I've been a huge fan of Leito's animations for a long time. It's my opinion that despite their age and a few quirks, his Fallout 4 pack is still the best one available. I felt it was needed to create an updated set of  XMLs matching the current format used by AAF that didn't rely (too much) on unsupported mods to work.

IMPORTANT NOTES: While I've done my best to correct things, at times erectile dysfunction, pokethrough, and clipping will still occur either through desynched animations or a morph not going off when it should, these are engine limitations and there is nothing anyone can do about it.

HARDSHIP 1.59B and below users must uninstall and update to 1.5.9C or above to avoid serious conflicts.

These were previously included in HARDSHIP - beggar - whore -

-Mute Moans -- Installs silent sound files for vocal aspects of FO4 animations by Leito, BP70, and Savage Cabbage, while leaving the sex sound effects in place. Select this to get rid of potentially distracting and/or gender inappropriate sounds. This uses the same technique as mods like Custom moans, and manly moans and is perfectly compatible with them.

Install/Rule in Vortex/Left pane organize in MO2 the following in this order:

Advanced Animation Framework v 123 or higher --- and all it's requirements. Note to ensure alignment, leave the scale_actors_for_animations option false in the AAF ini.

<Other animation packs go here> -- Make sure they are up to date or you may get conflicts with items below.

For Creature support without gay sex:

Install Staged Leito Plus Erection Fix with your Mod Manager (MO2, or Vortex) 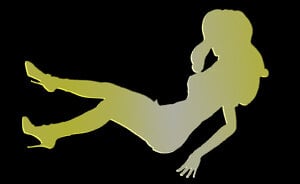 There is nothing especially unique about these XMLs It's based on experimentation and observation of how others did it. Do what you want with them other than reposting the mod as a whole. That said... consider not duplicating efforts unnecessarily. I saw a need here to update these which is why I made this. It helps nobody if there is 90 versions of the same thing floating around, which is why I didn't touch gay positions, because Ulfbearth had it handled, and I also work closely with him so our mods don't cause problems for eachother.

@Leito86 Thanks for all the great animations.

@Ulfbearth for being supportive and helpful, and for his great mods.

@Saya_Scarlett for quickly adopting this in her guide.