Monilee took one last walk through Helgen, looking for any sign of survivors. There were signs of battle, for certain - and signs of the dragon's fiery wrath. Corpses as well, some fresh, some charred to cinders, and judging by the smell more buried in the ruin of Helgen's homes and businesses. But no signs of life. And as the dragonfire-warmed stones began to cool, the chill wind made the gutten city less and less comfortable by the minute.

So returned by the way she came, forging north until the old border post that formed the south wall of Riverwood loomed before her. Thinking back to Alvor's words the day before, she was pretty certain he'd said the head of the town was Gerdur, owner of the lumber yard. The sun wasn't quite set yet, so Monilee set off for sawmill, and came across Gerdur pretty quickly, supervising a pair of workers stacking  logs - probably the next day's work for the sawmill. 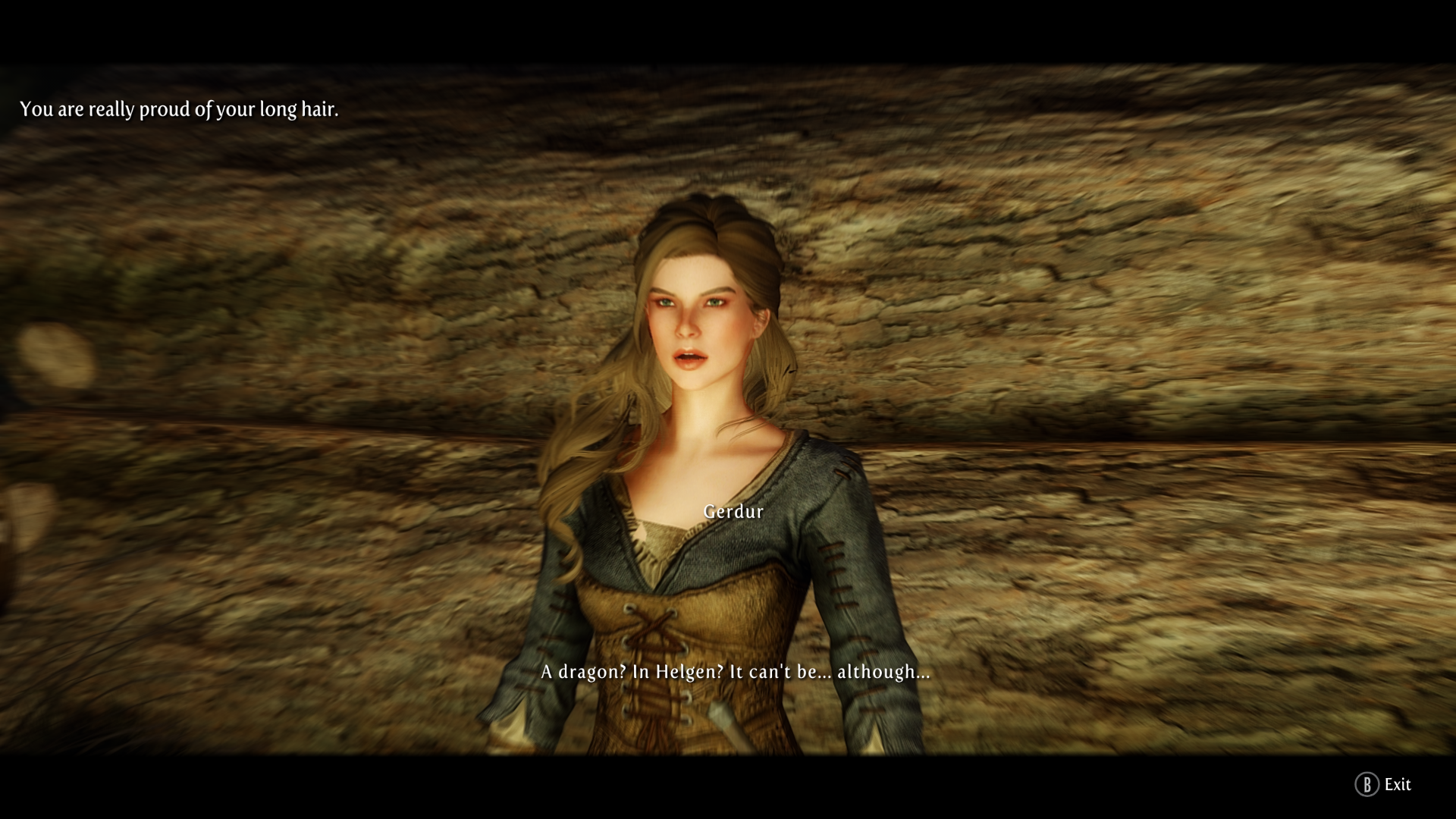 Gerdur confessed she thought she'd been seeing things - but she'd also seen the dragon as it flew past. She might not have trusted her own eyes, but as she put it Monilee 'had the look of someone who's just seen a dragon." As she spoke, the realization of the situation seemed to sink into her. Explaining that Riverwood was defenseless, she pleaded with Monilee to continue on to Whiterun and warn the Jarl. With the world fast darkening to twilight, Monilee didn't waste any time continuing north towards the Jarl's hall.

On the way, a particularly brazen highwayman actually had the nerve to tell Monilee he was charging her a toll. On another day, she might have negotiated, but she didn't have time now, so she gutted him on the spot. No one further troubled her, though as she reached the outskirts of Whiterun, dark clouds ominously collected, threatening to drench her in the last stretch of her journey. Pushing past the throngs of war refugees huddled around the city gates, she addressed the guards.

"Let me through! I have word of Helgen, and the dragon!"

The guards exchanged glances for a moment, but quickly acceded - with a warning that Monilee was to proceed directly to the Jarl's palace.

Just short of the stairs to the palace, in a plaza that housed a great white tree, Monilee's doppelganger stopper her short.

"Be careful, hero. This place is claimed by the Webspinner. Tread lightly, lest you become caught in her web."

The Webspinner. Mephala, prince of murder, secrets, and sexuality. A daedra lord whose true portfolio is unknown and unknowable to man or mer, but whose fruit is terror. Monilee nodded slowly Then the gates to Oblivion truly are creaking open, aren't they? 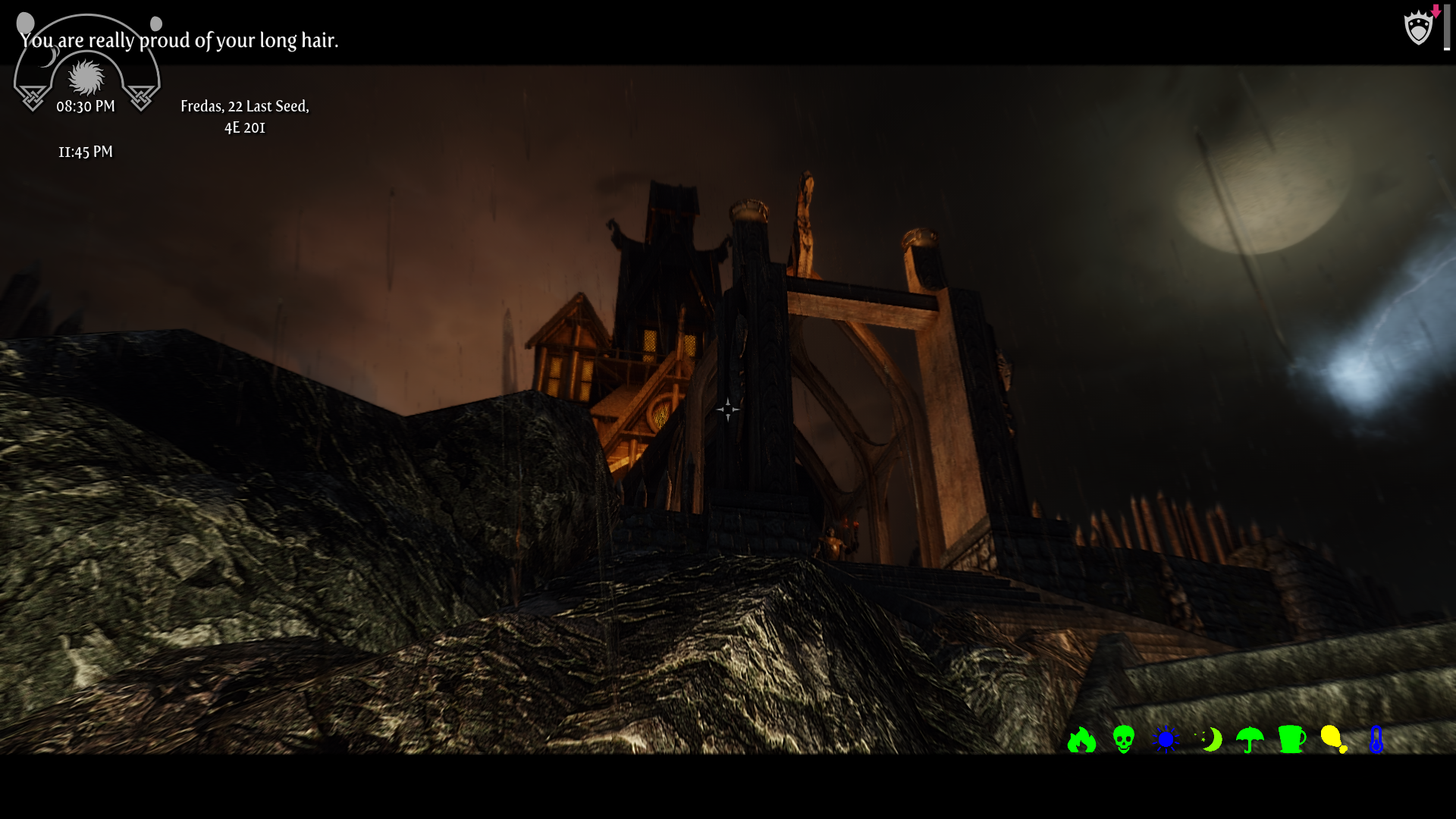 The palace, Dragonsreach, was a sight to behold. Crowning the highest hill of the city, its warm lights promised that business was continuing well into the evening. Monilee desperately hoped she'd be admitted - and that hope was realized as a guard unlatched the thick wooden doors for her. Her heart pounded and her cheeks were warm. Was it the brisk jog up the stairs that had warmed her up? No, she admitted... her mind was thinking back to that Khajiit bandit. The way his guts had spilled out and coated sword and swordarm alike in gore. All that had washed away in the pouring rain, but Monilee kept thinking back to it. She smiled to herself as she ascended to the Jarl's feast hall. This was what it meant to be the master. Never to be subjugated again. Never to be enslaved. Now she had strength. Power! And in Skyrim, power was freedom.

Lost in her thoughts, she almost walked into the Dunmer woman who challenged her. 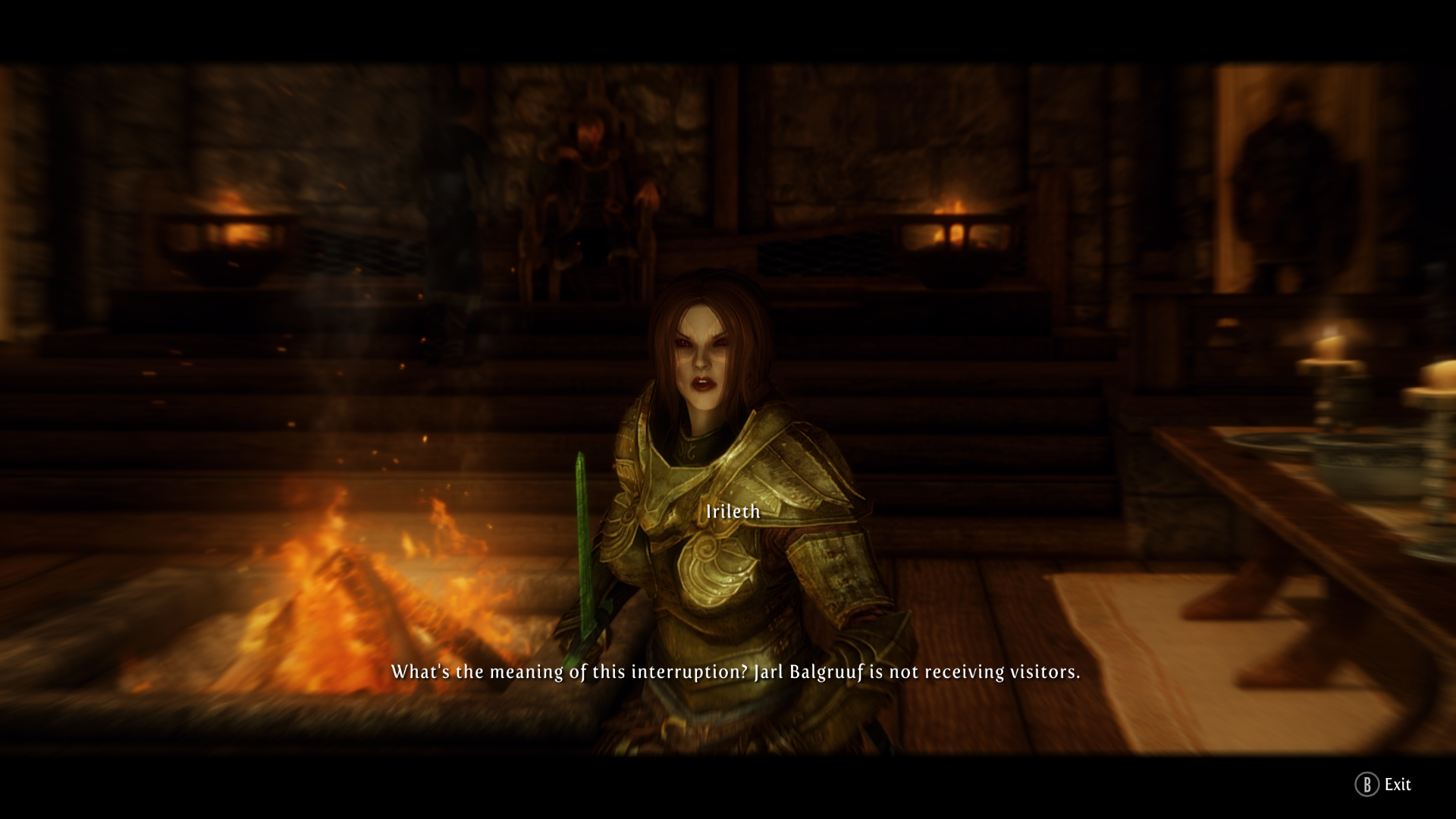 Evidently, the Jarl was not in a mood for visitors. However, when Monilee revealed that Gerdur had sent her for help, this changed Irileth's attitude almost instantly. Monilee explained all she knew and was quickly ushered forward to the Jarl's raised dais. 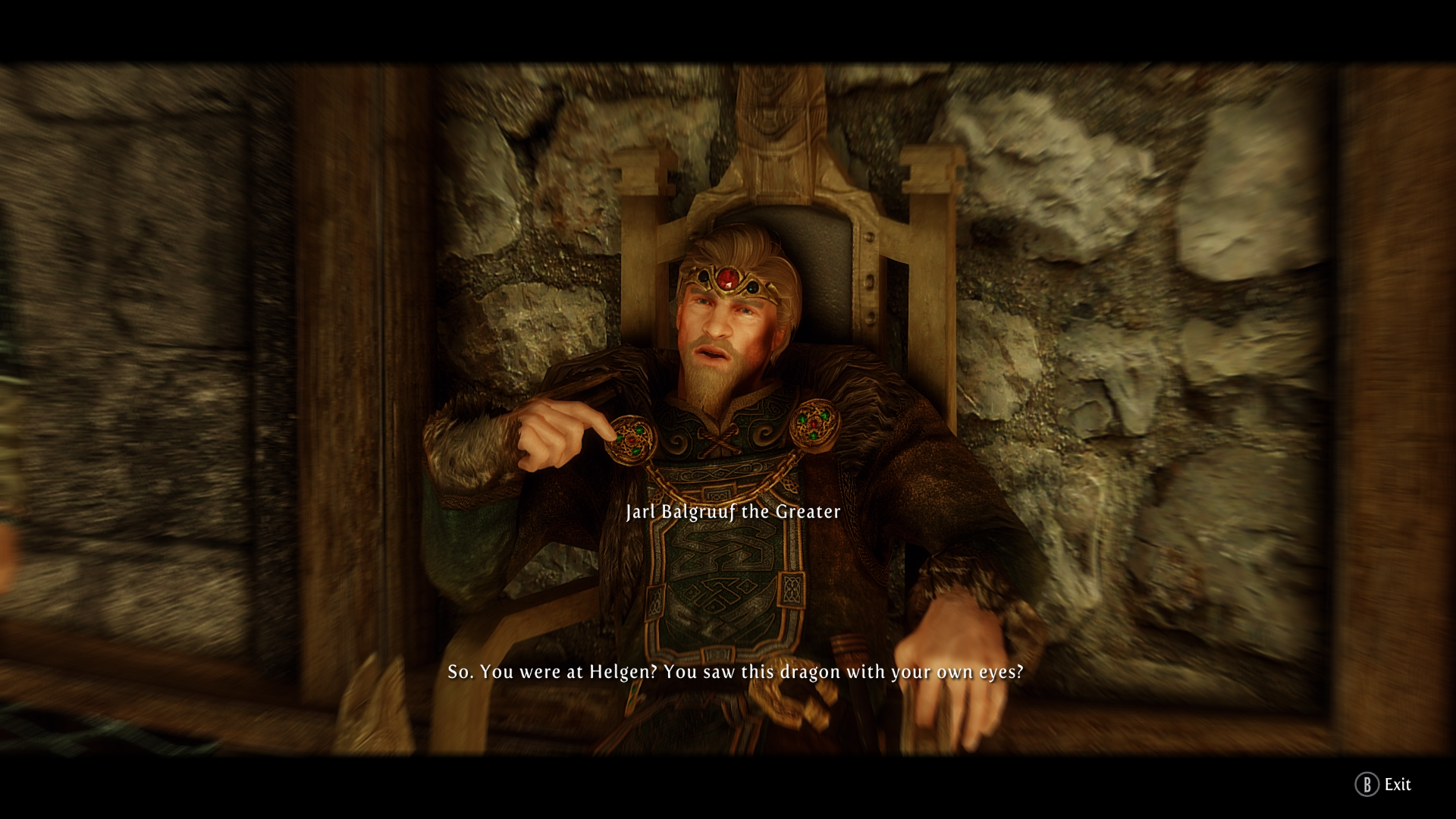 Her explanation to the Jarl seemed to crystalize something in him. The court roused from their quietude as he issued orders - troops to Riverwood, a reward for Monilee's haste in bringing the news, and... a mission. It was actually the Jarl's court wizard, Farengar, who set Monilee on her task. She was going back to Bleak Falls Barrow.

No SLaVE related matters to report in this session, though the main quest has now progressed to the point where the next session should contain significantly more SLaVE content.