This mod adds a medium sized vampire castle to Skyrim and various screenshot locations (accessible via the carriage in the court or the location access room). It is located in north west of Solitude.
Even though normal house usage and gameplay is possible, it is intended for taking screenshots. 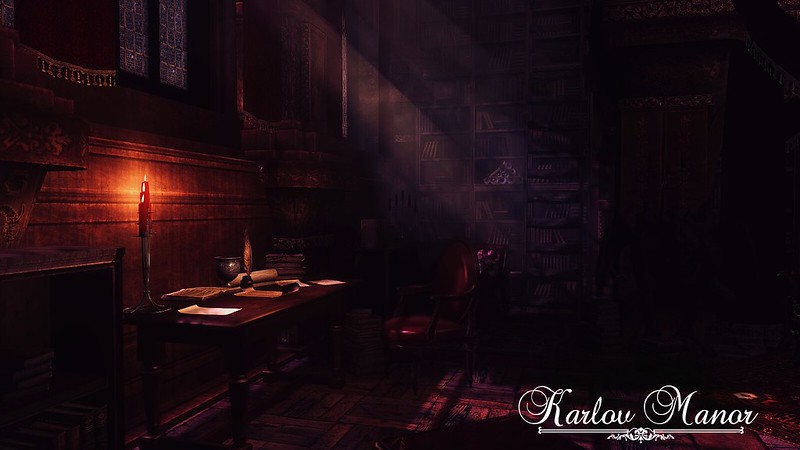 Are you a millennia old vampire and tired of living in Harkon's dreg heap of a castle? Are you looking for class and luxury and a place to live your devious, bloody vampire fantasies?
Fortunately Baroness Nora Karlov had to leave Skyrim on urgent business of the realm, and she was kind enough to grant you living rights in Karlov Manor during her absent.

This mod adds a medium size manor to Skyrim. It is kept in a dark fantasy baroque style fitting for a vampire character or similar. The castle is located west of Solitude lighthouse, or accessible via the console ("coc ACCastleEx").
The manor features a large living area with various rooms. In an underground area you'll find thrall dungeons for your bloody needs, as well as crafting areas. Furthermore, this mod adds a gothic church/chapel dedicated to Molag Bal. Besides the mod adds various locations I used in my story blog "Of Blood and Pleasure" accessible via the main hall and a secret area. 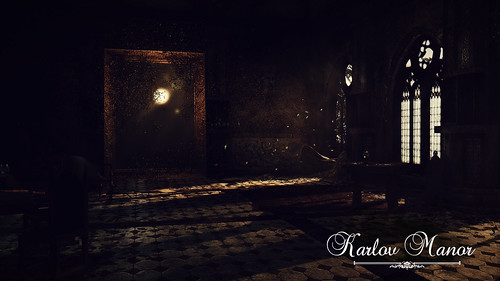 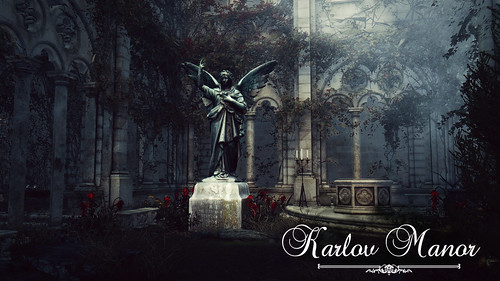 Furthermore this mod features several screenshot locations, accessible via the carriage in the court or the location access room: 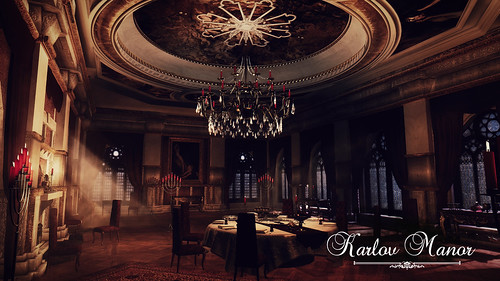 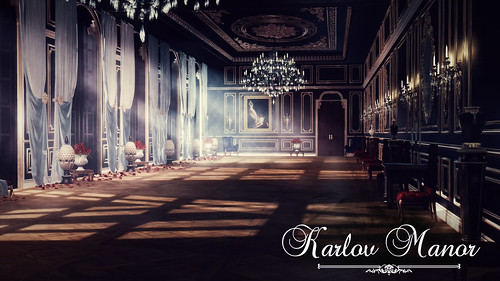 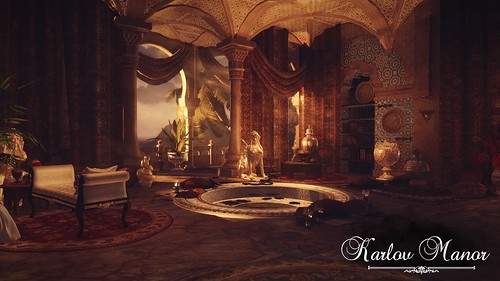 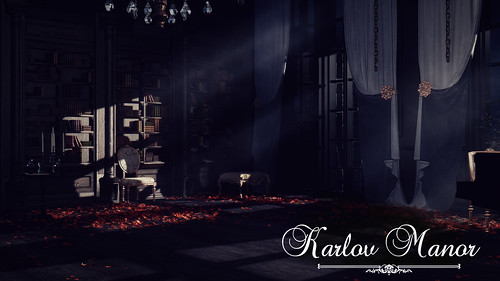 This plugin must not be shared commercially.
The rights to the game, all official plugins, additional files and the Creation Kit are property of Bethesda Softworks.
Used external resources (listed below) in form of textures, models, sound effects etc. are property of the original authors.
Please do not distribute or offer this mod for download without my permission to do so. Any upload to the Steam Workshop, Bethesda.net, ModDrop and any form of console ports are prohibited.

Many of the used assets are from a store called "DAZ3d" (https://www.daz3d.com/shop/) which is effectively a stock database for 3D assets. Those can not be uses anywhere without acquiring the respective object and license from the store. (List below)
For any kind of permission please contact me first.

Myst for beta testing
2xGHoSTx2 for beta testing the SE version
Artsick for improving various meshes and general advice.
Everybody who provided feedback and bug reports after release
All readers of my Skyrim Story Blog "Of Blood and Pleasure".

Everyone who created modders resources and allows the use of their assets. 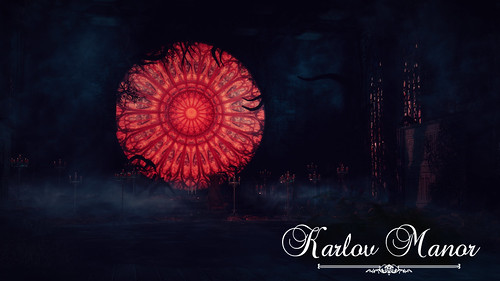 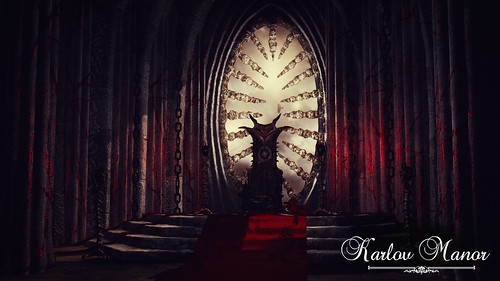 Thanks for reading and downloading, have fun! 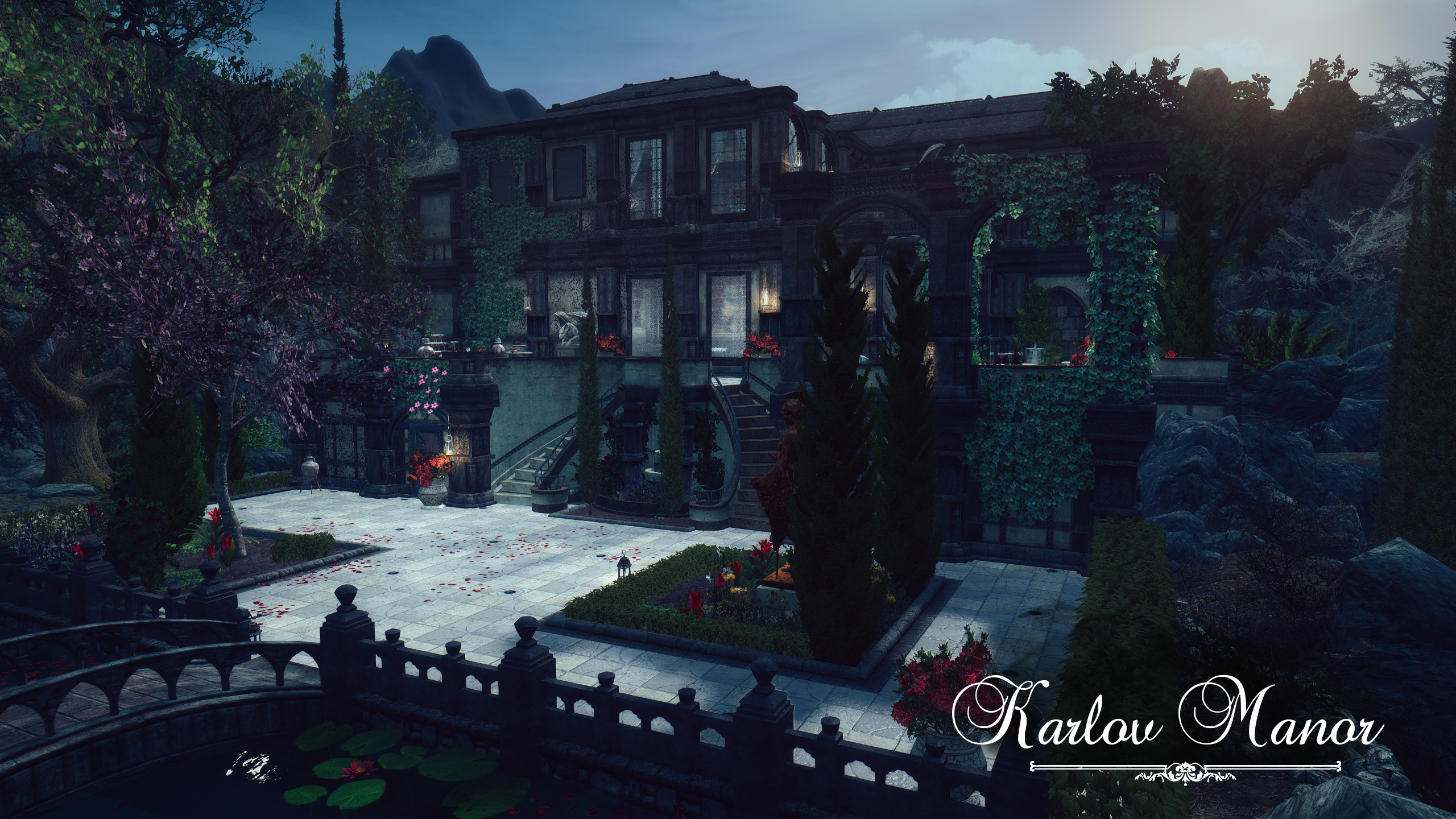 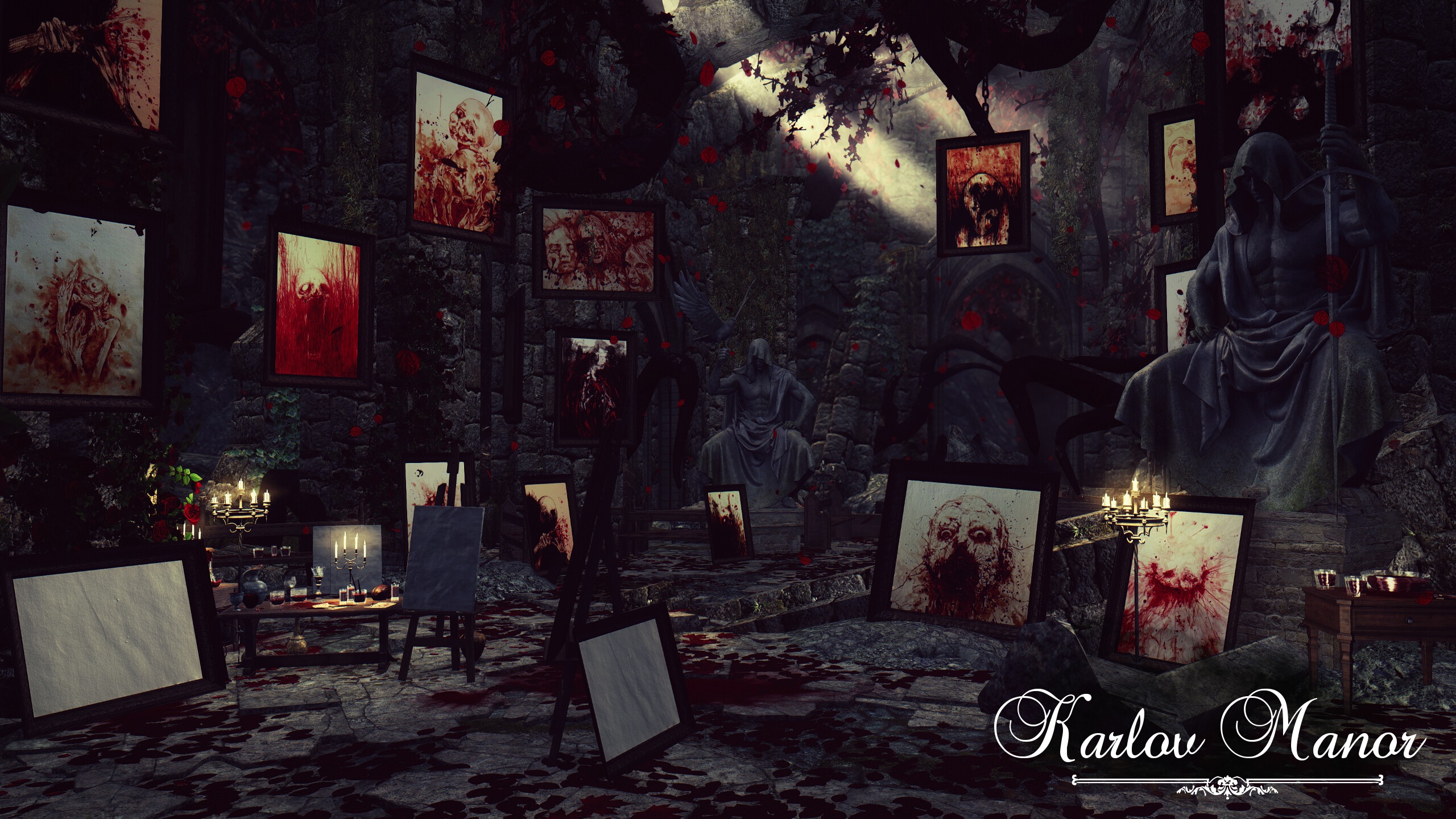 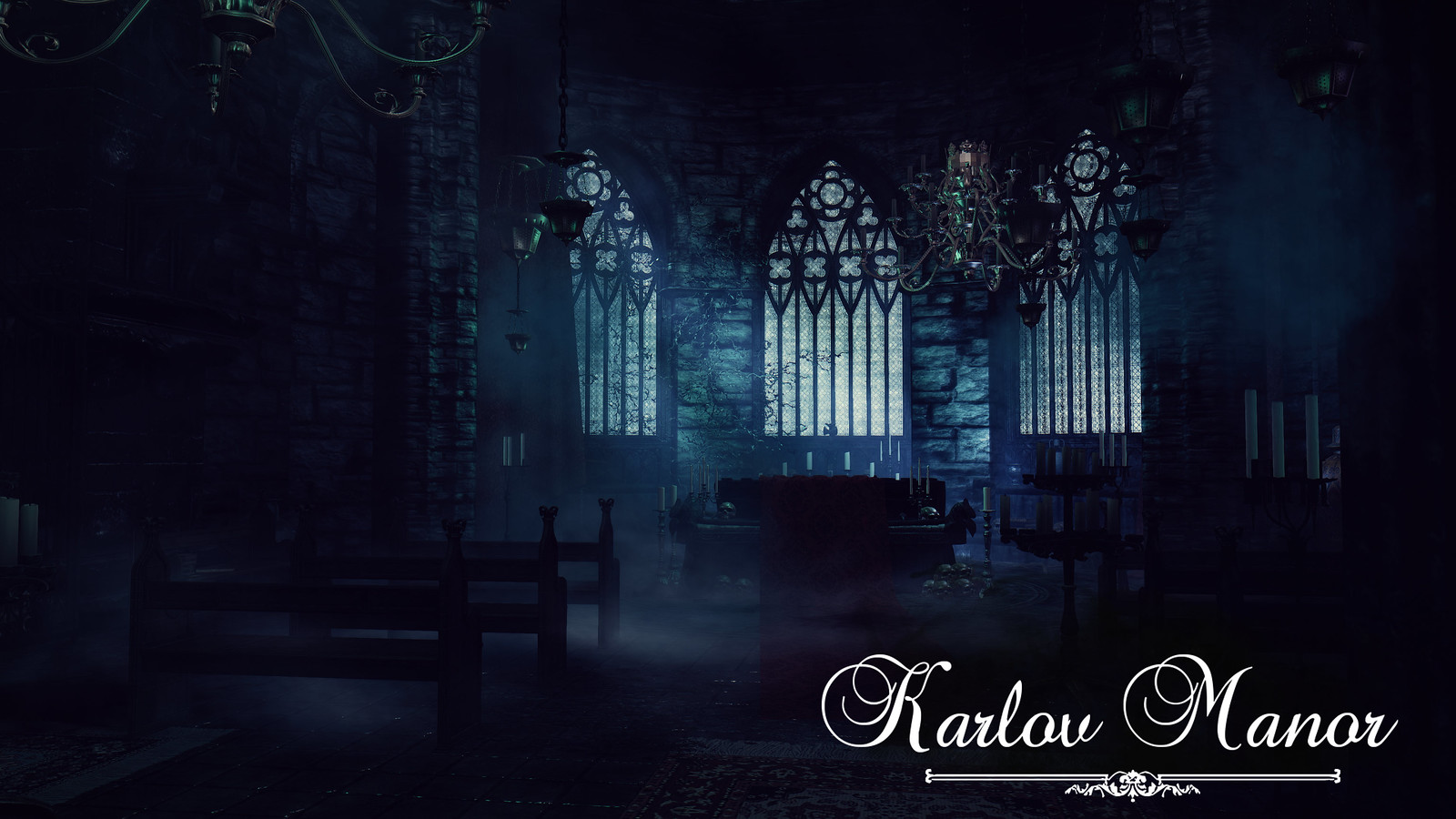 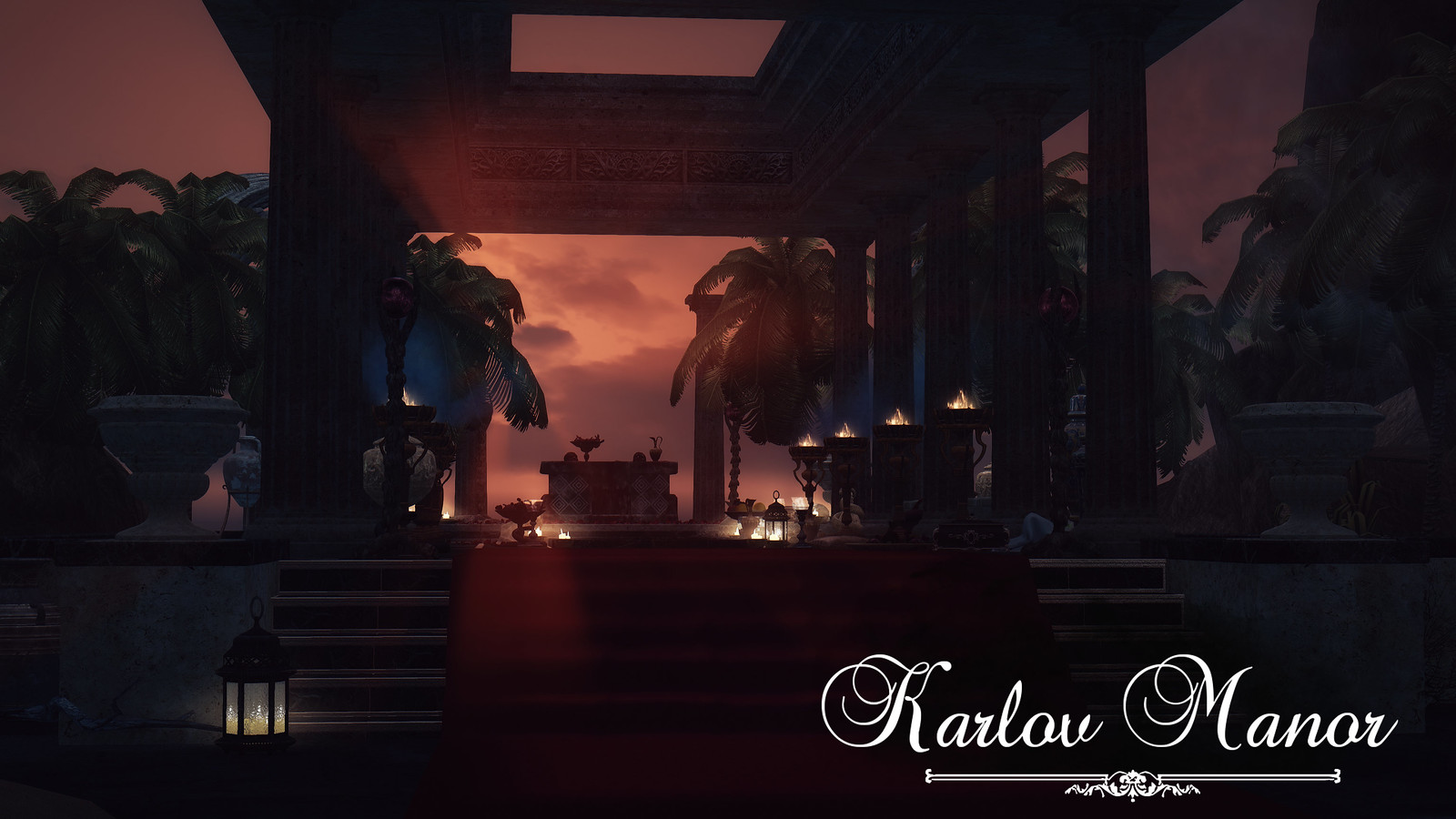 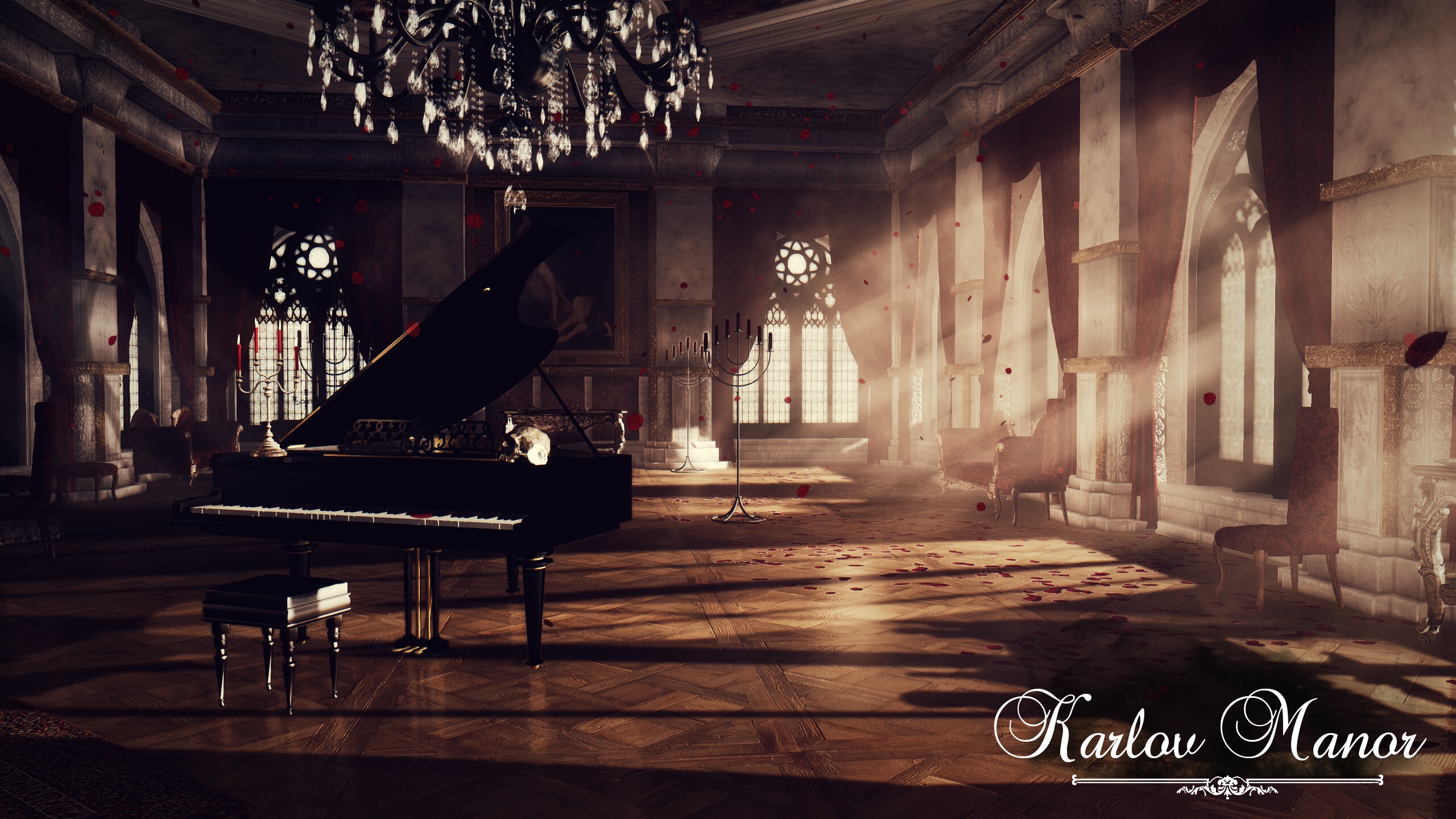 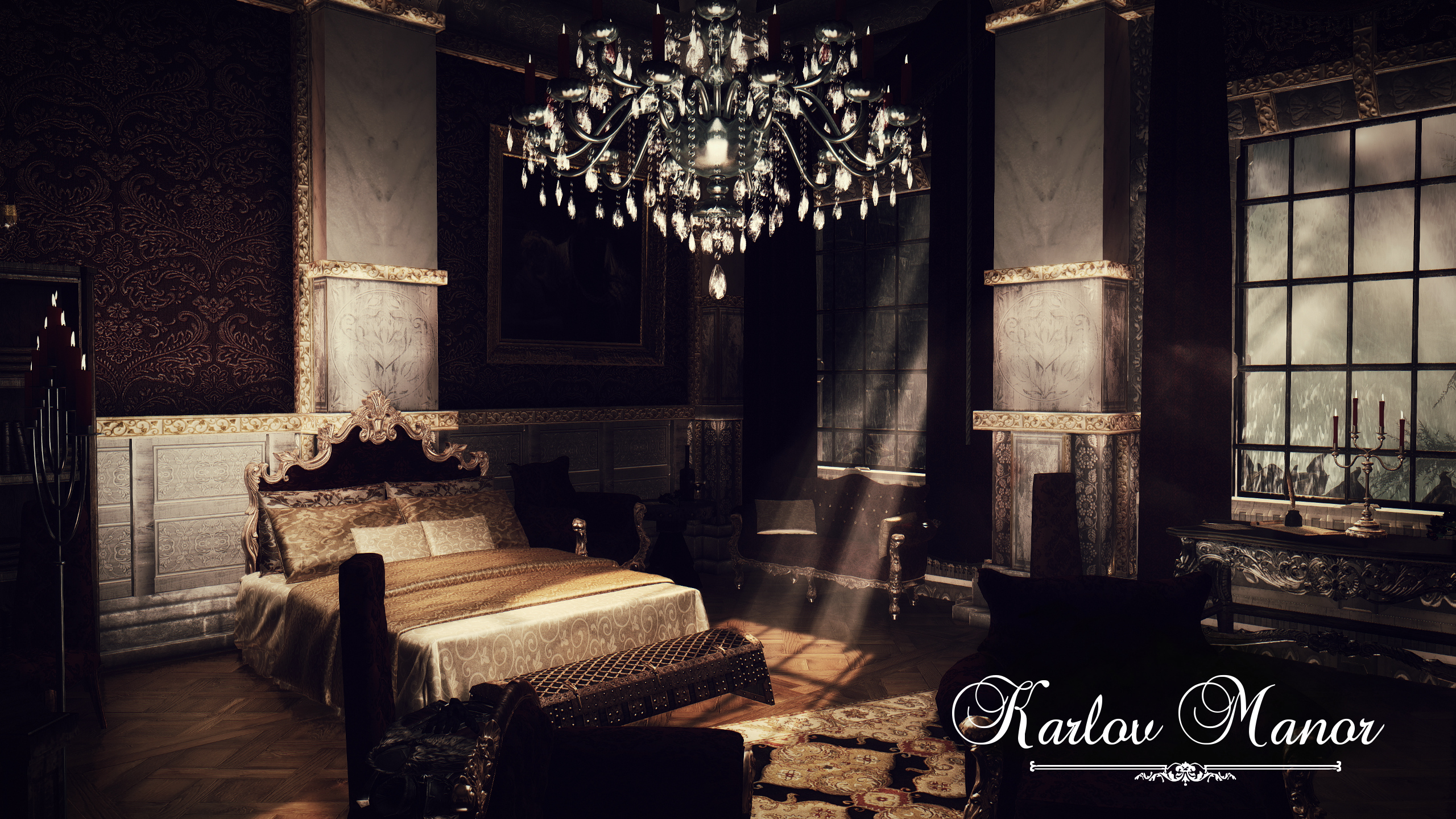 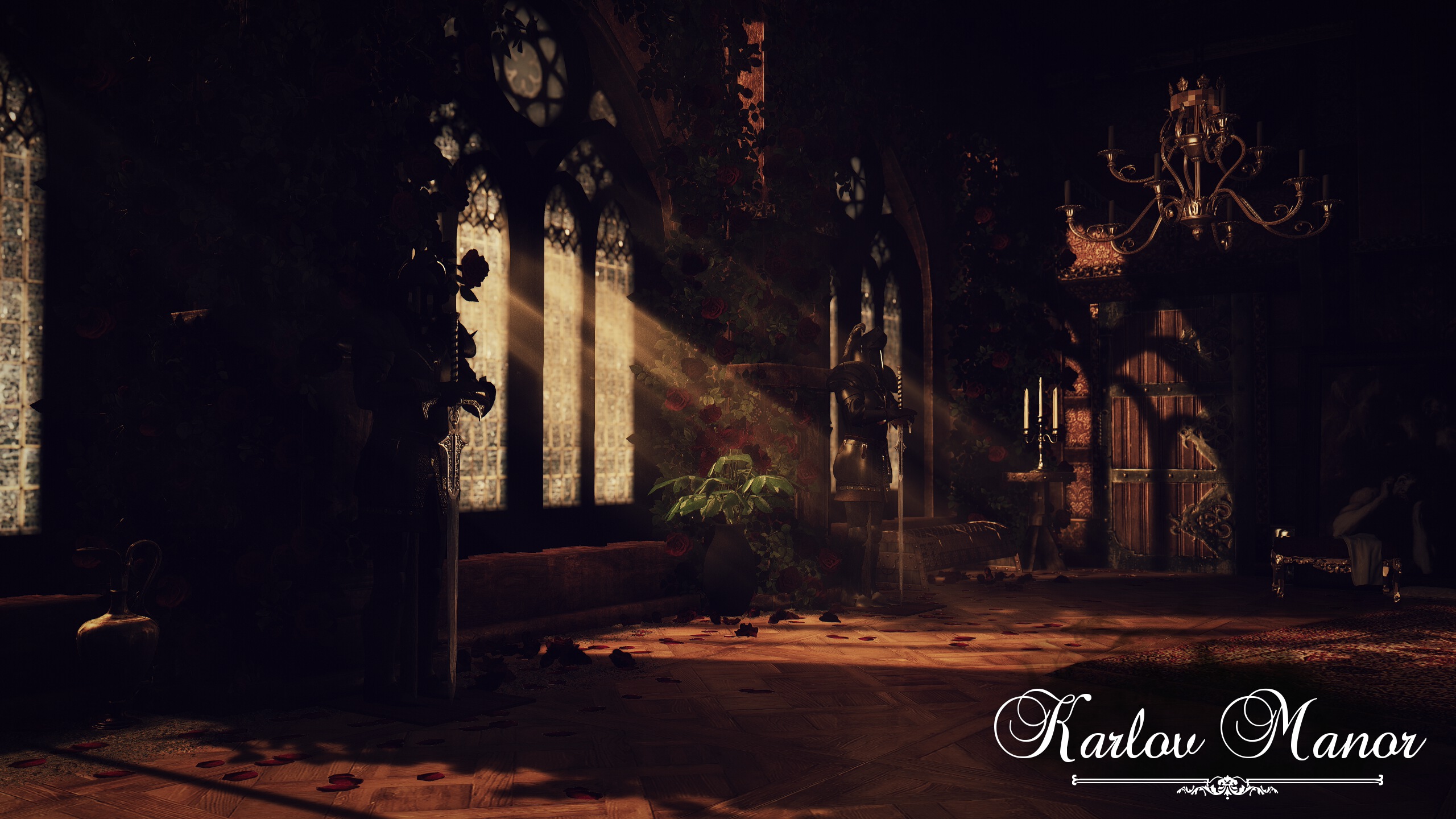 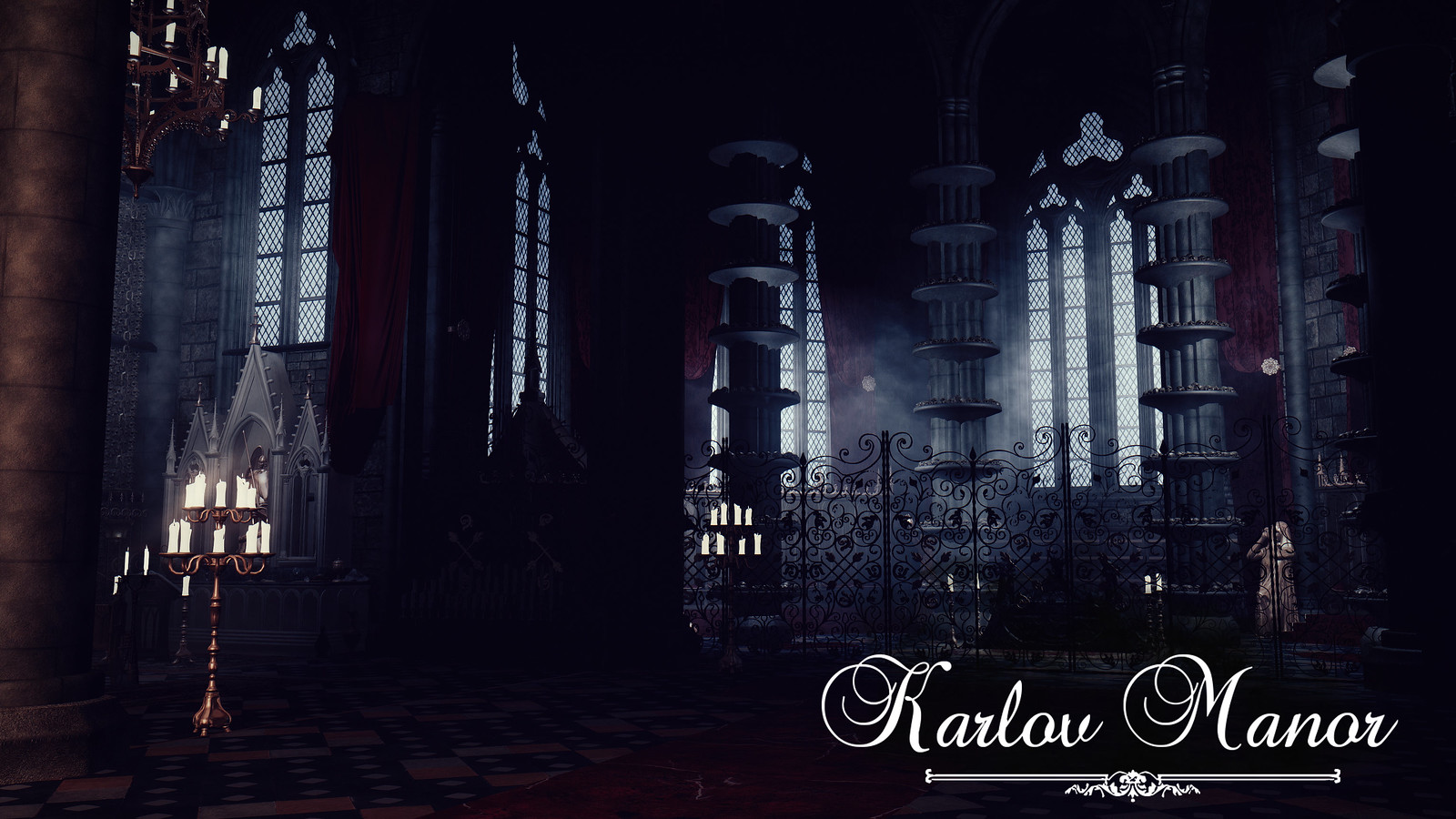 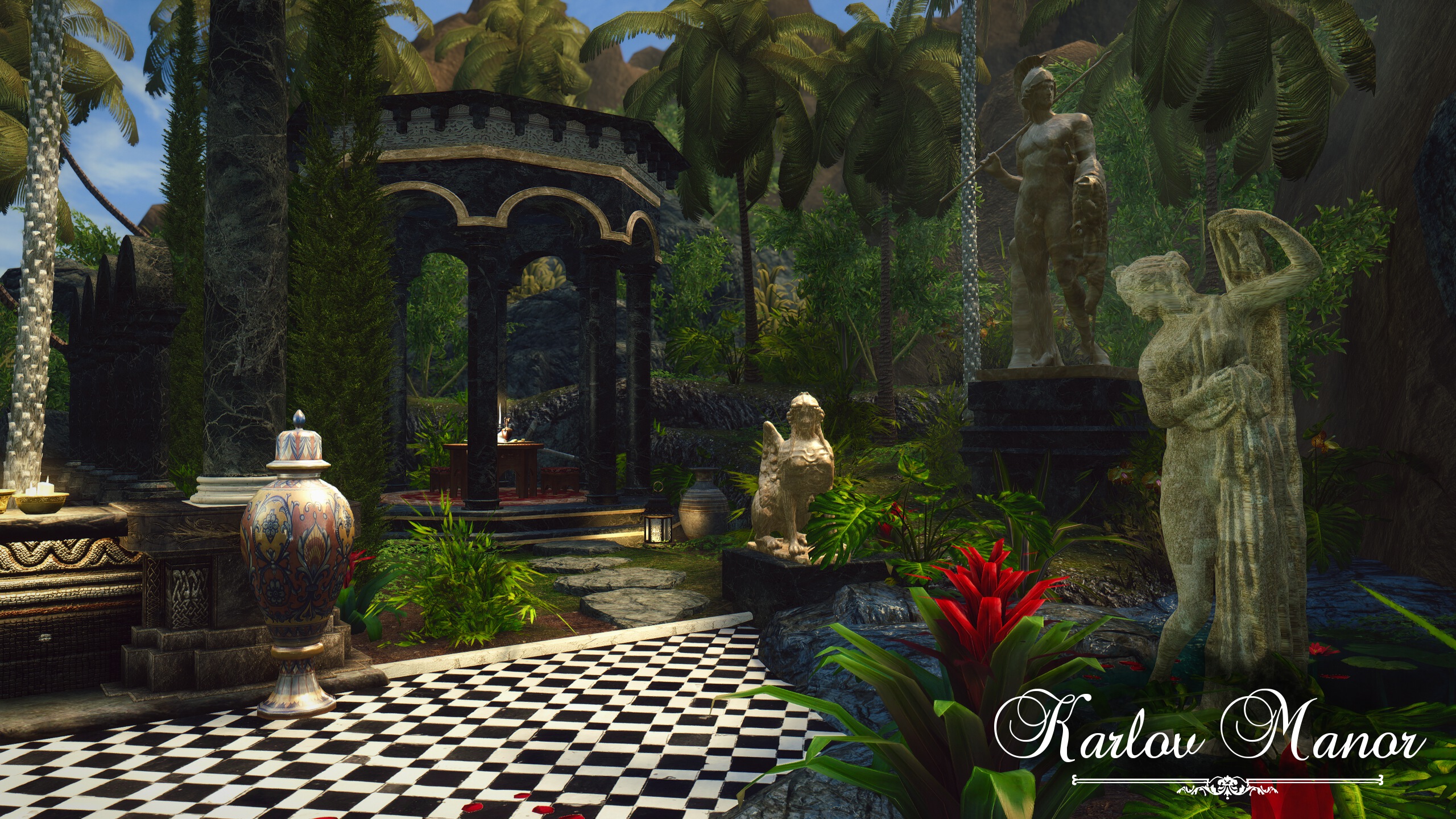 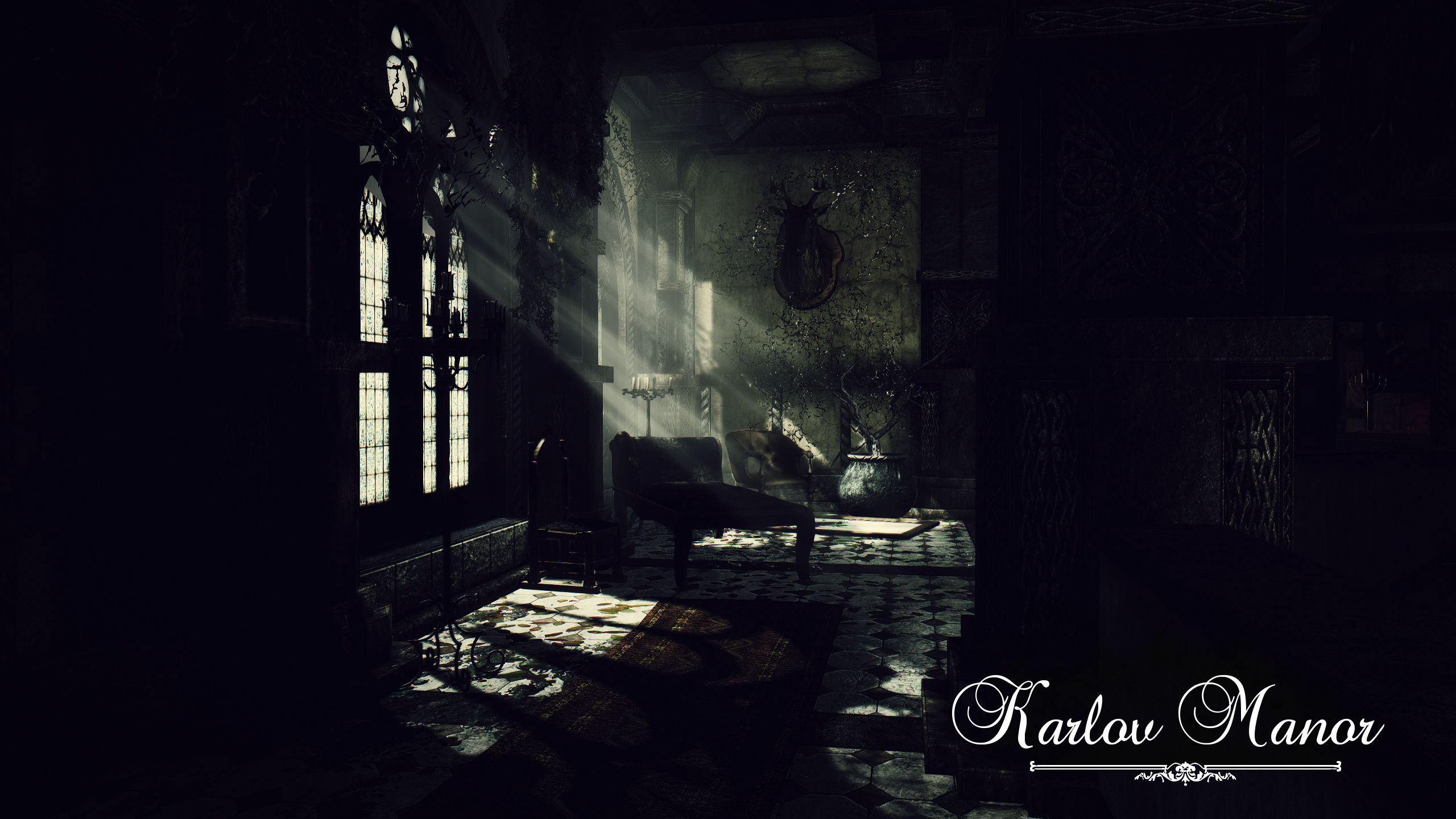 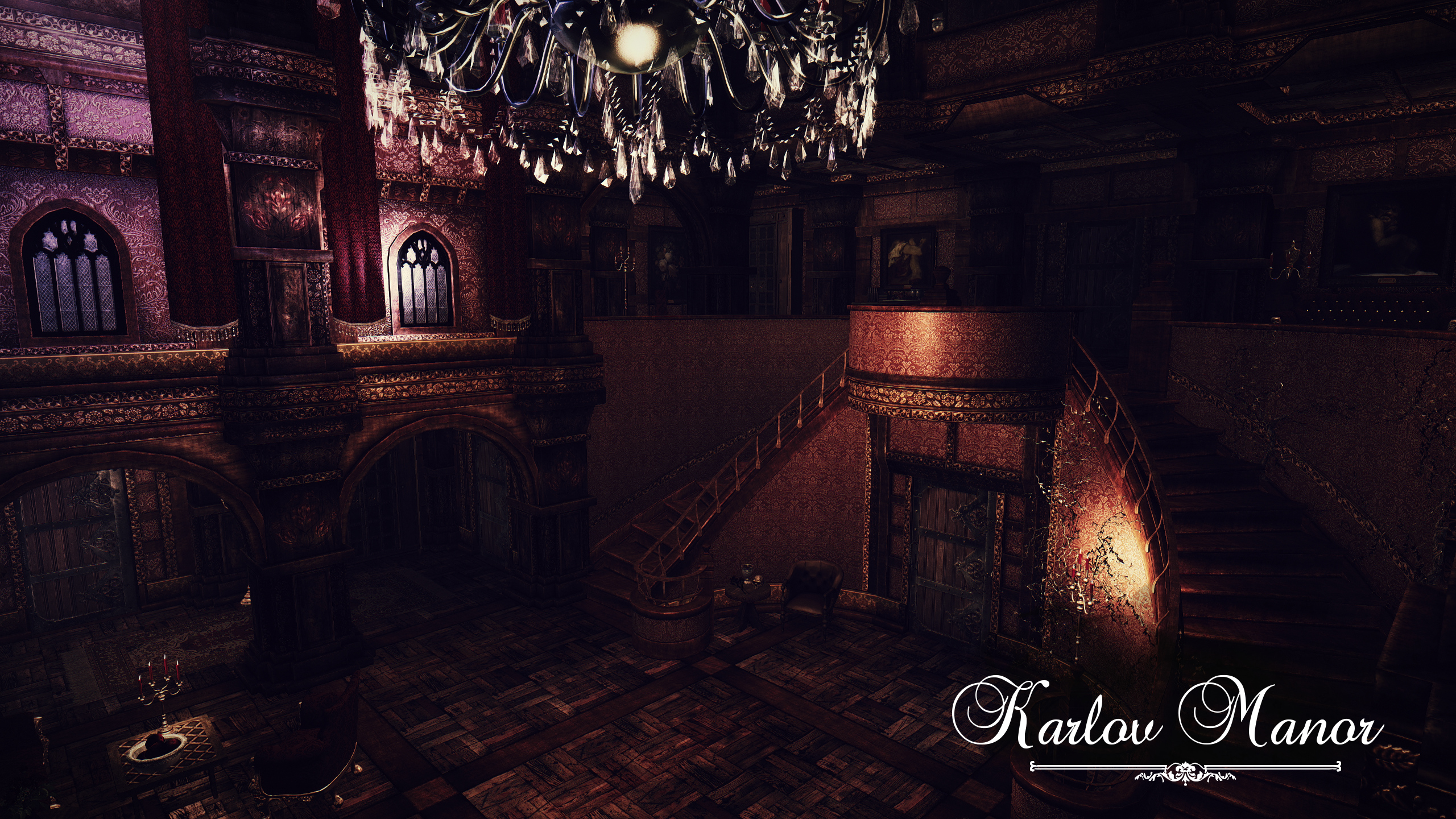 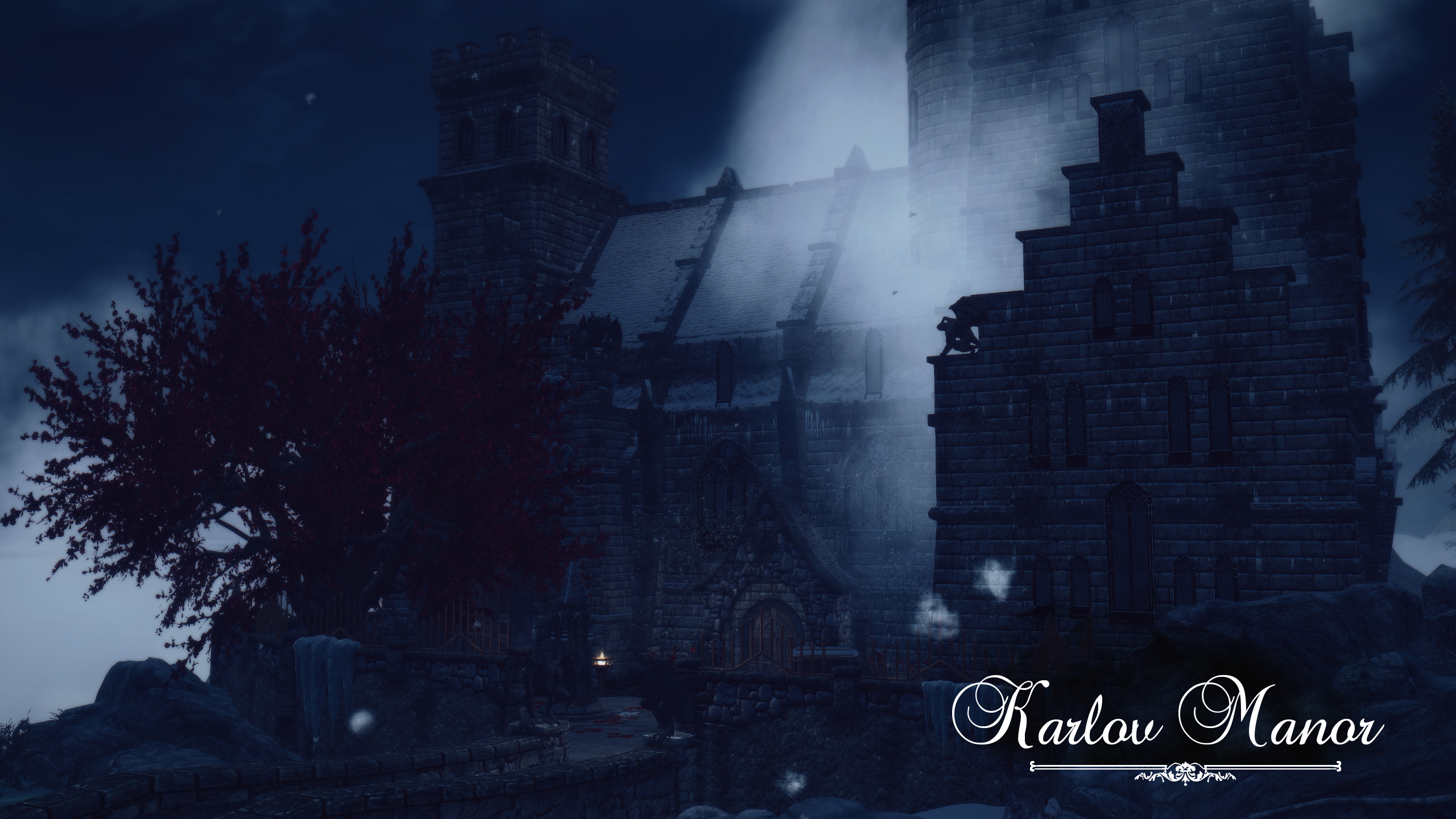 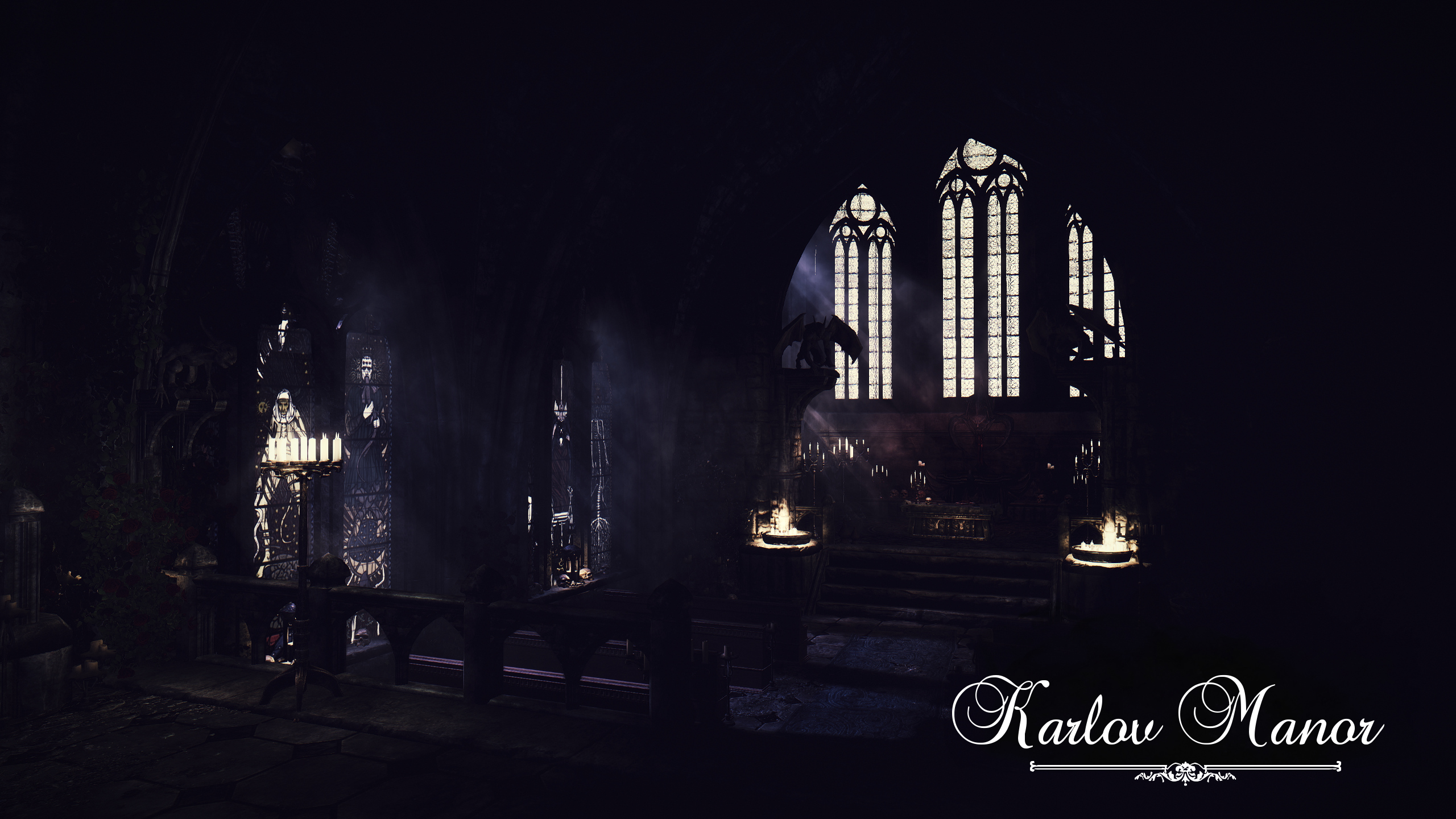 
SE only:
- Fixed broken LODs in the High Rock Worldspace at the Sanctuary
- Fixed the bedframe not appearing on SE

- The weapon plagues are now usable
- Cleaned all used assets to reduce disk space usage
- Added gameplay functionality to the church of Bal, you are now able to get 'Blood of the Ancients' by praying at the Molag Bal shrine
- Added a cleaned up version of the dark room in the first floor
- Removed the night version of the library (it's now part of the main library)
- Expanded the travel system
- Fixed the clipping leaves on SE in the Courtyard
- Fixed the Bathroom sink
- Fixed the not activatable gargoyles in the Guest Bedroom
- Fixed various clipping errors
- Fixed various chairs and furniture to be usuable now
- Fixed various floating objects
- Fixed smaller navmesh issues
- Fixed various .nif issues

- Several doors to various rooms changed
- Removed the Gargoyle Balcony from the main building, it is only accessible via the location selection area.
- Reduced overhaul red/orangeness of the light
- Further optimization in terms of the amount of candles used which should increase the draw distance

Version 1.0.1:
Made Karlov Manor it's own location
Redone/Improved textures for the golden room, Amelie's room and Valentina's room
Redone textures for the knight armors in the west wing
Redone/changed textures for the golden mirrors
Various Bookcases are now containers and can be used for storing items
The Molag Bal seats in the church are now useable. Watch your neck!
Reduced the total number of candles a bit
Tied many candles to the light enable/disable system in order to increase the draw distance of the candle flames in the main hall
Adjusted Erics death year to no longer be in the future
Various room bound optimizations

Fixed an issue where some god rays would appear green to some players
Fixed a bugged texture of a knight armor that could cause a crash
Fixed a missing blood texture that was used by some of the blood glasses
Fixed a texture bug of an unsupported L8 format
Fixed a room bound problem regarding the entrance of Amelie's room
Fixed the collision for the cellar load door.
Fixed a deleted navmesh in the exterior cell
Removed identical to master records
Various smaller cosmetic bugfixes