From the last episode, we checked out if MO2 and SKSE64 will work just like we usually do in modding Skyrim LE and Skyrim SE. We proved it somehow that it works just fine, we somehow manage to make the MO2 and SKS64 work like they should be outside and inside the game.

Going back to our business, first is we just need to go back to the extracted SKSE64 folder we left before. Go inside the Data folder.

You will find the Scripts folder there, and then right click that folder to compress it by using a compression program.

Then the Scripts file was converted into a compressed file just like whatyou can see below.

Then go to the MO2 program and we will install a file using the Install Icon. 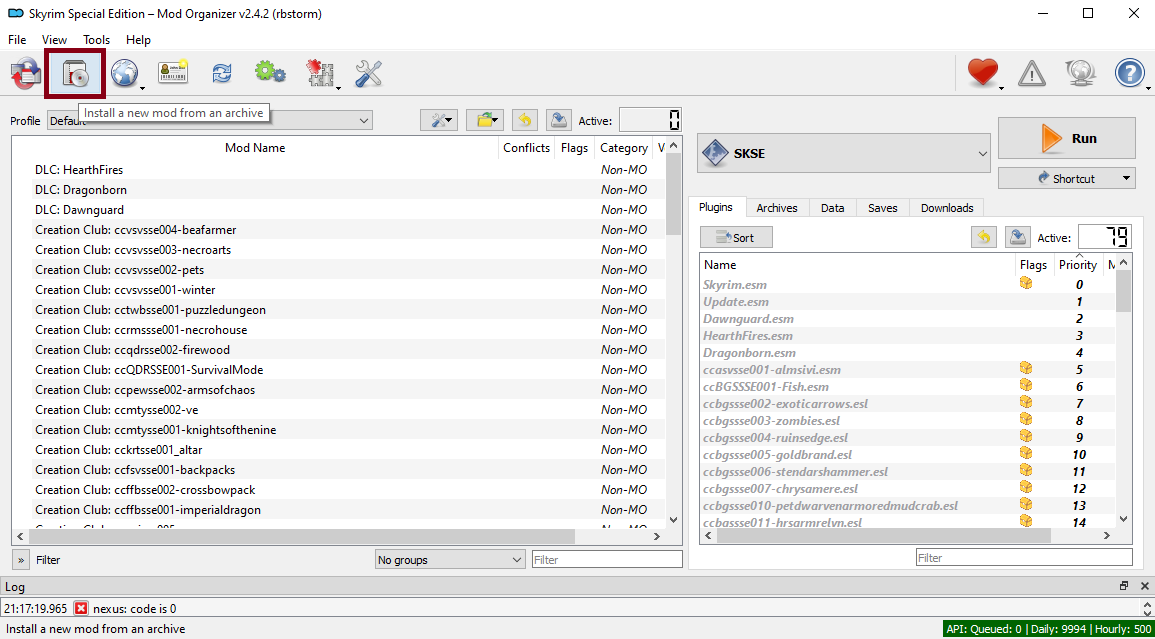 Just find the Scripts compressed file we made earlier and try to install this my using this method. When you found it then tap the Open button below. 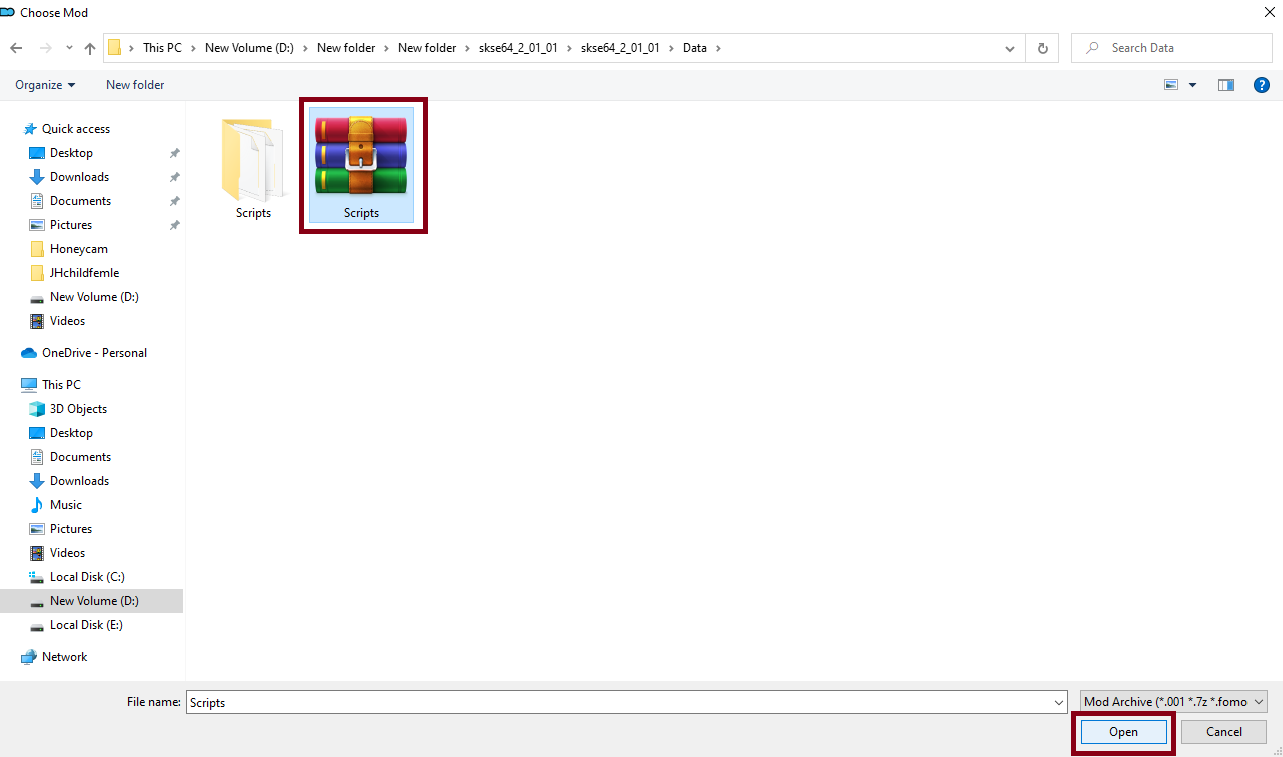 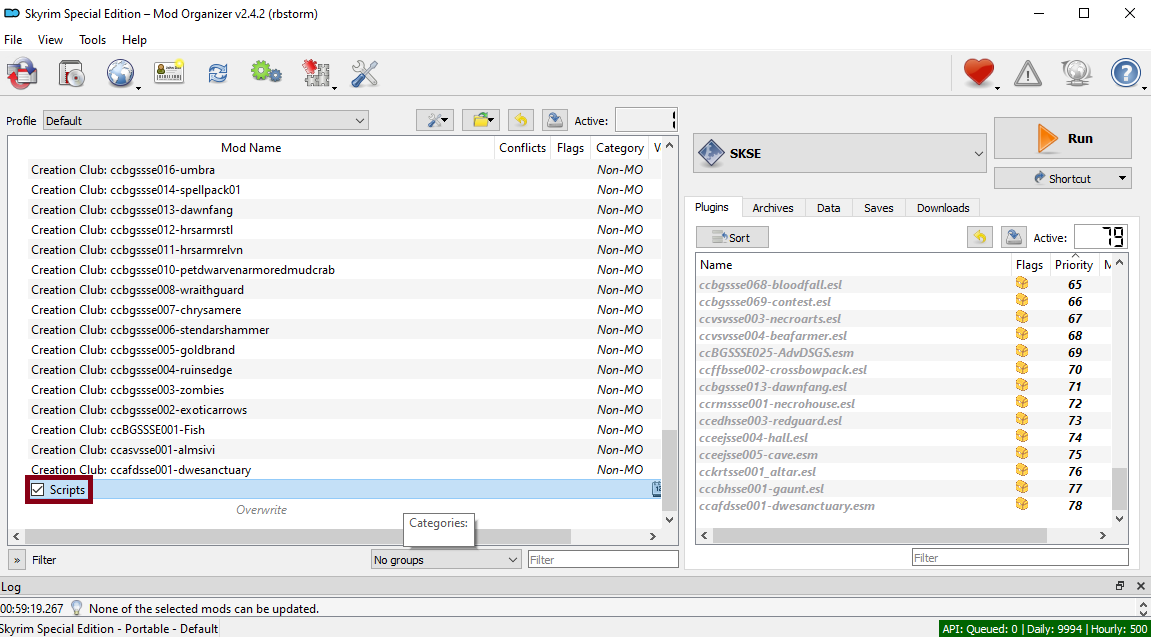 To find out if the Skyrim SE mods will really work in Skyrim AE, we downloaded some of the essentials mods we usually used in modding Skyrim. And maybe different to you but for me in this case, the goal of this modding is for experimentation and research to find out what are the mods that will really work in this game.

Then I first installed the SKSE64.ini Predownload which is for the settings configuration of the SKSE64 and the Unofficial Skyrim Special Edition Patch which is a requirement for some mods to work in the game. You will notice that the USSEP has produced the very first plugin in MO2. 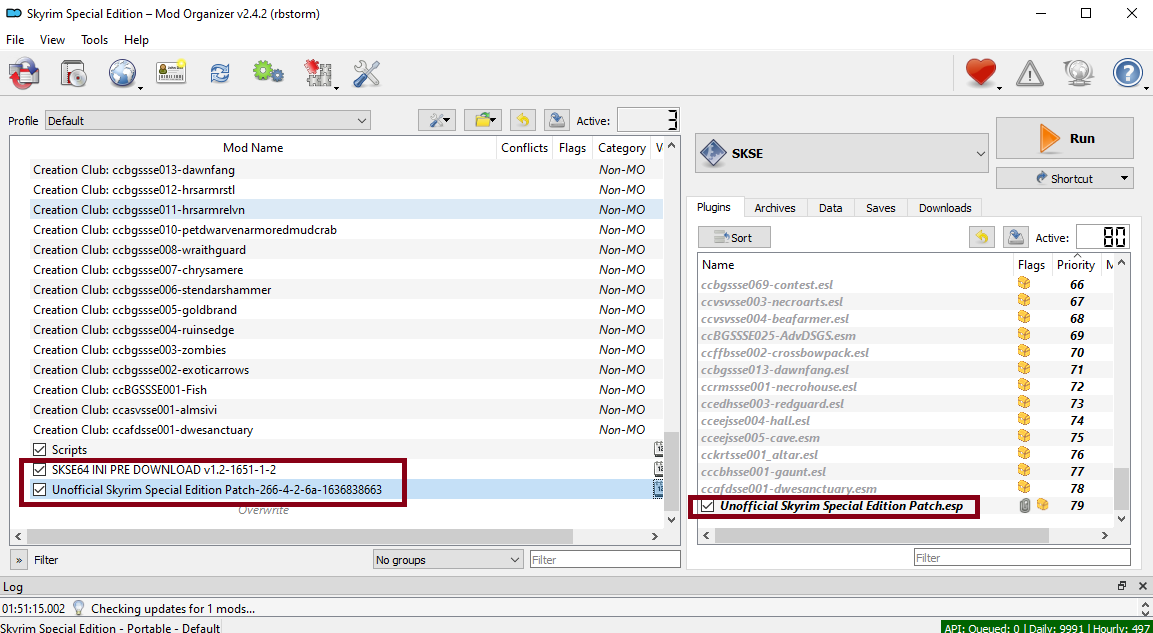 And then I also installed the Cathedral Weathers, the SkyUI, the RaceMenu SE and the Alternate Start - Live Another Life SE. 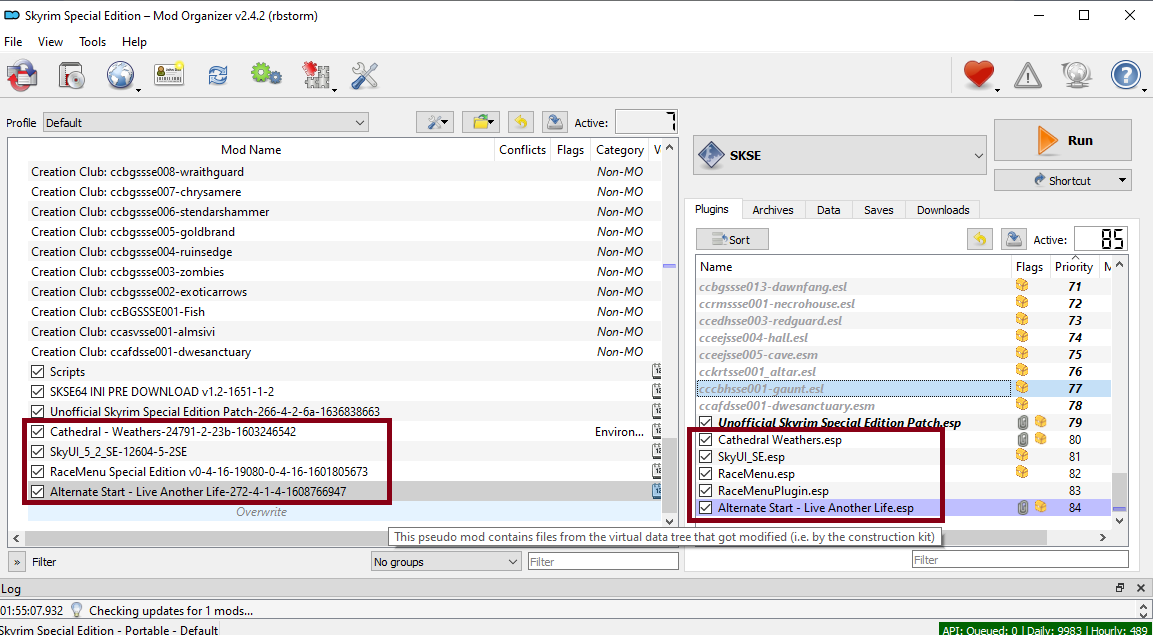 Since we would like to make our character to look good in game, first we installed the BodySlides and Outfit Studio SE. I just installed this mod just like what I did on one of my Blog. 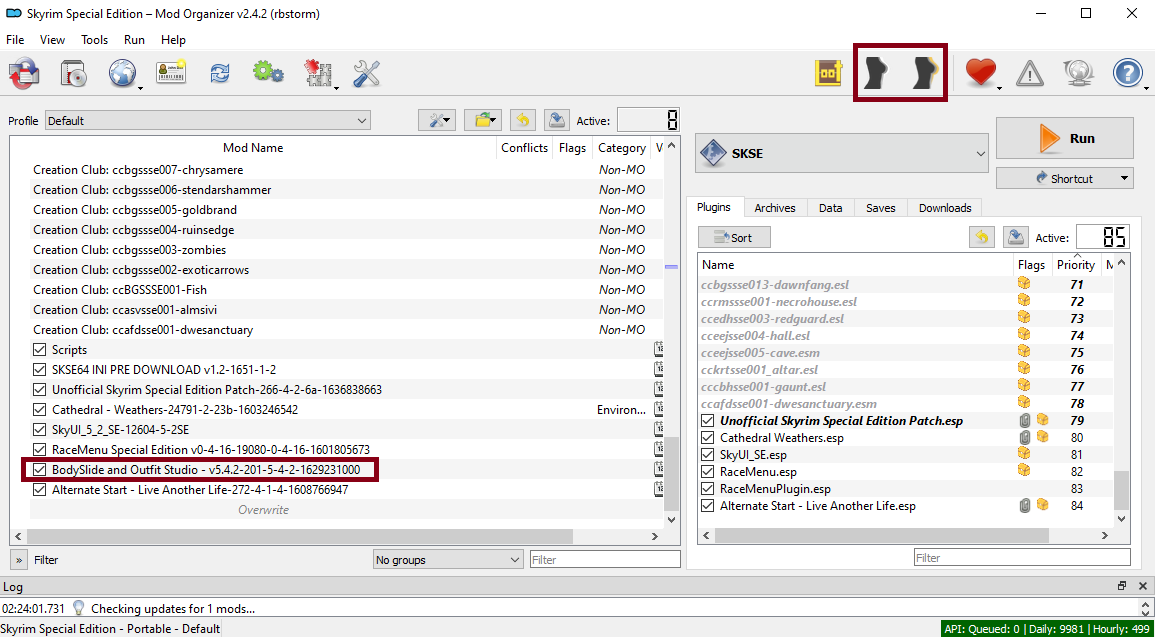 Then let us try to open the BodySlides Application to check it's settings. And the first window we will encounter is just like what we can see below. You will notice that it has a wrong folder path of the game so just edit this. Skyrim Anniversary Edition is also the Skyrim Special Edition that was just updated so just choose this game and tap the ... besides the Choose Game button which is currently active in the window. 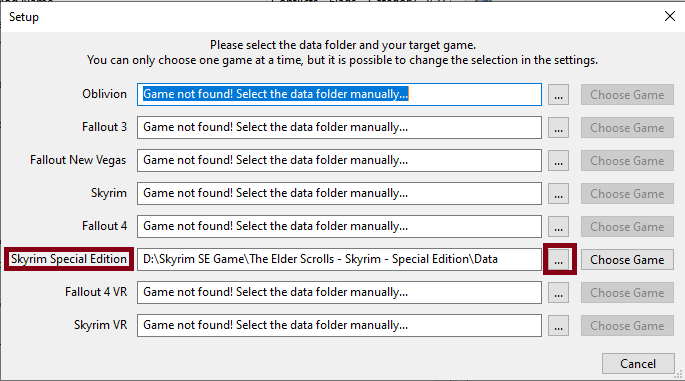 Then just find the correct path of the Skyrim Anniversary Edition folder and when you found it, tap the Select Folder button below.

Then when the correct path was listed just like below then you can finally tap the Choose Game button there. 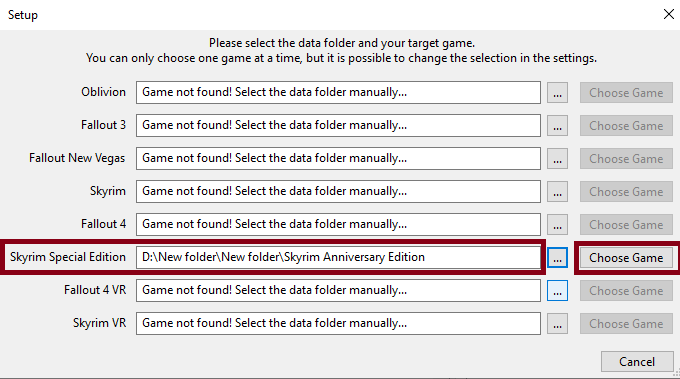 The first opening of BodySlide Application will look just like below. It is still not working because it has no sliders yet but check the Build Morphs below it. 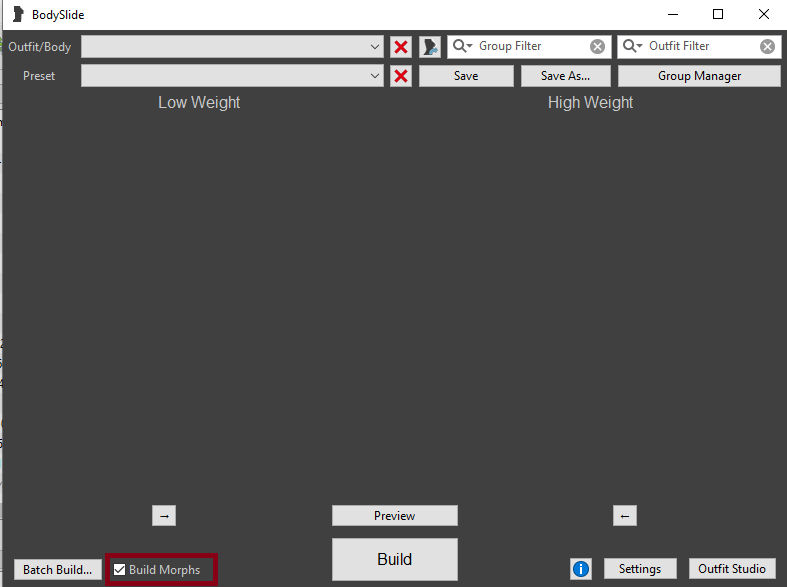 Then I closed the BodySlide application and just go back on installing mods to MO2. I downloaded and installed the CBBE SE so that the female character thatI am going to use in the game will somehow have a curvy body shape. 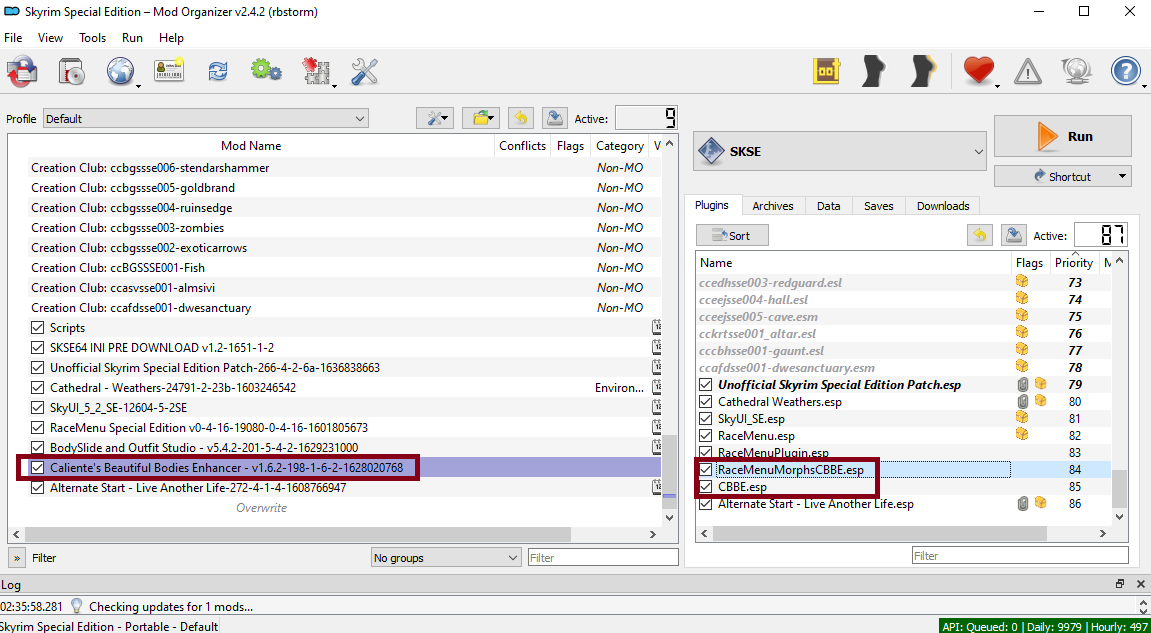 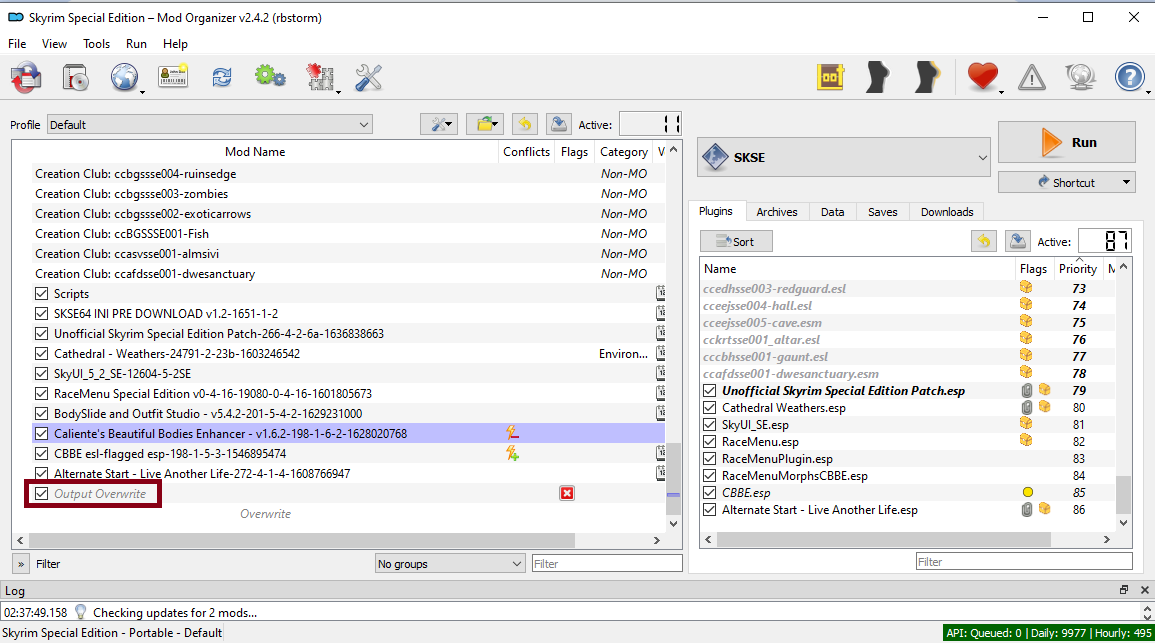 And then I returned back on opening the BodySlide Application and edit it's Settings so that it will work later on. Browse the correct Game Data Path and see to it that it is up to the Data folder of the Skyrim Anniversary Edition so that the textures for the game will also work in the BodySlide and OutfitStudio which is outside the game. Also Browse for the Output Path which is the Output Overwrite folder we made earlier inthe MO2 so that all the body, body parts, outfit, armor, equipment, and clothing bodyslides will go to this folder. Doing this will make us easier to change or edit the bodyslides modding later. Then check if all the Data Files inside the box are all checked there. When done then just tap the OK button below and then restart the BodySlide Application. 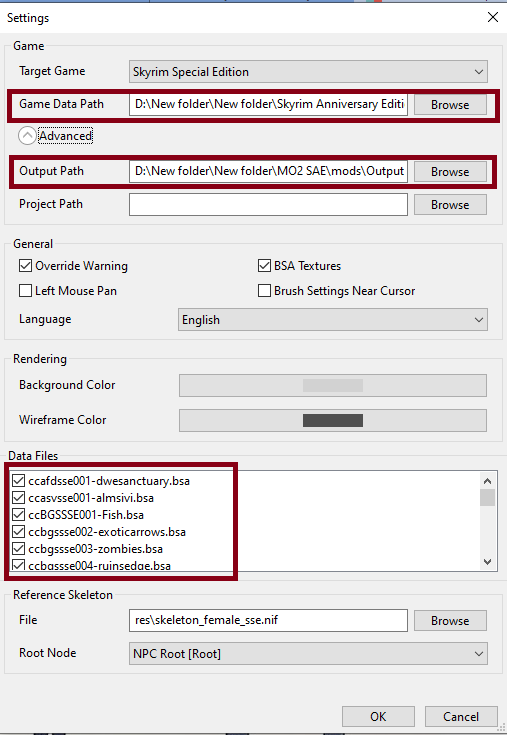 The BodySlide Application is now finally working, you can see that there are list for the Outfit/Body and a list for the Presets. You can also use the Preview of a particular Body Preset and the textures for it is working as well like you can see below. 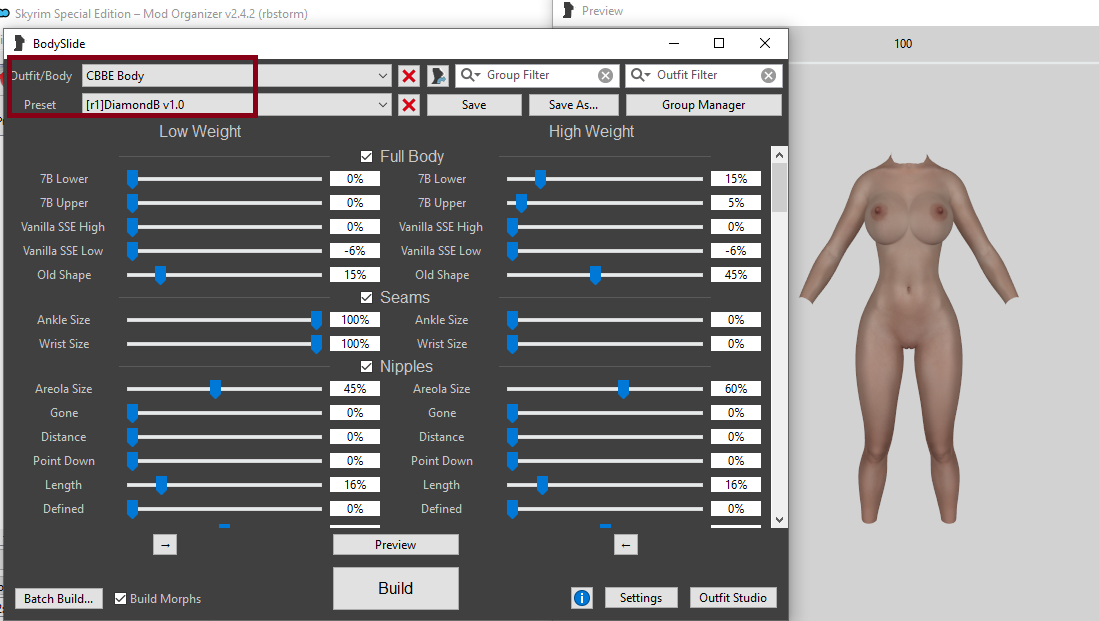 Then tap the Batch Build ... below so that you can make the bodyshape you would like to use in your game. Just like we always did, we just don't make the bodyslides for all parts we can see on the list. To prevent too much handle on the computer, we just do the bodyslides for a particular body/outfit shape parts. For this particular tutorial, we will only do the CBBE Body shpae set which incluse the CBBE Body, CBBE Feet and CBBE Hands. When done selecting these three body parts, then you can finally tap the Build button below to fully make a body shape for the character we are going to use in the game. 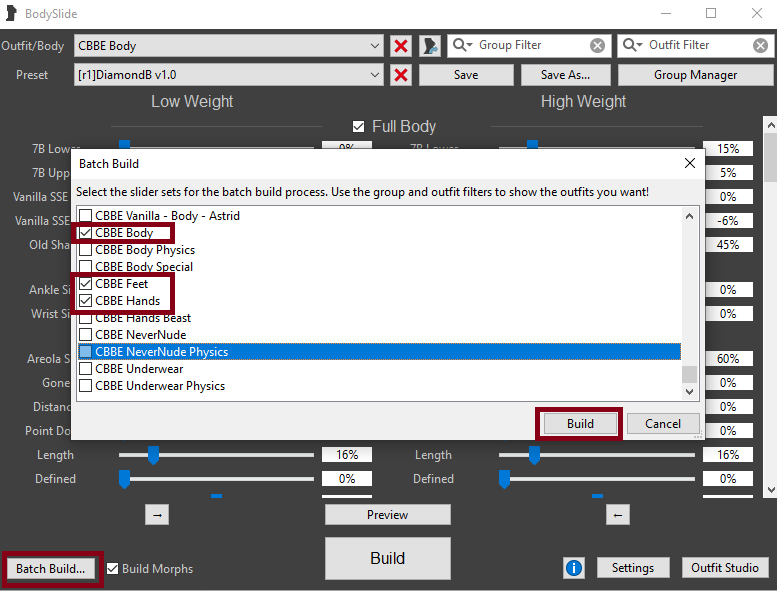 Then you can see the notification just like below when the procedure is done. 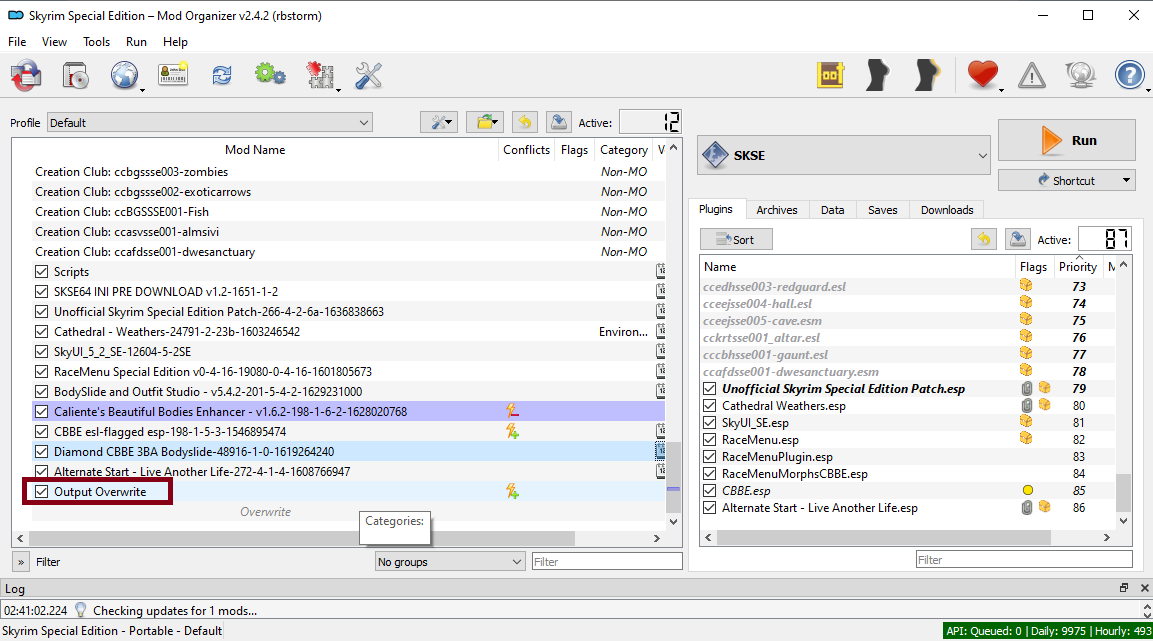 You can check that Output Overwrite folder and it is working as intended. We also build the .tri files so that there will be no clipping issues if we switch between the weight 0 to 100 in the game.

I also installed some Face Parts Beautification mod like the Brows, Eyes and Hairs together with the Body Skin Textures I like. And a face preset that we re going to use in the RaceMenu to see if all these mods are really going to work in the game. 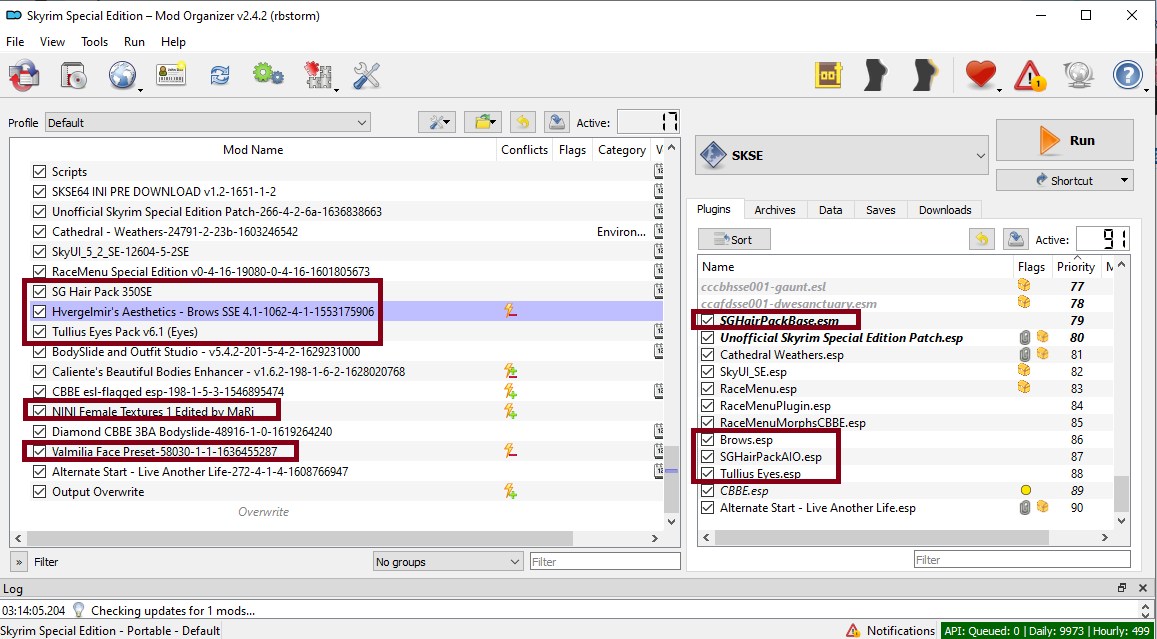 I believe that these set of mods are somehow complete to make our very own character in the Skyrim AE game. Okay let us now Run the game to see if all of these mods will actually work in the game.

The Alternate Start mod is working because we started in the prison cell. The RaceMenu mod is also working but...

You will notice that there's no Sculpt Section there and the Presets Section is also not working. The Presets notification is telling us that Chargen Presets Unavailable. And when you try to save the current preset, it will save but if you reload it again or Load Presets by tapping F9 key - there are no presets there at all.  The SKSE Team was telling us on one of their blog that the current version of SKSE64 for Skyrim AE, was notthat stable yet and might have an issue running some of the .dll files of the mods. The skee64.dll indside the SKSE folder of RaceMenu which is involve on Character Creations and Editing is not working that is why all that involves editing or changing the mold or shape in the face are not going to work. I somehow made the character look decent not that pretty but you can see that the Hair, Eyes and Brows that we installed are all working in the game.

I also checked the Body Shape and the Skin Textures we are using, and found out that they are both working fine.

I tested the Alternate Start mod by just starting of a new life in Solitude and it is really working as intended.

And I activated the Survival Mode when going outside. The Skyrim Anniversary Edition is unique with this mod built in on it.

The Mods I Use in Skyrim LE/SE/AE 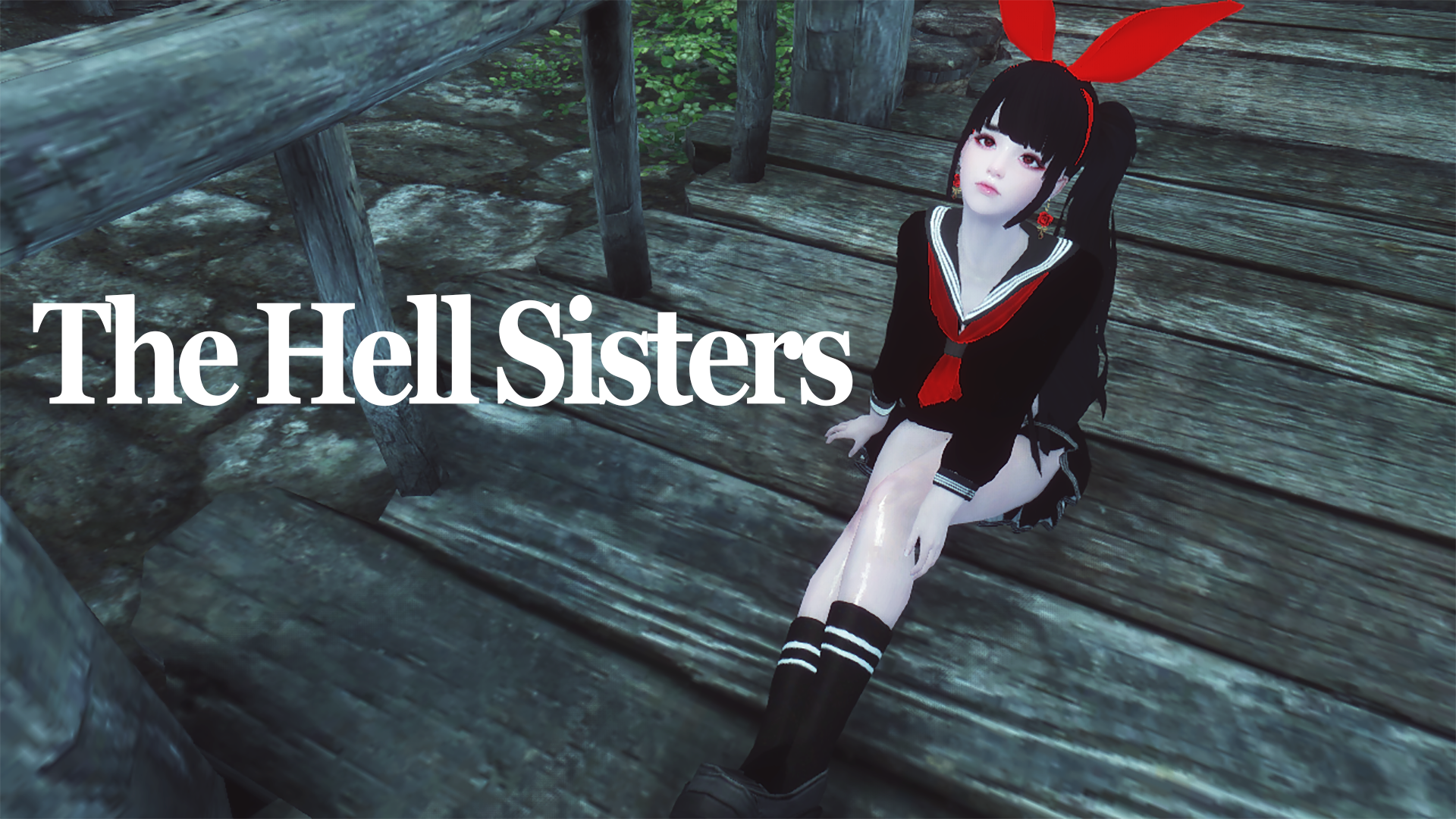 How the hell do I mod my Skyrim LE?

Episode 3 - Beauty and the Best Mods!

How the hell do I mod my Skyrim SE?

Episode 2 - CME Presets?... that is hard, RaceMenu is Easier.

Episode 3 - CME Presets for Skyrim SE, how to use them?

Extra Series 1 - BodySlide, how to use that?

Extra Series 2 - Tera Elin Remastered Presets, is that hard to use? 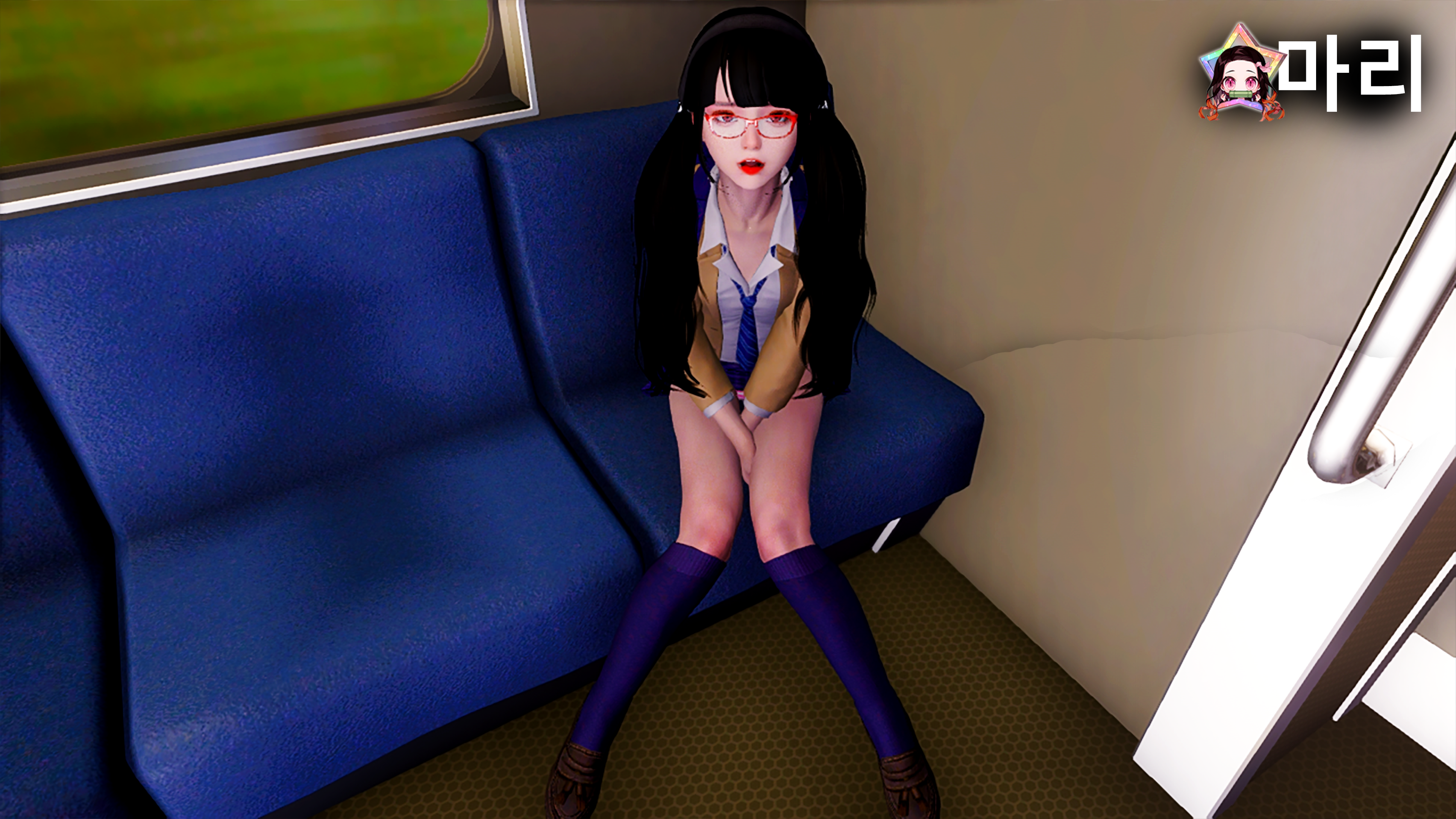 How the hell do I mod my Skyrim AE?

The Mods I Use in Skyrim 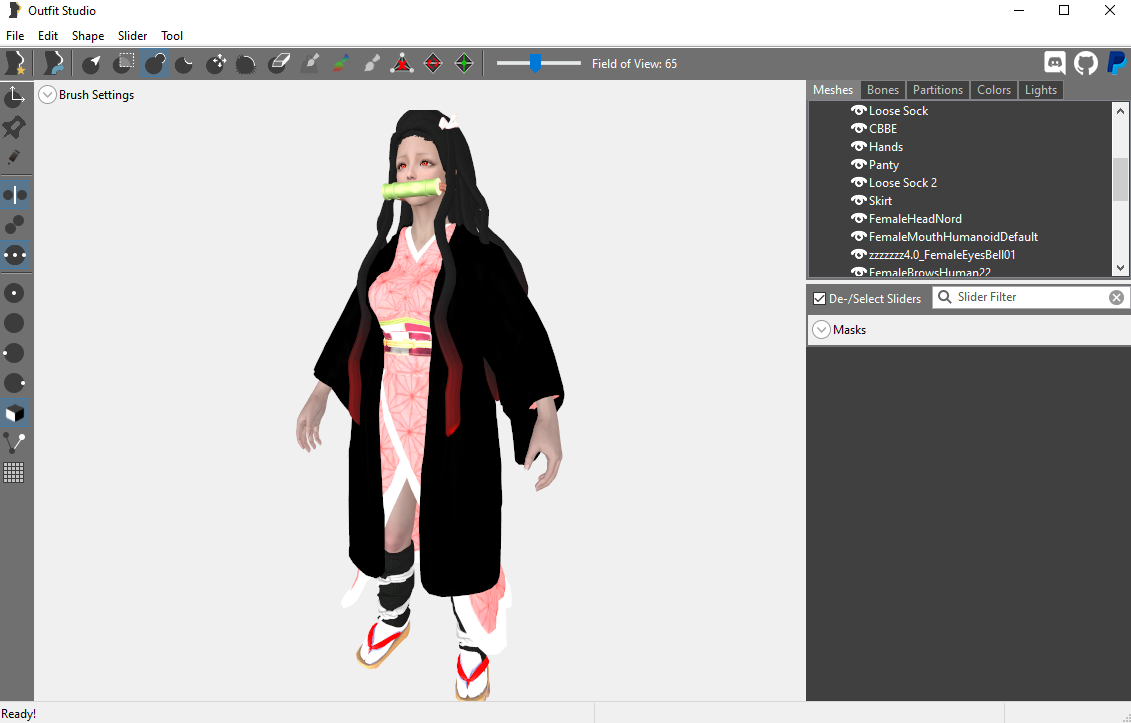 Personal Ports and Edits for Skyrim

The In-Demand Mods for Skyrim SE 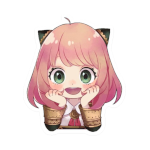