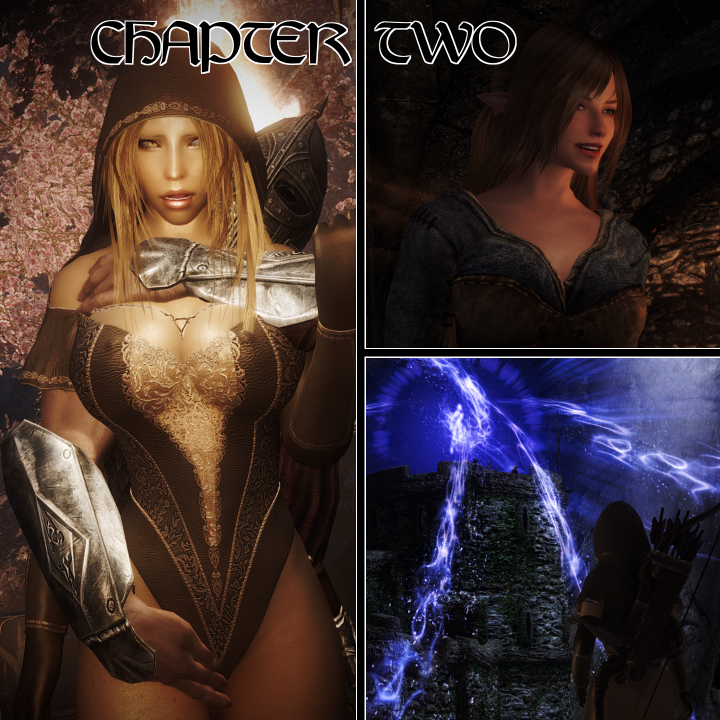 Back on solid ground, Sirrae attempts to seek refuge from the war at Solitude. There she runs into an ambitious young adventurer who wishes to join forces with her.

I would be remiss not to mention the fabulous follower mod that was used in this chapter. She quickly became an important character in the story of Sirrae once I found her.

Chaconne can be found on the Nexus, and for this chapter I used the most recent variant (1.4 at time of writing). Chaconne by rxkx22