Hello, everyone! Hope your weeks are going well so far. Yesterday we got some new armor and actors into the game and we scouted out a location that'll eventually add a lot of depth to the central part of the map. Today we're going to install some more of our Winterhold locations and then work through some line items on the to-do list as time permits.

I recently discovered that Realistic Armor, the mod we installed yesterday and the day before, has a BHUNP bodyslide patch. While I don't mind using the vanilla body for generic full-body metal armor, I'd rather have bodyslide support when its available, so I installed the mod and generated its meshes. Since I use OBody Standalone, I created these armors with zeroed sliders so they can conform to randomized body shapes.

On further consideration, I decided that the spell tome from Enchanted Bestial Urination didn't meet my worldbuilding expectations when it's just hand placed in Belethor's store chest. While Belethor is certainly a bit of a pervert - doubly so with Loverslab content installed - I'd rather have it in the world in a more organic way. So I removed it from Belethor's chest and put it on the book loot leveled list. Considering the vivid artwork on the book's cover, I may also loop back later and place one or two in the world.

I added the imprisoned bandits from Hydragorgon to the SPID distribution list for bandages. They have a 75% chance of showing up, in-between the levels for Thalmor prisoners and POWs. Rather than add all of them manually, I created a new keyword and added them all to it (using Automation Tools), then used the faction for the SPID distribution. The Hydragorgon prisoners still need a bunch of further attention because of a longstanding bug with their furniture animations, but this is a small but important step in my plans for that mod. Additionally, the previously naked bandit prisoners had their costumes updated to broadly align with Prison Outfit Overhaul. I'll address the Forsworn prisoners separately after I get some more assets into the game. The exception to this costume change are crucified prisoners. They'll get a different outfit with only a collar... because, I mean, who lets crucified prisoners have clothes? 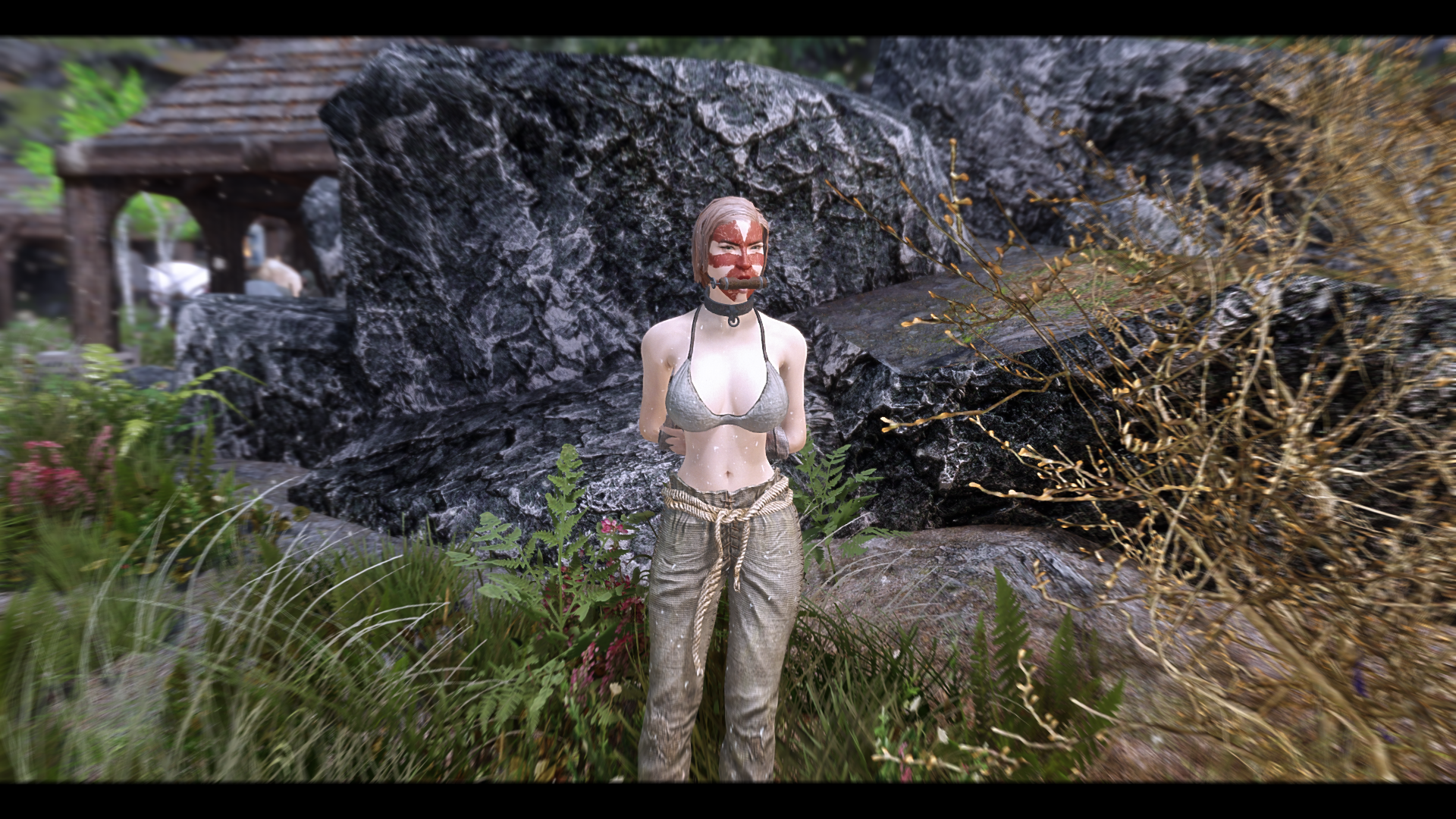 We'll revisit these bandits a number of times in the future as we gradually change the technical approach they use so we can see their animations again.

This is a series of three mods by Axis1211: Wynstead, Valdnhold, and Audnhold. I'm expecting that each of them will need a little work such as compacting the files and regenerating child facegen, but overall these should be pretty smooth additions. I won't go into a lot of detail on those aspects of the mod installs - you can read about the process of converting Axis1211 mods in the January 24th diary.

I tackled Wynstead first, and it offered an interesting wrinkle. The mod has an optional file that adds the settlement as a ferry location - but of course this isn't natively compatible with CFTO. What we'll need to do is clone the new dialogue topics and hook those up to the parent dialogue options in CFTO. The dialogue topic structures between the two are broadly similar, so essentially what we'll be doing is an A-B merge between the two source dialogue branches to make our new CFTO-compatible Wynstead destination topic. I won't screw around with the outbound ferry logic as it's fine for that to have fewer destinations. 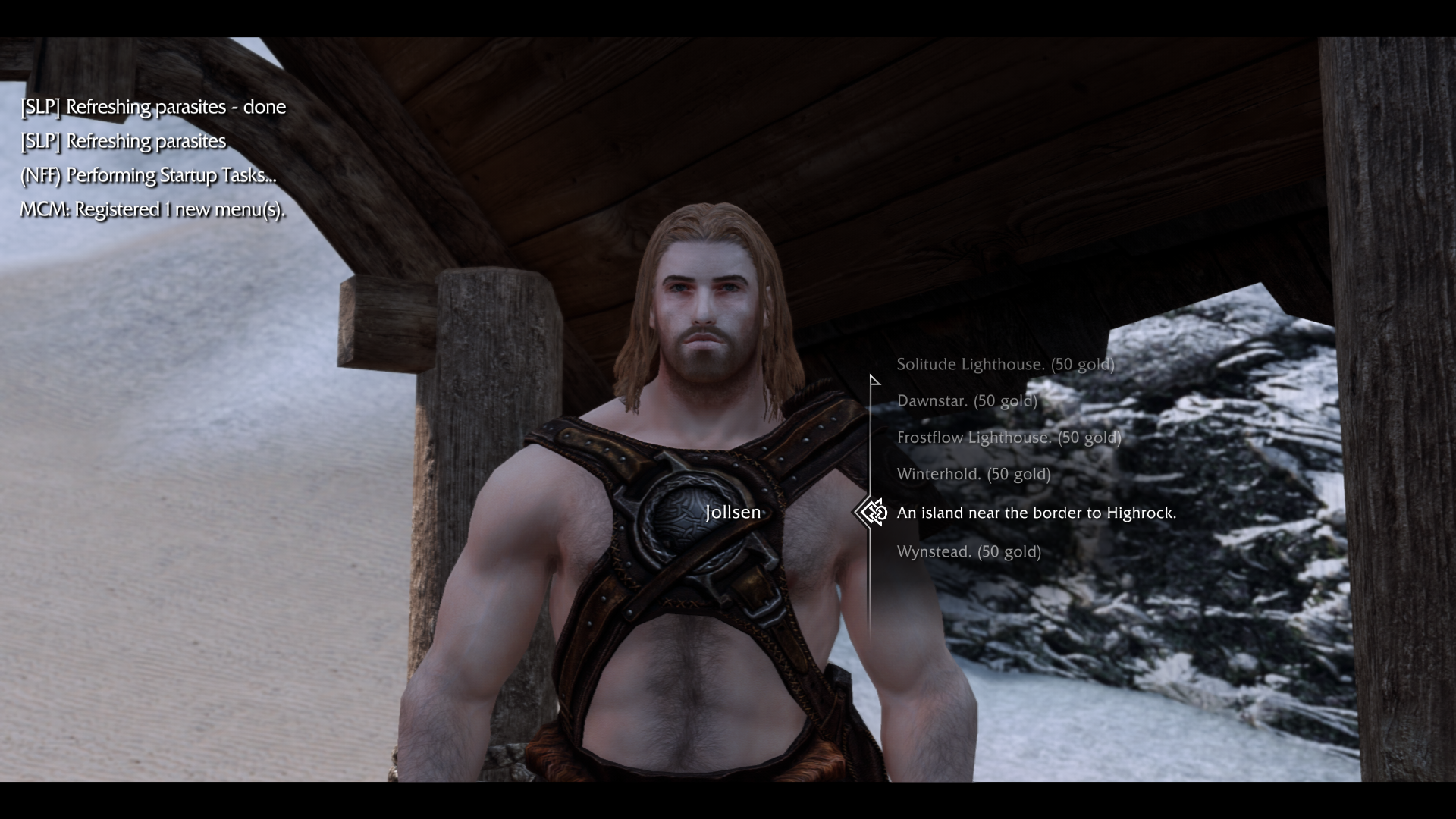 The updated instructions work, and now that I have a better understanding of how CFTO is structured, I'm confident I can go back and fix the Windhelm Ferry Relocation mod in a future session. The settlement looks good, but I did notice a couple of minor quirks. First, the child actor's facegen was messed up, which was a PEBCAK issue - I forgot to load RS Children when I did the facegen in the CK. I should probably go through all these Axis1211 children and give them unique faces at some point, maybe use deprecated TKAA assets. But that's a project for another day.

Second, there's a naked actor who I believe is supposed to be in a cage, but he was loitering outside. I believe this is a bounding issue, but it's easier fixed by swapping in ZAZ furniture. 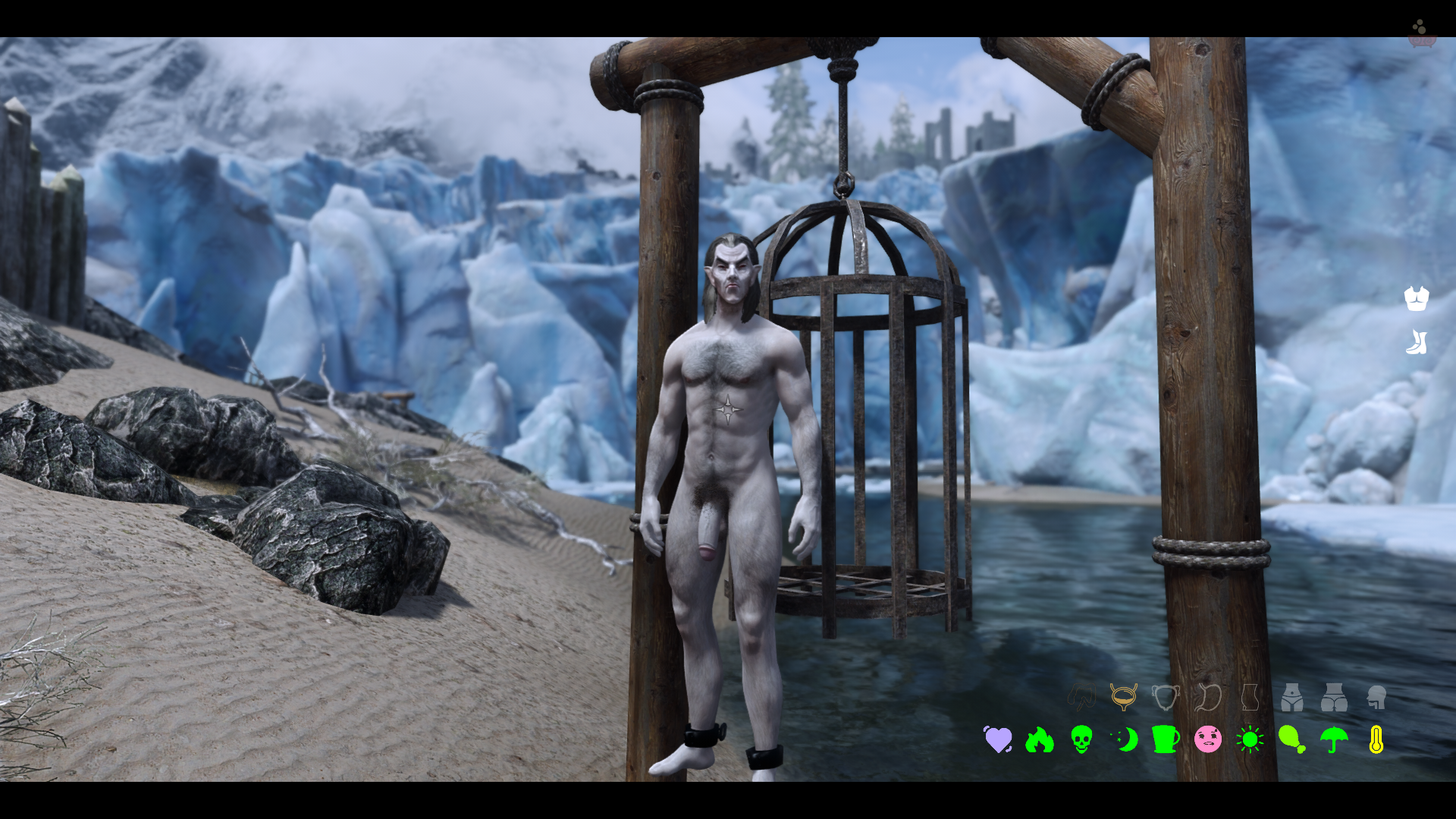 We have a couple of things we need to do in order to get the ZAZ furniture working: we need to replace the static object, we need to update the NPC's instructions, and we need to link the two. Incidentally, what we're doing here is essentially what we'll be doing to fix the Hydra girls, just with an extra step of adding the furniture to the world. First we'll capture the reference ID of the current cage as well as the identity of its nif. Next, we'll go to the ZBF test zone and see if we can find an exact match. If not, then we'll need to decide what we want to replace it with. I found a pretty good match, and I selected a rusty version to reflect this gibbet's proximity to the salt water. We'll now swap the baseforms and then go into the CK to make sure it's properly aligned. 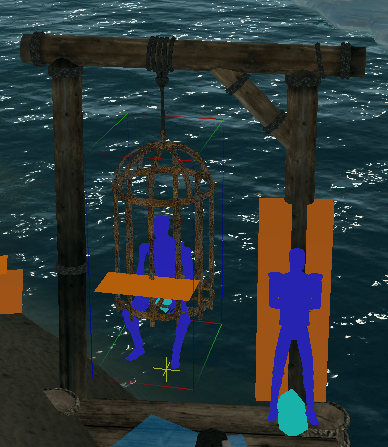 Now we'll go back to xEdit and change the actor behavior so he uses the gibbet instead. We'll also make the gibbet persistent and attach Pama's furniture alignment script. 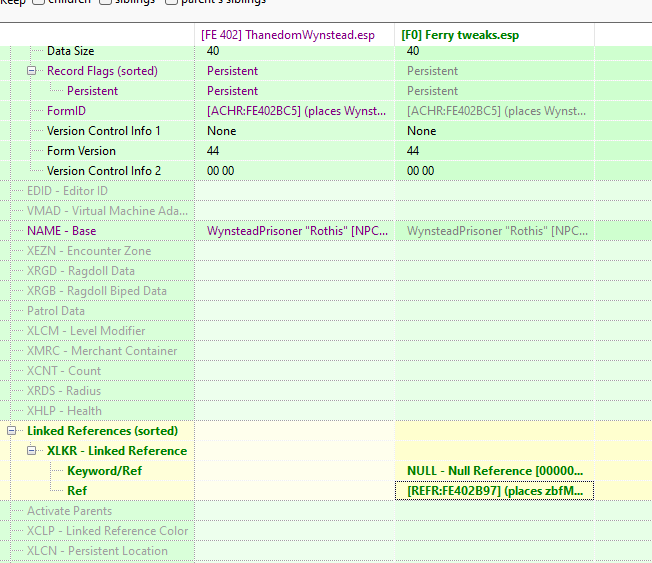 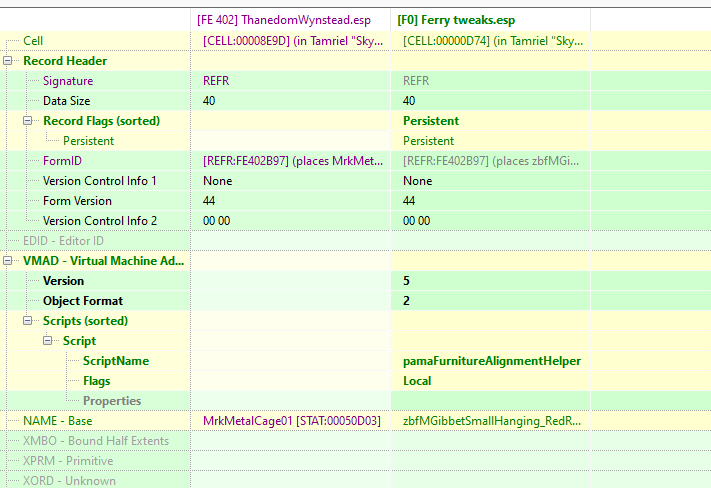 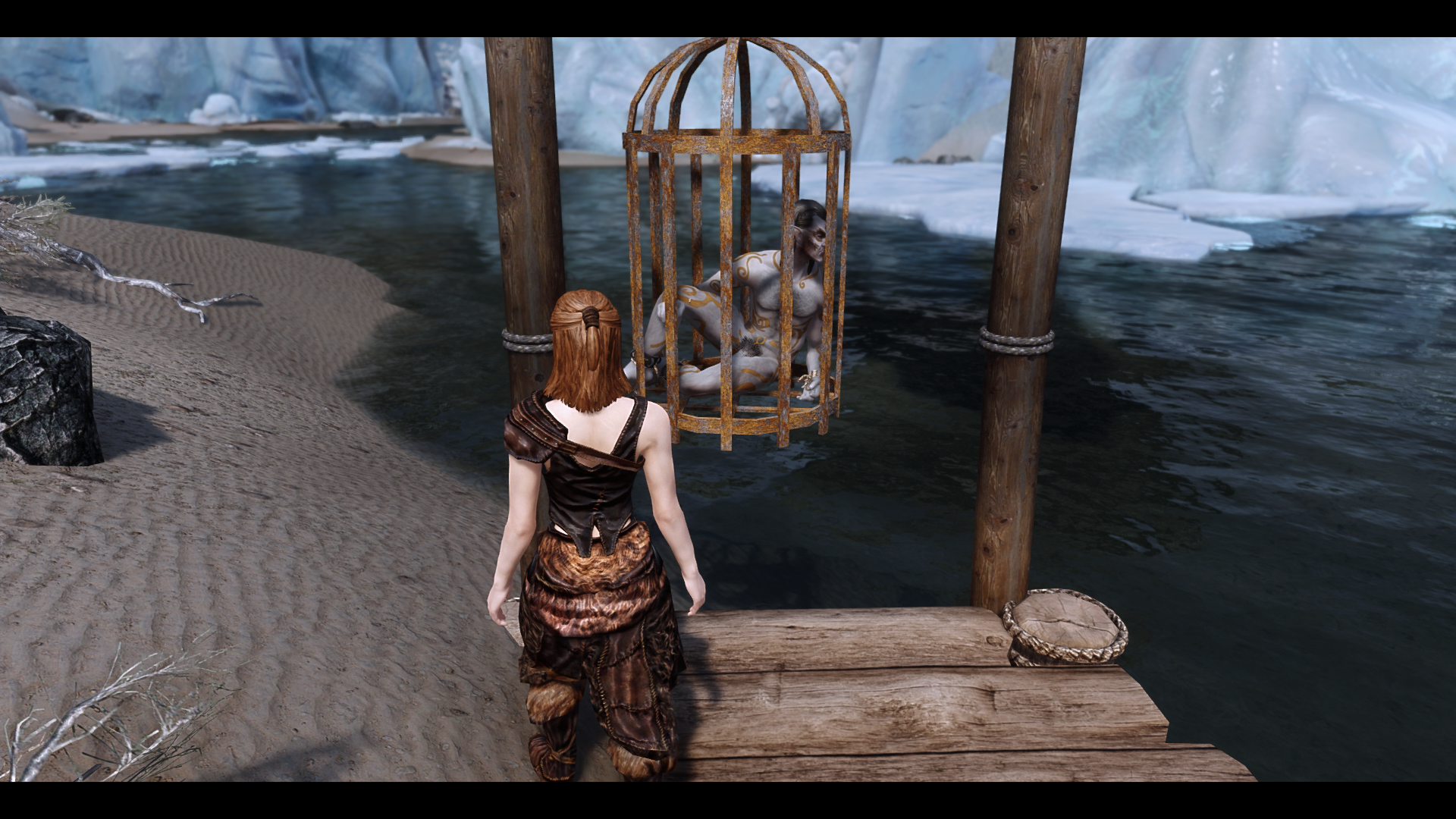 Much better! Finally, the transport marker for the ferry sends the player to the wrong side of the settlement. I want to start at the position I'm standing in this picture below, so we'll capture the coordinates and rotation and move the fast travel marker to there. 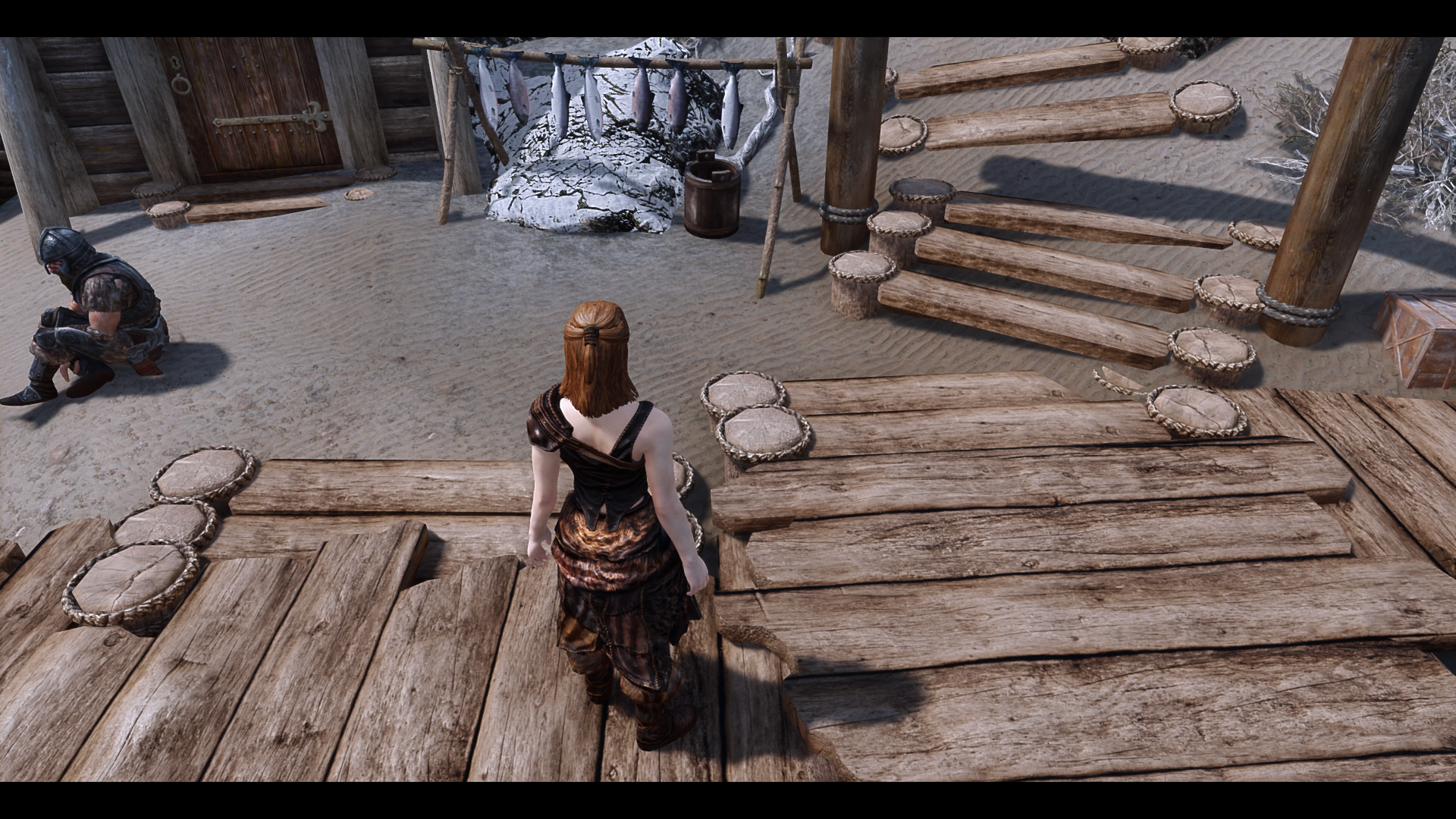 With those changes committed, we can move on to the next settlement. Audnhold was an uneventful install with only the expected activities required to get it set up. 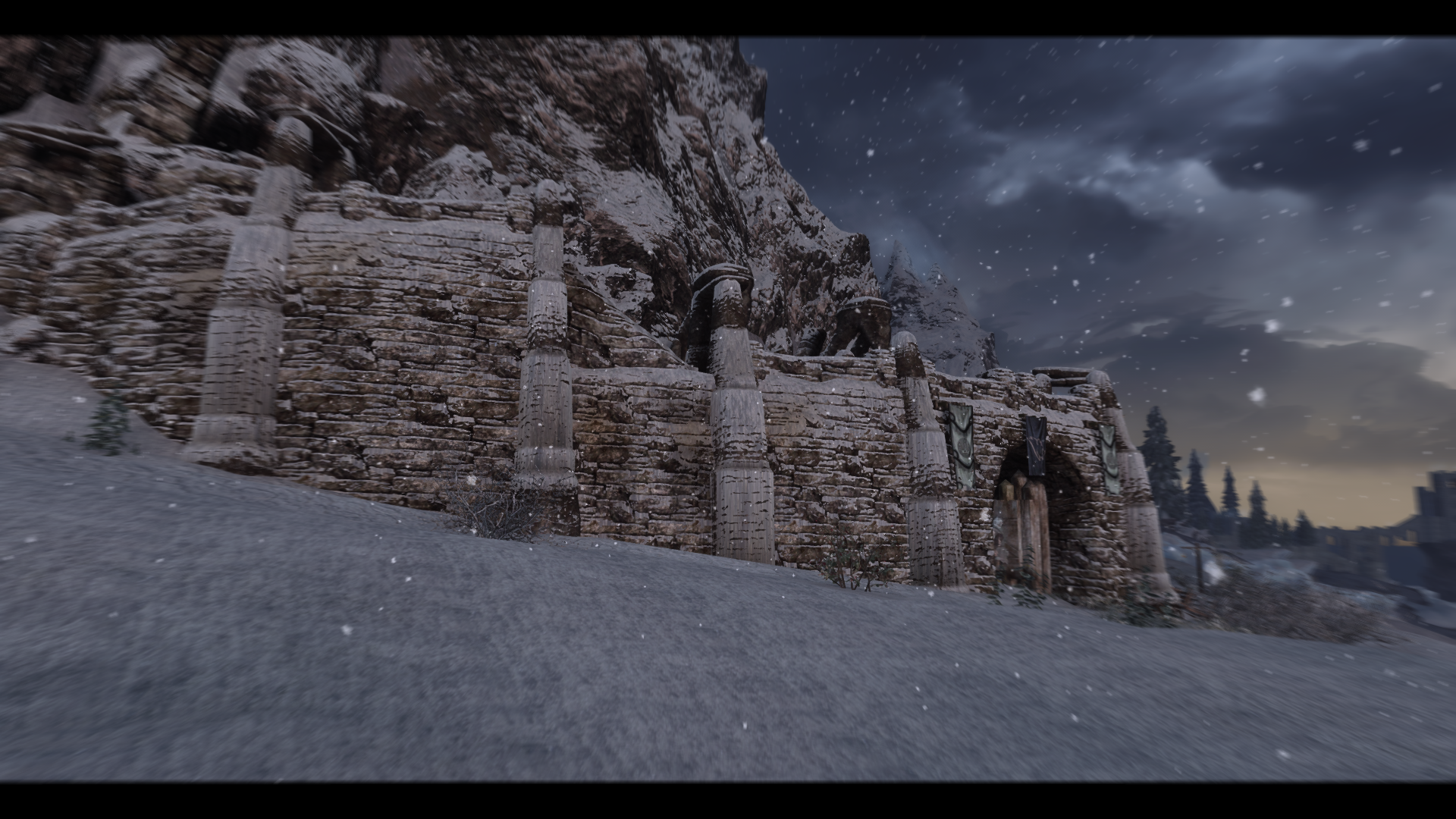 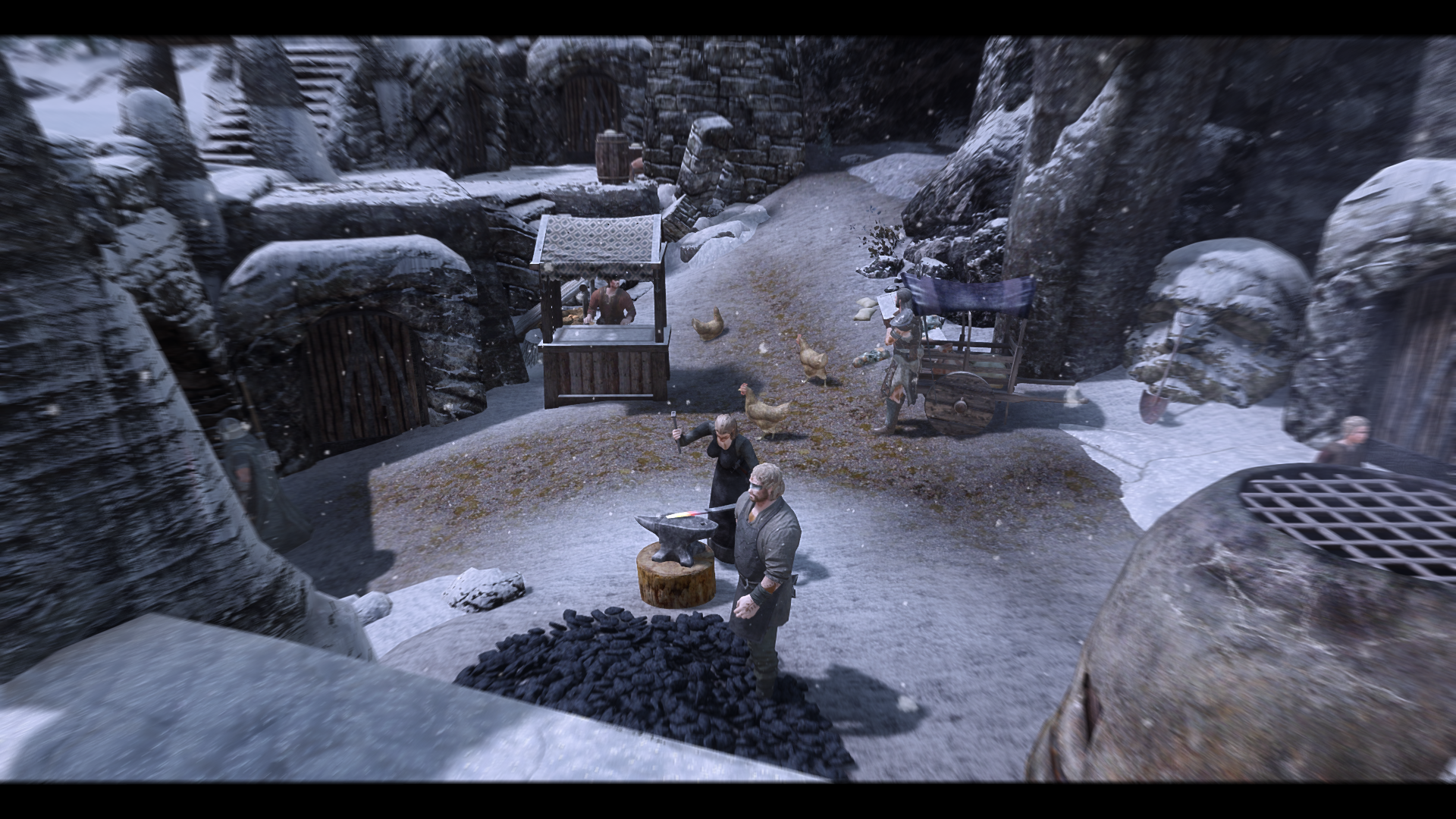 Likewise, Valdnhold was another smooth install. Axis' mods are generally very clean, which is great, and generally when I have issues they are multi-mod interaction stuff rather than actual defects. Since these three were all in remote locations, there was far less potential for conflict than some of the ones we've done before. 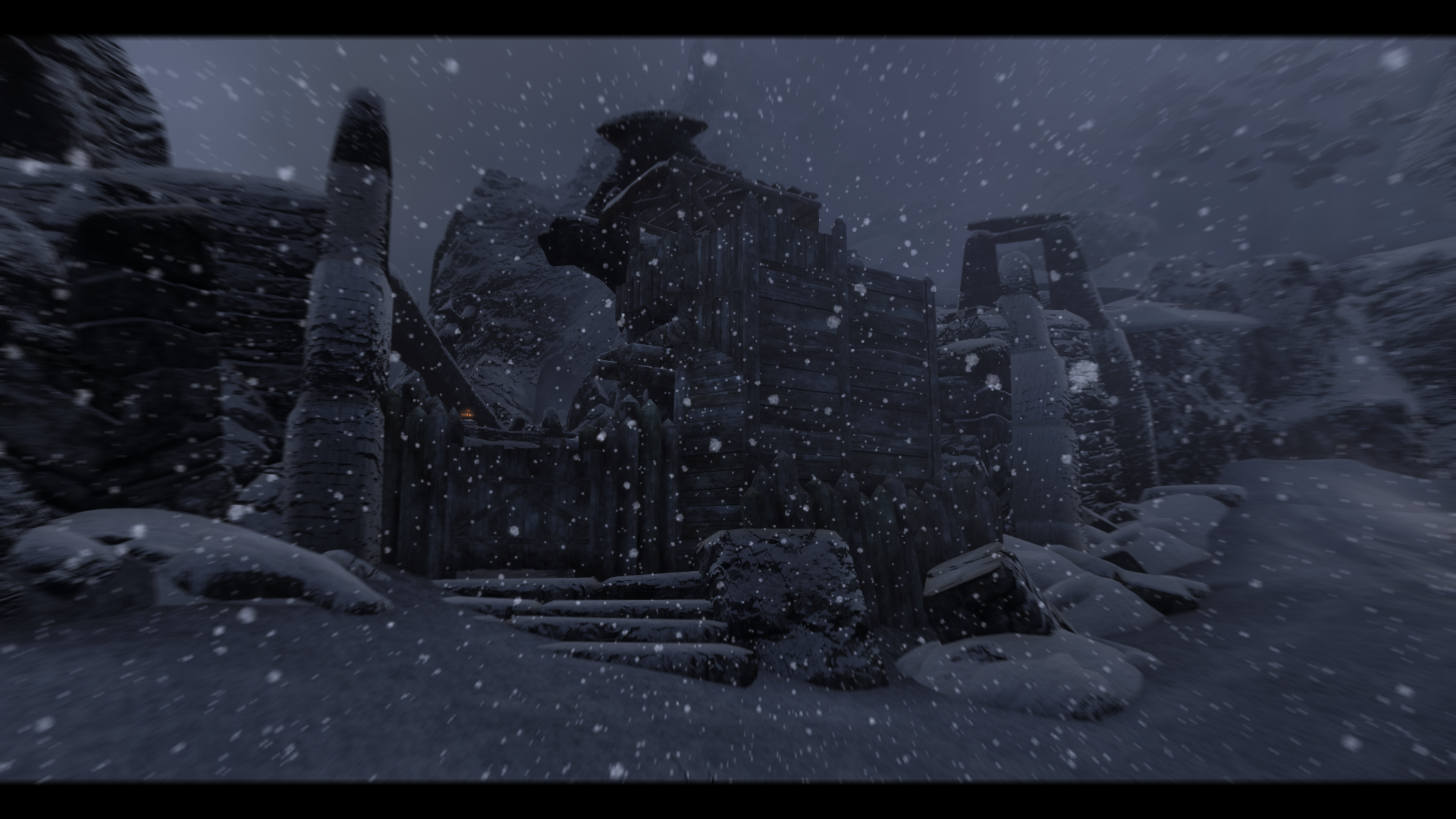 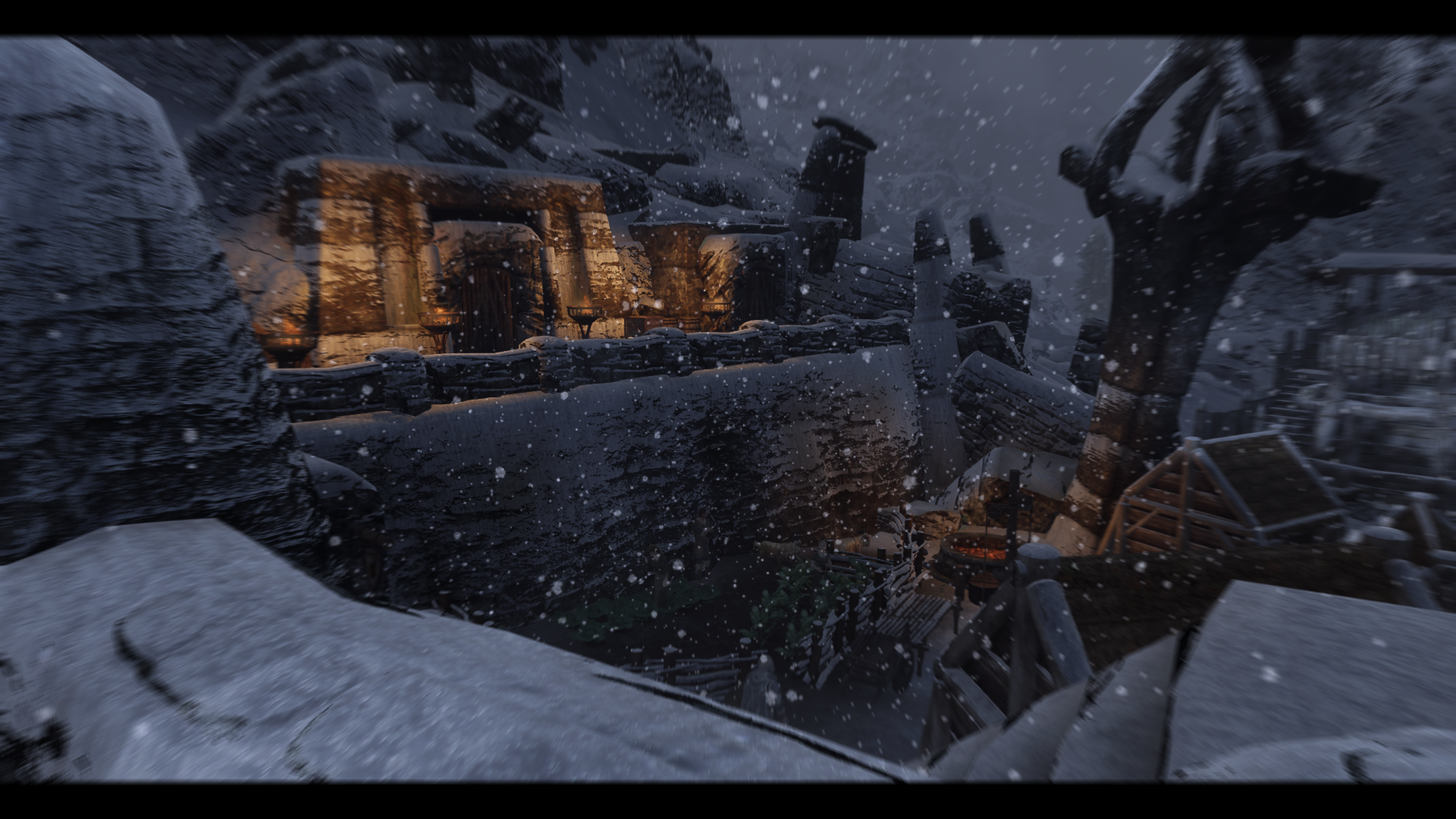 With these three settlements installed, we're done with Axis1211 for now, though we'll be revisiting his work down the line - especially his mods for Darkwater Crossing and Karthwasten.

One of the lingering bits of Thalmor gear on my leveled lists is the glass armor on DLC2 (Solstheim) lists. Today we'll be grabbing an oldie but a goodie - Vvardenfell Glass Armor - to replace those Thalmor style glass suits.

During installation, something odd stood out about the override status of the high resolution texture replacer: there were a bunch of new files in the replacer that weren't conflicted at all.

Investigating in NifSkope reveals that the basic mod is pointing to the vanilla normals. We'll need to remap these to the correct paths. Next up is compacting and cleaning the plugin. The mod doesn't contain any records that require exterior support, which is convenient, but it does, interestingly, contain weapons in addition to the armor. So integration will take a little more work, but that's fine.

Another nice development is that the mod already contains the leveled list edits. I'll still persure them to make sure I agree with the changes and balance, but this will dramatically reduce the time required to handle this mod. At a glance, it looks like the changes were generally good. Additionally, I'll seed these items into the associated VAR_HighQuality leveled lists at level 27 (weapons) and level 36 (armor). Since we finally have a high quality helmet list, I'll also use it to replace the placeholder scaled helmet entries we created when we put in the Elven-equivalent armors before.

Base Object Swapper is a SPID-like mod that allows for selective baseform replacement while maintaining high compatibility and not requiring patches. Today we're going to use that tool to improve the appearance of the Morthal swamp and to replace some stone walls with fences.  While we're at it, we'll also install the "No Whiterun Braziers" mod. Installation on these is mostly painless, though there is a little bit of extra assembly involved with the fences mod, since it depends on assets from a different mod. Since Spice of Life only contains meshes, we'll just run it through SSE Nif Optimizer to port it to SSE.

The plugins for these mods are very lightweight, and didn't require any special cleaning or conflict resolution. All of them were already ESL flagged. In fact, the xEdit part of the job was so easy that I think I'll also install the other half of Spice of Life,which while it doesn't use the Base Object Swapper should still be pretty easy to integrate. 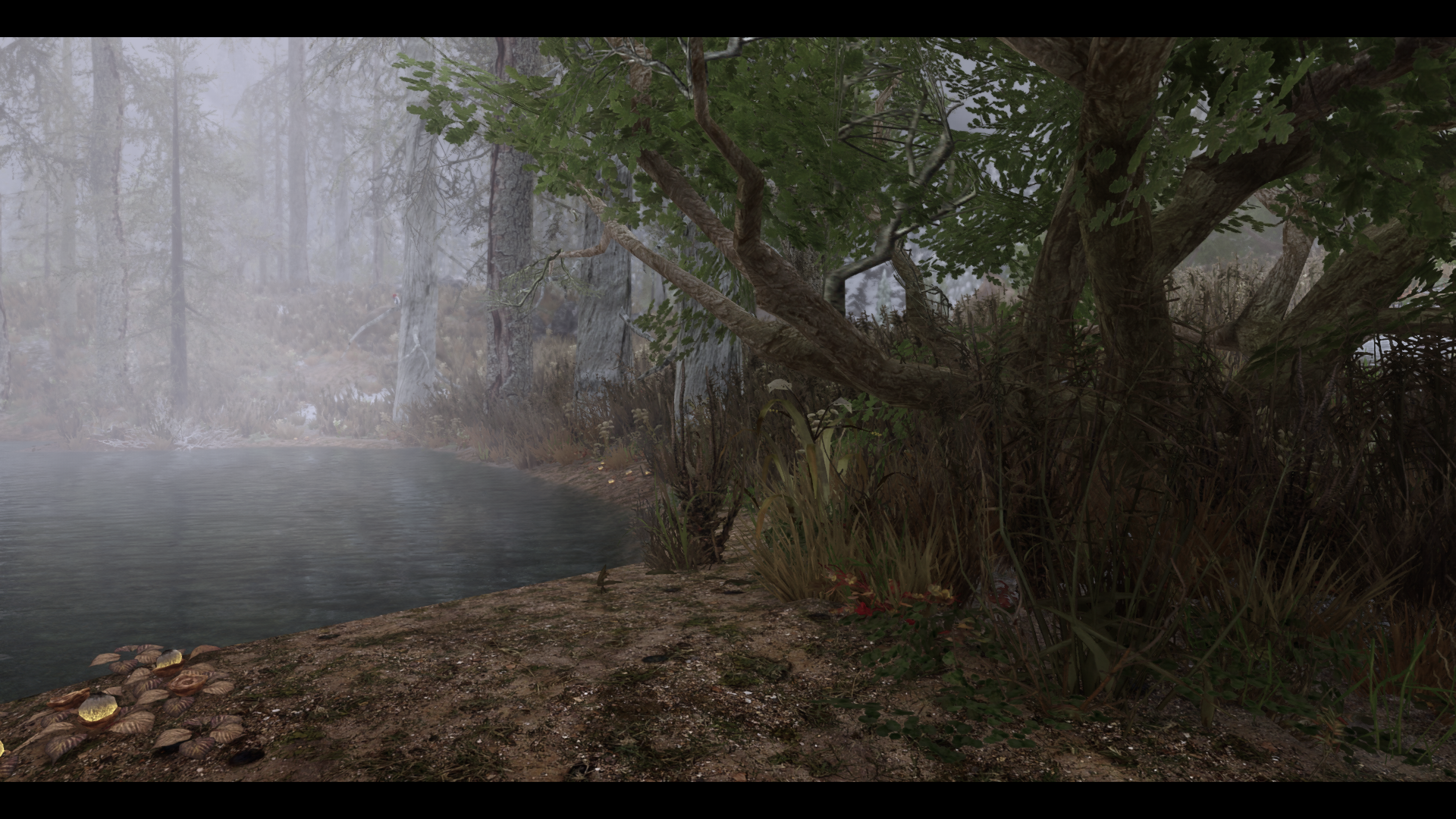 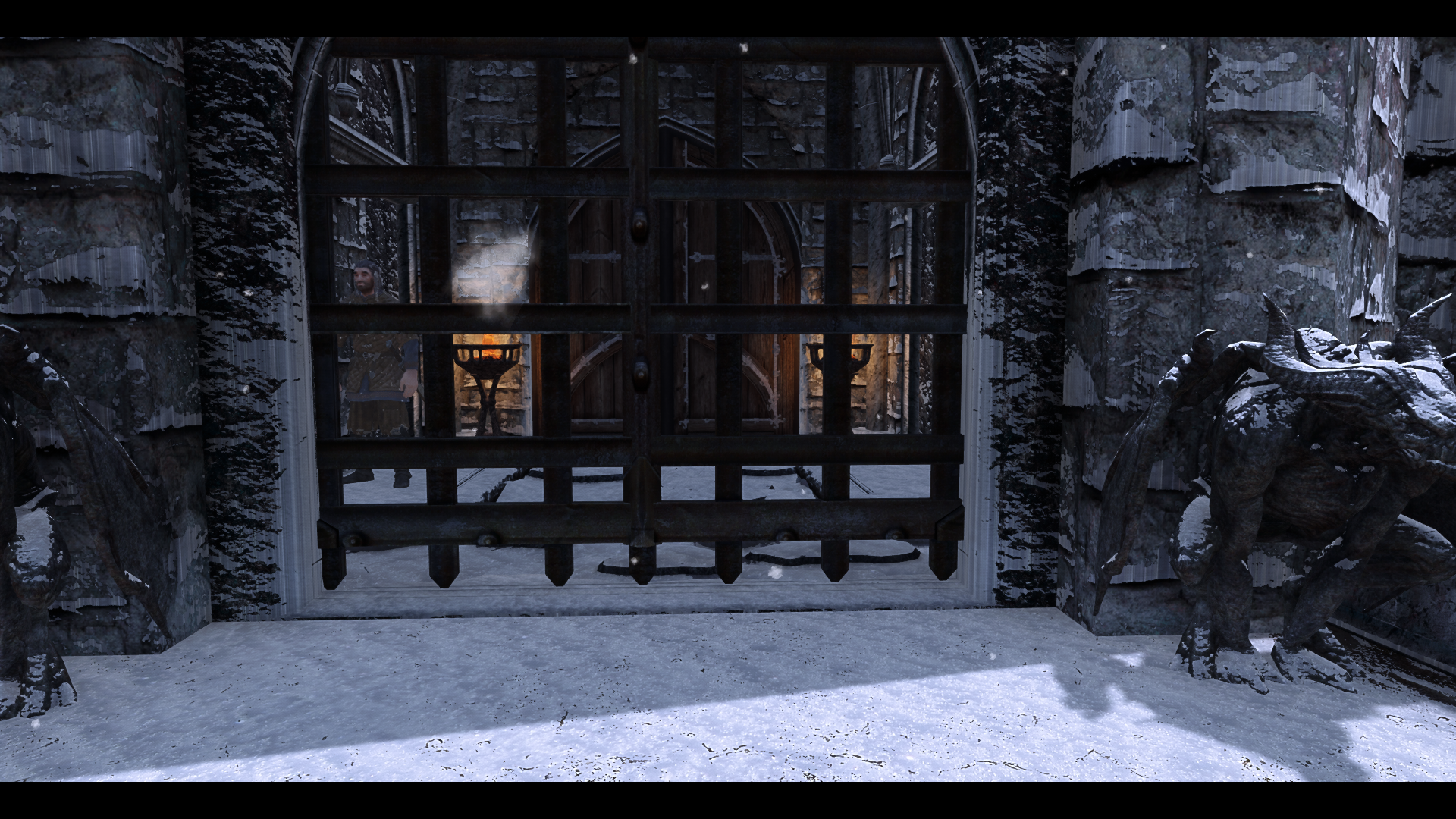 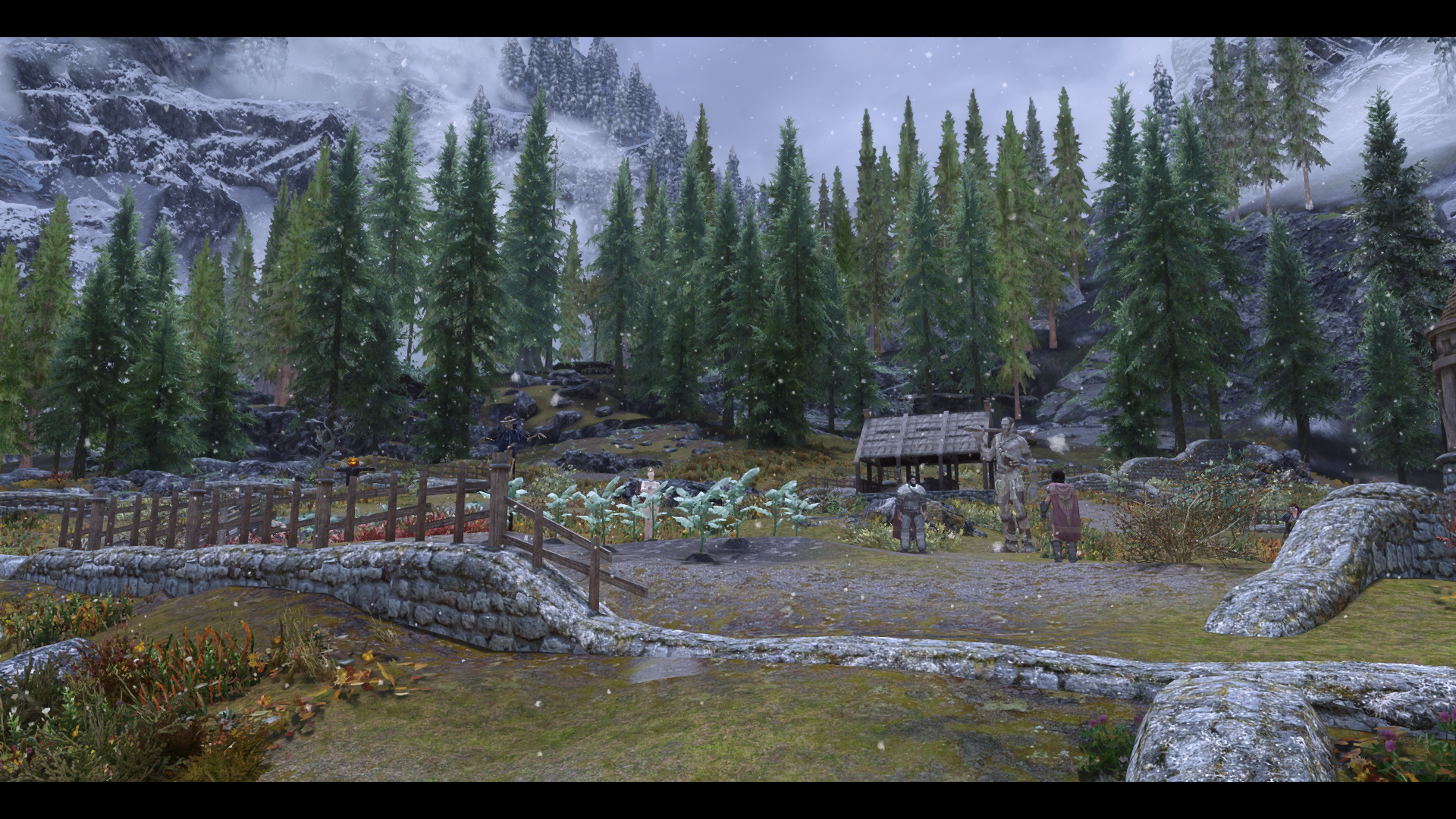 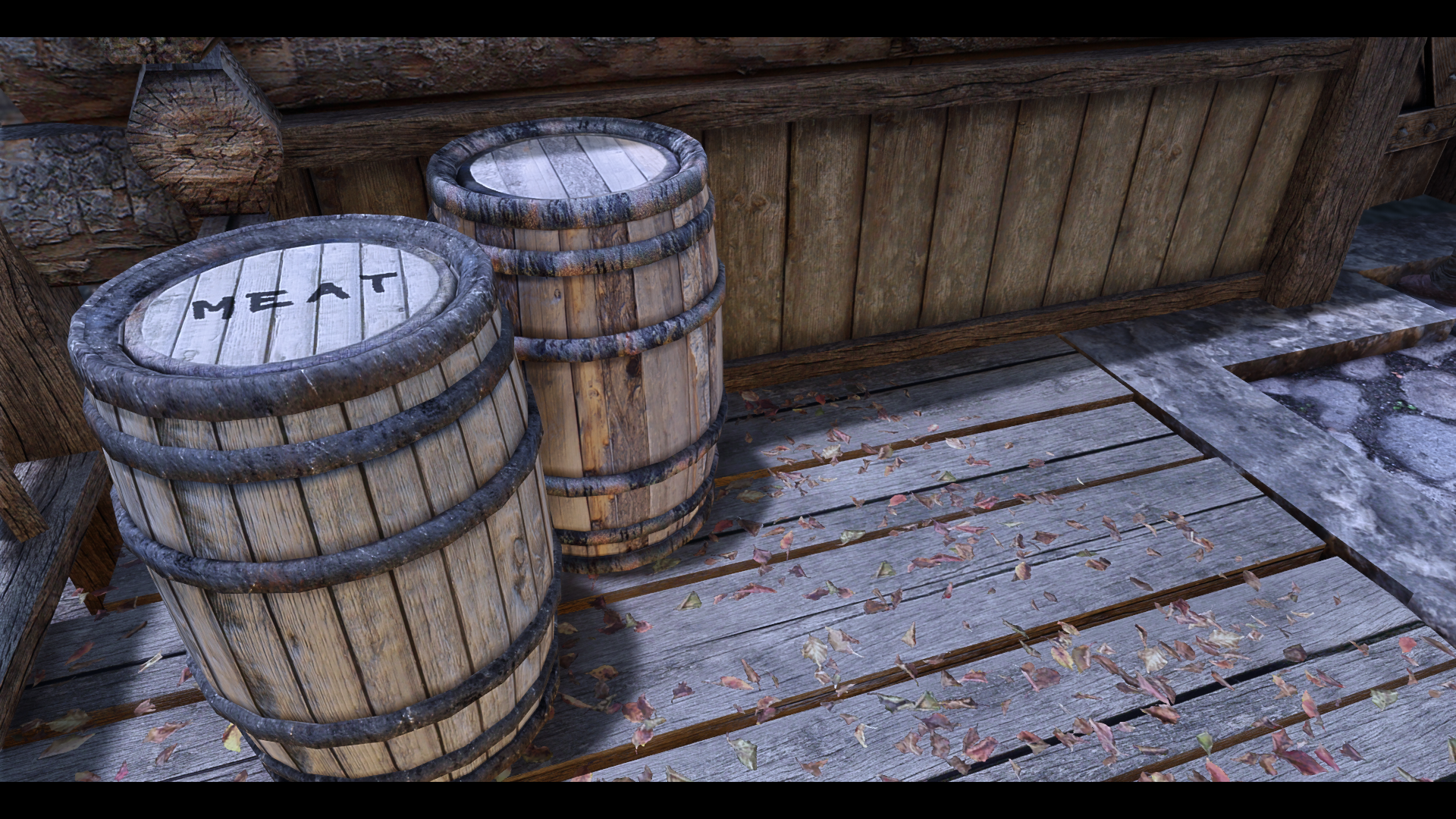 It's all looking pretty good! Fun fact, by the way, if you have detection turned off and the Companions giant fight starts, they all just stand around casually since none of them are aware of each other. 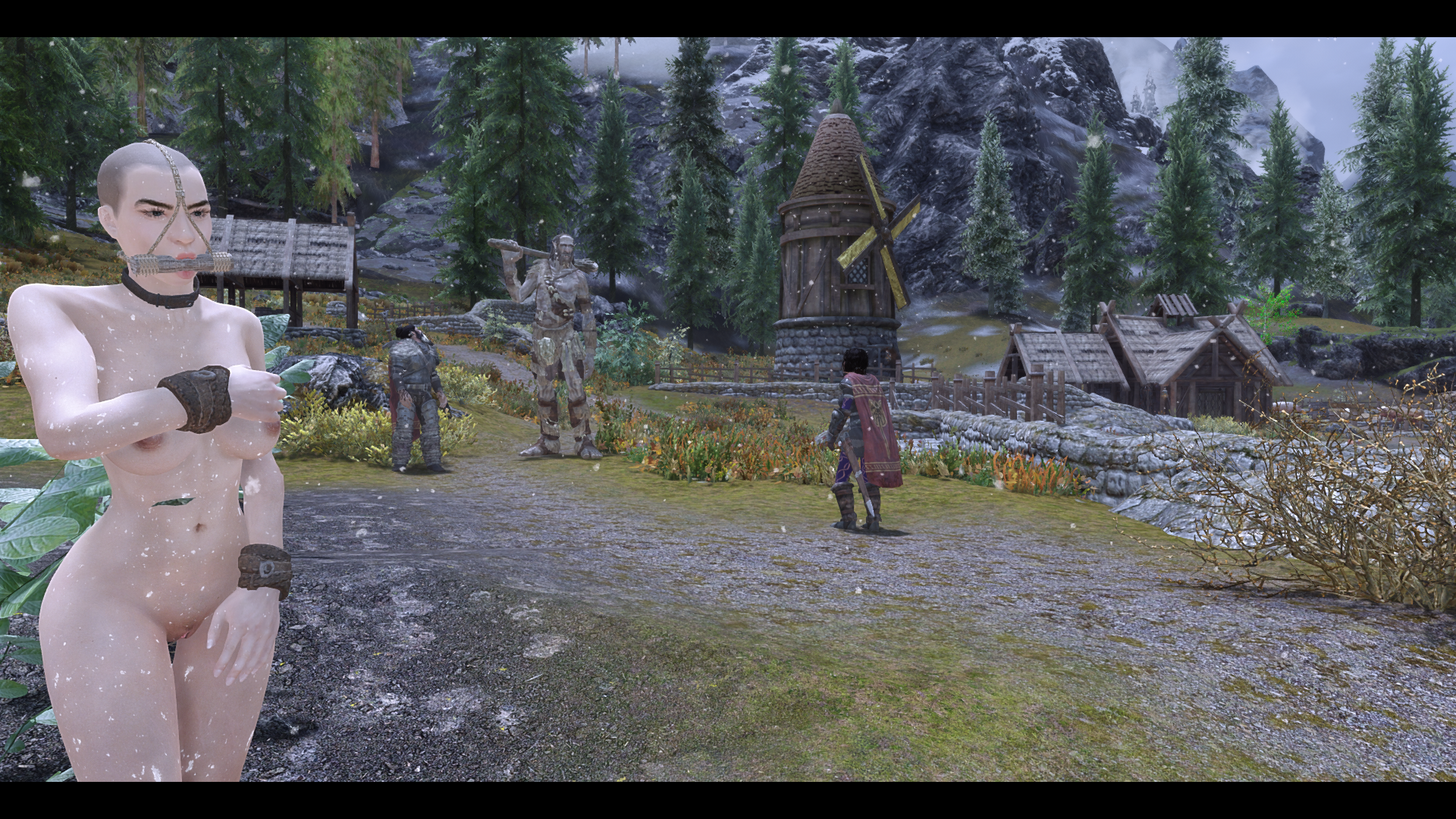 That's it for today! We had a pretty successful run, moving up to 1,231 mods installed, 1,290 plugins active, and we continue to hold the line at load order index EF.

See you all tomorrow!