A Little Reward (if we reach 20 blog followers) ~

This poll is closed to new votes

Once upon a time there was an adventurer called Zack exploring a magic forest. He went into a cave and found a young girl studying the surroundings. 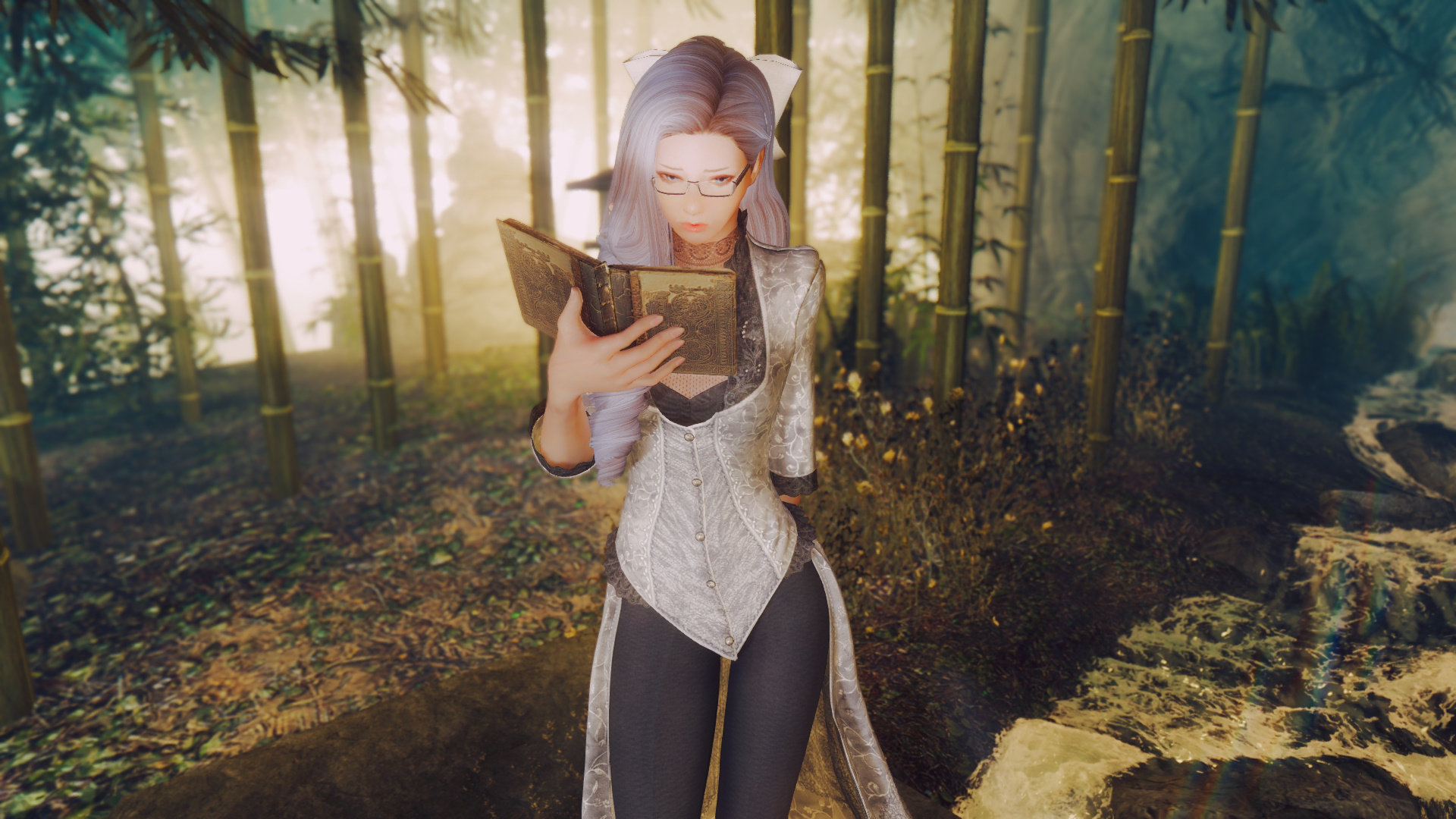 Zack approached her, but when she noticed his presence she drew out her staff to defend herself. 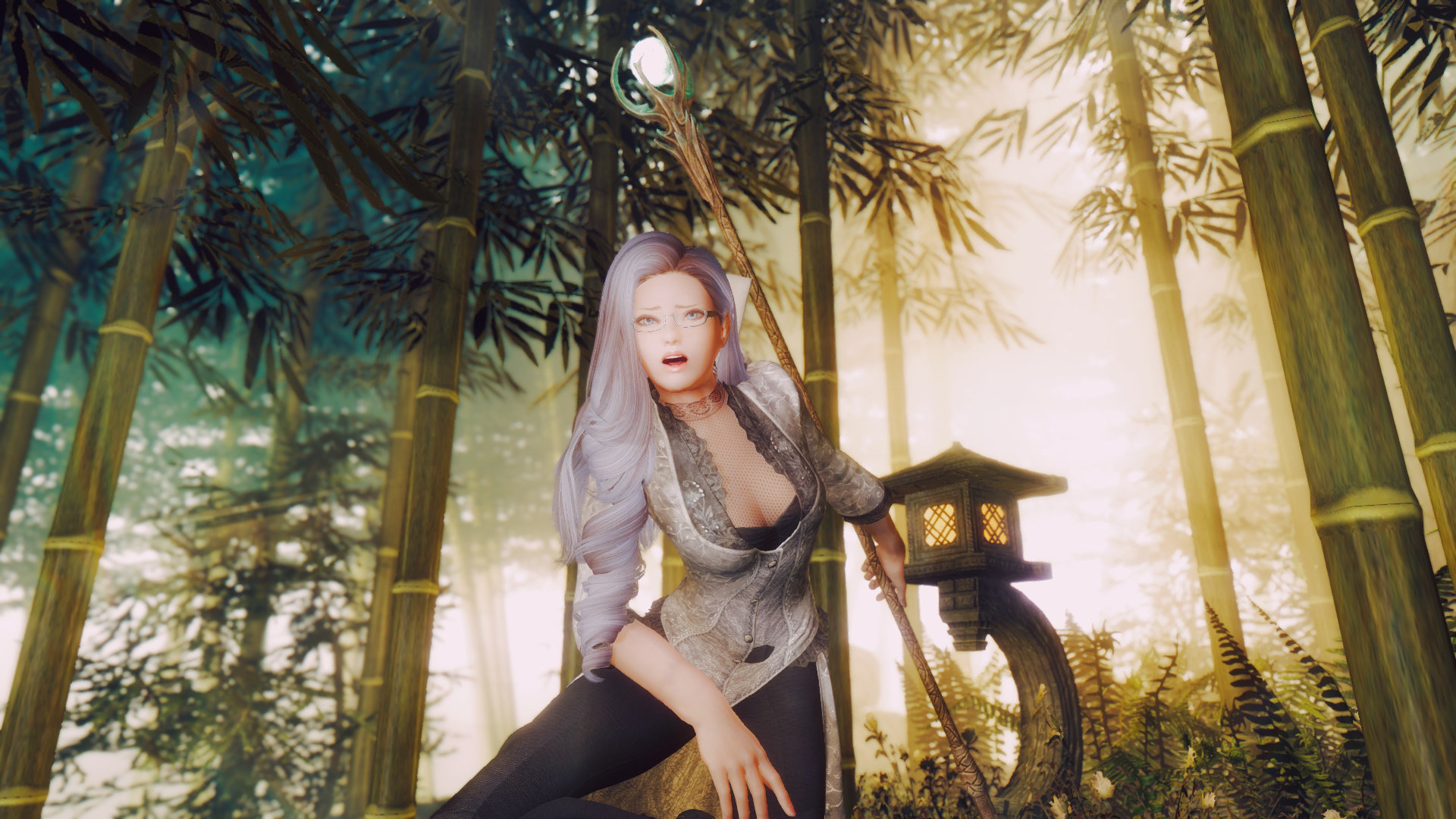 The adventurer began to talk and introduced himself. She casted a spell and made her staff vanish. He told her he was searching for new adventures and explained how he got into that forest. 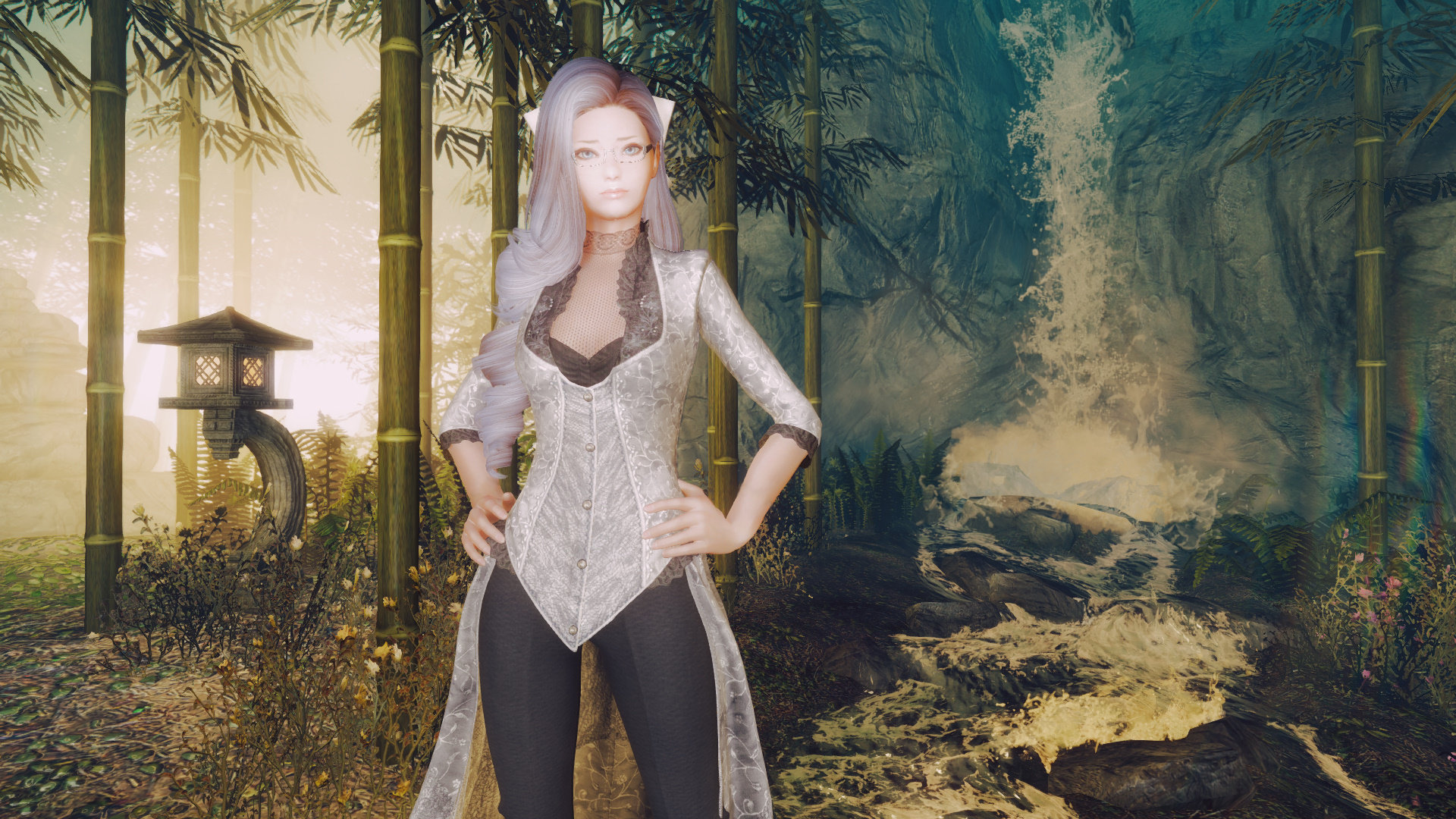 The witch introduced herself as Julie. She was collecting ingredients for a client, who was the owner of a magic garden near there. 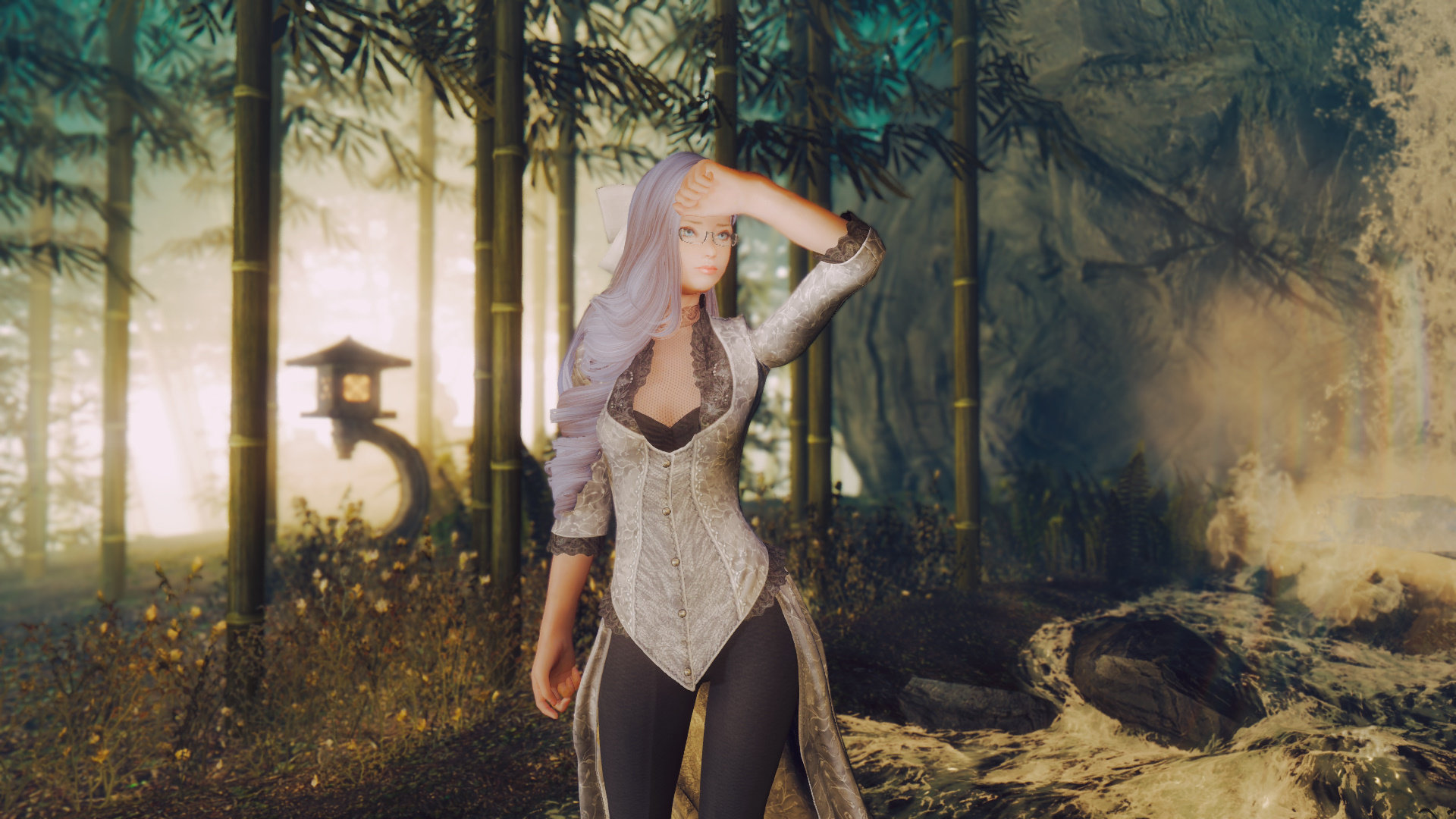 Julie offered Zack to stay at her house for a few days and he gratefully agreed. The next morning he woke up at 6 a.m. and noticed that the witch was nowhere. He went outside and saw her in the distance, casting spells with her staff. Julie seemed concentrated, so Zack didn't dare to disturb her. Instead, the adventurer went indoors and kept sleeping until noon. 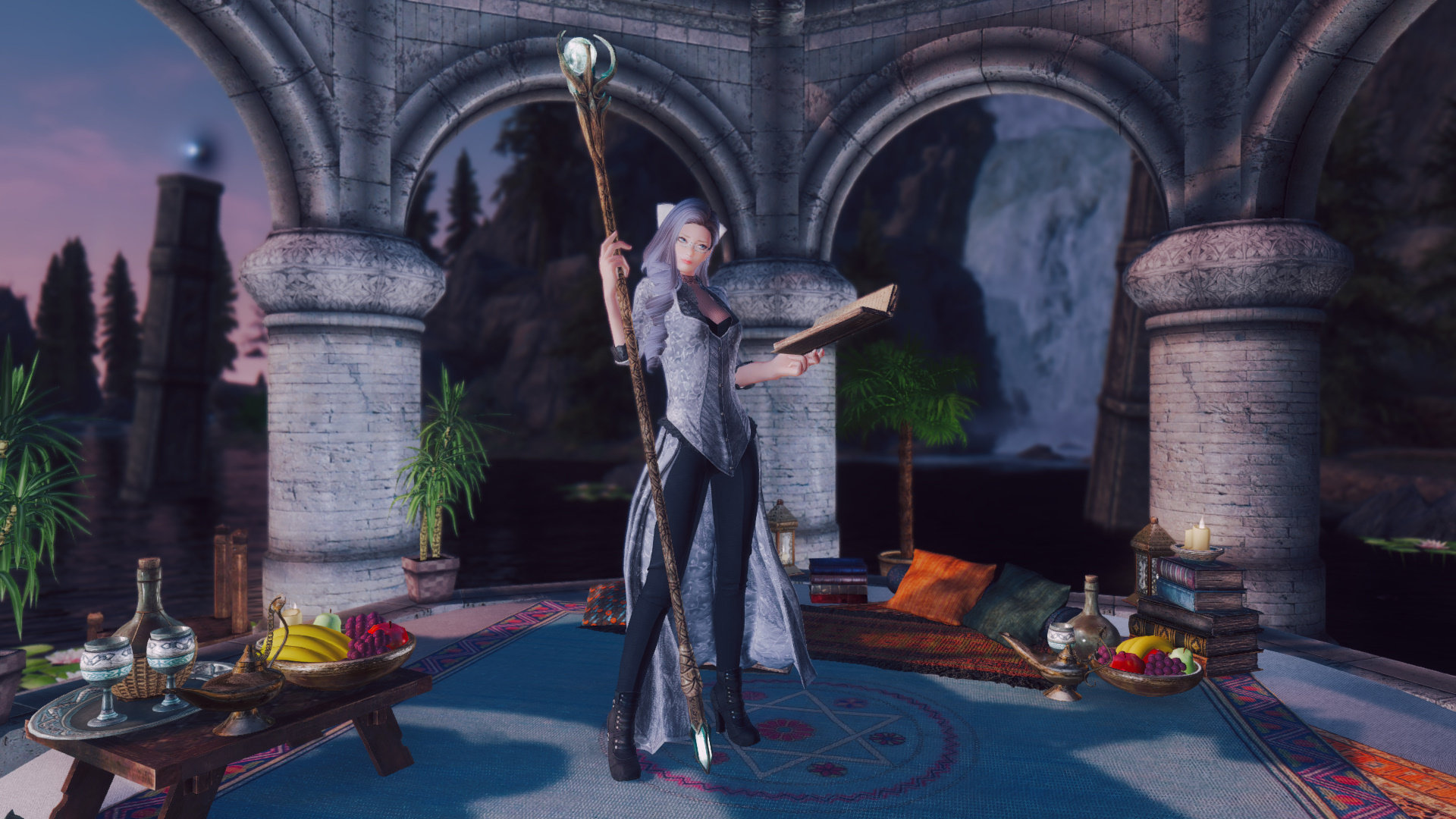 At lunchtime, the witch brought two magic meads and both enjoyed the food. When they finished, Julie had to do some tasks, so she casted a spell and faded. She arrived at night and her face seemed to be a little blushed. Zack thought it should be fine not to ask about it. She kept arriving late the following days. 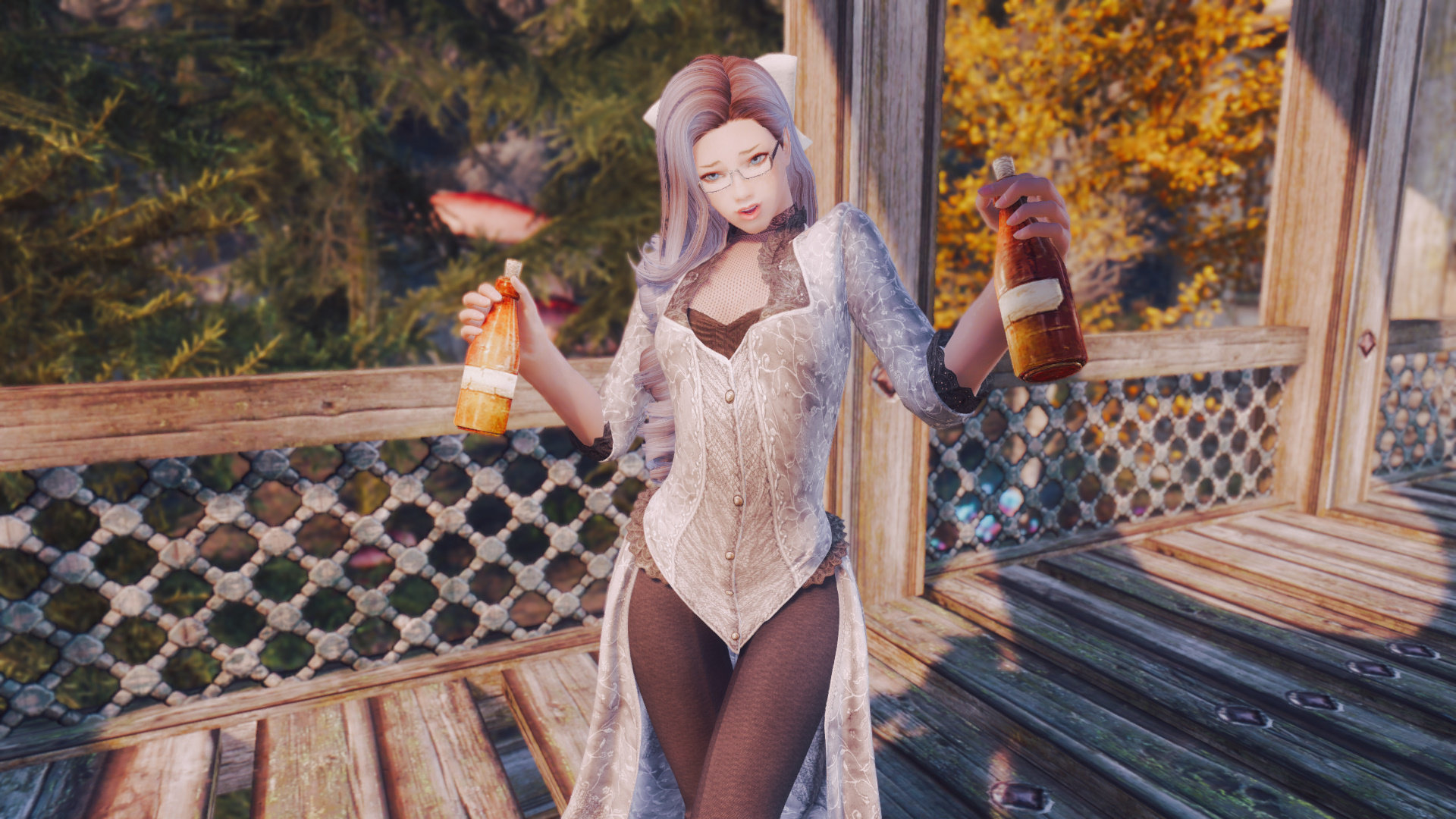 Two days later, he decided to go explore the surroundings of the cave where he met Julie for the first time. He discovered a little hut hidden behind some trees. The hut seemed to be the place where Julie 's client lived and Zack wanted to see how it looked like inside. He wondered if the house would be filled with beautiful flowers and plants. Zack came in and saw a beautiful garden, not as he expected, but it was still beautiful. There was a pink smoke in the air, maybe from an exotic plant. 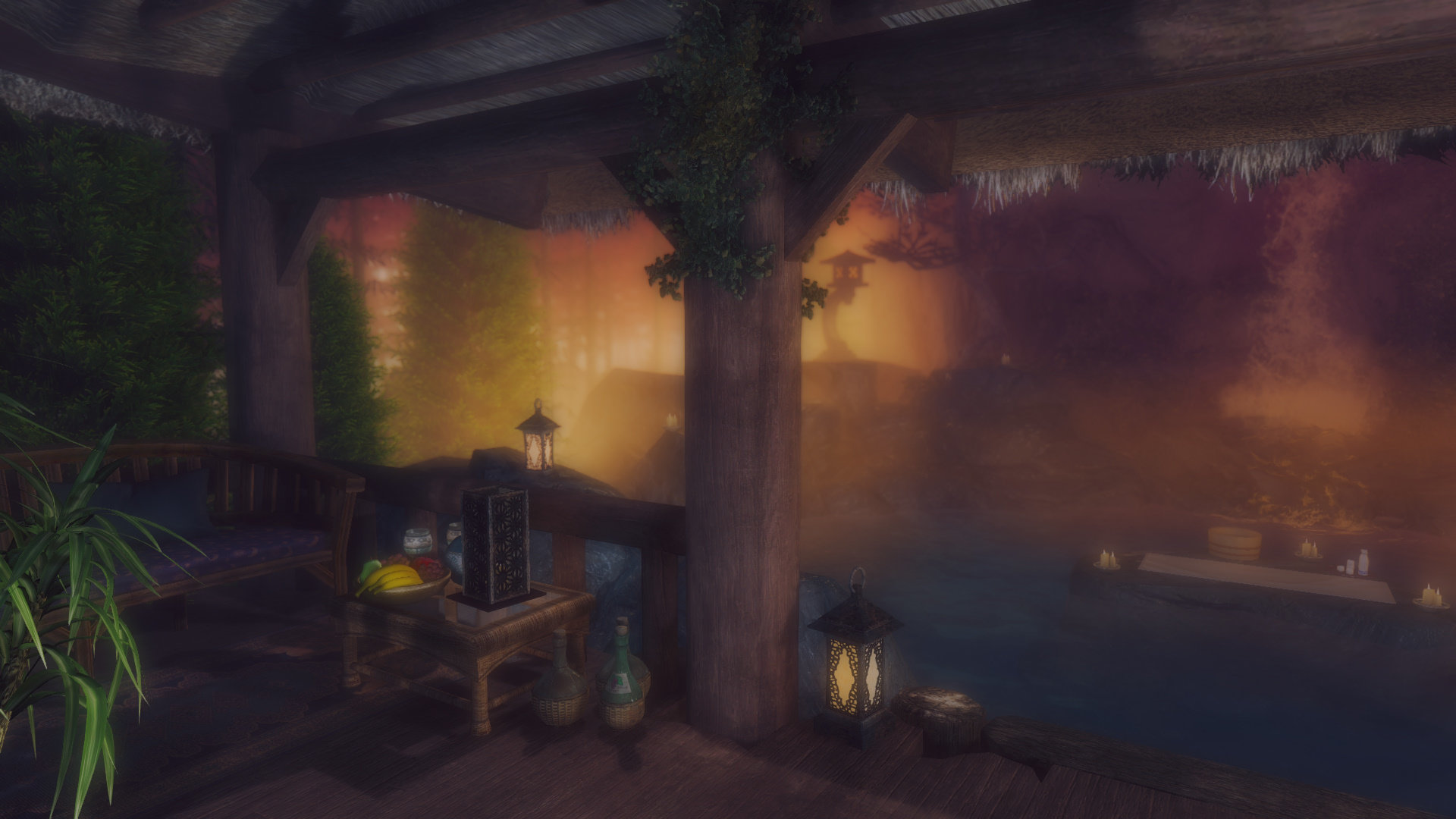 Suddenly, Zack heard an old and grumpy voice from the deepest part of the garden, although there didn't seem to be anyone. The voice told him that there was a hidden treasure inside the house. He ony had to wait until 7 p.m. to discover it. Zack agreed. Julie wouldn't come back to her house until late night either, so there was nobody waiting for him. The adventurer took a seat and waited until the right hour to discover the treasure. 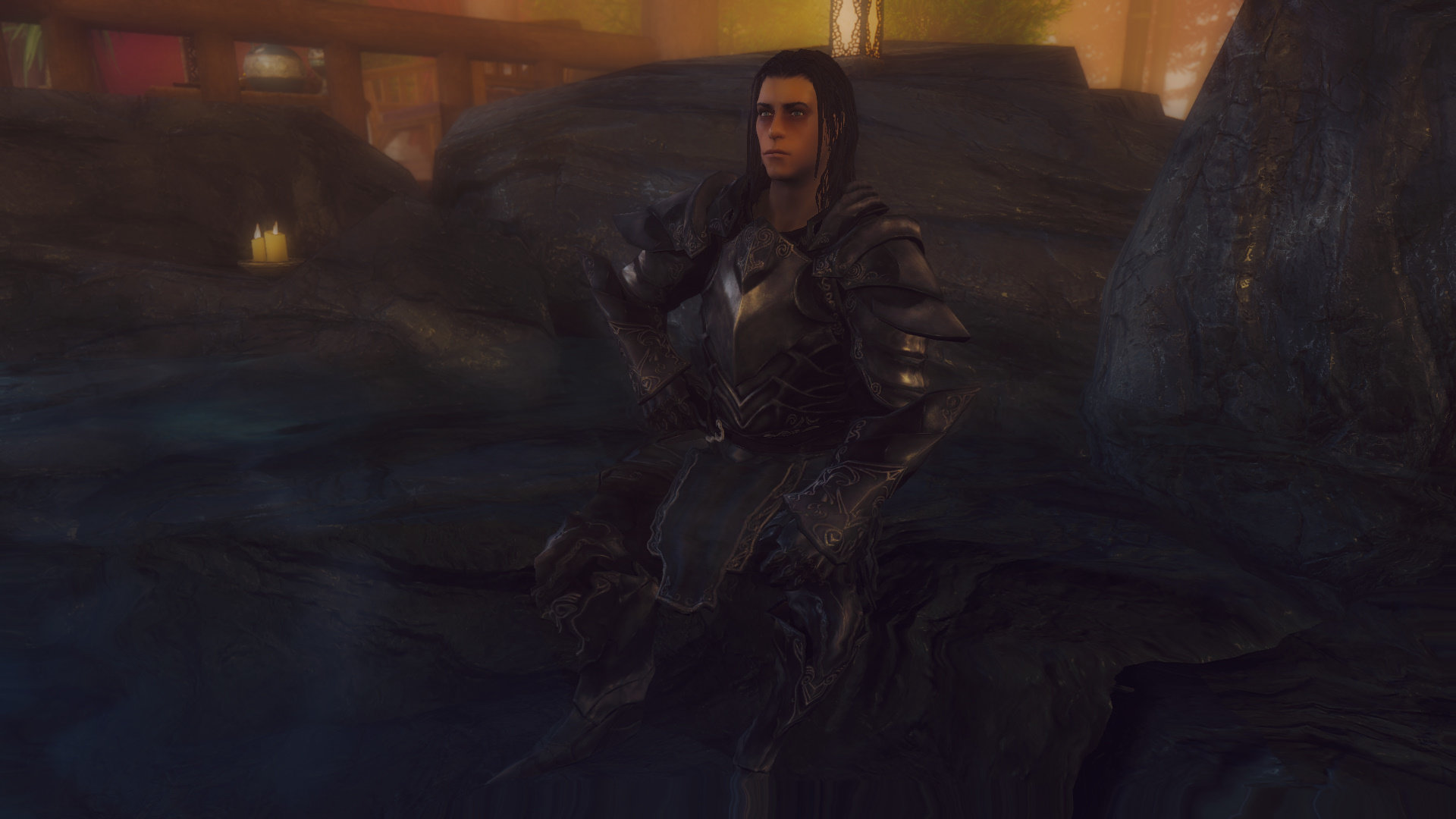 At 7 p.m. o'clock he heard someone knocking at the door. The voice told him to wait and so did Zack. Then the door opened and someone unexpected came in. It was Julie, or at least he thought she was Julie. A woman wearing a long white dress and all tied up appeared in front of him. 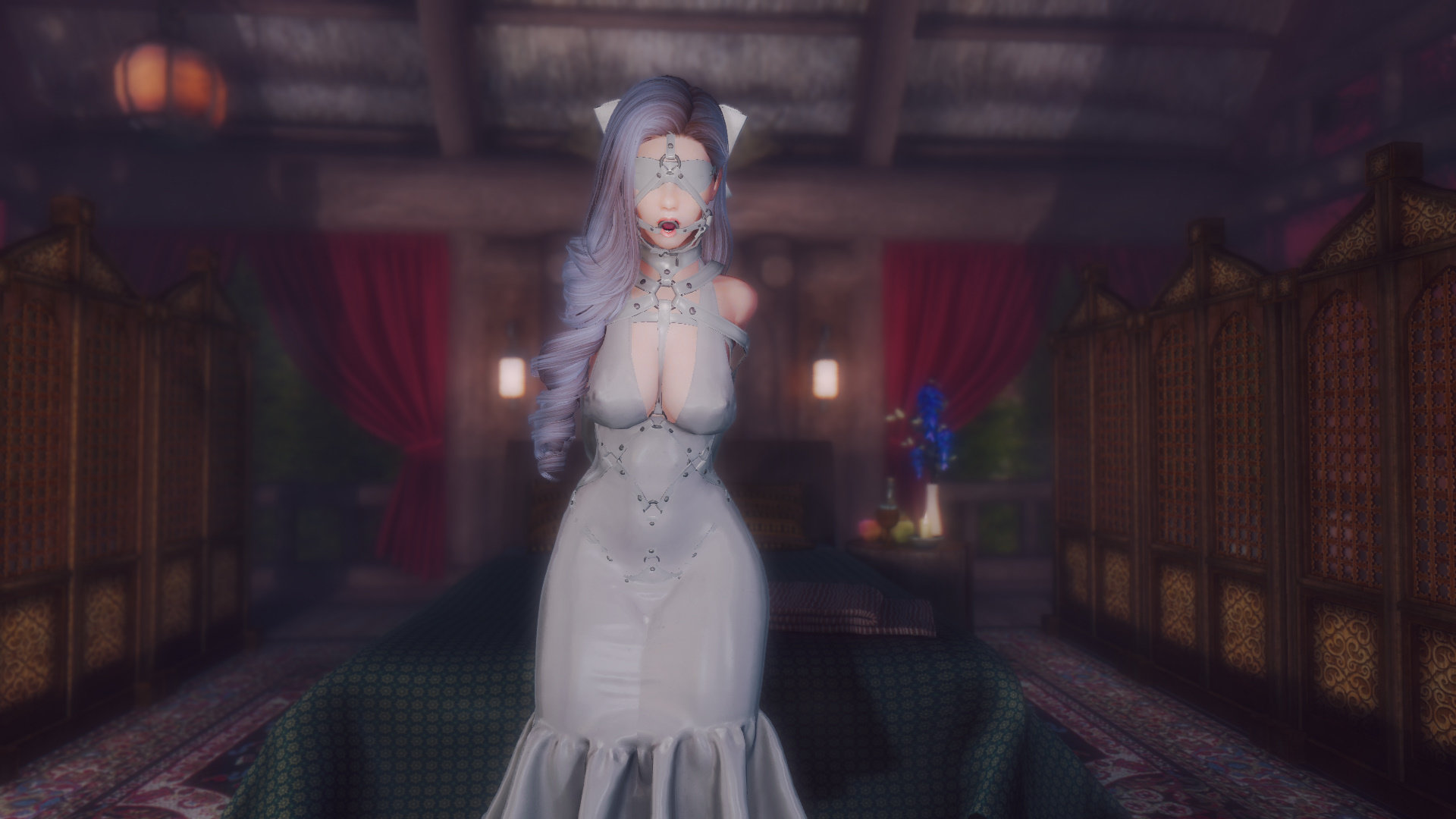 She also had a blindfold and a gag, so she couldn't see that the new guest was Zack. She was blushing and babbling like an aroused bitch. Zack was in shock. He didn't know what to do. Was it real? An illusion? 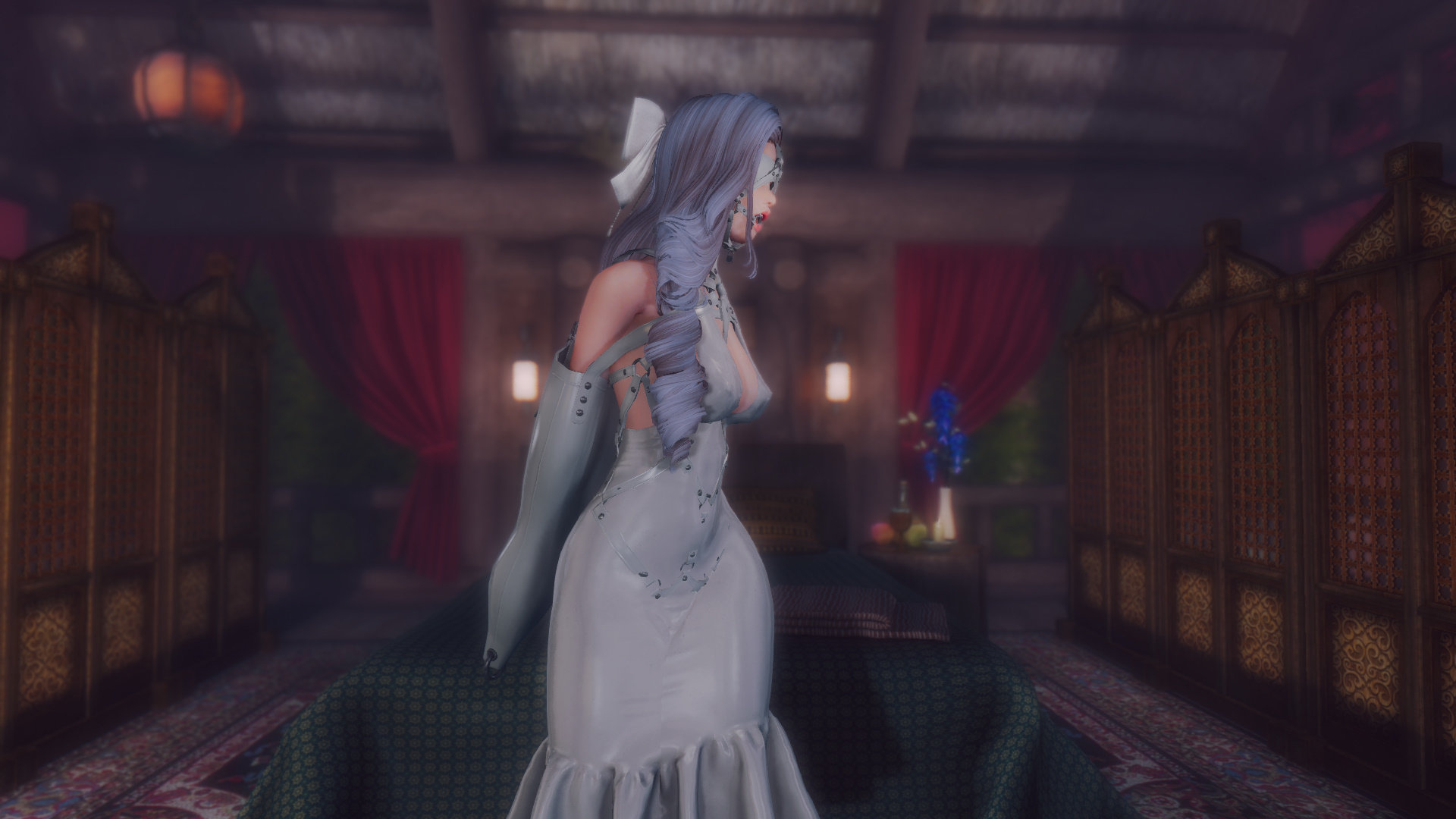 In that moment, the voice casted again a spell and the dress and the armbind Julie was wearing dissappeared, showing her bare body to Zack. 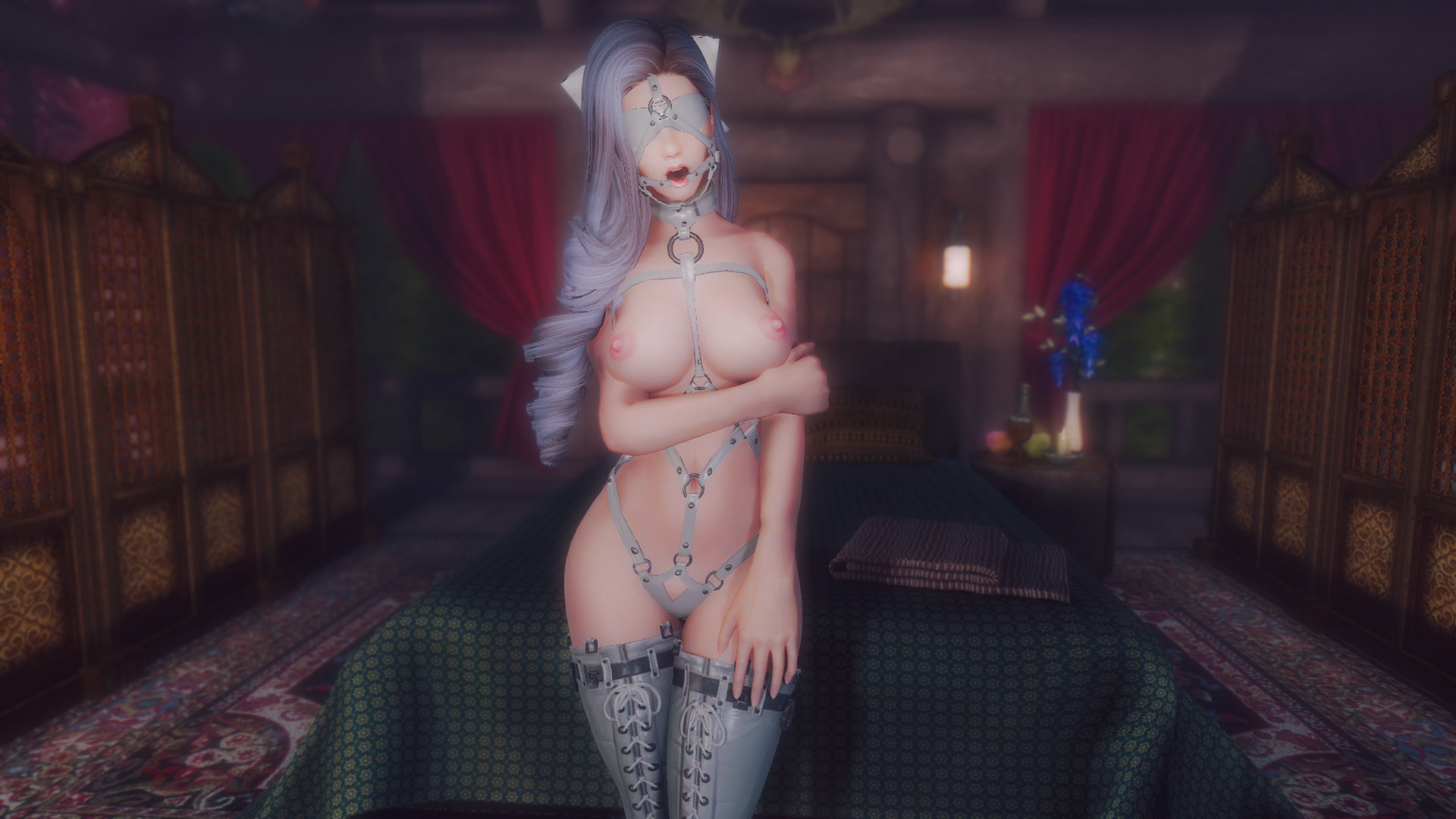 The old man spoke again. He introduced Julie as his personal slave and ordered her to approach the mysterious guest. 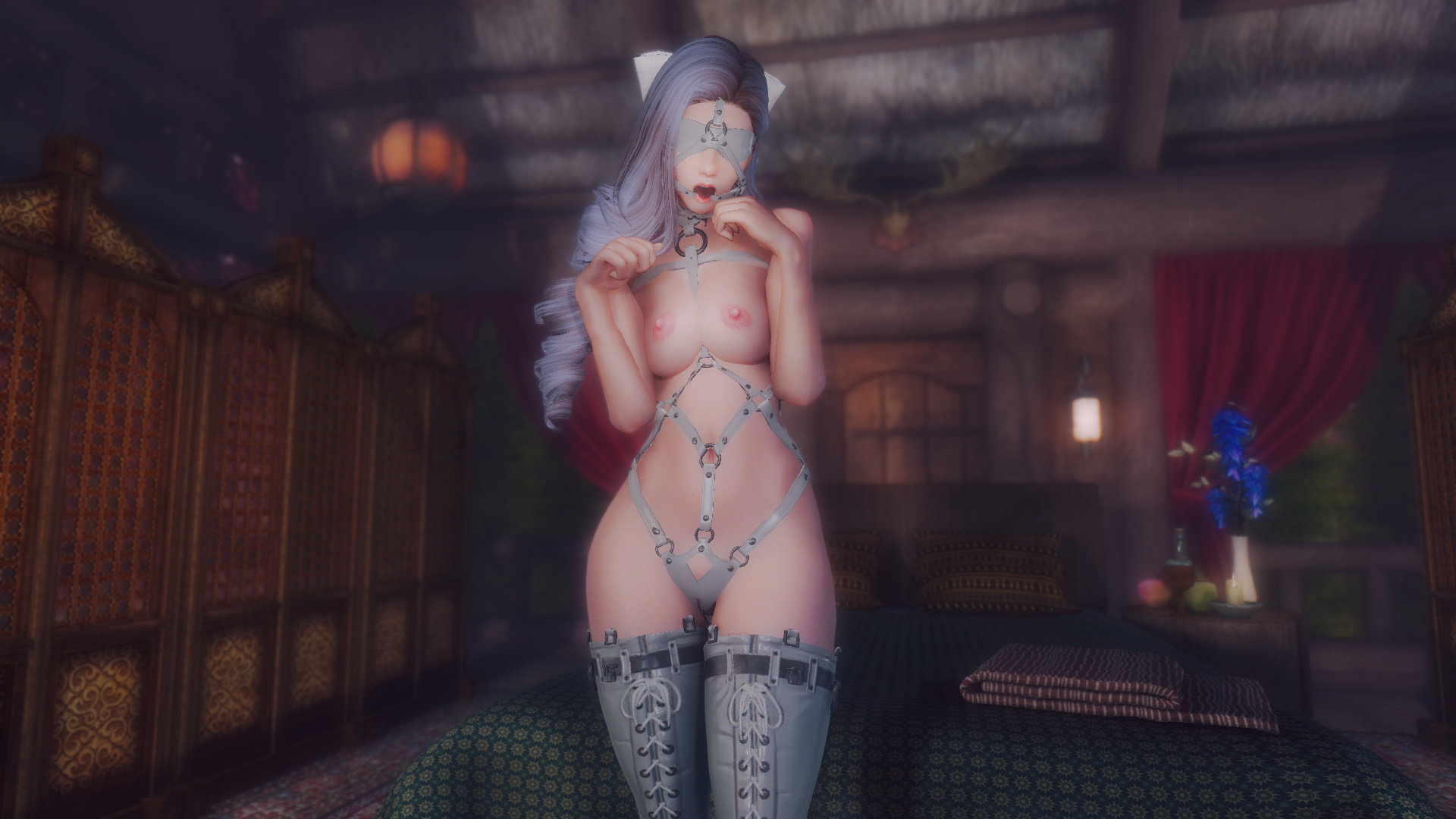 Despite all his efforts, Zack became mute and lost control of his body. The pink smoke was, in fact, a drug that made the victims to lose control of themselves. Julie began to rub her sweating body with Zack's. 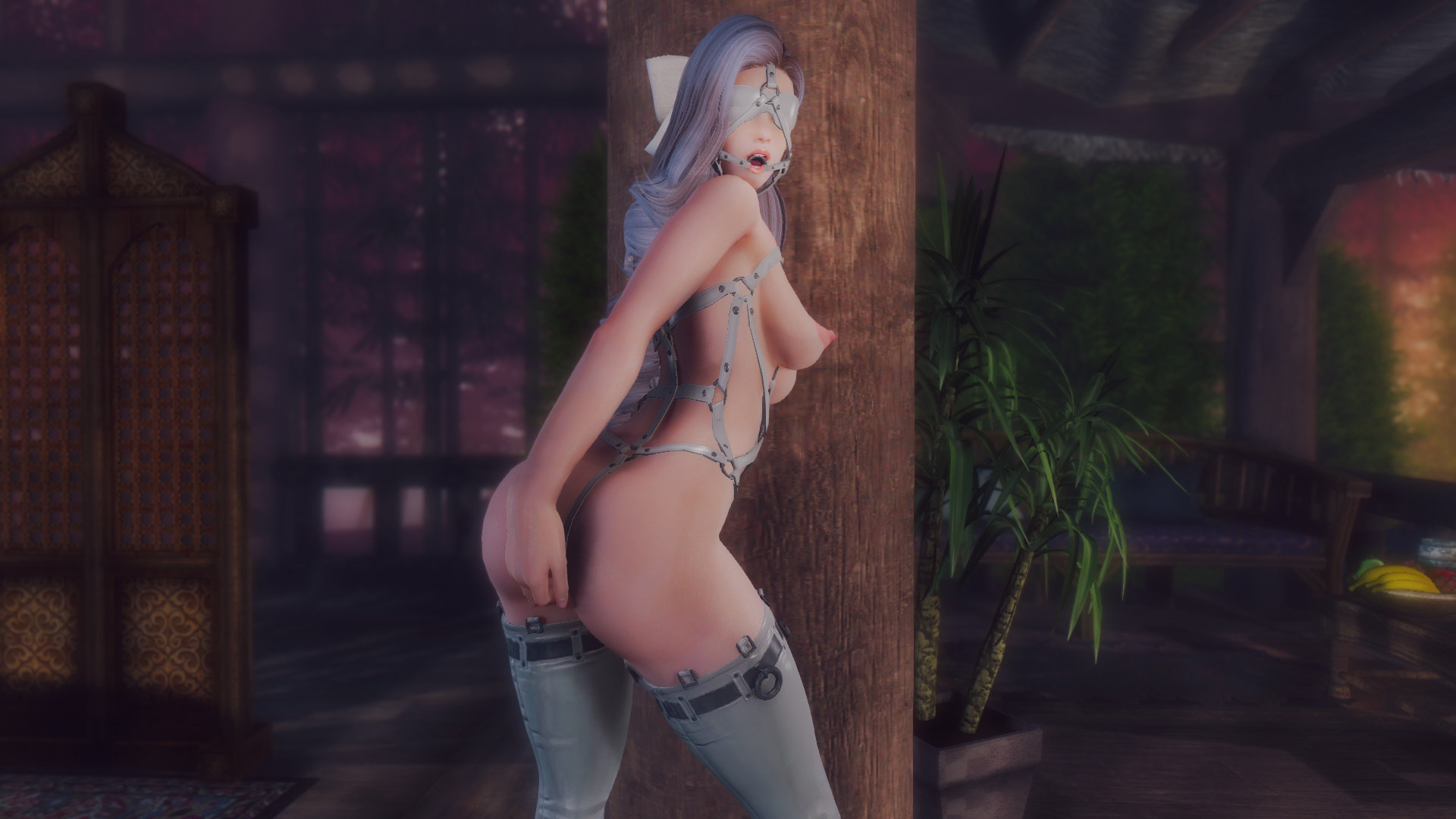 After a few seconds, she turned back and climbed the bed between moans. The witch sat down and opened her legs, inviting Zack to come. The drug made Zack very aroused, so the old man gave him back the control of his body. The show was about to start. 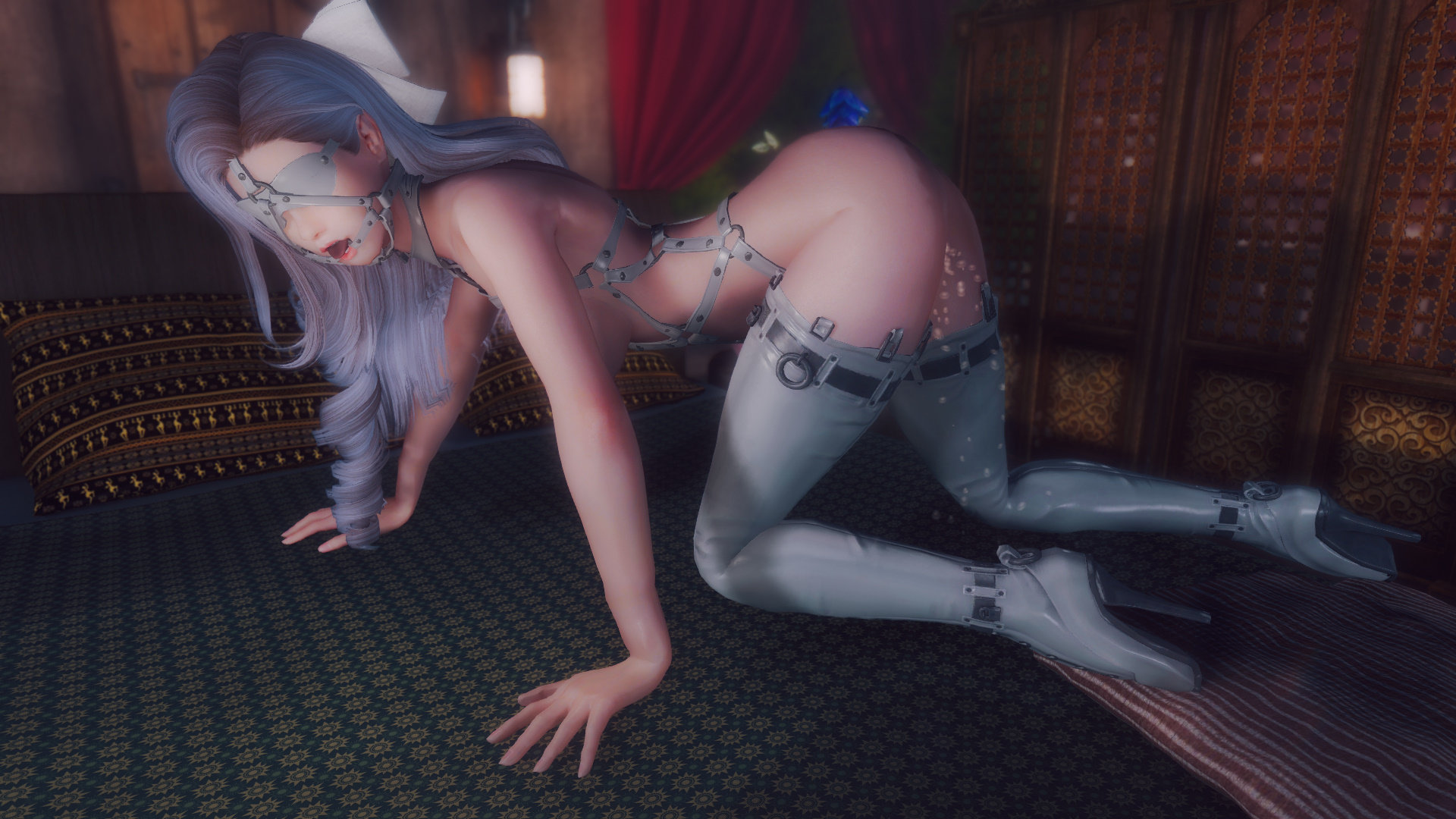 Zack sat down in a chair and Julie laid down onto his lap. Then he began spanking her in the ass. She seemed to be enjoying it, as she had her tongue out and her cunt was dripping wet. 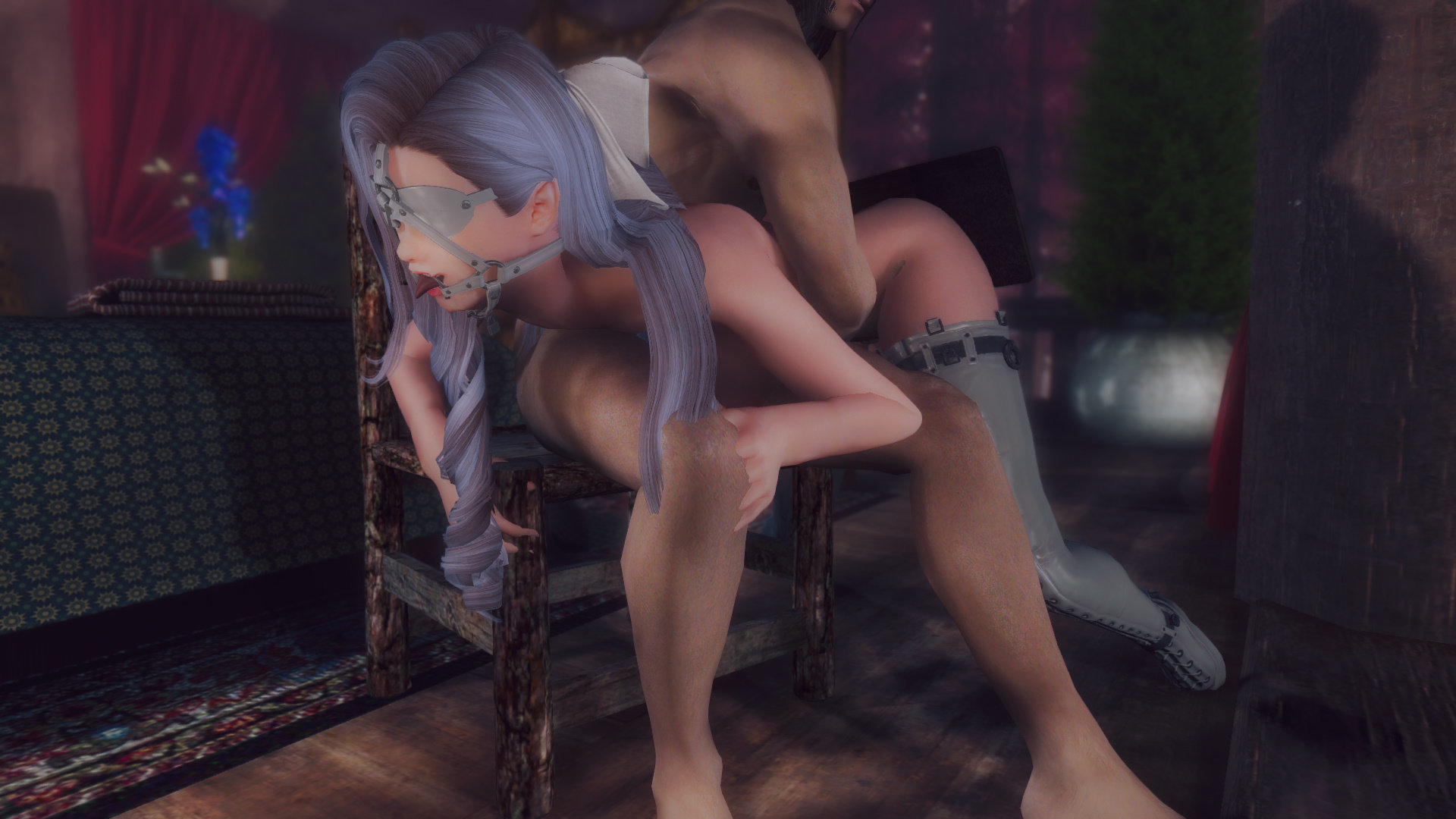 When Zack finished the spanking, he grab Julie by her hips and thrust his prick inside her vagina. 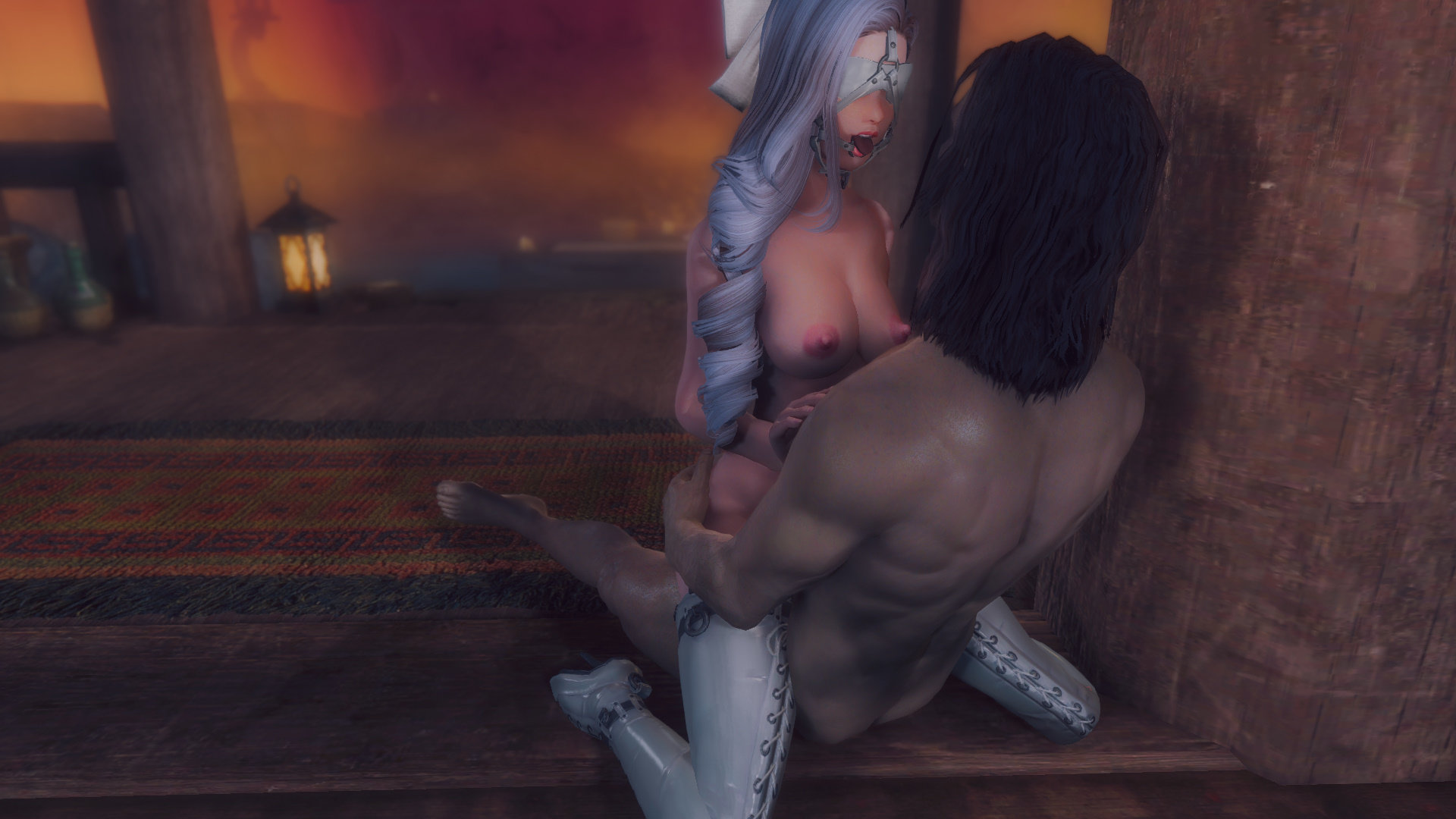 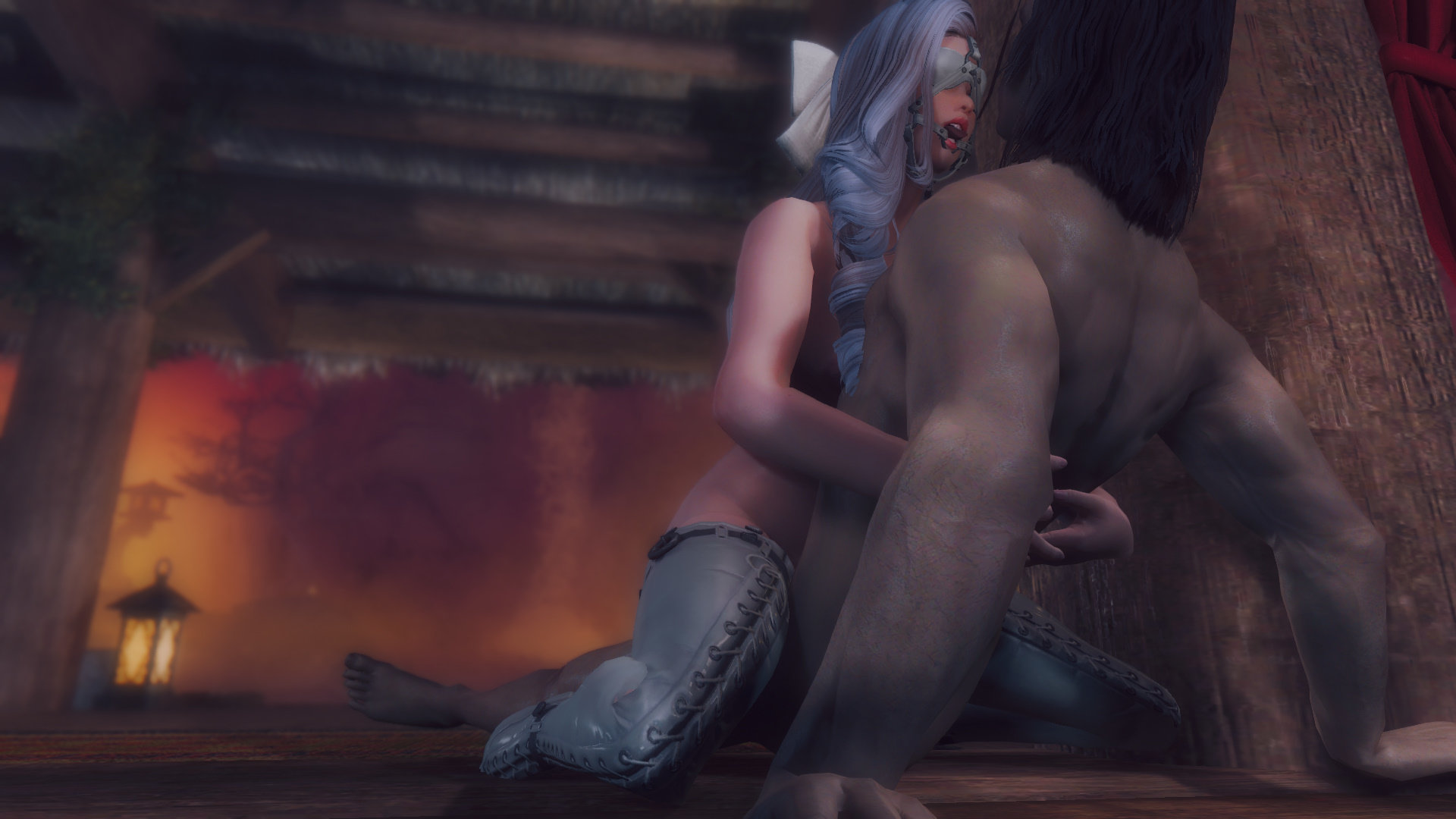 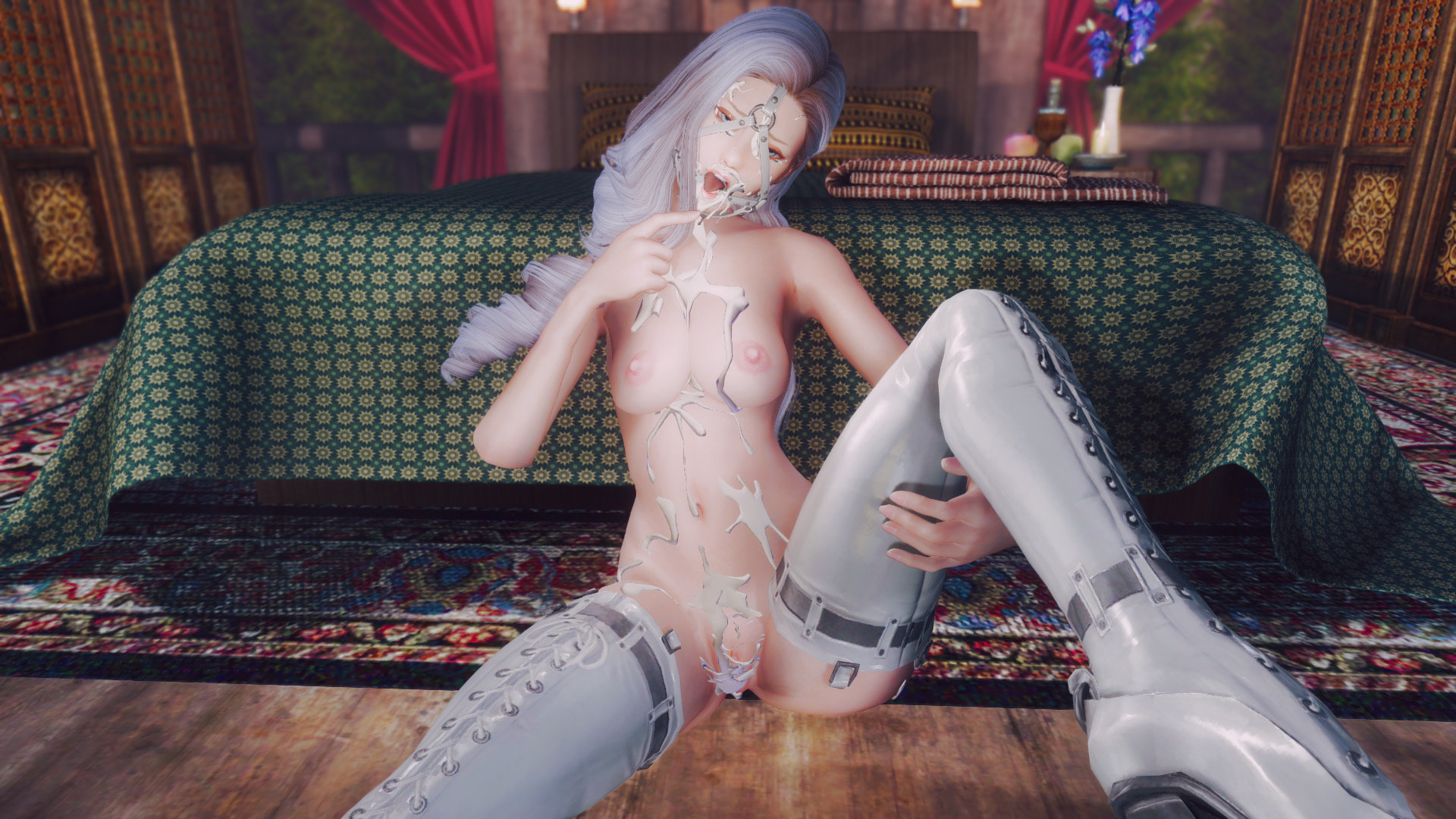 What will come now? Did Julie recognise Zack? What are the plans of the old and grumpy man? Why was Julie his slave?

PLOT: An adventurer named Zack discovers a magic world with magic creatures and a particular witch. 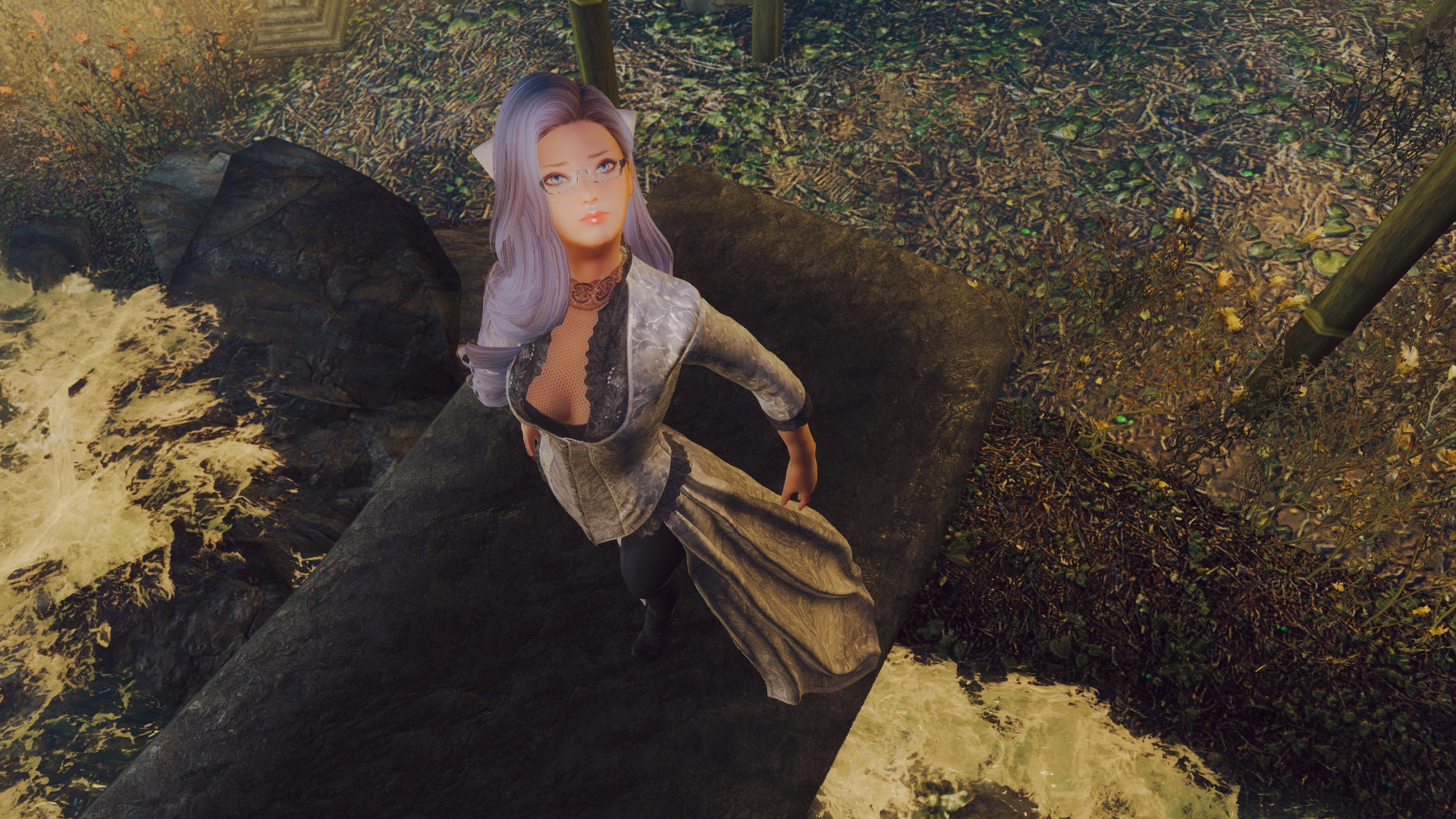 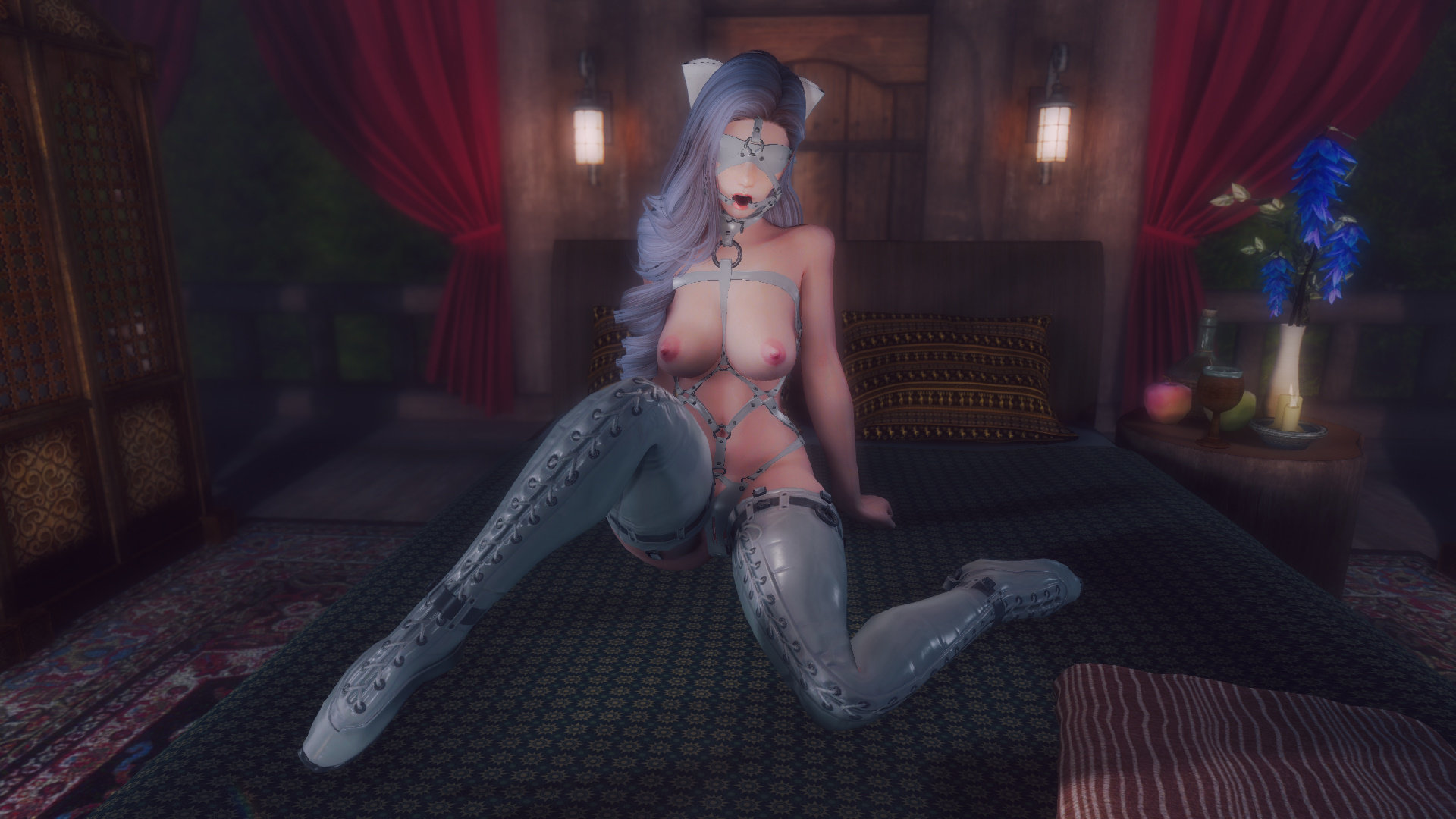 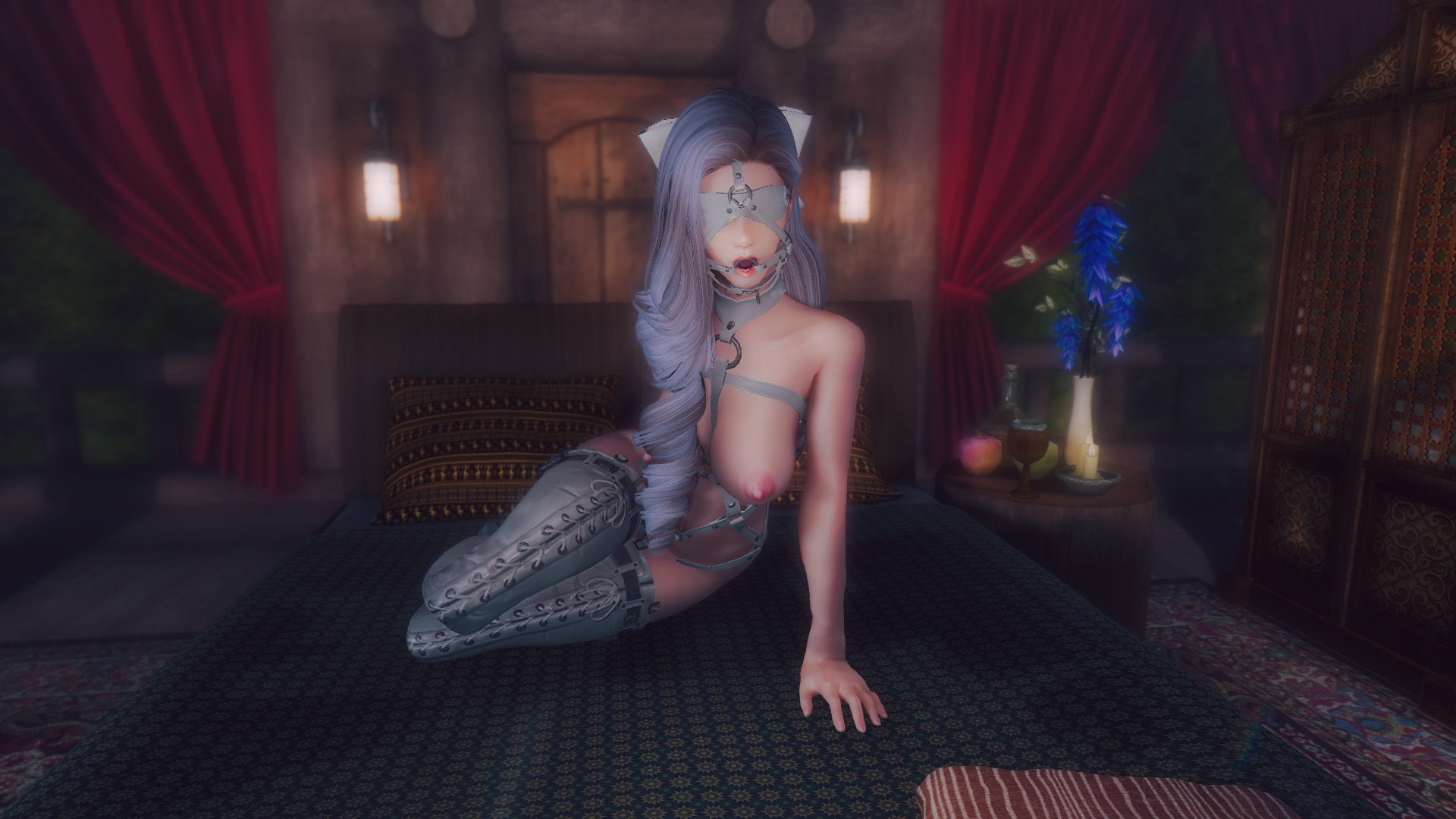 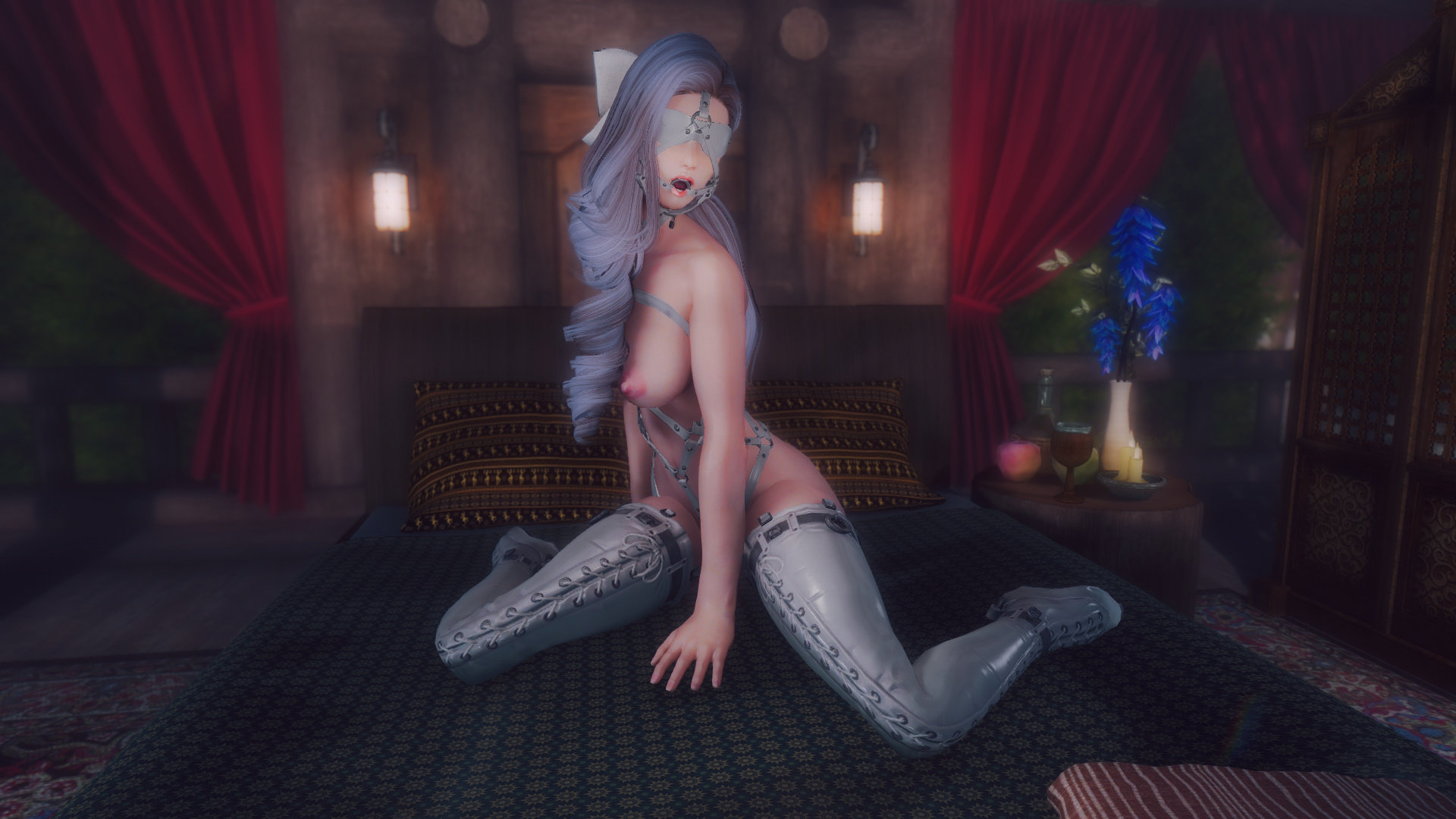 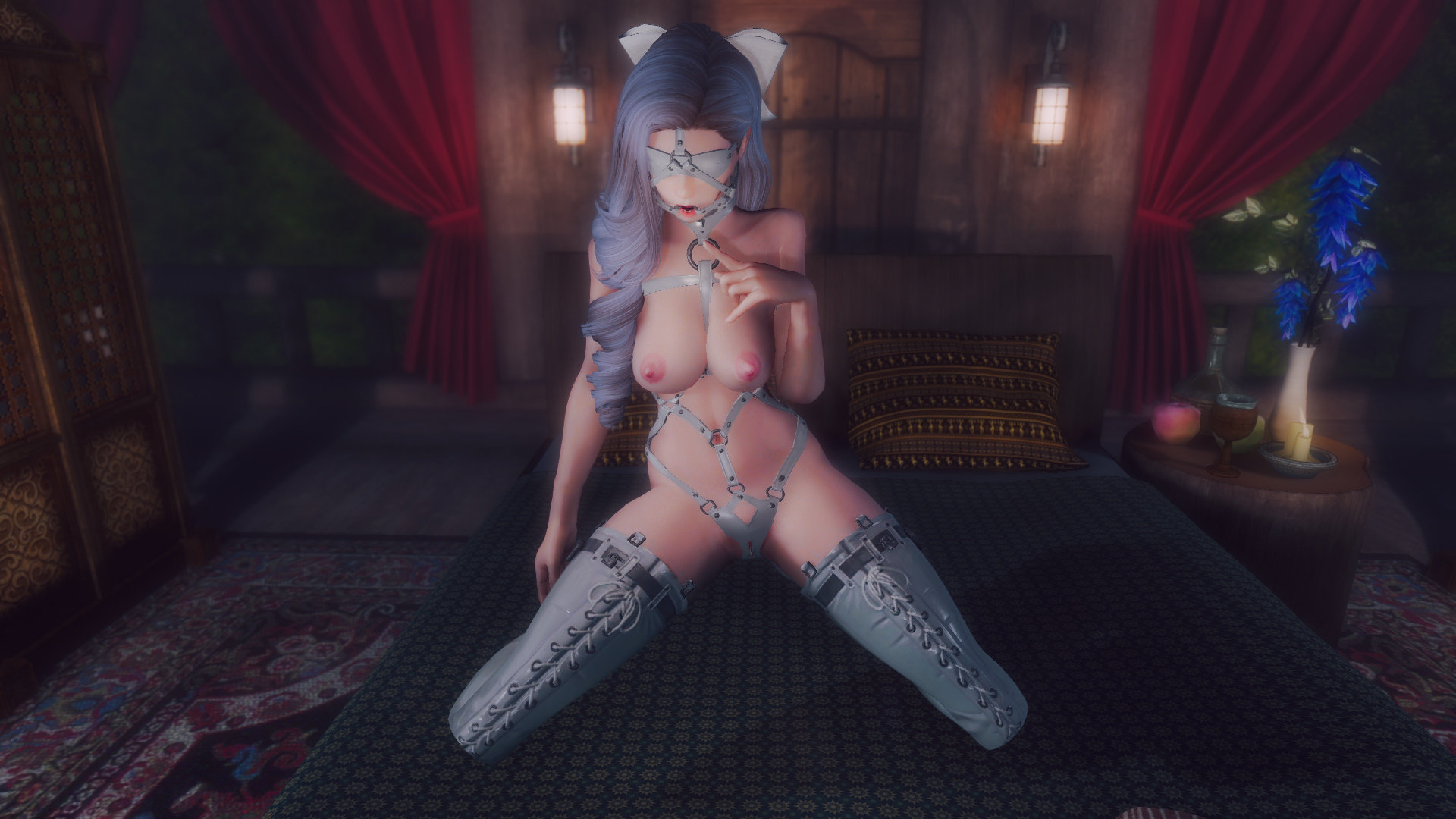 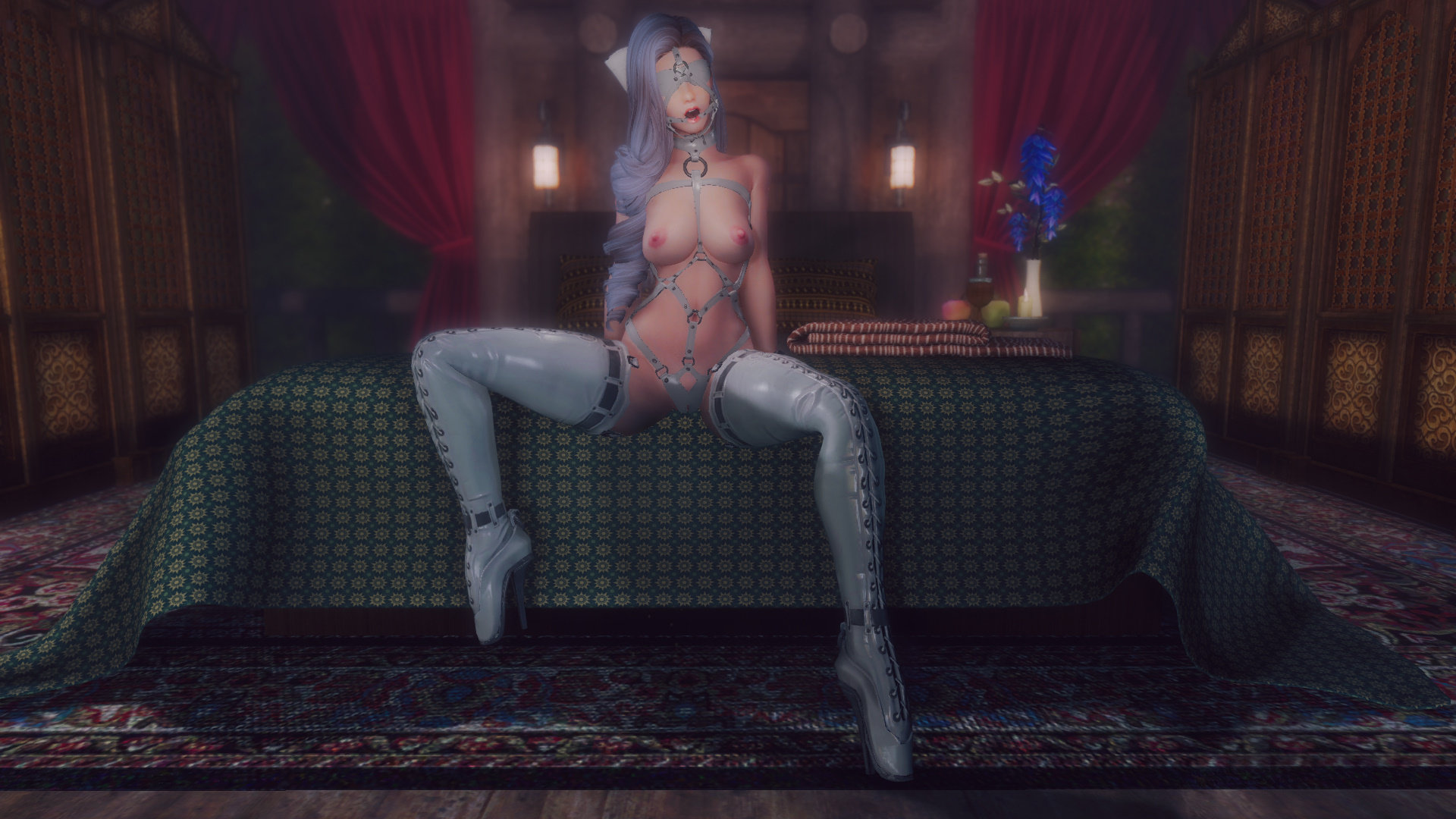 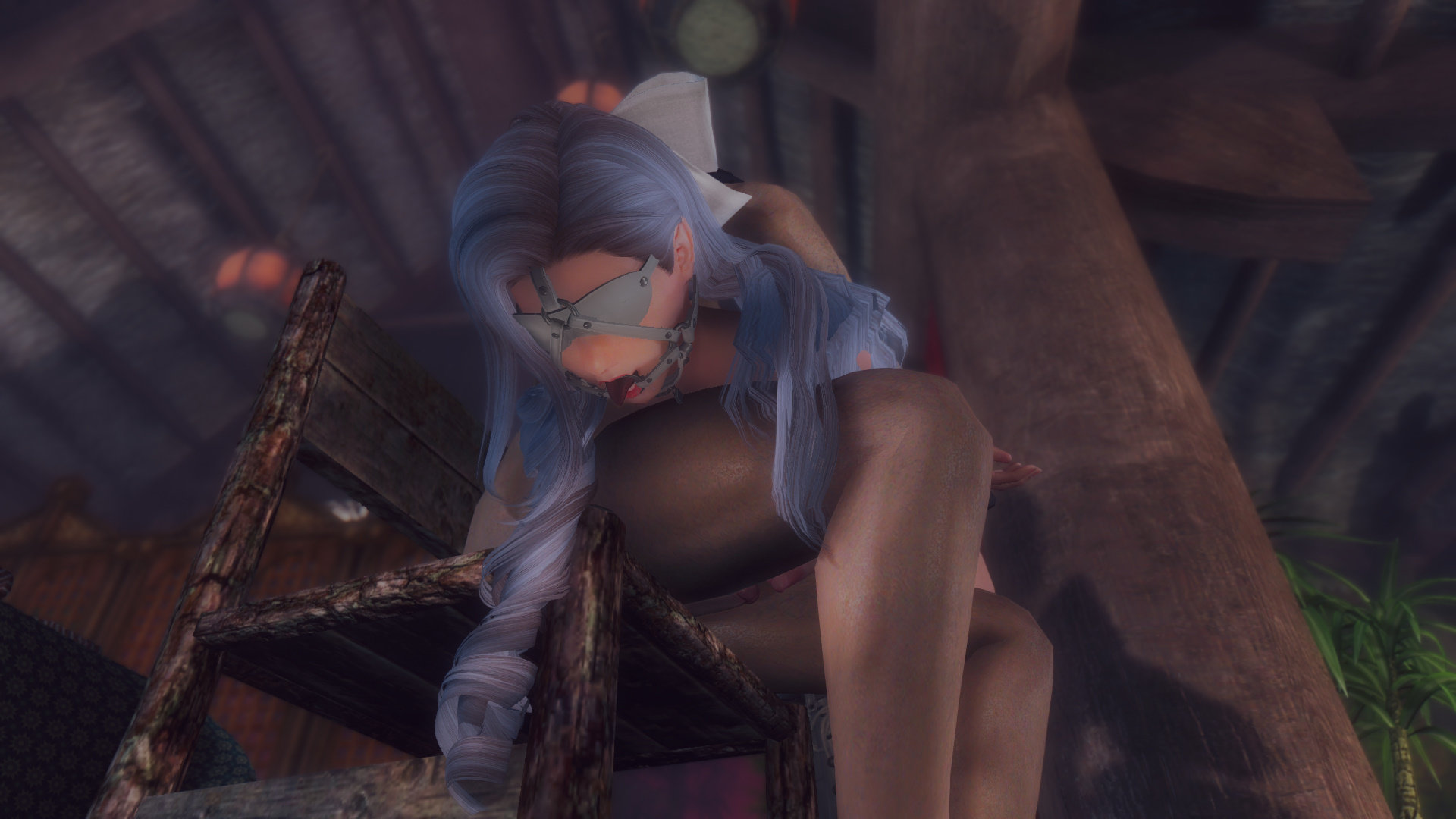 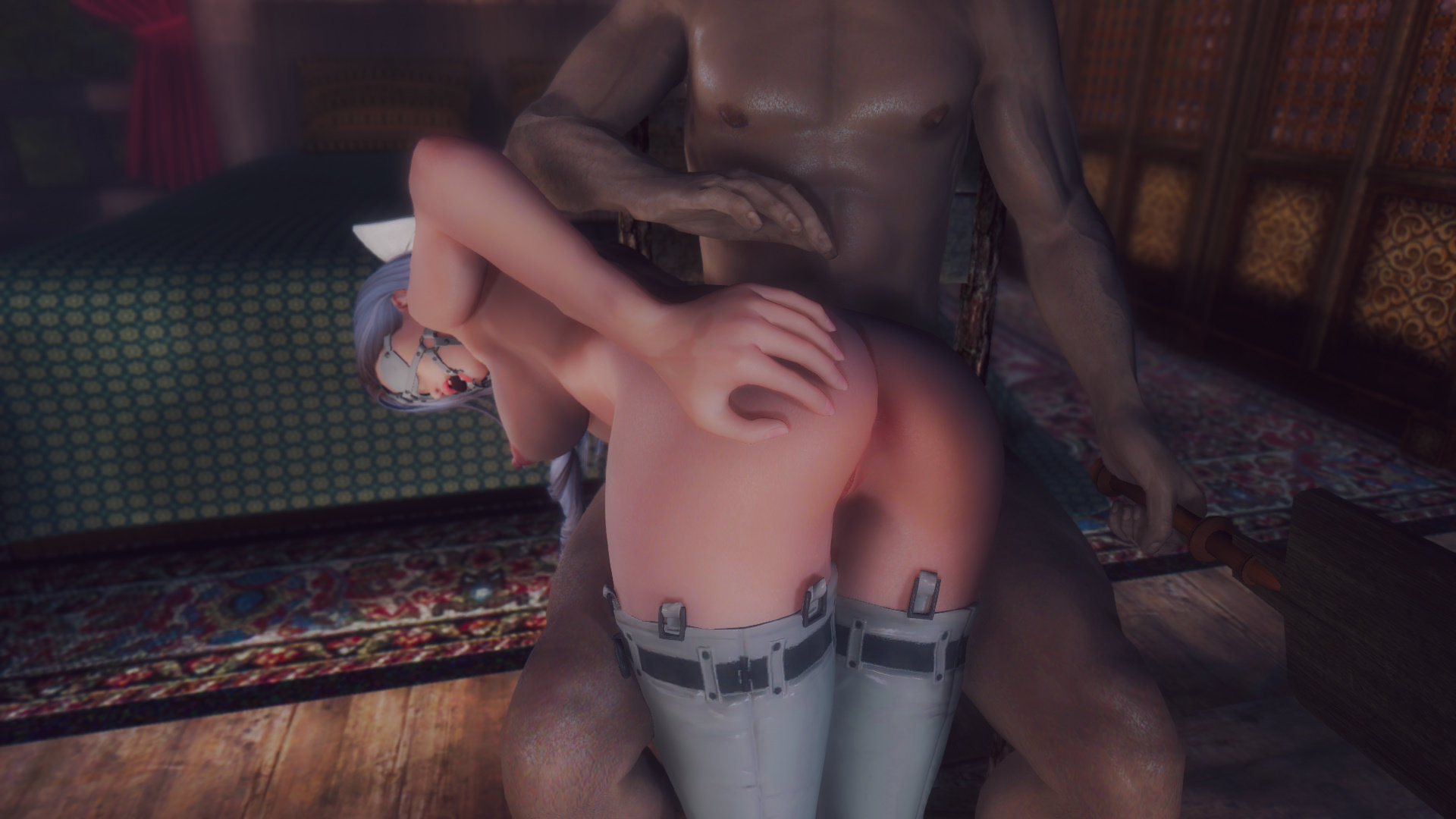