No real theme here, just a few captures that I wanted to share.

To start with, this is Jade,, from Atomguard. I was doing something else entirely, when she wandered into shot, just like this. I thought it made a good picture. The hat is the Airship Captain hat from one of Armorsmith's many, many submenus. I wanted to see what it looked like, and it seemed to suit Jade, so I let her keep it. 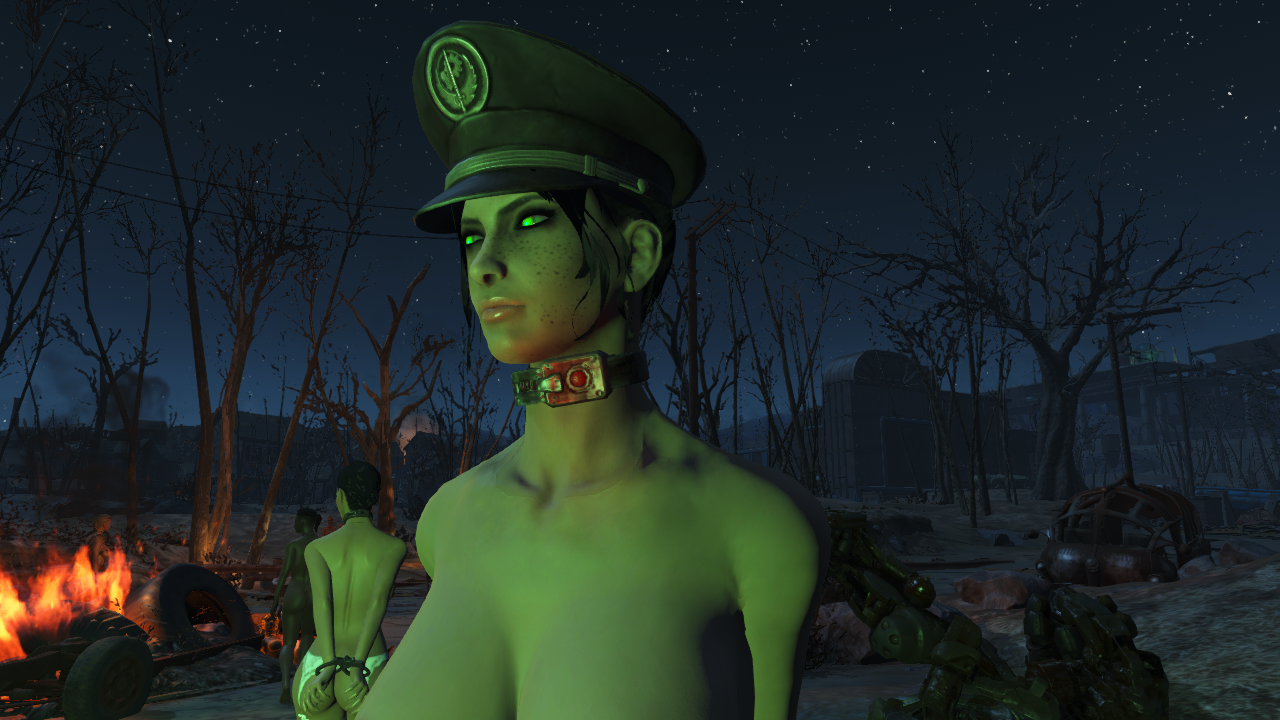 As a nice coincidnce, the girl with the white garter belt and the handcuffs is Jade's maid. I got them as a two for one sort of deal. Thought it might be fun to make each of them watch while I impregnated their lover.

Here's a bit more of Jade. Boots courtesy of the High Heels mod. 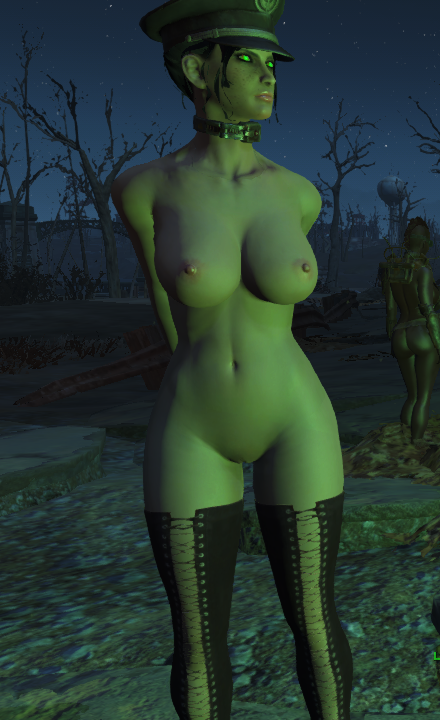 And totally unrelated, but here's my current guy, decked out in the best ant-irad gear he could find at short notice, recuperating at Castle Valenheart off in Far Harbour. Doesn't look creepy at all, does he?

Lady Grognak there is Commander Kaylor, late of the Gunners. I encountered her outside the Nuka Cola rail terminal, busily trying to murder anyone who came close. Now she's bringing life into the world instead. 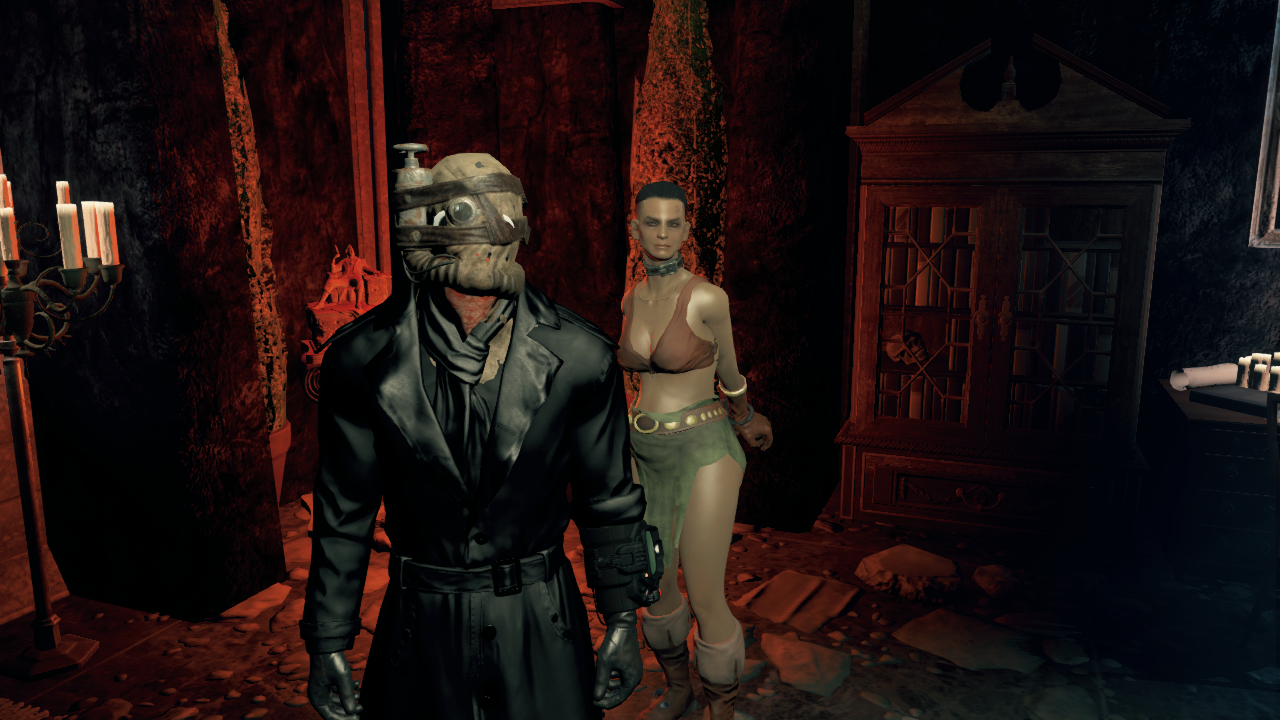 There seems to be an emerging Atomguard theme here, so let's close with a shot of Vicar Amelia posing in front of the Sagrus furnace. 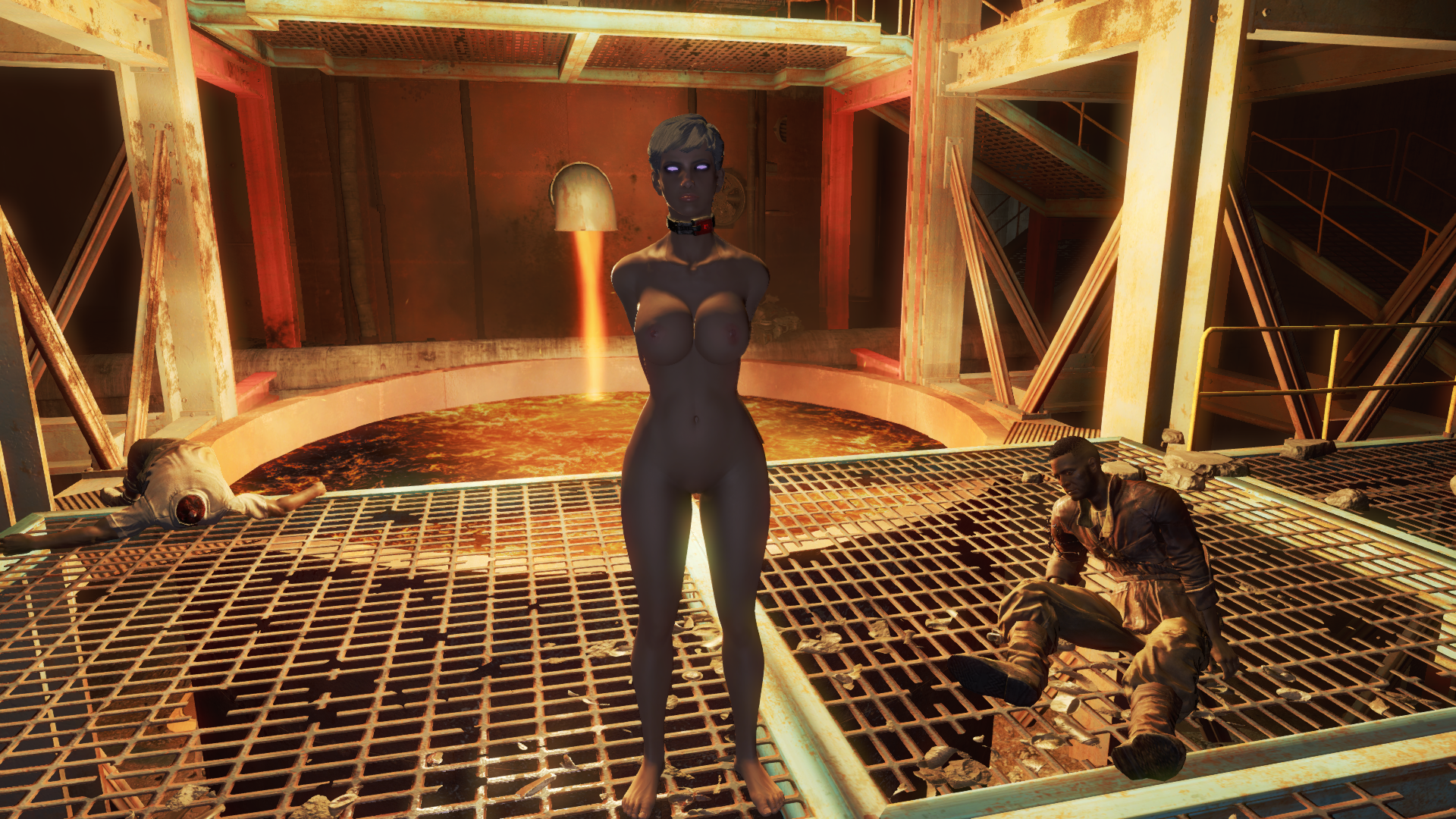 OK, go on then, one more. I've revived my old practice of keeping a trophy room at Sanctuary Hills. 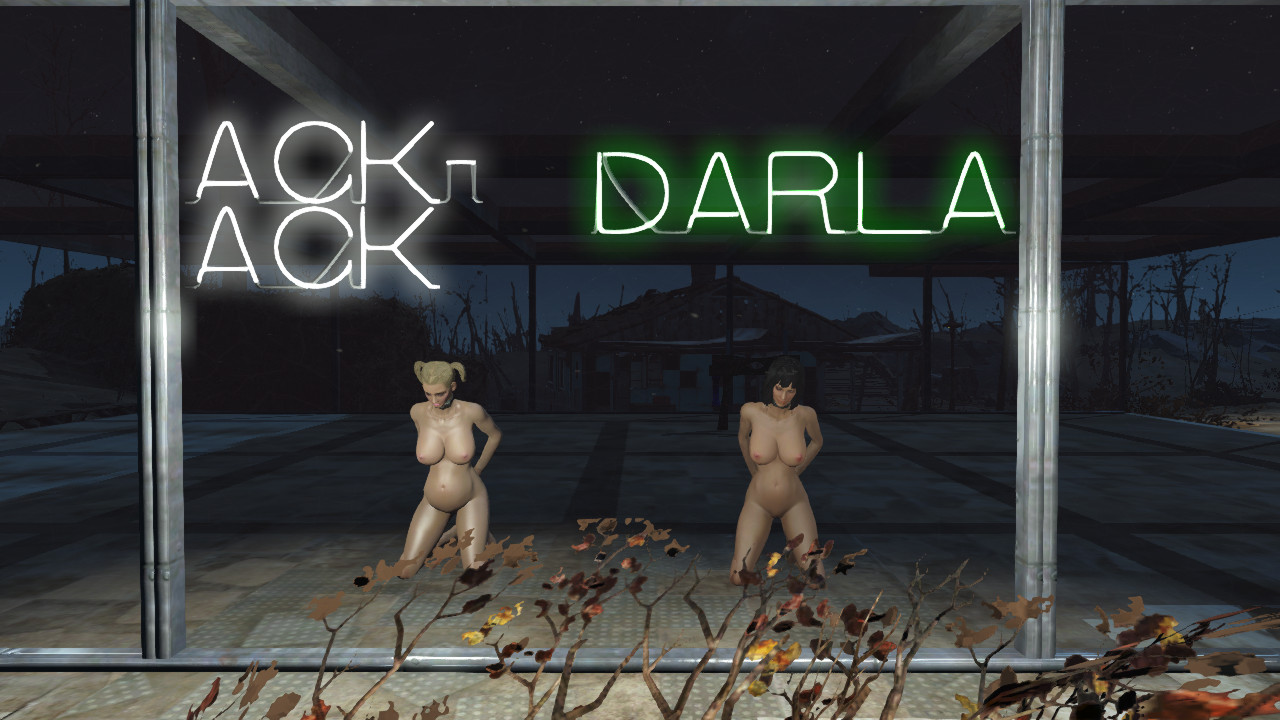 When I say "trophy" it's more in the sense of "trophy wives" than giant pennies and stuffed dinosaurs. And more "trophy slave" than "wife" really.

So we have Ack-Ack from USAF Olivia, and Skiiny Malone's squeeze, Darla. Both of them kneeling submissively, naked and knocked up. Just as an object lesson to anyone who might want to try their chances against the General of the Minutemen.  (I think Preston must be a little slow on the uptake though - I'm sure he'd throw a fit if he realised what I was doing. Then again, who else is going to rebuild his boy scout troop for him?)

And a quick shout out to the Raider Queens mod for the excellent job they've done cleaning up Ack-Akc, there. This is the first time I've had her on display when I haven't put a sack hood over her head.