I arrived in the great city of Solitude safely and full of determination to do what I must to defeat bandits, save innocent serving girls, and bring honour to my temple. The first thing I did, however, was throw the ridiculous hat the High Priestess insisted I worn into the river. 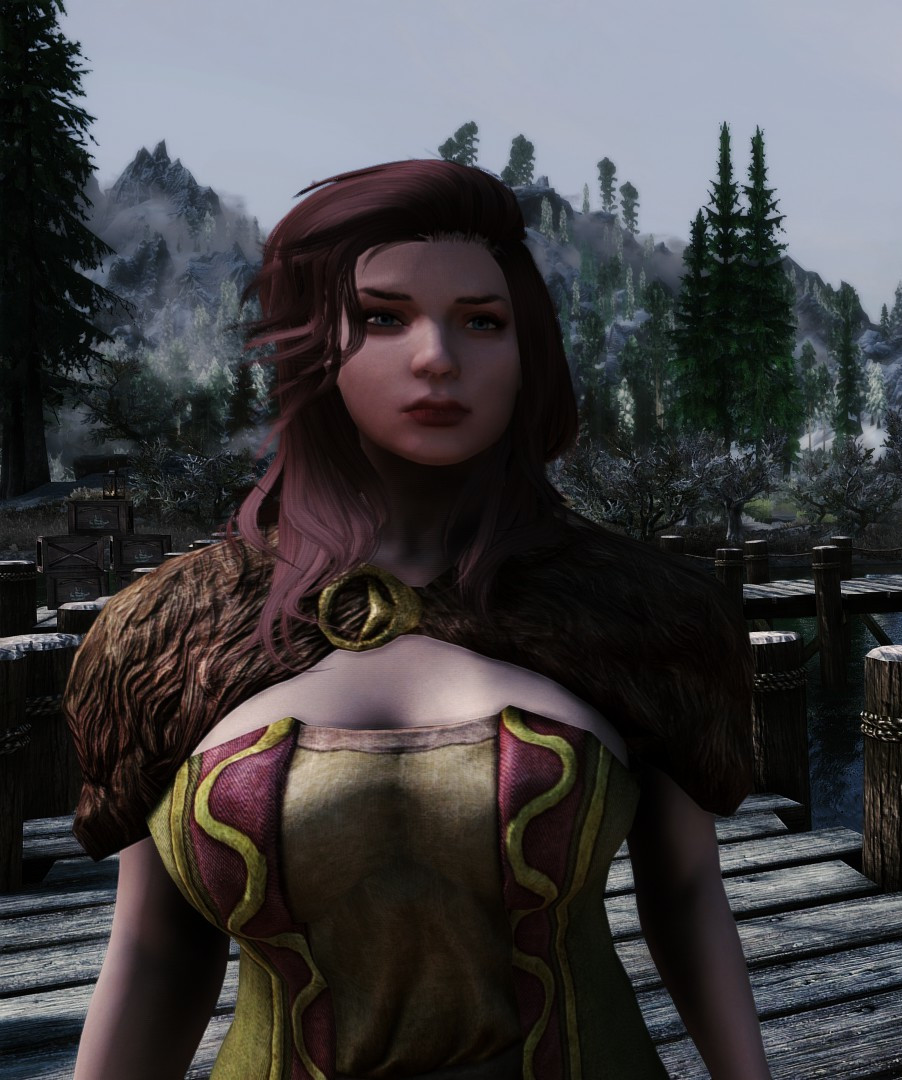 The docks were quiet and, leaving the other passengers to disembark, I made my way up the hill to the city gates, passing Katla’s farm and a carriage driver on the way. It was at there I encountered the first of the poster advertising one of the captured women as a slave. I was disgusted by how brazen the bandits had been, putting it up so close to the gates. I had honestly believed in that moment that the bandits must still be present in the area for surely no decent peacekeeper of the Empire could ever allow such wanton wickedness to exist for more than a few moments before tearing it down in white hot rage! 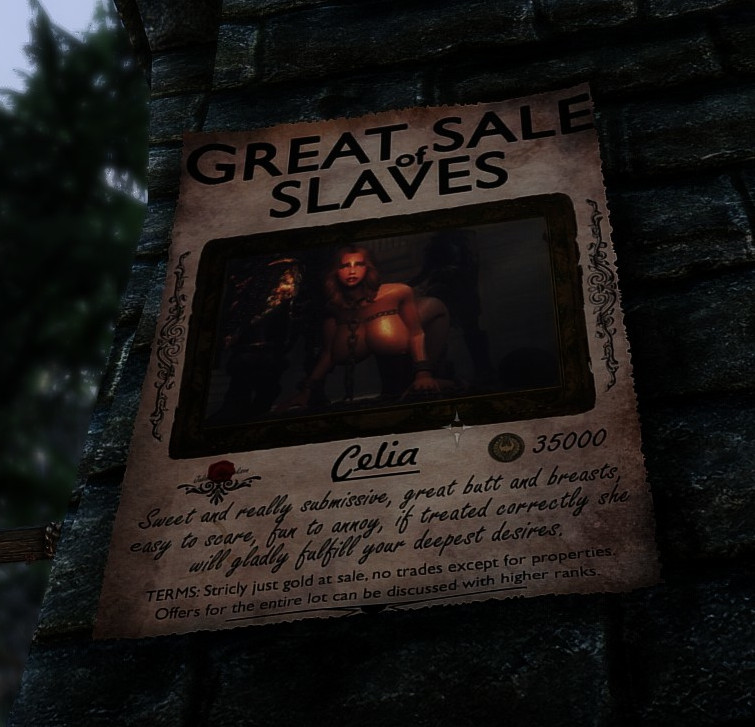 Alas I was to be left shaken once more for at the top of the hill, scant feet from Solitude’s gates was another poster, this one from the City Watch declaring that it was in fact the women who formed a bandit gang called The Deadly Wenches and their captors were operating in full sight of the law. 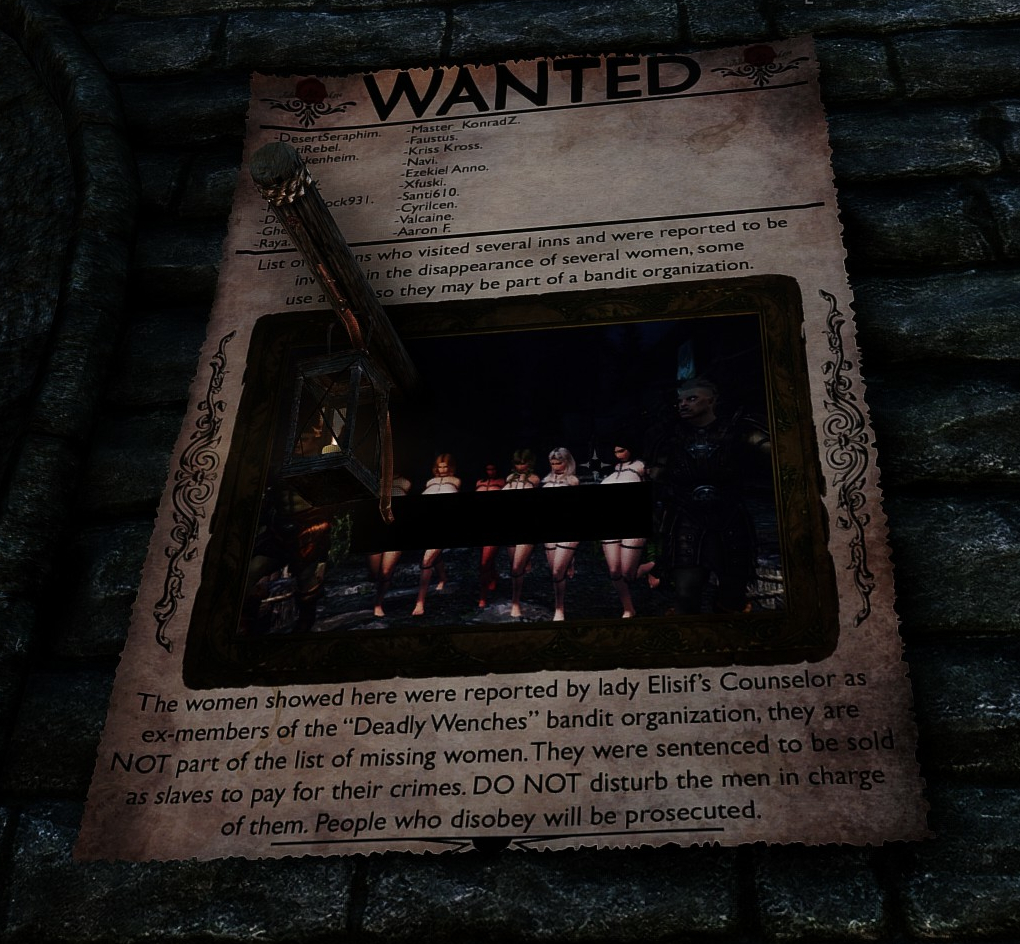 I was repulsed as the truth of why the authorities of Solitude had not answered the High Priestess’ call for aid revealed itself to me. Nether-the-less, I had an obligation to uphold and so, with a heavy heart, I pushed open the gates and stepped inside.

I did so to witness yet more justice The execution of the very man who’d allowed Ulfric Stormcloak to escape after his horrific murder of the High King. This condemned man had, in many ways, been the one to plunge Skyrim into civil war. Humbled being such a witness of history, I took my place amongst the growing crowd as the headsman swung his axe – although I was disturbed to also see a young woman shackled within arms’ length of the traitor’s head as it lay in the basket. 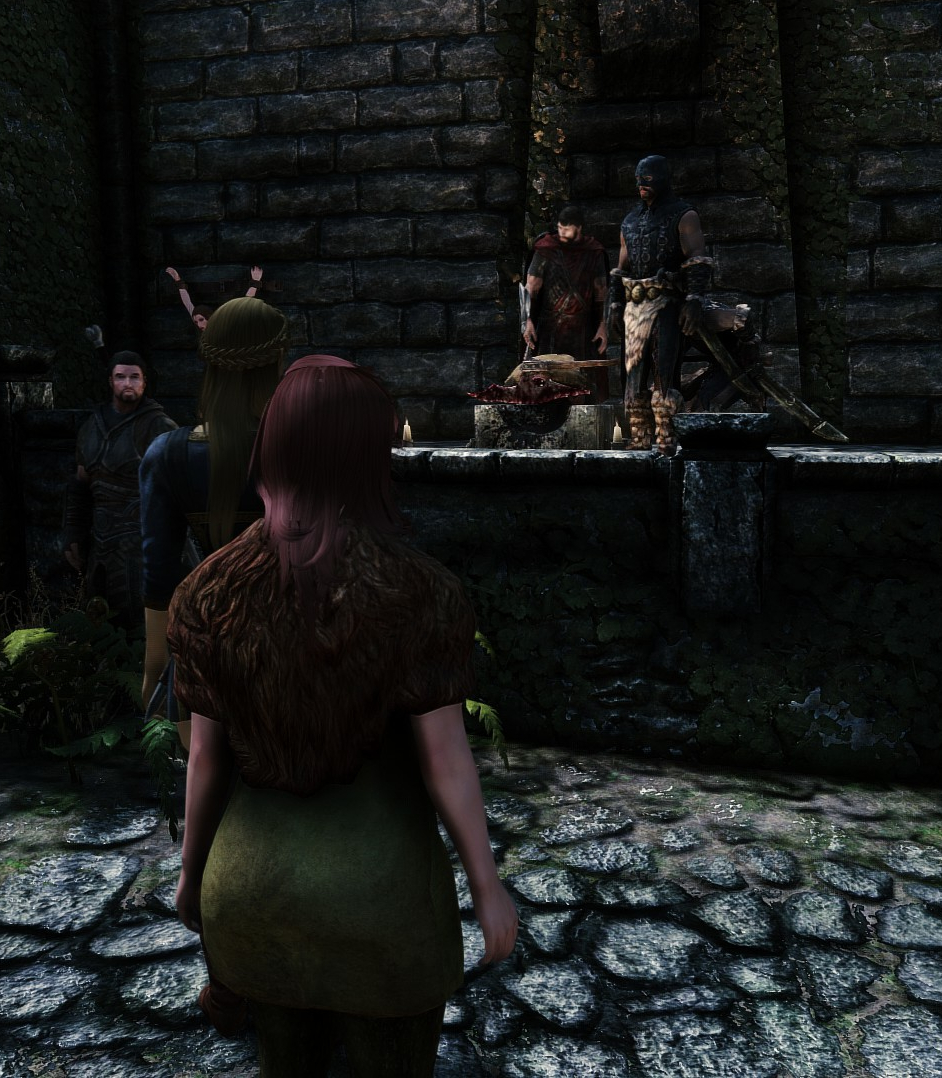 The execution over, I began to compose a mental “shopping list” for my task. Obviously I would need food and water for there would be a great deal of travelling across the province. I decided to sell everything I couldn’t be certain would be essential for the journey ahead. My clothes and jewellery were replaced by an iron sword and armour crafted from animal hide. I could not afford a shield (my, that city is so expensive!) but did spend the last of my gold on leather to fashion a travelling cape. It seems that the design of the armour is somewhat unexpected for what you’d considered essential for such a cold climate. Perhaps it’s the hardiness of the Nord people I hear so much about! 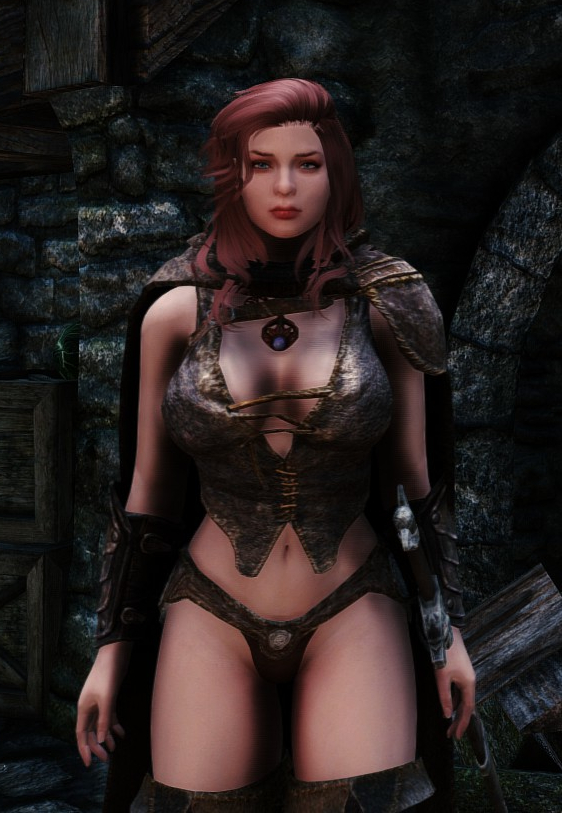 I regretted not being able to spend more time in this beautiful city but it was already past noon I did not know how many more daylight hours I could expect this far north. I resolved to spend at least one day in the city when my task was complete – no matter how far in the future that may be – if only to explore the vaguely described “other services” the landlady of the Winking Skeever hinted at when buying my provisions and water skins from her. While I must confess I have precious little knowledge of the inn-keeping trade but Rina had offered me wine, food and lodgings. Whatever else could there be to partake in? Most curious!

The only wrinkle in the day was that I no longer had the coin to afford the carriage ride to Whiterun, the city closest to Embershard Mine and the suspected base of the bandits. There, the High Priestess had been informed, a woman of particular importance was being held prisoner. I needed to make my way there on foot – or travel to the next city in this region. My carefully-folded map (which I’d inserted into the armour near the base of my spine to reduce chaffing) told me this was called Morthal. My dear diary, where on Tamriel could such an odd name exist but in the untamed province of Skyrim?