This has been a long standing work in progress but finally I am making some ground on it, the work you ask? It is the Devil's Pain Ninja Clan Armor. The armor itself actually stems from an old drawing of mine which is an outfit from one of the bad girls in my manga. (Yes despite being a horrible drawer I did do manga, though mainly hentai at one point since people used to actually ask me to work on those for them). Back to the point, this armor is a nice not so symmetrical armor. Actually many of the armors (particularly the bad guy armors) that I drew were not exactly symmetrical. This armor is still a major work in progress and well have some of the obvious issues fixed. 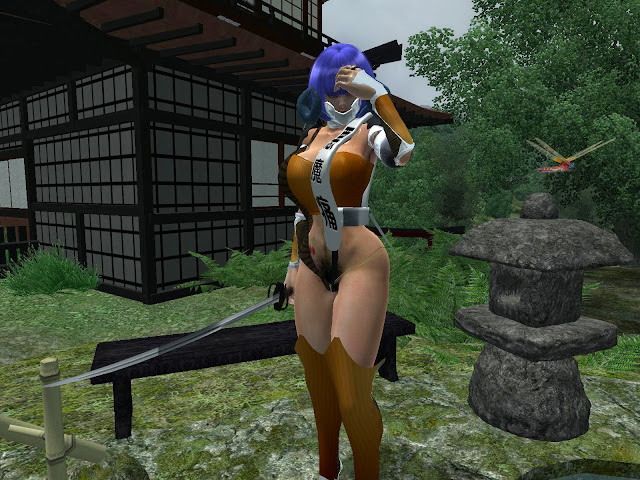 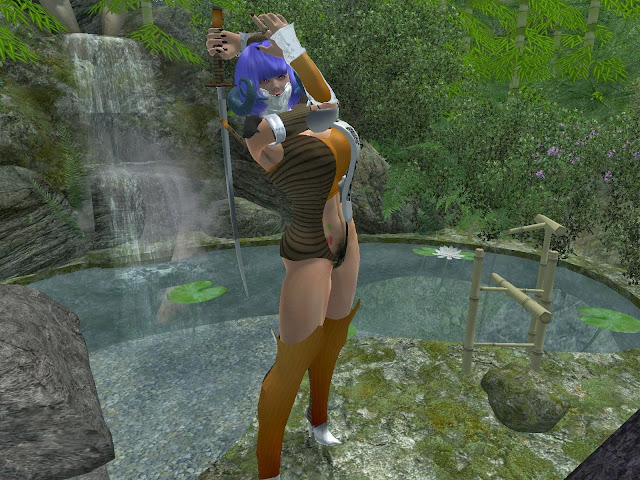 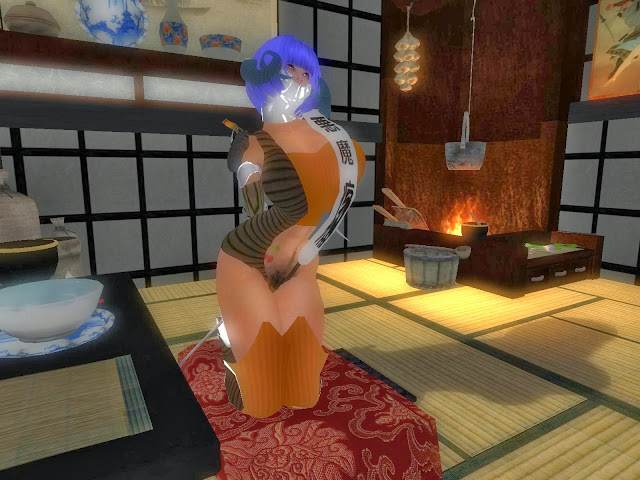 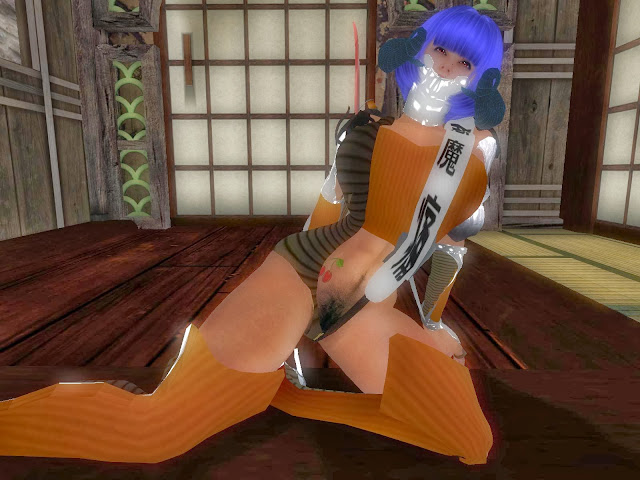 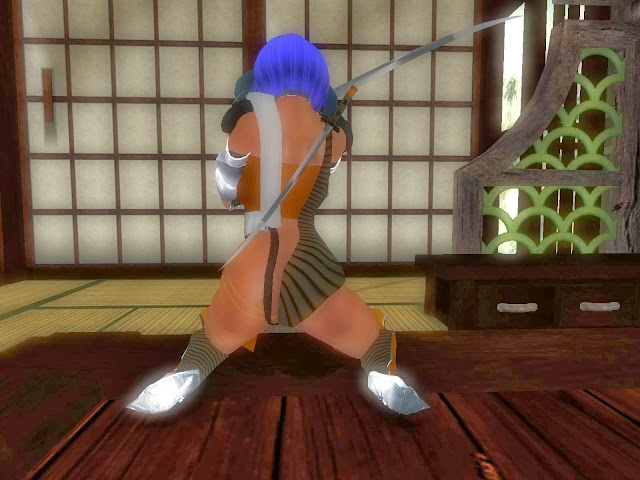 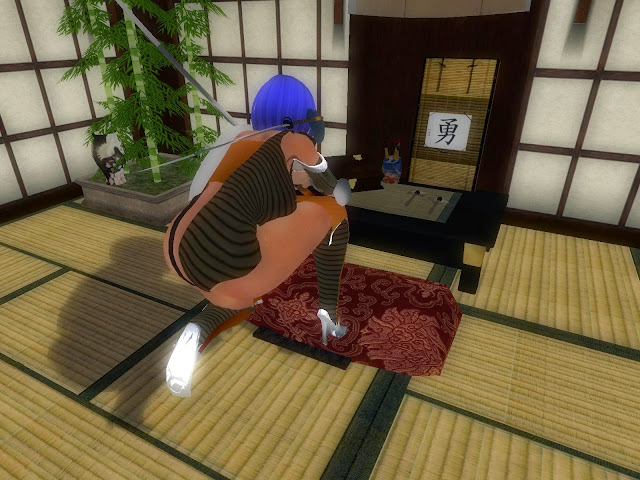 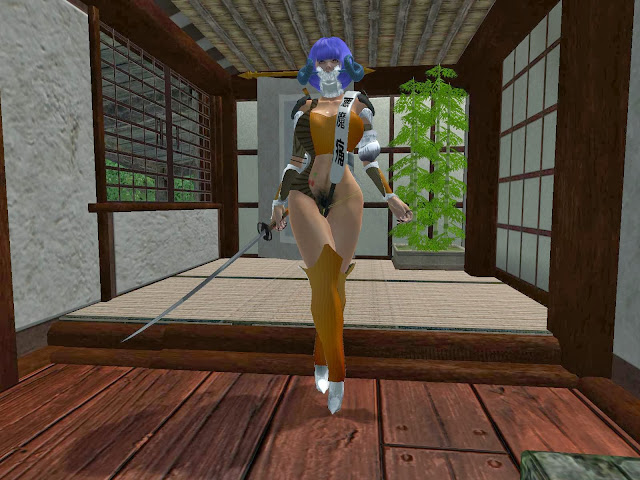 One thing that I like a lot about this set is that it is "Protective" to say the least, but still has a lot of skimp to it. Granted there are openings the side has a waist protector guard and a lot of the fabric is also heavily lined with Kevlar. I originally planned to add more to it but that will be for the master version. The version your seeing here is the Basic (or regular clan member) version. 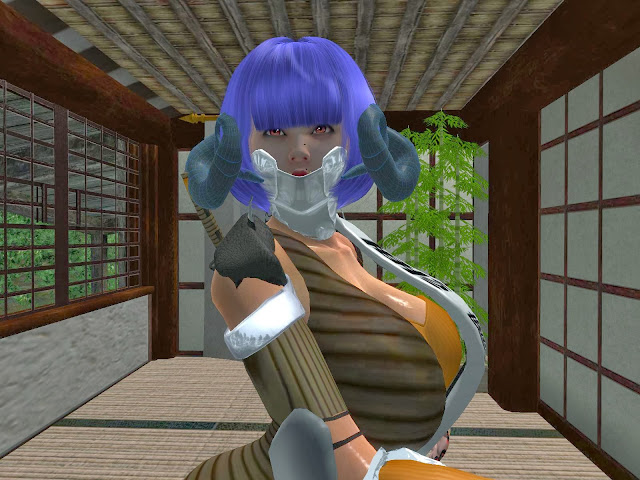 Another part that comes with the armor is the head piece also known as the Face/Mouth Guard. This actually piece was only meant for the Master of the clan (which has it's own story behind it) but I decided that I wanted to use this one, though I may make the muffler version available too. For now though I liked the Mouth Guard more as I wanted to combine elements of both variants of this armor. 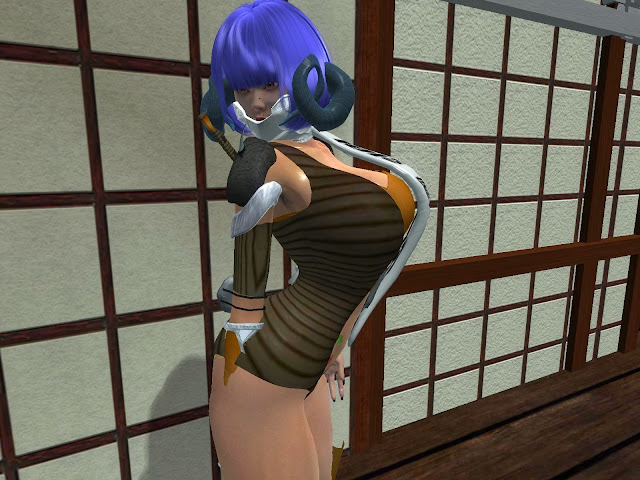 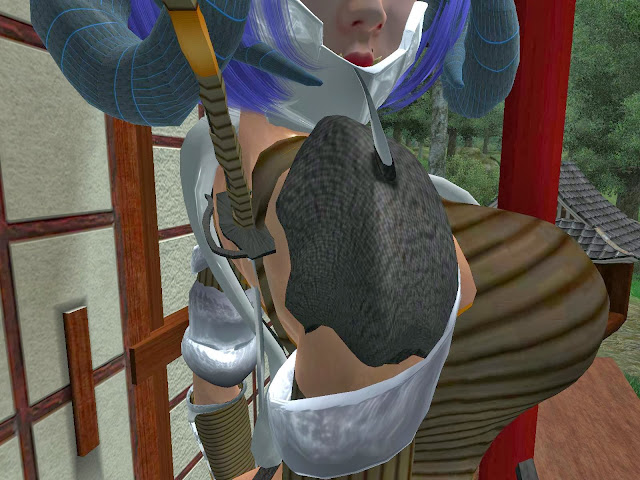 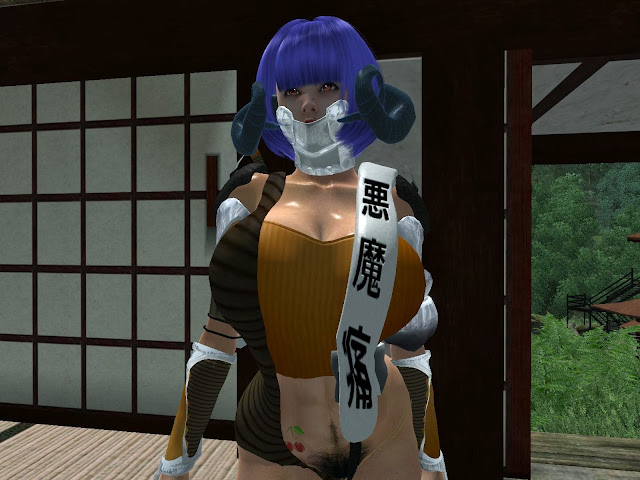 This armor has other parts like the extra tough yet soft Spoulders with a dangerously small yet sharp spike, armlets Kevlar sleeves of course gauntlets and also a Scroll. Originally the Scroll had different characters on it but I asked my wife to verify the wording and the order of which they came and now we have this. 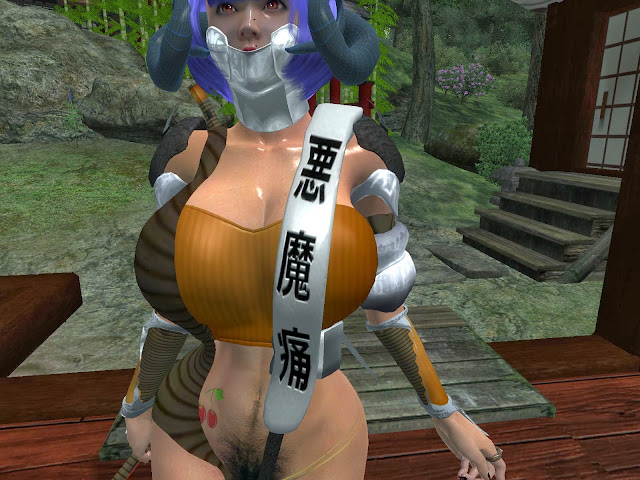 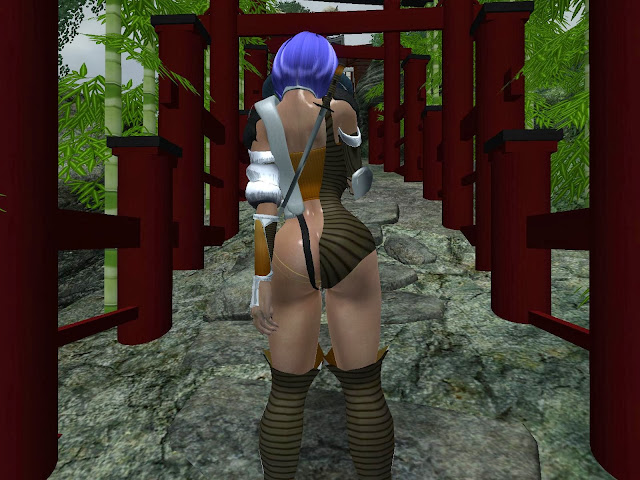 Another cool thing I wanted to add to this armor was a Sword that goes on the back, granted there is a mod that makes swords go to the back (1 hand weps) but I want to eventually make my own when my skill gets better, but I liked the version that had the sword on it's back by default. The weighing of the sword was a bit rough to get and even now I do not think it is perfect but for the most part the slight bend is almost hardly noticeable. 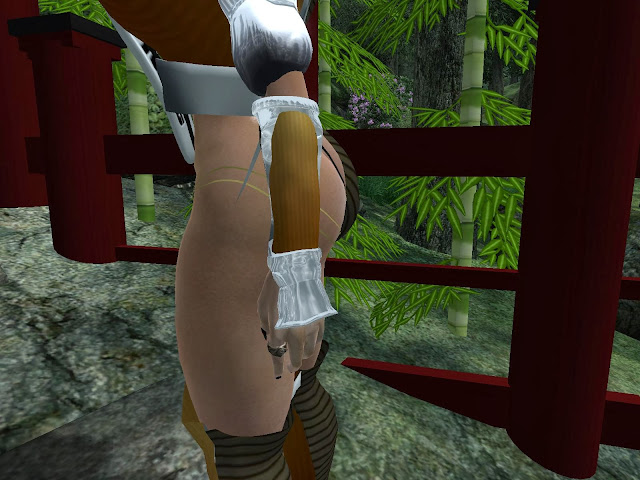 The Gauntlets are fairly simple but this is because I like to show my nails. I spend a lot of time on them so figured to have some cute nails show is a nice little add on

Actually working on another nail texture today, but this one will be private since it uses Copy writted material and not sure if it is even legal to use X_X. 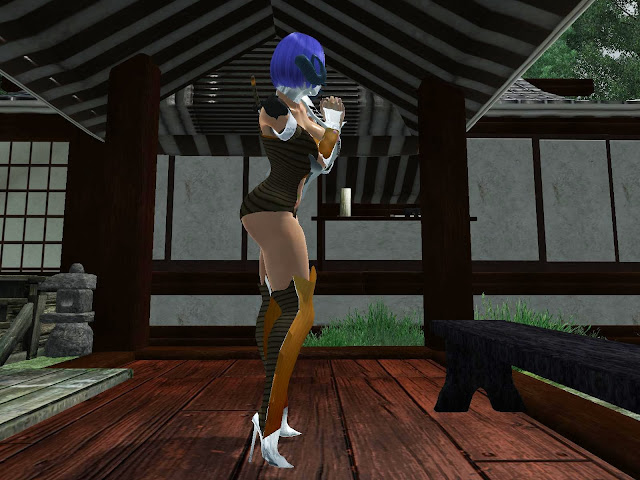 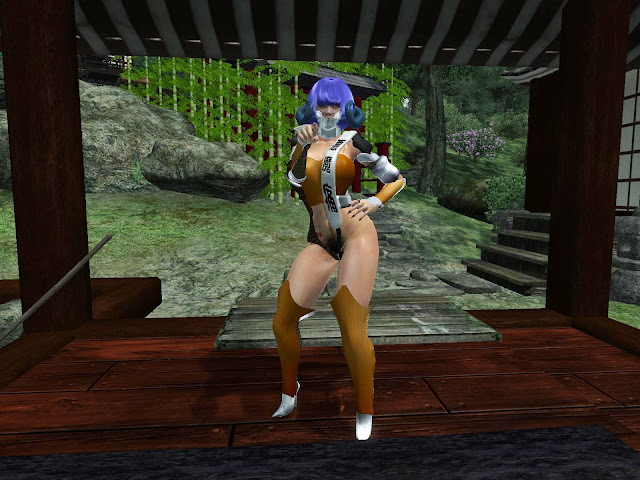 Overall the outfit looks great and I will probably do a few major armor releases especially considering most of my current releases are just panties, and bikini's. TBH this is something I apologize for, I have a huge panty loving (especially full backs @_@) and I tend to mod lots for those like the bow knot set which I will release with many colors LOL. Going back to this armor, the boots are fairly basic but yet give a nice sexy touch and will probably be redone to serve a fashionable purpose. Also there are a few small kinks that I will fix up soon, such as the weird roughness on the side of the boots, the UV map of the Arm Sleeves and also the gloves I want to make a perfect line through the middle which I think a carefully done Knife Cut will fix

. None the less so far this is probably my favorite work. More things like this to come as my skills gain more and more. I will need it if I want to make Totoko City a Reality.