I think I have things stabilized. The SexLab-related crashes I was having seem to have been due to some mis-applied SLIF settings. Guess it didn't like me trying to copy in the settings files from the old computer. Redoing all those manually was a chore, but it seems to have stopped the crashes. Hopefully.

Either way, it's stable enough for me to get back to experimenting for the DCC. While skimming through my old mods for ones to re-download and update, I came across a couple more resources for the bodysuit idea. First, the Sleek Steel chainmail suit: 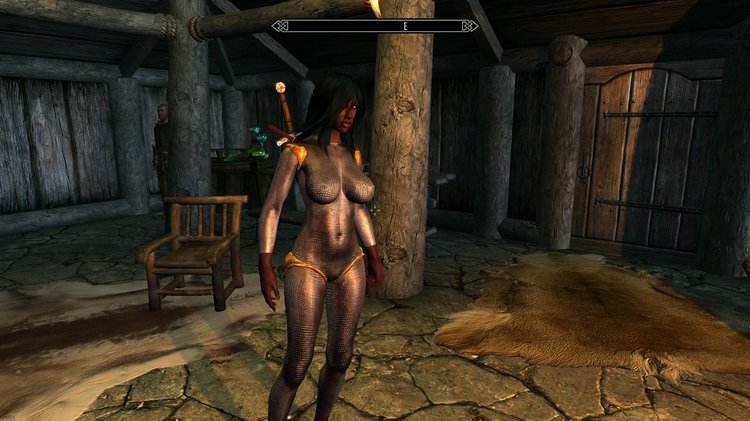 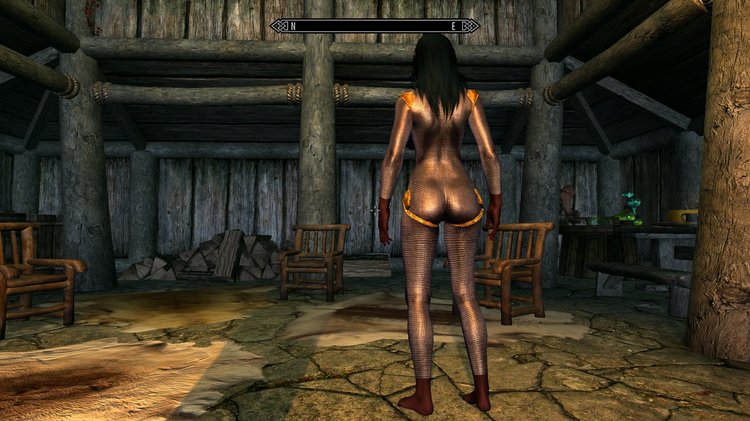 I honestly almost forgot about this one. Which would've been a shame, since it's easily one of the nicer chainmail body texture sets out there. I'm actually kind of surprised I don't see it used more often, especially when you compare it to all the kinda silly 'chainmails' that use that one sweater-knit texture. Copying the textures onto the UUNP mesh worked perfectly, and it's entirely usable as-is. In fact, I'm kinda inclined to just continue using the steel color instead of modifying it to Dwarven links like I had originally planned. The contrast with the cyborg parts is fairly interesting. Besides, the scale mail works better for the Golden Warrior look.

For a cloth bodysuit option, I was thinking about using that afore-mentioned sweater-knit texture, tweaked to actually look like sweater and not like a sweater pretending to be chainmail. But then I happened to take a look back at the old Nightshade Armor and saw its bodysuit, which I genuinely had completely forgotten about. 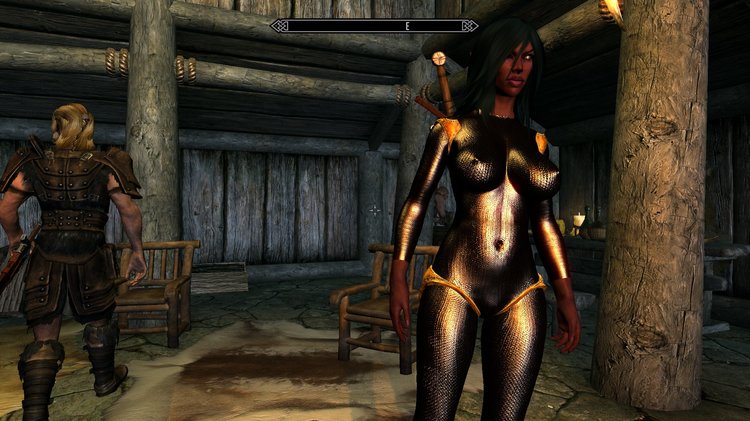 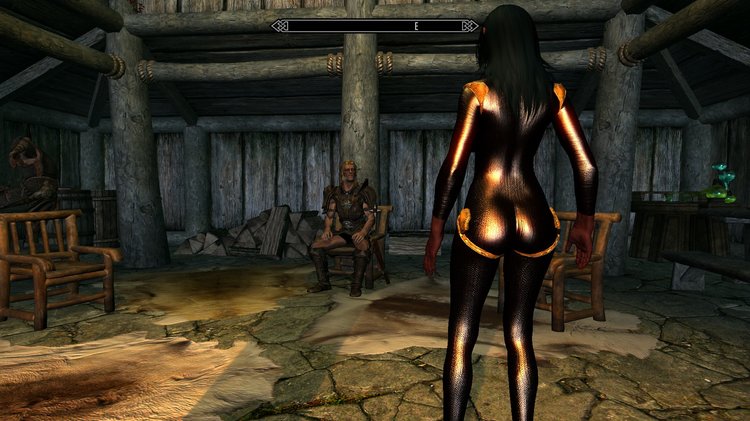 It's a bit over-shiny here, since I just did a quick copy onto one of the other experimental meshes without adjusting the gloss settings, but the results are promising. It's got a nice, even texture with just enough depth to it to keep it interesting. Should be easy to recolor it a bit and have Dwarven red and blue options like I've done with some of the Extras, too.

I was a bit concerned when I first mocked this up that it would be too similar to the rubber-coated body that I was working on earlier, but after comparing them side by side I think there's more than enough factors to distinguish between the two. Should be even more so when I tone the cloth's settings down. 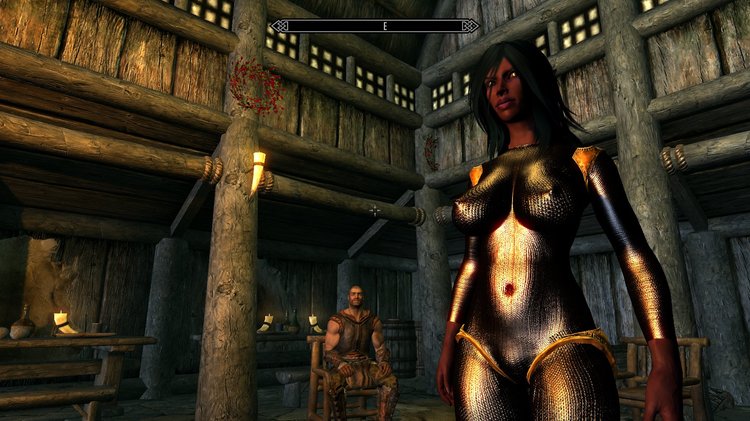 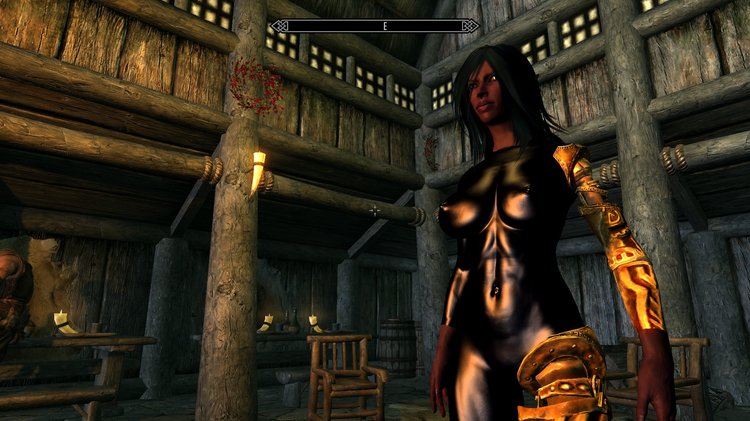 I'm also still inclined to keep the Burned Astrid skin as an option, but I'm either going to have to either roll back to the earlier version of it or learn how to make a specular map, 'cause for some reason when nikoli redid it with higher quality textures and a different burn pattern for the 1.1 update they just packed in the original Vanilla specular maps. Which produces all the odd artifacts on the unburnt skin that confused me until working on the rubber skin got me playing around with the effects layers. 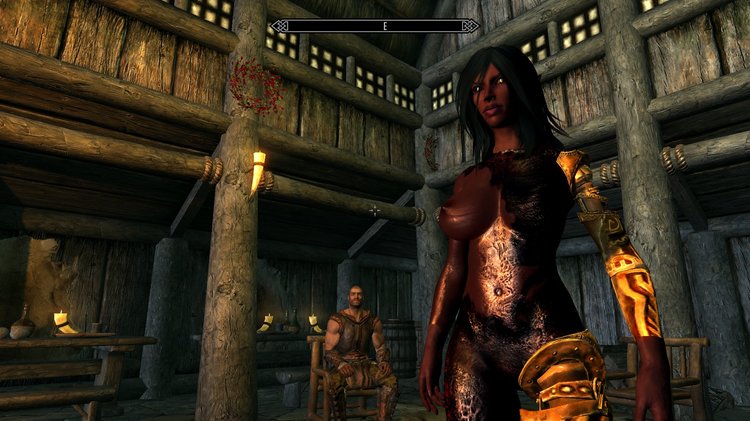 I mean, it won't be a huge burden to use the 1.0 version. It's still quite good. I just like this one better.