I hope I got it right... Was it two or three ounces of Amber Resin? I'm really not sure, but time is running out... Just a few more minutes and she might wake up as a Succubus...

After he gave her the cure, Arnborg brought the sleeping Gina upstairs. He then checked up on Luisa and put her into an urn. So... this is the Woman that it's all about... I do admit, she's beautiful, her body is adorable... I can see why Erhler chose her as his bride...

But that's not for him alone to decide. She never agreed to this, to be in this bizarre world.

Almost none of us do. Most of us are born into our new lives because of a charming Clubber while drunk, or because of this one ominous serial "killer" who never gets caught by human police.

Of course, most of us accept it. Entering back into human life is way harder than staying a Vampire. But if you asked most Vampires, most of them would prefer to have never become one in the first place.

She deserves none of this. She did nothing wrong to deserve this.

...but she also doesn't deserve the truth. The Truth would mean that she knows of the existance of Vampires. And then she might as well be one. But we aren't in safety yet. Not only do I have to erase her mind, I also have to control her for a while, until she's home again. And then she will think all of this never happened. Despite the other problem... I will take care of that...

A cruel fate considering what probably went on between her and Luisa... But it has to be like this... the Alternative could mean eternal death for both of us...

So the moment Gina wakes up, Arnborg creates a hallucination in her mind, making her follow his orders, before both of them leave the Mansion and head towards the City. Unknown Male Entity: "That's all of it. Nothing out of the ordinary, as you can see."

Unknown Female Entity: "Impossible. The Interference we've registered was way too big to be this insignificant. Keep this one under observation."

When Gina woke up next day at her house, she couldn't remember anything. My head hurts like hell... Gina thinks as she's slowly waking up.

I must have really carried it too far yesterday night...

Who did I fuck again?

Only half an hour alter, someone would ring her doorbell. Still dizzy from the coma, she went to the door to see a man in a suit and a hat. Arnborg: "Good day, Miss. I am looking for a woman called Gina Kyron. Does she live here?"

Arnborg felt incredibly stupid asking a question to which he knew the answer. But he had to put up the act if he wanted to tell her about Luisa's death.

He had erased the last few months from her mind, but not her relationship with Luisa. In Gina's mind, she just didn't call for a few months and she herself never thought of calling her.

Gina: "Umm.. yes, although we haven't spoken to each other for a while now. DId something happen to her?"

Arnborg: "I... am afraid to tell you that she has died four weeks ago."

Having conquered the initial shock after a while, Arnborg and Gina sat down on the Sofa, Luisa's urn on the table in front of them. Arnborg: "Again, I am deeply sorry to have reached you this late. It was hard to find any friends of her, we only found out about you after the funeral."

Arnborg: "On... a trip through Europe, a friend of her got into a Bar Fight... It was really bloody and rough, and she intervened to save her friend. However, her wounds were fatal and she died on the way to the Hospital."

Never in his life did Arnborg hate himself more than right now. Not even the fact that he preserved Luisa's heroism in this made up story could help with that.

Arnborg: "He died on the same night. The Fight went on, and another Guest eventually killed him by accident. Her friend survived, however."

Gina: "I understand. Thank you very much for telling me."

Arnborg: "Her family didn't have much to do with her anymore. So they agreed to leave this urn with you."

Gina: "Thanks. I really appreciate that."

Arnborg: "You're welcome. I have to go now. A flight is departing soon."

Gina: "Wait. You did so much for me right now. I wanna know your name."

As Arnborg was already in front of the door again, he bit his lower lip in stress. He struggled. His duty as a Council Agent demanded that he would tell a lie now. But he felt bad. If she wasn't allowed to know how Luisa really died, and wasn't allowed to know anything that happened in the past few months, was it really asking for much when she wanted to know his name?

Gina: "Thank you, Mr. Rehnskiöld. If you are by any chance in Frederickston again some day, I would be happy to meet you."

With these words, he left the House.

Gina sighed, looked at the urn for a while and put her on the shelf. Then she went into the bathroom. Is this what I'm supposed to be?

Is this really what I am made for?

Am I not allowed to have love?

Was I created to be a slut?

Anyone who loves me leaves me... I think I am done loving people for now...

On the next General Election, she would finally move with her office into the city hall, as she got elected as a Member of Parliament. 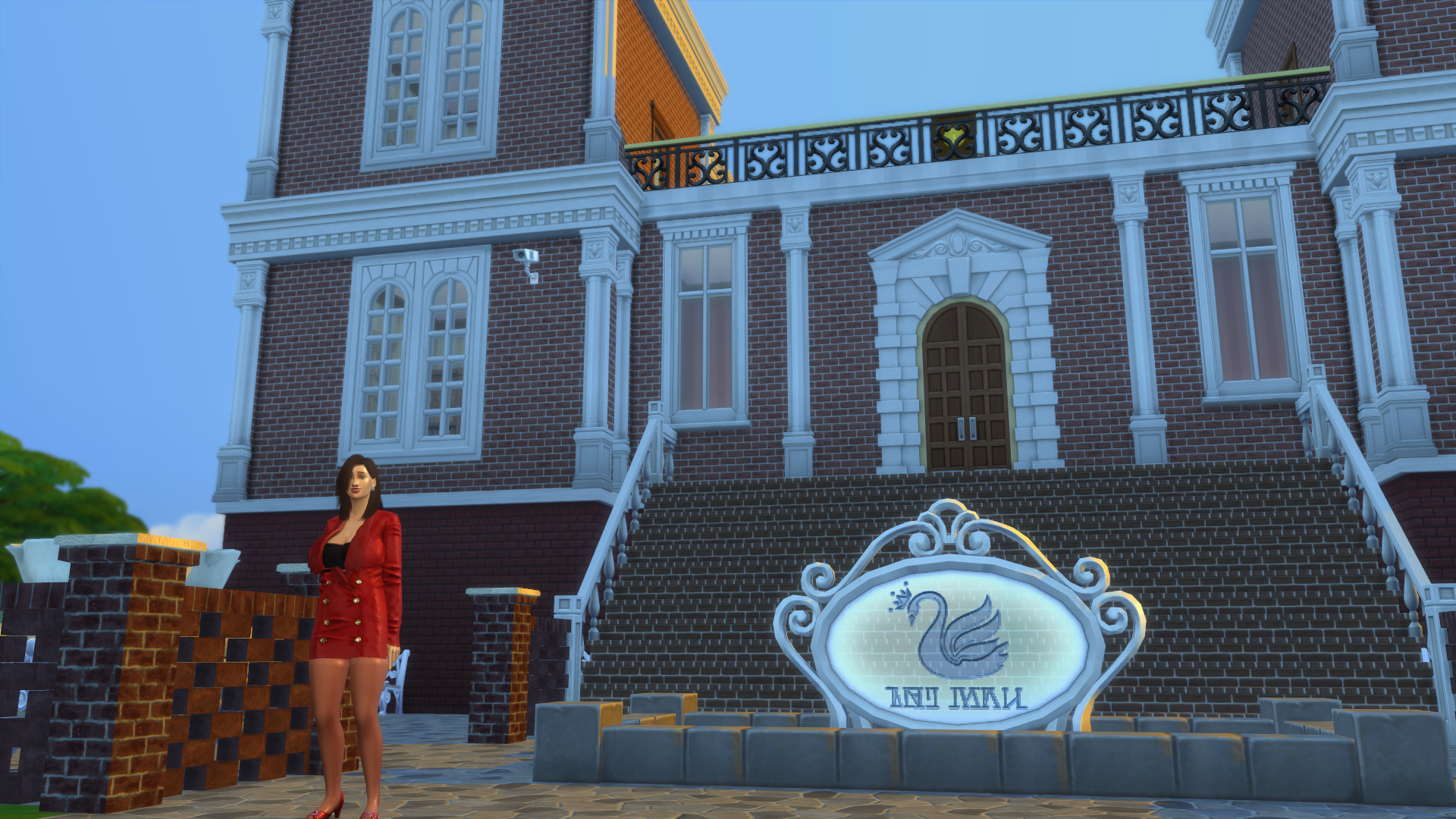 Until now, she was only involved in the administration of her own district. But now she was finally involved in governing the city, albeit as part of the oppositional "Popular Front".

Upon entering the main corridor, she saw a young man in an expensive looking outfit. Gina: "Oh. Hello. I didn't expect the first person to meet around here to be this handsome as well. I imagined more of an old man to greet me."

Unknown man: "So you must be one of the new Members of Parliament, Miss...?"

Gina: "Kyron. Gina Kyron. You know, I think my office is right down the hall, how about you 'show me around' a bit?"

Unknown man: "As long as we have the same kind of tour in mind..."

Over the course of the next minute, the two went inside Gina's Office. She put away the chair and they got going... Gina: "Well, that was a pleasant tour of the building, thank you Mr...?"

Bruce: "Newland, Bruce Newland. It was a pleasure to meet you, Ms. Kyron."

As he left the Office, a wide smile was put on Bruce's face. When he opened the door, another man was entering the office. The two walked past each other in the door frame. Geez, that dude is muscular! I wonder what it feels like to cowgirl him...

Kabir: "As I can see, you've already met Newland? I hope you didn't show him too much around in this office."

Kabir: "Because he's our opponent, of course. He might have seen some of our contacts, law proposal concepts and all that stuff. Nothing risky really, but the way he could frame it could bring some problems."

So I just fucked a political opponent?! Shit, I can only hope he didn't record it or anything... otherwise my fucking dickhungry ass could get the whole Party in trouble...