A few months have passed in the Parliament building. Gina has learned a bit of rhetoric in the Speeches and is starting to draft some concepts of law proposals. Besides that, nothing out of the ordinary happened for a while now.

Until one day, Bruce enters her office again with a smirk. 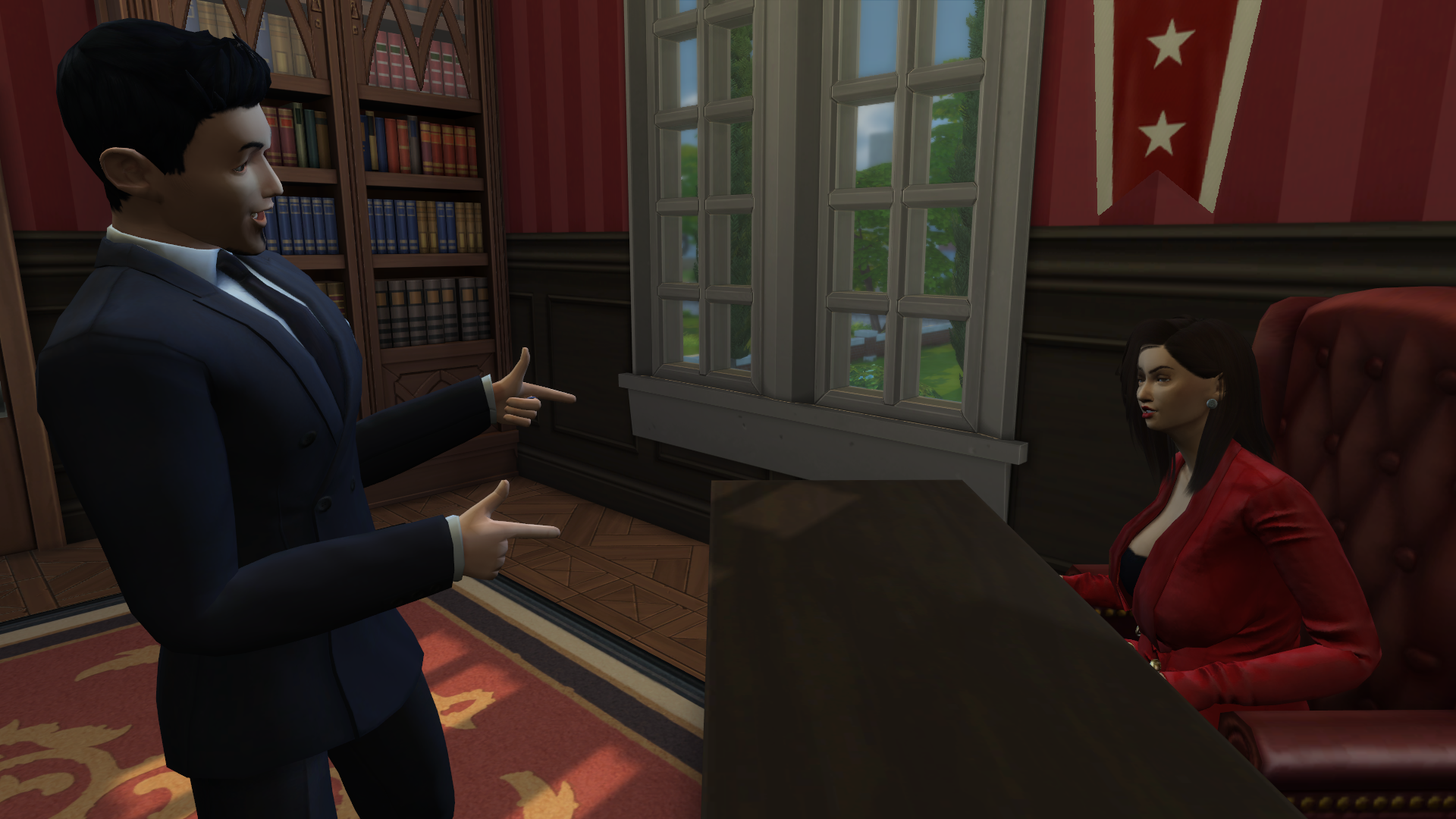 Bruce: "I see you seem to be getting comfortable around here, Miss Keaton..."

Gina: "Kyron. My name is Kyron. What do you want, Newland?"

Bruce: "Woah, why so bitchy? I thought we had something going there.. *laughs*

Bruce: *laughs* "Don't worry. I won't use the memory of our small encounter to pressure you into supporting our laws or something. But... I do have a favour to ask..."

Gina: "What? Do you think I'm stupid enough to do it twice?!"

Bruce: "Let me explain to you how this is going on around here... You have two options: Either you become my little secret office slut... or we spend one or two weeks at my holiday residence on Lussanca and then after that, I will leave you alone."

The mere mentioning of this paradisiacal island in the Southern Pacific threatens to wet Gina's eyes and drop her mood even further, as she remembers the time she spent there with Charles Delanque, the Love of her Life... 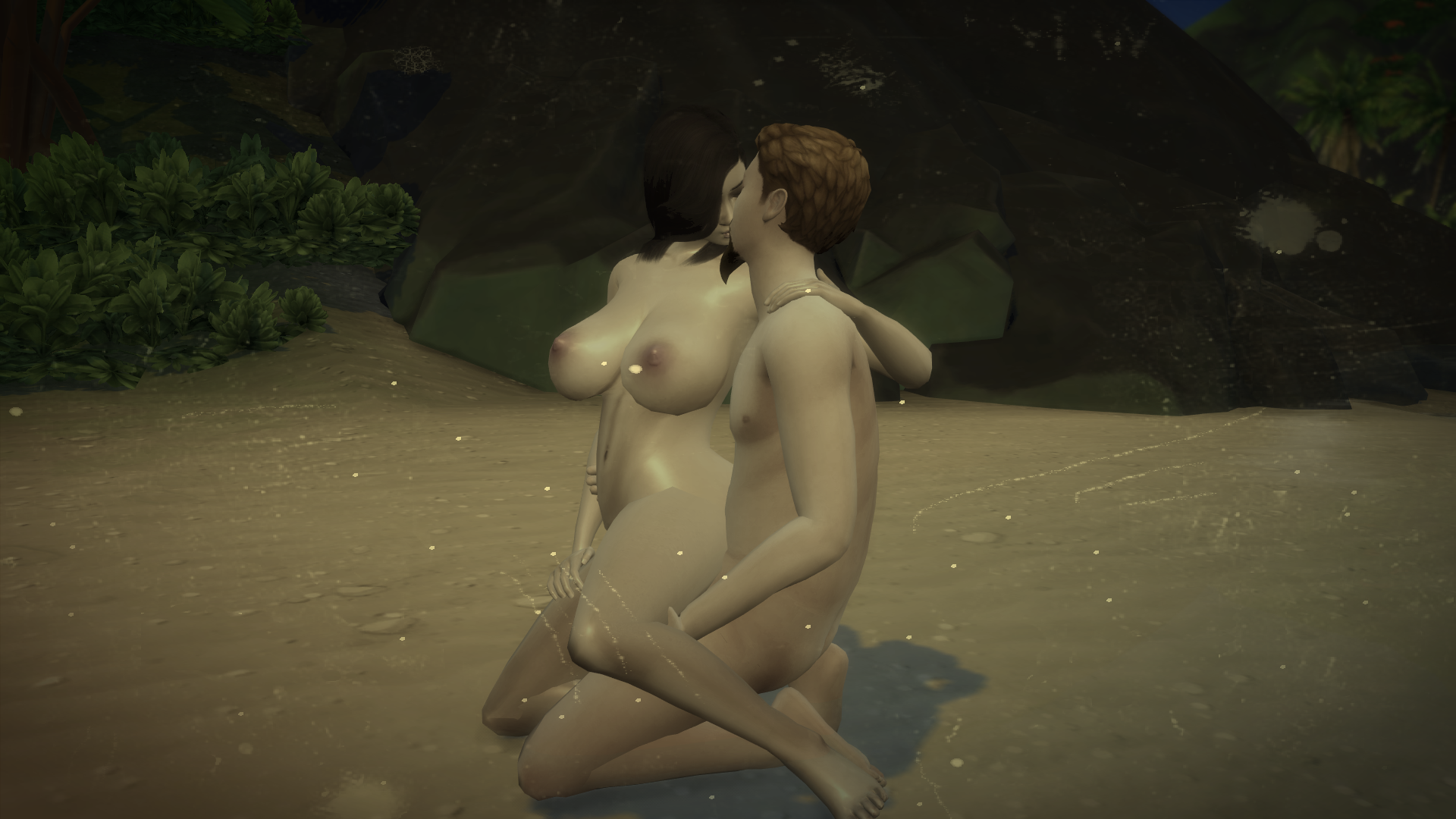 ...the moment when he proposed to her and she said yes... 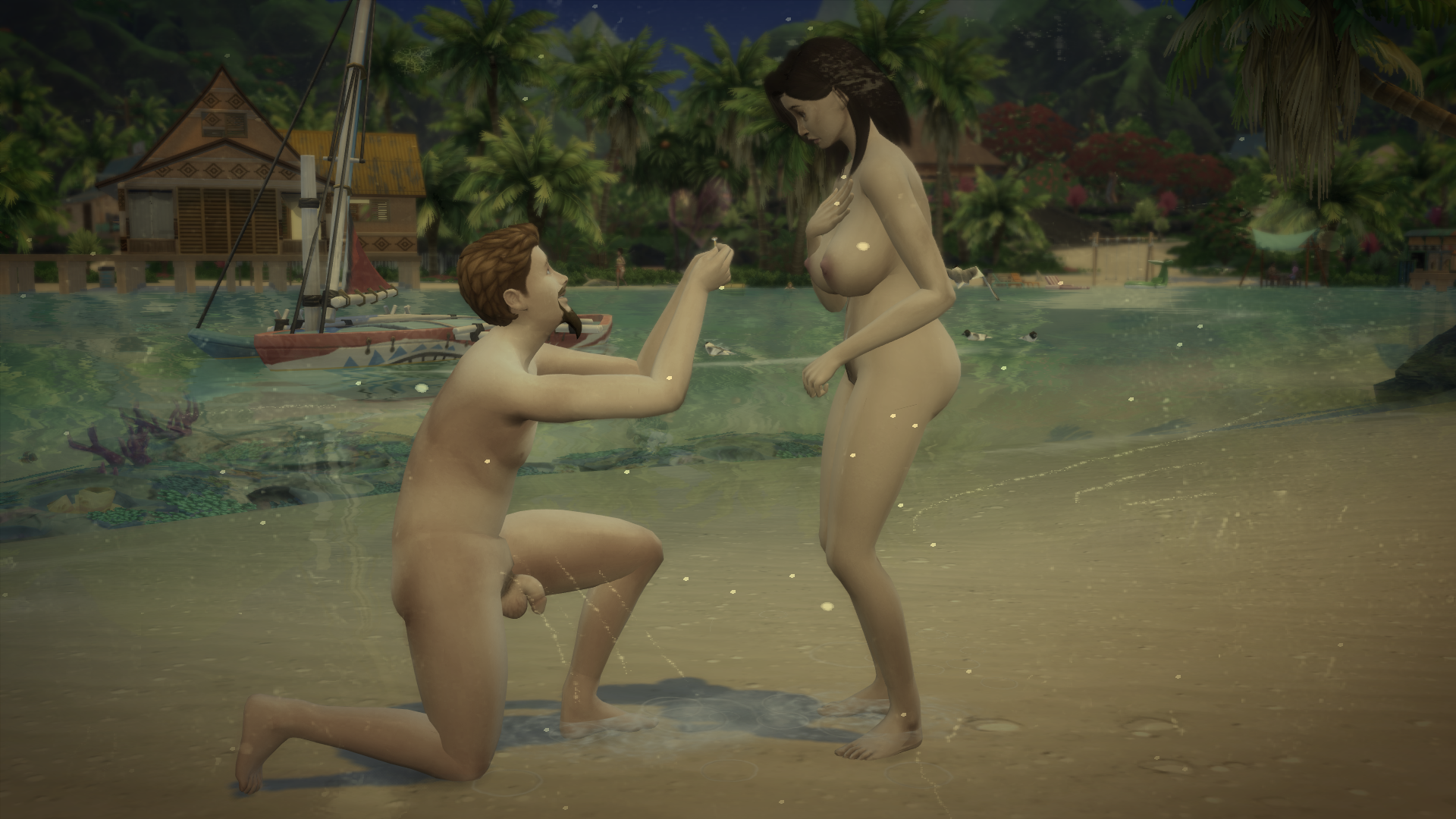 ...and the feeling of experiencing the happiest moment of her life... 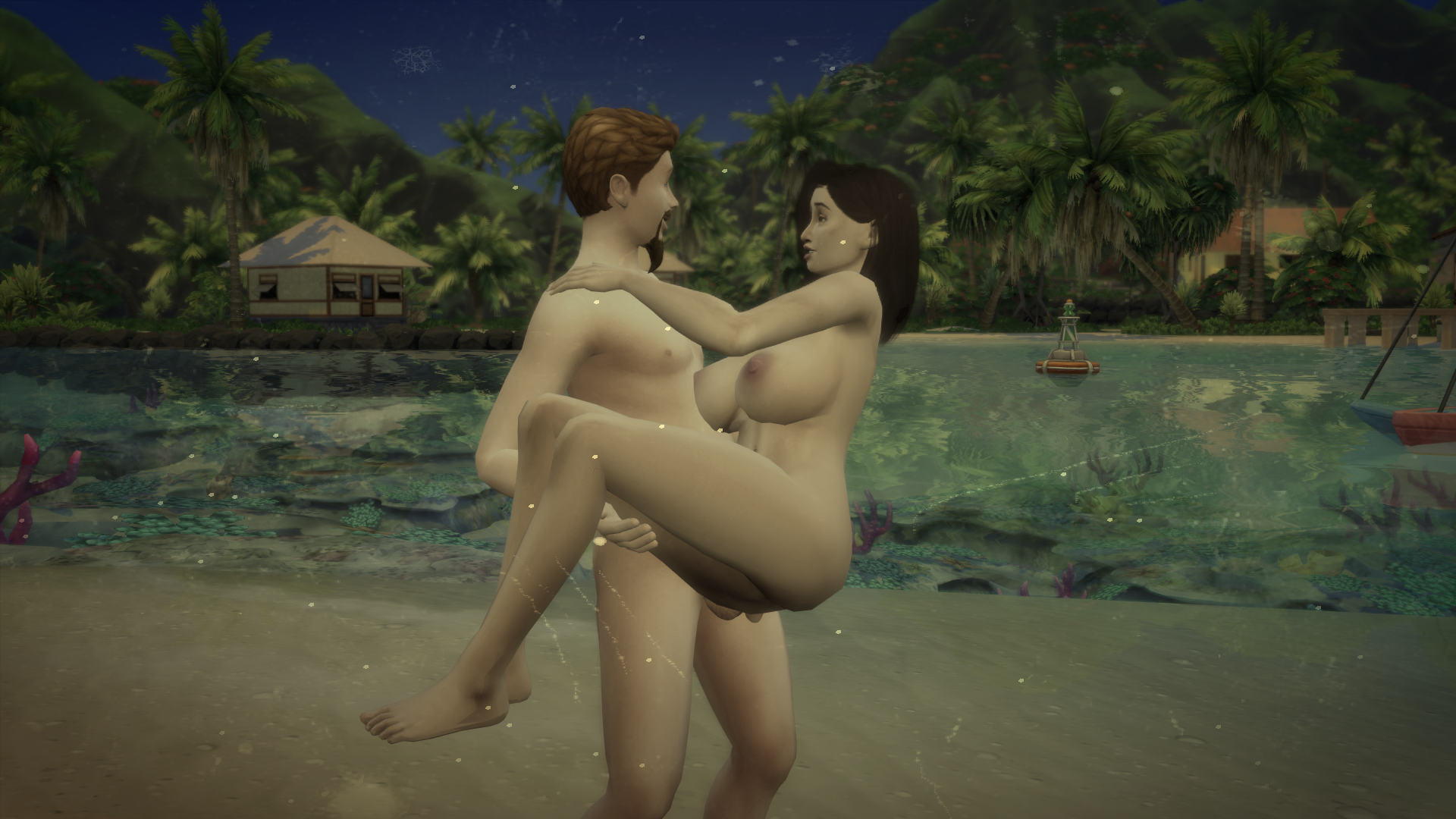 But all that was nothing but a distant memory now, as Charles caught her cheating on him and divorced before they could even marry.

Since he moved out of Gina's House, he hasn't called once. Not even to congratulate her election victory.

Gina spends much time thinking about Charles these days. He was one of the biggest motivations to keep her going, trying to make the world a better place.

And now she was fucking one of the people who made it a worse place...

Charles would be disappointed, and sometimes she feels like she doesn't deserve her position.

Not if she gets corrupted so quickly. 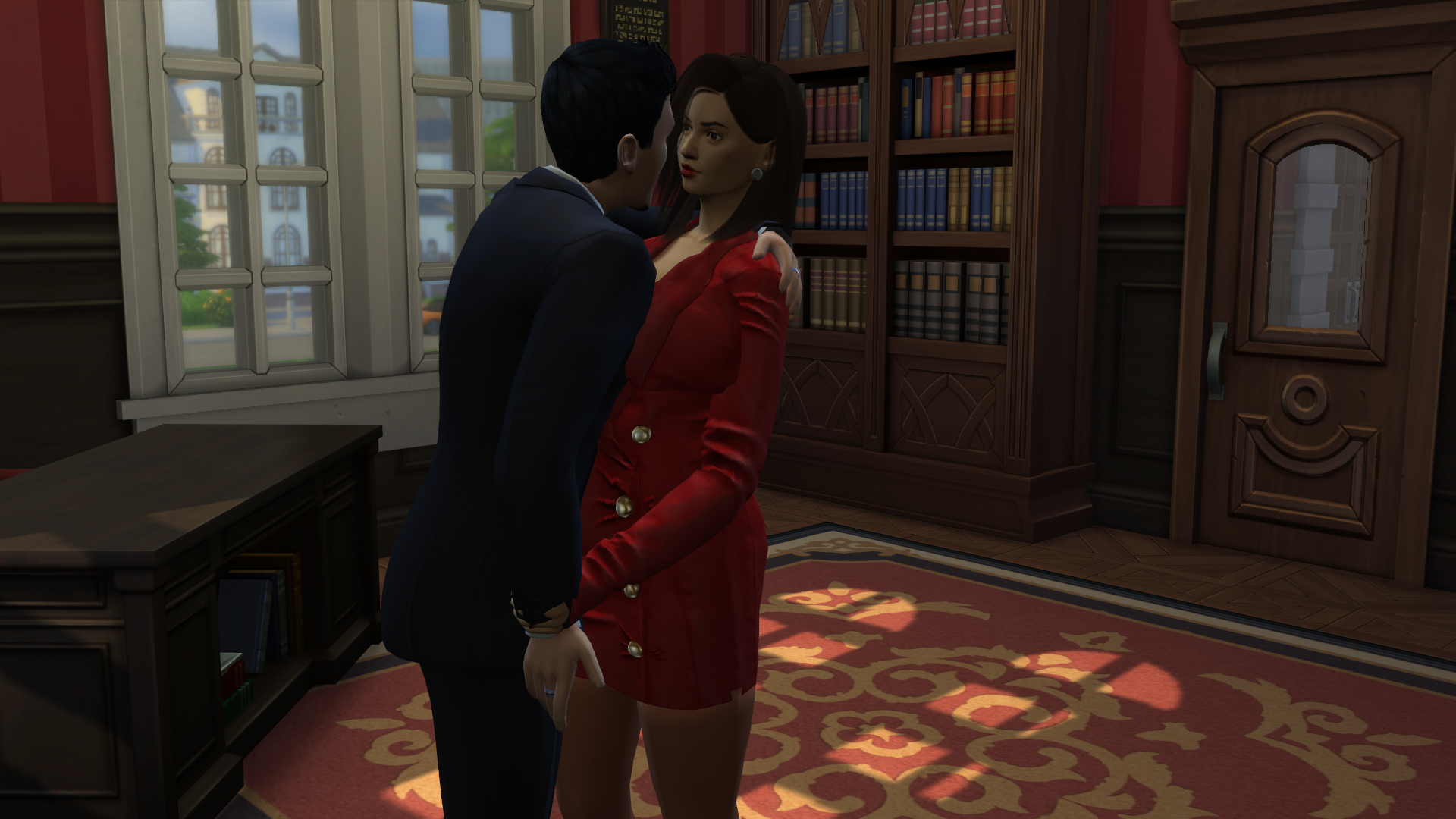 Bruce, however, didn't care about the sad expression on Gina's face. This man surely wasn't here to listen to Gina pouring her heart out.

I'd rather drink battery acid than spend even a second with this guy... But if this vacation gets me rid of him safely, It seems like the better option...

Gina: "Actually... Lussanca doesn't sound that bad... When are we leaving?" 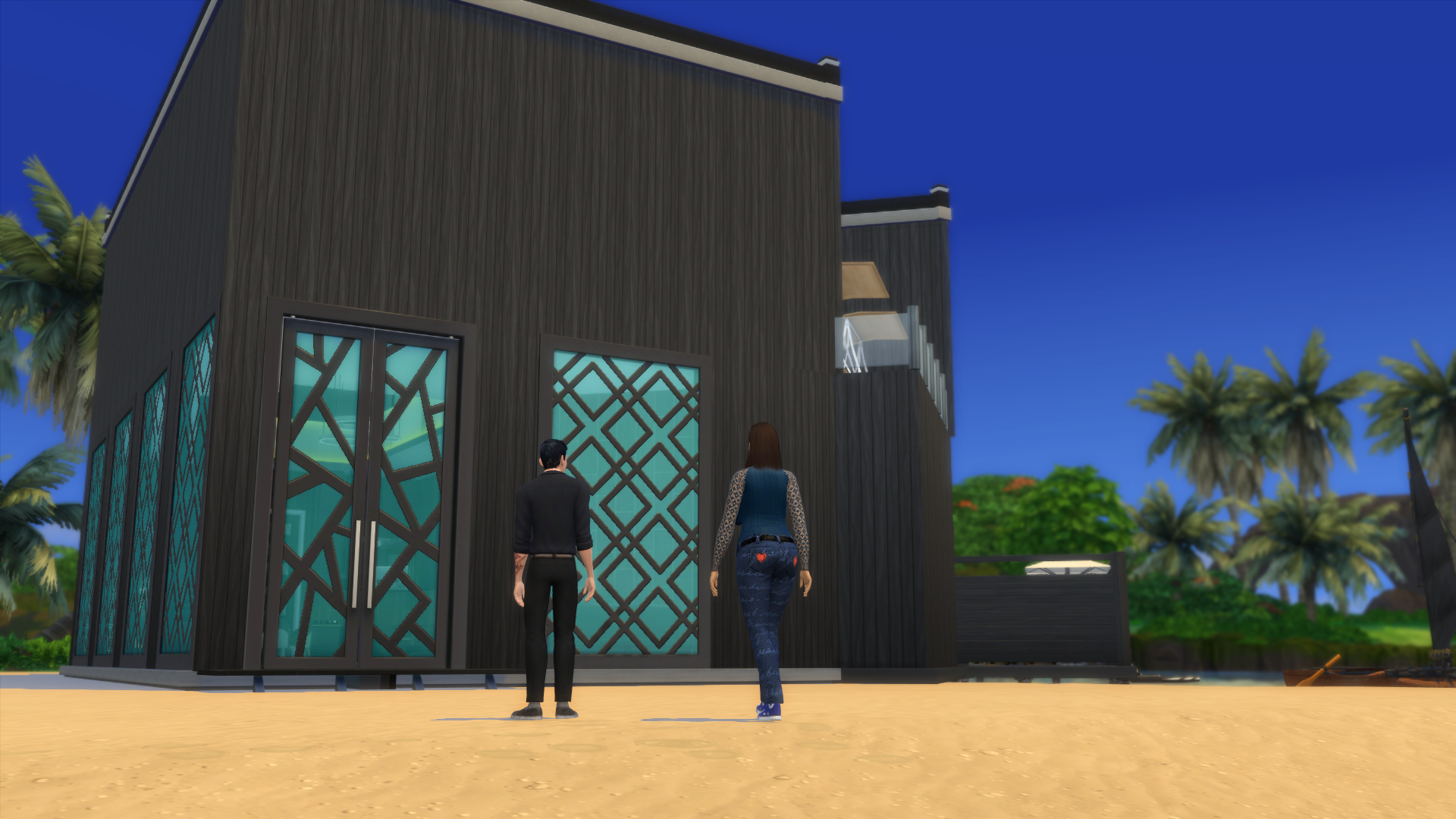 It took a while from the airport to get to Bruce's residence. It was the only building on one of the outlying islands.

Bruce: "Nice place, eh? Whenever I feel a little bit stressed in Frederickston, I come here for a few days, to relax, far away from all the annoying people of the city..."

Bruce: *laughs* "Your voters, for example." 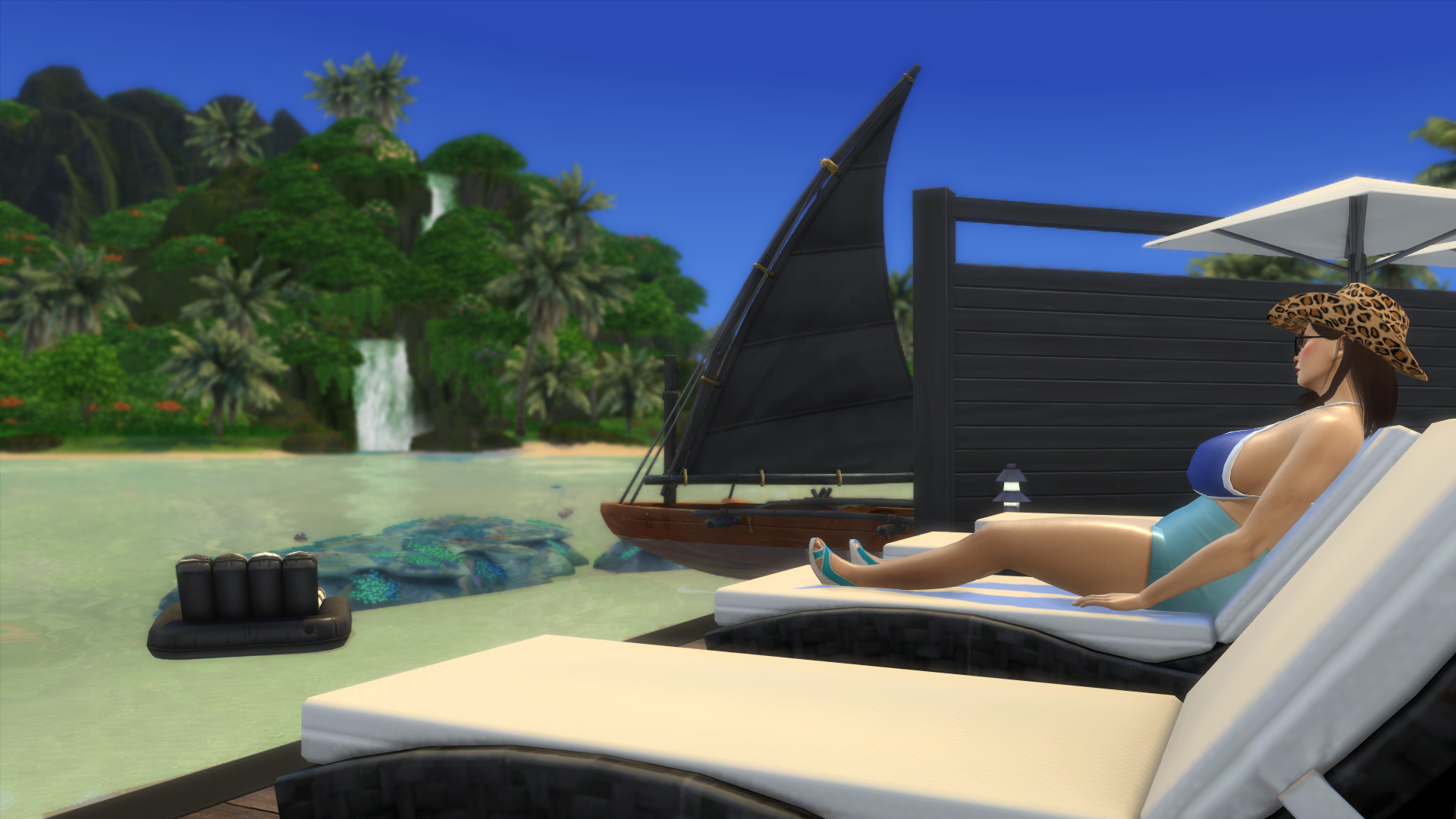 After changing her clothes and getting rid of all the luggage, Gina went out to the terrace, as Bruce was making some phone calls inside the house.

This isn't that bad, honestly... If I can stay like this all the time, I can get rid of Bruce AND do some tanning while enjoying this beautiful view... 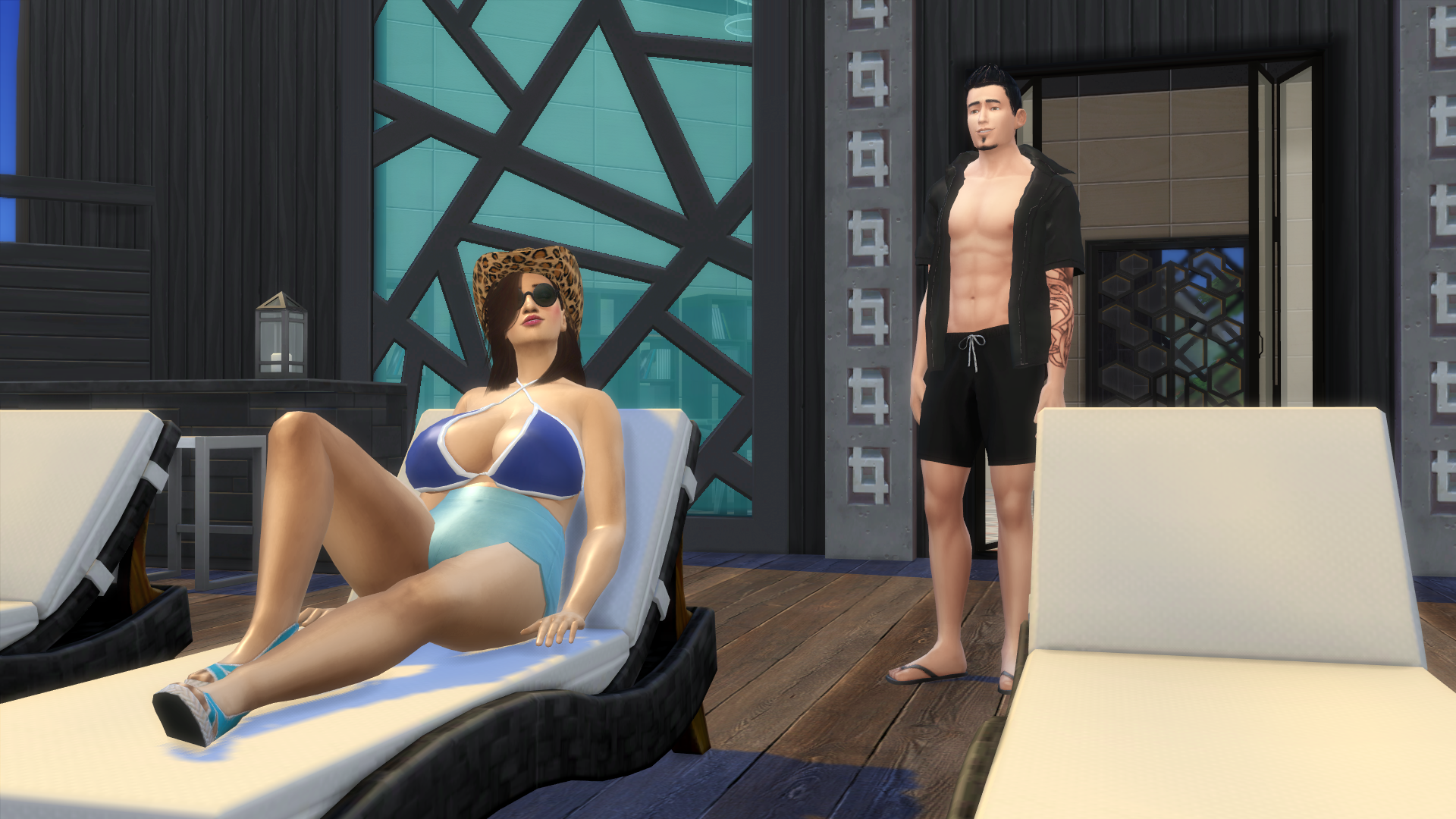 Just ignore him. This place is far too beautfiul to be ruined by some jerk. 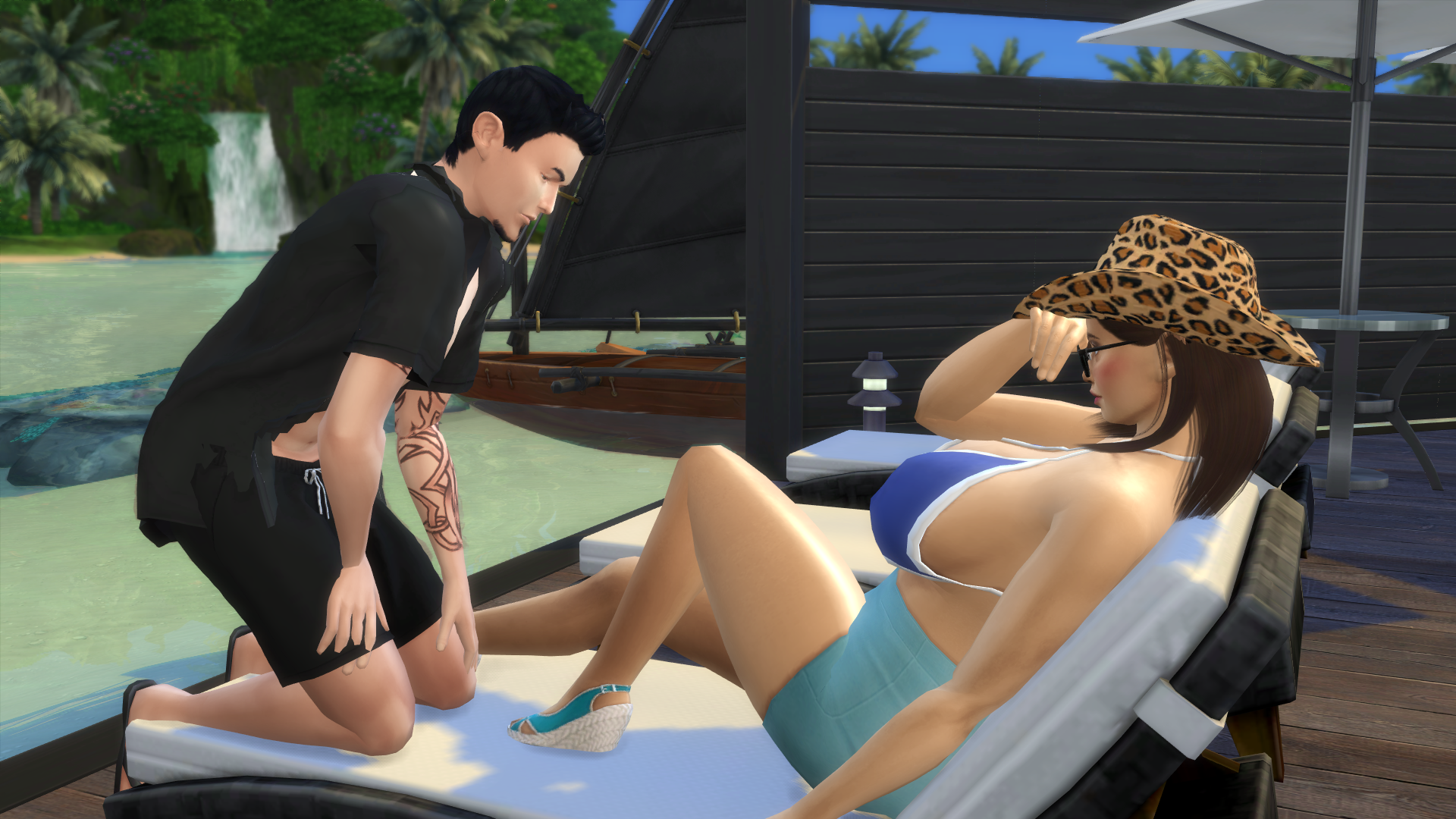 Bruce: "But I can think of something to make it even better..."

Gina: "Shut up, you're blocking the sun." 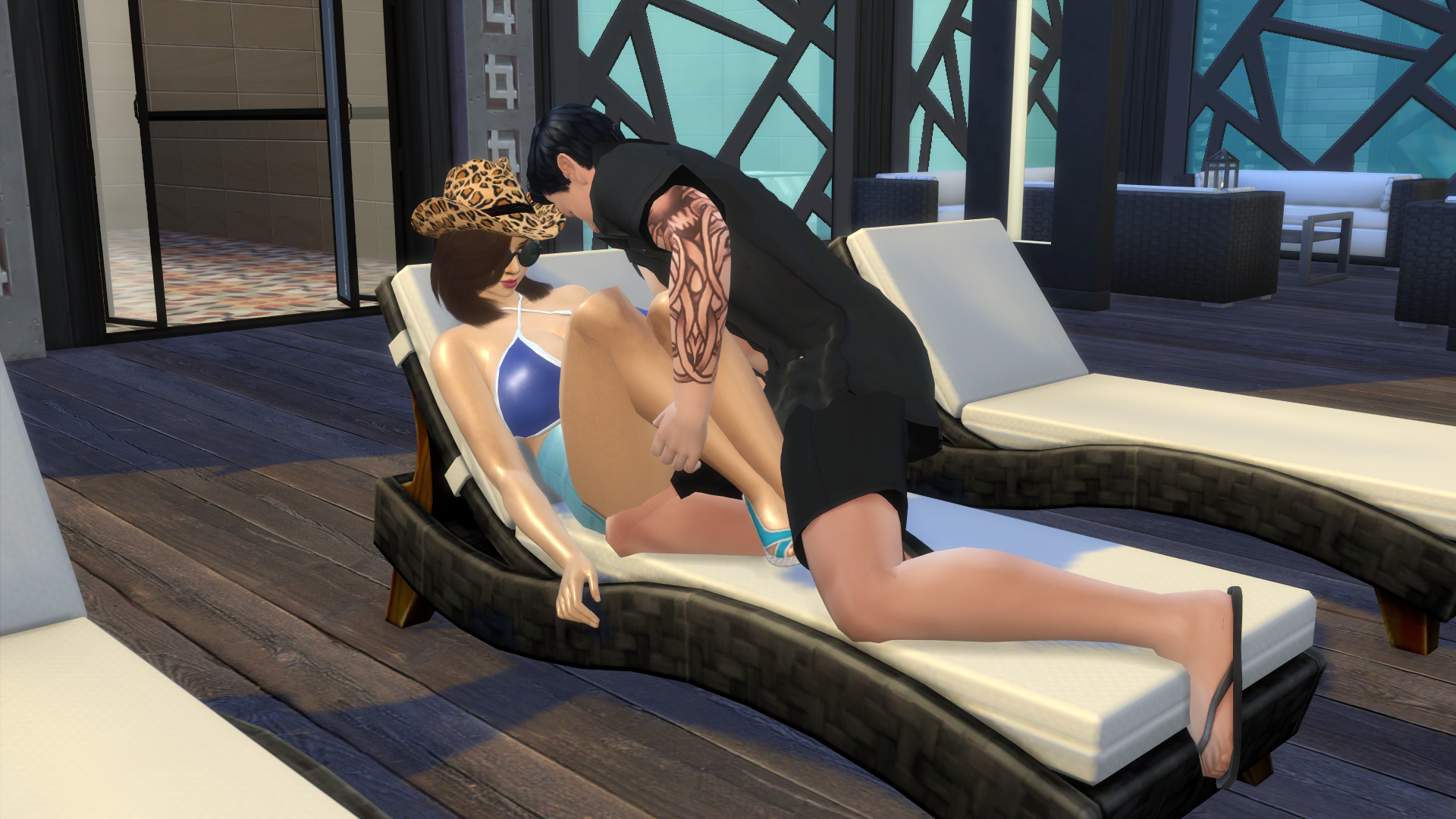 Bruce: "Come on, what better place to fuck than on a terrace on the Lussancan Coast?" 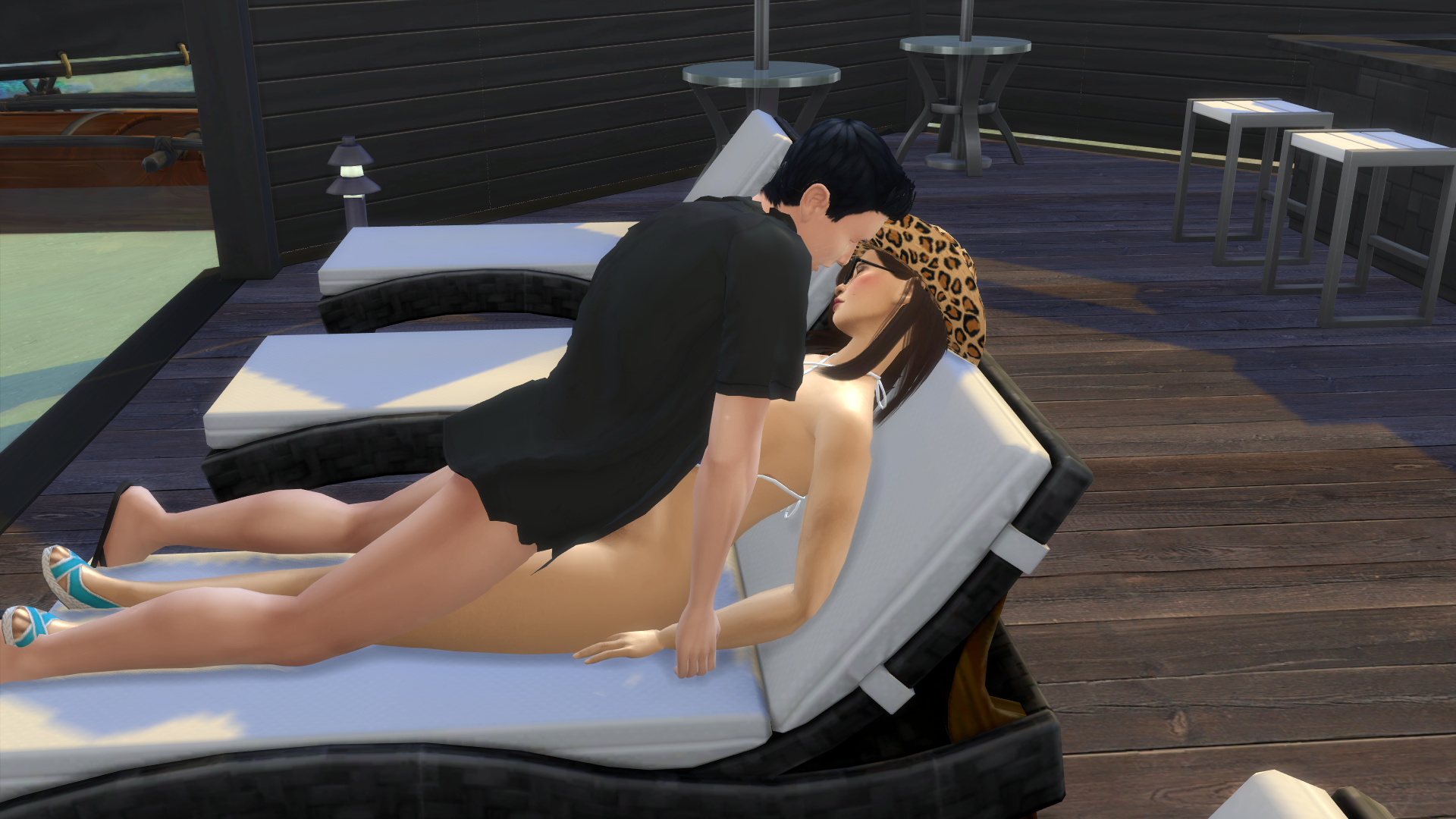 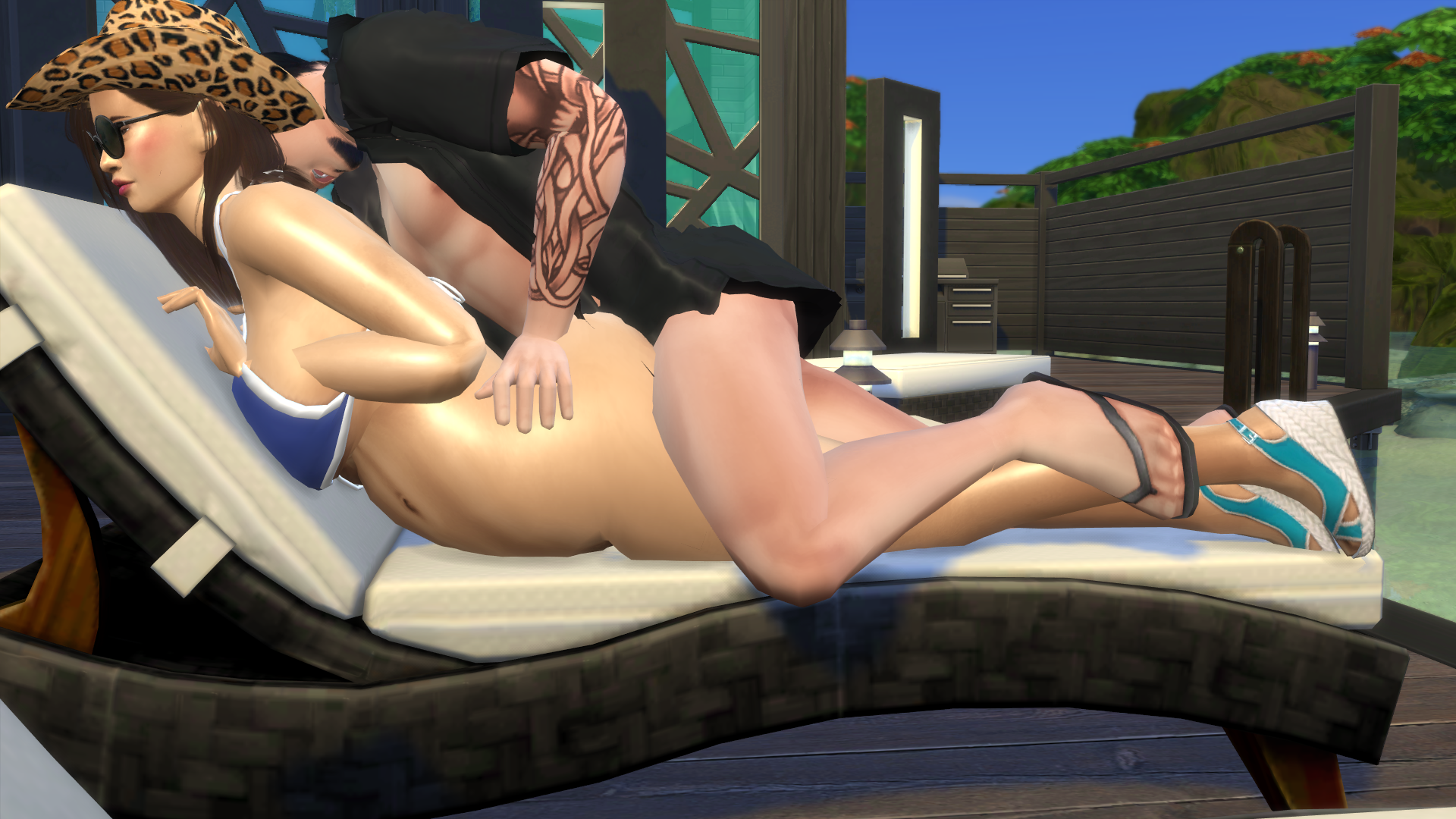 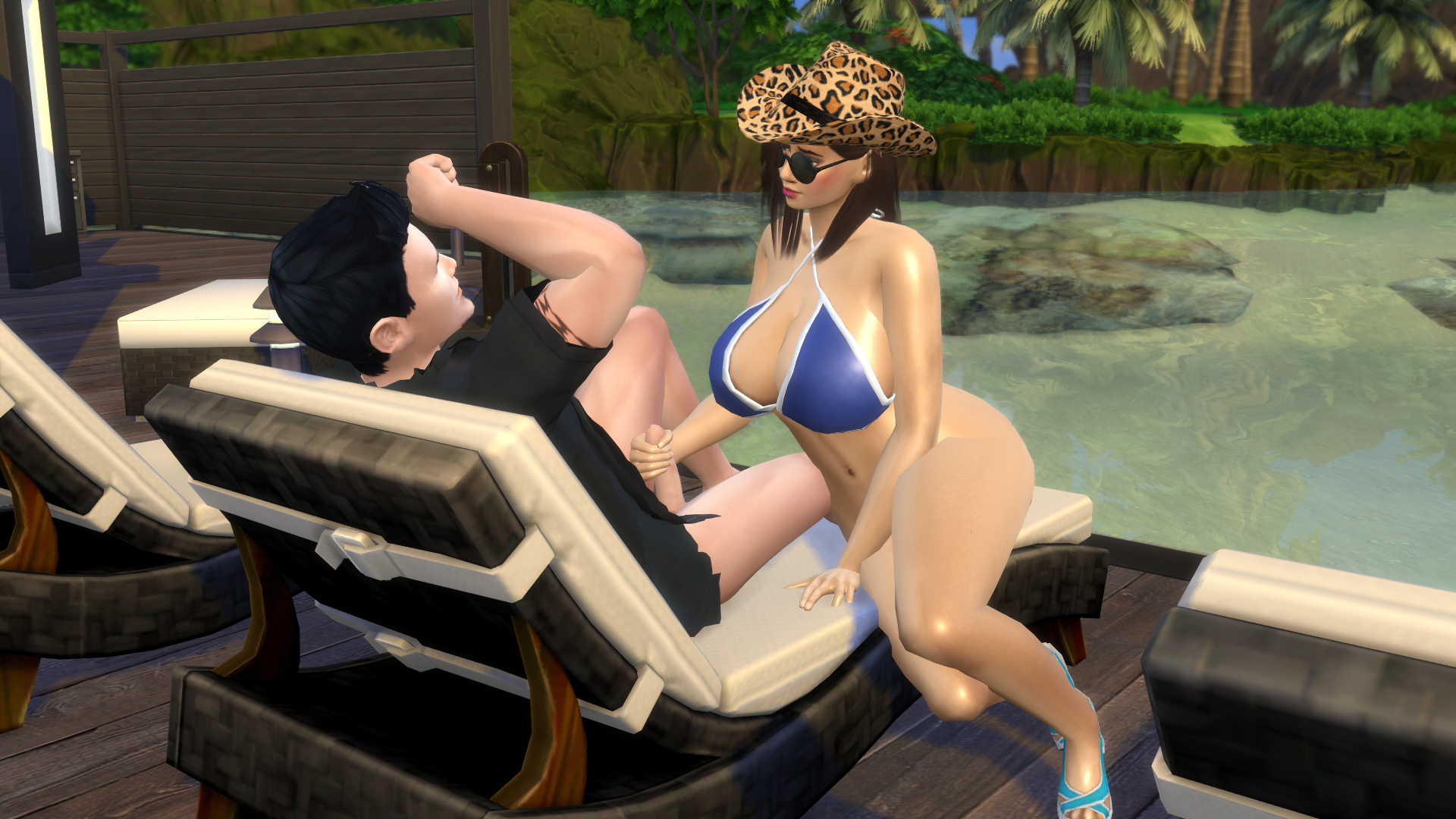 His luck I like Handjobs and Oral... Otherwise I'd slap him now.... 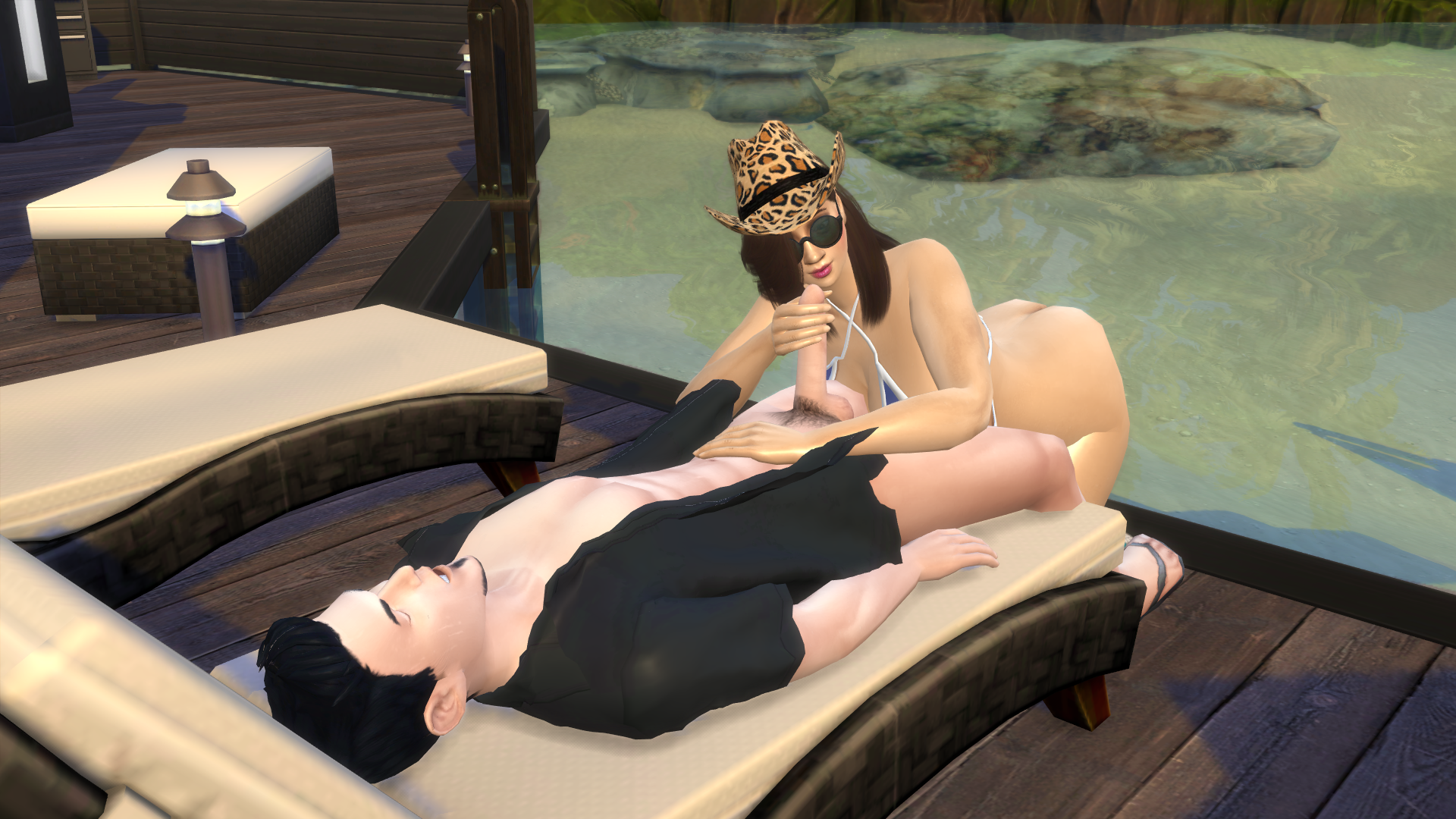 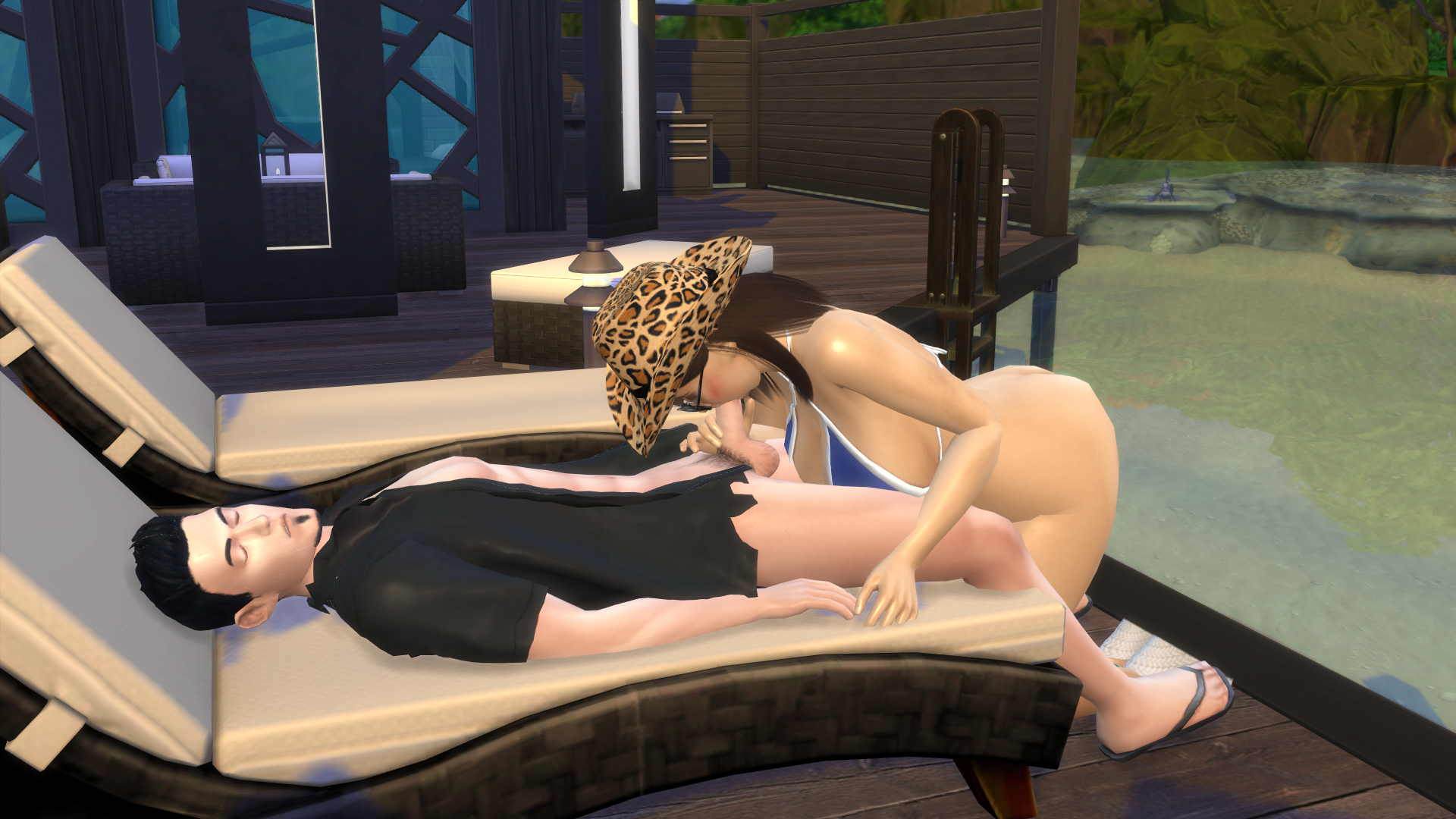 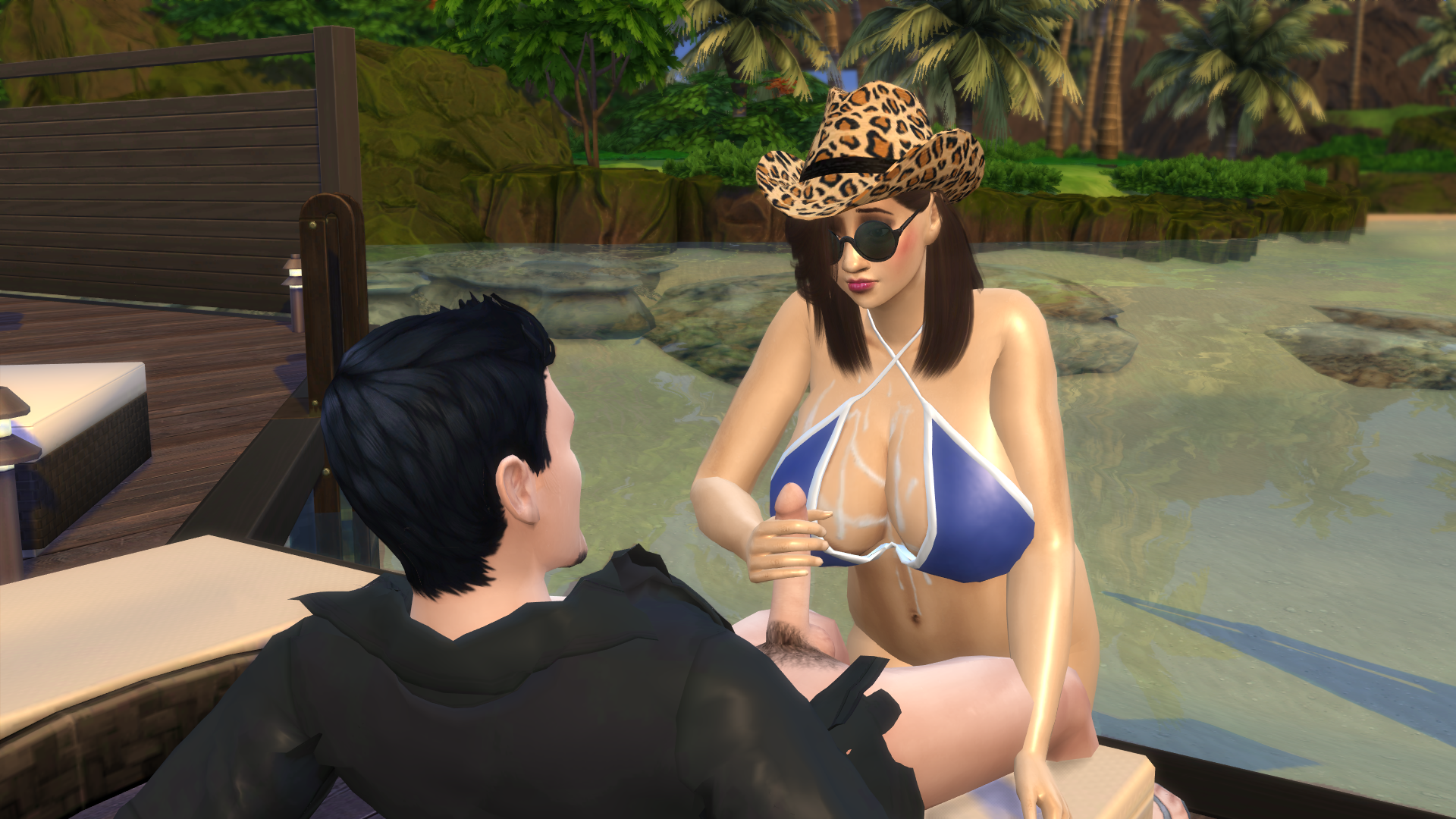 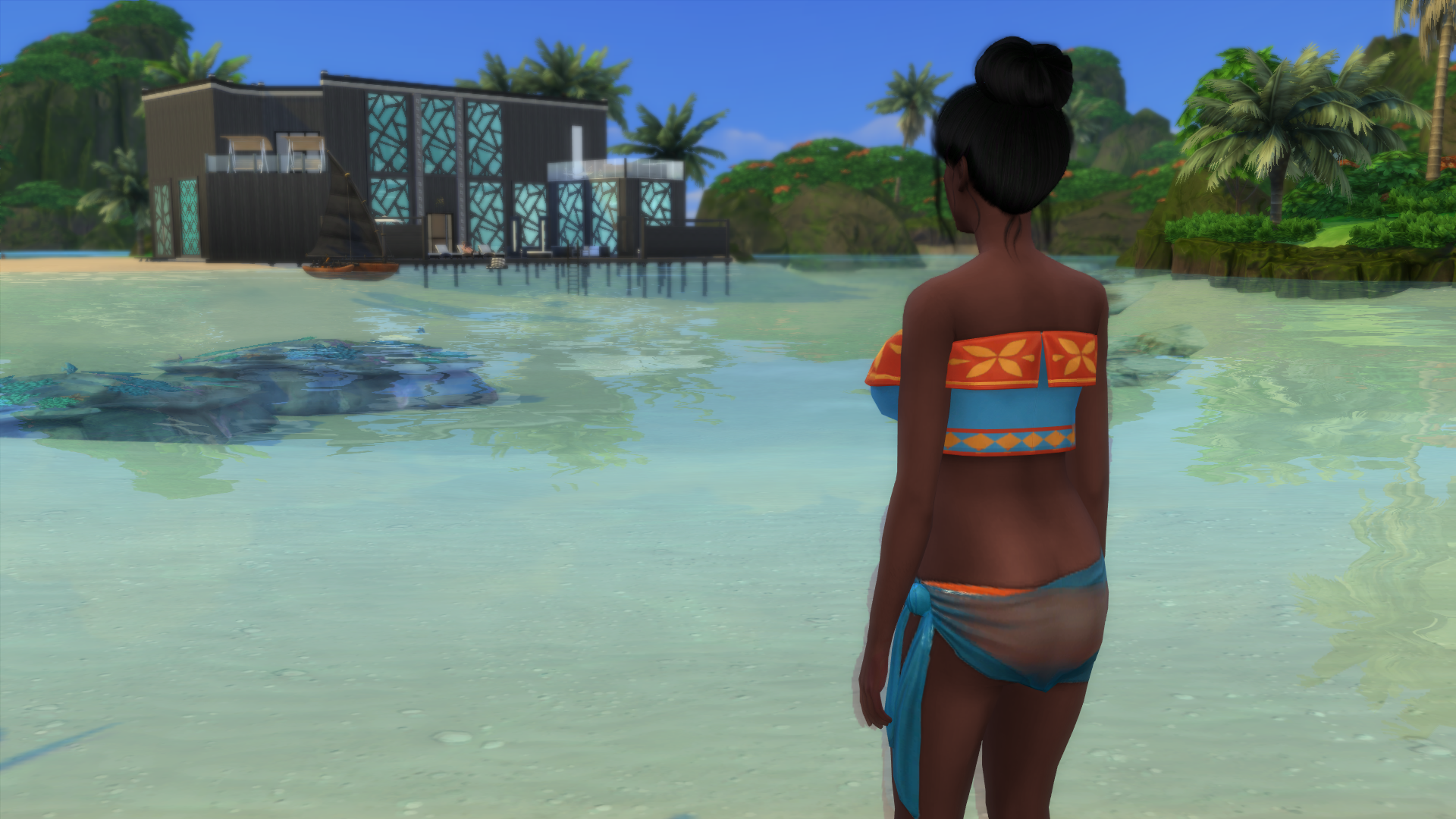 After the Climax, Bruce went back inside, while Gina changed her clothes and went out on the sea itself. 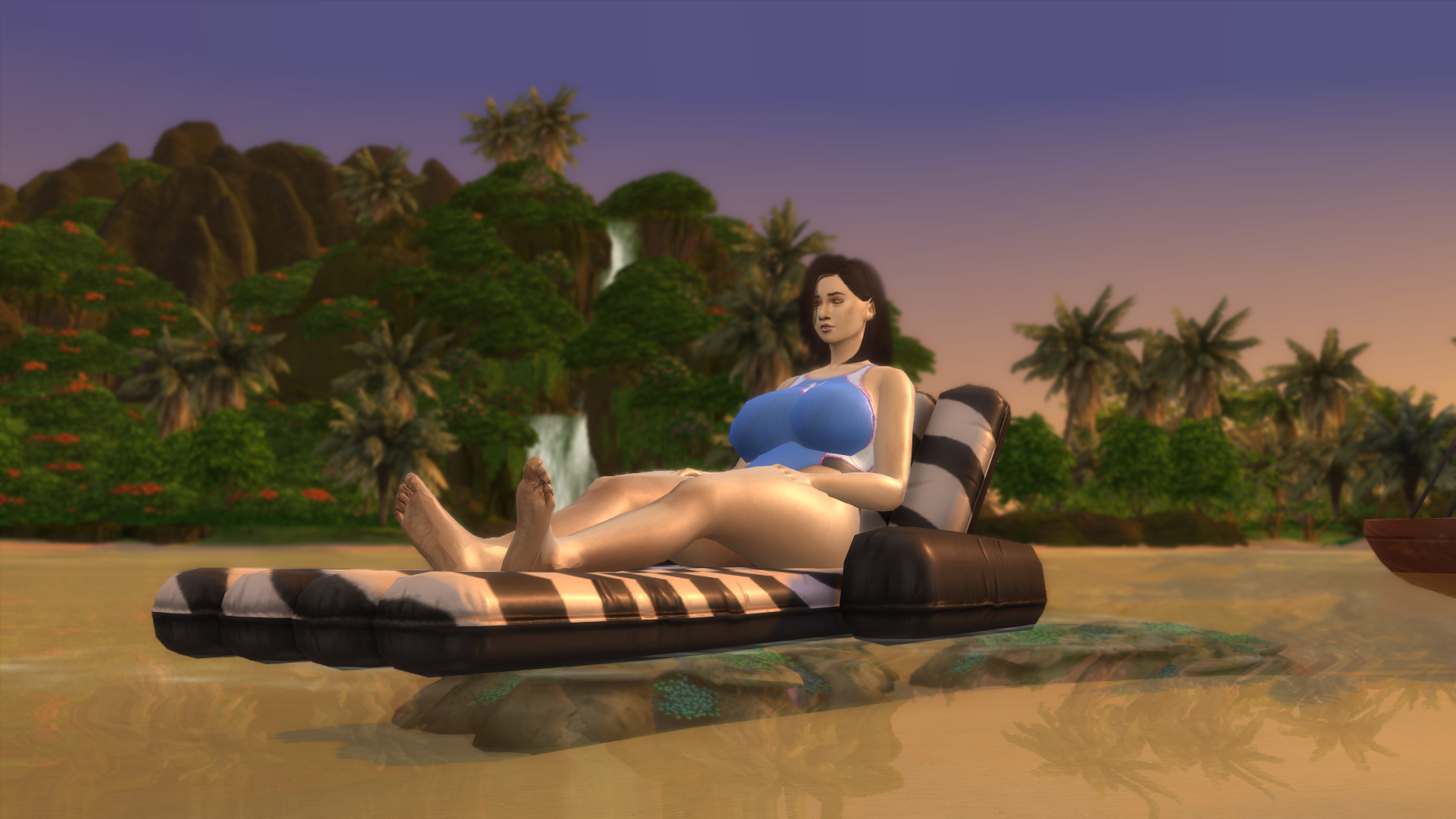 What an annoying little bastard... Well, at least he's handsome... and it's all for the long-term goal of having some fucking peace back at home... I can't afford to be blackmailed by him....

As the Sun was setting and Gina started to go back inside, a woman approached her from the water. 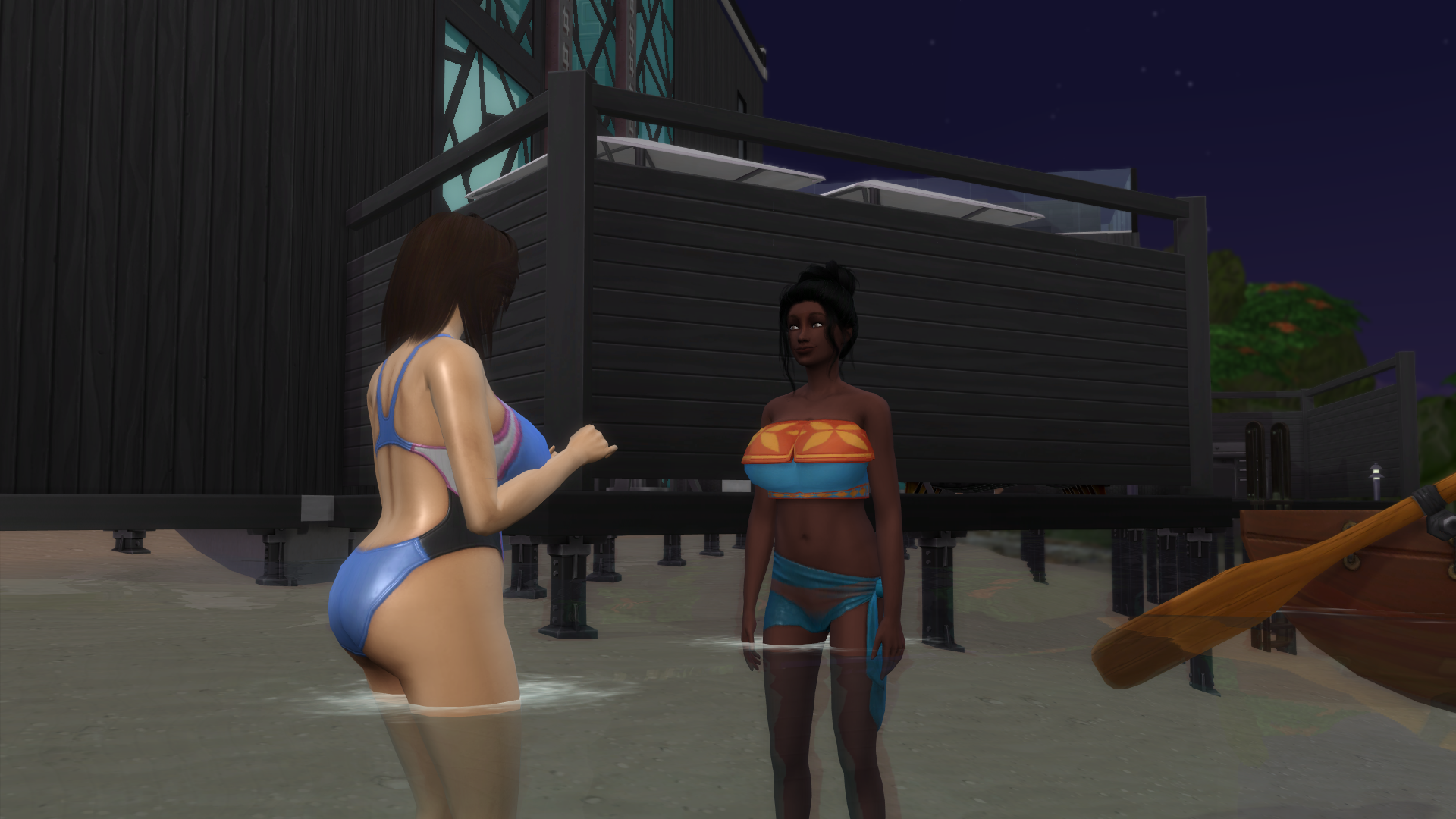 Unknown woman: "Hey, I haven't seen you around here before. Did you just arrive in Lussanca?"

Unknown woman: "Oh, just out of pure curiosity. Not many people live around this part of Lussanca, so it's easy to tell if someone new is coming here. I'm May'an'twene Halinassa. Friends call me Maya."

For a moment, Gina thought about the connotations of her being seen with Bruce here. She thought there were too few people around here, but just to be safe, she used a fake name.

Maya: "Nice to meet you too, Gina. I've seen you sunbathing earlier. Don't tell me you're in company of that douchebag who owns this house?"

Maya: "Truly a shame. Such a beautiful woman as you could have had much fun on Lussanca." 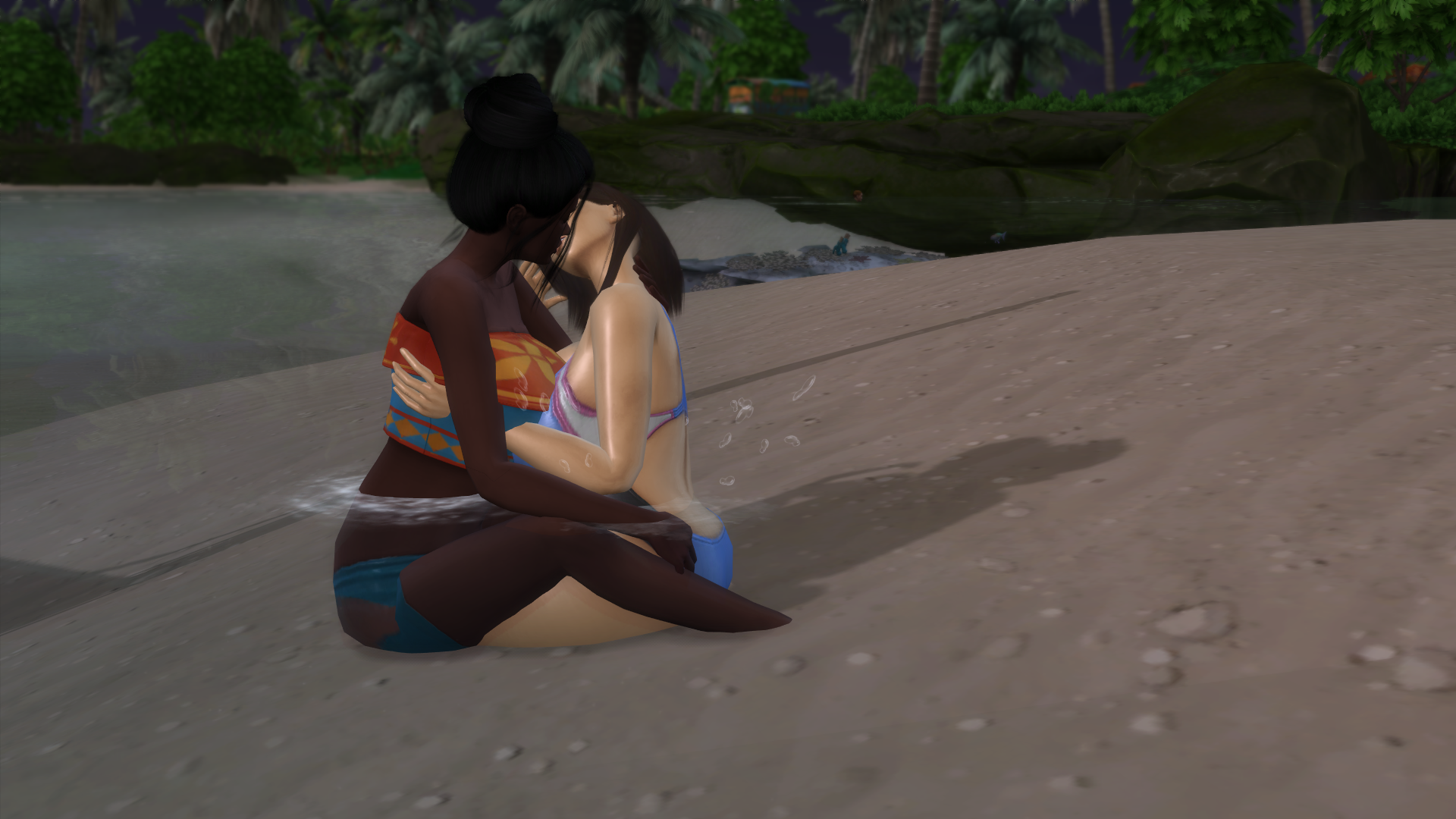 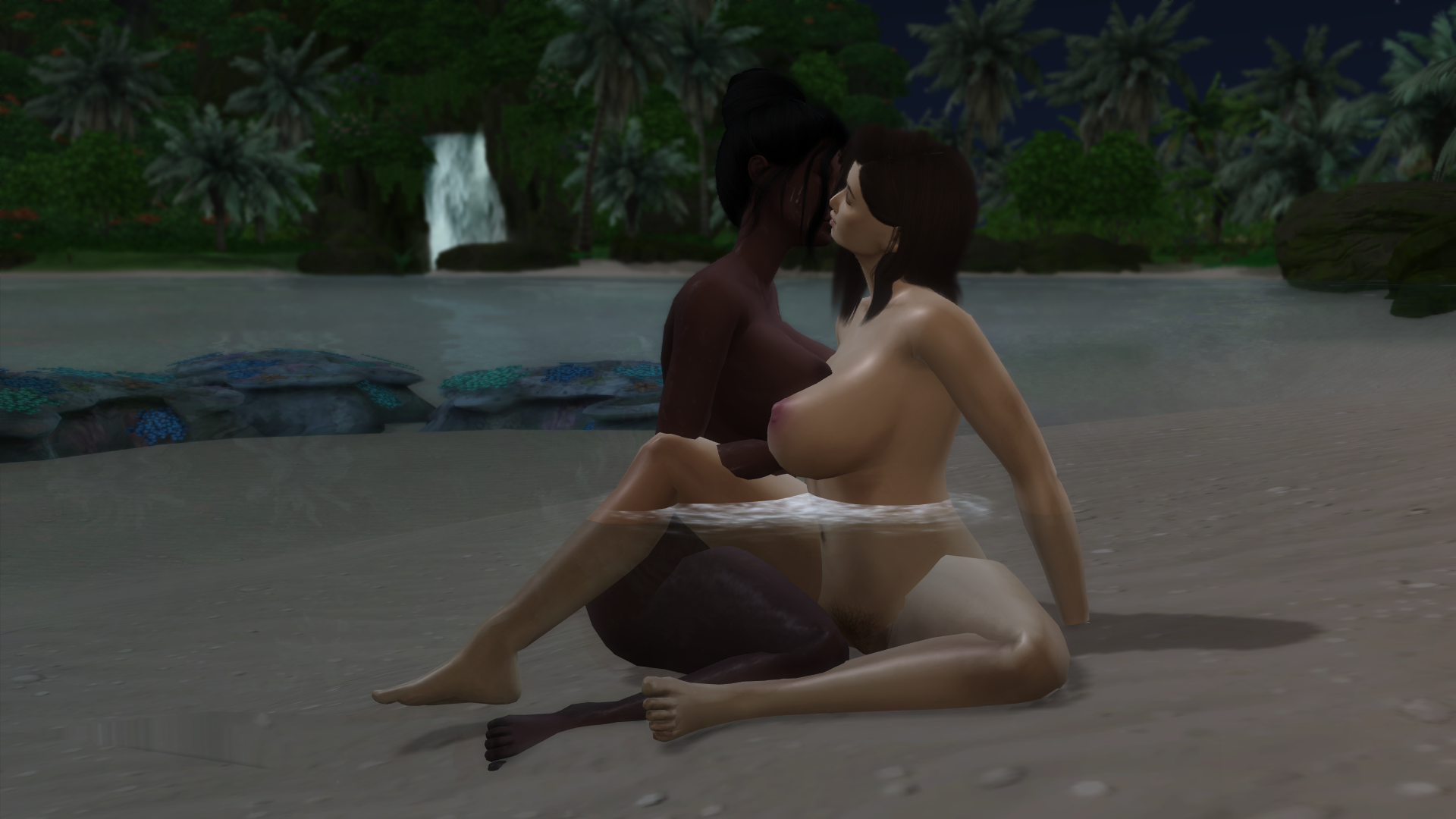 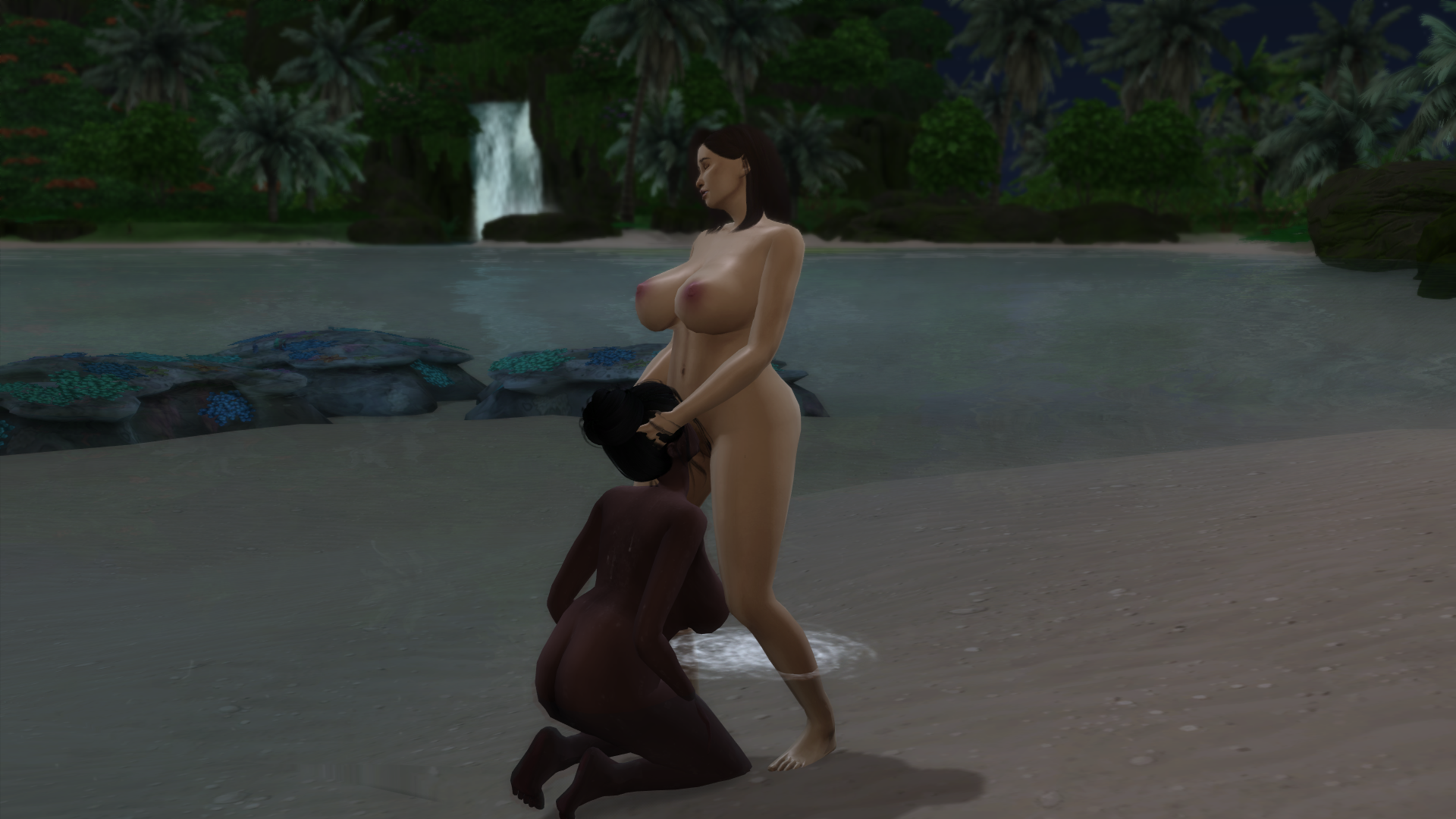 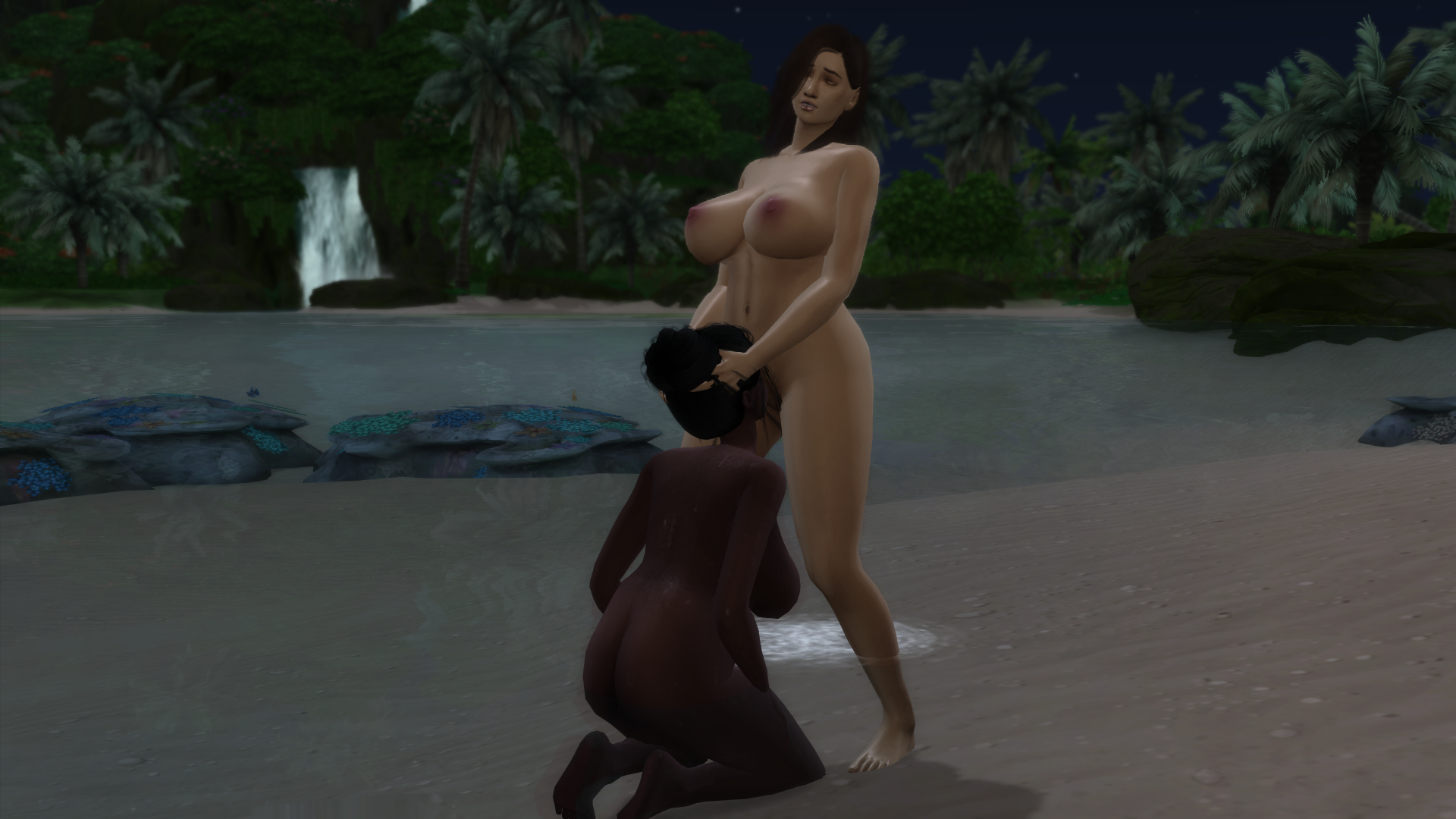 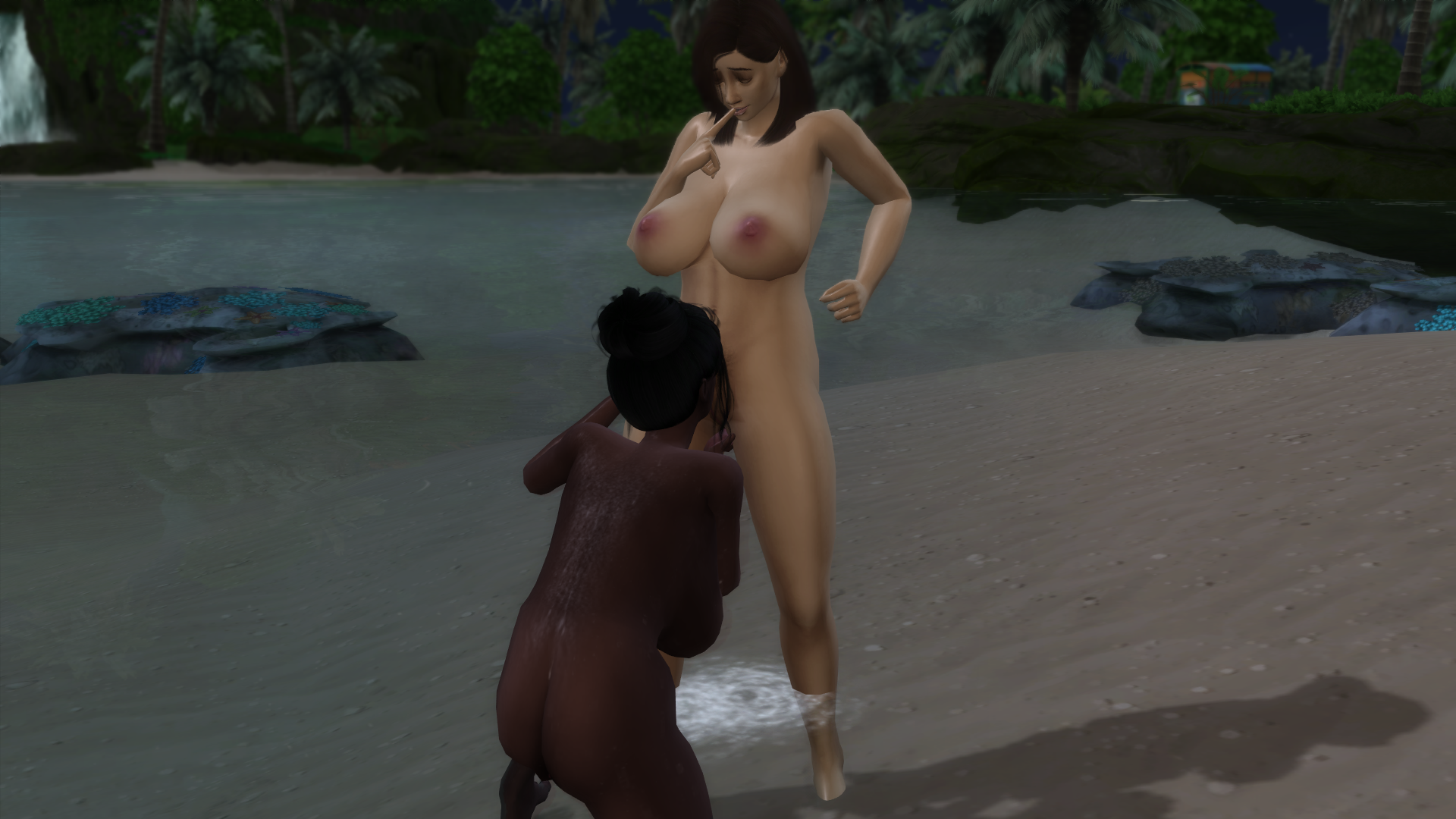 Man, I needed this.... Haven't fucked anyone except Bruce since I've got elected...

Being satisfied with her encounter, Gina quietly heads to sleep.