This is a mind-control "Haremocracy" mod for Crusader Kings 3. It mod creates a number of traits, events, schemes, and interactions based around the Player's interaction with the Regula Magistri (Rule of the Master). The intent of these is to create a state headed by a single (male) ruler and his female vassal concubines. 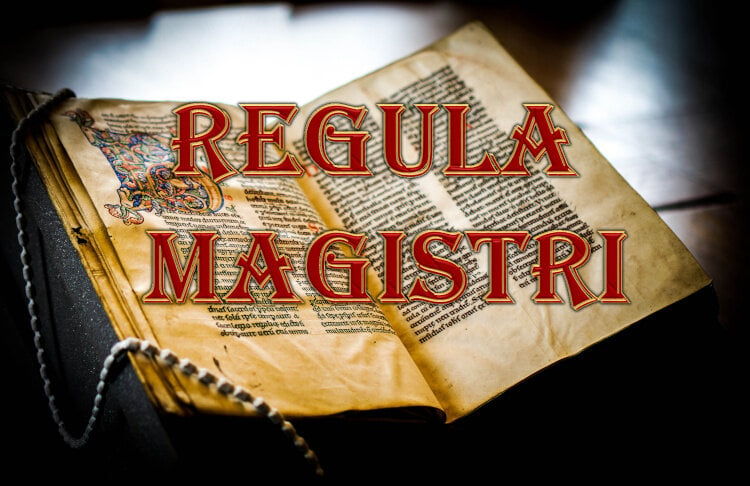 Creates a mind controller trait for the MC (Keeper of Souls) and charmed traits for female characters (Mulsa, Paelex, Domina and Orba).

Creates a religion, Regula Magistri. This religion has two custom tenets linked to the Magister and his harem. The magister can have unlimited wives, each of which can boost desmesne income and development. The holy sites unlock different character interactions, adjust the sex of newborns, or otherwise changes the base game.

Creates a scheme (Fascinare) to add the Mulsa trait to female characters and convert them to the Regula Magistri religion. Each woman with the Mulsa and at least one landed title (county or higher) can be upgraded to the Paelex trait and added to the MC's harem. Mulsa can also be forced to act against their liege and family, revealing secrets, kidnapping or deposing their husband, and even waging war against their leige for the right to swear fealty to the magister.

Creates a number of new wars linked to the enslavement of other rulers. Free female rulers can be dominated, while those already charmed can be stolen from their rightful liege or allowed to break their former bonds of fealty through a custom faction, Servitude.

This mod will conflict with anything that modifies gender succession laws or religious tenets, might_cheat_on_partner_trigger or valid_demand_conversion_conditions_trigger. Otherwise it should run alongside anything up to total conversion mods (not extensively tested).

This version is not compatible with Regula Magestri 0.5 saves.

## Known Bugs/Issues
Despite the flavour text, those that are One with the Book don't die when the book is destroyed.
## Contributing
If you are interested in contributing, please get in touch here or at the links above. Assistance with art or event dialogue would be greatly appreciated.
## Changelog
Spoiler
0.5
Added a new type of vassalization war: Domination. Crush the independence and will of nearby female rulers, then add them to your harem.
Enabled the Regula Magistri for non-independent MCs.  You can now work to take down the HRE or Byzantine empire from within, slowly suborning your liege's vassals. Note: They WILL try to depose you. Be prepared for war.
Implemented the Hereditas Compedita Inheritance for Compeditae that are not your vassals (both independent rulers and those sworn to another character). Unlike in your realm, only the Compedita's laws will change; those above and below them will keep their default inheritance laws.
Added a few random events, linked to either a fight within the harem or generous vassals that wish to give you gold.

Bugfixes and Tweaks:
Overwrote the adultery and conversion triggers. It should be impossible for spouses to cheat or lose faith now.
Made it so extramarital sex by the MC will not cause anger their spouses.
The AI will now use the Abice Maritus interaction when possible. If you hold Alexandria expect to periodically see female Compenditae deposing their husbands.
Fixed an issue with wards not gaining the Witch trait when appropriate.
Finally fixed the issues around inheritance of the Regula Magistri.  The event will now fire 1-4 weeks after the death of a previous Magister.

Known bugs:
Despite the flavour text, those that are one with the book don't die when the book is destroyed.
0.4
Completely reworked the Regula Magistri Holy sites.
The fall of Jerusalem introduces a rot deep into both Christianity and Islam. Their fervor decreases by 10 for every year that you hold this holy site, while all followers of the Keeper of Souls see income from their vassals increase by 20%.
Alexandria unlocks an AI character interaction, Abice Maritus. Unlanded wives may now take their husband's titles, sending their spouse off to live with the nuns. All followers become slightly more attractive to members of the opposite sex.
Lesbos adjusts the gender of newborns, ensuring that 80% of births in your religion are female. All followers gain a small prowess and health boost.
Carthage provides a bonus to levy size and follower's piety. Also unlocks the Sanctifica Serva interactions, which allows MCs to make their Paelices immortal, at the cost of their own health.
Brescia allows Mulsae, Paelices and Dominae to perform the Fascinare scheme, adding the Mulsa trait to others in their court and dynasty. Slightly increases follower's diplomacy and lifestyle XP gain.

New Interactions:
Added a faction for foreign Mulsa: Servitude. Servitude factions seek to swear fealty to the Magister, and will wage war against their liege to do so.
-Added a character interaction for the Magister to join an ongoing Servitude civil war (Target the defender).
Added a war type: Usurption. Winning the war transfers all vassals with the Mulsa trait to the Magister's realm.
Added a Mulsa interaction, "Revelum Secretum".  Will cause foreign Mulsas to disclose secrets from their court, or potentially create some.
Reformed the Head of Faith. The Magister is now the head of the faithful.
Added a new Head of Faith character interaction: Potestas non Transfunde. Magisters that have acquired the title Pontifex Carnalis can now publicly demand neighbouring independent, female Compeditae swear fealty to them (at the cost of a large amount of prestige, reduced based on rank and magister level).
Added an event to entrance your wards and the wards of your mulsa, paelex, domina etc.
Misc.
Promoted all Paelices to the role of sister-wife. The concubinage is closed.
Added an effect to strip Magister traits from heathens, and another to give a penalty to magisters with unlanded wives/concubines.
Expanded the roster of Fascinare events.
Slowed the appearance of the aging process in Mulsae, Paelices and Dominae. Maybe she's born with it. Maybe it's demonic possession.
Bugfixes and Tweaks:
Fixed the Rapta Maritus requirements, and slightly tweaked the benefits for the Mulsa (adds callous and arbitrary traits, instead of deceitful).
Increased the difficulty of the Fascinare scheme against foreign characters, while providing a bonus when targeting people in your realm.
Corrected the holy order names.  Added a bunch of fresh orders to the rolls in the process.
Corrected the Head of Faith inheritance.

0.61
The third Domitans Tribunal action, "Mix it with your seed and breath life into her womb", now has a small percent chance of giving the Pure-Blooded trait, instead of One With the Book.
Made the Domitans Tribunal actions a little more transparent.  Mouse over each to see some info on what they might do.
Updated the Domitans Tribunal/Potestas Non Transfunde Important actions (suggestions) so that invalid characters aren't suggested.
Fixed a bug preventing most of the random events from firing.  Disabled the Holy Order event unitl it can be properly bugfixed.
Tweaked the religion-switching interaction.

Known issues:
Switching to another Magister religion via the Config decision doesn't seem to affect counties, just characters.
The shackles often don't line up with prisoner's wrists.  This is due to an error in the game's default animation.
Despite the flavour text, those that are one with the book don't die when the book is destroyed.
Default game doctrines don't show up when creating a new religion (the tenets still do, and existing religions are unaffected).