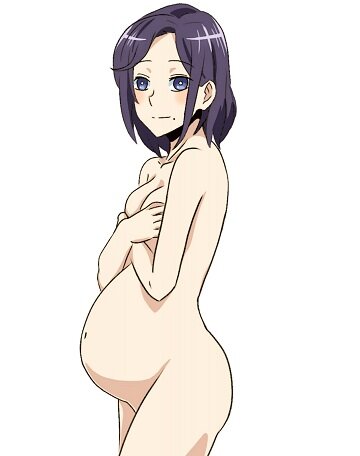 A totally revised version of the original from 2011-2012 which Hakumen Oshite Mairu stripped out of his TamagoClub package, this mod allows you to ask NPC characters about their Menstrual Cycle or how pregnant they are.  Not something you really go around asking people in real life. But this is the world of Nirn, and if you have a high enough disposition with any character, they can confess how well they are doing and if they are pregnant. Otherwise, be prepared to be yelled at for asking such a stupid and insensitive question.

Normally, I would post a link to the original version, but no actual topic exclusive for TamagoTopic exists...

VARIATIONS ON A THEME:

That sounds like a lot of options, doesn't it?

If you discount the dialog that an NPC uses to chastise you after asking her about her cycle, the original version of TamagoTopic had merely a couple dozen responses. This was not really expansive nor recognized the character's history with the player. Likewise, it didn't take into account the NPC character's racial speech patterns or tendencies.

The new version of TamagoTopic was expanded greatly to cover that and more.  Based on the initial dialog options from the original, a multitude of variations were created based on character speech patterns, inclinations towards their sexual preferences, changes based on a maternal or biological clock, honorifics towards the player and the player's gender. All of this has been combined with the near-dozen menstrual states built into the TamagoClub and TamagoTopic system. In fact, what was once a few dozen lines has grown into over 2000 entries, modified to suit each of the above conditions.

And this may yet be expanded to include more!

Another difference....  The mod is no longer dependent on the TamagoClub master to run.  The only actual mod it is dependent upon is Oblivion itself.

Initially, if you wish to run a mod that has a master file, that master file must be loaded. Running a game and not having the master file in your game will merely exit the game without any word or warning.  However, this isn't helpful because you may be confused as to why the game merely exited.

Now, TamagoTopic checks whether or not you have the TamagoClub master file loaded and brings up a message to inform you about that crucial detail.  TamagoTopic will not run without the master file, but it will not abruptly exit without warning either.

Obviously, TamagoClub is a necessary mod, but it works entertainingly well with the latest version of TamagoClub which now includes a Maternal instinct flag for the NPCs.  If they have a stronger maternal instinct, their dialog may actually favor having children while other NPC may not be so inclined.  This is part of a dialog change as the original TamagoTopic randomized the returned dialog for both happy and sad states for any NPC.

Usually accompanying the TamagoClub master, the HiyokoClub system is meant to generate those children which have actually been borne. But for the new version of TamagoTopic, it is also useful to determine if the recently borne child is also the child of the Player. This allowed for the creation of dialog where the NPC can tell the player that their child was borne safely rather than just her child. Likewise, a similar option was built into dialog if the child was stillborn.

Lovers with PK is certainly a required and necessary mod. But in addition to this, both it and Lovers Slave Trader deal with conditions where an NPC has been designated a Slave.  TamagoTopic recognizes this and will render dialog suitable for an enslaved NPC when speaking to its Master or Mistress.

What can be said about this insane piece of work?  If sufficiently beaten, denizens of the Isles may no longer treat you as a regular character, but one of a higher nobility... or more.  With that, the way they speak to you may also be different. And what is with the MadGod himself? Things may get very odd indeed.

A very strange mod that can allow the user to change an NPC's sex by way of magic, this mod also adds options for a character's gender preferences.  As such, an NPC changed into another gender may respond favorably to the change, or become disgusted with their new form. And likewise, the dialog they give when asked may reflect their inherit nature.

If you have to reset the mod, and have all your game variables be expunged and refreshed, use the following console command:

For archival purposes, the download also contains a zip file which has an OMOD of the original 2012 TamagoTopic mod. You cannot run both versions together. The OMOD 2012 version is only present for safekeeping and historical reasons.