I had a few minutes to kill so I grabbed a couple pictures I'd been meaning to post but not all that I had... so there should be another post later.

The jarl is being studious, and studiously ignoring what's going on right in front of him. Usually I come by the lovers camp and find an iron or steel sword... never bothered to look at the leveled list to see if that's the best that would show up.  Don't think I need to bother, Talvur had a glass one.  Too bad it was hidden back here and not where it would do some good against the bear. 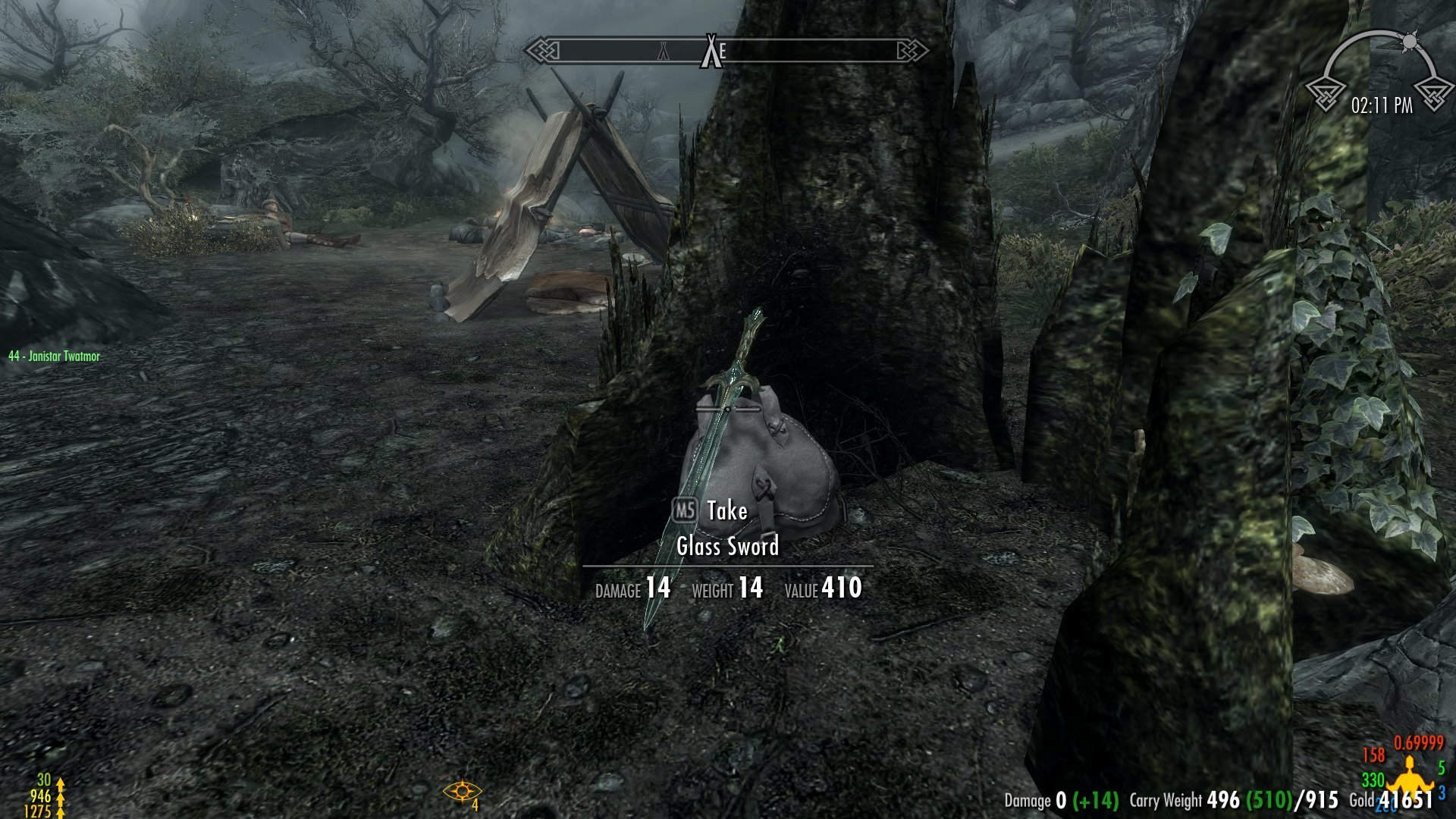 Doing community service work.  Do any of the prison overhaul mods have something similar? I remember reading about being bound in stocks; do they have random npcs come up and use the prisoner?  This shot I placed on purpose when both Noster and Octieve happened to be close by. Helping Ranmir learn a new trade by showing him how much fun Magic can be (and once I paid off his tab to Dagur and Haran he kinda owed me so I was pimping him out with TDF's PP. He's paying the altmer trainer (mod added) for my alteration training in a dual earn money/learn something new arrangement. Birna could have looked a little happier about the whole thing... I mean her brother is actually bringing in some coin now and not getting drunk. I think the gravity weight adjustment I made on some arrows isn't quite right.  I thought the arrow was flying point down and came off the bow wierd, and when I reached my kill... well the stag wasn't laying down when I shot it but was standing upright, and I was shooting across the field, not down from the top of a tower so the arrow shouldn't be sticking out of the top of its back. I took Narfi to see his sister.  I don't think it eased his mind any. The freezing cold mountain icemelt water probably didn't help either, since he doesn't have my cold-proof magical tattoos.