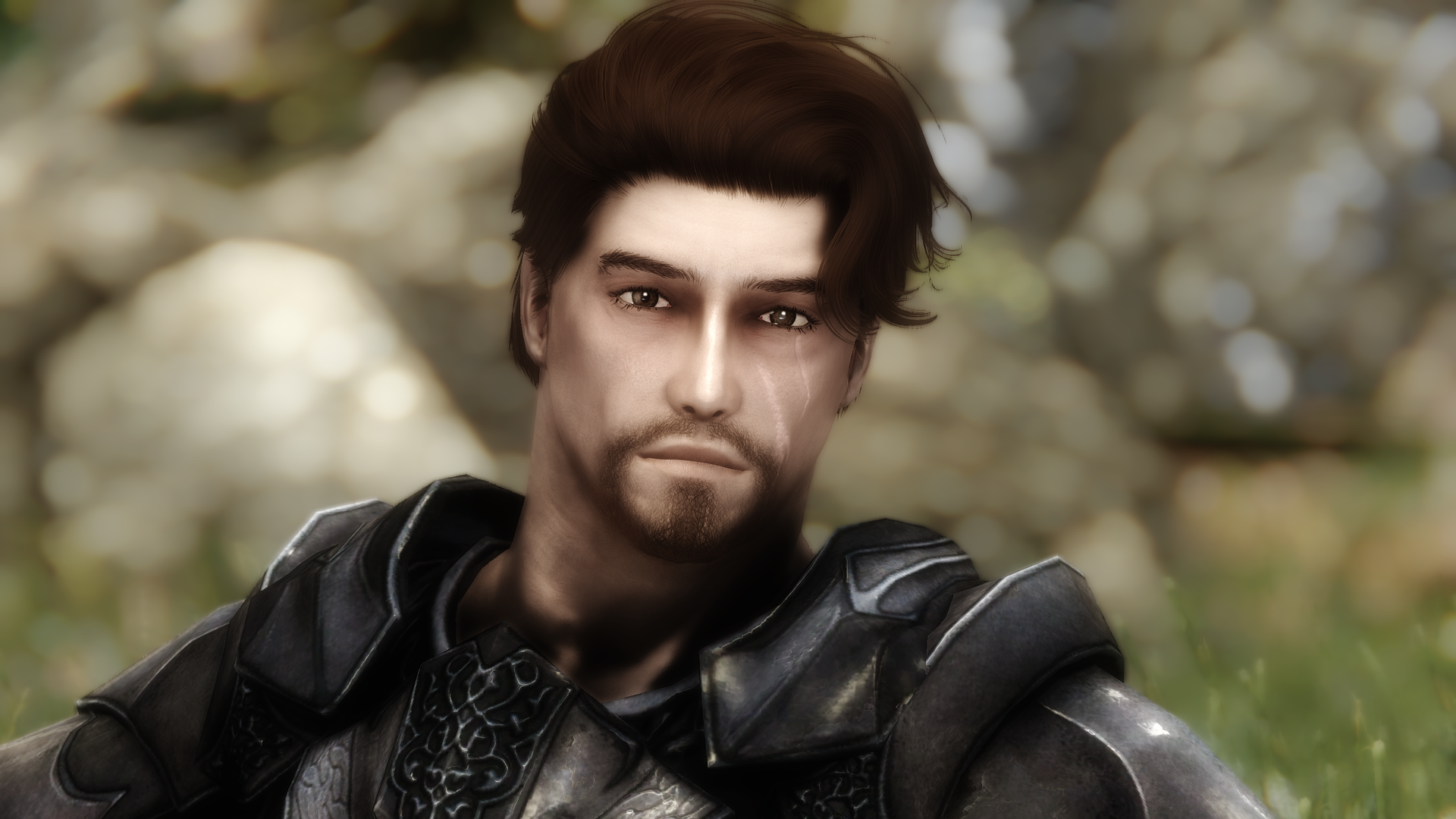 Thaiden grew up in poverty near south-east Skyrim otherwise known as The Rift. His mother died from birth and his father who served in The Great War as an Imperial later died from sickness, he grew up an adopted child with foster parents who lived close to Riften. When Thaiden was near his 20s he served the Dawngaurd loyally to start small to one day carry on his fathers legacy as another war veteran. While part of the Dawngaurd he met someone by the name of Lilian who fought the evil creatures of the night side by side. He fell in love with her, but none of it lasted long. Coming to a realization of the true dangers of vampire hunting, Lilian was killed in front of his own eyes. It was only a month later until Thaiden decided to abandon the Dawngaurd in an effort to run away from the bad memories. He decided to go back to his hometown to live alone on a very small farm that his father once owned. Until he met someone by the name of Mirana who like himself, suffered the same fate with a loved one recently (Read more about this on Mira's Bio!). After 2 years of a tough relationship with an unstable woman with anger issues, and 2 children Thaiden and Mira grew apart. It was only a couple of weeks later when one day the yet again heart broken and lost Thaiden, was walking back from Ivarstead where he found an unconscious woman lying on the ground. That woman was Shyvana. It wasn't until Shyvana where Thaiden found a meaning in life.