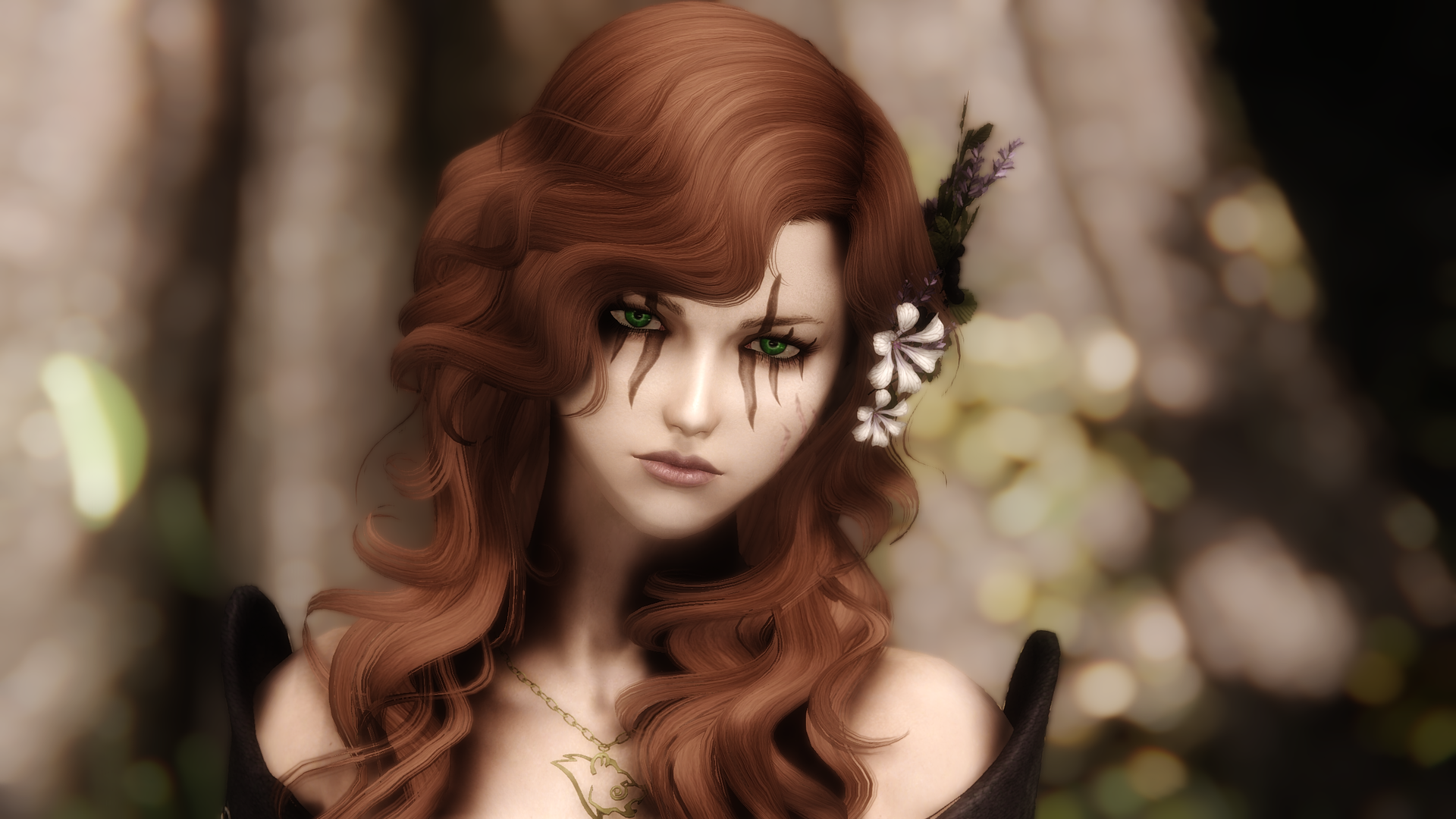 Mirana is a very short tempered and uneasy girl. After her husband was killed. Her brother took care of her and offered her to join the companions under oath that she would not abandon them. She had nothing to lose and accepted the offer. Initiation was quick and easy. The members liked her enthusiasm and stoic personality. Her brother wasn’t so kind about it. He wanted to be the center of attention and take dominance over the pact. After all he had the strongest bloodline in the companions. Mirana’s brother was infected with a certain form of Lycanthrope unknown even to the companions. While the companions took on the form of Hircine’s Gift as a Werewolf. Mirana’s brother came from a long forgotten bloodline of a certain “Bear” form; a Werebear which originated from the Skaal pack in Solstheim. Werebear’s are an extremely large and powerful type of Lycanthrope, those who were infected with its blood suffered massively from severe anger and the majority of the time are unable to contain it. Most people infected went rampant with typical human behavior becoming entirely absent with an unquenchable thirst for flesh. Her brother wanted to pass on his “special gift” as a welcome to the companions. He claimed “You can have my blood so you, like many of us can take on the form of ultimate Werebear.” He lied to get her to accept. Mirana didn’t know before it was too late. The first few days were straight agonizing and constant pain. Her brother carried her to the middle of the forest where he left her at the fear she wouldn’t come back. Ever since she never returned to her brother. And instead became a hired assassin/tracker. Her personality changed dramatically because of the experience. Becoming uneasy and short tempered.

Before her husband died Mirana always desired children. She wanted some of her own. But since their marriage was relatively short she never got a chance. Until later she met someone by the name of Thaiden who like herself, suffered the same fate with a loved one recently. It wasn't long before the broken couple fell for each other. With Thaiden still broken about his loss and Mira broken about hers, the two understood each other. Often times Mira's odd behavior would put spikes in Thaidens view of her. But it didn't seem to matter to him. One day Mira asked Thaiden about having children. While Thaiden didn't fully understand her logic she explained to him the desires she always had. Thaiden didn't want to say no at the fear breaking her heart. It wasn't long before Mira was pregnant with her first child. But it seems in between was a mere misconnection of the two that slowly and constantly grew larger. After her first child was born Mira was already pregnant with another. The anger Mira suffered from slowly turned Thaiden away from her Thaiden grew tired of her demanding attitude and angery outburst against him. After 2 years together the two grew apart and explained their indifference's too each-other agreeing that they shouldnt see each-other no longer. Thaiden was so heartbroken and angry at what he had to do that he wanted nothing to do with his own children. In return Mira was fine with taking care of the children without their father in the picture but was still angry that Thaiden left like he did and wanted leverage. Ever since Mira has been living a solitary life hidden from the world with her 2 children.

(You can read the rest of Thaiden's side on his bio!)

Currently Goes By: Mirana or Mira

Family: 2 Children with unknown names, One female age: 1, and a boy just a few months old