The Bannered Mare has been really busy lately, And I have a hunch as to of why.  Solely for the reason that I'm constantly returning to the Inn for the exact same reason as every other guy in here.  The Maid is something to die for.  Don't ask me why there is a maid serving us instead of Saadia the waitress, but hey, I don't think anyone in here is complaining.  Anyways, enough of this ramble, let me tell you a story of when I got "The Dovahkiin Treatment".

It All Started When She approached me as I was asking for a Quest from the Inn Keeper. 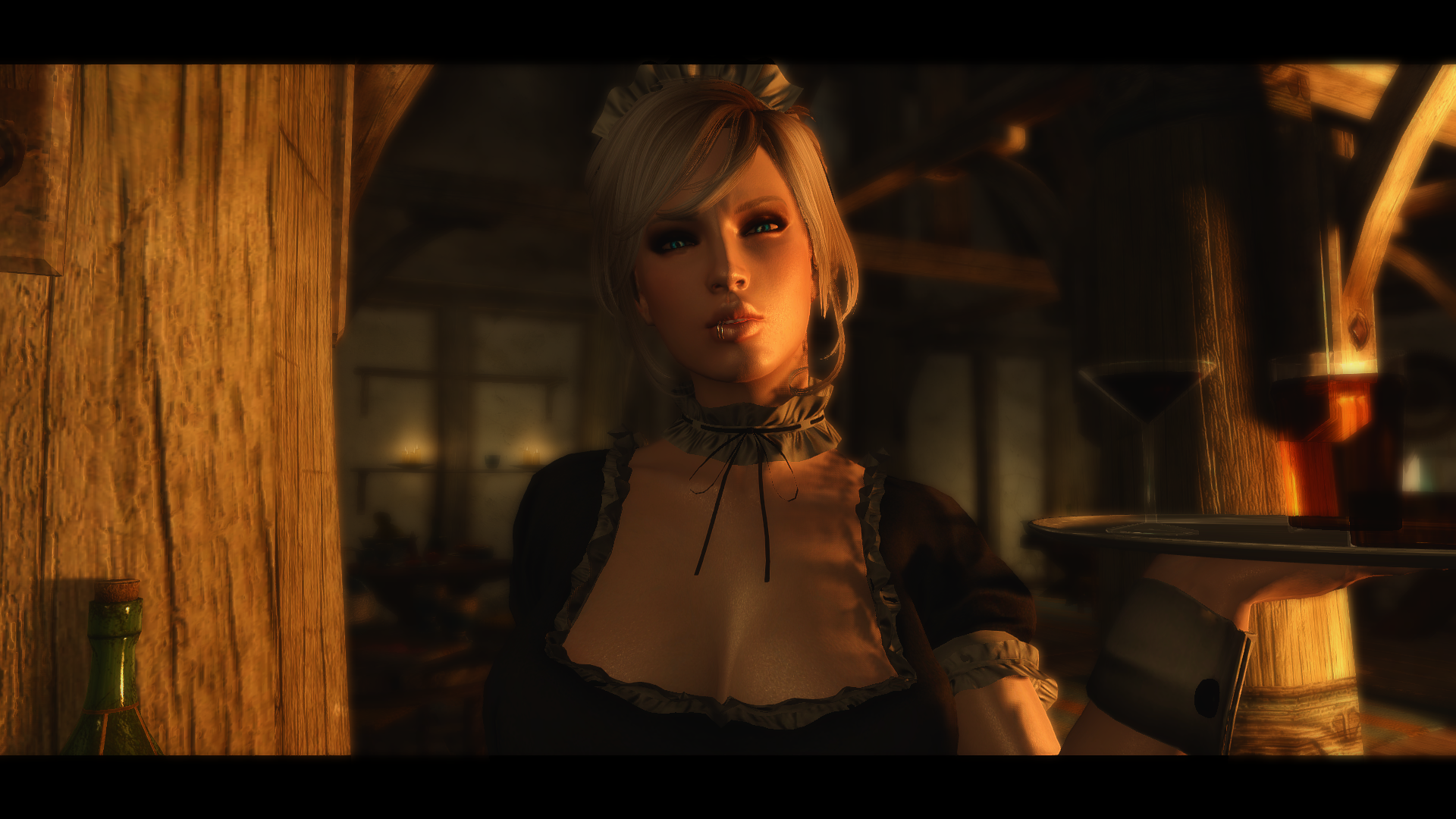 Maid : " I've noticed that you've been stopping by a lot more often in here.  Thank you.  Now, would you like a brandy?"

Dovahkiin : " No Thanks, I'm just here for a quest, Where I put my life on the line, make the world a better place and kill bandit leaders, all for 100 Septims."

Maid : " Mhm, I'll go ask somebody else then, give me a holler if you change your mind." 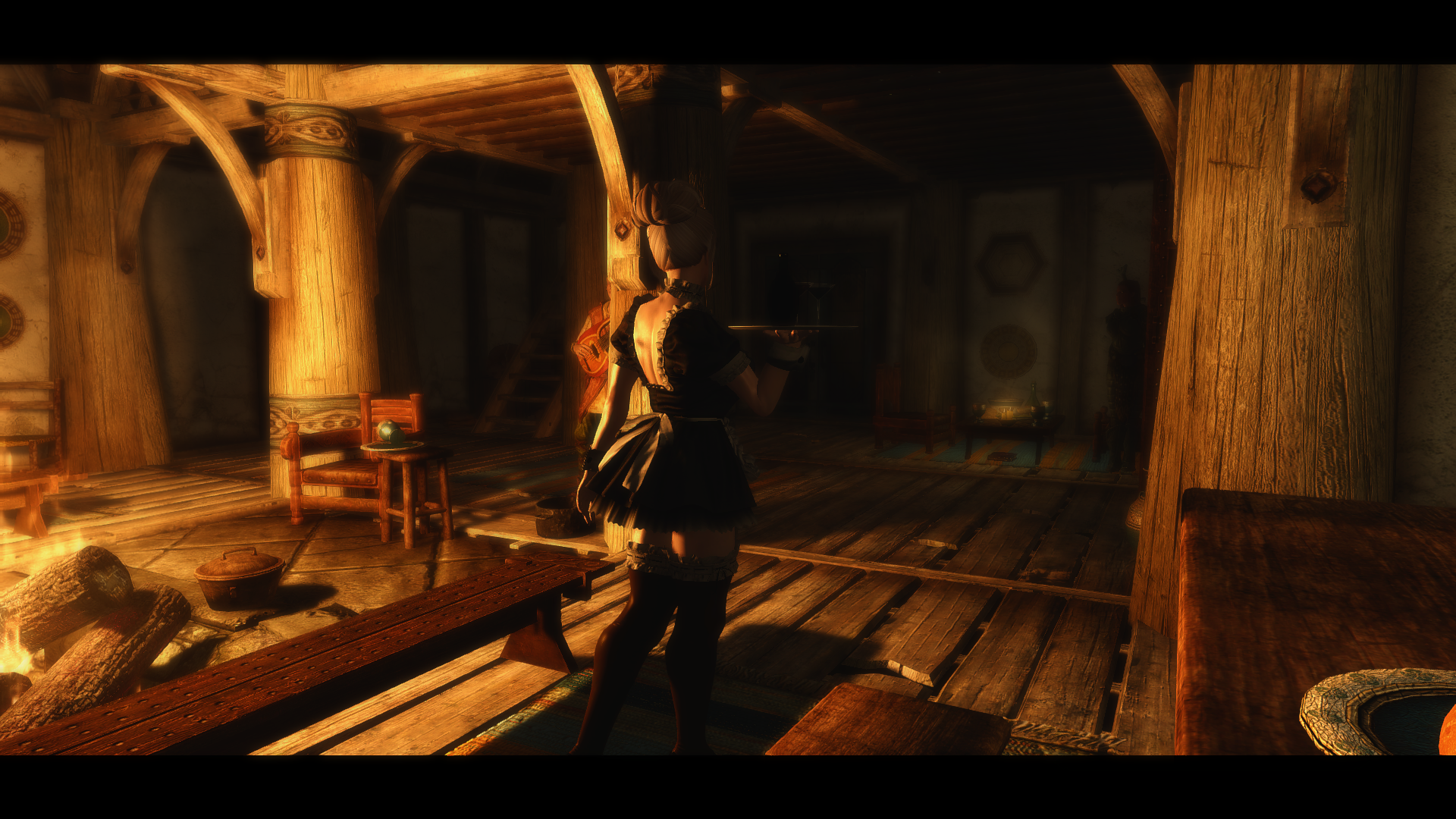 I watched her as she walked off with that extremely short and cleavage revealing maid outfit.  It was as if that outfit was made by some dude who played a video game a lot.  But whatever, She has her duties and I have mine to skyrim.  I cannot let sexual desire overcome me. 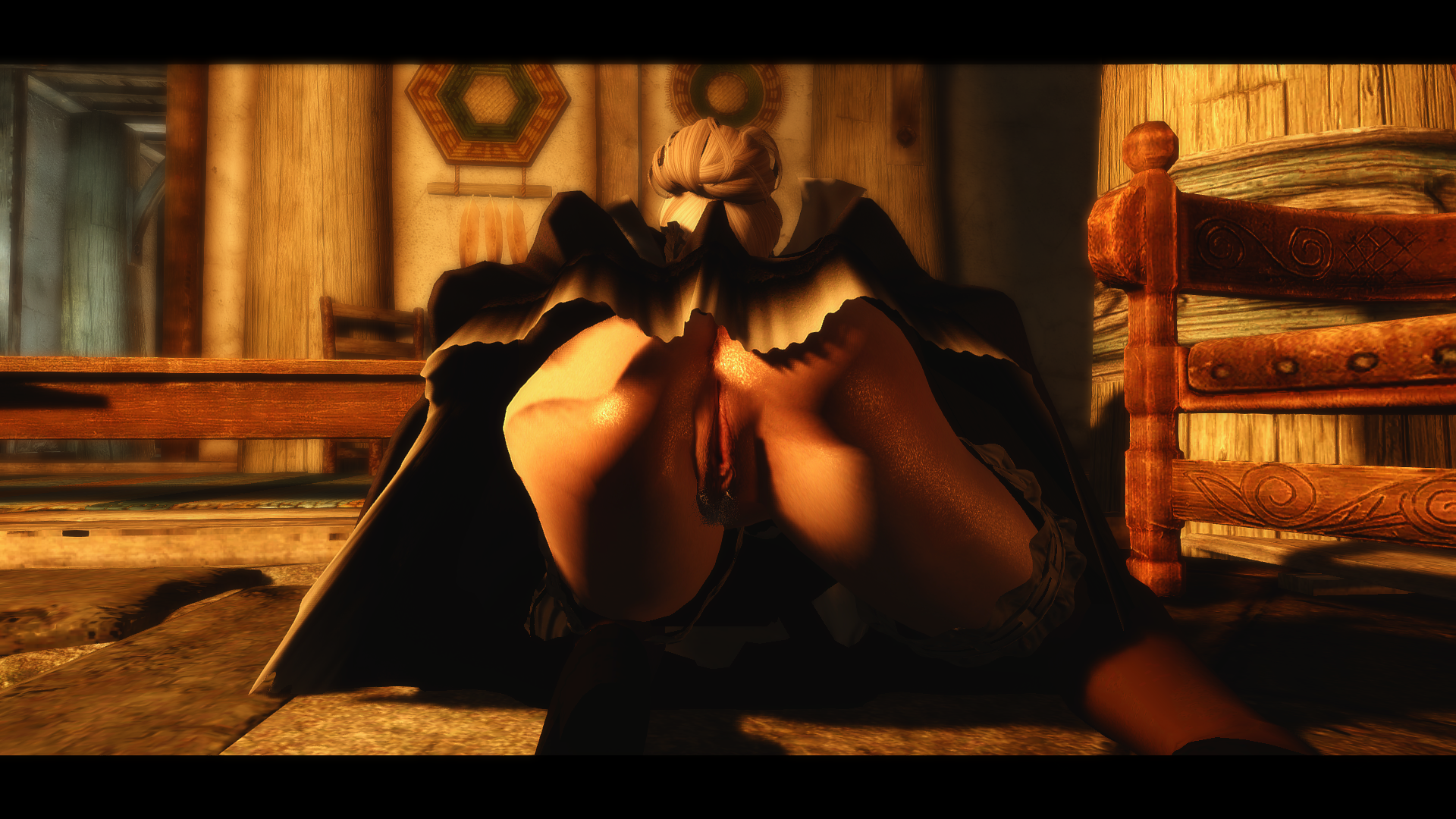 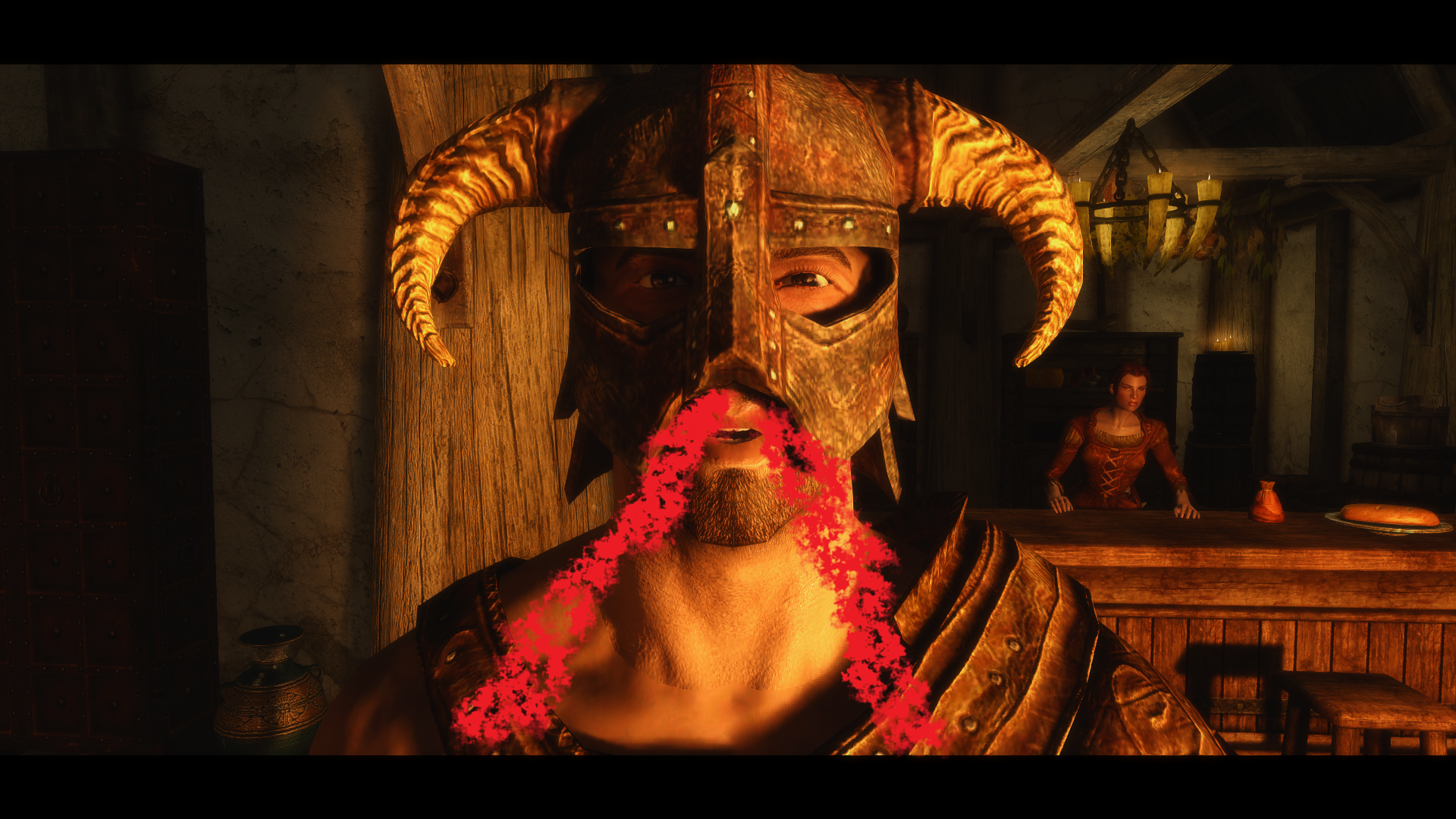 Dovahkiin : " Where?! What?! How in the Hell?! Where is her Panties?!?!?!?!  The gods have truly blessed me with such sights! I am so used to seeing sagging Hagraven Tits but this!  This is something that I must mentally screenshot inside my head so that the Nordic Goat Butter can be put to use later tonight!  The Linen wraps I found should compliment the Goat Butter! Yes! This is what I have Longed For! " 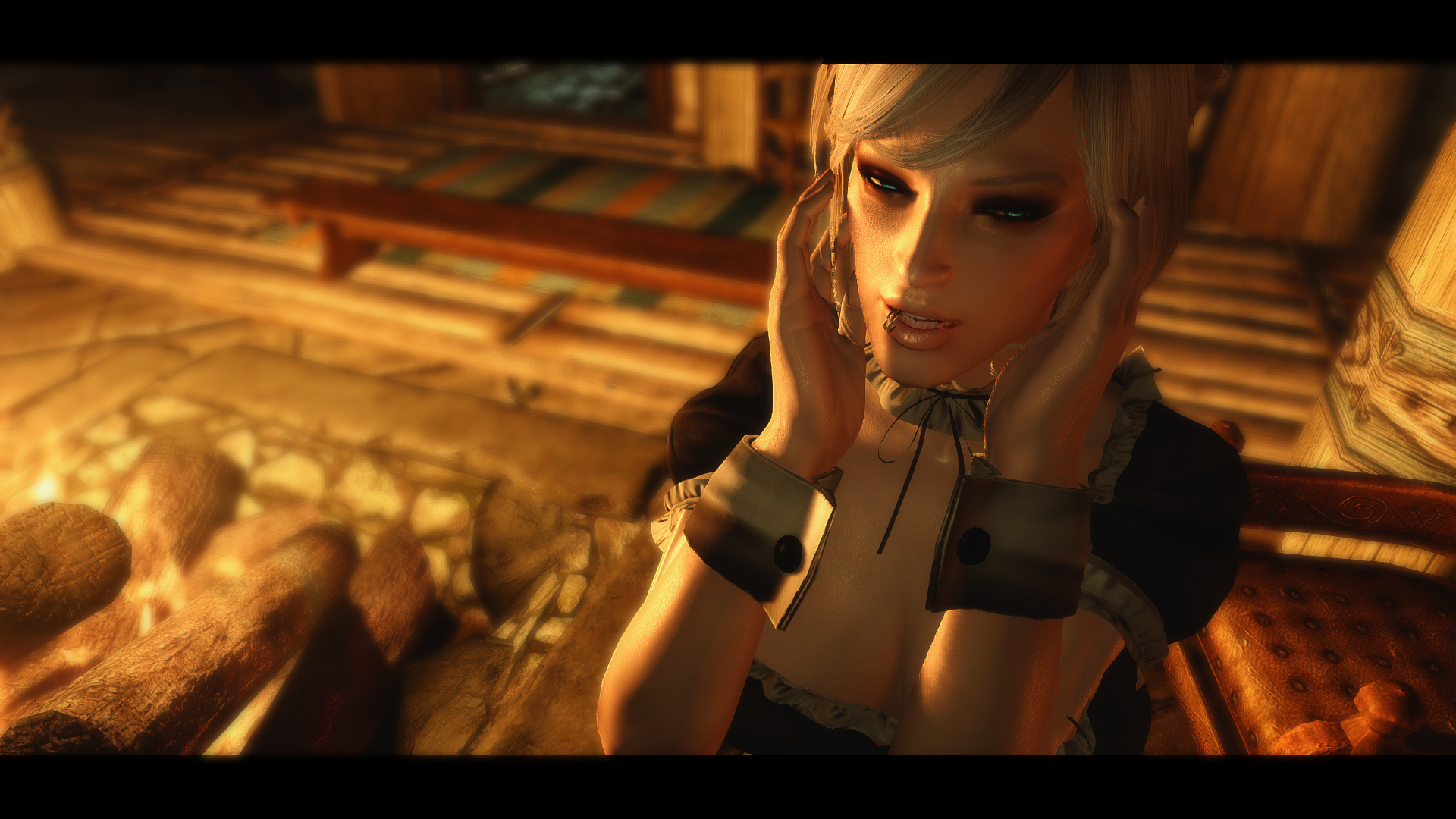 Maid : " You obviously saw it, If you hadn't, you wouldn't even know what I'm talking about." 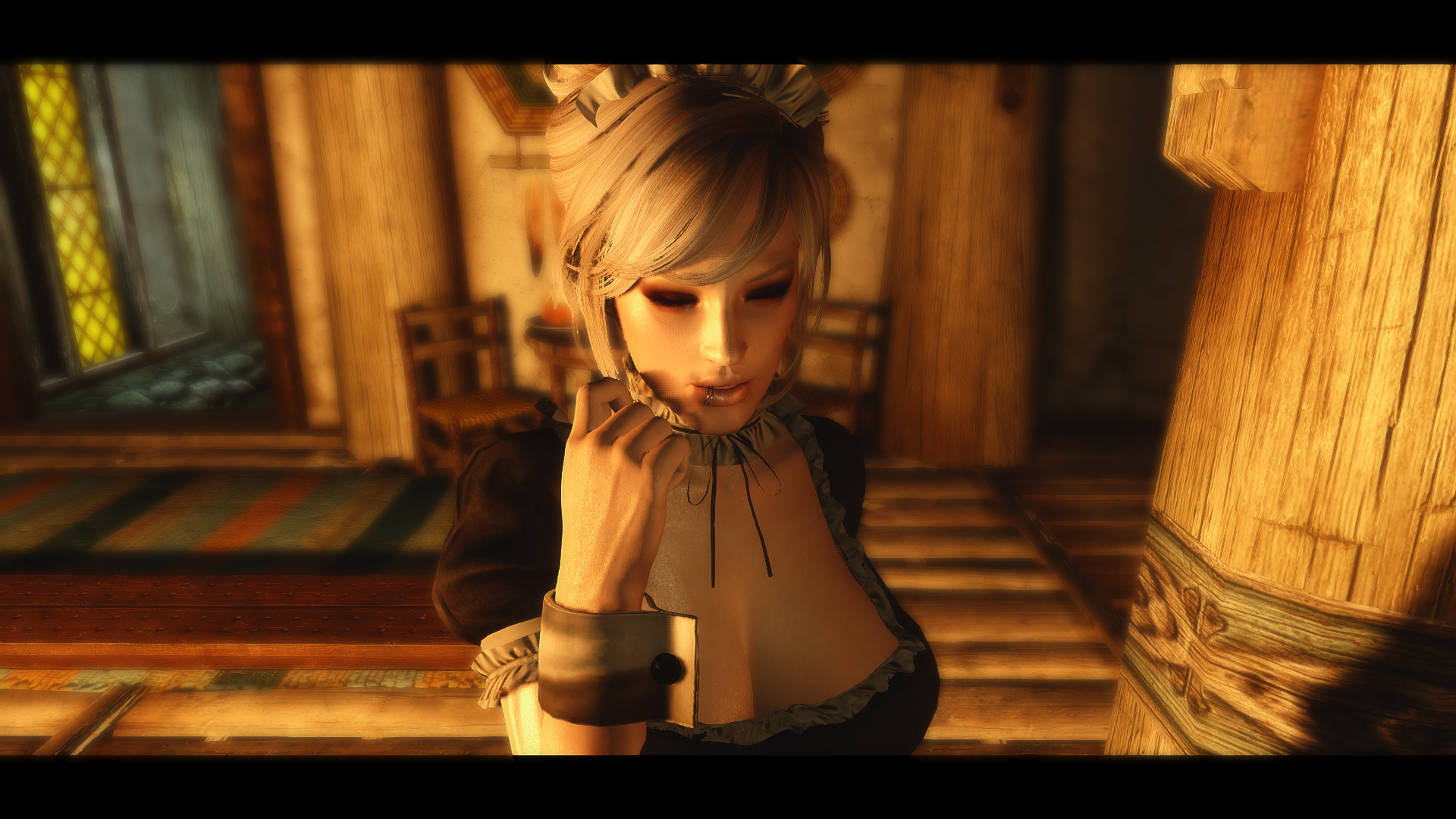 Maid : " It might come off as shocking, but I always wondered what it would be like to force myself upon the Dovahkiin himself.  I saw how you shouted at those chickens earlier! When you were stopped by the guards you simply told them you were the Thane and they left you alone.  Such authority!"

Dovahkiin : " Well if we are going to do this, You're putting the effort to finding the place of privacy. " 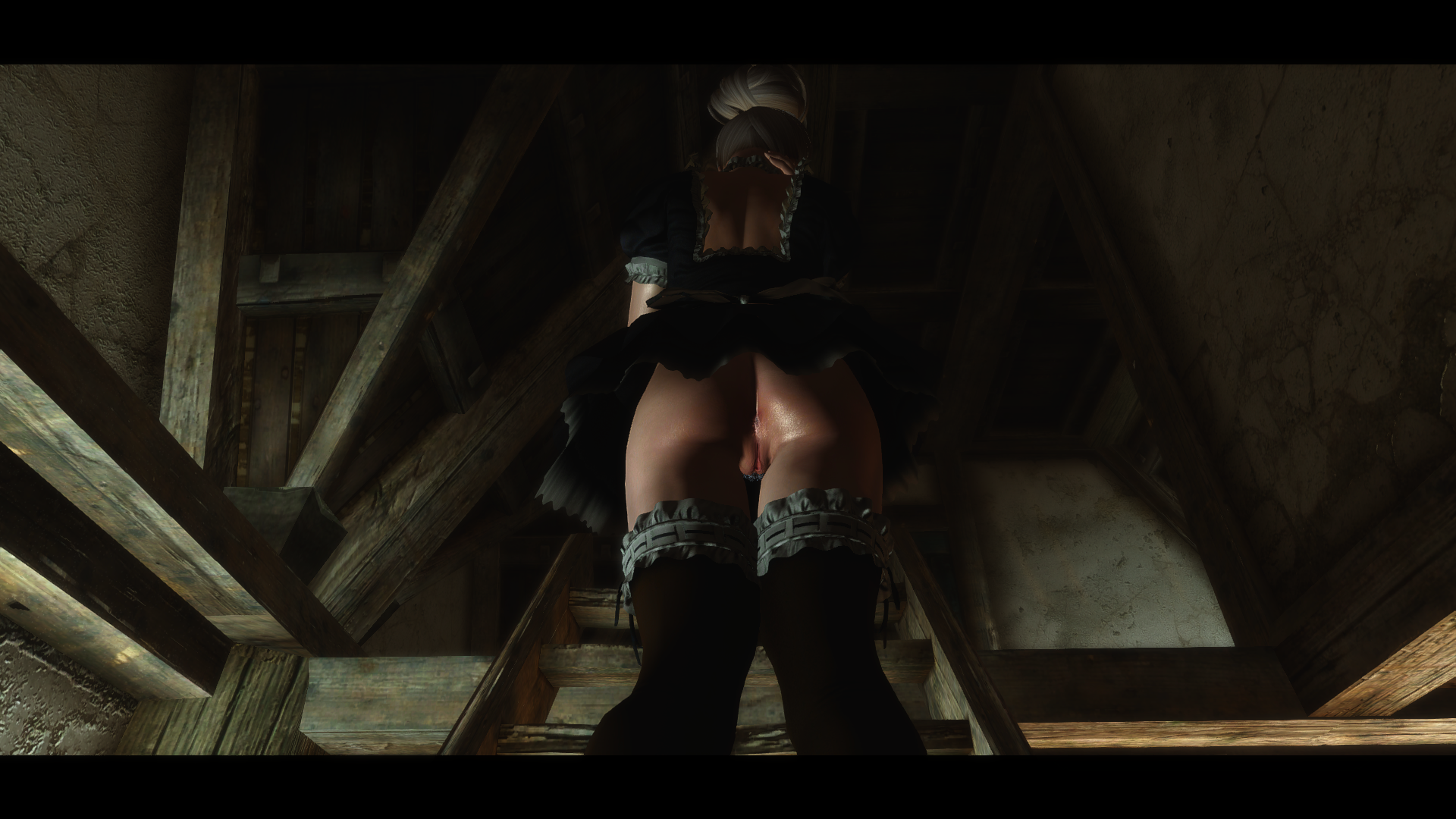 She lead me to the second floor of the Inn.  She took lead and so I had the best view of my life going up the stairs behind her.  Too bad Viagra was not invented yet, otherwise I'd be all over that to destroy what my eyes have seen. huehuehuehue BRBRBR

Maid : " It is this way, Nobody comes up here except me and sometimes Saadia.  But if she does find us we can just make her join in and you'll have even more fun."

Maid : " If you are that uncomfortable then we might as well not do this. " 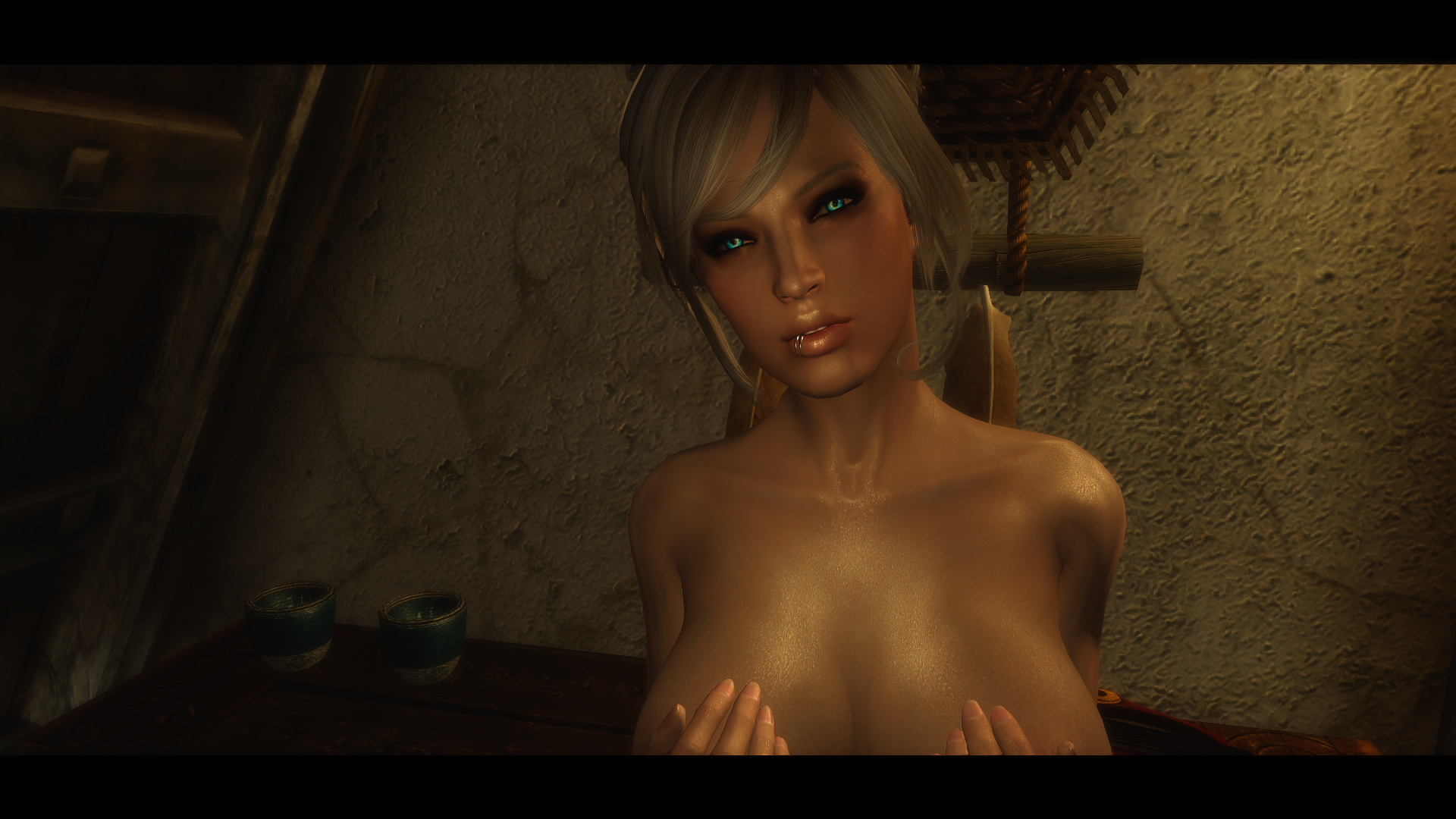 (I'm not sure why this one is smaller.)

Maid : " Well Dovahkiin, I don't like foreplay.  In this time era, you can kinda imagine the amount of smegma on a man's cock, so Let's just get to the fun part where I am on top."

Dovahkiin : " I IMPLORE YOU TO RECONSIDER!"

I'm Looking for a partner

Someone who knows how to ride

Without even falling off"

Takes me to my Limit

Girl when i break you off

I promise that you won't want to get off"

Ride it. My Pony.

Come and jump on it."

Ride it. My Pony.

Come and jump on it."

(Btw, I used a link to update the GIFs, if it is no longer visible, view them in the attachments) 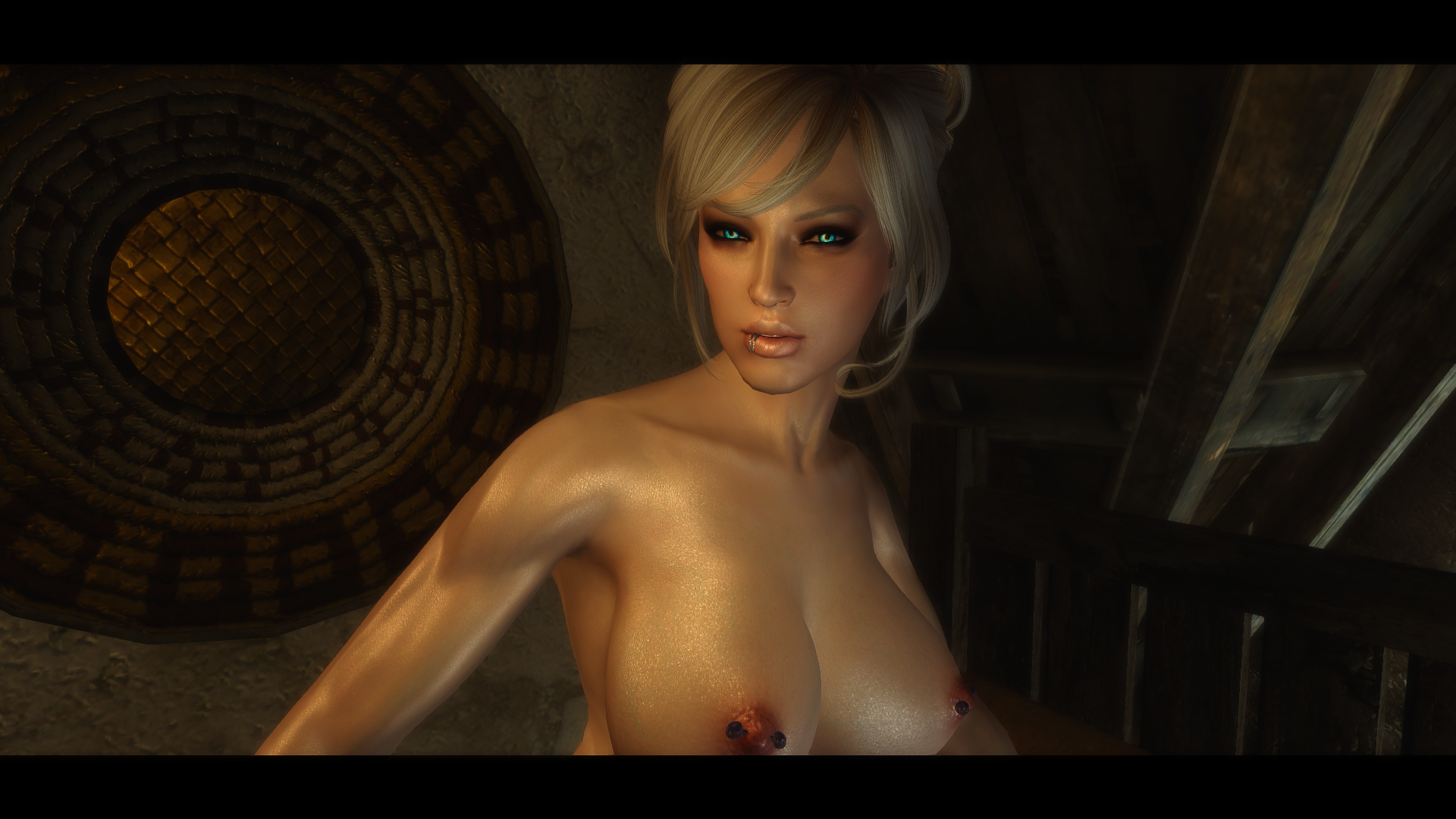 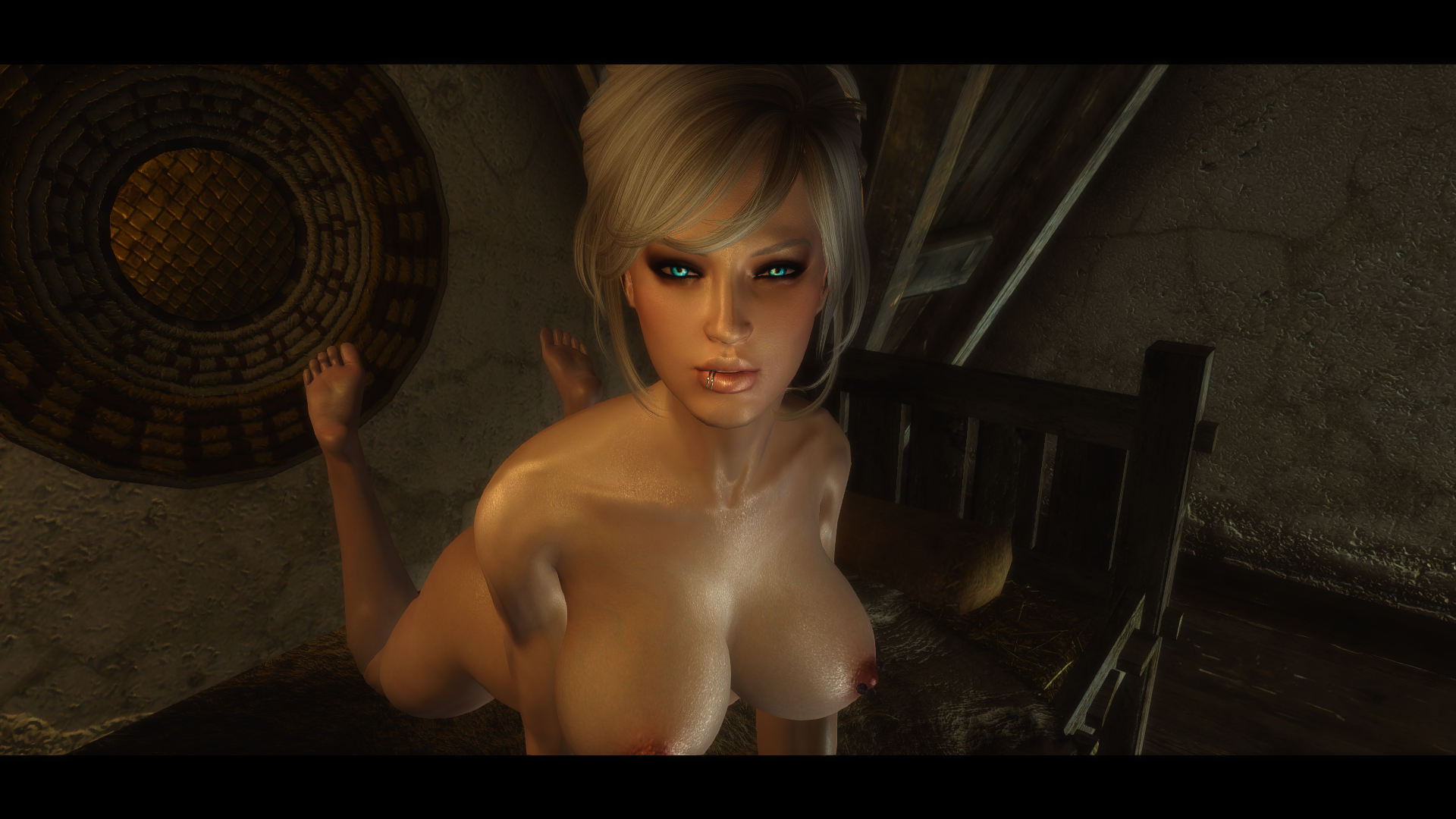 Dovahkiin : " Fine. But I'm taking control this round. " 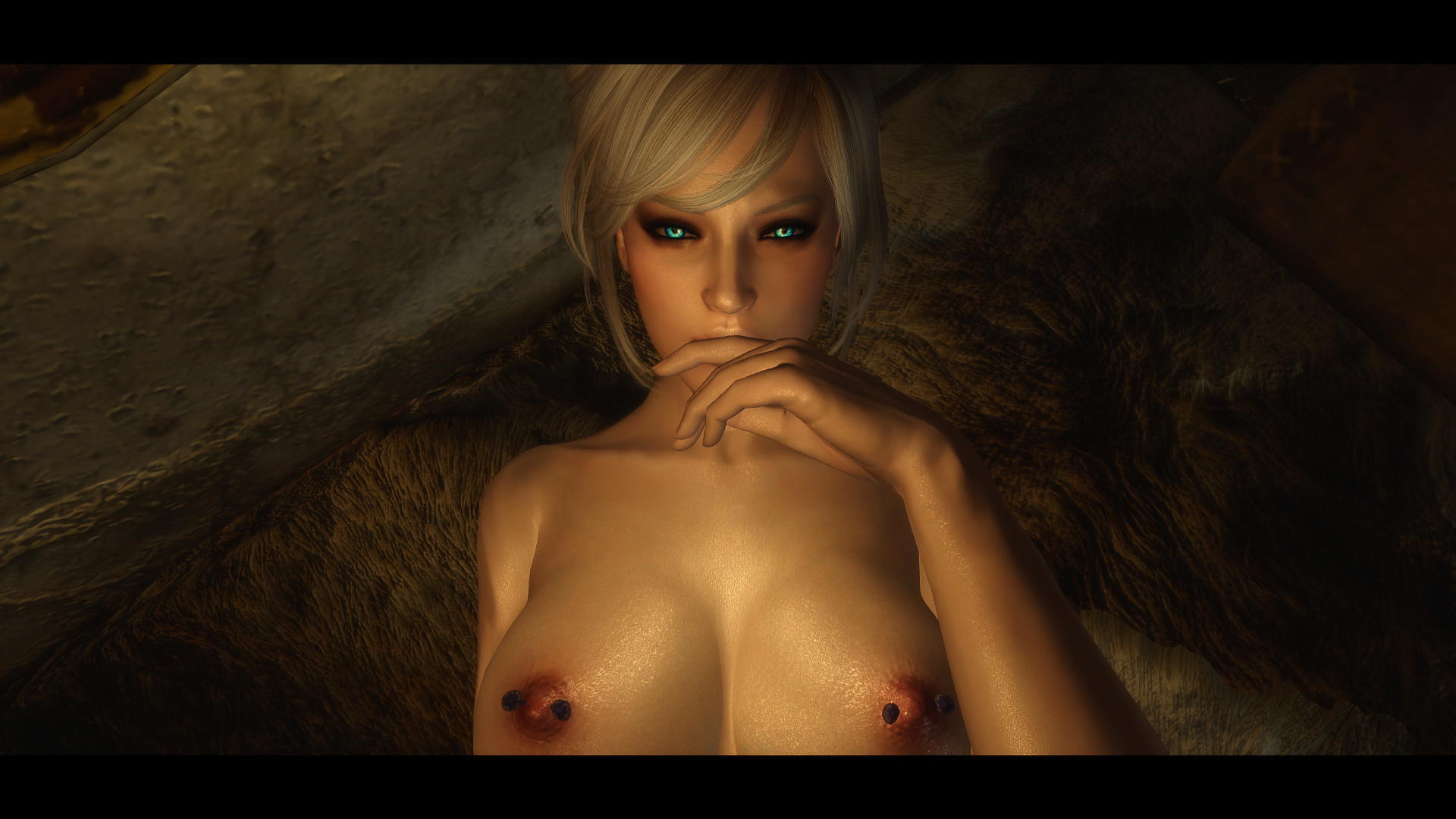 So the two had sex for a long long long time, and the Maid soon became the Dragonborn's Bitch. Maybe I'll make a story on that, but until next time, thank you for reading this shitty blog and I hope you fapped your way here. :D