After Lord Harkon showed Leandra how to controll her new form of power she remained in the room where she prayed to an altar of Molag Bal. While she did so she suddenly heard a voice in her head.

The lust for power 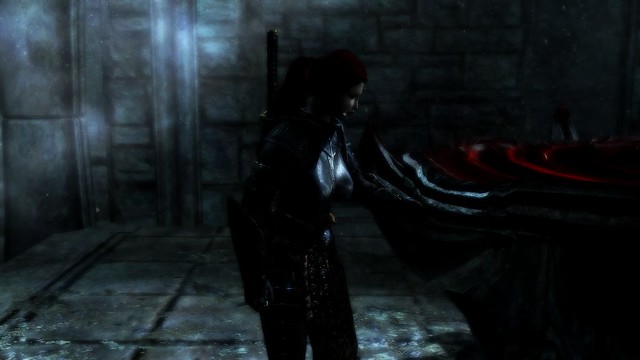 Touch the altar and you will be more powerful. More powerful than Lord Harkon or everyone in his court. You will be my knight. The voice said.
Leandra was convinced by this. She could feel the power within her but knew that she wasn't as powerful as the rest of the vampires she touched it. 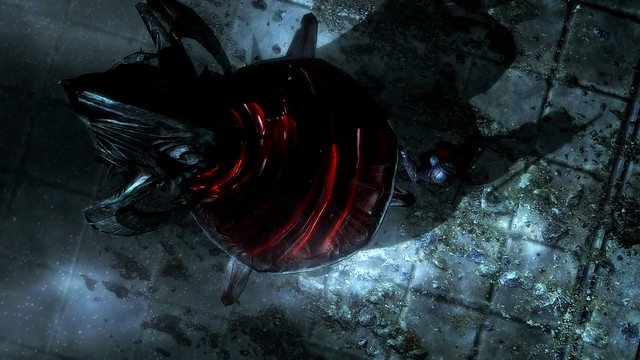 She felt like she was drawn into the pool of blood. After that she fell unconcious. 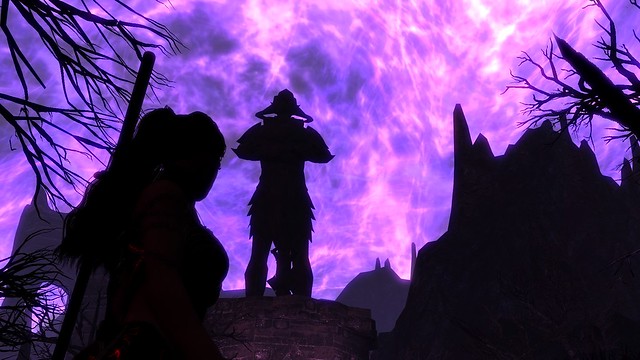 She woke up in a place she had never seen before and with a new armor. What where am I? She asked herself. This doesn't look like any place in Skyrim or Tamriel. Wait is this a statue of Molag Bal? Am I in his realm of Oblivion? In Coldharbour?
Ah you're fast. The voice began to speak. Faster than most who wander in here to become my knight. They realize it when I tell them but you... you're special. Go on now! Fight your way to me and you will be worthy to be my knight. 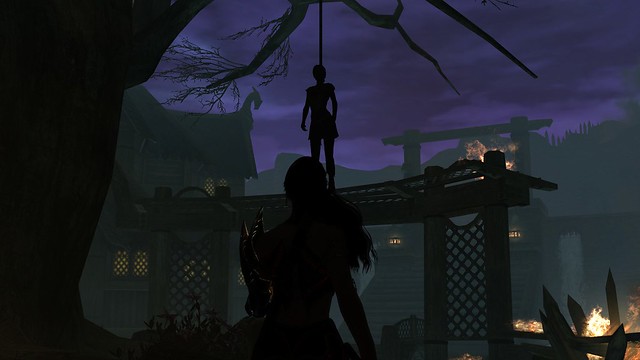 She travelled through his realm. It was a destroyed Tamriel but Leandra was just in his province of Skyrim. She arived in Whiterun where everything was destroyed and everyone was dead or insane. Do I know this person? Leandra was afraid that she may did but at a closer look at the hanged woman she figured out that she didn't. Gods what is this place? AHAHAHA your pathetic gods don't have influence here! Look to your right and tell me what you see! Molag Bal ordered. 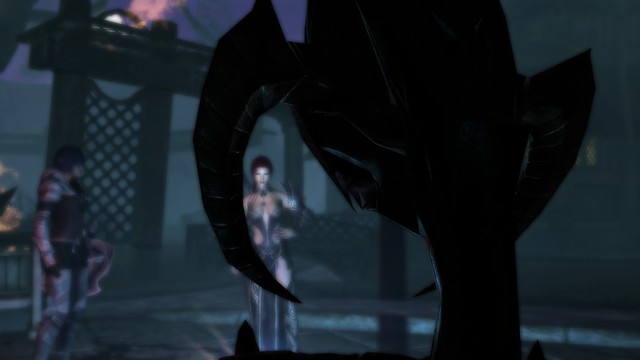 A statue of Talos and a shrine to your honor at the feet of the statue where normally his shrine stands. She answered. Yes I removed it. The Aedra don't have influence here for this is my realm! Go on! He said in her thoughts and she obeyed. Aah that's good you're submissive. I can work with that better than some rebel. 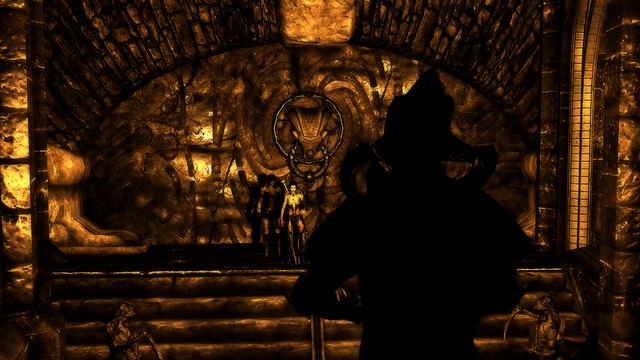 Leandra arrived at a huge statue of Molag Bal with an offering circle in front of it. Kill your helper. Let her blood flow in the circle and bath in her blood. Then you're one step closer to become my knight. He said to her. Leandra did what her ordered. After that the statue became alive and raped Leandra unti she passed out. 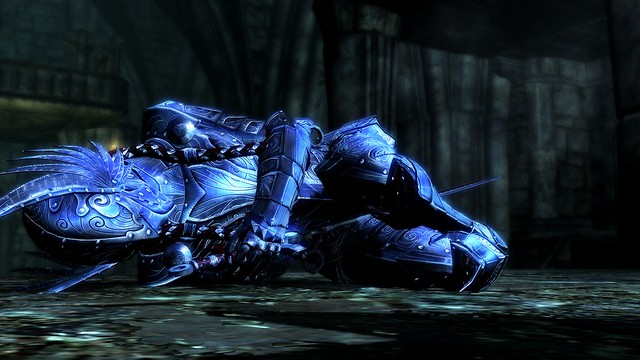 When she woke up again she was in Castle Volkihar again with a new armor and a new sword. She thought about what happened to her and she couldn't stand it. 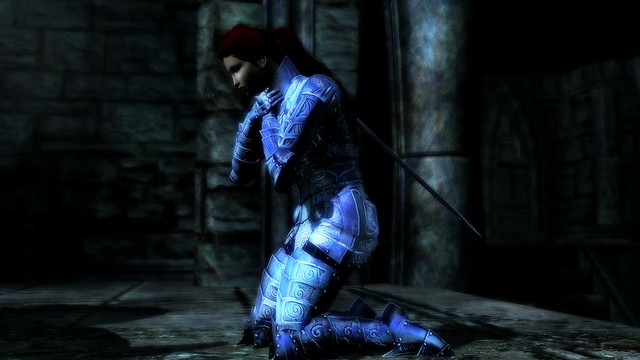 She retched at the memory of what Molag Bal had done to her until a man approached. 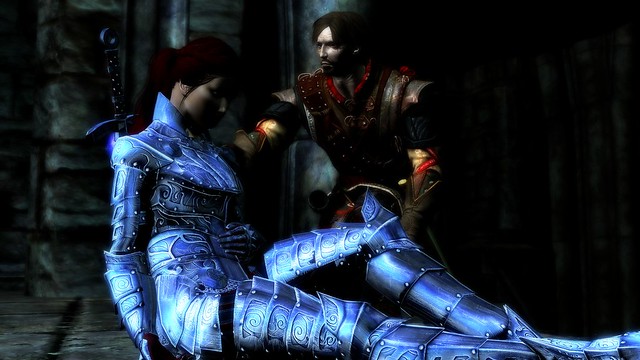 It was Molag Bal, wasn't it? He asked. Don't worry it's over now you're a pure blooded vampire and a knight of Molag Bal.
Who- who are you? Leandra asked weakly. I don't know you. I'm a vampire like you. My name is Neor. He answered. I'm Leandra. Thank you for helping me. Suddenly his voice changed. It was Molag Bal who talked to her. You know he was wrong when he said that this would be the end. You need to do one more thing. They were at a platform now with torches at every corner. 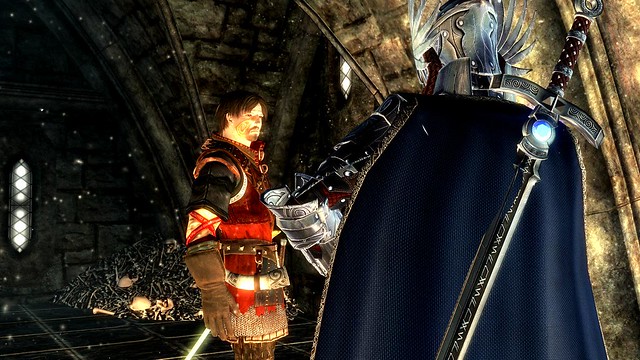 Now strip yourself and bend over it won't be that bad if you obey. He said. Leandra sighed and sat down. 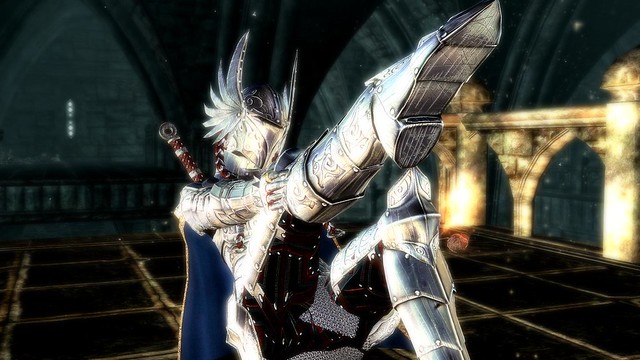 She put off her boots and her helmet. 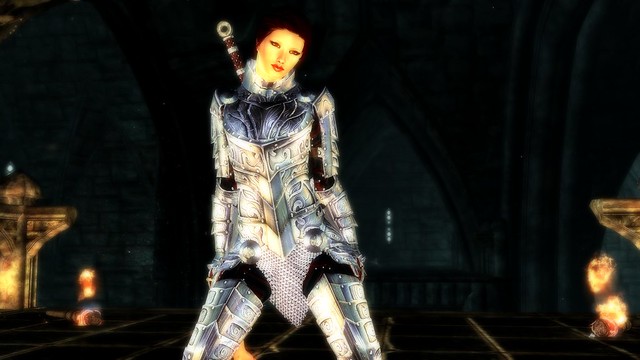 I won't put off my armor and my gauntlets. She said with a rebellious tone in her voice. I GAVE YOU POWER, THIS ARMOR AND THIS SWORD AND THIS IS IT HOW YOU SAY THANK YOU?! Molag Bal shouted. THEN I WILL HAVE TO TAKE IT BY MYSELF! He casted a spell so Leandra couldn't move took her armor, gauntlets and sword and threw it to the side. 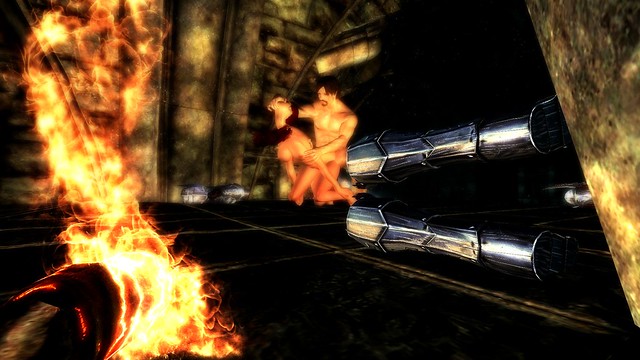 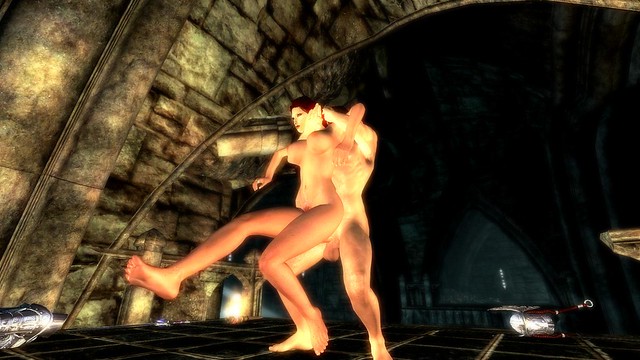 After that he took her lifted her and choked her. You -nghh- know if you didn't want this you should have just bent over. He said as he increased the pressure on her throat. And now just stay still. 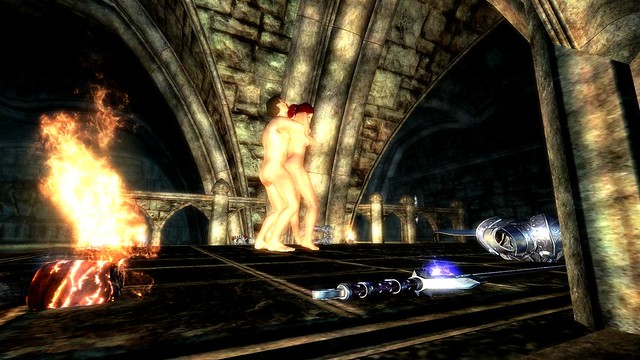 Leandra nearly fell unconscious due she couldn't breath. Molag Bal decreased the pressure again since he wanted her to experience this. She could feel him coming again inside her. How do you like this, huh? Ah right you can't speak unless I allow it! He said. 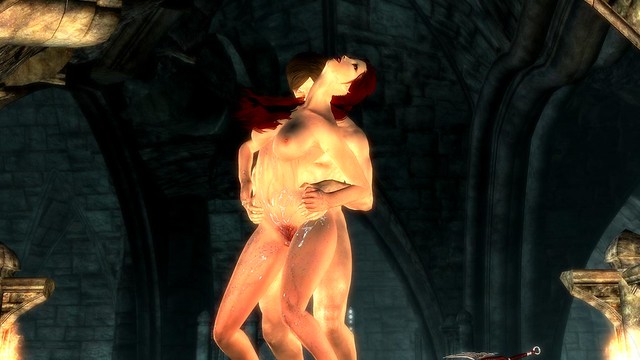 I can't take this anymore. She thougt and pleaded to the gods but they didn't help her since she was a vampire. Molag Bal now feasted on her blood while fucking her. You know now you can't resist me I've came inside you and drank your cold blood. You're my loyal knight now! He laughed and let off her. She lay on the ground for three hours until her strength came back and she cursed her lust for power.

I hope you enjoyed this chapter