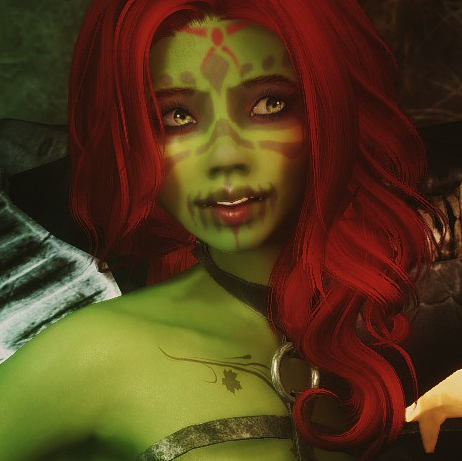 Hardly anyone in Tamriel has ever seen her. Most dare not even talk about her. Some say that she sprung from the womb of a sacrilegious union by Dibella and Hircine. If Hircine really was her father or mother or what ever you would call him/her/it if he/she/it had a child, it/she/he wouldn`t be very proud of Fiora. She loves all animals and wild creatures out there and couldn`t do any harm to them unlike her daedric creator. For the most part she is like Dibella. What ever is crawling throgh the undergrowth, she loves it. 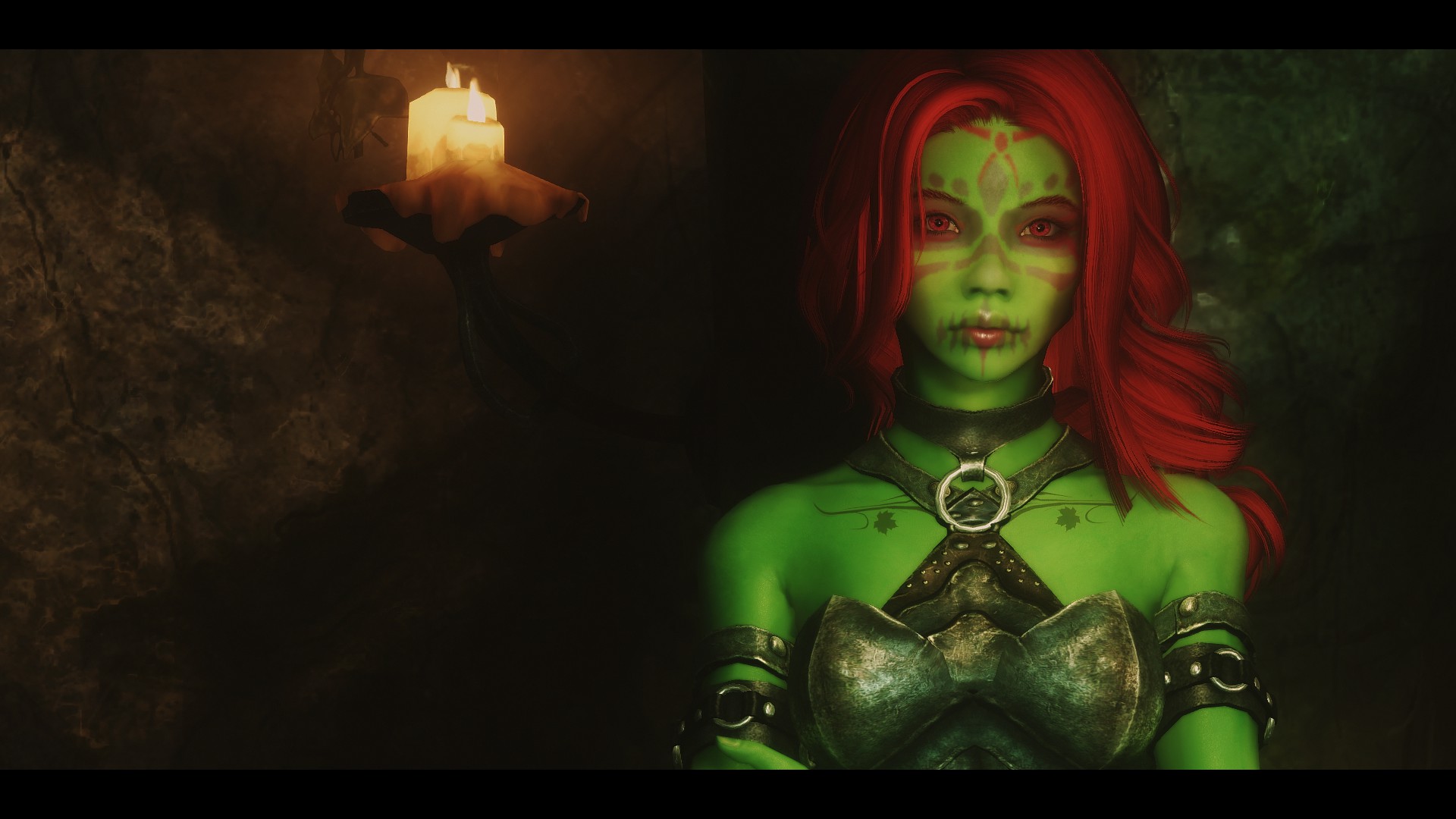 For an immortal being she is very young and unbridled. She dances with animals, ghosts and other creatures throgh the woods and sings obscene songs about messy things of all kind, things many people wouldn`t talk about in public. That`s the reason why most people like to think about her in public and imagine how she prances over green grass, with her beautyfull, dainty body while a lot of dirty words slip out of her mouth like candy. Many times there is more than only dancing and singing dirty things. Some times there are even more messy things going on in the forest than anyone wanted to think about. Fiora thinks about those and she translates them into action. 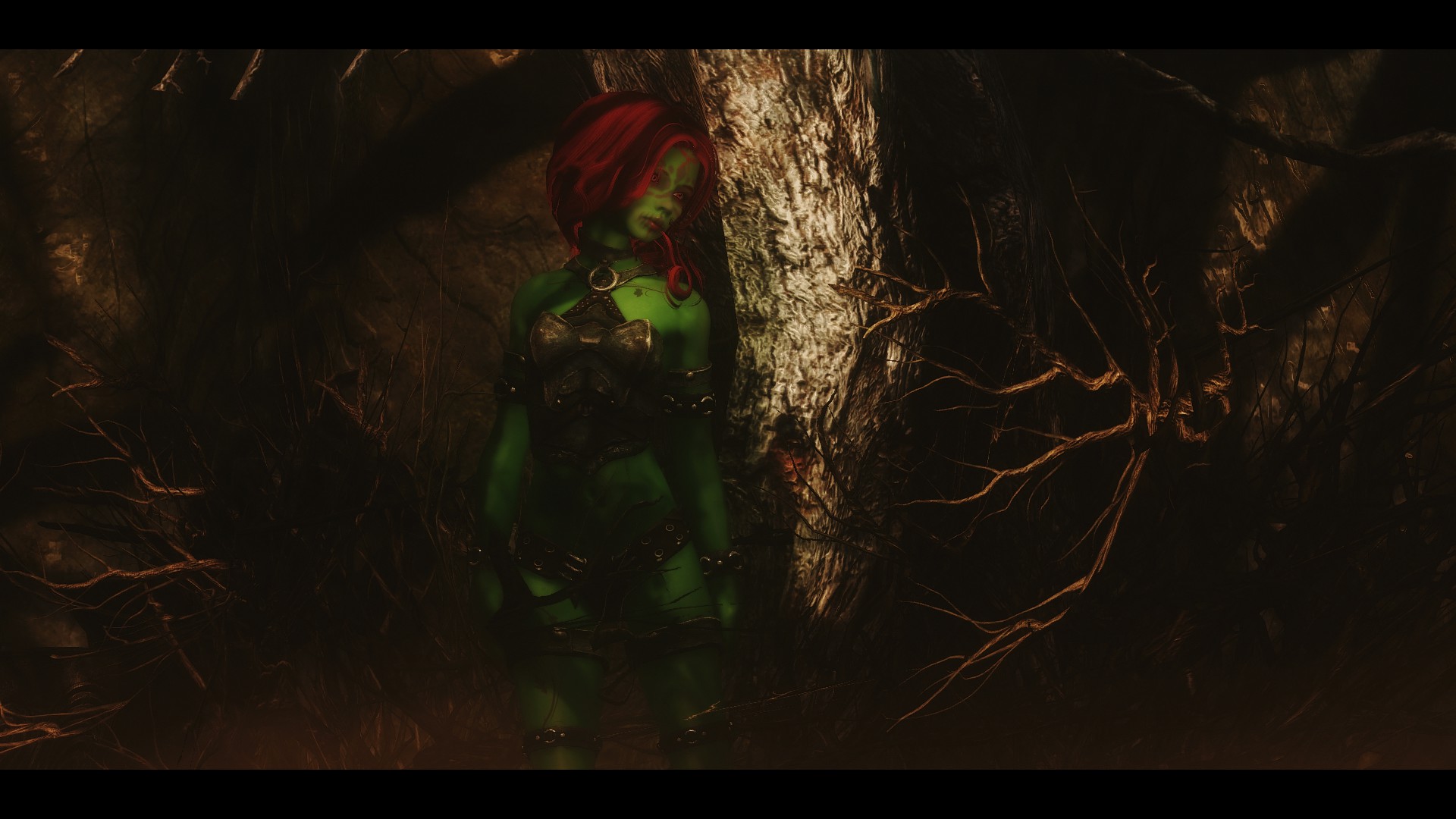 Besides all magic and dragons, humans and mer can`t imagine her to be real. Nobody knows if she is real or anything about her. She herself finds, that all the rumors about her are understatements. If those mortals knew how she really is, they would make it a punishable offense, to even talk about her. Even Sheogorath invited her to one of his partys. Sanguine wanted to "have a drink" with her and Molag Bal wanted to show her his personel torturepit. They all were dismissed. Fiora doesn`t care much about daedra or aedra. The mortal world is her playground and sometimes she wishes to be mortal herself, just to feal real pain and fear of death. 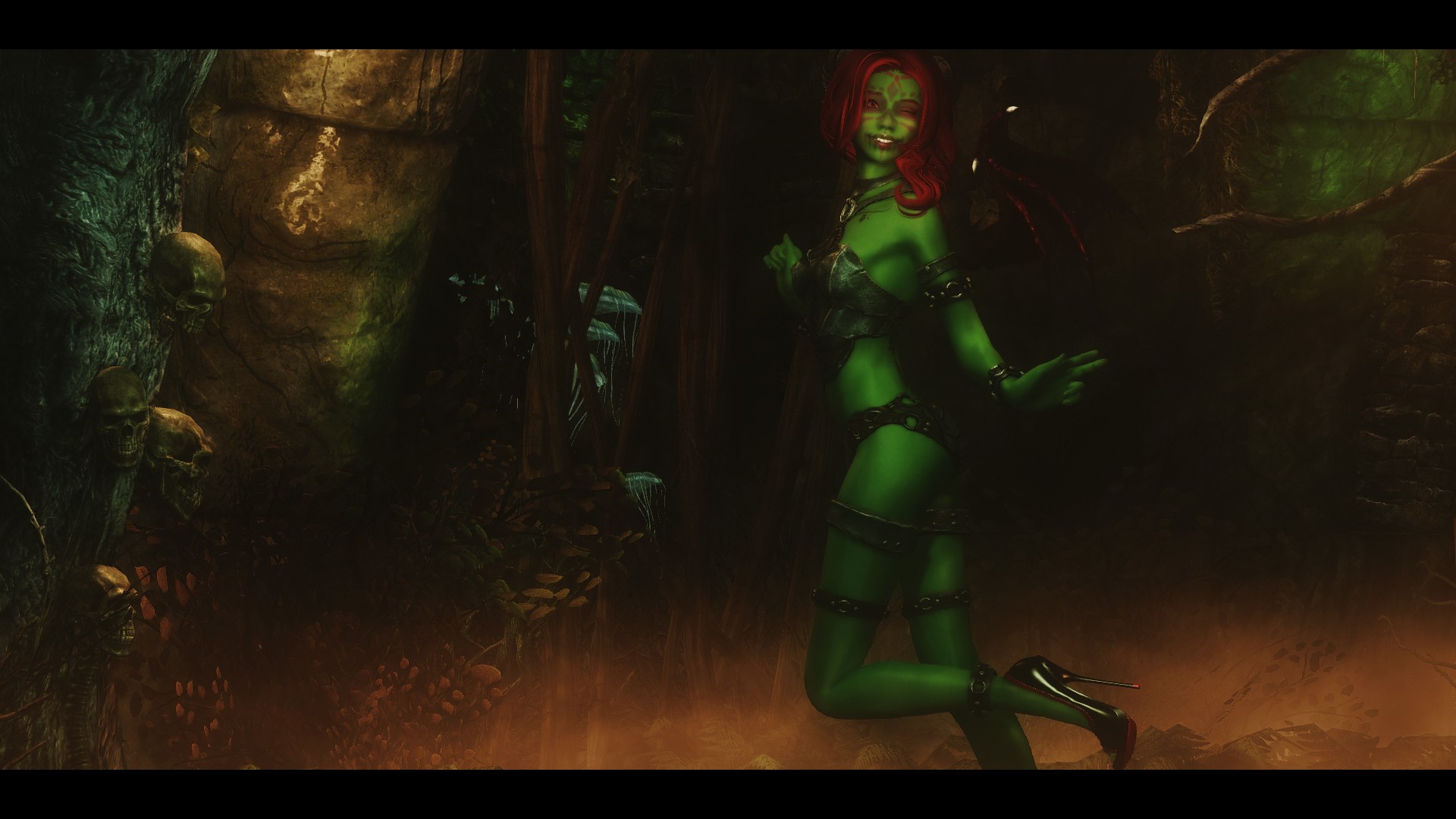 Of cause, that doesn`t stop her from using her superior powers like shapeshifting and traveling throgh different worlds and universes in no time, just for fun -and shoes. One day she visited a strange world where people had magic, colorful metalboxes that could take them very fast from one place to another, with the power of hundrets of horses inside that box. There she found the second best thing of all univeres and worlds. The best thing after nature: Shoes with ridiculously high heels. When Fiora left that world, she took an insane amount of those with her, though at home she couldn`t really find a nice place to put them all. 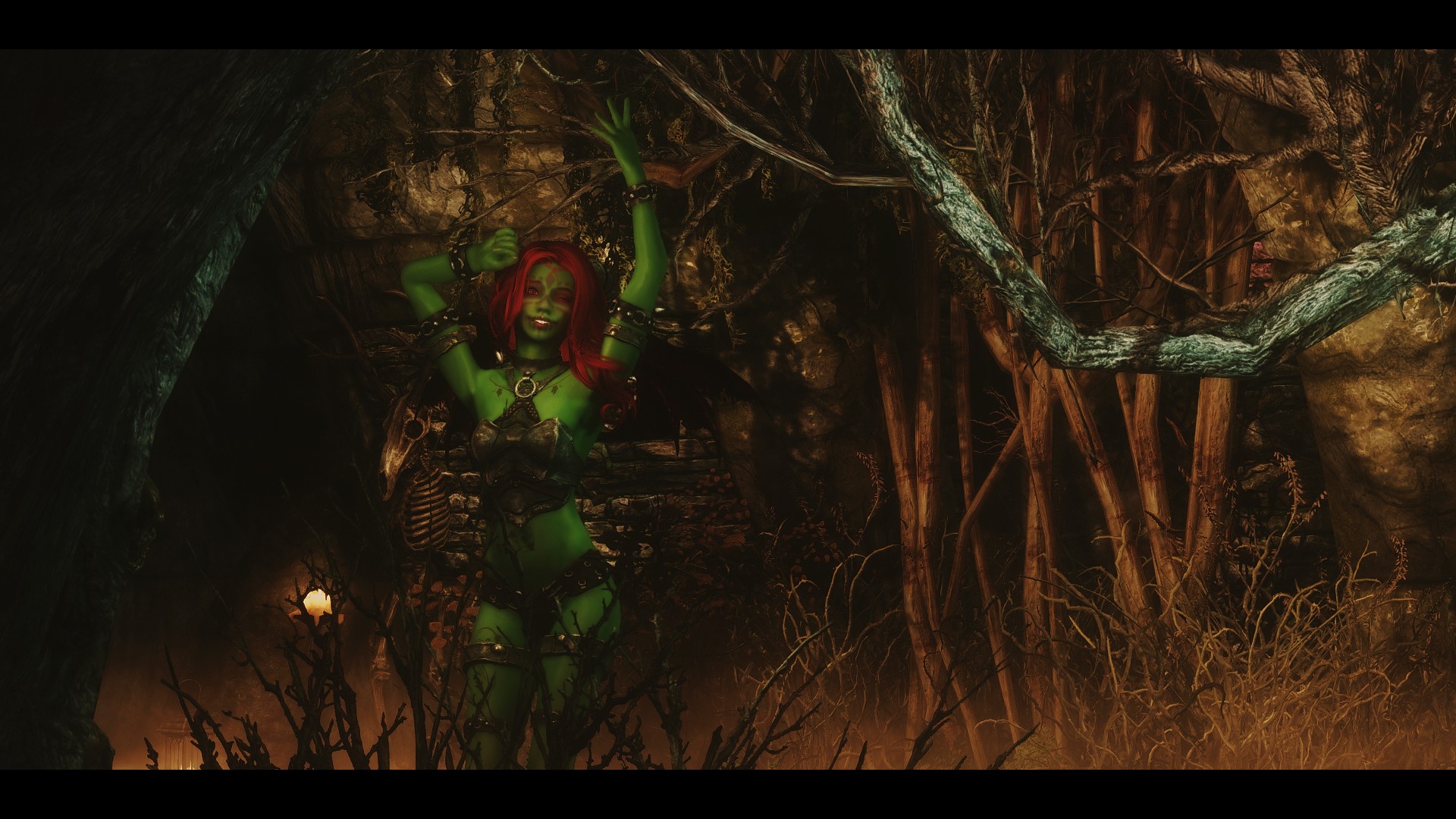 The first best thing in her existence: nature is part of her essence and somehow she is a relevant part of the origin of all sorts of life in tamriel. But how was she involved in that creationprocess one would ask. She would answer: There are many ways and many of them you wouldn`t understand or you would close your eyes and wish it was over if I`d show you, but if you want to watch me, I don`t mind... 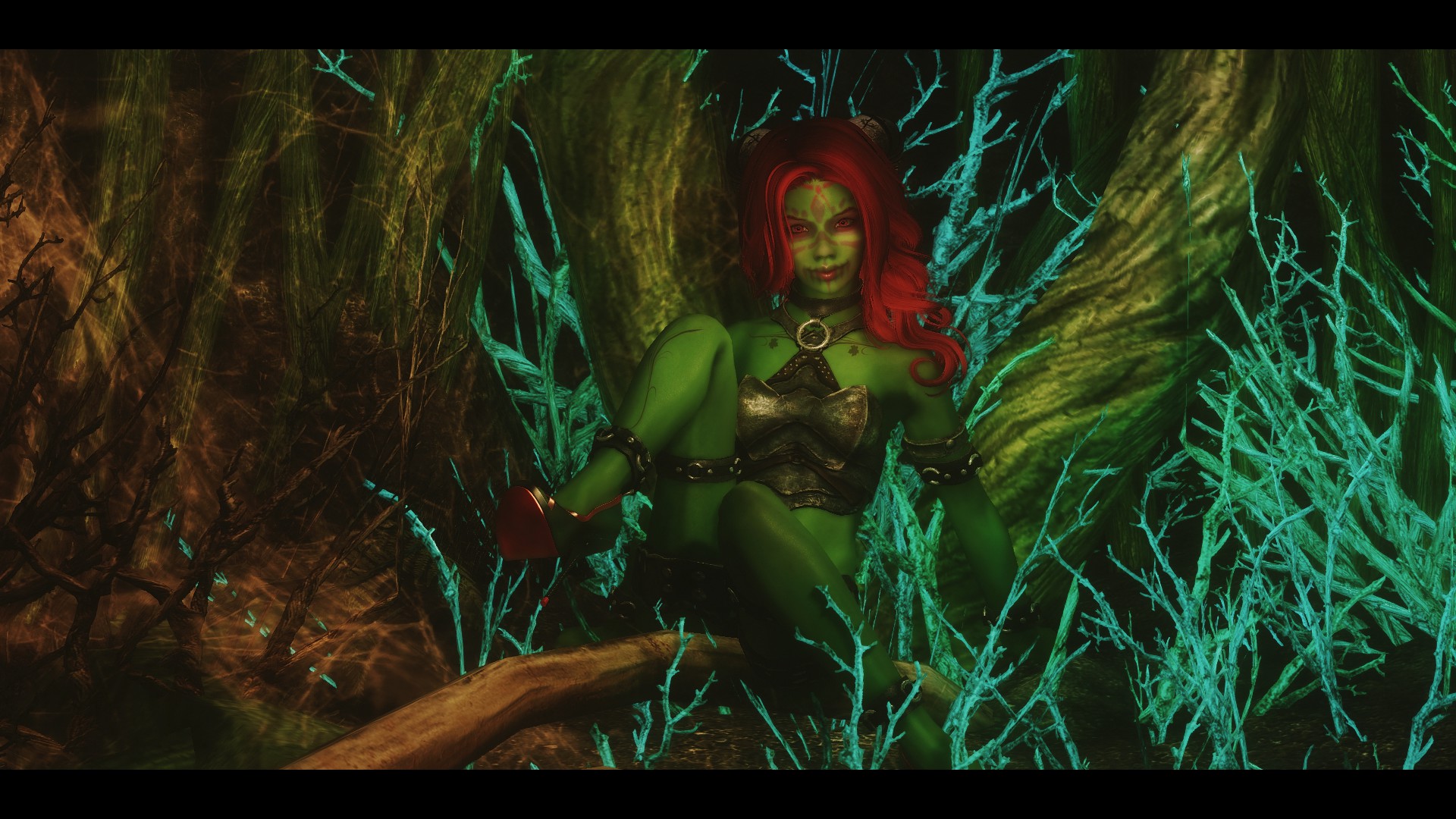 And that is what most people see when they dream about Fiora. Her, doin nasty stuff with some filthy creatures, not seeing that she is part of an important, natural creationprocess. Those mortals, Fiora tells herself, they only think about one and the same. Of cause she knows how her interactions look like for mortal beeings. And that is why she intentionally shows up in dreams of them, preferably in dreams of male humans and mer.

Their reaction while sleeping is more measurable...

and Fiora likes to see the fruits of her labor and even more to see things grow. 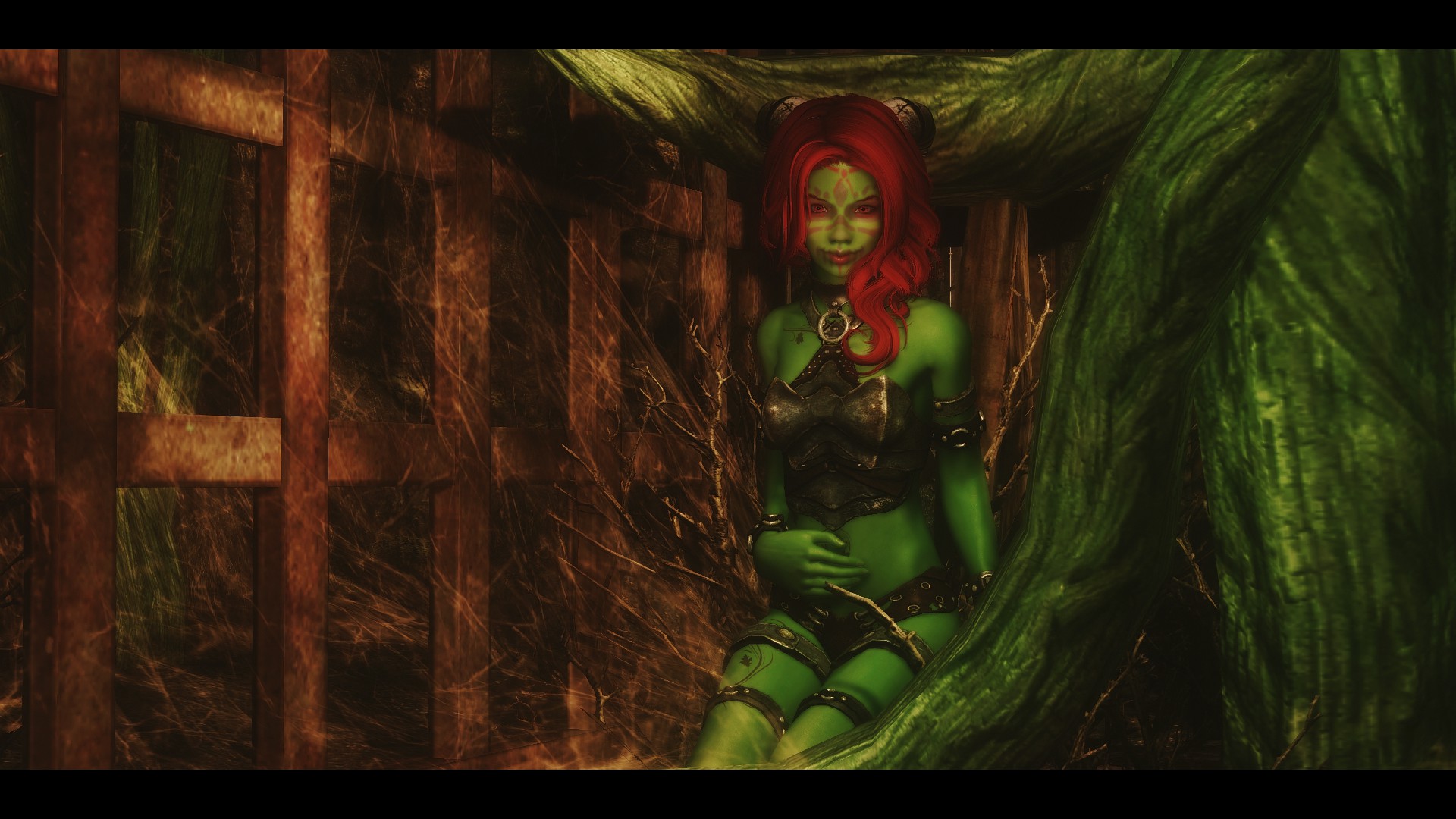 Speeking of growth, once her hunger for "creativity" has grown bigger and bigger until hircine stoped her. She was locked in chains and thrown into a deep dungeon where she was inprisoned for a while, unable to break the spell that held the door closed. For Hircine, Fioras mischief wasn`t the only reason to capture her. The daedric prince wanted to spend some time with the family. Dibella knew that day would come and the only reason why she came to that "familymeeting" was to keep Hircine away from her daughter. After an exhausting familydispute of apocalyptic proportions in which it of course was not about the child's welfare, Dibella and Hircine had make-up sex while Fiora left that meeting unnoticed. 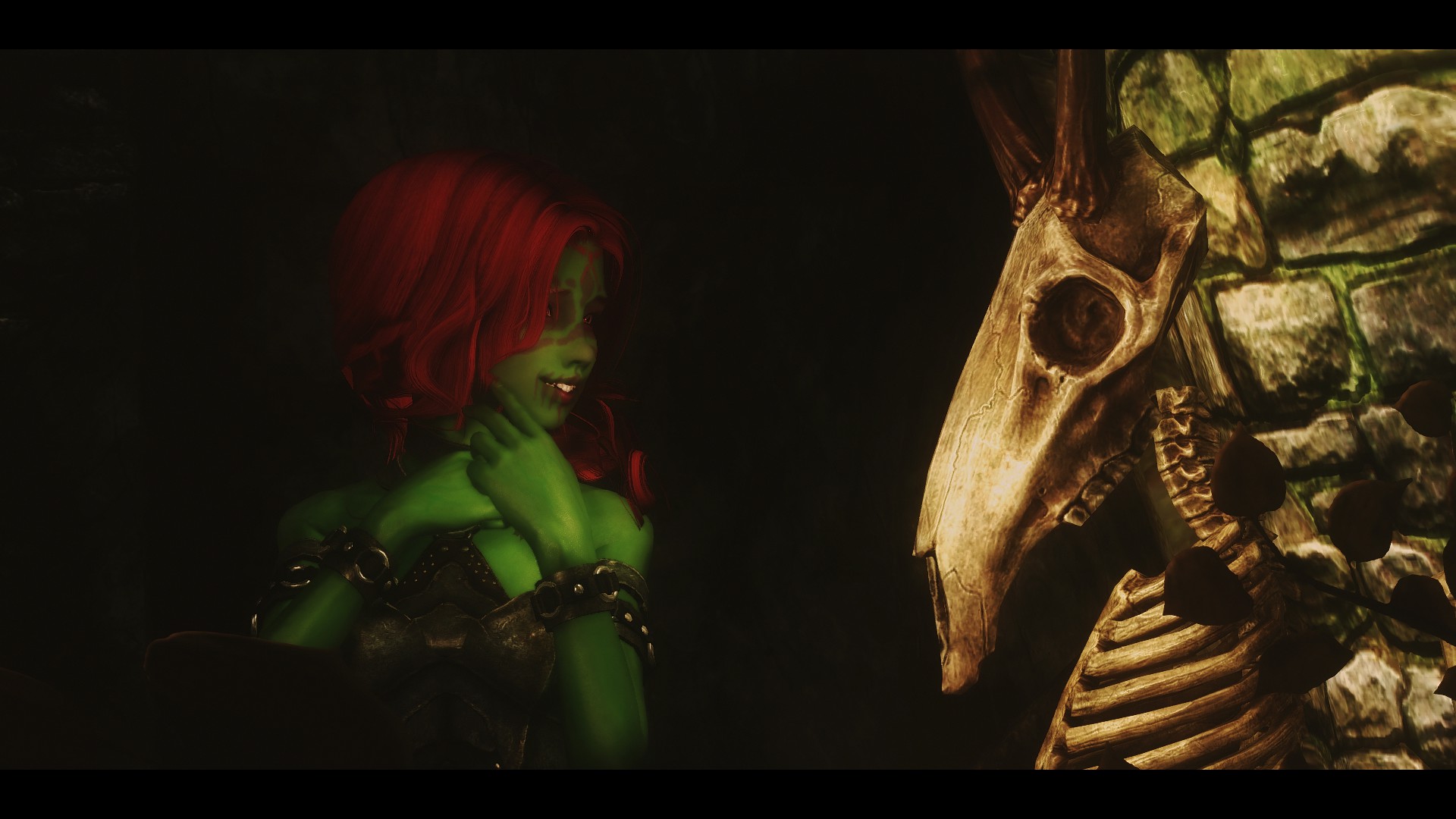 Free again, Fiora at first had to release some -for her curcumstances- "long" held back needs.

Wildlife of Tamriel has never been that wild... 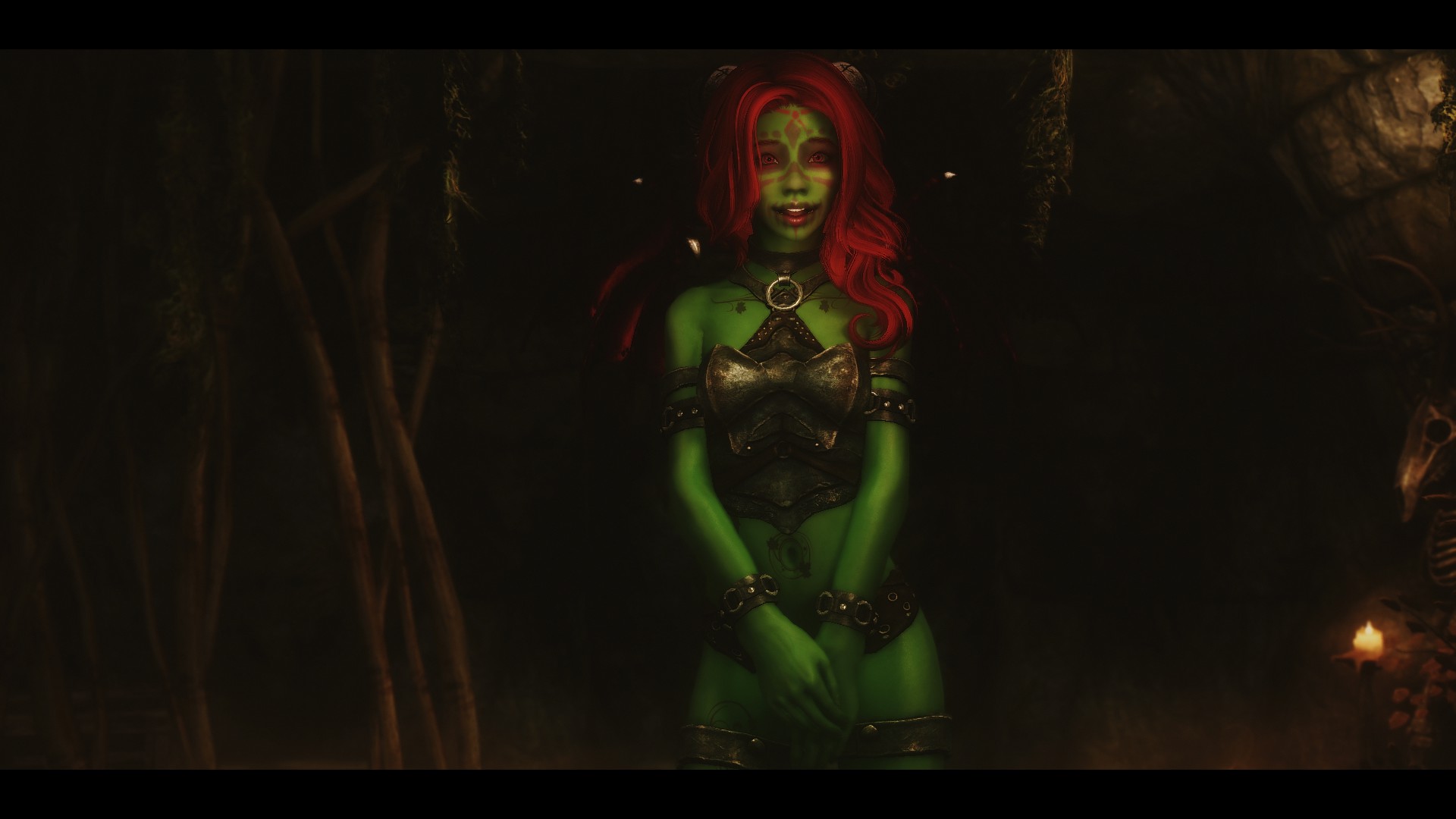 And a lot of humans and mer had measurably pleasurable dreams.Some Artist were torn from sleep by unprecedented inspiration. Some other people founded a church and confessed their sins. 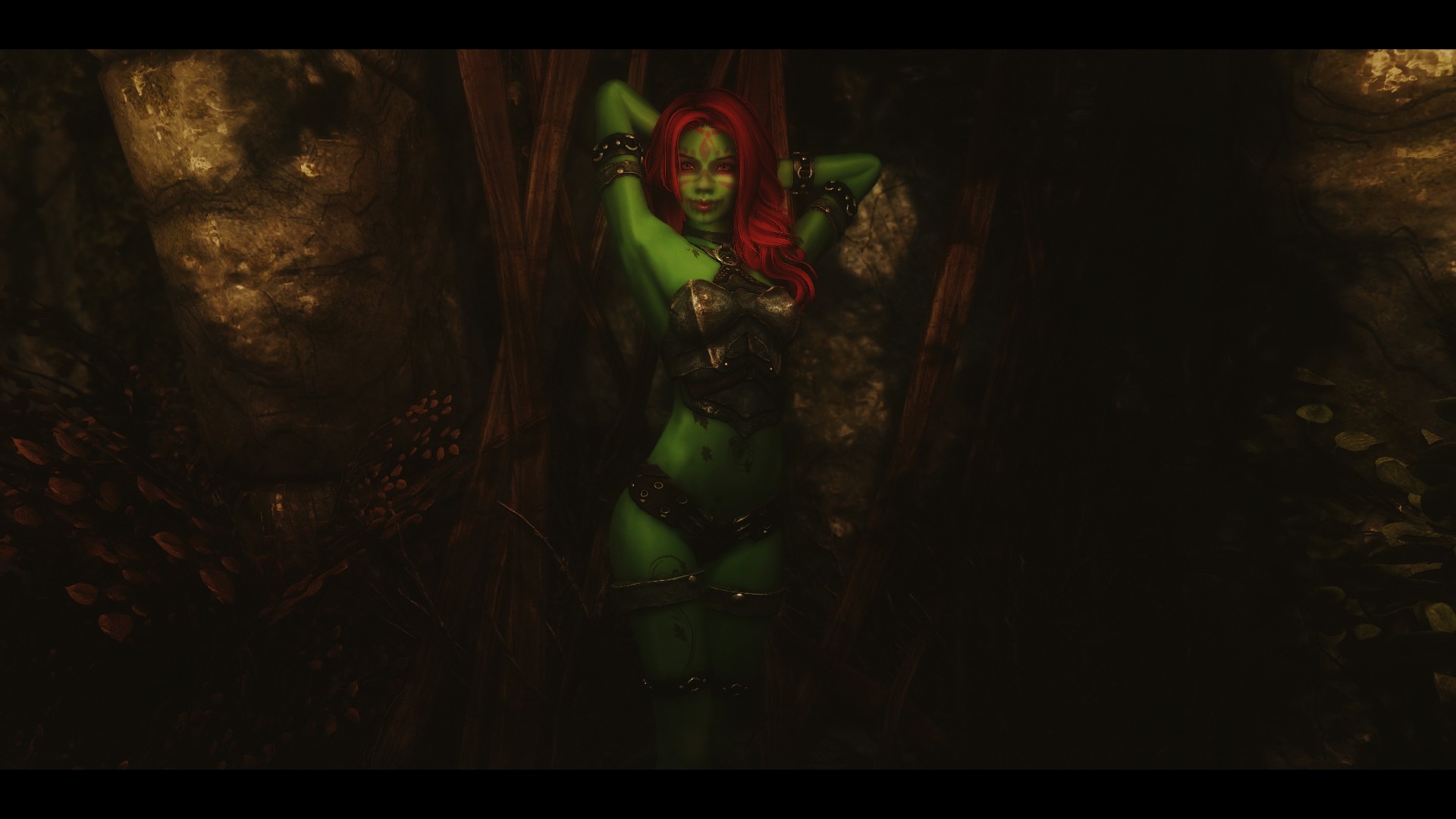 Now Fiora still roams throgh forests and caves and the only thing that makes her feel uncomfortable besides her daedric father, are her annoying cousins. What`s the matter with them? Maybe we`ll find out someday. 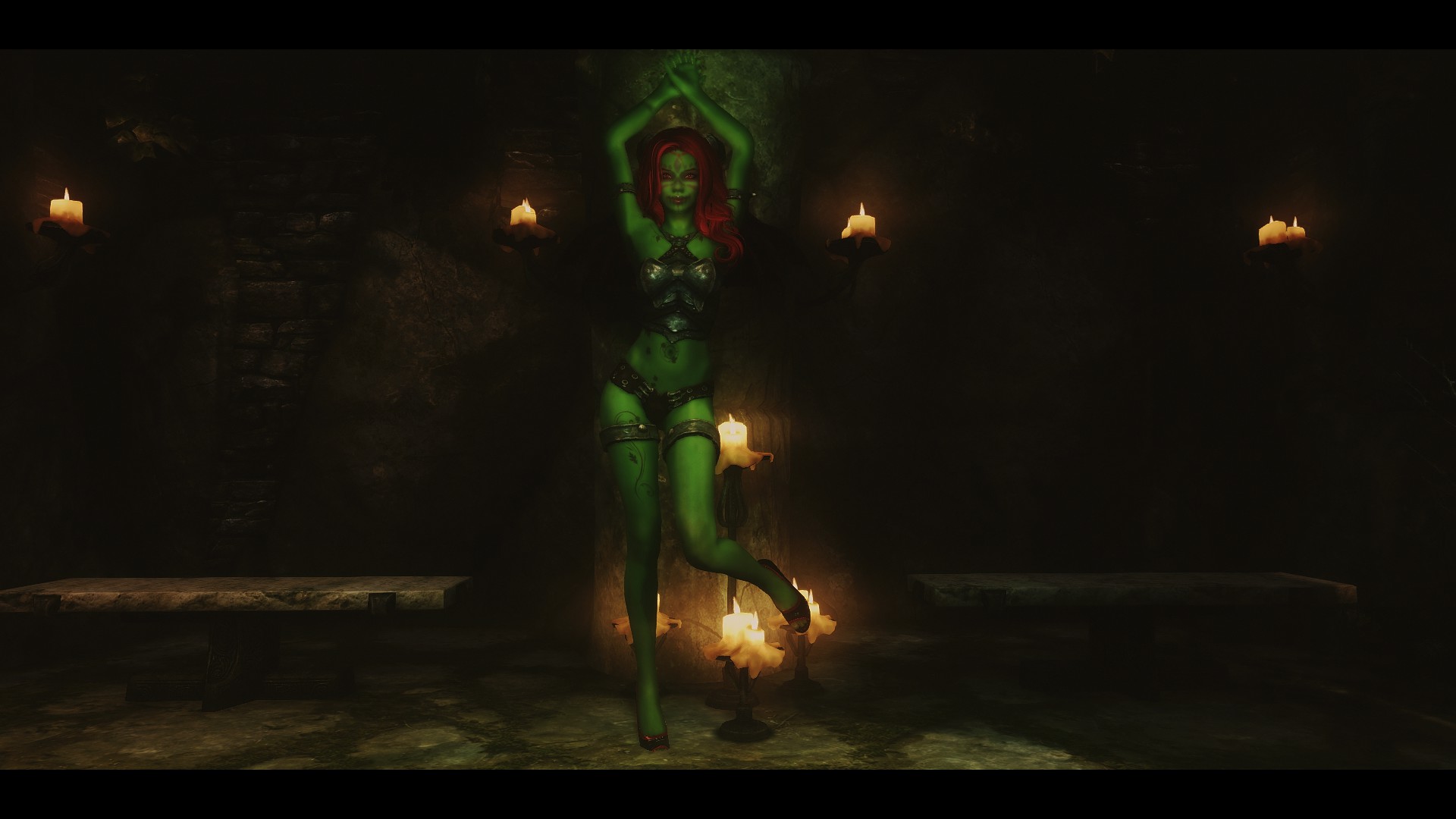 Thank you for reading and good dreams to you <3

That`s it for now for Fiora. More pics and maybe some more storys about her and other characters may follow in the near future.

I hope you enjoyed this like I did. Until next time =)