Arlimahera of Dragonstar, betrayed by her travelling companions in a foreign, savage land, and sold into slavery. The ones she thought to be her ally treating her like nothing more than Livestock, to be sent off to Alinor, the capital of the Aldmeri Dominion, the ones who subjected her people to horror and strife, all because she was objecting with their methods, objecting with their mission.

She was supposed to be sent to the re-education camps, to become a mindless, broken toy for the nobility of Alinor, but luck is on her side it seems, even as she is dazed by the drugs they forced into her, bound by a golden collars, her trusted scimitars gone. Perhaps her feverish prayers to Morwha, the Goddess of Breasts, the Queen of Bees, whose four, muscled arms allow her to grab as many lovers as she can, were listened by someone, for there was a mishap in the shipping schedules, and she is now on the road toward the border outpost of Helgen alongside some common criminals and rebels.

Once at the outpost, Arlimahera is separated from the other prisoners, the women sent to the dungeons to be used as play things by the local nord imperial soldiers, their metal and leather bikinis on men and women alike ill concealing their arousal at the new, fresh meat, as the men are sent to the chopping block and swiftly executed, their apparent leader the first to fall to the chopping block.

As she hears cries of "Do not worry Jarl Ulfric, we're sure your twin sister, Ulfrica of Windhelm, shall pick up your just and holy fight against the pathetic imperial dogs and their elven masters!" coming from one of the other prisoners, one who has tried to talk with her for the whole trip, she is intercepted by a masked woman wearing a dark, familiar robe, a Thalmor, one from a small contingent on horseback who was also assisting to the execution at the back of the crowd, the Thalmor accompanying Arlimahera down the dark dungeons of Helgen Keep, to "interrogate" her for suspected Talos worship, and if Arlimahera wasn't as dazed as she was right now, she would probably spit on the woman's face at the mere SUGGESTION she would follow a false, pathetic god such as Tiber Septim, betrayer of her people, father of the cursed empire those weak Forbearers in the south liked so much, over her great and magnificent gods, like those savage, weak nords have been doing for two centuries till now, as if she would abandon her faith for someone as awful and as ungodly as Tiber fucking Septim.

Still, the imperial soldier holding her leash relents, for sure charmed by the Thalmor's outfit, and she is lead to a secluded cell deep within the keep, where a mockery, a pallid imitation of her Goddess' statue rests, Morwha replaced by the weak and timid Mother Mora, not even the fierce and ravenous She-Wolf of the northern pantheon, the one old man Wulf was always going on about back in Dragonstar, where the misfits and the rejects of the empire always gathered, the ones worshipping those gods deemed unworthy to worship in the "civilized" lands of the empire.

And Arlimahera thought her name was fucked up, named after a long dead queen from the second era who united Hammerfell under her iron fist alongside her pious Forbearer wife and their shared boy toy.

They are alone now, all alone, the soldier having left to get to the "training" of the new "servants," and the Thalmor bitch starts speaking in tongues to her, and Arlimahera has spent enough times in Elinhir to recognize a curse of mind control when she hears it.

With her last remaining strength, Arlimahera breaks her shackles, startling the Thalmor mid incantation. Before she can call for help, she is on her already, slamming her against the ground, one powerful, dominant hand already on her throat, squeezing, choking her, and Arlimahera can't believe the wanton moan coming off of the Thalmor bitch as she does so, a wicked smirk coming on Arlimahera's lips at the sound.

She strips her of her robes, her mask, revealing the woman's sharp features and perfectly coiffed hair, yellow cheeks tinged red with shame and lust as she is so thoroughly dominated by the dark skinned woman. She grunts out a threat, but is lost by her moan of pleasure as Arlimahera's fingers pinch her exposed clitoris.

"Guess who's gona be who's dog tonight, bitch?"

It's risky, but the imperials are probably not going to disturb her for a while, knowing the Thalmor Bitch is supposed to "interrogate" her right now, enough time for her to give her a taste of her own medicine.

They might have stripped her of her curved swords, but at least she still has her trusty strap with her.

Next thing she knows, Psysephone is aligned with Arlimahera's thick, dark fake ebony cock, all her resistances gone as she is slowly eased down on it, as she's forced to bounce on top of Arlimahera's muscular legs, her long legs raised in the air, exposing her and her naked feet, the ones she was expecting the Redguard to worship as her slave, even as she is slowly, methodically fucked to submission, as she is taught to love, worship Arlimahera's fake cock.

After she's done with her, satisfied, Arlimahera drops the Thalmor bitch to the floor, her strap unbuckled, and as a last act of degradation, she pisses on her, golden shower on golden skin and hair, the once prim and proper Thalmor diplomat reduced to some common, strap addicted gutter whore.

Before she leaves, as she tries to undo the golden collar around her neck, maybe to stick it on the Thalmor bitch too while she's at it, the ground shakes as a terrible roar erupts across the Keep, a sound so primal and so terrible, so filled with hunger and hatred, Arlimahera is sure Sakatal himself must have made it.

As chaos descends on the keep's prisons, as dark wings soar over white skies, hunting for a Dragon Soul trapped within a Ork's body, Arlimahera finds herself alone, disarmed, in the middle of an Imperial fort filled with rebels, soldiers and thalmors, with her former companions travelling the province to enact their terrible schemes for their Thalmor's clients, ready to hunt her down at a moment notice once they find out she has gotten herself freed, and everyone knows the Sinister Seven never leave a job left undone.

She likes these odds. 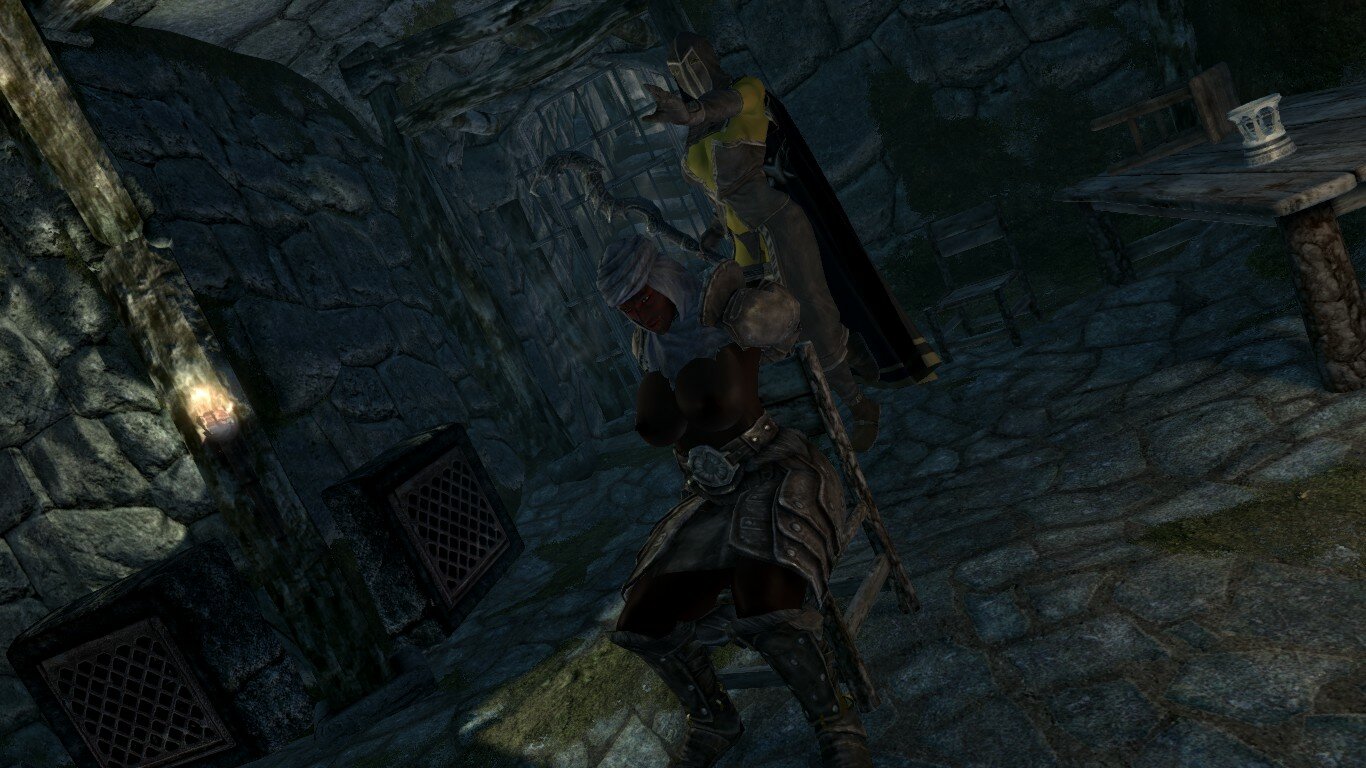 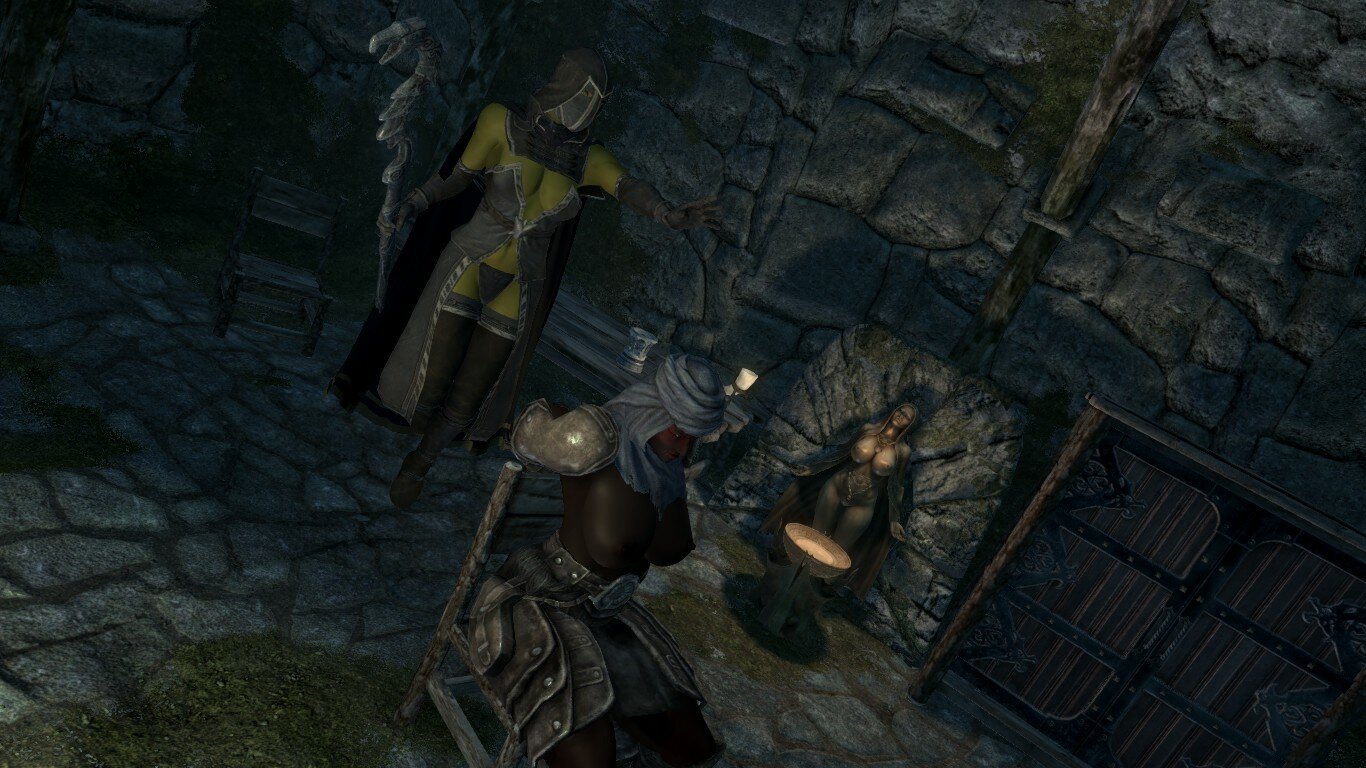 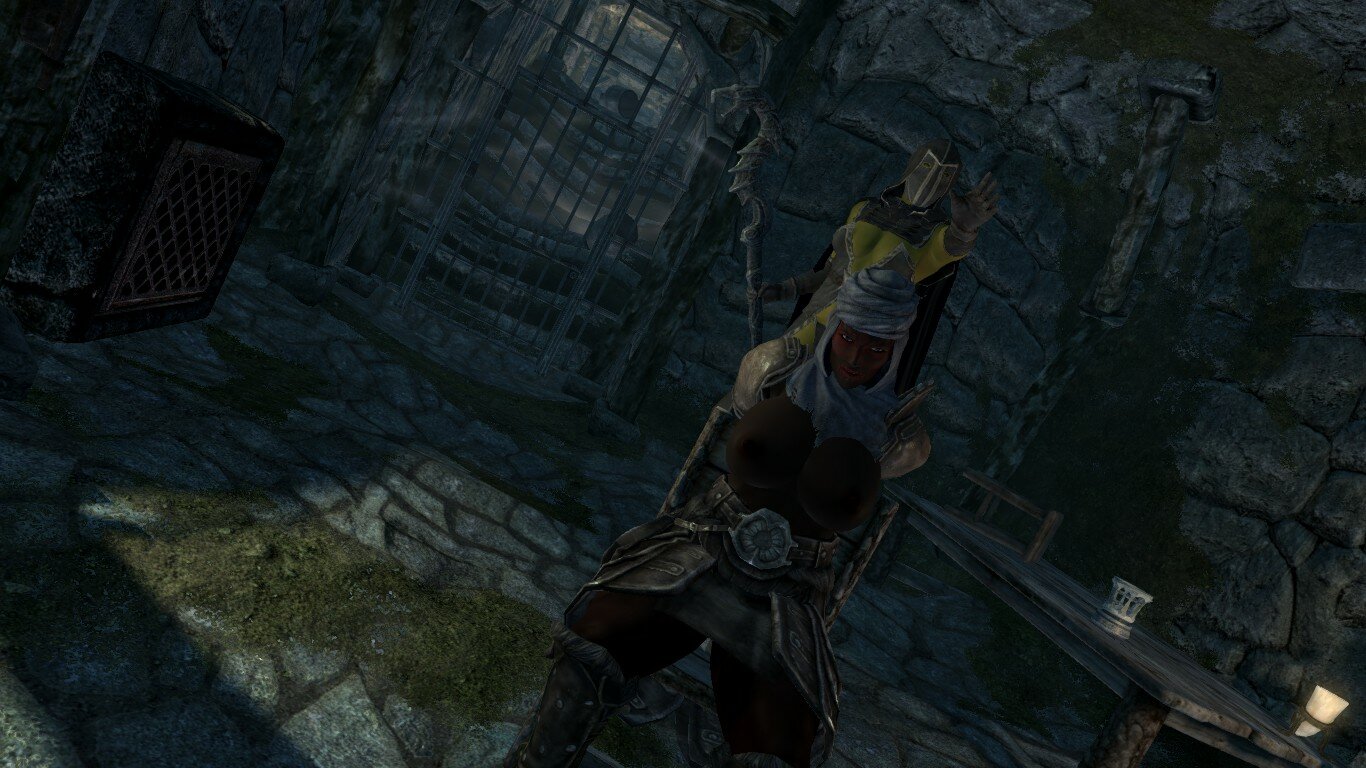 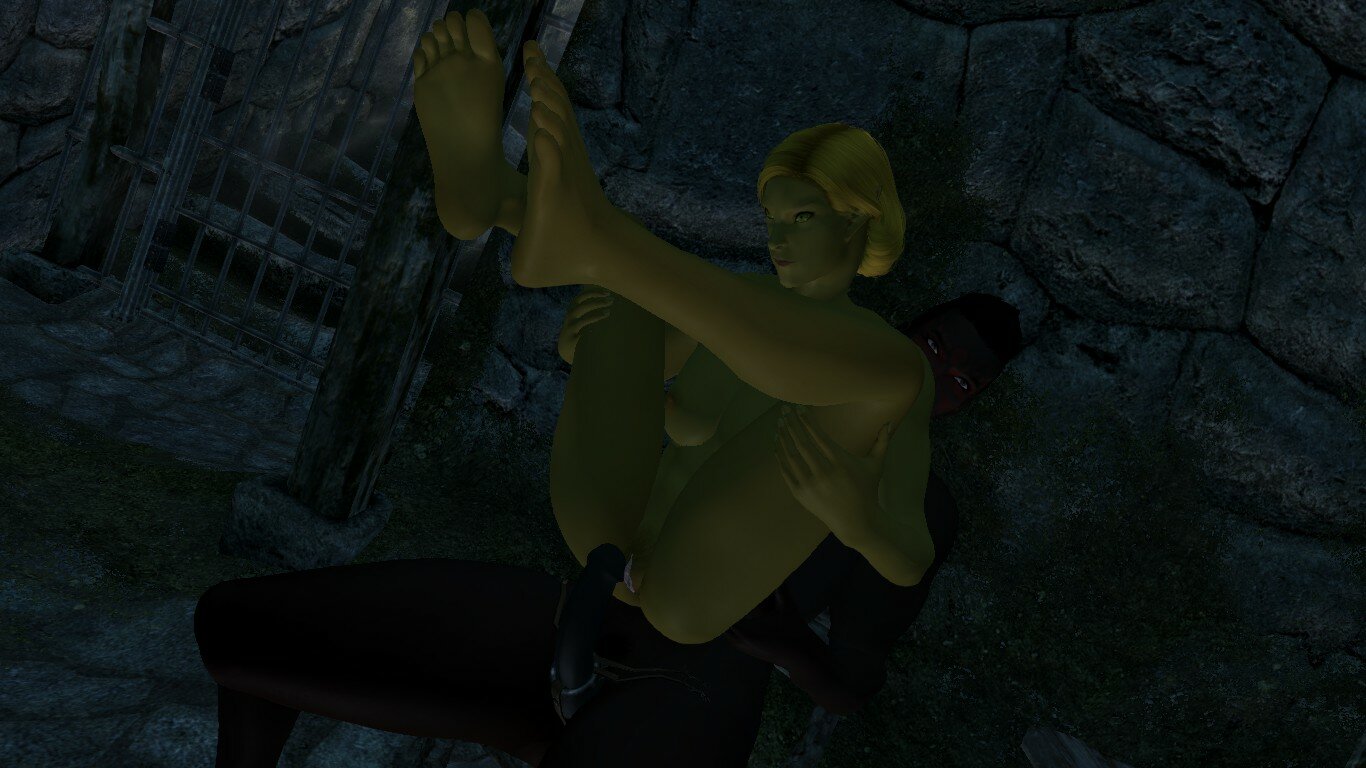