We walked out of Left Hand Mine and straight into an attack by a lone nutter. As I loot the body I notice that the female NPCs are suffering from VRAM deficiency. Obviously my attempt at texblending the vagina texture didn't go well. ? 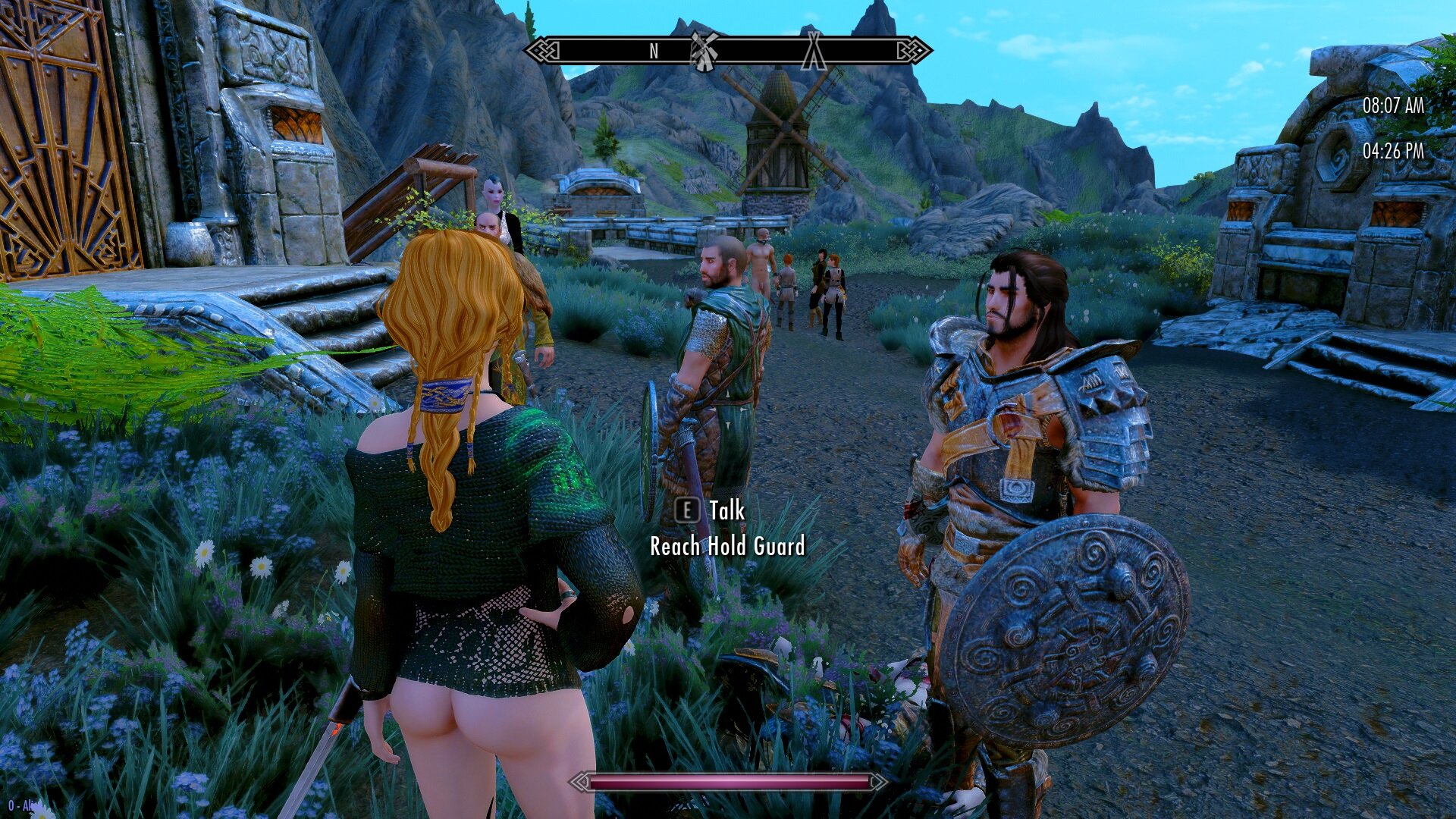 Across the bridge we find this guard threatening a dead body. That's a Silver-Blood mercenary who, technically, is on the same side as the guard. The merc is one of the dead from the forsworn attack. 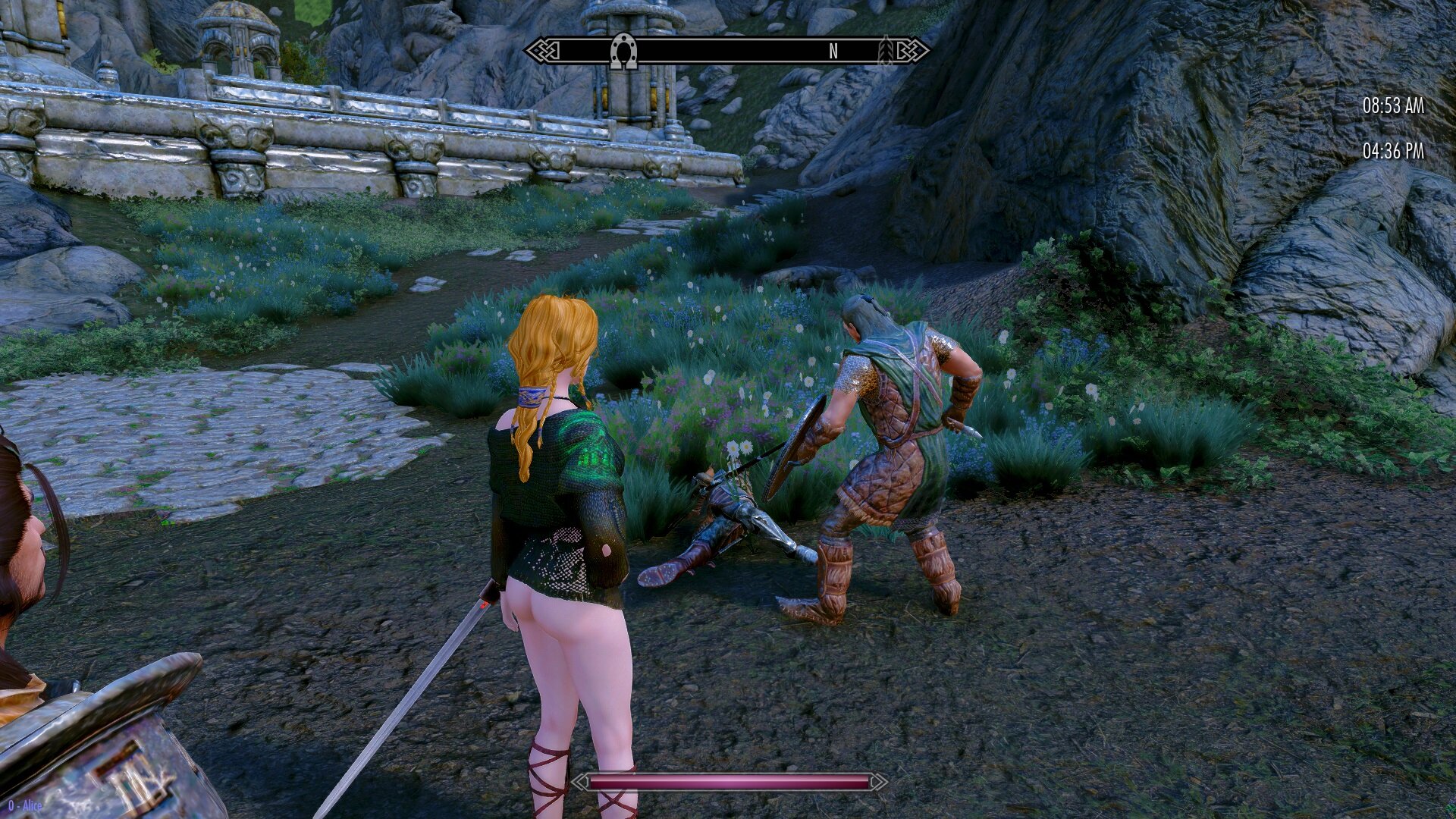 I'm looking these images and thinking that my roads still aren't 100%. ?

We head up the hill towards the Lover's Stone and come across a Durzog deep in thought. He actually attacked us a bit further on which is strange. 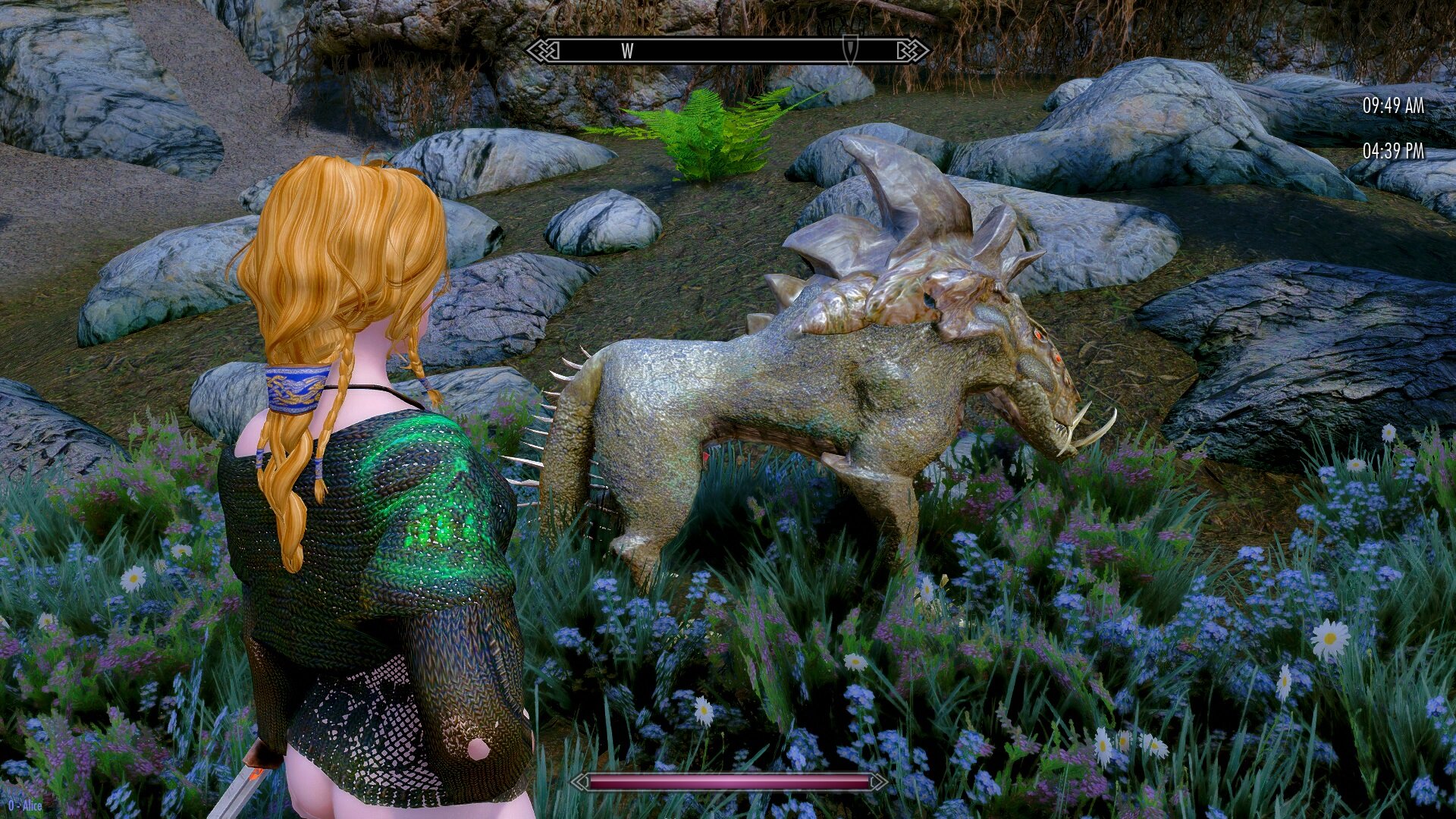 Shortly thereafter we get attacked by a half-dead spriggan. A bit later as we pass the 'Confluence of the Karth River' I realise we have taken the wrong turn off the road. ?  A few steps after that we find what is probably the cause of the spriggan's half-deadness - a fully dead haggy. 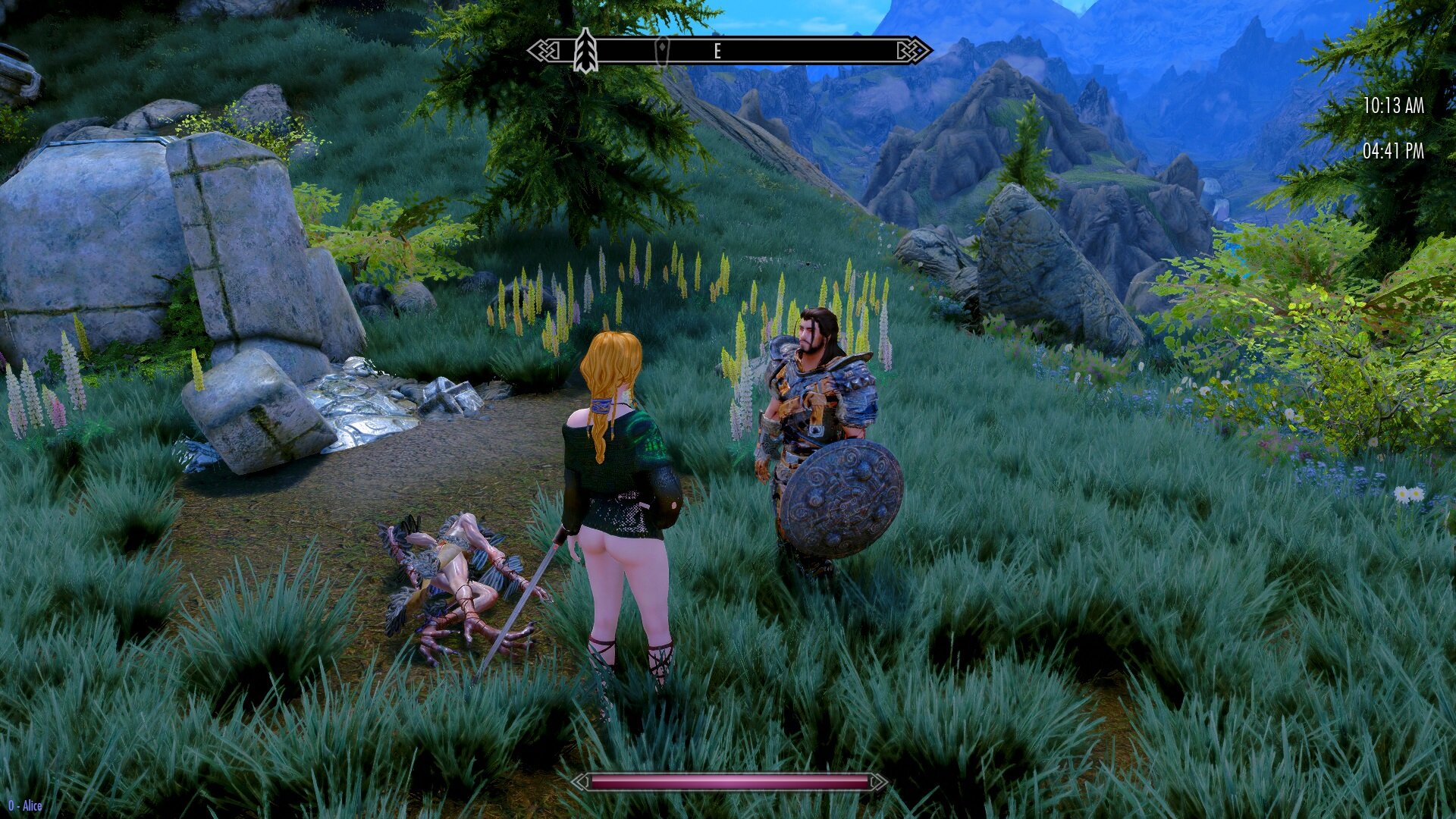 Lover's Stone done and it's back down the hill to the road. We arrive just in time to see the forsworn take out some passing adventurer type. 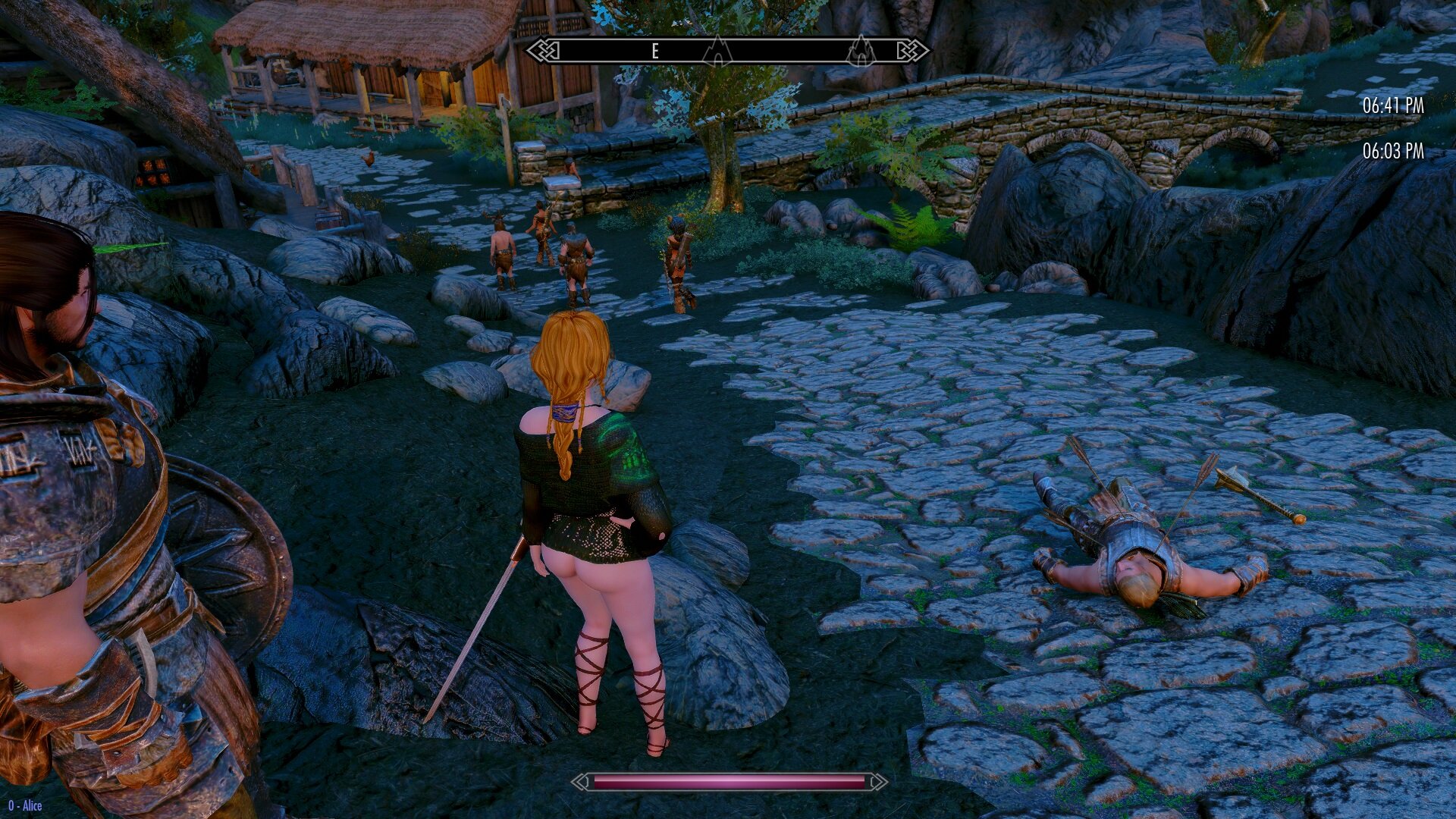 I think the problem is the road edges or trims. Another one for the 'to do' list.

We did Kolskeggr without taking any screenshots so I don't get to say my 'that place is a real gold mine' joke.

Next stop Blind Cliff Cave. Before entering I get HSO villain vibes. ? 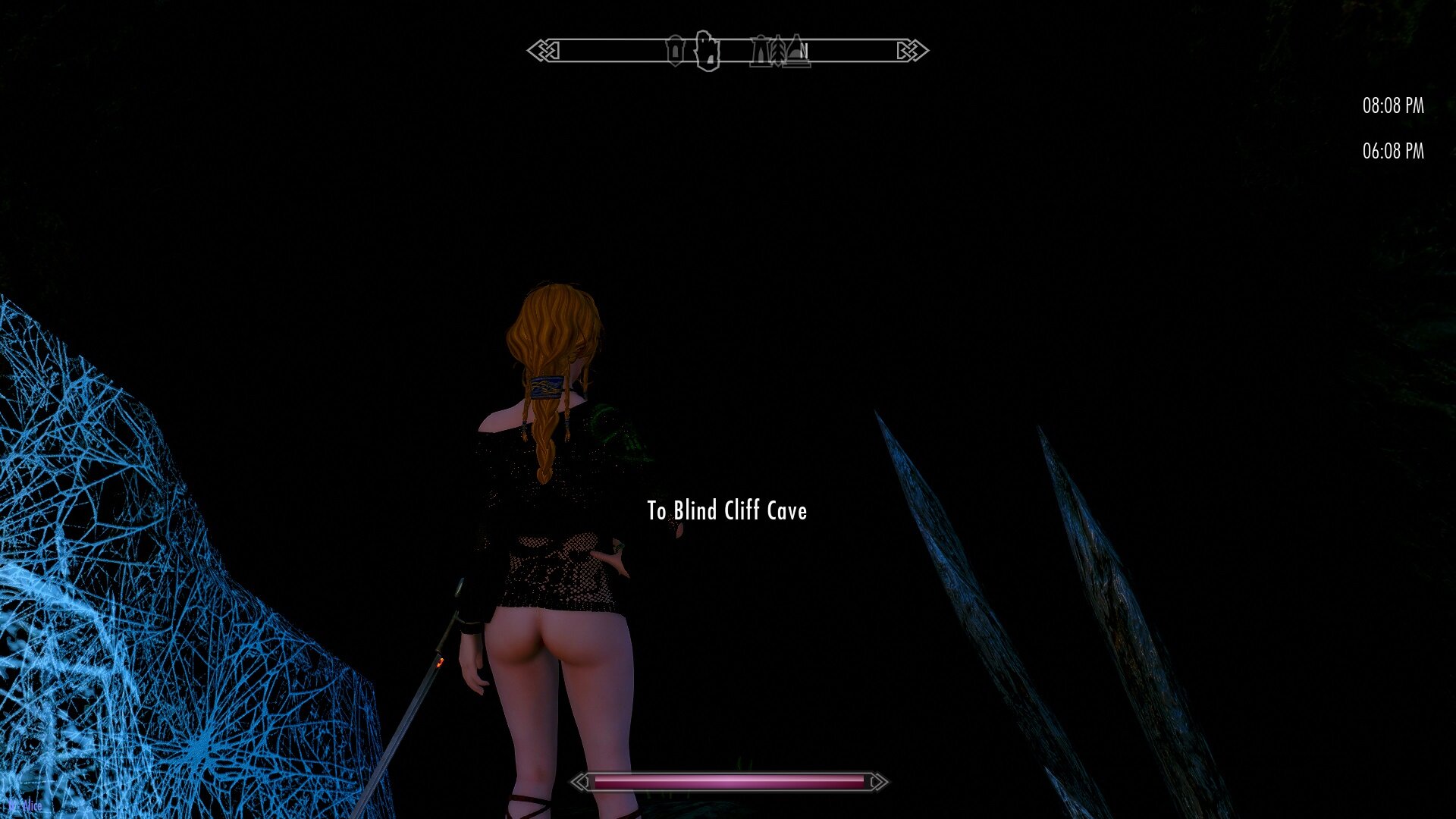 I think they need to break out the lawn mower. 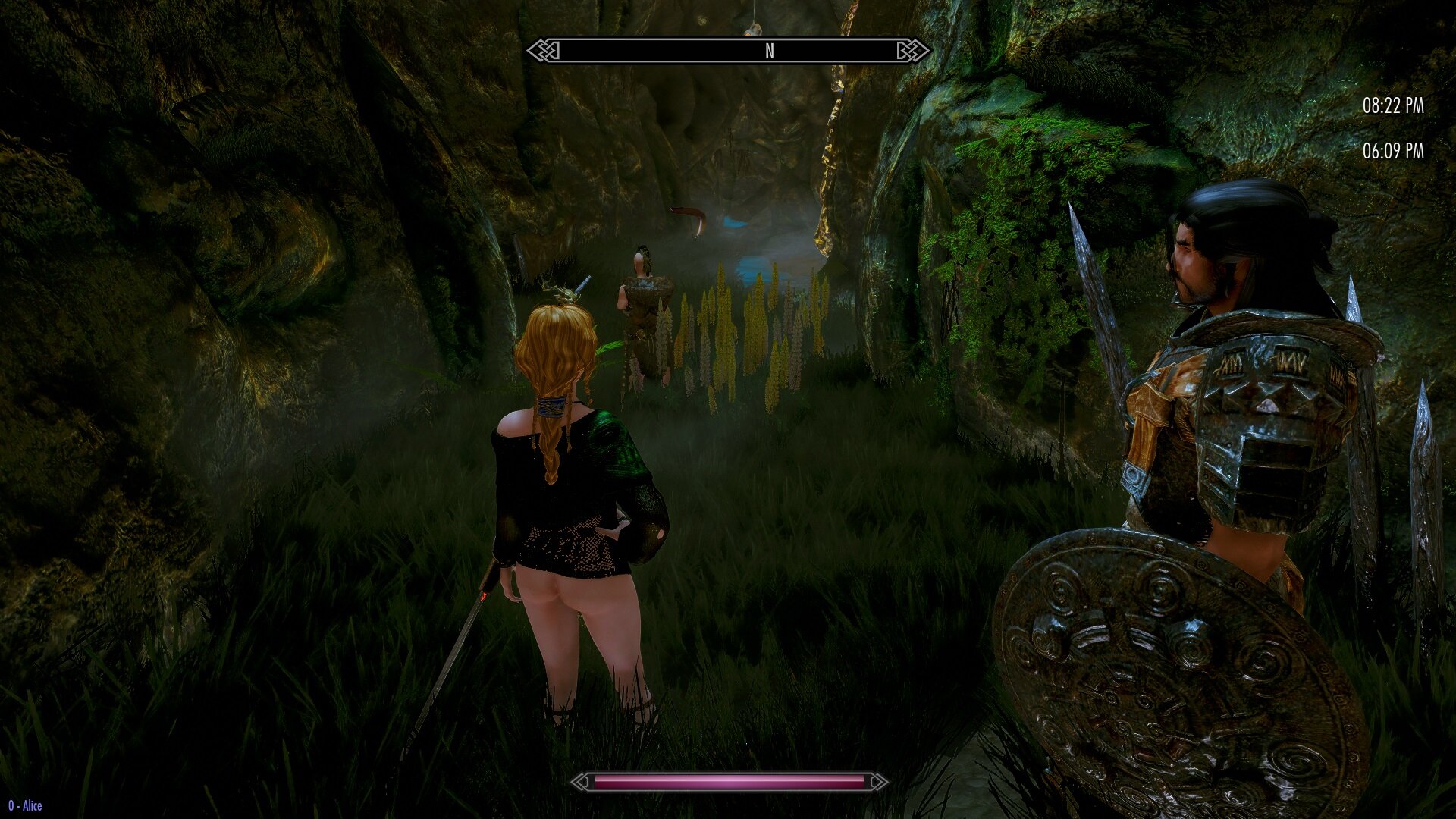 A disappointing run by Melka this time around. She didn't make it past the first forsworn and dog. 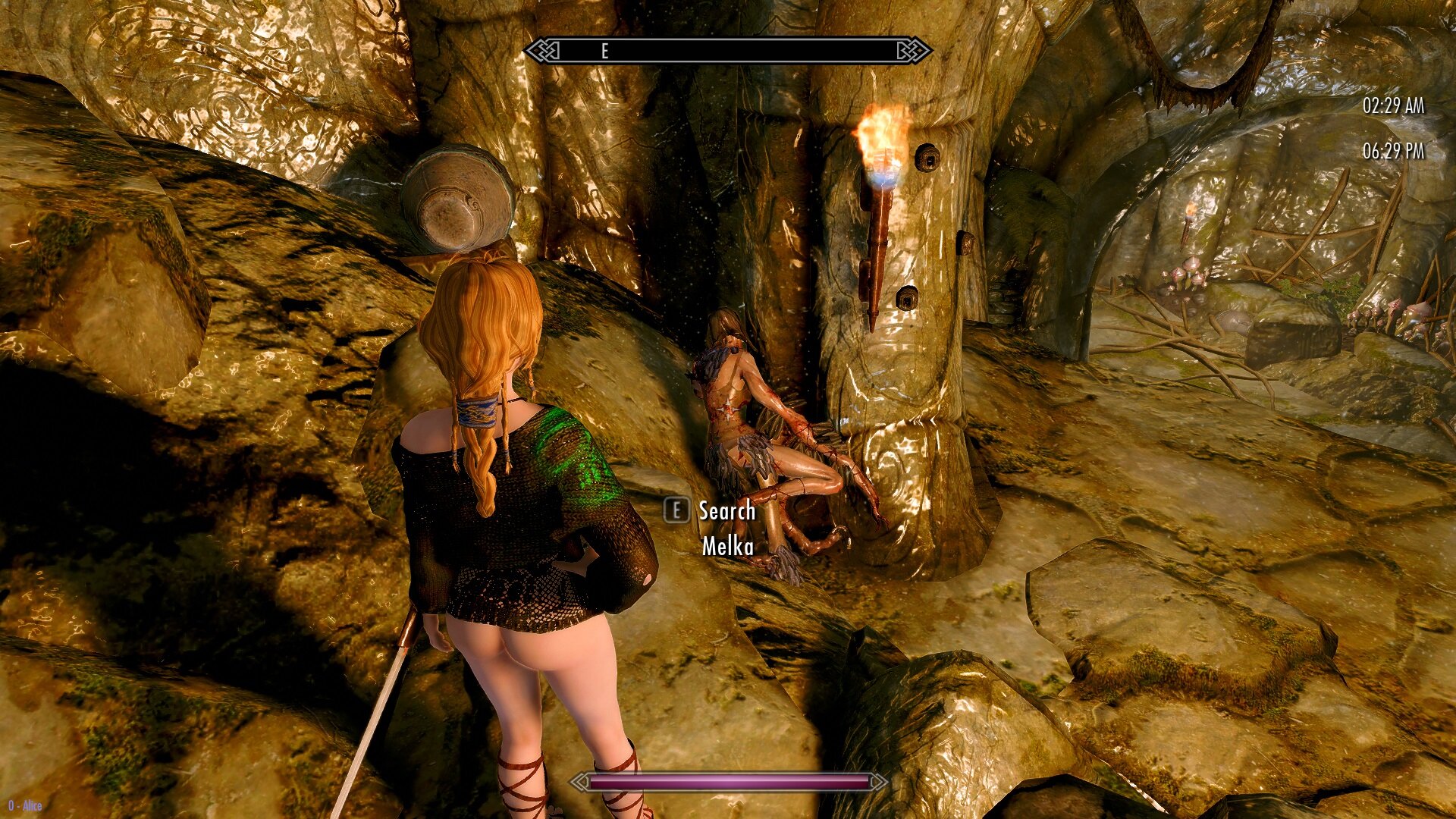 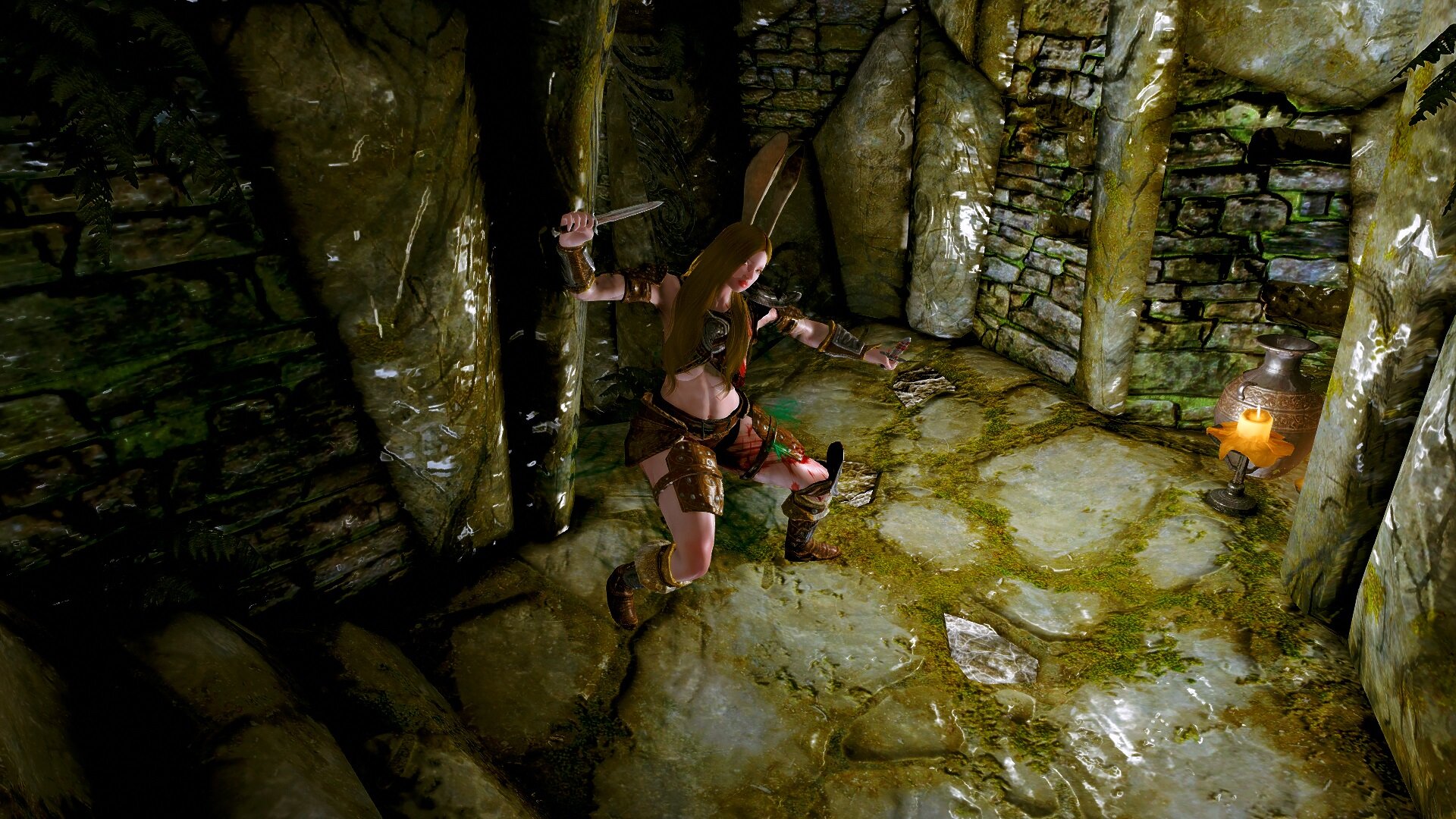 It took two attempts to get rid of her.

We finished Blind Cliff and walked over the hill to enter Karthwasten from the back so we didn't get to the milk place. 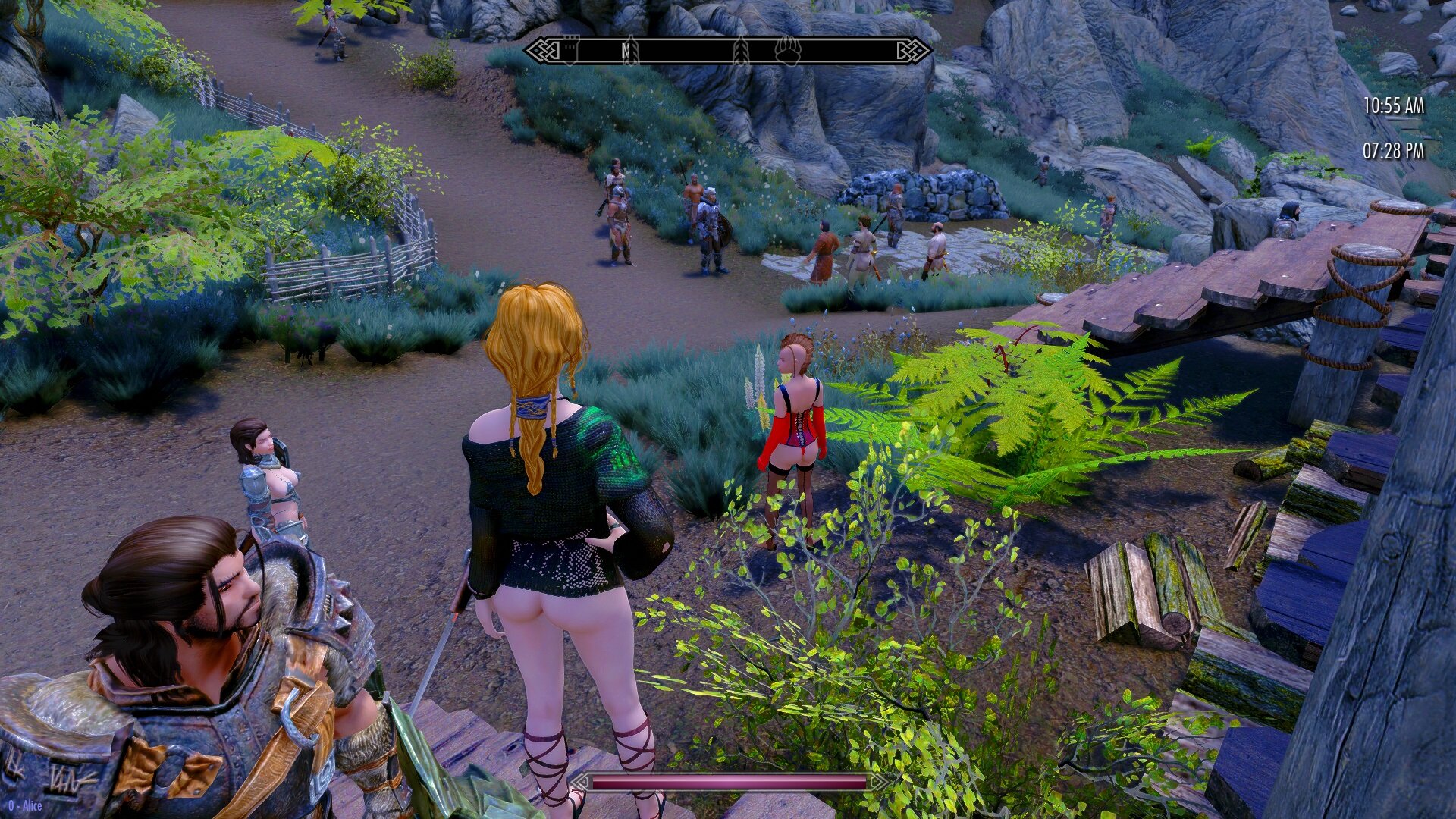 I found an orc shield in Blind Cliff for my man Coda. Slight upgrade, not great but he can do with all the help he can get.

We enter the mine and get attacked by a Knight of the Faith while a single Pilgrim khajiit stands and watches. 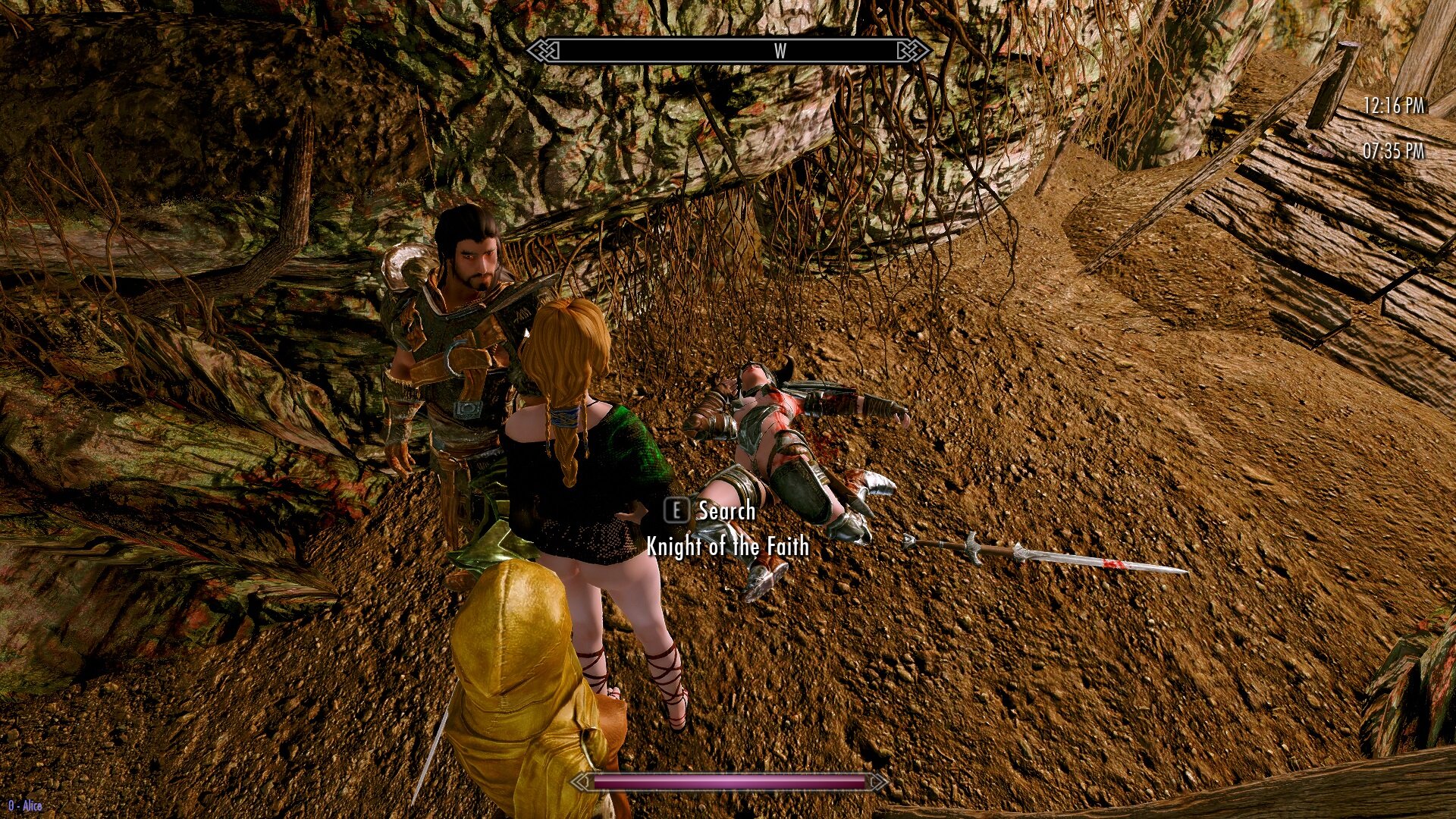 Our work in Karthwasten done it's time to head out. Some dead guy on the path who was nothing to do with us. We are going to take the path off to the left there, just beyond the mercs and slavers. 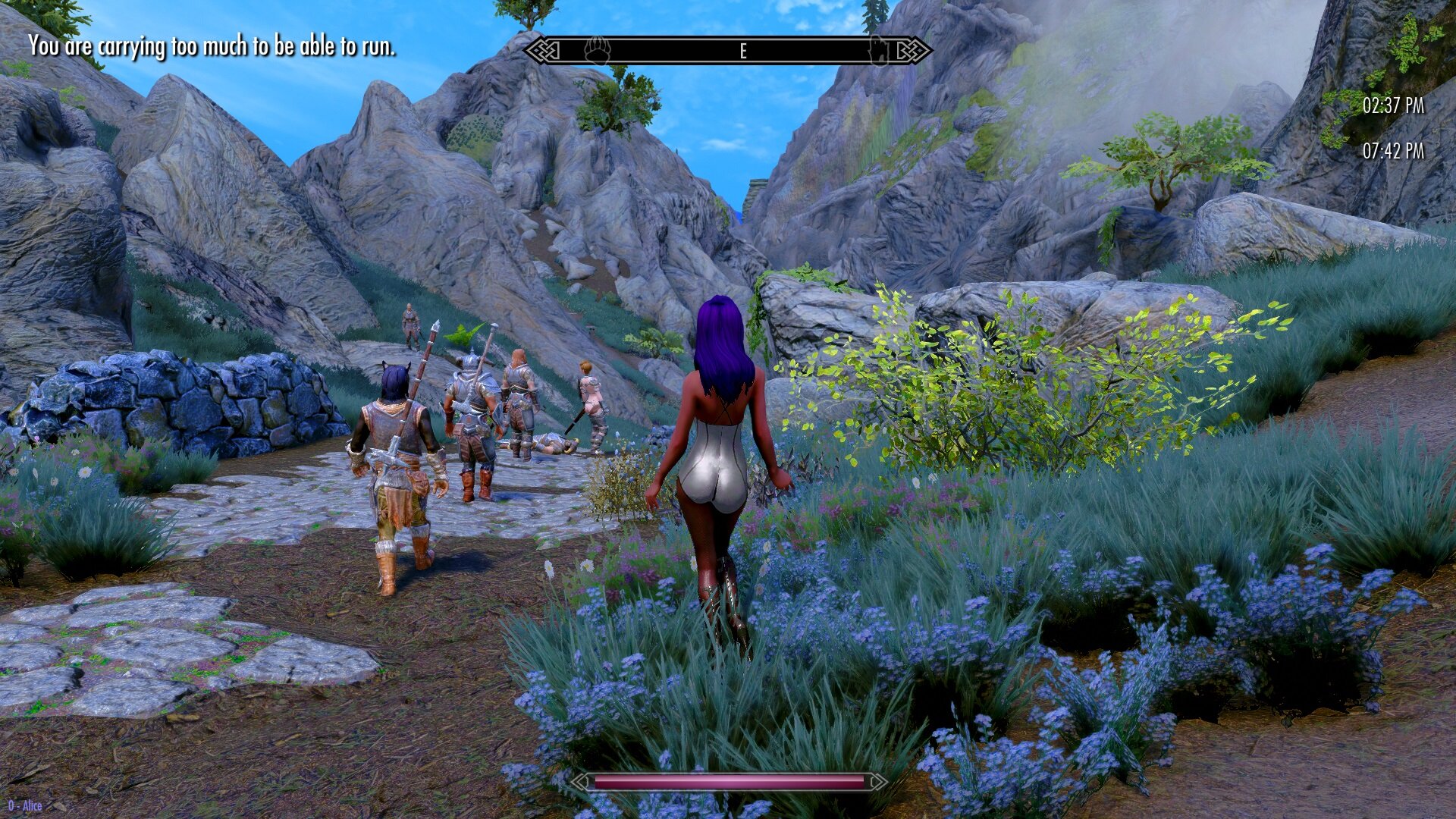 Before we go there is one last thing I want to check. 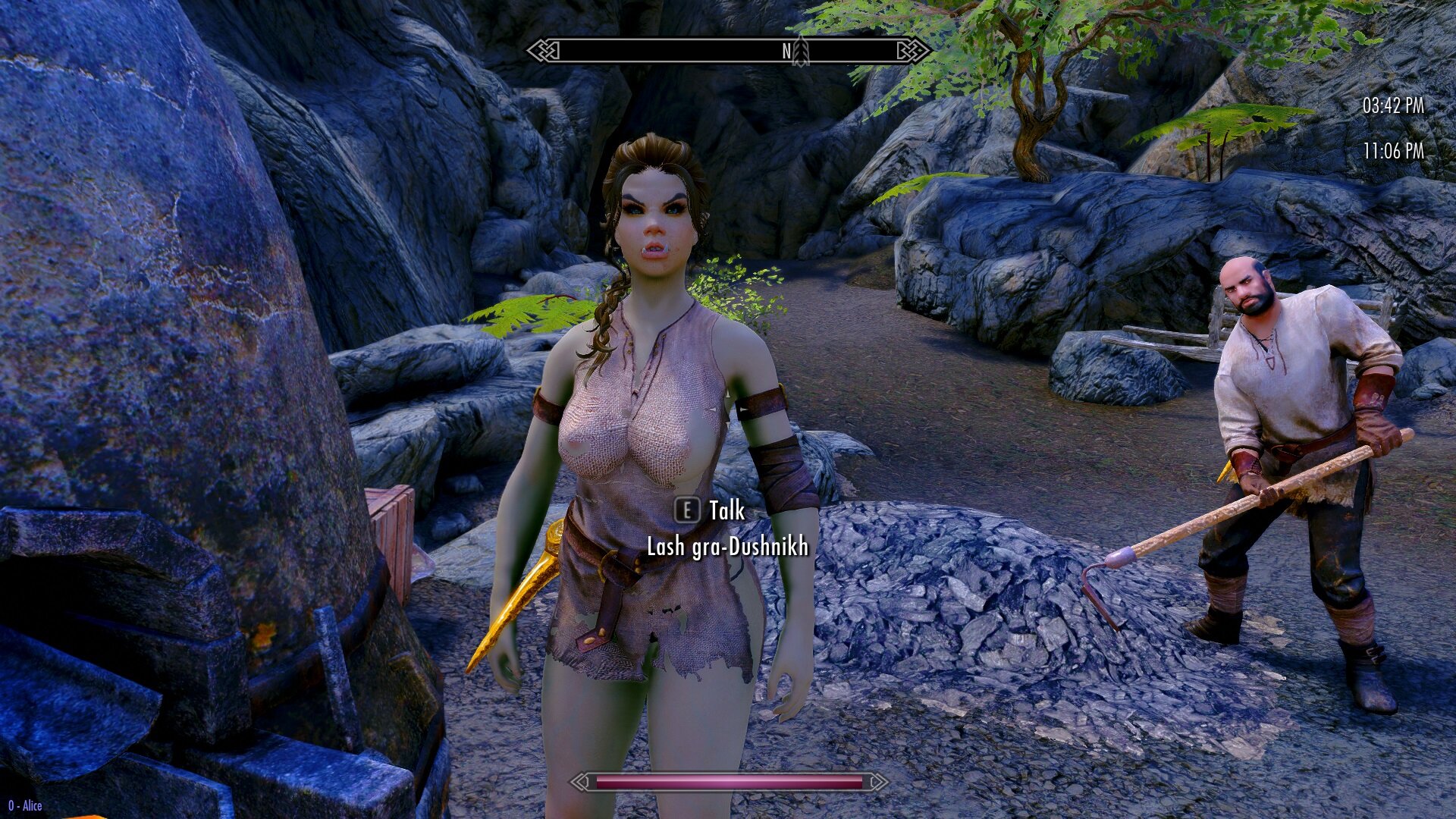 Yes! I've fixed my DoS orcs. I dickied about with the facegen files but I think the uninstall/reinstall did the business. I can cross that one off my list. Deep joy!

Over the hill and down to the river where there is a running fight between forsworn and stormies on the opposite bank. While we are watching, a stormy swims across to this side, runs past us and along the bank and tries to swim back across to the other side. 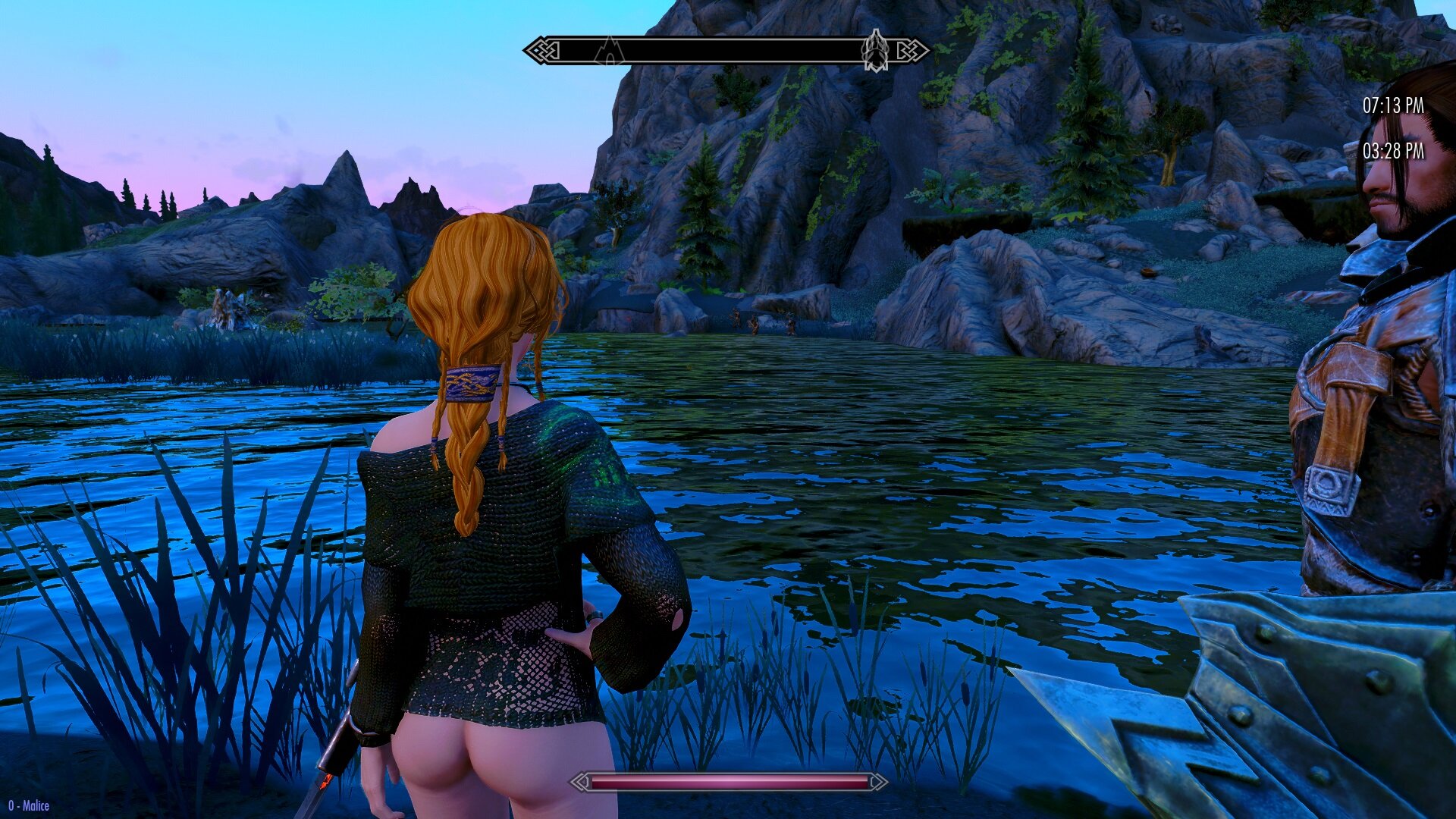 "Hold it right there, Bald Eagle". More forsworn appear out of nowhere and are waiting for him so he retreats to mid-river, thinks for a while then retreats the way he came. 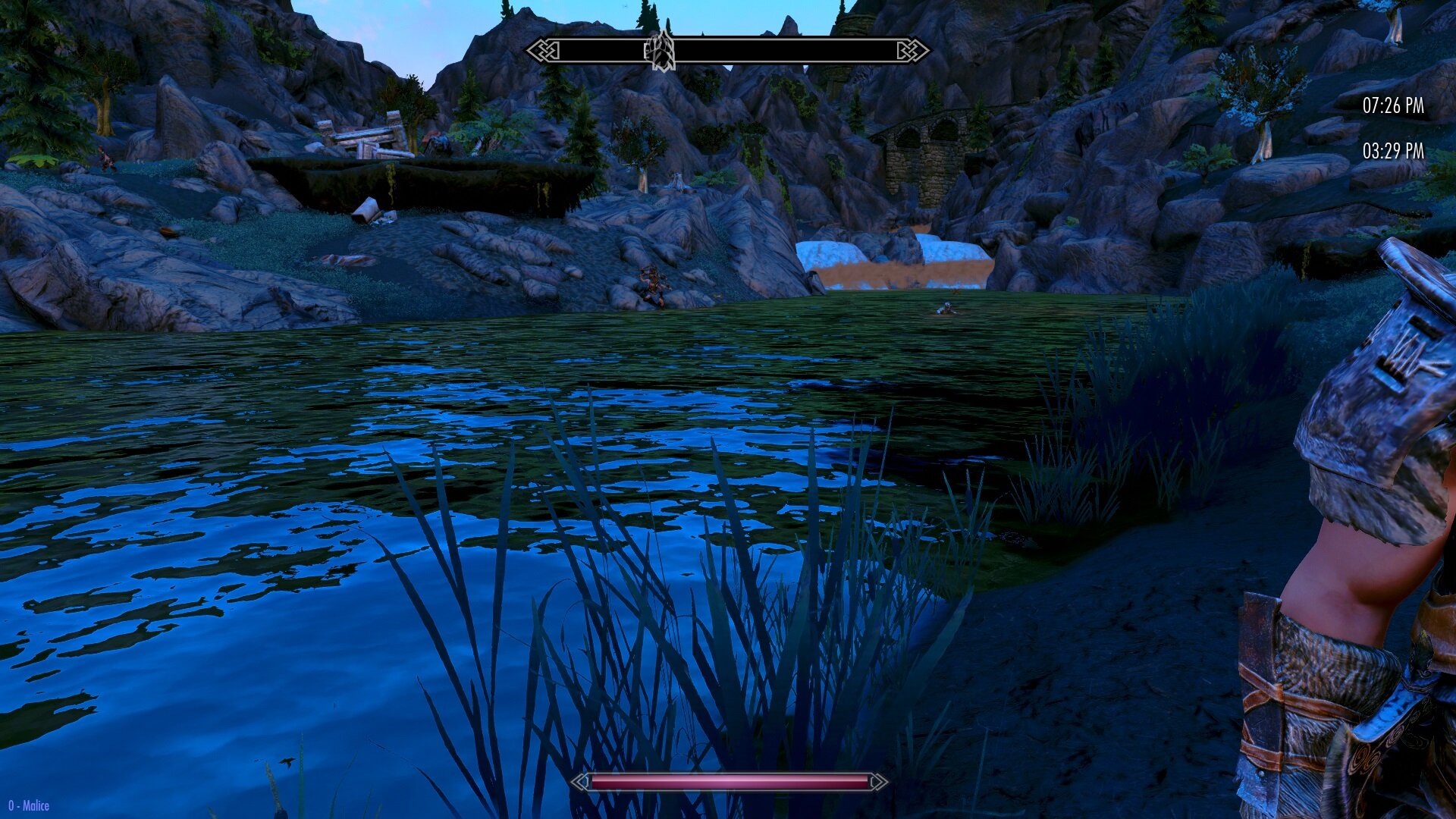 We get to Harmugstahl to find forsworn outside which is new. One of Inte's cages having issues up at the top right. 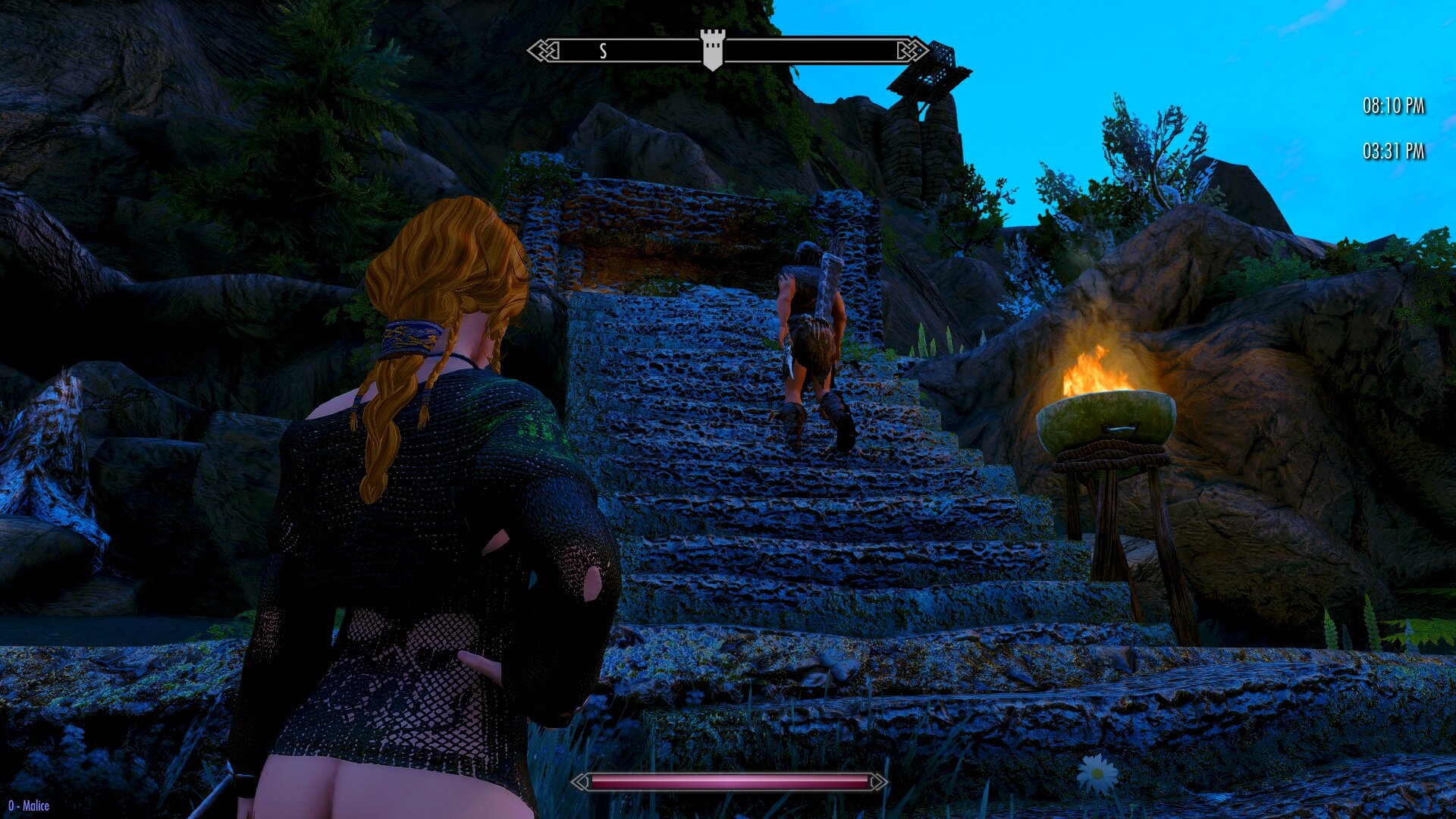 Inside I kill the spiders while Brain of Britain watches from a safe distance. He's from Immersive Followers BTW. 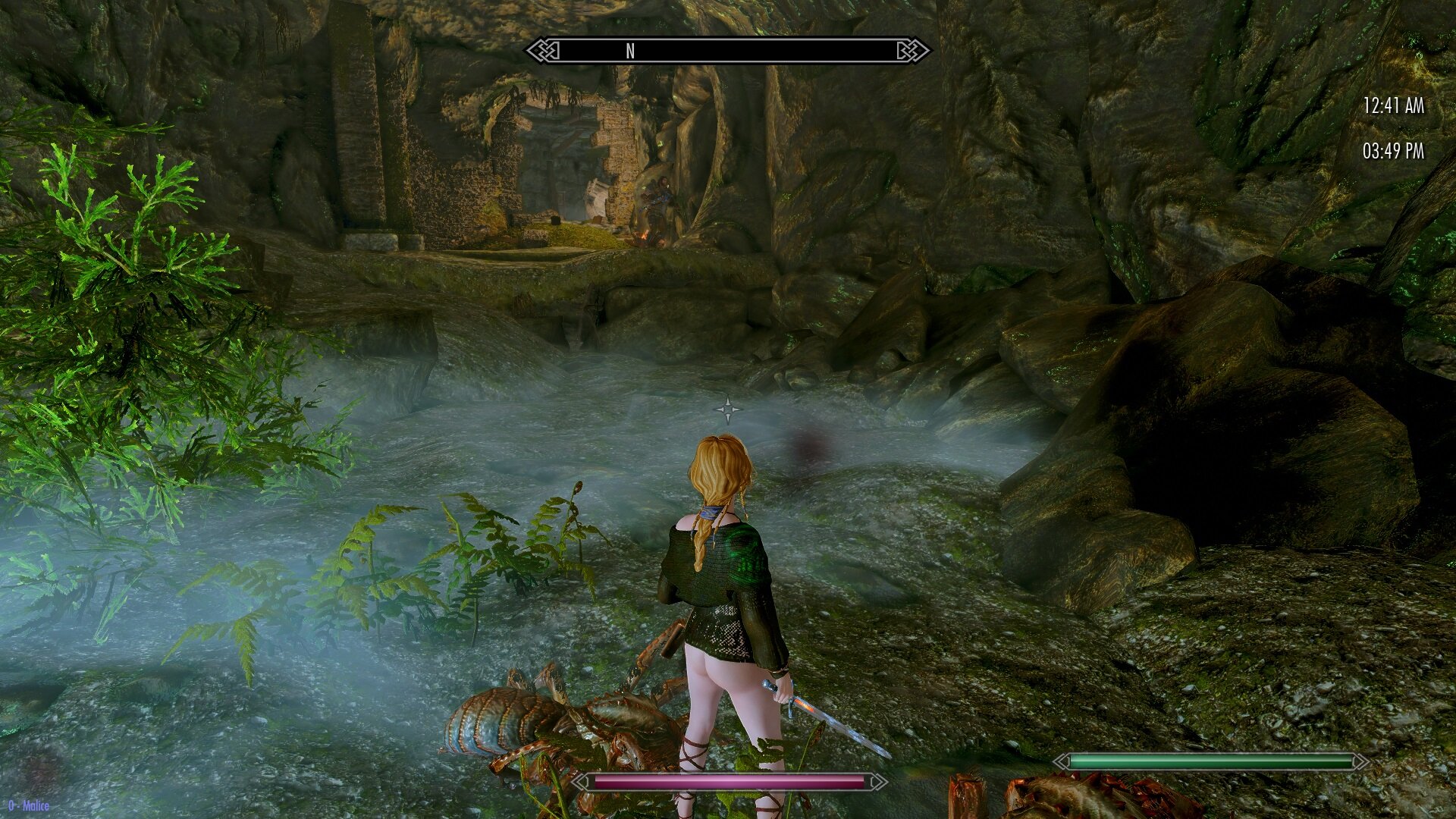 A bit later there is a doorway where you have to hack through webs - my man Coda had my back on that one. ?

This puzzle always gets me. The info on the web say levers 1 and 3 but it was 1 and 2 that did it (after much faffing around). 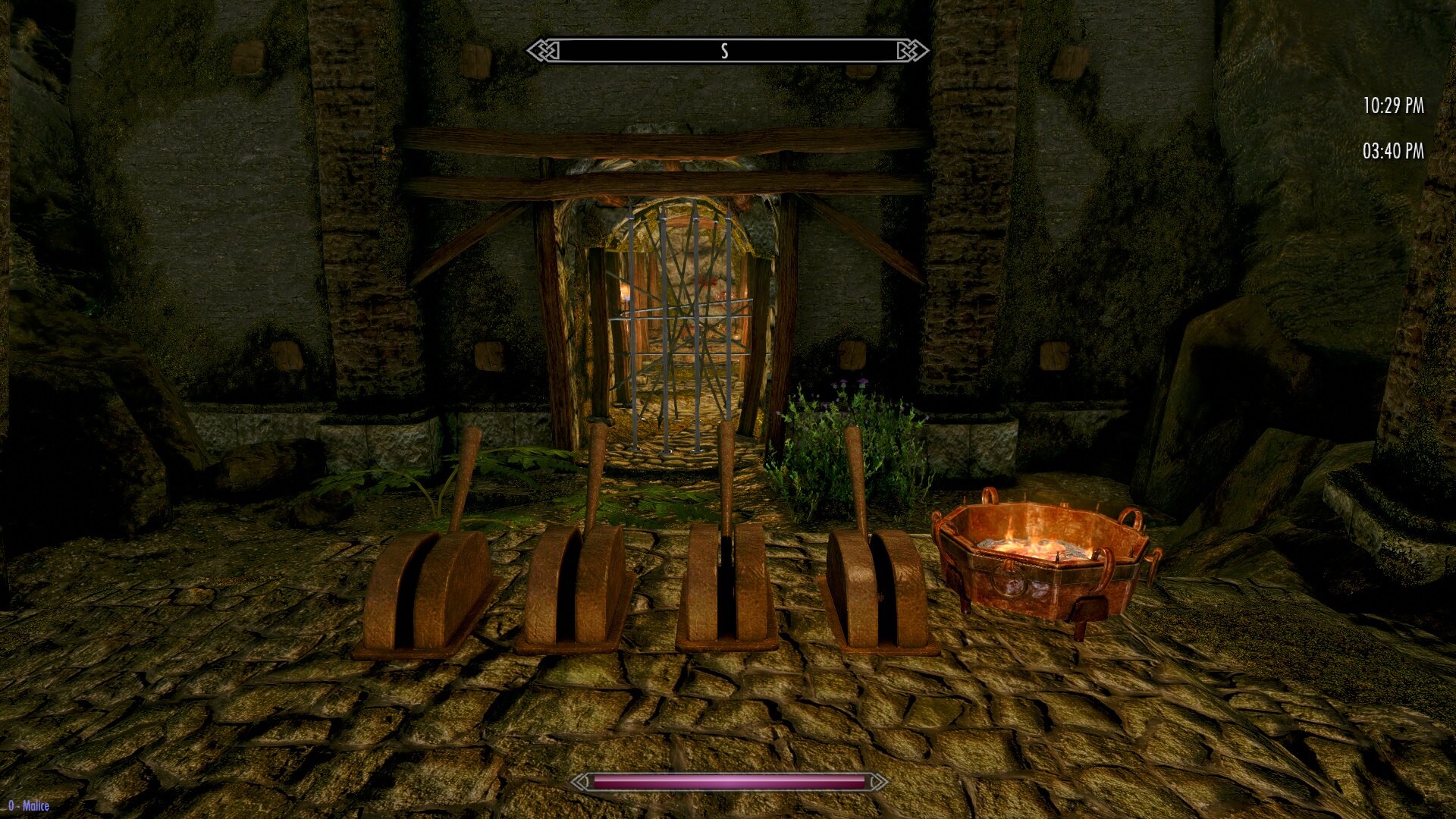 We leave Harmugstahl and find a dead Spriggan Matron probably down to the forsworn. We picked up some orc armour for him in Harmugstahl. 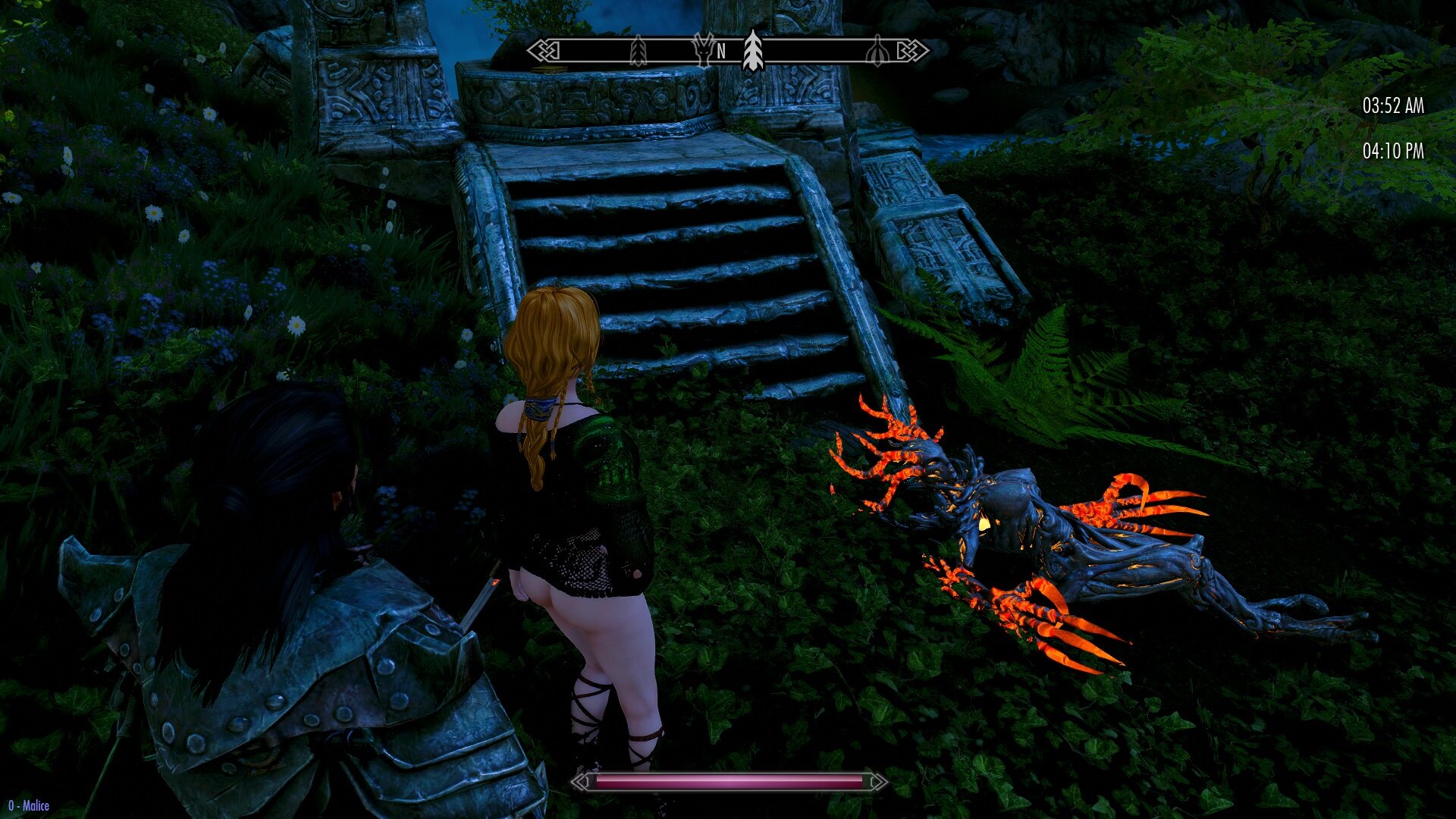 Next stop Solitude by way of Bruca's Leap and Dragon Bridge.