Apparently they're going to take care of some guild business today, business beyond the walls of Whiterun.

"What happened to your choker?"

"Pity, you look good with something around your neck."

Yeah, that's why I got rid of it, swine. She doesn't say that, but she thinks it. Her internal monologue has a lot of invective for Gascayn, but she's been trying not to let it surface.

Ephedrina has crafted another outfit. It's a practical Elven set of armour, designed for work not for fashion. Bosmer design, she thinks. It's more protective than the Nord chainmail she wore earlier and significantly less builky. She's not a bigot, though her time in Skyrim makes her take some satisfaction in doing things better than the locals. 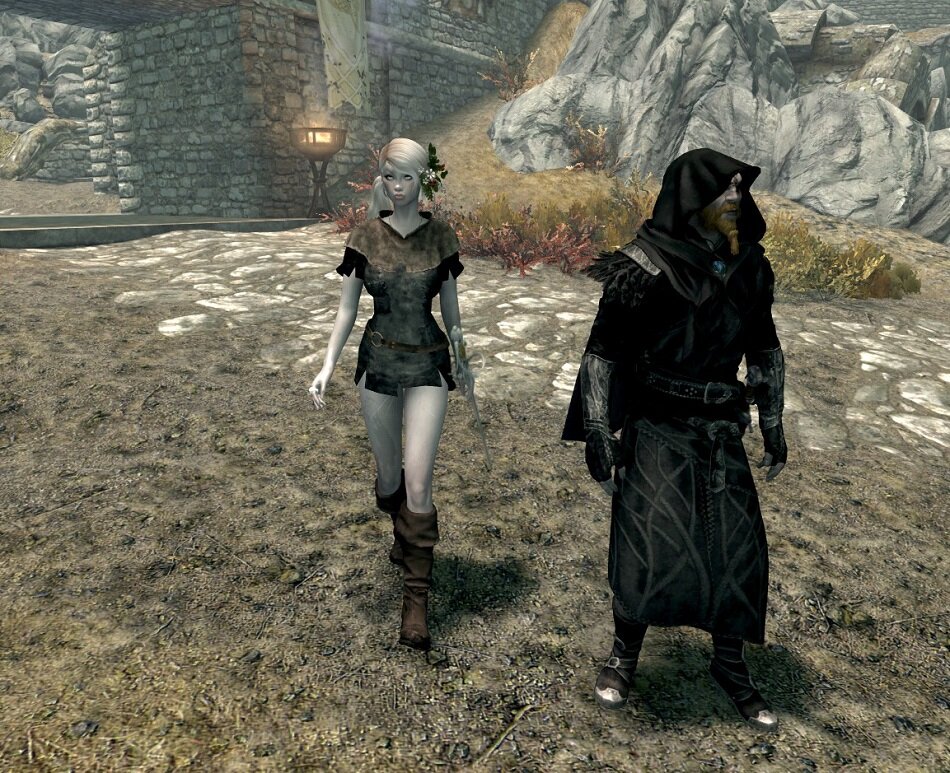 Some fool bandit crosses their path. It doesn't end well for him. Ephedrina is fast and lethal. It's good to have her sword back. 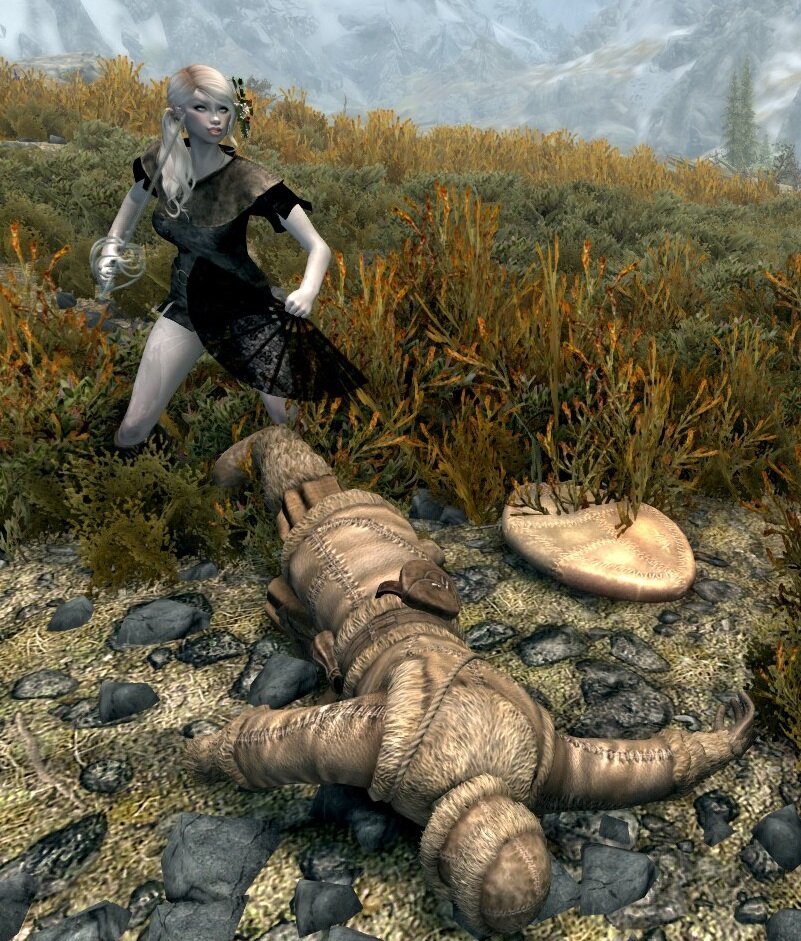 "You shouldn't drink it. It'll make you fat."

"Fuck you!" Well there it is. The invective surfaced.

"Ah, feisty Ephy is back. I've missed you," he laughs. "We're headed to Honningbrew Meadery for a drink...."

She rolls her eyes at his dramatic pause.

"... there's a bit of guild business we need to take care of. Well, mostly you. I'll be supervising. There's a guy you need to fuck and..."

Ephedrina interrupts him with another "fuck you!"

"Ahaha no... not fuck me. Though that'd be nice. I miss the feeling of you around my cock. I'm beginning to think you only spread your legs for me because we made that deal. But no... you're still a guild fuck moll, don't forget. And there's someone for you to fuck... and some rooting around in a basement as well."

"Three times. Seems like your vocabulary gets proportionally smaller as you pay down your deals. Maybe you should take some more deals...?"

"Aha! Progress! A whole new word! Don't tell me I don't tend to your mental growth as a fuck moll and as a person." 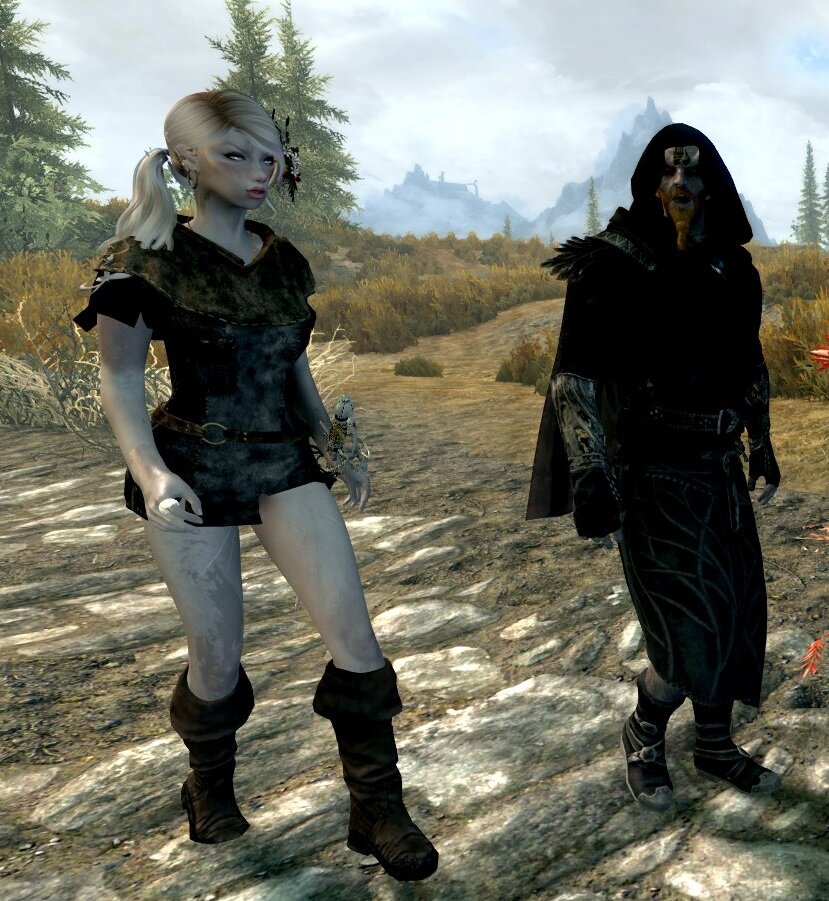 It's some bald Nord she has to fuck. Since there's no real helping it, Ephedrina decides she might as well enjoy herself.

She presses her breasts against him, dragging her sensitive nipples (still sore from the recently removed piercings) across his chest. Her hands touch him as if she really wants to feel his skin and she gives him the sweetest little smile. Soon she feels his erect penis press against the moist folds of her labia. The scents of their bodily fluids and his bad breath mix with the heady smell of fermenting honey... 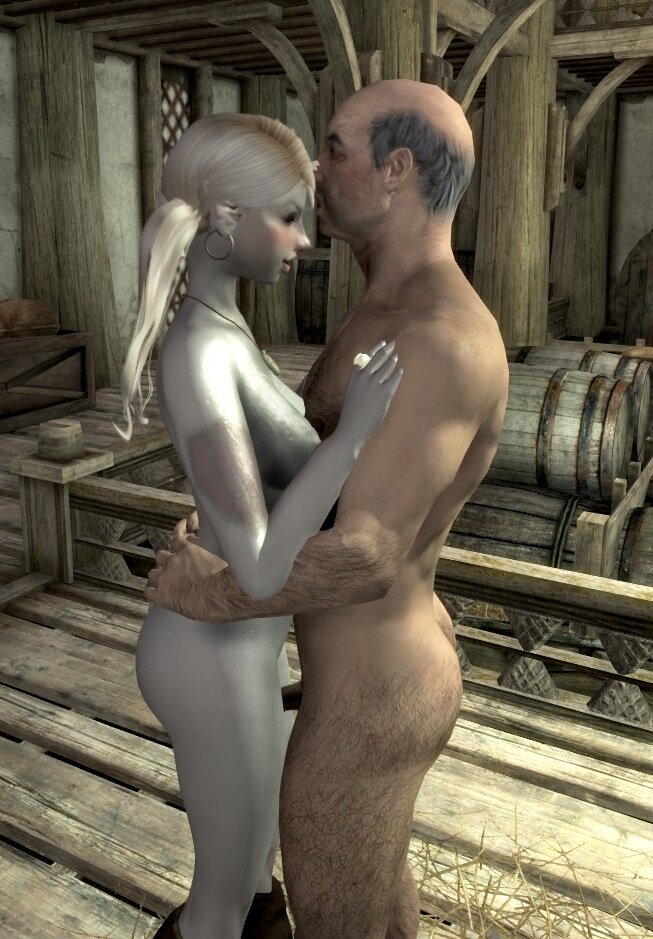 On her back, her legs in the air spread wide. The Nord pounds her hard. She feels the coarse wood and prickly dirty straw against her back. Meadery staff walk by on occasion, trying to pretend they don't notice, whispering among themselves. Gascayn looks on - most likely with a look of condescending amusement - from the drinking room.

The Nord grins as he empties himself inside her. "That's right you little grayskin whore. This is what you want ain't it? Big Nord cock!" She says nothing, she just twitches and moans and quivers and squeals, her eyes rolling back into her head. It feels good.

Afterwards, covered in sweat and dirt and bodily fluids, and feeling achy and sore she wonders... why does it feel better when they treat her like this? Did Gascayn do this to her somehow? 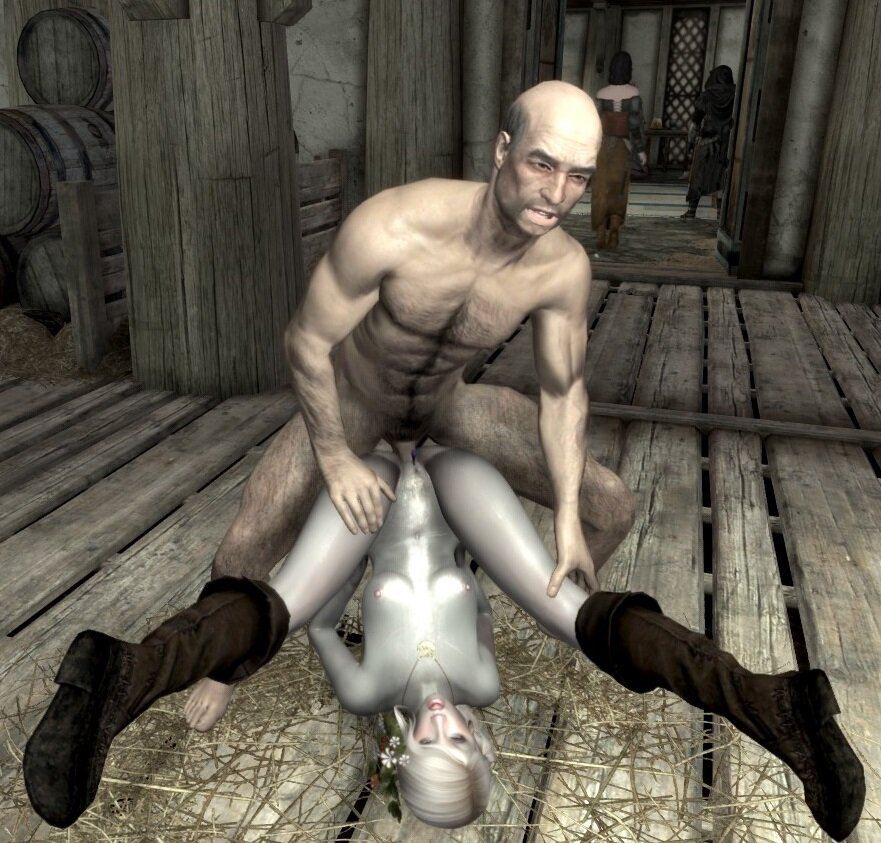 The basement is riddled with Skeevers. Not a problem. She disposes of the disgusting creatures with ease. 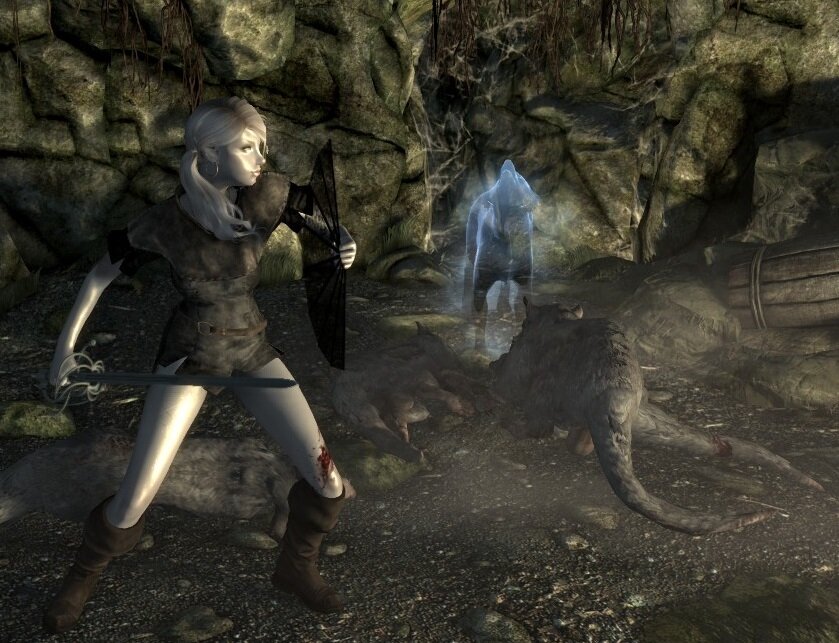 ... there are some additional tunnels as well. It's her job to clean them out.

How dangerous will it be? She almost doesn't care. She'll kill or be killed. Fuck 'em all. 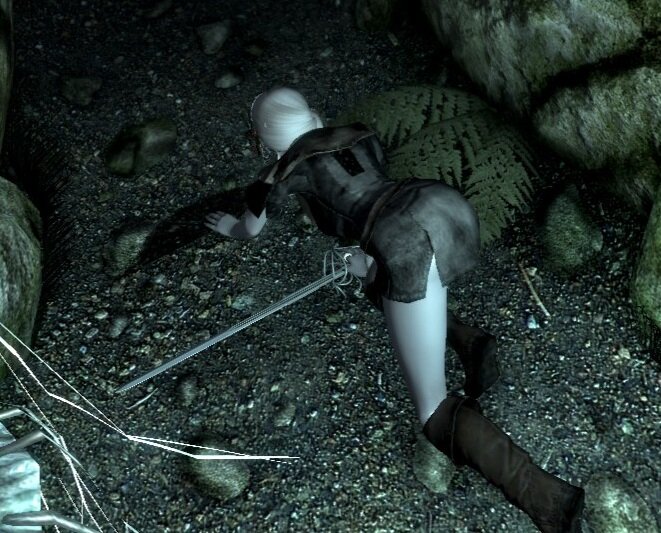 There's some disgusting Skeever Shaman or some such down in the warrens. Ephedrina briefly wonders how hard she'd climax if he fucked her down here in the filthy warrens, pushing her face into the dirt.

Feeling her nipples harden at the mere thought - even as her body is sore and exhausted from her previous orgasms - she fears the answer might be "very very hard."

Then she kills the disgusting Skeever Shaman. Because fuck him. 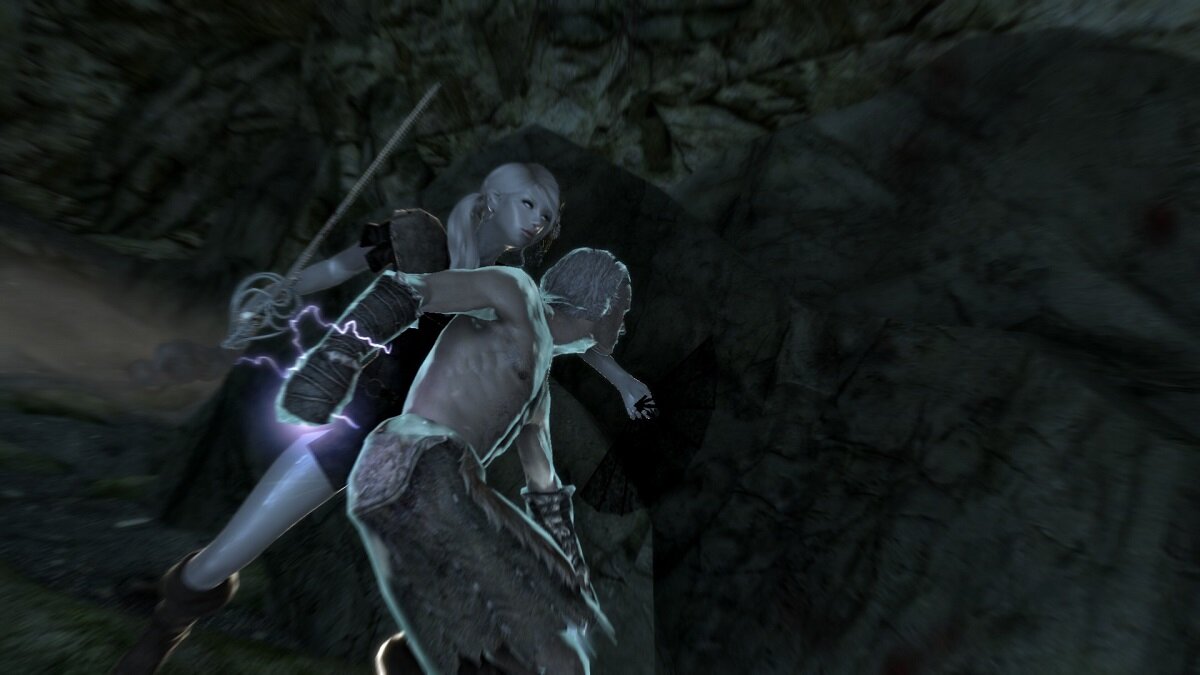 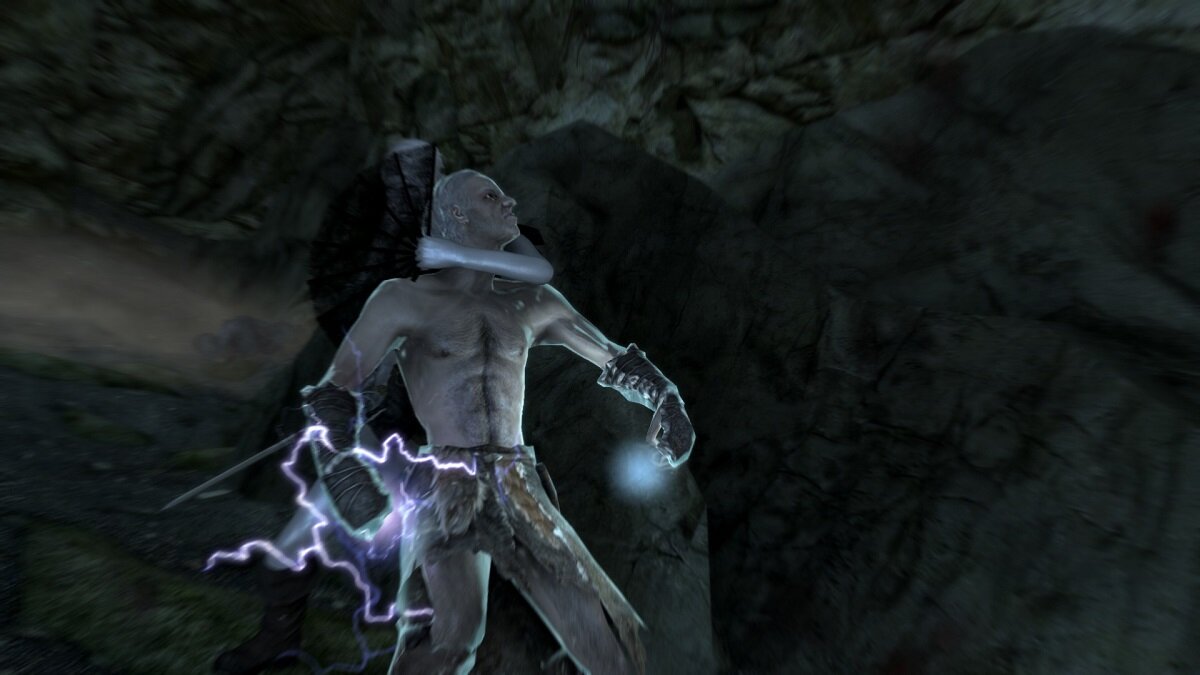 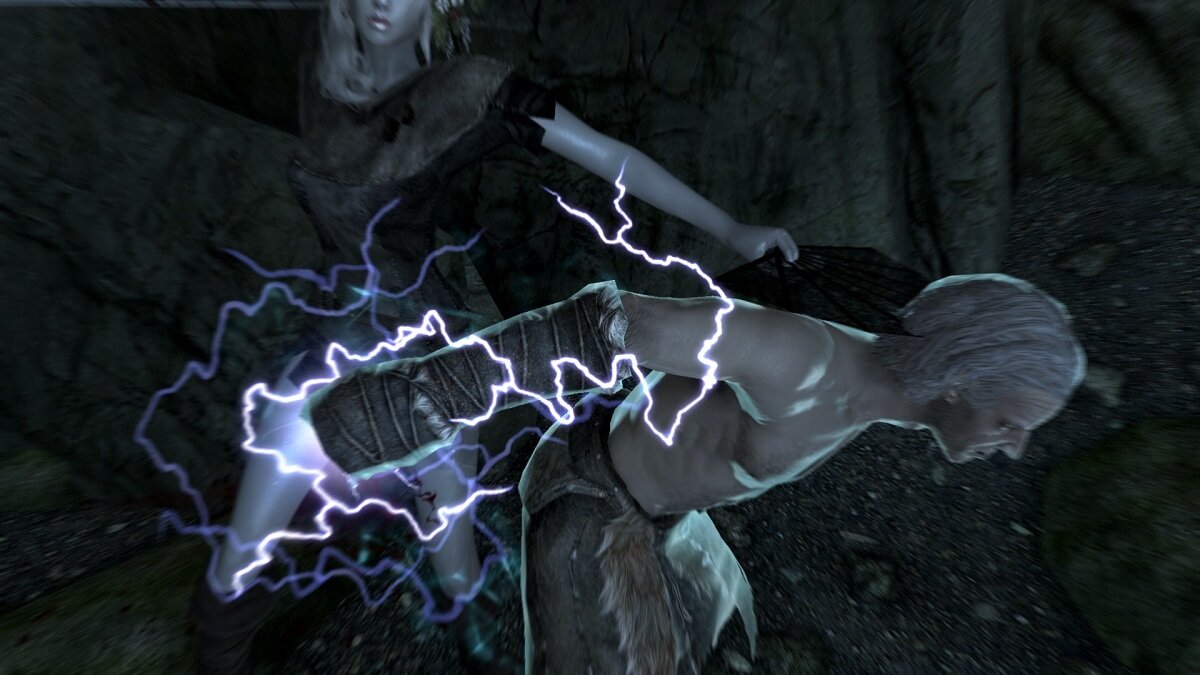 She did something the mead vats to destroy the business so someone else can take over. Apparently that's something the guild wants to happen. She doesn't care, though.

"Why do you look like Skeever shit," she retorts.

His self-satisfied condescending grin disappears for just a split-second. It's very satisfying.

The grin reappears quickly though. "I like how spunky you're getting. Will make fucking you even more satisfying... though you'll need to take a bath first."

She's not going to fuck him, though. 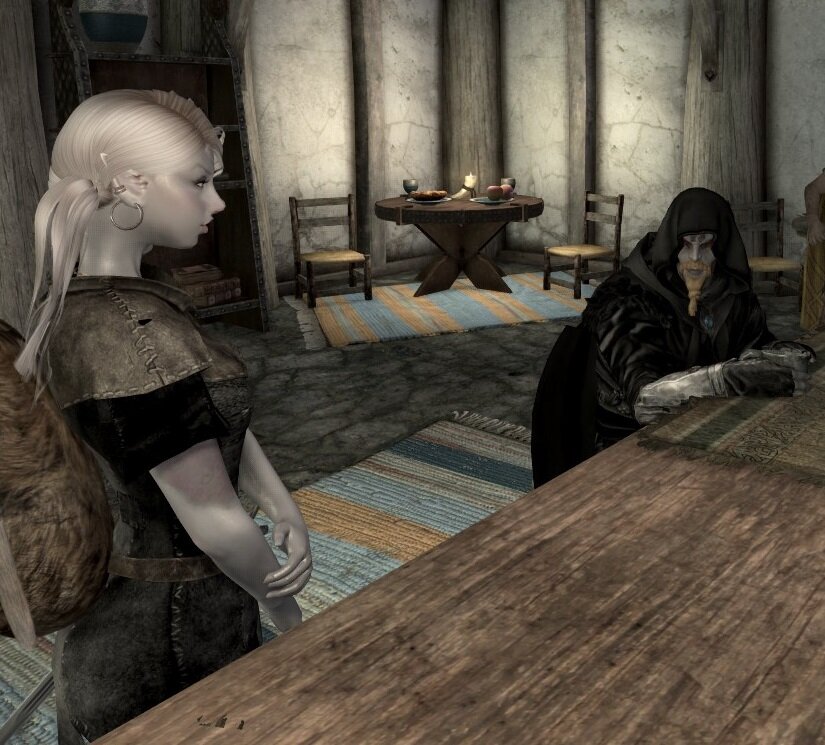 After her bath, she plays the Bannered Mare again. A song of chaste love from afar and deep romantic passion. Nothing like her life... but she sees a few tears in the eyes of her audience. 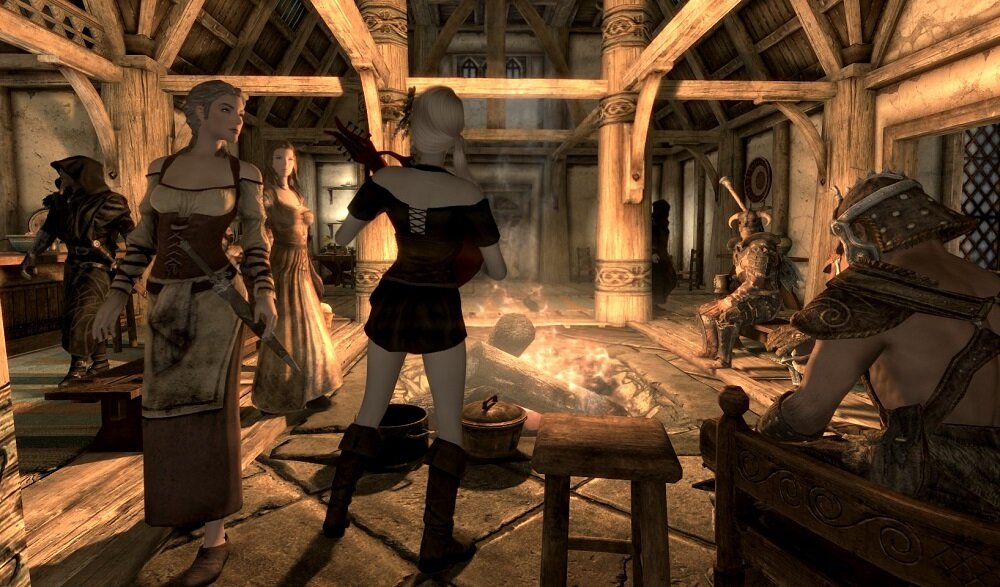 "I'm not in the mood Gascayn."

"Come on. Your cunt juice is practically dripping on the floor. I know you."

"No." But she can't help but check the floor, just in case. Because he is right, she needs a fuck. But no, she's not actually dripping.

He catches her look and grins. Point for Gascayn. Whatever. 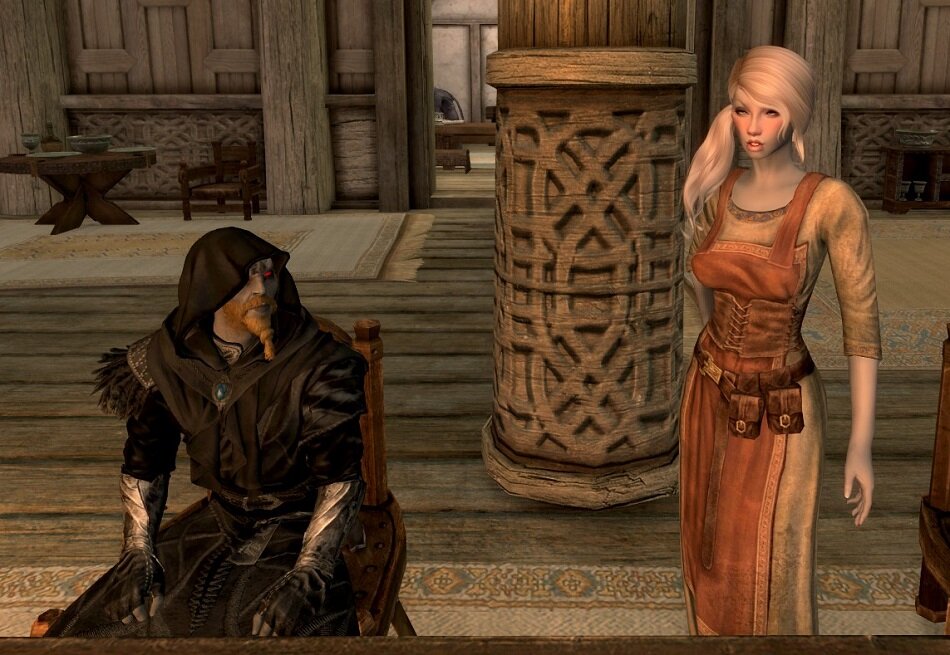 She channels her sexual frustration at the alchemy table. The more potions she can make and sell, the more money she'll make, and the sooner she can get out of Gascayn controlling her gold... and then... get rid of him?

Will it be safe? Maybe she can find someone else to partner with. Couldn't be worse than him, could it? 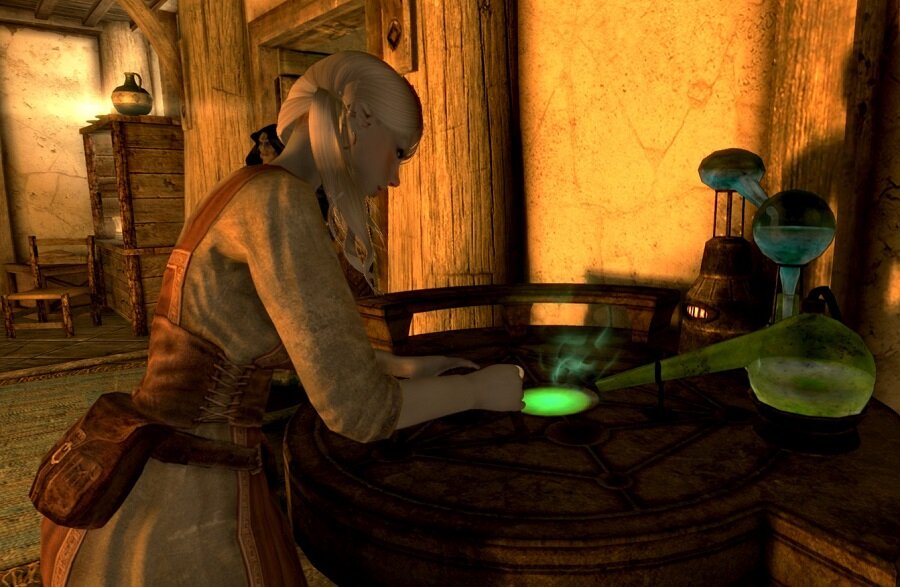 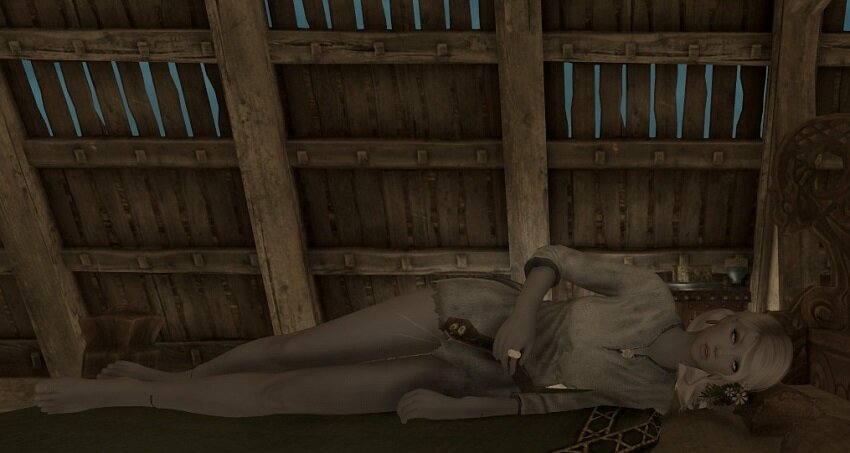 They set out the next day. Ephedrina hums to herself as they walk. It's another beautiful day. Gascayn is more subdued than usual. That just puts her in an even better mood. 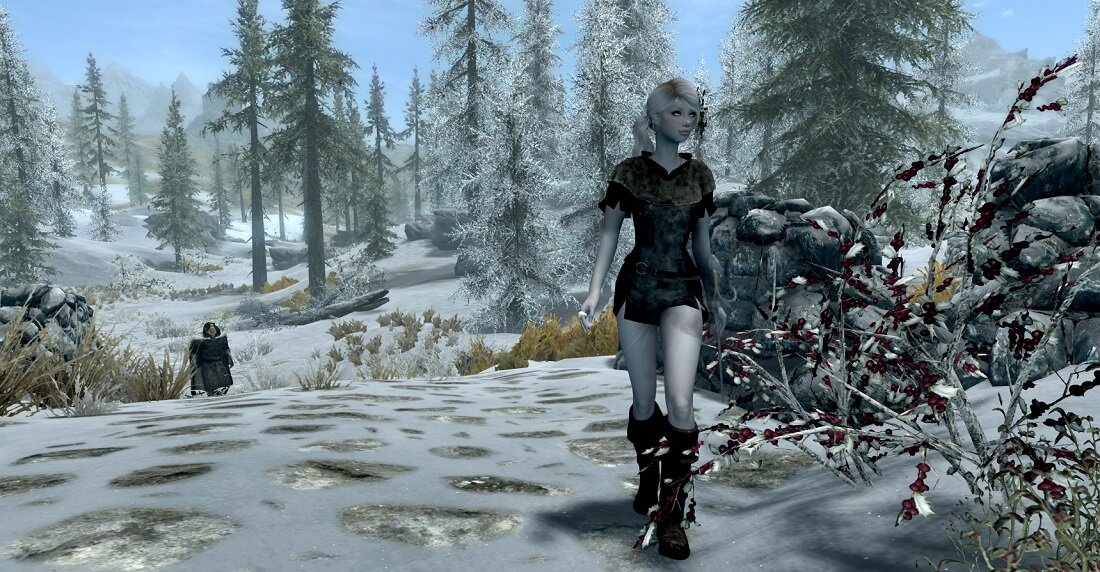