This is the working document containing the characters of my story, "The Simsfather".  The purpose of this document is to give you context surrounding each character's background, traits and desires.

If you intend to read the entire story, I highly recommend that you do not read any further and start with the first blog entry here.

You can read "The Simsfather, Part I" here.

UPDATE: As the cast gets larger, I will only include full descriptions of new characters or ones who have seen changes in their traits as a result of events in the story.  For the remaining characters, I will include the chapter in which they make their first appearance (signifying that they have not received an updated entry) as well as the hyperlink to the corresponding blog.  If you have not read that chapter, then you can go back to the Simsfather blogs and find the previous chapter (or where ever you are in the story) to read. 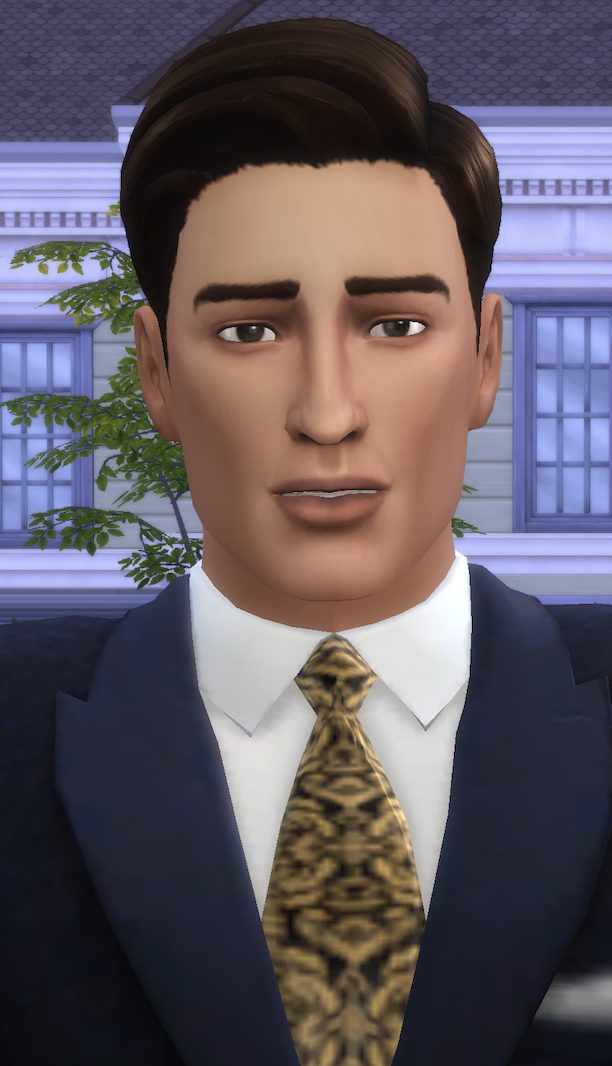 Born in Willow Creek to Alfredo and Vincenza Scaletta, Vito is the eldest child in his family.  Growing up during Great Depression sharpened his wits and chiseled his character as Vito watched his parents endure hardship after hardship as members of the working class.

Vito's conflict with his father began in his adolescent years as the latter's degenerative gambling and drinking created a schism between Vito and his mother.  His strained relationship with his father influenced Vito's decision to enlist in WWII, which was looked upon unfavorably by nearly everyone in Vito's life.

Upon returning from Germany and learning of his father's death, Vito promised himself that he would be the man his father used to be as opposed to the man his father became.  As such, he became even more protective of his mother and his kid sister, Frankie.

Update: Firmly entrenched as an associate of the Falcone Crime Family and as a drug dealer, Vito has become disillusioned with the life of crime.  Despite his newfound wealth, Vito has now become estranged from his mother and Frankie, the former of whom greatly disapproves of the person Vito has become.  The resulting dissonance has led Vito to question whether his new life validates the sacrifices he has had to make to his family.

Vito has forged a strong relationship with Vinci Family consigliere, Leo Galante, whom he views as a surrogate father.  Under Leo’s guidance, he has learned about the nuances of mob life which has offered Vito varying perspectives on life both within and away from the Family. 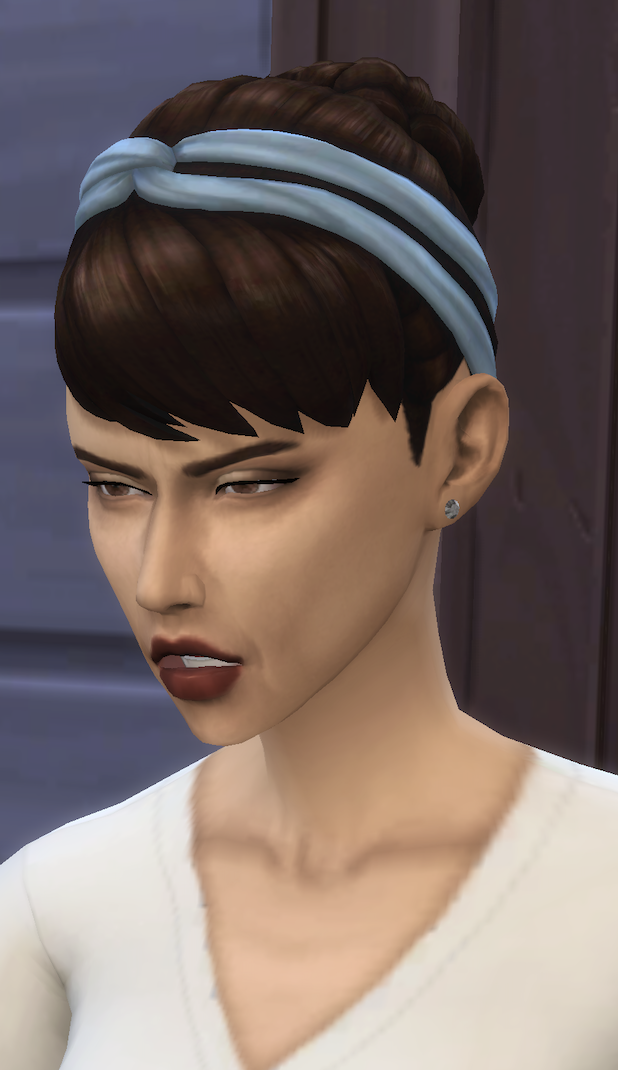 Vincenza was born in a "two mule" town in Italy to a large family.  It was there that she met her future husband, Alfredo, whom she'd wed in 1919.  Suffocated by undesirable economic circumstances, the couple left Italy in search of a better life, arriving at Ellis Island the following year.

A conservative, traditional and loving housewife, Vincenza is the ideal partner of her generation, which contributed to the newfound happiness she and Alfredo had found in Willow Creek.  Like her husband, however, the Depression changed Vincenza from a happy-go-lucky Italian girl to a worrisome cynic who constantly meddled in her family's affairs under the well-intentioned guise of "motherly love".  She endured years of emotional abuse courtesy of her husband's drinking and gambling habits, which saw him come home at odd hours with no explanation.  Even as her romantic life waned, Vincenza faithfully fulfilled her duties as a wife and matriarch of the family.

Update: After the events of “When Danger Approaches”, Vincenza distances Frankie and herself from her son, Vito. She has declined the weekly payments that Vito had been sending to her after learning the methods by which the money had been obtained and she prevents Frankie from seeing him.

Heartbroken, Vincenza has chosen to retain her principles and remains committed to protecting the last innocent child she has left. 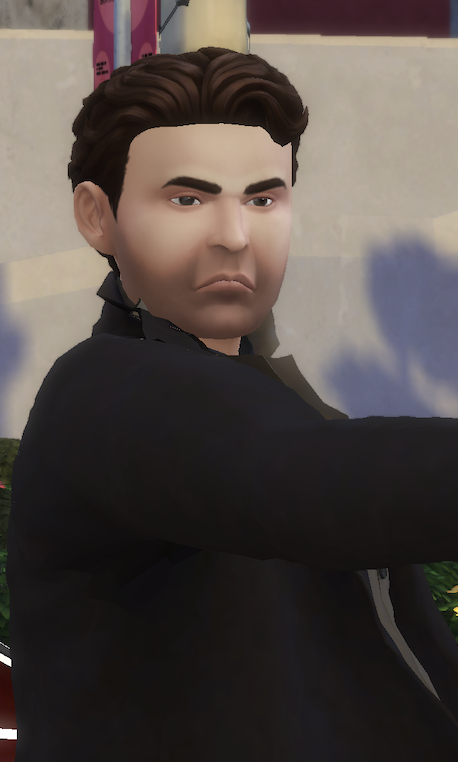 Joe is the childhood best friend of Vito.  Viewed as Vito's older brother, Joe always kept an eye on Vito in school and made sure that no one picked on him; he even initiated a few fights if he perceived the slightest amount of disrespect towards his best friend.  As an adult, Joe has dipped his nose into less than reputable ventures, which can be attributed to his pugnacious nature.

Quick with both a word and a gun, Joe plays as hard as he works which has created a small reputation for the towering Willow Creeksman as a thrill-seeker and womanizer.  Joe is fiercely loyal to those around him which has earned him the undying love and respect of his best friend, Vito.

Update: Joe has maintained his playful and care-free nature, while becoming more aggressive in his attitude towards the business.  This is evident after Joe becomes a made man in the Falcone Family, upon being referred by Leo Galante.

As a made man, Joe has been extremely proactive in earning the trust of Don Carlo Falcone, planting himself in the heart of the family’s rackets.  He has proven to be a strong earner, supplementing his income with the side business of drug dealing.

During the Vinci-Falcone conflict, Joe has joyfully carried out numerous hits against members of the Vinci Family.  Some may say that Joe is truly comfortable during times of conflict rather than peace.

After learning of the Simkuza’s involvement in Henry Tomasino’s death, Joe hastily kills Simkuza boss, Che Hu Hong, which threatens to cause another war. 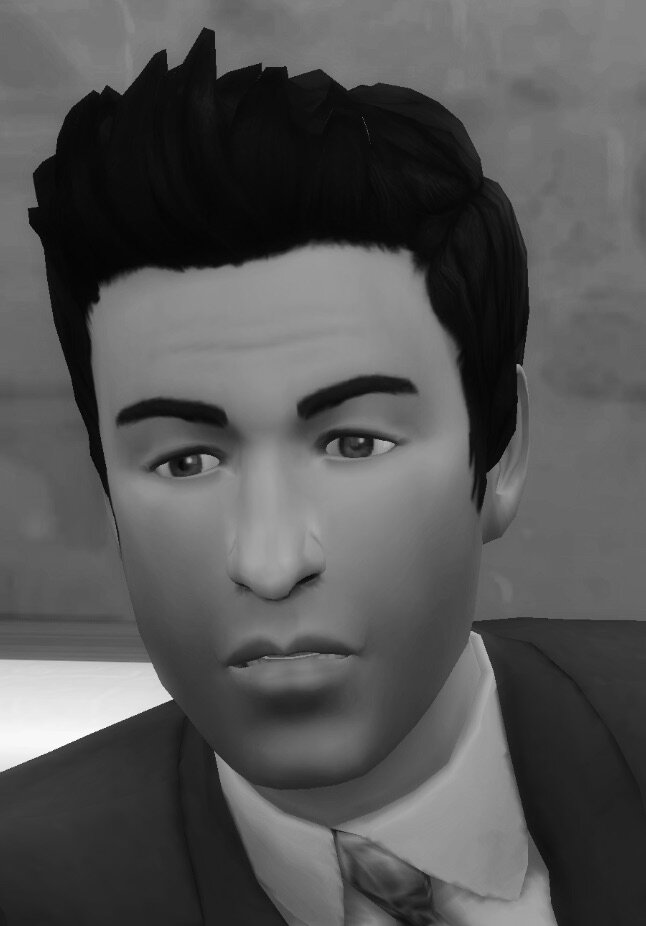 The second childhood friend of Vito, Henry Tomasino was also supportive of the latter's decision to enlist in WWII.  Sometime during the war, Henry joined the Falcone Crime Family, becoming one of the fastest rising stars; this culminated in his being "made" by early 1944.

While he is the oldest of the three, Henry did not have the same bond with either friend that Vito and Joe had and it has translated into their adult lives.  Nevertheless, Henry maintains an entrepreneurial mind, which has endeared him to Joe in a manner of speaking.

One of Henry's tendencies is his ability to read a room and know when to make himself scarce.  While that may gain the favour of the higher ranking members of the Family, it tends to create tension amongst his peers.

Update: As he balanced his life in the family with that of being a drug dealer, Henry began distancing himself from Joe and Vito.  Marriage and a newborn child placed Henry under extreme financial distress. As a result, Henry attempted to navigate side deals involving his drug business, which he kept hidden from his partners, Vito and Joe.

After a drug deal went awry, Henry, along with Joe and Vito, scramble to come up with money to kick up to Falcone, who has increased the tribute tax in order to finance the war against the Vinci Family.  Before the trio can meet, Henry is ambushed by the Simkuza, who butcher him to death in Magnolia Blossom after learning that Henry is working for the FBI.


Whether Henry flipped at some point, was always a federal informant, or never was a rat is unclear. 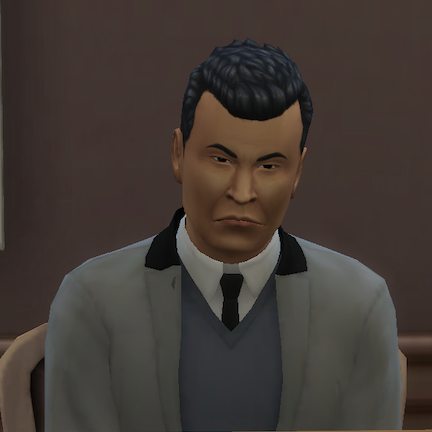 Hong is a leader of the Simkuza, Willow Creek Chapter.  Henry Tomasino does business with the Simkuza in Chapter 6.

Update: After successfully marking their friend Henry Tomasino for death, Hong is executed by Joe after the former refused to disclose where Henry’s money from the failed drug deal had gone.  Hong’s death may trigger a full-scale war between the Simkuza and Falcone’s family, the latter of which is currently embroiled in a stalemate with Frank Vinci’s family. 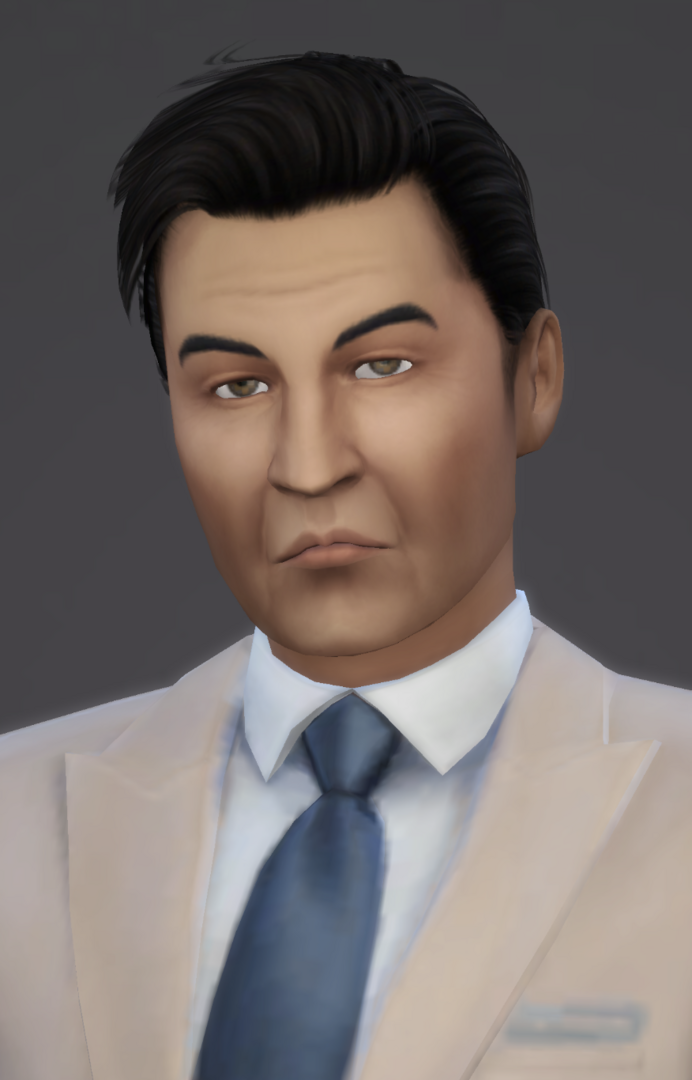 Considered the weakest boss out of the five, Ernesto Clemente maintains the weakest family in Willow Creek - at least to an untrained eye.  Clemente utilizes maligned perceptions of his family to his advantage, often lulling his enemies into a false sense of security before striking.  Despite his diminutive stature, Clemente has carved out quite a reputation for himself as he has held his own alongside the other bosses for nearly 20 years.

He is considered a patron of the "arts" as he is often seen frequenting his own brothels and underground casinos.  The Clemente Family also maintains a significant shylock presence in Willow Creek. 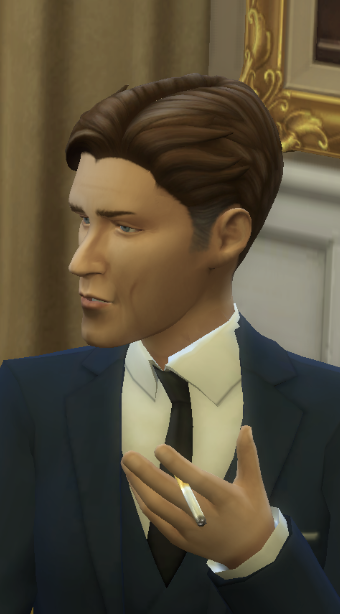 Coming from a humble background, Cosimo entered the criminal underworld at the age of 16 as a way to provide for his family.  Working for the local don, Cosimo rose through the ranks, relying on his diplomacy and shrewdness to eventually become the head of the family.

He is the most principled out of the five bosses and only resorts to violence if there is no other alternative; when necessary, Cosimo has shown that he is unafraid of being unapologetically brutal, which has contributed to his legend.  As one of the wealthiest bosses in Willow Creek, Cosimo has significant ties to legitimate business enterprises and often rubs shoulders with Willow Creek's political elite; he is as untouchable as a mob boss can be.

The Cappas (read Capps) were once great friends and allies of the Monterelli (read Monty) family until the Great Depression saw both clans sever ties.  Since then, both Cosimo and his contemporary, Valentino Monterelli, have maintained personal and professional rivalries. 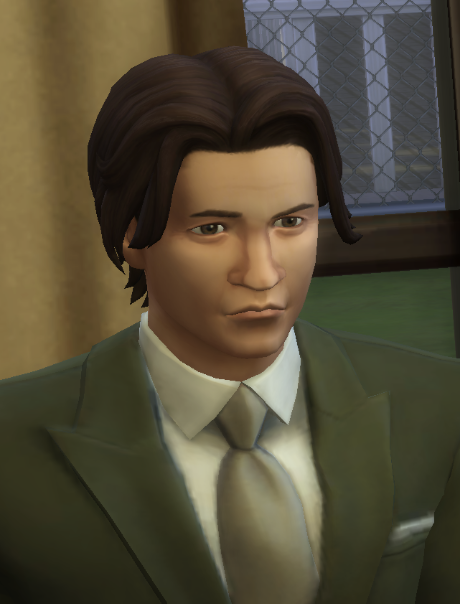 Boss of the Monterelli Crime Family, Valentino also came from humble beginnings.  He and Cosimo Cappa did their first work together in the late teens during the economic upheaval that followed The Great War.  During the 20s, the Monterellis and the Cappas severed ties and became archenemies, a rivalry which has persisted into Valentino's adult life.

Valentino is known for his fiery temper and penchant to fight in an underhanded manner.  He is not one to abide by a code of conduct and is the complete antithesis from his rival, Cosimo.  He does, however, inspire tremendous loyalty in those who know or work for him, a trademark to his natural ability as a charismatic leader. 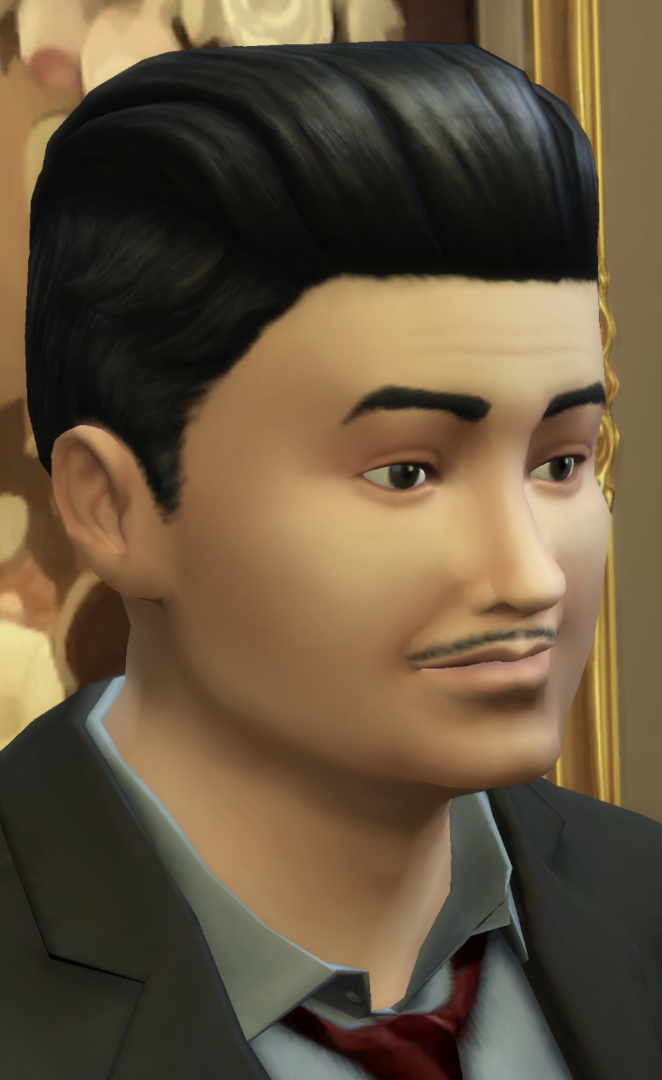 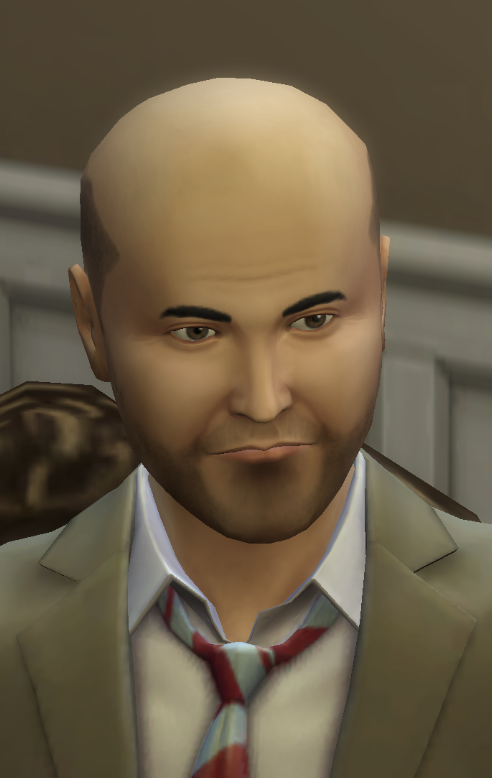 Derek, along with his right-hand man, Steve Coyne, oversees the docks of Evergreen Harbor and has been aligned with the mafia in Willow Creek for nearly 20 years.  He controls the flow of imports/exports and kicks a percentage of the taxed goods to the different bosses, depending with whom he is doing business at that time.

As the former employer of Vito’s dad, Alfredo, Derek has expressed to Vito that his father was a strong worker whose death “greatly affected him.”