"This one, she looks... breakable." The Orc who is speaking doesn't sound concerned, more like he's excited.

"She's a Princess," says her Master. "But she hasn't broken so far."

"A human Princess? Hahahaha! I always wanted to fuck one of those!"

Maer, of course, is not actually a Princess, but this is not the time to carry on about Breton social ranks. 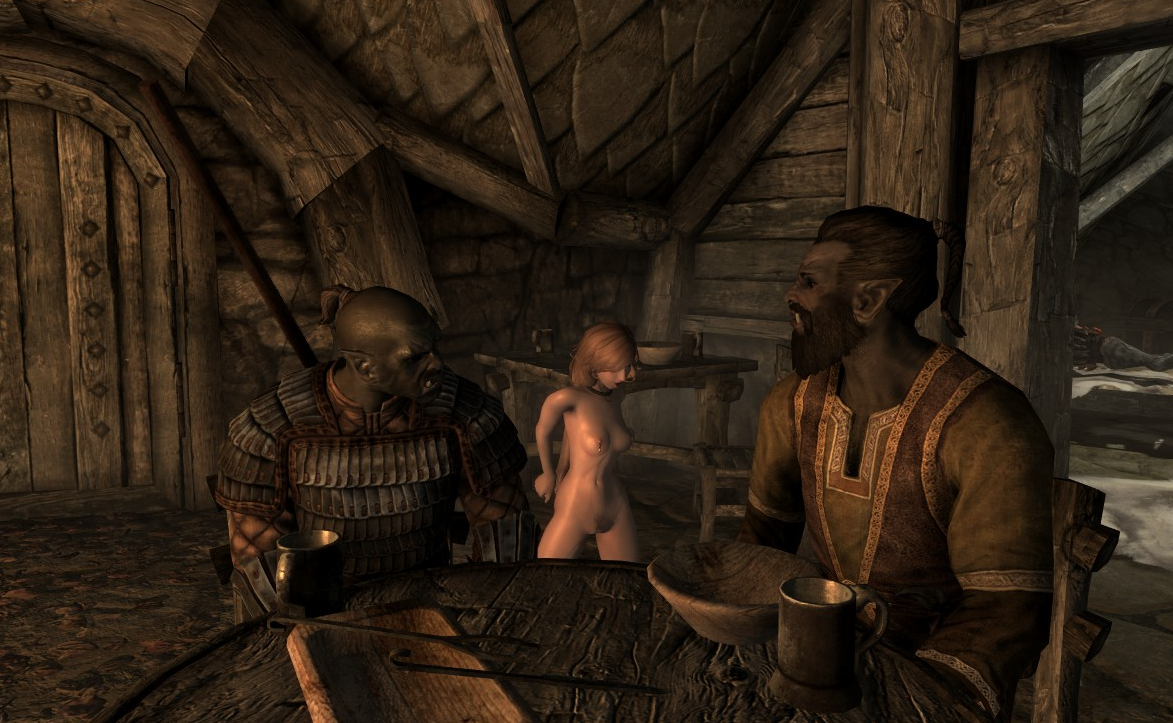 At least when she's whoring herself out, Maer gets to decide whether to approach a potential client or not, more or less. She can even turn away clients as long as her Master isn't around (and he's usually off drinking). Now she has no agency at all - she's a play-thing with no say about when playtime starts or stops. Still, she's pretty sure that she won't like the consequences if they think she's not committing herself to the fucking, so Maer does her best. 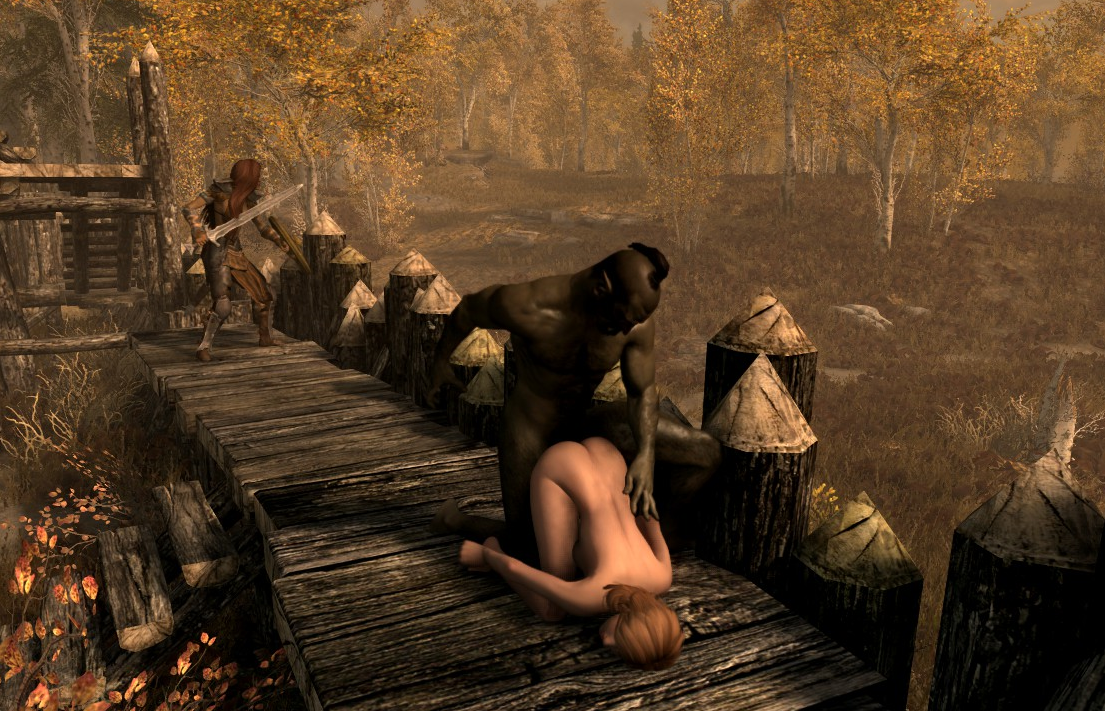 They didn't come Largashbur just for Maer to get fucked, though. Her Master has another purpose. He brings Maer to the Orc witch, who examines her. Then the two talk. Maer can't hear every word but she catches some snippets

What are they talking about? Maer strains to hear while looking like she's not listening at all. But she can't hear enough to give her any answers, just a sense of foreboding. 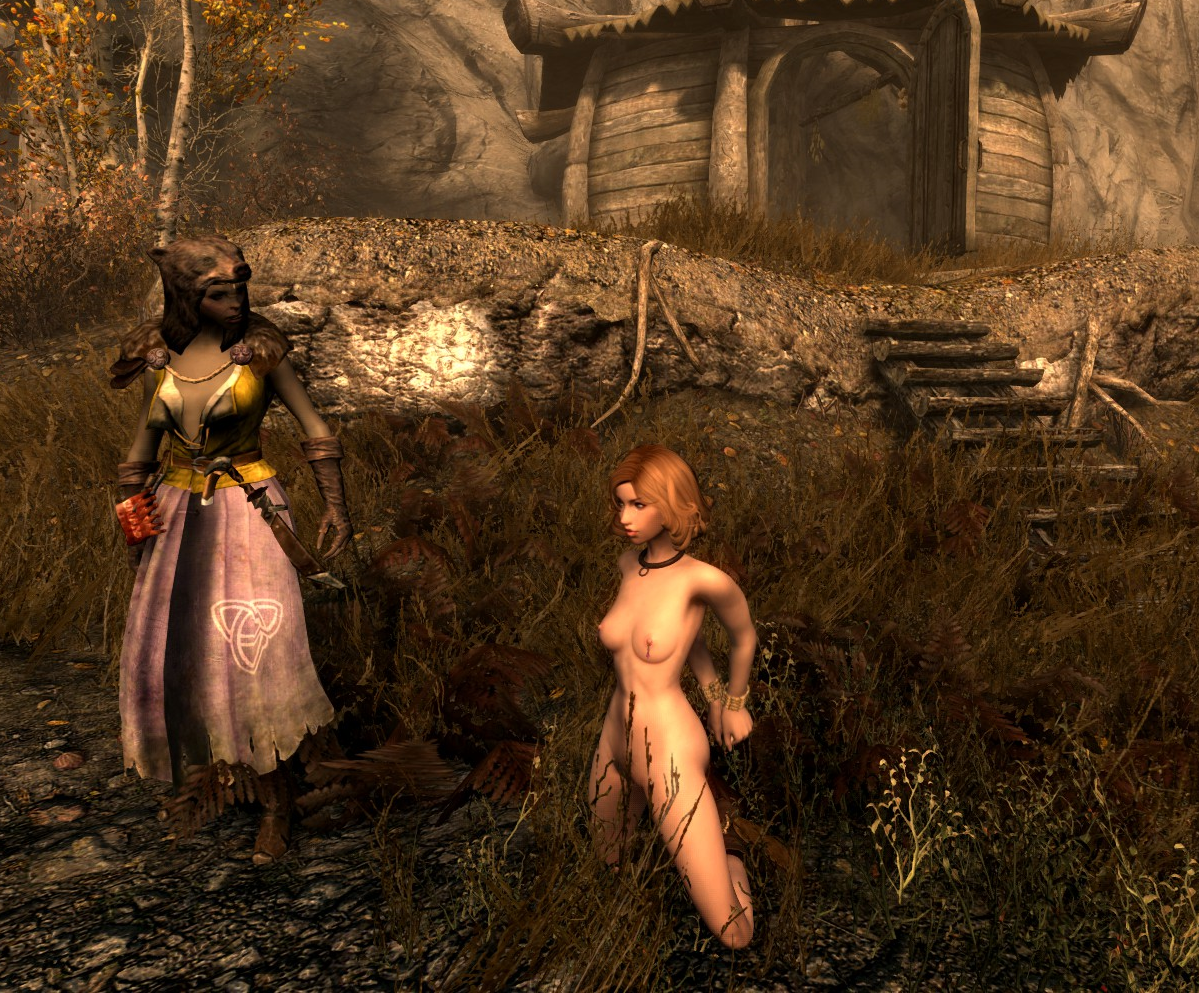 The Chieftain of Largashbur has a problem and Maer's Master has apparently agreed to help with it. In fact, the Chieftain also has a second problem - the need to ejaculate. Luckily, there's a new fresh play-thing available to help him with that.

After coming to Largashbur, Maer sucks a lot of Orc cock. Orc semen does taste distinctly different than regular semen, she realizes. Unpleasantly so, in Maer's opinion. 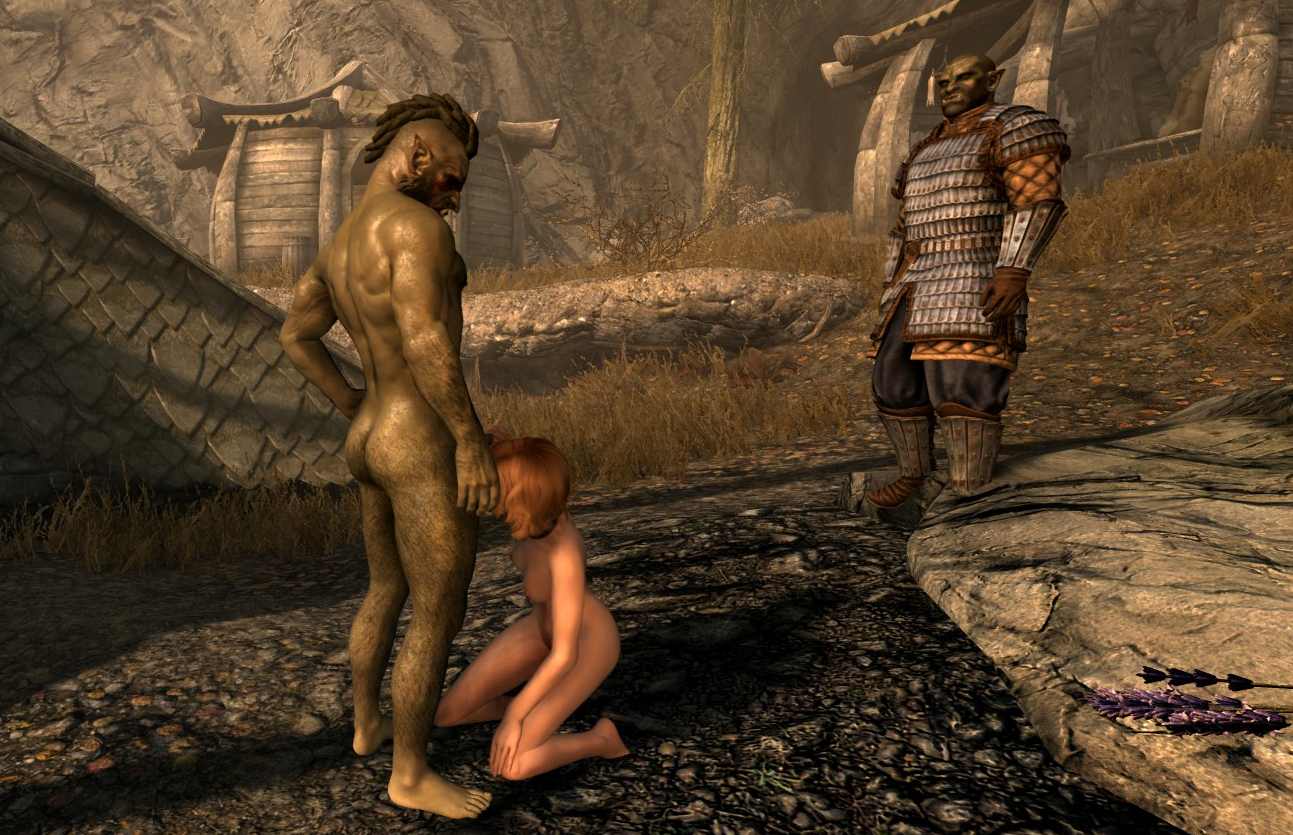 After a bit more play time, they set out to do whatever it is they need to do the help the Chieftain.

"Her tits are too small," opines the Chieftain as they walk.

"Agreed, but the slender waist is nice and her ass isn't too bad." Her Master pauses for a bit before adding "Best thing about her is her cunt, though. Nice and tight in spite of everything, and she gets wet like that!" He snaps his fingers.

"She's a great little cocksucker too, I have to give you that. Where'd you find her?"

"Bought her off a fellow named Robgeirr. He's a Thane in Whiterun now. He's made a business of luring girls into slavery using nothing but sweet-talking. Does the initial breaking in and training too. He's great at it. This one's a mage."

"For real? Incredible. I mean, I prefer taking slaves in battle but it's less hassle this way I guess. How much did she cost you?"

"We agreed on an arrangement. I'm taking care of some business for him. He's playing some sort of political game, and I'm clearing out some people who're in the way. Nothing too onerous."

They talk as if she's not even there. Or rather, as if it doesn't matter if she hears. Which maybe it doesn't. 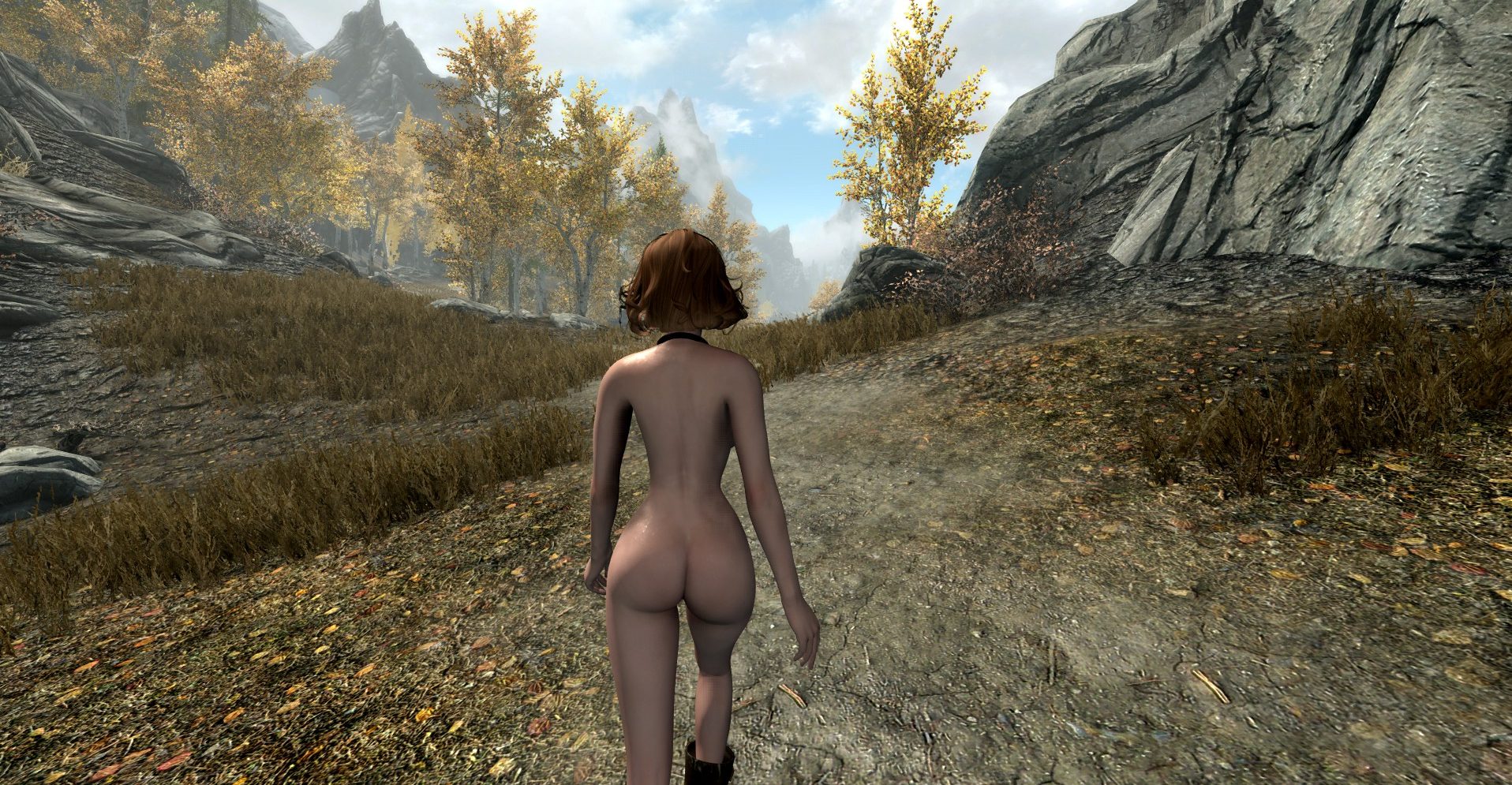 The three of them pass through a cave system, fighting a few easy battles along the way. Maer, of course, carries whatever they loot. 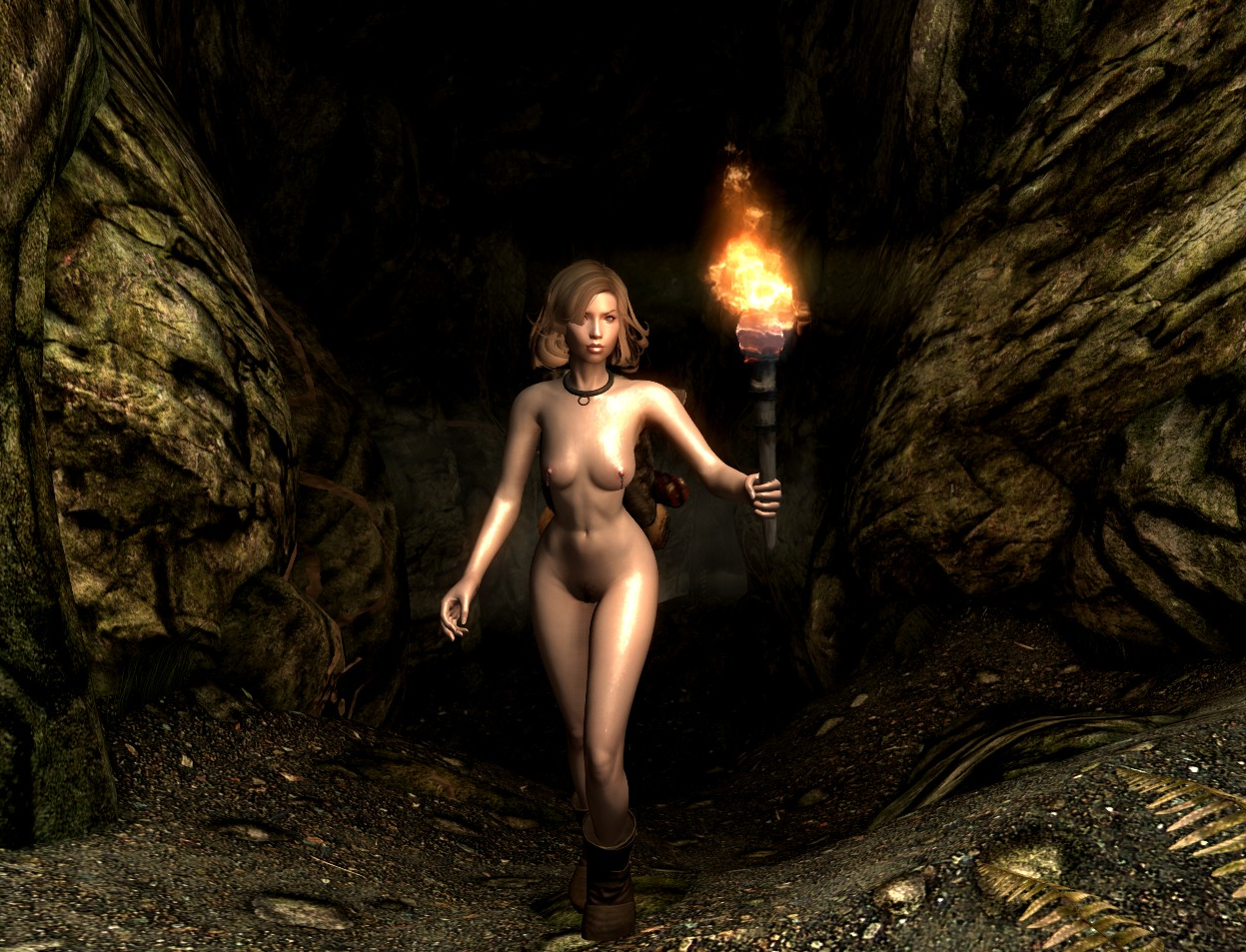 They've exited the cave into the cold evening snow of a mountain valley, and the Chieftain wants to fuck. Maer hopes it'll at least warm her up a little. 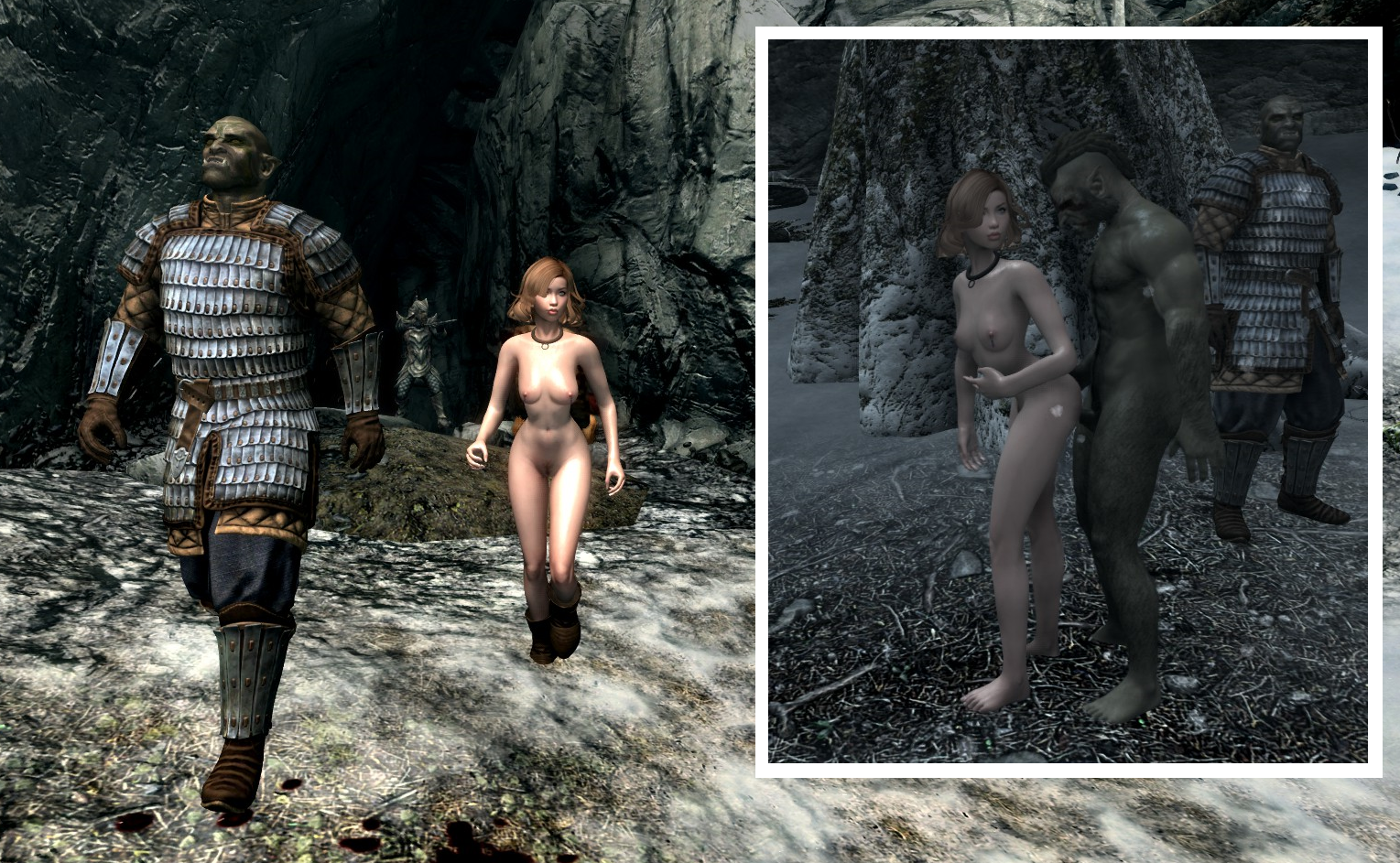 When the Chieftain is done, Maer's Master gives her a bottle. "Drink."

What's this? He's not offering her a nice drink, it's some sort of (large) potion bottle.

She uncorks the bottle and wrinkles her nose. It doesn't smell very good at all. Her Master does that thing where he looks at her, clenches his jaws just a tiny bit, and cocks his head a fraction of a degree. It means "careful now, you are this close to a brutal beating."

Maer winces and starts drinking. The thick, viscous liquid is pretty vile. But there's no helping it, down it goes. The texture and flavour reminds her of cold Orc semen, only worse and a bit thicker. It's muskier, though, and there are also some alchemical ingredients in there for sure (she's an accomplished alchemist after all). But there's so much of it, she almost chokes. Some of it runs down her chin.

"Don't waste any," says her Master.

Maer stops drinking, wipes the rivulets off with her fingers and sucks the liquid off. Her Master and the Chieftain are both watching her intently. There's still more left in the bottle. She closes her eyes, takes a deep breath, and forces the rest of it down. The disgusting texture lingers in her mouth and throat. Awful.

"Play-thing," says her Master, "you are going to go down to that bonfire down there. You see it?"

Maer nods. She's feeling less cold than she was before. The drink was obviously a potion of some sort. What's it for? Why did she have to drink it?

"There's a giant down there. Offer yourself to him. When he's done fucking you, offer yourself again. Keep doing it over and over again, until I tell you to stop."

"A giant?!" Maer's eyes are wide with fear and she speaks before she thinks. Oh no, he'll beat her for her impudence, but still she can't stop. "I can't... it's too big... I'll... there's no way..." she trails off. The idea of a giant's cock forcing itself inside her is momentarily more terrible than the prospect of her Master's wrath.

He doesn't knock her down on the spot like she expected. Instead he says "when a woman gives birth, her bone structure changes to accommodate the baby. This potion has a similar effect. You will be... fine...." He smiles.

"But... I... please..." Maer pleads weakly. She can feel a warmth in her gullet where the potion went down, and more warmth in her abdomen... her genitals too. It sort of feels like she's radiating heat.

He grabs her by the throat and lifts until she's barely on her tippy toes. Maer picks at his hand with little success as she chokes. Her Master's eyes are stern now.

He releases her and she falls to the ground, gasping for breath. What can she do? She's naked and alone in the mountains with two fully armoured Orc warriors. Obedience is the only option.

Slowly she picks herself up. She stands there for a moment... then another moment. Then she hears her Master move behind her. She's pretty sure that's the sound of him grabbing his cane, so she starts walking.,.

... towards the fire. She can feel her heart beat... she can feel the blood course through her veins... her vagina feels like it's throbbing... she starts dissociating... it's like she watching herself take each step towards the giant's fire. Is it the fear that's doing it? Or is it the potion? Is she drugged? She's not sure, but it doesn't feel real...but it has to be real. Wouldn't it be great if it is just a nightmare? If she can wake up and escape? But it isn't. It's really happening.

Sweet Mara and Dibella, Maer does not want to do this. Yet onwards she goes. 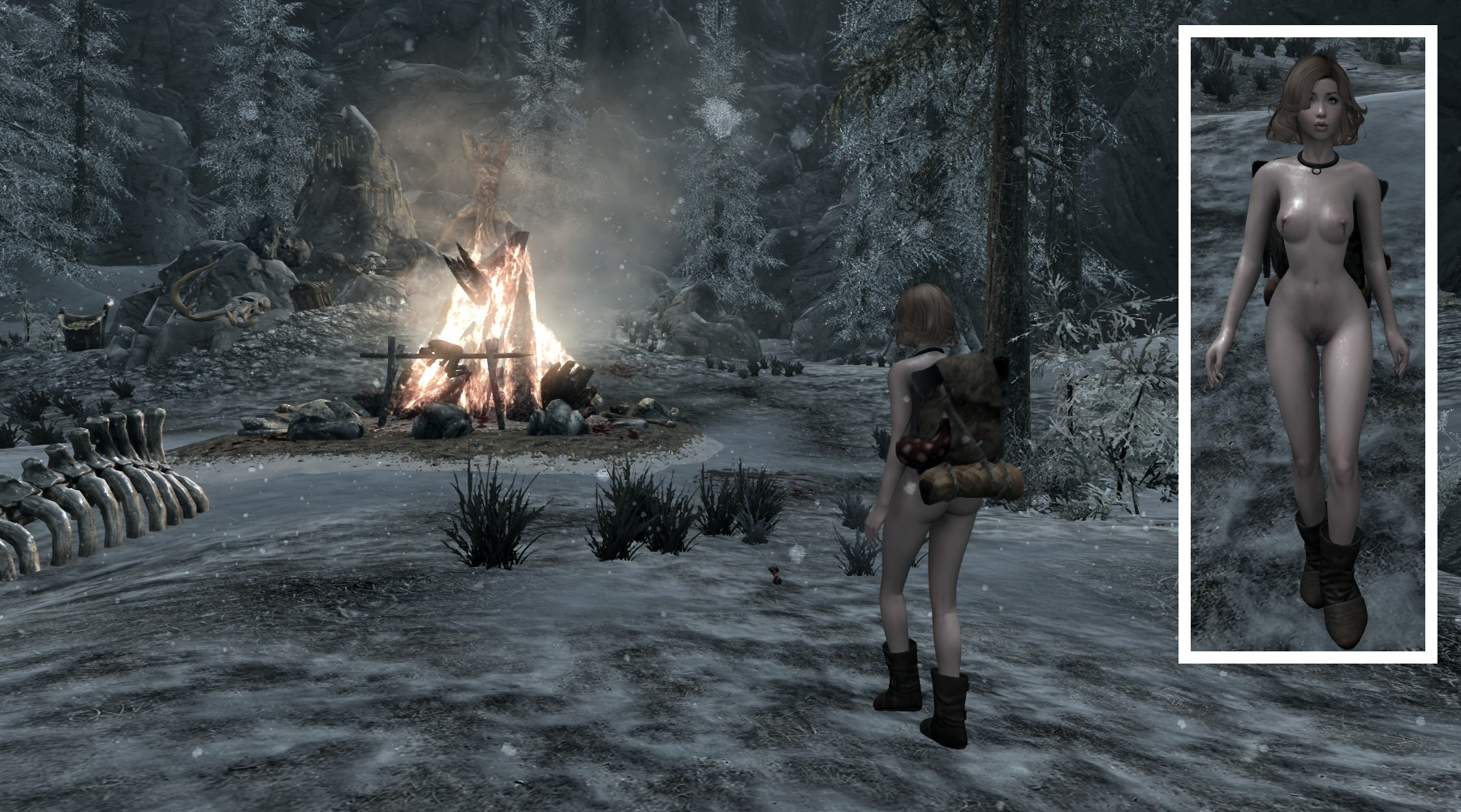