It was too good to last. Once again Maer is naked as they traverse Skyrim.

As they walk, Maer wonders how long is left of her enslavement. She lost count a while back, and her Master sometimes adds days as punishment for her failings. Maer considers asking, but she's pretty sure he'd beat her for asking pointless questions. She wonders if he'll ever actually let her go? It's probably naive to think he will. Why would he? What can she do if he doesn't? Maer sighs as the birds chirp in the sunshine. Best not to think about it. 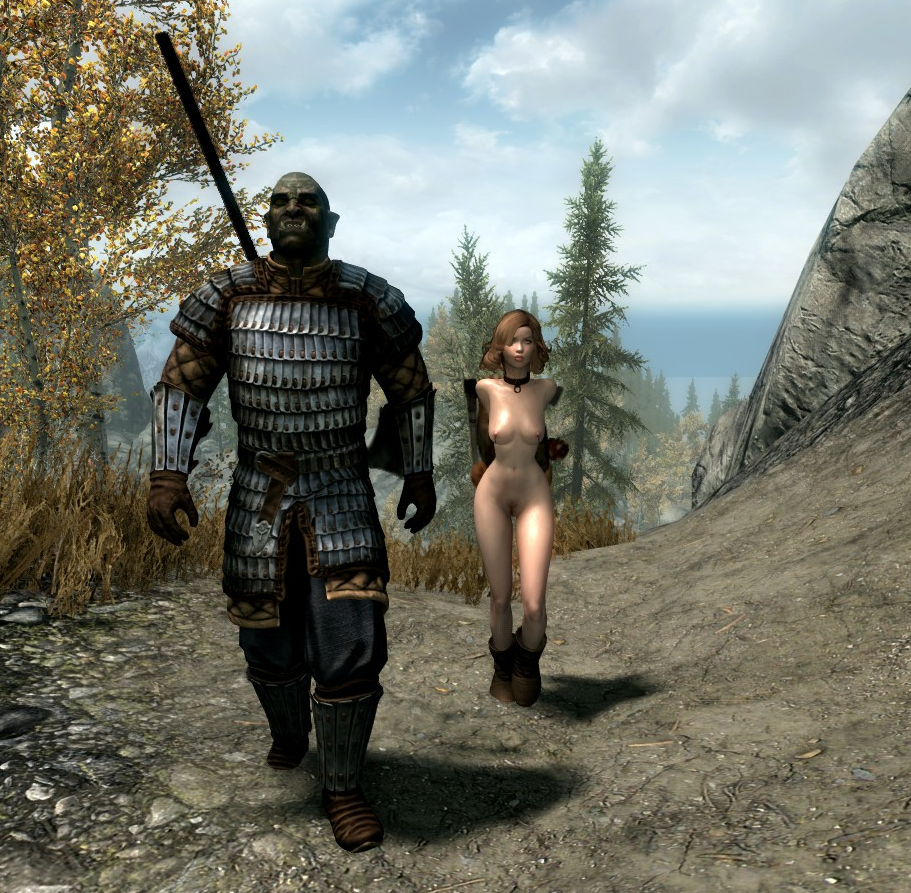 As they pass through smaller settlements, sometimes the locals want to fuck her. Clearly, her Master has no objections to whoring her out, but this time he just grunts and presses on. He must have some goal in mind, she supposes. 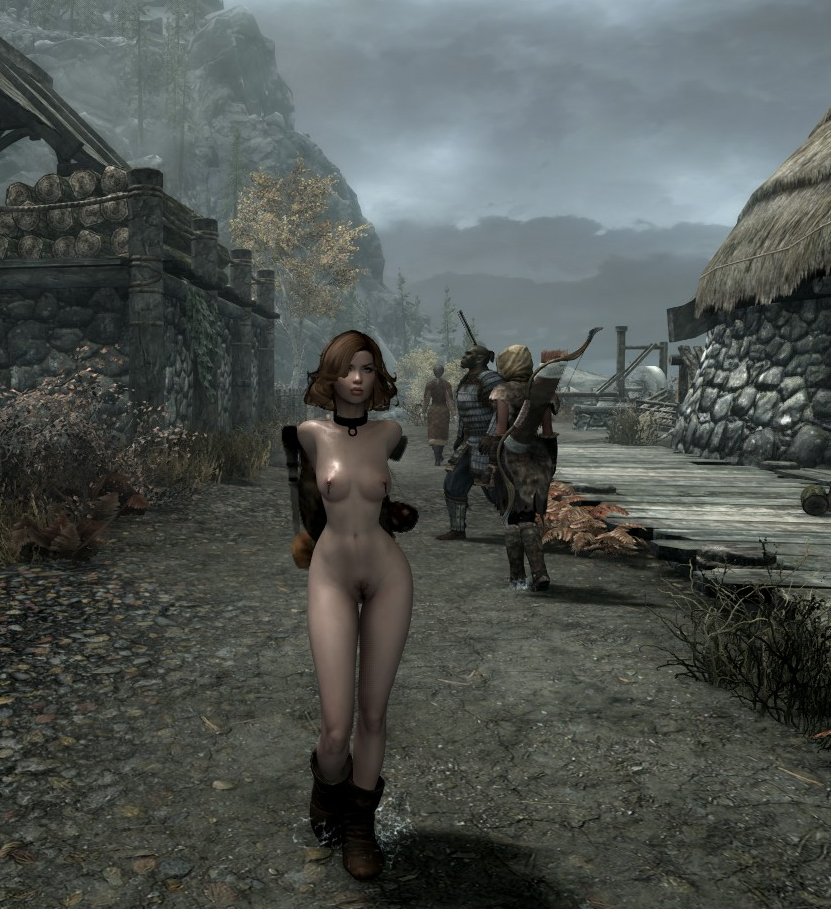 It being Skyrim, sometimes they're attacked. With Maer's hands being tied her back all she can do is hide behind her Master or run away from enemies. It's scary. While Dub is not a gentle Master, he's a known quantity. In  theory her enslavement is time limited with him as well. If he is killed, who knows what outlaws (or worse) would do to her when she's already naked and helplessly tied up?

Luckily, Maer's Master is an effective and brutal fighter and he keeps her safe. 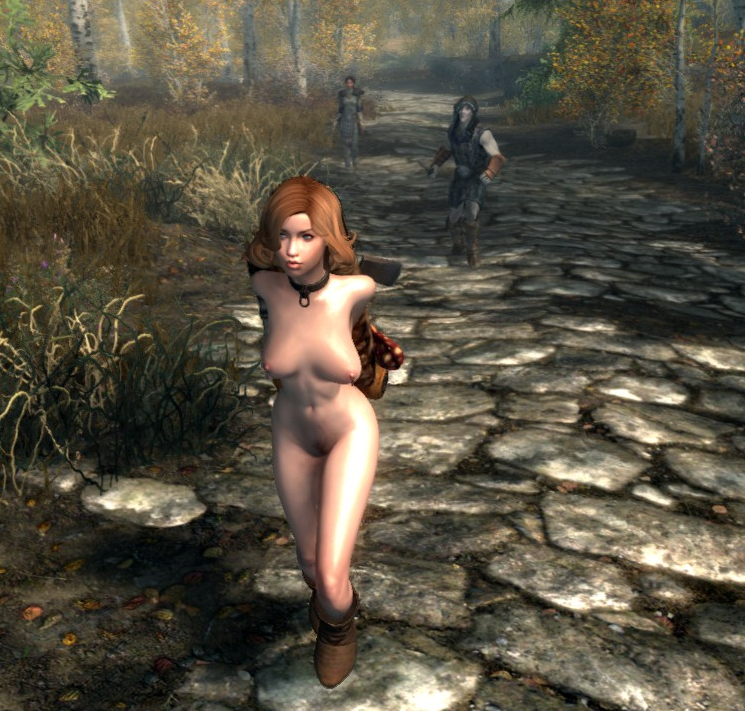 Maer's Master never told her, but she can tell he enjoys her talking to him like this when they fuck. She's kind of proud that she figured it out. It's not even like she's really acting. It is how she feels. She is afraid of Orcs, she does resent being Dub's slave... and those moments are the only time she can release those feelings... but he does make her feel good and filthy and excited.

As she lies there on the ground, her arms tied, her legs wide open all that exists is her body and the sensations her Master makes her feel. He treats her like dirt. Like less than dirt. But she looks at him and feels... best not to think about it, focus on the orgasm... there it is. Her moans turn into high pitched squealing as the climax shakes her body. 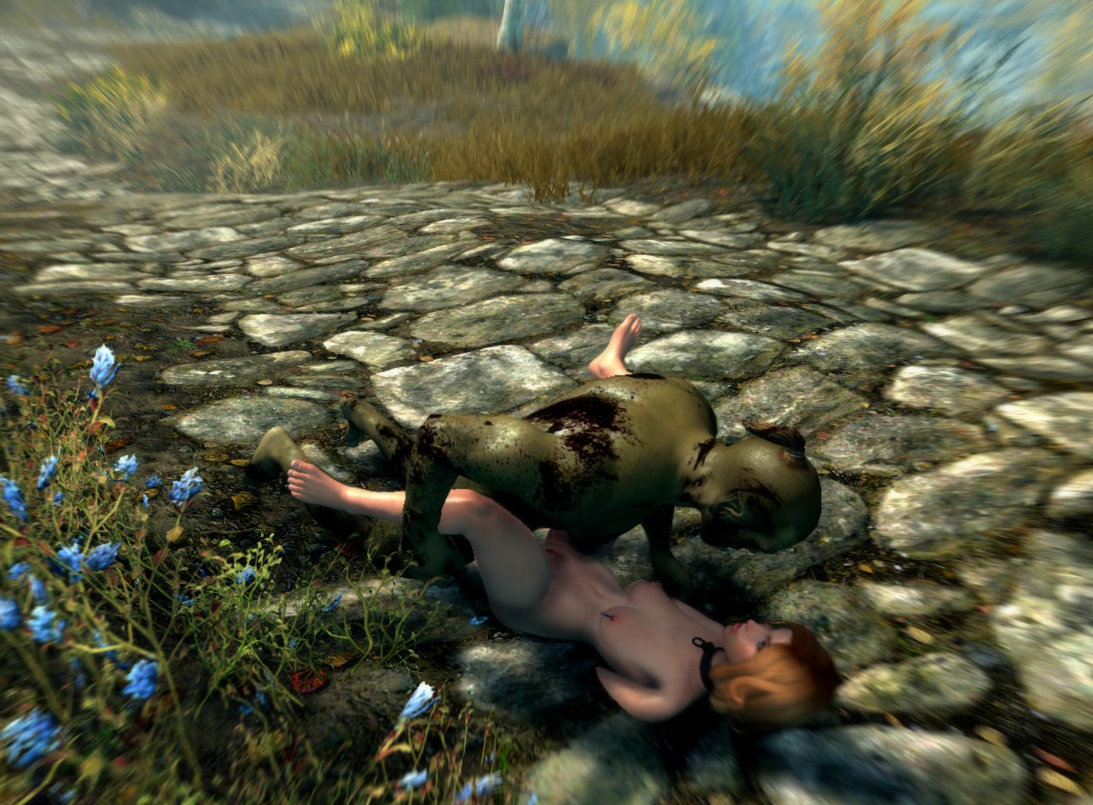 As they approach the town, cold mists descend from the hills. It's one thing to be naked on a sunny day. It's another thing altogether to be naked on a cold, misty evening, but such is the lot of a mule.

There are a few formalities gaining entrance to the city. Handling them is, once again, is Maer's lot. 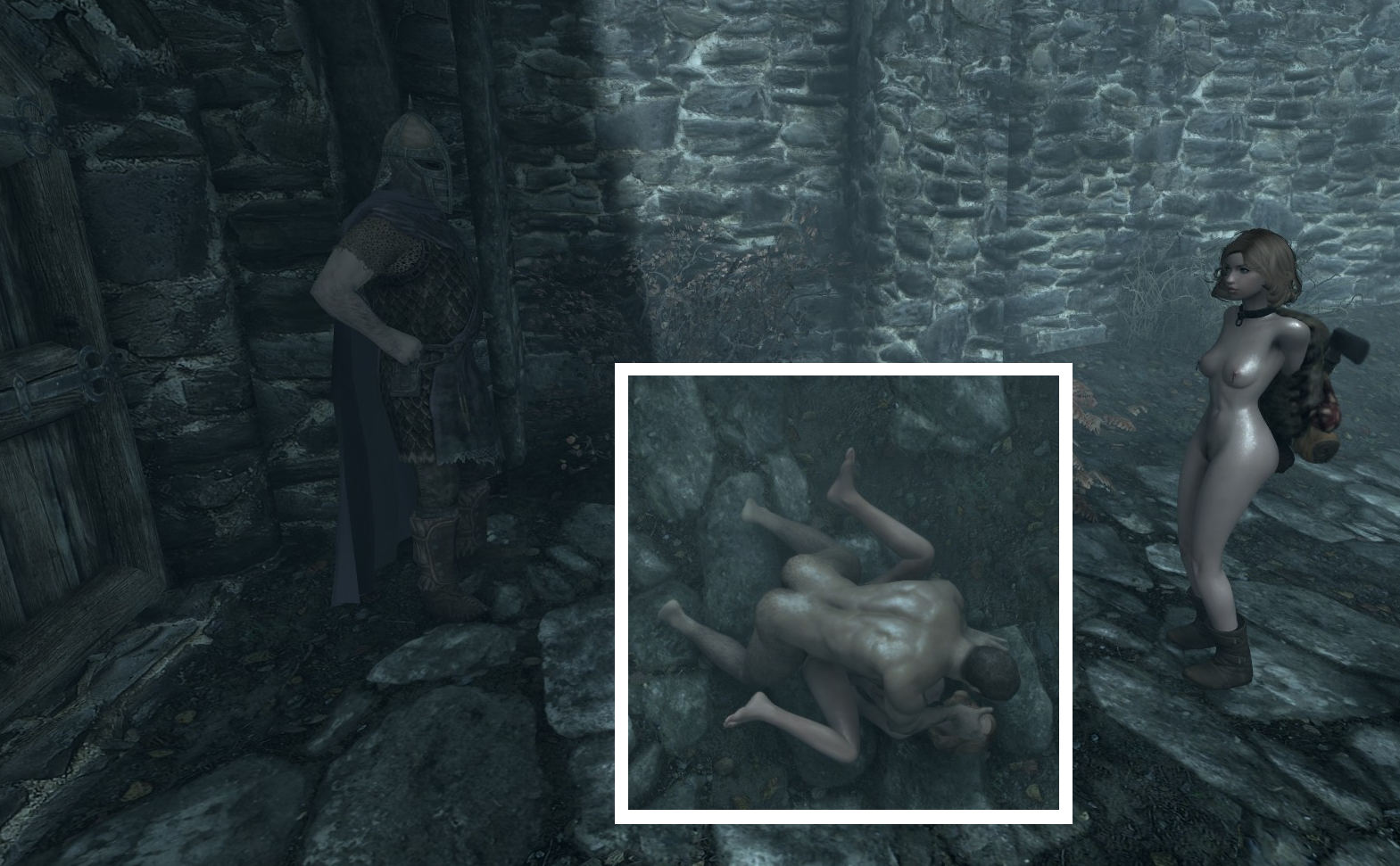 Maer sells everything they looted - and some potions she's made - and hands the money over to her Master. He lets her keep 10% and over time it's added up to a bit of a surplus, even accounting for the money she's had to spend on supplies.

Later that evening she goes to the inn-keeper.

"I don't think you can afford it."

But Maer can. She's looking forward to finally spending a night in a proper bed.

She snuggles into the sheets when her Master slips into bed with her. That is to be expected, she's his slave after all. Normally she is fucked on the ground or the floor (in fact, that's what happened just ten minutes prior). It'll be a nice change of pace to fuck on a bed.

Instead - and to her surprise - he shoves her out of the bed. She lands on the floor with a thump and a yelp.

"Sleep on the floor," he says as he rolls over in bed.

It's uncomfortable and Maer feels sorry for herself. It seems no matter what she does, she has to adjust her expectations downward. 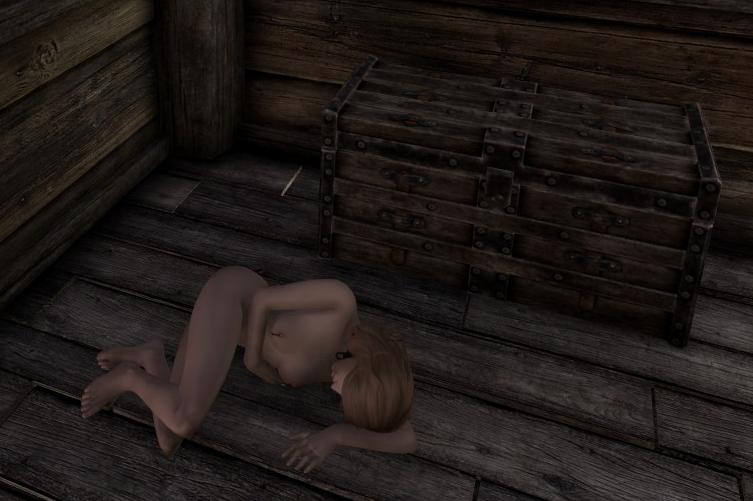 After the morning fuck, her Master demands that Maer shows him her money.

"You've been skimping on supplies to waste money on frivolities," he says as he pockets it all.

Then he spanks her. It hurts, but at least it doesn't break her skin as the cane would. Still Maer feels it's supremely unfair, and she knows she shouldn't complain. That is the life of a slave. You think you have something, but you have nothing. She thought she was used to it... but evidently she isn't, not yet. Maybe she never will be. 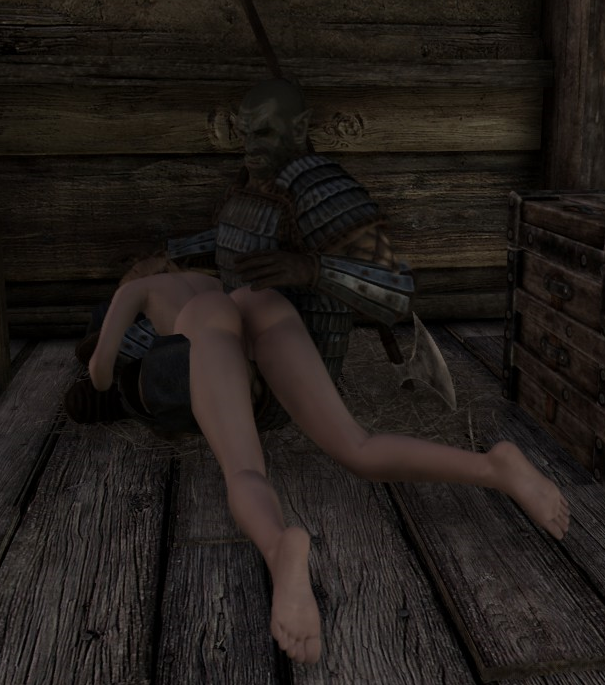 After a while, they veer off the main road down a side path. Another outlaw camp, perhaps? No... it looks like a fort or something....

They approach the gates. Her Master shouts out something in the Orcish tongue.

Slowly the gates creak open. It's an Orc Stronghold. Should she be nervous? Yes, it is very rational to be nervous. She knows Orcs are cruel and brutal. Her armpits and palms get clammy with cold sweat... what will they do to her?