On the way back to Markath, Maer's Master says "you need to bring in more money. 1 000 septims by tonight. If you don't have it, we can take it out of your share of the party funds."

Originally, when they'd first partnered, before she was a slave, Maer had borrowed some money for spellbooks from her now-Master. She'd also agreed that he was entitled to a daily rate of pay out of the party funds. After a little while Maer agreed to let her friend hold the money - it was quite heavy - and manage it for her. That way she could focus on her magic studies. It had worked out great, because the money they made from adventuring was more than enough to cover any outlays, and Maer generated even more cash from her potion-making.

Generously - and with a playful smile - her friend had also added money to her share whenever she agreed to one of his "deals" as he called them - the various piercings and the "I'm a slut" game and so on. Jokingly he'd added that if she ever got into the negatives with her money, she could always take more "deals" to make up for it. It'd never been topical, though, because the cashflow was good - even when Lydia and Leona starting collecting their respective shares.

Now, however, her Master is demanding money from her since she is his slave. And when she doesn't have it, he just takes it from her share. Now, they are still making some money adventuring, and Maer is still been making some potions but this trip to the Reach has not been super profitable all up. Between that and her Master's demands, Maer is suddenly getting dangerously close to the negatives.

She wonders if that whole "deals" thing still applies. Such are Maer's thoughts as they enter Markath, until she is interrupted by an approaching guard.

"You there! Come with me for a search." Of course he picks Maer. It isn't unusual for guards to pick on Maer like that, but usually she is able to sweet talk her way out of it. Not this time.

The search is very thorough. He inserts his fingers into her vagina, allegedly looking for contraband. He tugs at her clit-piercing a few times, which can't have anything to do with hidden goods. Maer tries not to respond, but she can't stop a tiny moan from escaping her lips. The guard chuckles. "Ah so you like that!" He curls his finger, probing deeper until he finds the right place. He starts rhythmically stimulating her g-spot. At the same time, using the lubrication from her pussy, the guard inserts first one then two fingertips into her ass;.

Maer tries to resist but it's hard not to move her hips to the guard's rhythm, to squeeze a little more sensation out of each stroke. She is moaning too, ever so lightly, in time with the finger fucking.

Suddenly the guard stops and says "alright we're done." She gasps indignantly, briefly frustrated that she is denied an orgasm. Then she remembers where she is.

"May I go now," she asks sullenly.

"Sure. One thing before you go... how much for a proper fuck?"

"I'm not a prostitute," she retorts with some heat, though she quickly catches her Master's eye. He just gives her a wink and a bit of a smile. Apparently he's enjoying himself.

"Could've fooled me," says the guard cheerfully. As she leaves, he smacks her ass playfully. 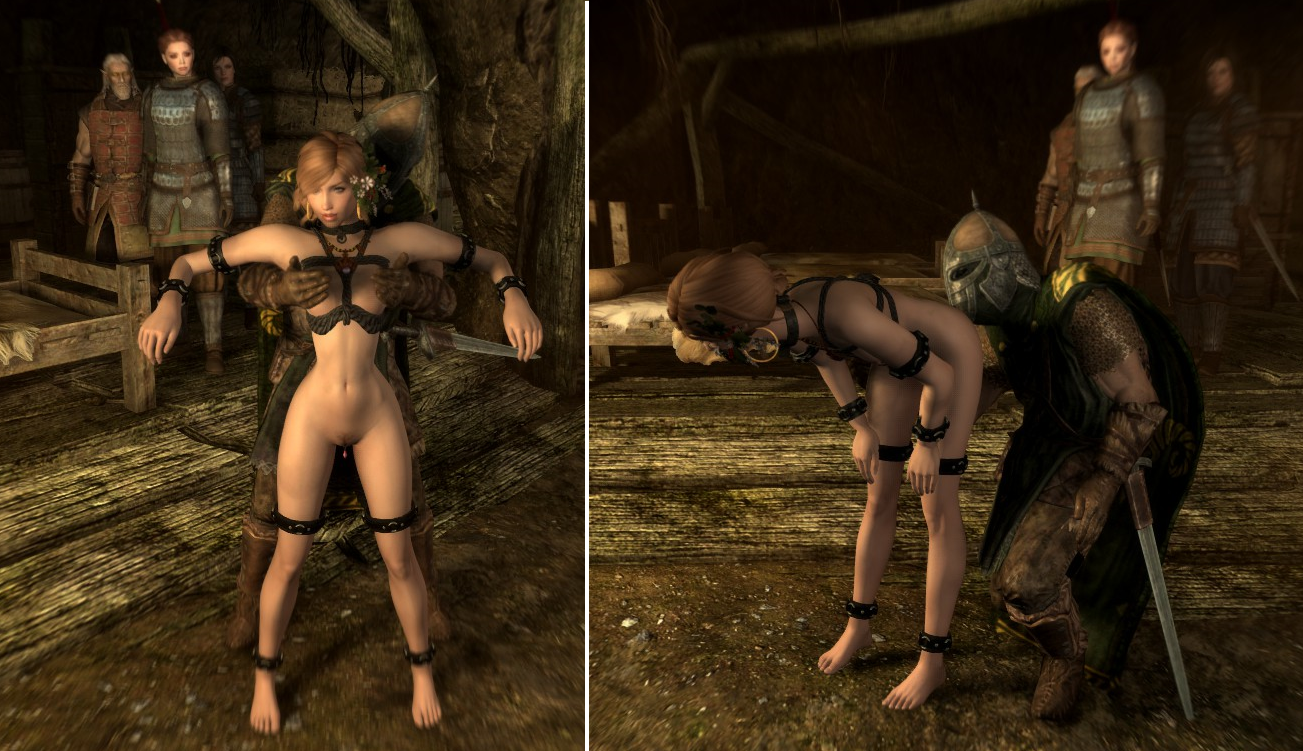 They bring Fjotra to the Dibellan Temple, where praise and rewards are lavished on Maer's Master for the heroic rescue. As a special favour to him, they allow Maer to remain an acolyte. Normally only free women may belong to the Sisterhood. It is, naturally, understood that she will not be initiated into any significant mysteries. She will, however, be allowed to study the various Dibellan arts so that she may please her Master better (and, of course, anyone else he tells her to please). 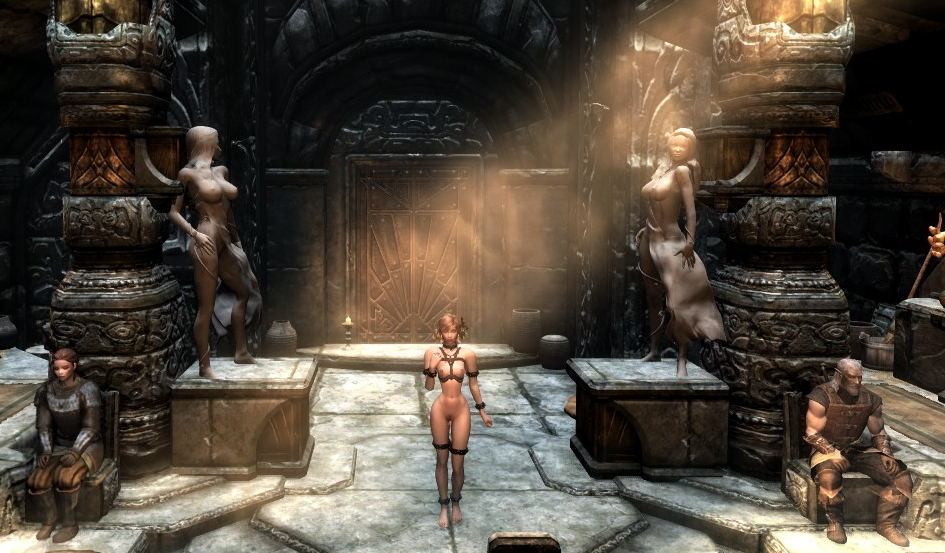 Maer's Master fucks her. As they're going at it he tells her "when I'm done with you, you're going to go whore yourself out and make me some money."

"What do you... UNH!" Her words are interrupted by her Master thrusting into her, hard.

He's got her pinned down on the floor. "Tell you what. If you can control yourself and not have an orgasm..."

"If you don't, I'll let you off the hook tonight."

It's not working. Slowly but surely she is building towards it. It's only getting more intense because she's trying to hold back.

"Face it. You're a whore." His words are almost tender as he increases the frequency and force of his thrusts. He places his hand over her gasping mouth, muffling her screams just a little bit as he brings her to a writhing, twitching climax.

Her Master finishes, then gets up, smiling. "I guess that settles it. You're a whore. You came even harder because you were thinking about it."

Maer is still sprawled on the ground, legs wide and eyes closed, gasping for her breath. That was intense. "Yes Master," she whispers "I'm a whore."

Eventually she picks herself off the ground, cleans up a bit, and starts wandering around the inn they're staying at looking for... for... customers.

Though Maer's mind reels at having sex with strangers like this, her body still responds. She has orgasm after orgasm and it leaves her reeling. After a while she can barely walk or think straight,. She is exhausted mentally and physically. Still, she keeps going. After a while she's basically completely useless.

Eventually, she's asked every man in the inn to fuck her. Some agreed, others pitied her. However, her Master gave her a quota and she's one short, so Maer ventures into the night streets of Markath.

It doesn't take too long before she finds a guard who's up for a fuck.

[Maer's stats with debuffs from wear, tear, and orgasm exhaustion:] 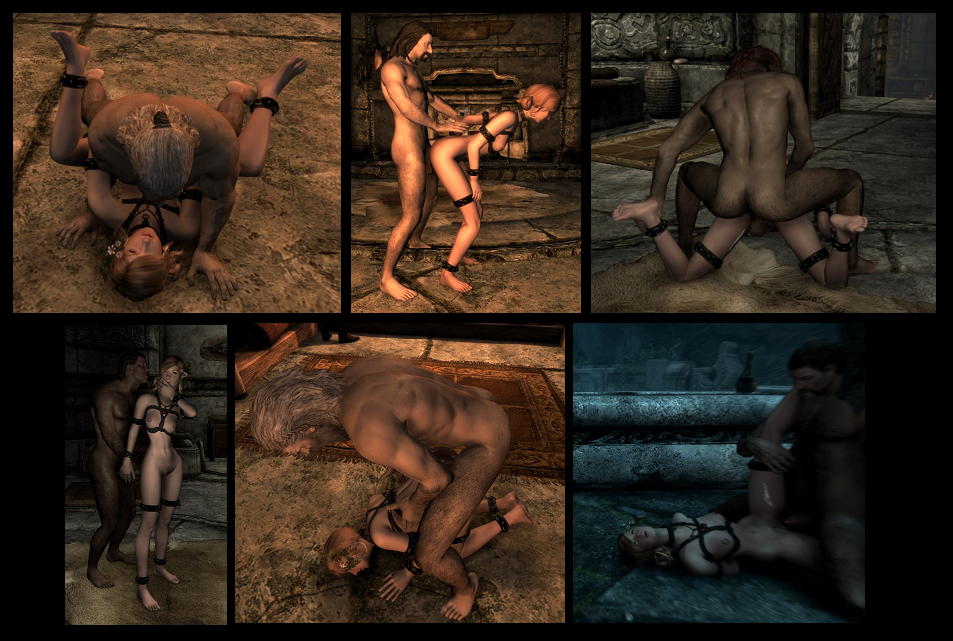 The next morning, Maer's Master asks Lydia "do you think my little whore has learned her lesson? Do you detect any insolence about her still?"

Lydia walks up to Maer, looking her up and down. She smiles, pauses, savouring the moment as Maer avoids her eyes. She puts her hand on Maer's chin, forcing it up. "Look at me," she says. Maer meets Lydia's eyes, trying not to flinch at the warrior's hard stare.

"Yes, she still has an air of insolence about her my Thane. I have no doubt."

Maer tries to keep any emotions from her face. Maybe she glares at Lydia just a little bit, but Lydia just laughs derisively.


"I agree," says her Master. "Just look at her reaction."

"Alright," he continues. "We're leaving Markath today. Slave. We're going to walk around a bit, and you will humiliate yourself in front of strangers. You'll lick their shoes, you'll tell them how much you like to fuck, that sort of thing. What do you think, slave, will it help improve you?"

He laughs. "Well you obviously need something to improve your attitude based on that answer. Let's go." 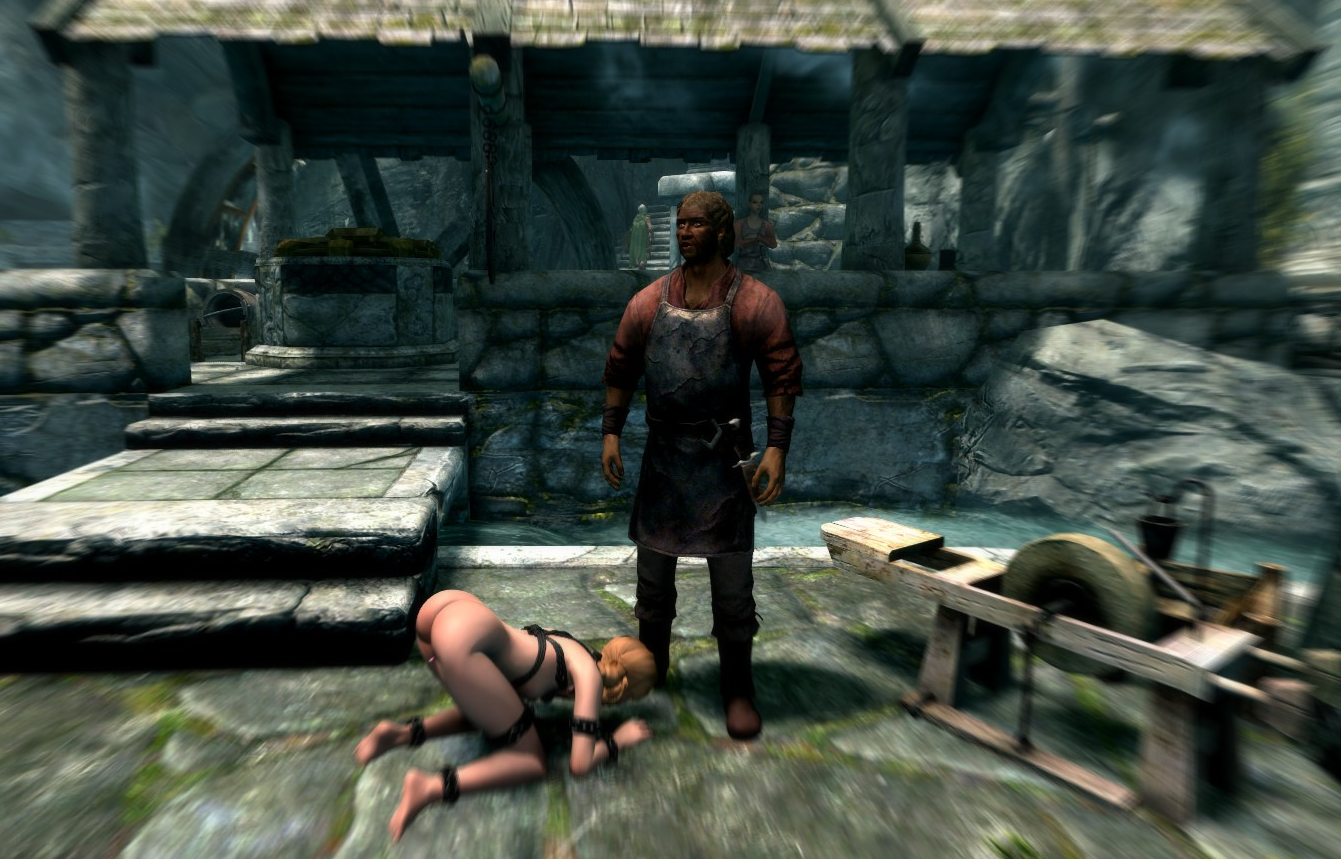 When Maer has been sufficiently degraded, they leave the city. Maer is instructed to offer her body in exchange for a wagon, but he driver will have none of it.

As they move along the roads, Leona remarks to Lydia: "the girl returns to Whiterun in a different state, I'd say. And with less clothes too."

"I reckon that's why the Thane brought her to Markath in the first place. To break her in," says Lydia.

"What? This whole thing was planned all along?" Maer wonders. As usual she doesn't speak, but she does look questioningly at her Master. He just smiles and gives her a wink before turning away. 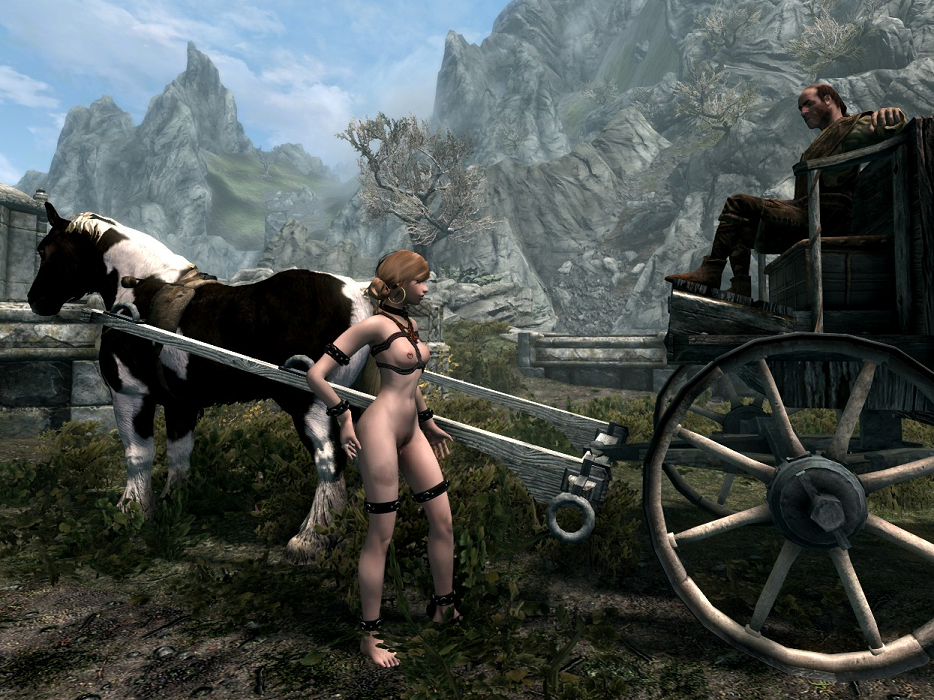