After her short encounter with Maya outside the house, Gina slept a little longer than usual. 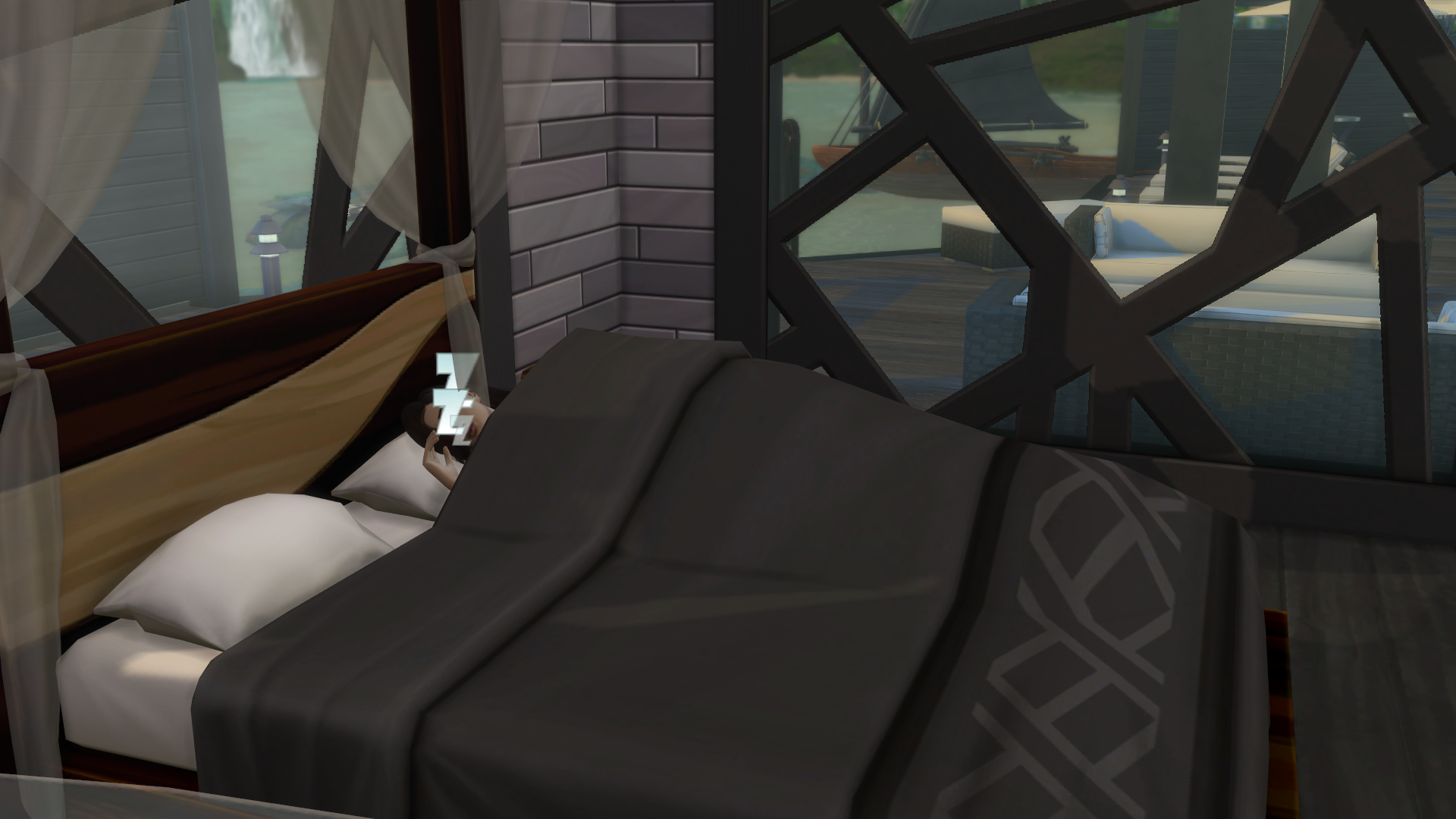 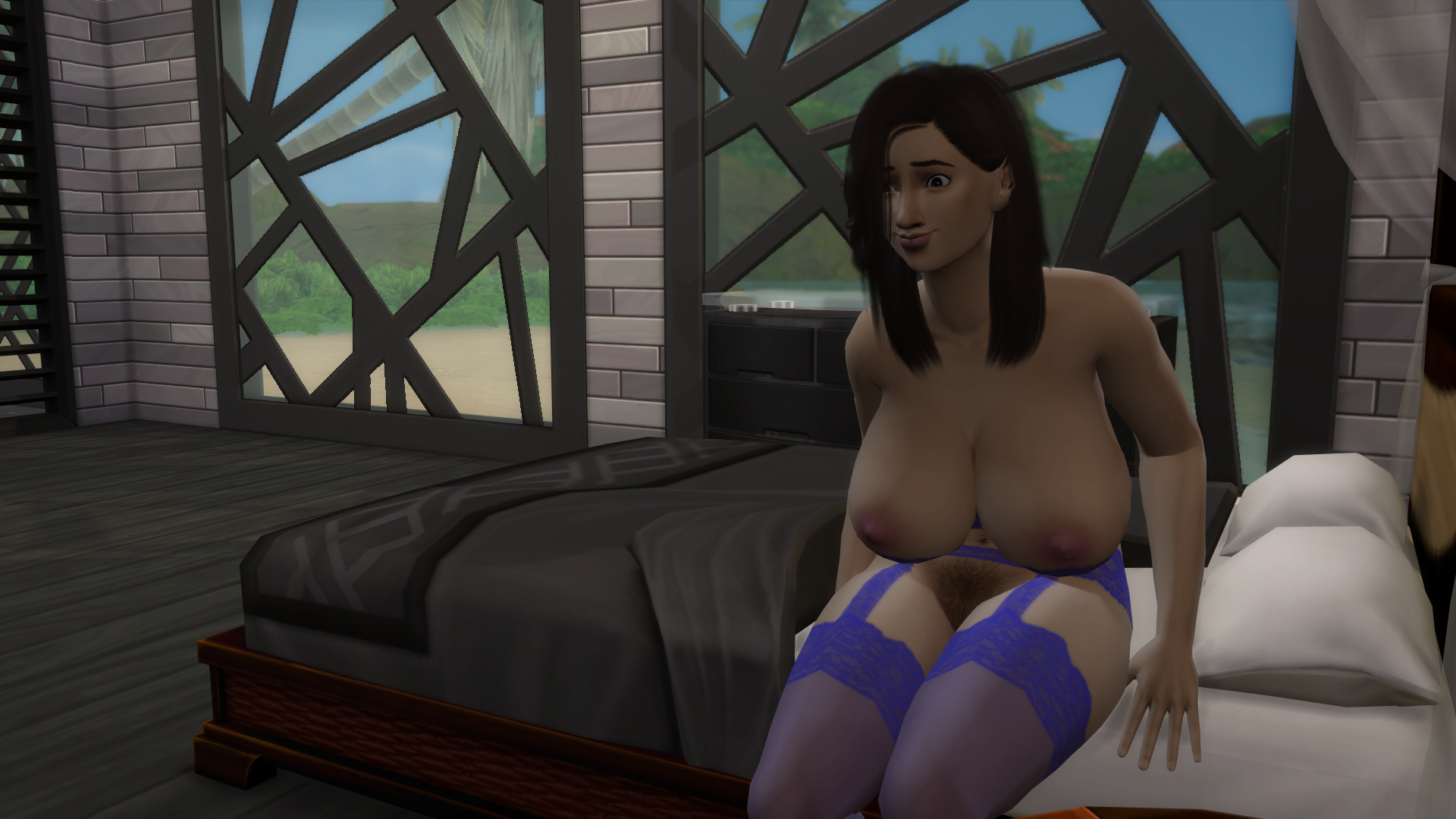 When she woke up, it was already forenoon. Normally, this would make her freak out and run to get ready for work at the Parliament, but this was vacation. Not entirely enjoyable for her, but still, work had to wait for now. 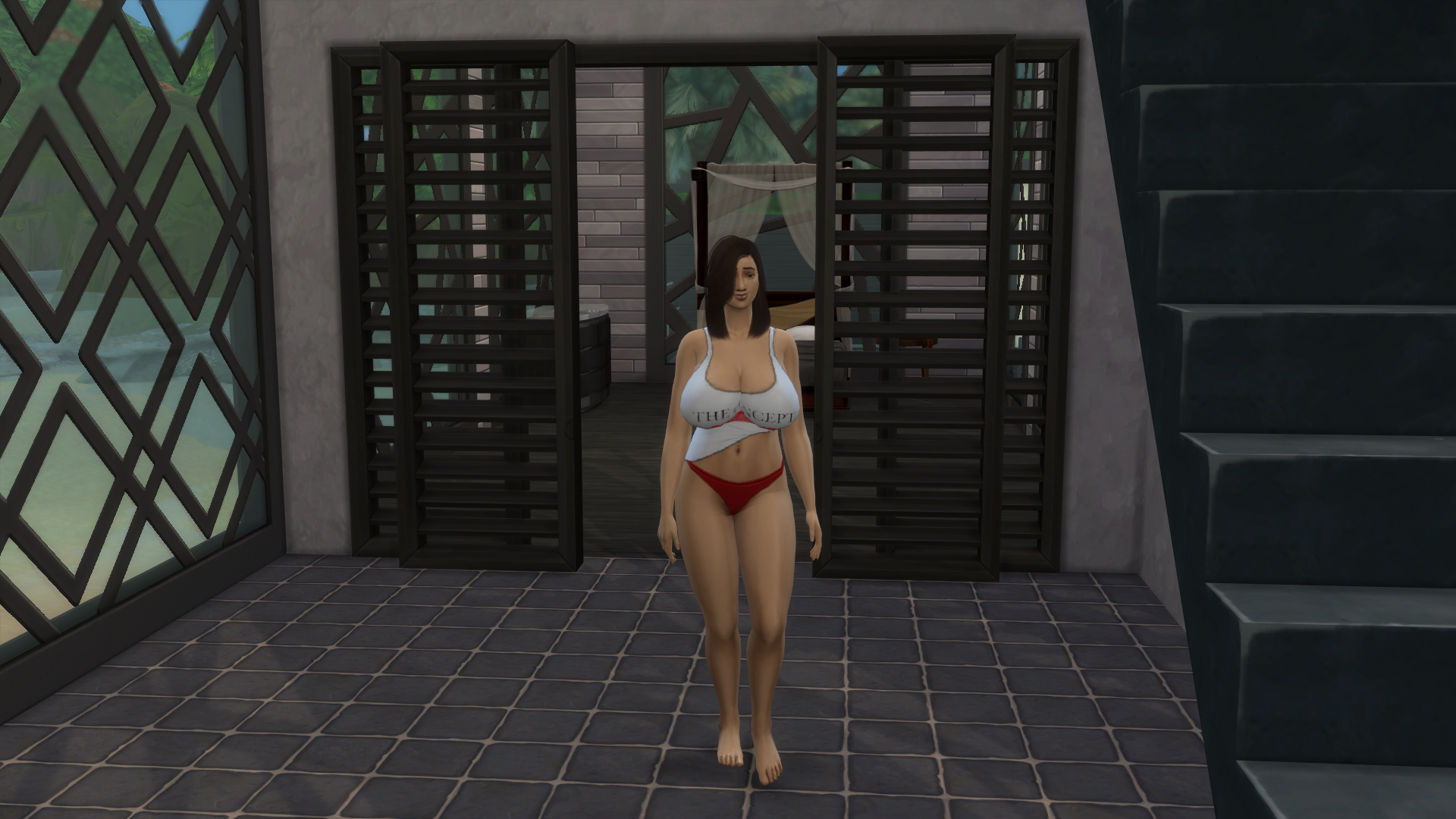 No, today's first thing on her mind after getting only comfortably dressed would be a good breakfast. 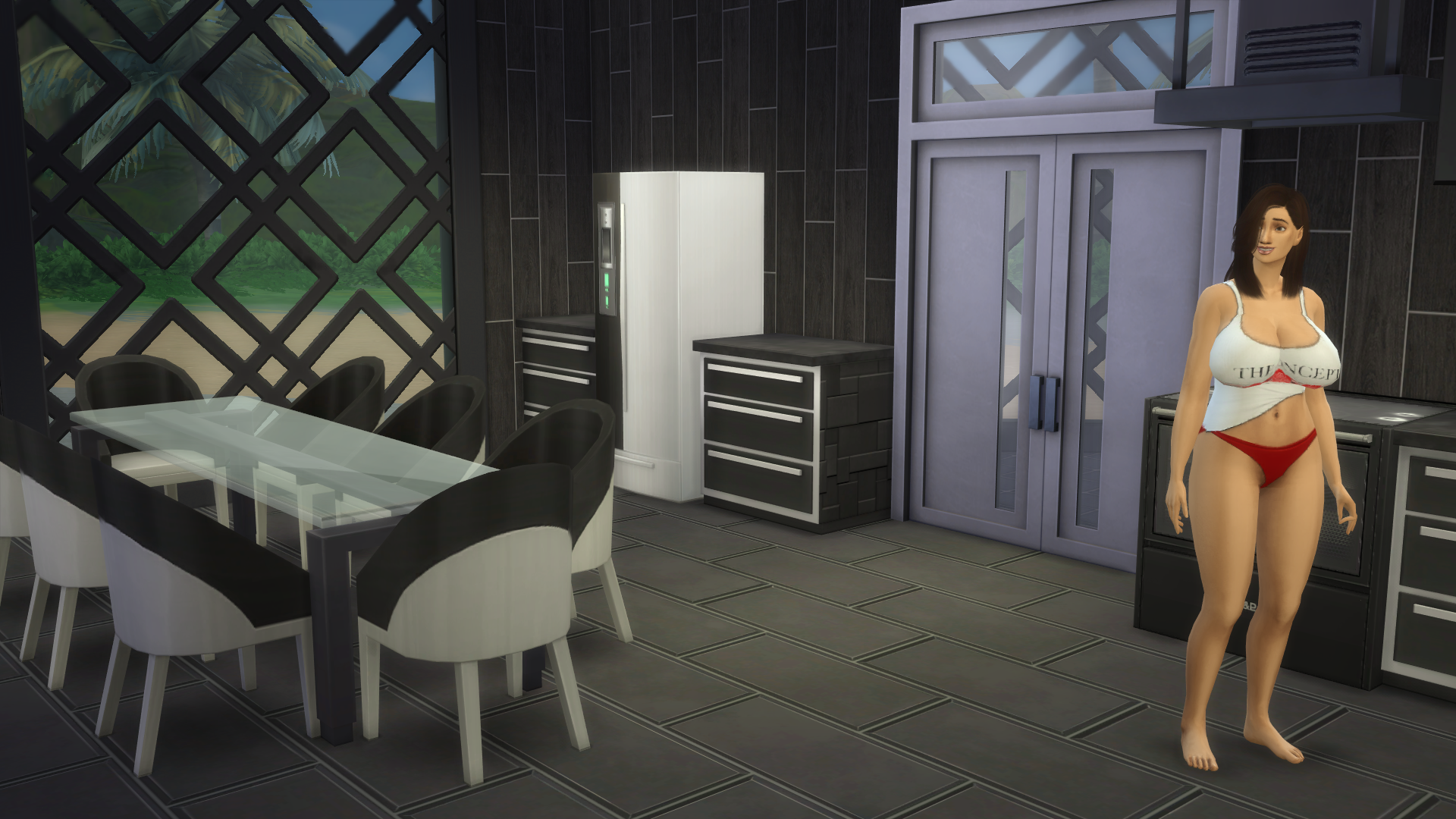 Just as she was about to go to the fridge, her hopes of an increasingly pleasant vacation increased... Bruce was nowhere to be found...

Hm. It's already late. Maybe he already had breakfast.

Taking time with her meal, she continued to look for Bruce only when she was finished. 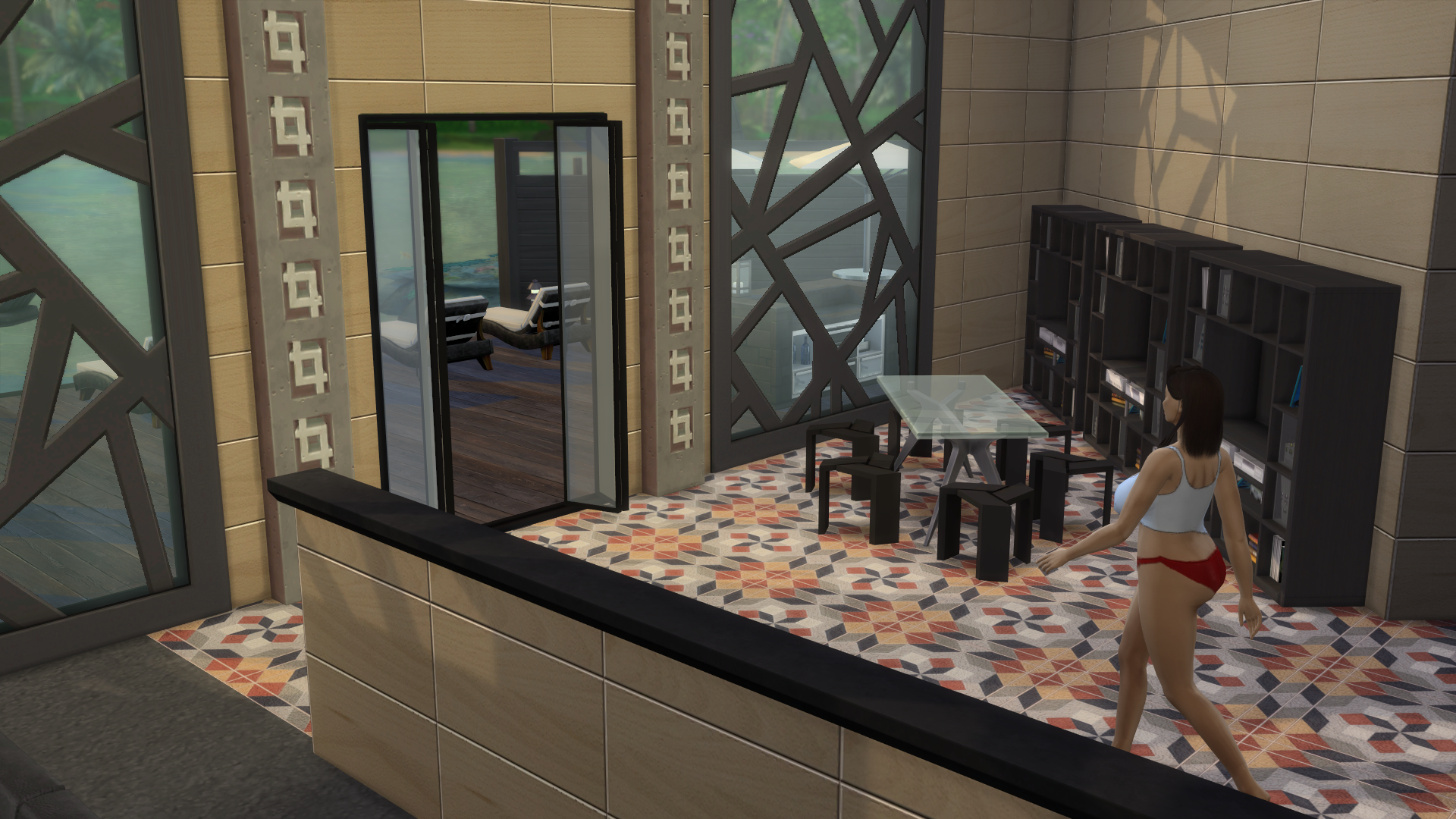 Gina: "Bruce? Are you outside?"

Did I miss him telling me about something, like a business trip maybe?

Maybe I can still get the chance to enjoy this vacation to its fullest? 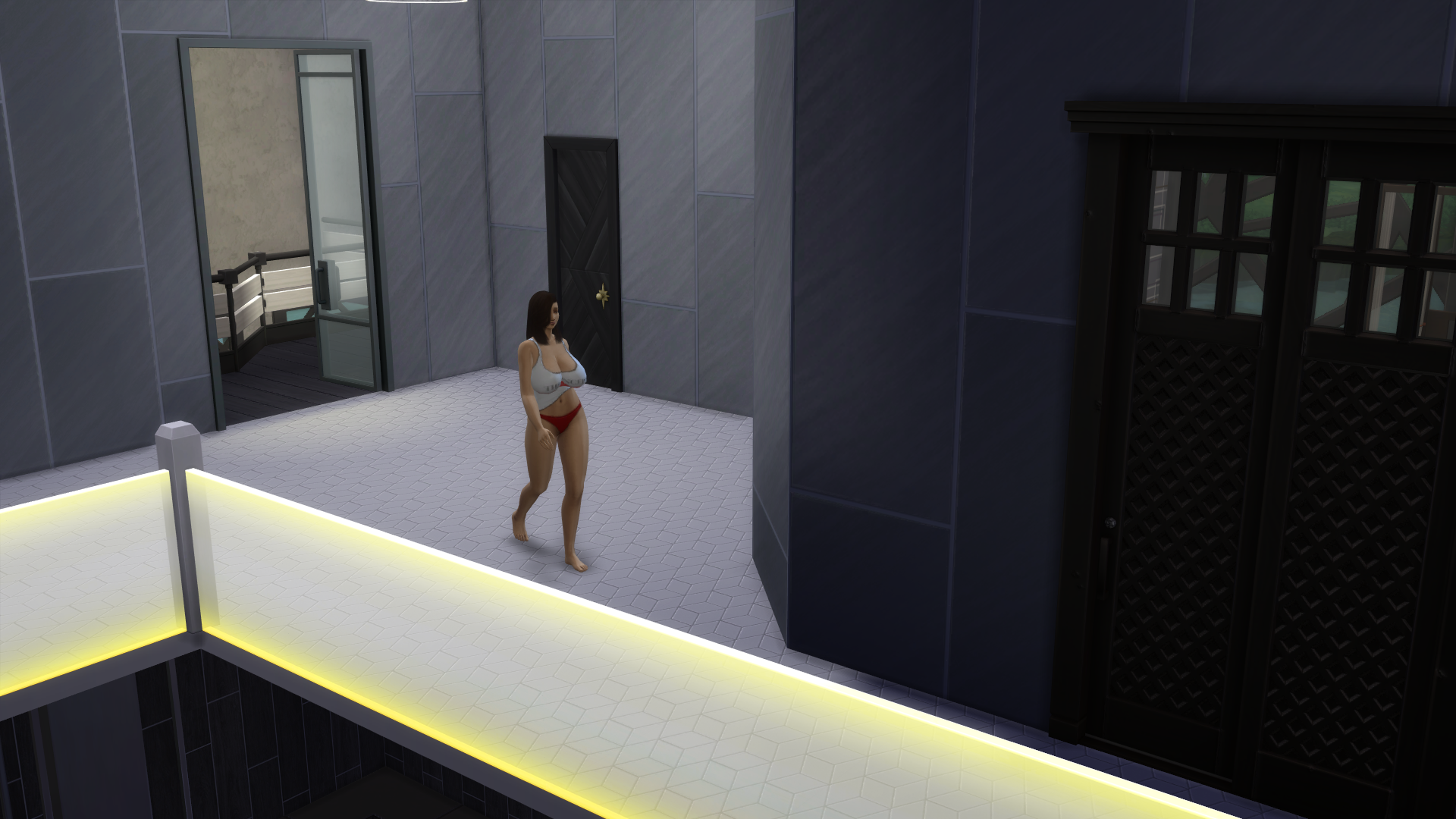 Better check the upper floor too, just to be sure... Maybe he's sleeping even longer than me?

Her call remaining unanswered, she opened the door and entered his bedroom. 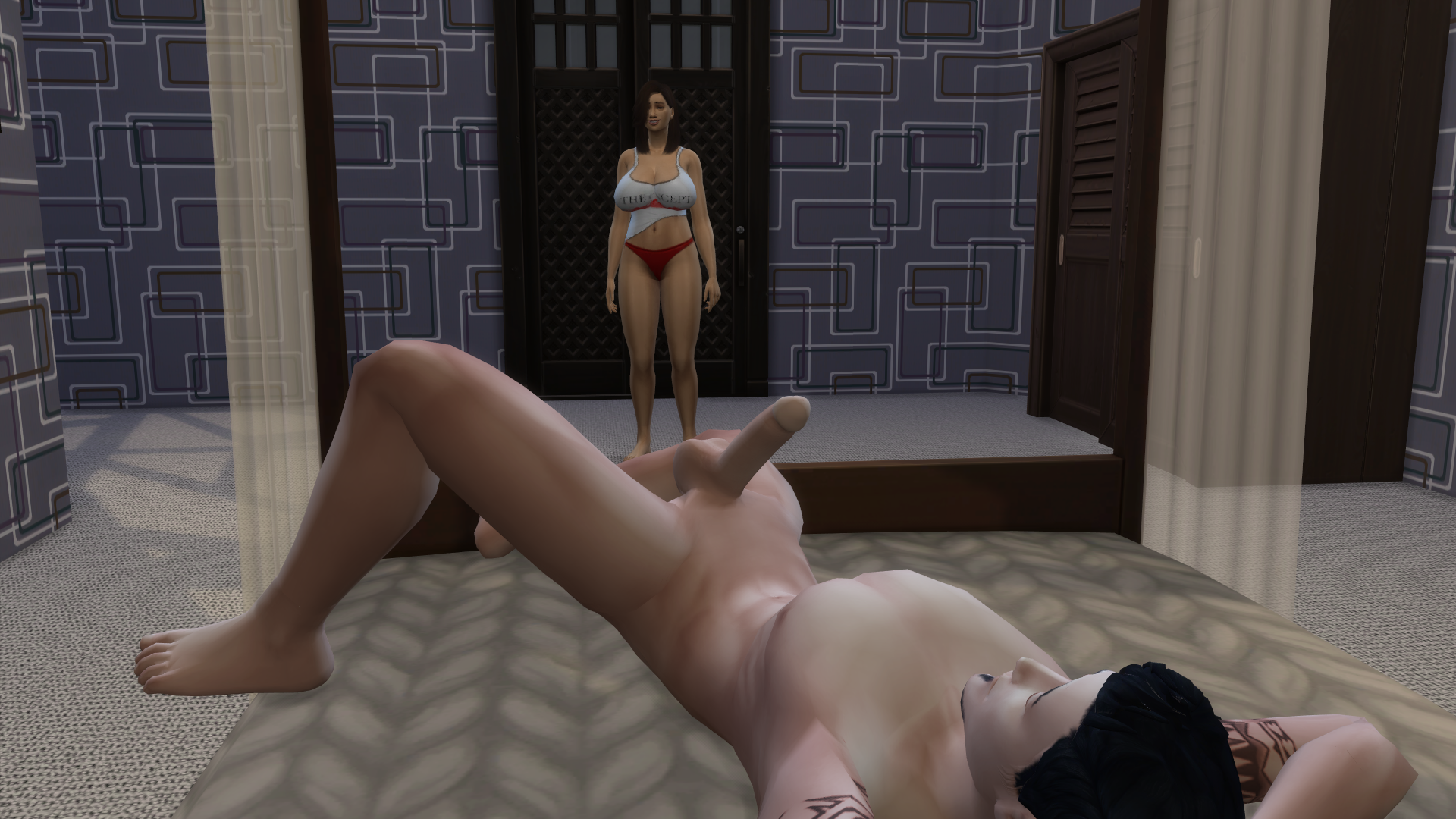 Bruce: "Actually, I'm already finished. But I figured if I would stay up here, you would eventually look for me and I didn't have to do round two all by myself."

Gina: "Ah. Well, good luck with that. I think I'll occupy the TV as long as you're up here."

Bruce: "I figured you would do that... If you decline, the deal we made is broken, and you will either be good to my cock every day back in Frederickston until either of us leave, or I will reveal our little encounter from your first day to the public..."

Of course. How stupid of me to think I would have a choice here. Bruce: "You know what would make me? If you would ride my cock. Can't reply if I'm busy." 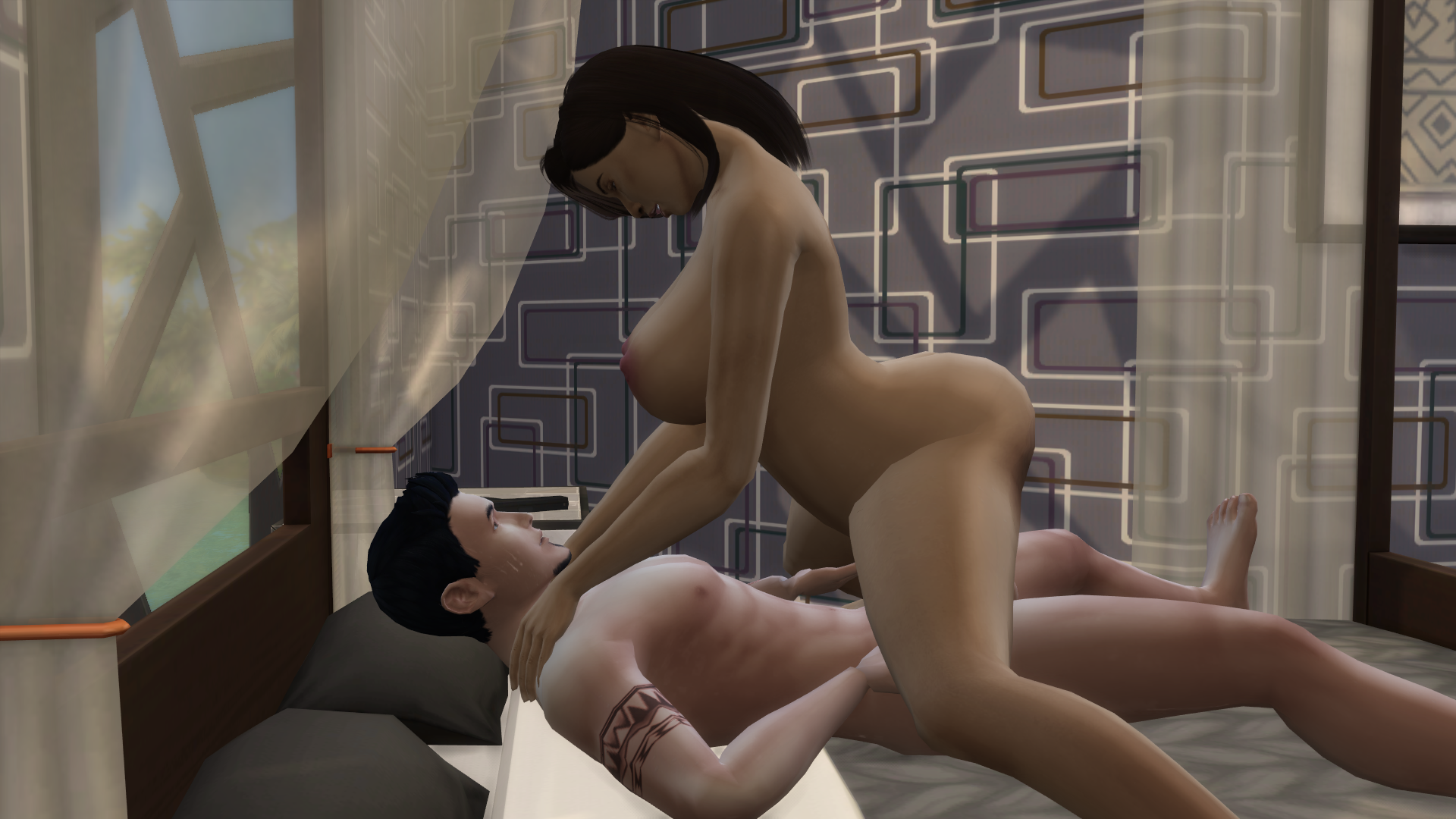 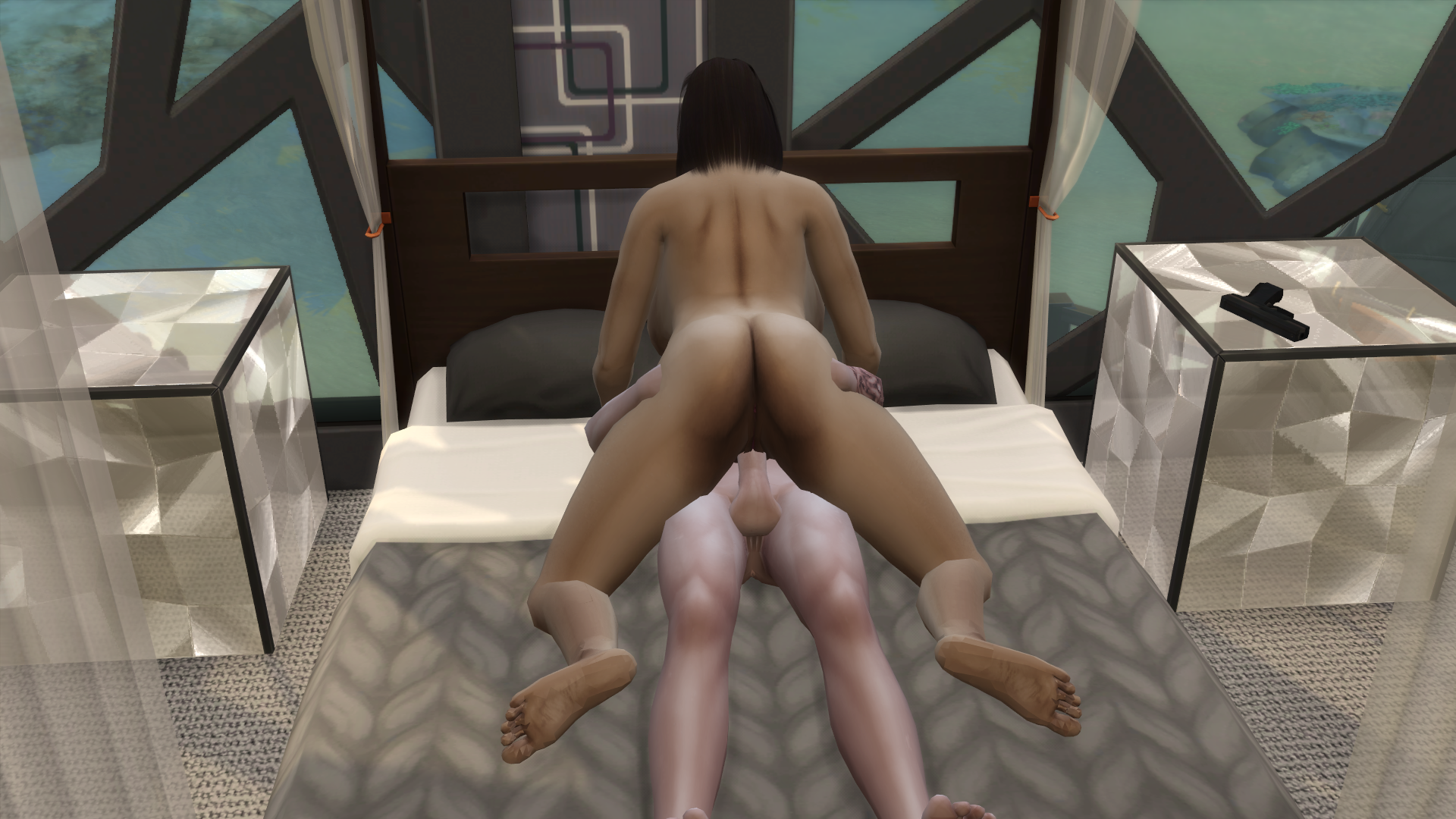 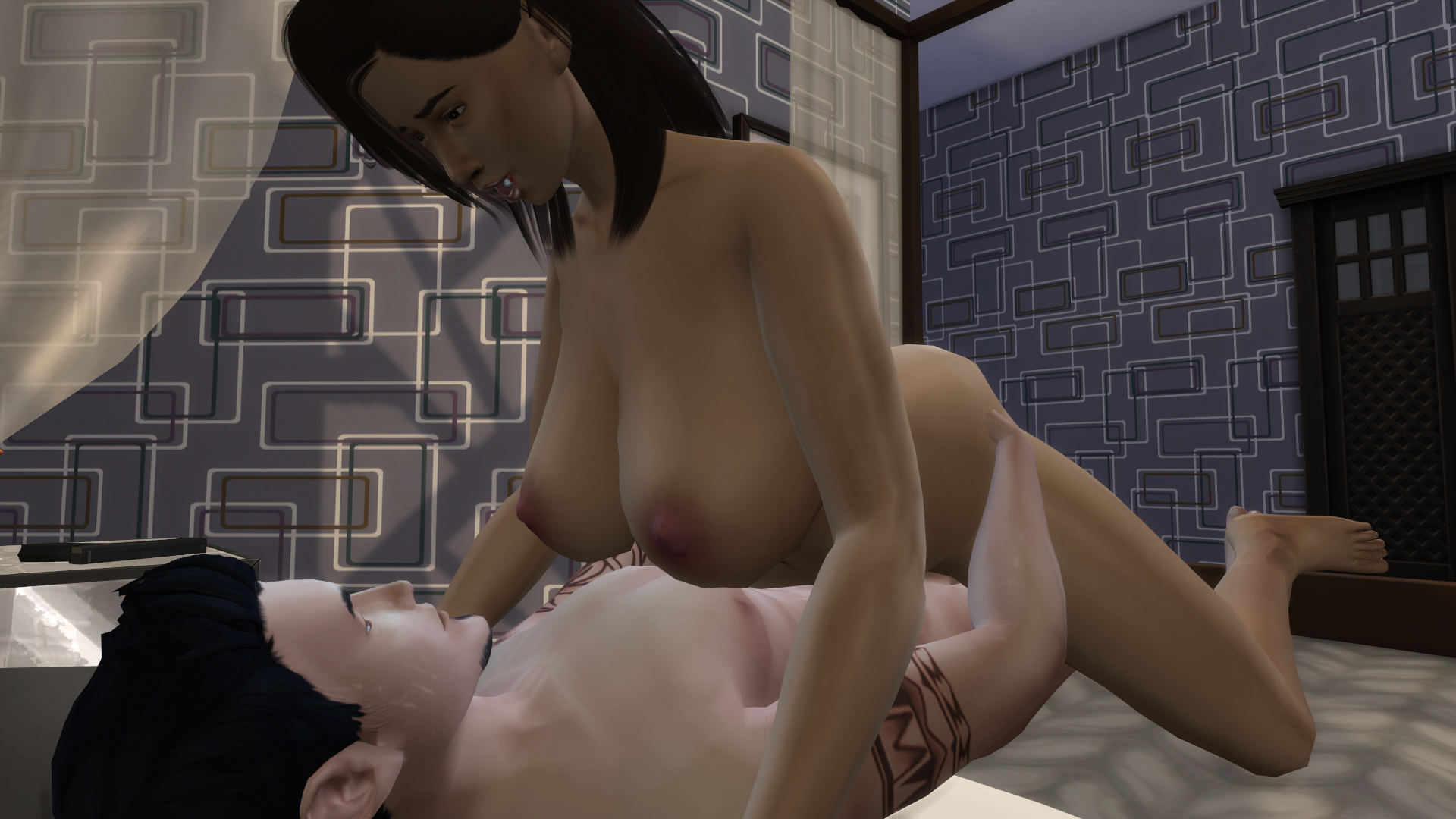 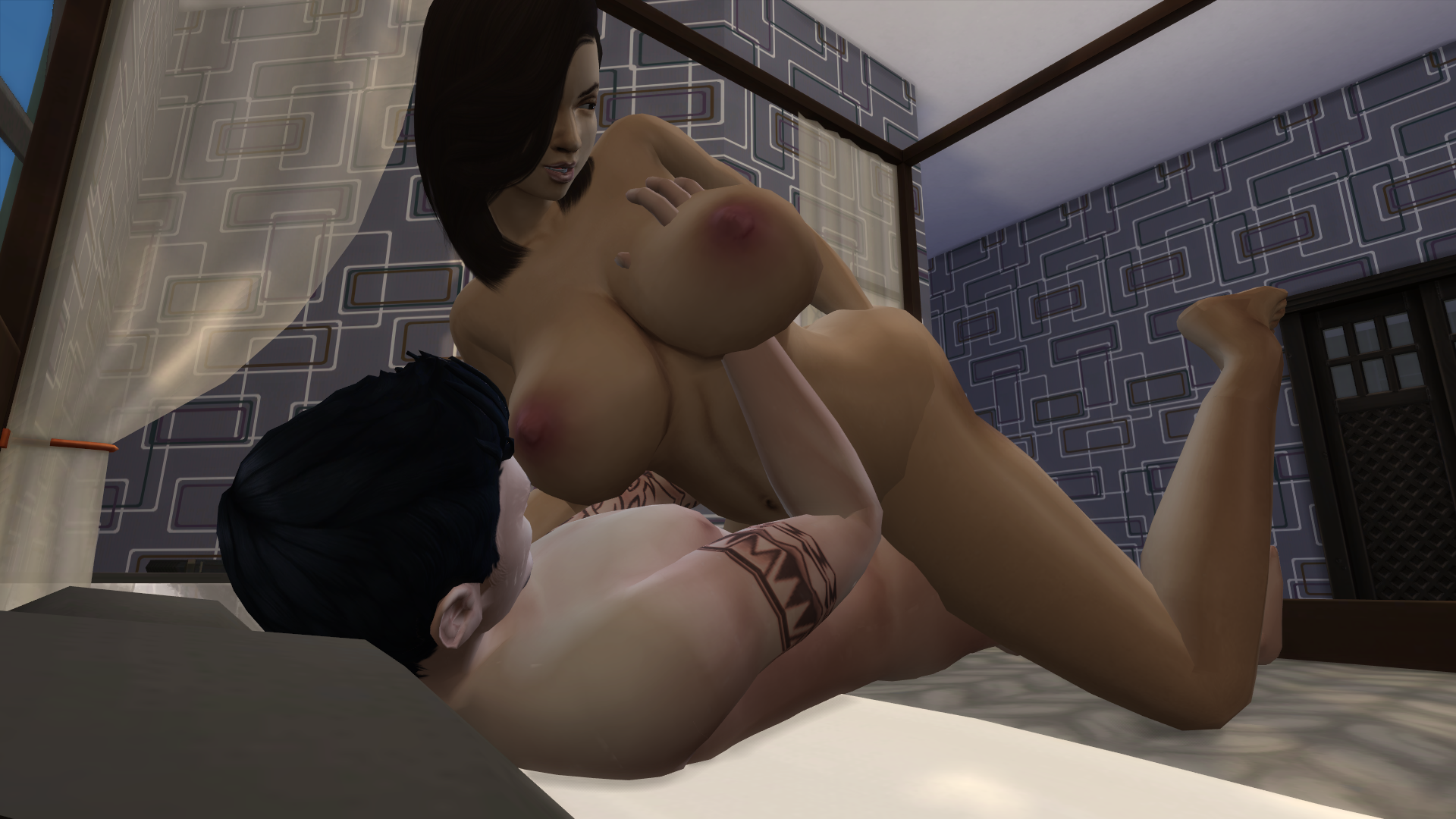 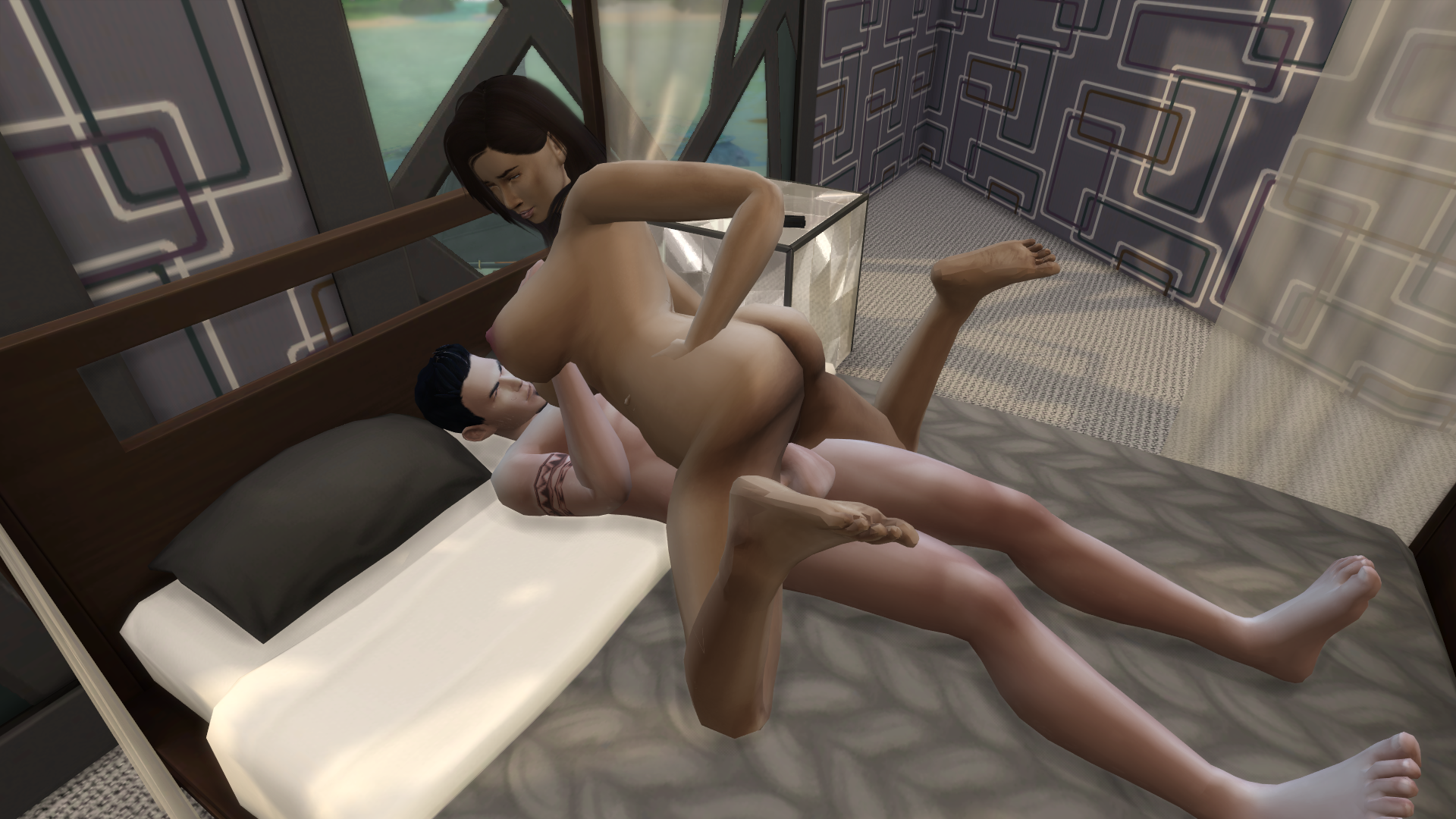 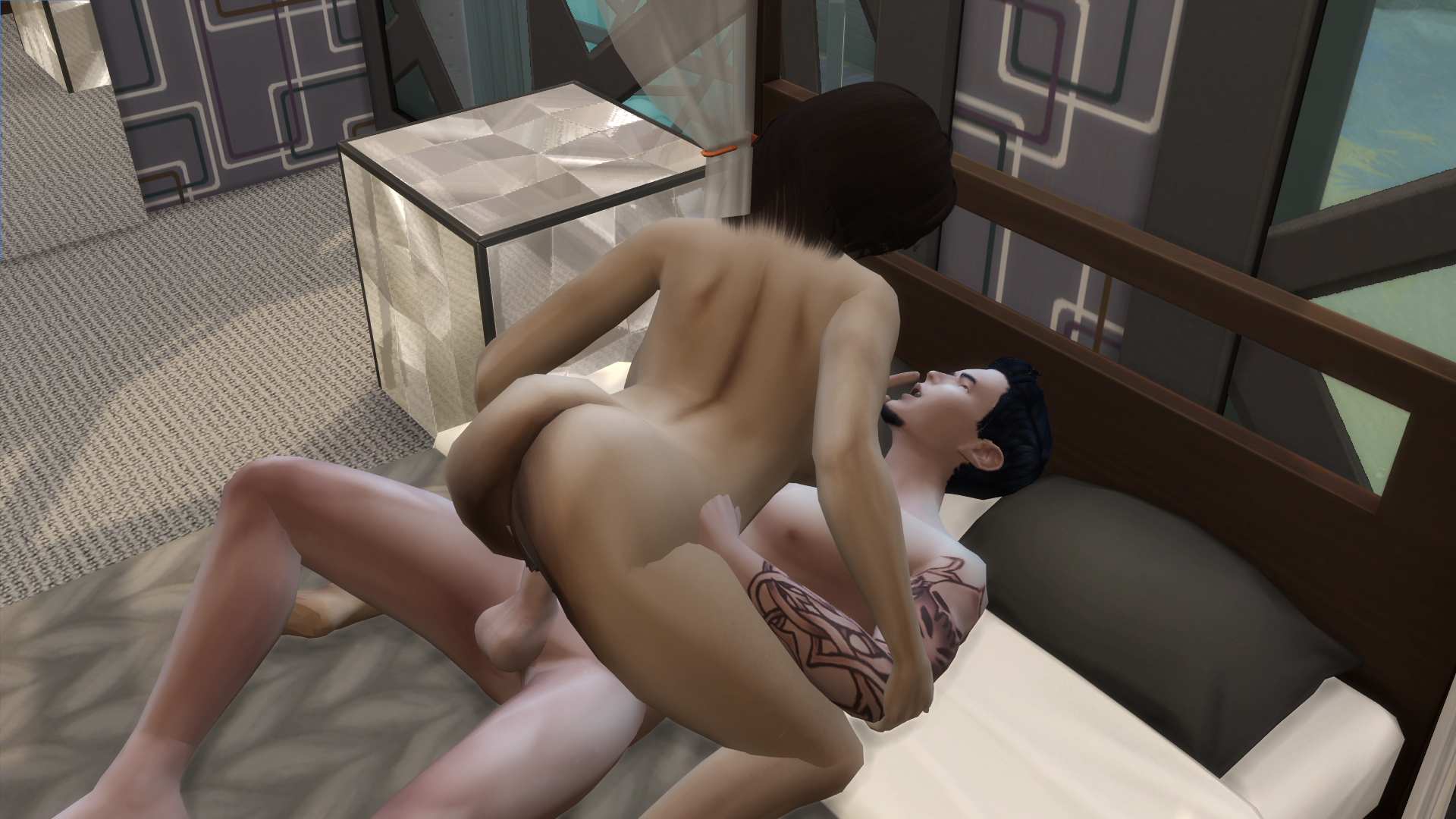 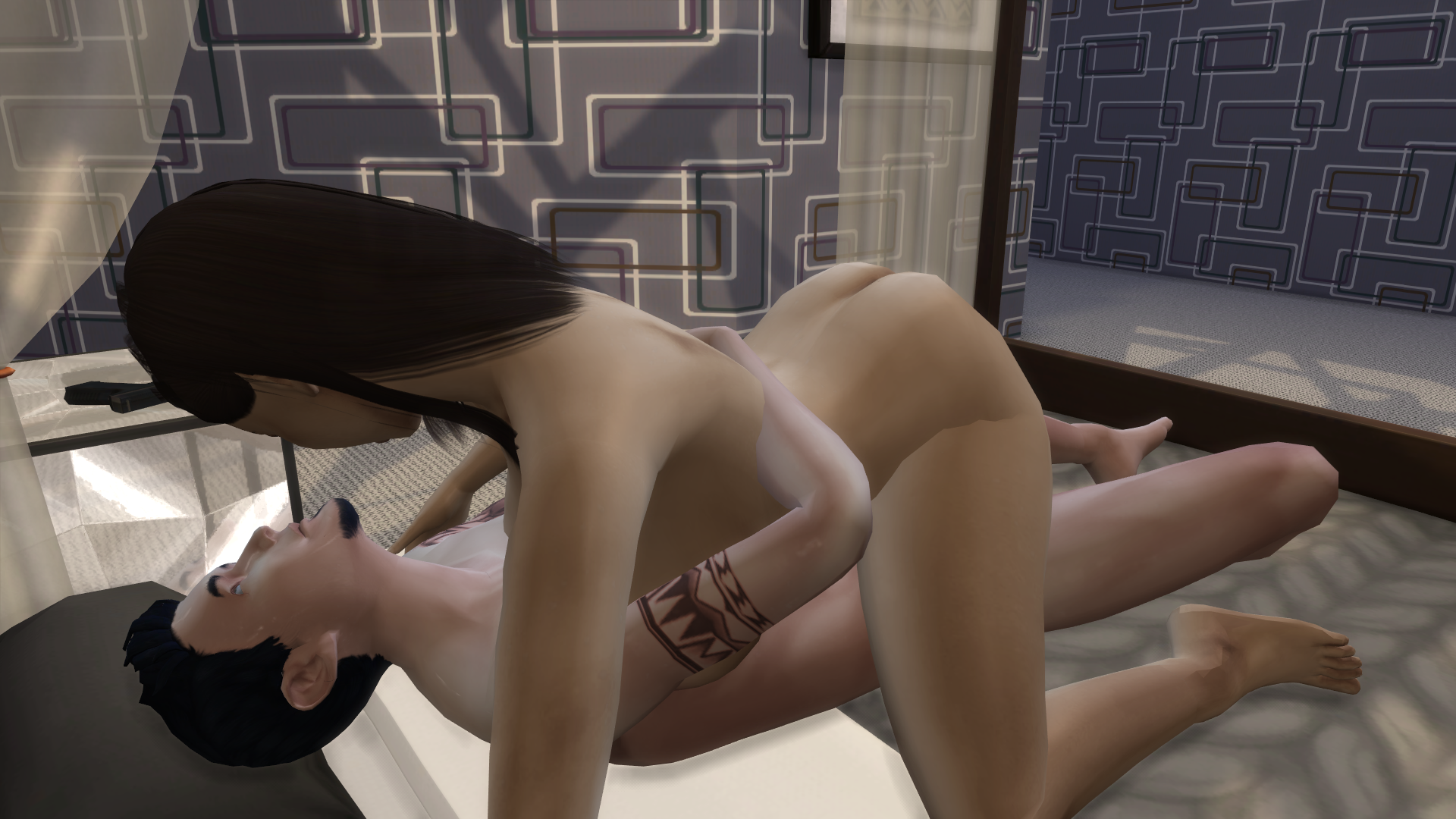 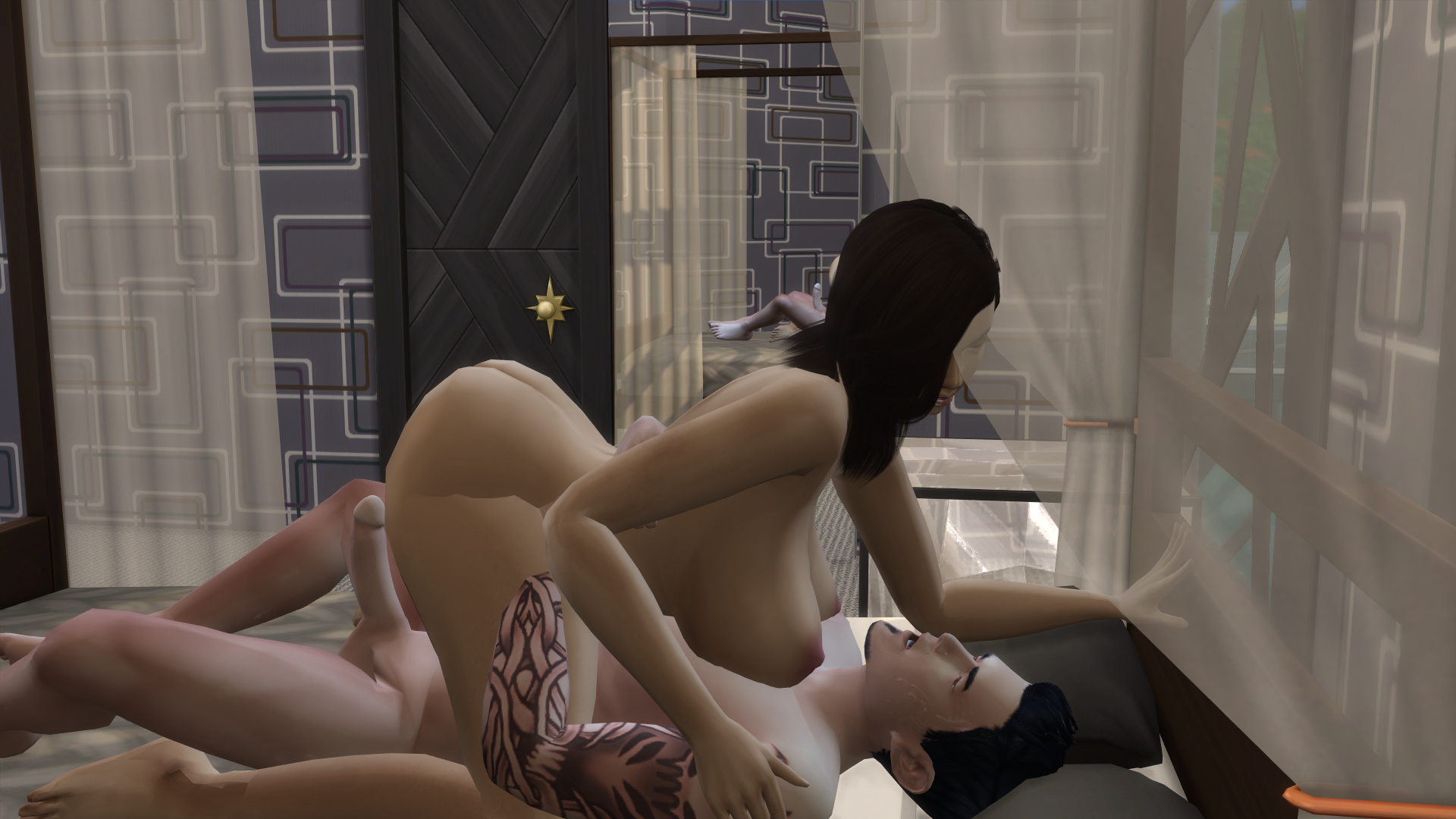 Afterwards, Bruce told Gina that he, in fact, has to do a business trip this day and will be gone until tomorrow. However, he also made clear that the deal would be broken if Gina would leave in the meantime.

Frustrated with this deal, Gina went outside to the terrace again, when a familiar face showed up. 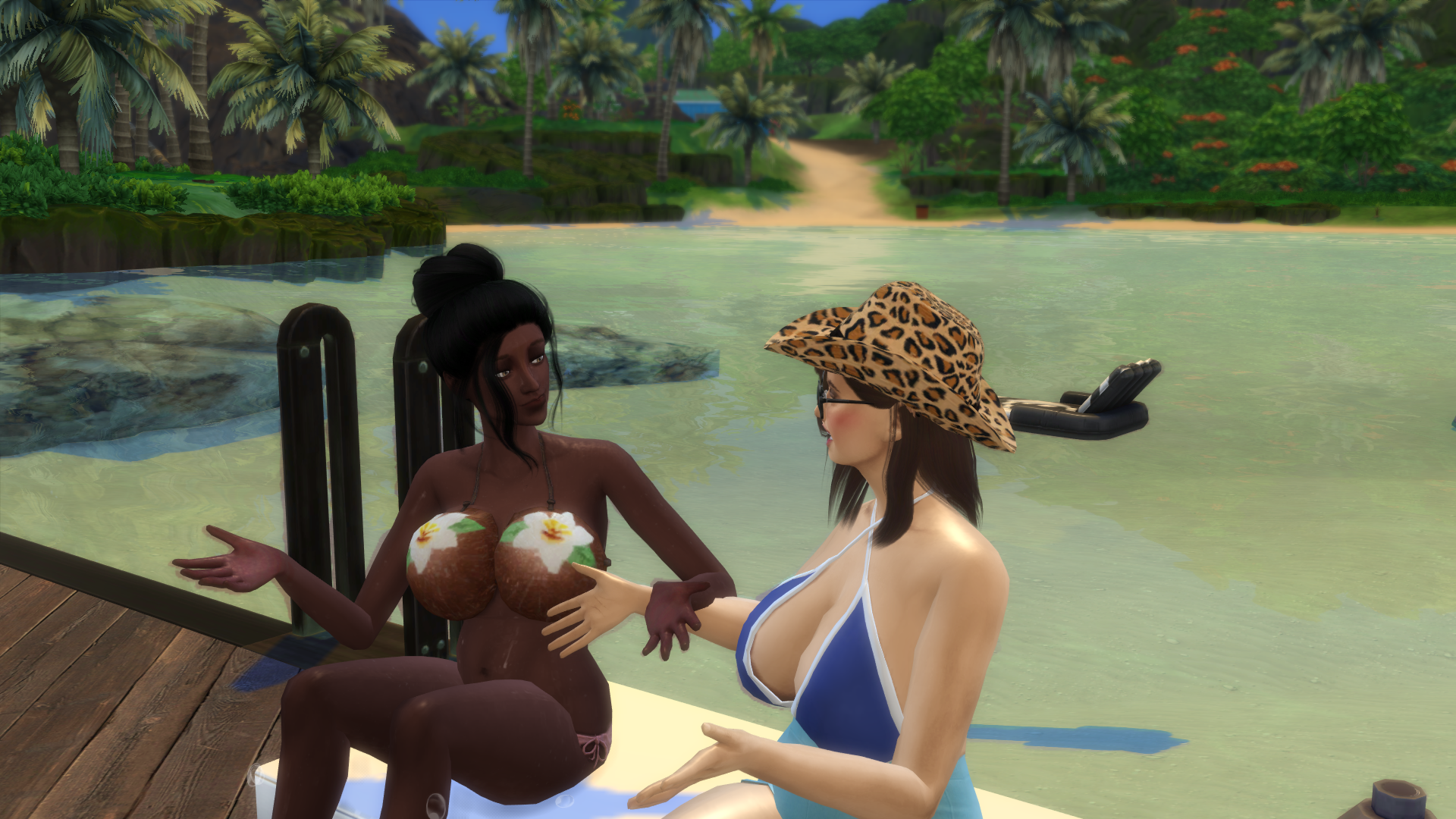 Gina: "This dude, the man who owns this house... he... he's just incredibly annoying. The most insufferable human being I ever encountered."

Maya: "Sounds like you could use some distraction... some fun...and a time out..."

Gina: "What are you thinking about?"

Maya: "Maybe you wanna stay at our place for a while?"

Maya: "Oh, no. We're just some people living together at an old building not far away from here. And we're very open to Guests, all around the world, often tourists. It's not rare that they randomly come and go. Later today, we've got a party going. You can come if you want." 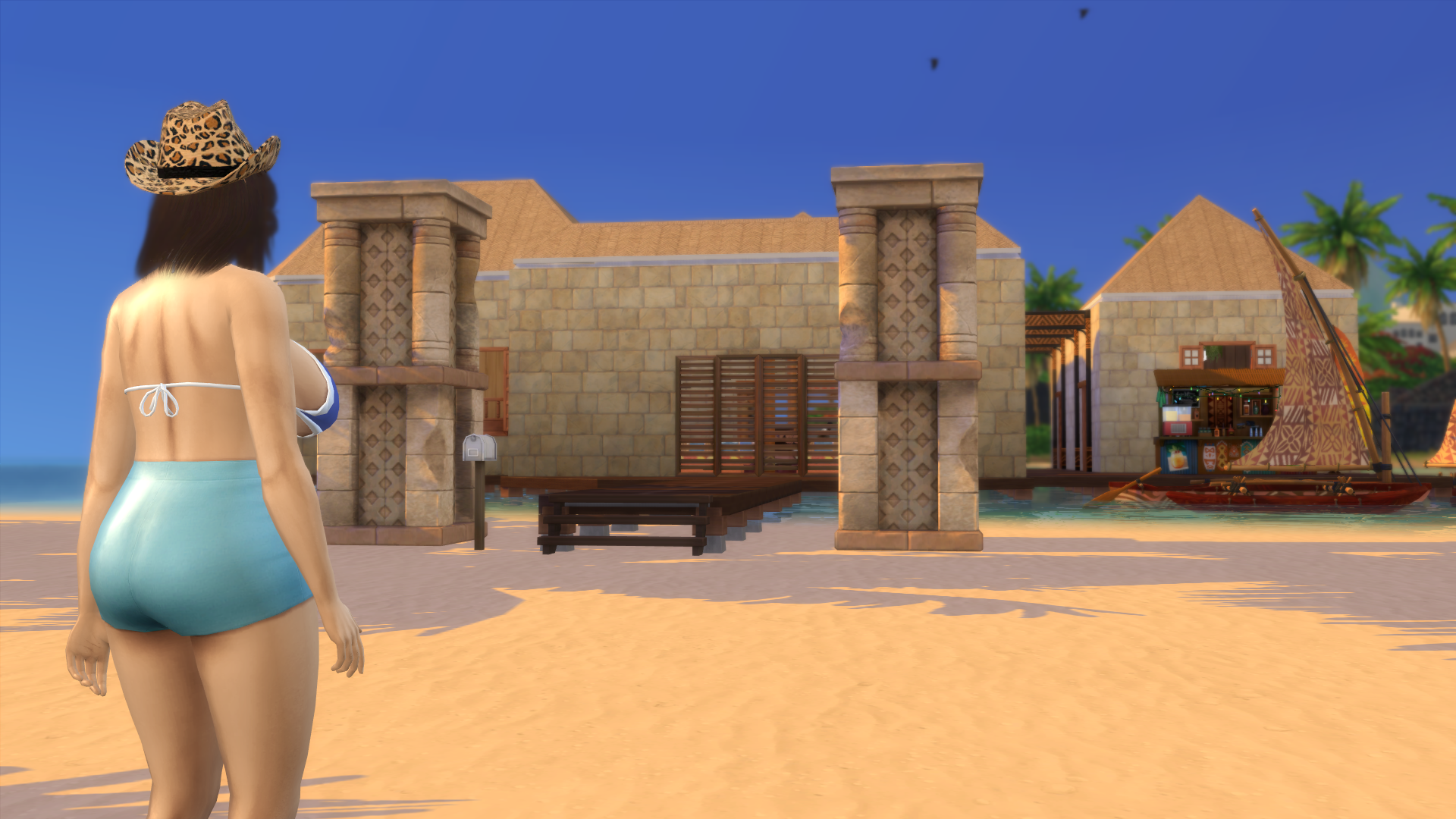 The way to the building was not an easy one. Almost no roads showed the way to this place, but eventually, Gina found it.

Sure looks interesting... Lussancan ancient architecture, quite impressive... If I wouldn't be on vacation, I'd try to find out more about this place's history... 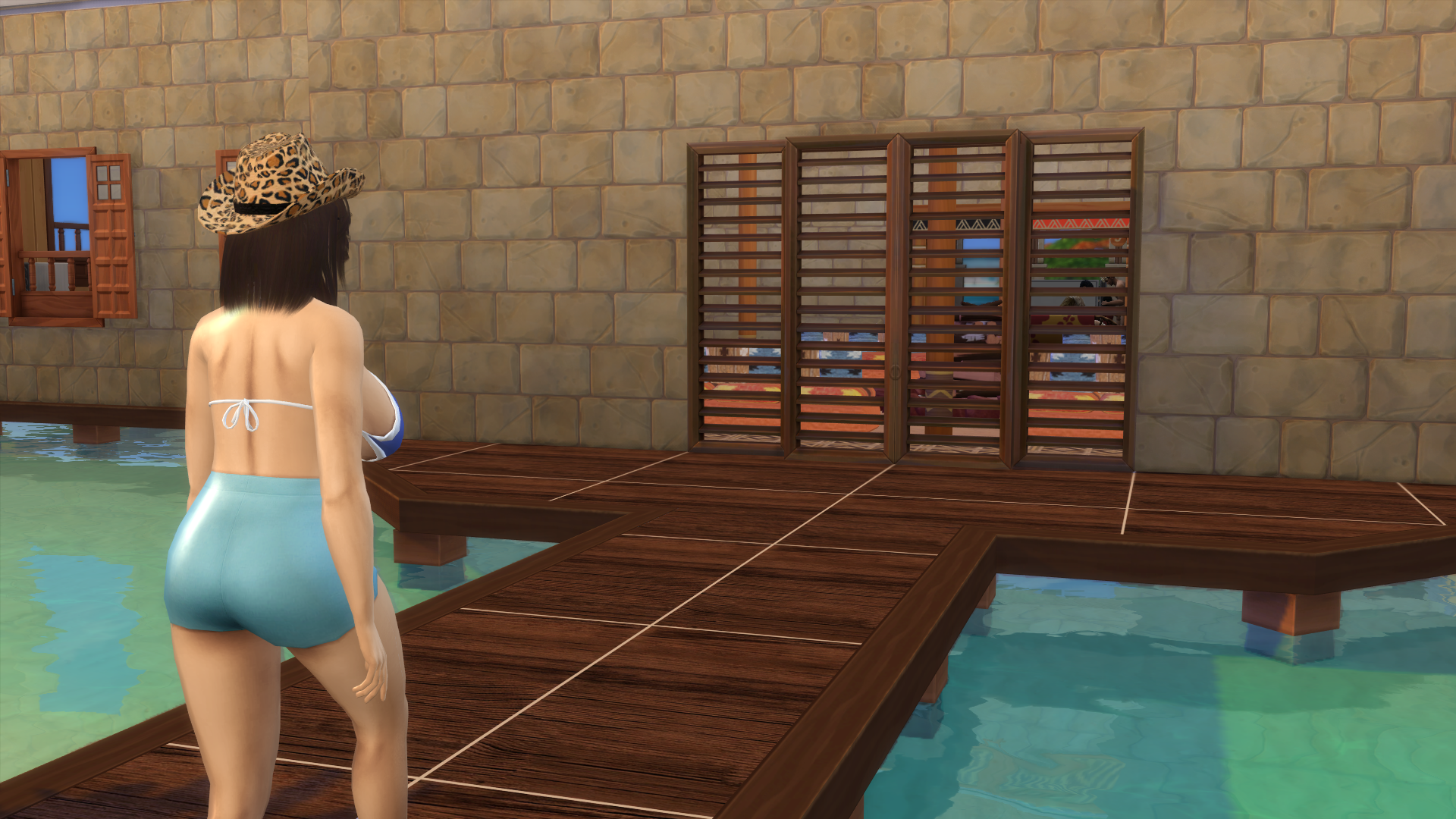 ...but you don't nerd around about history when you're invited to a party... 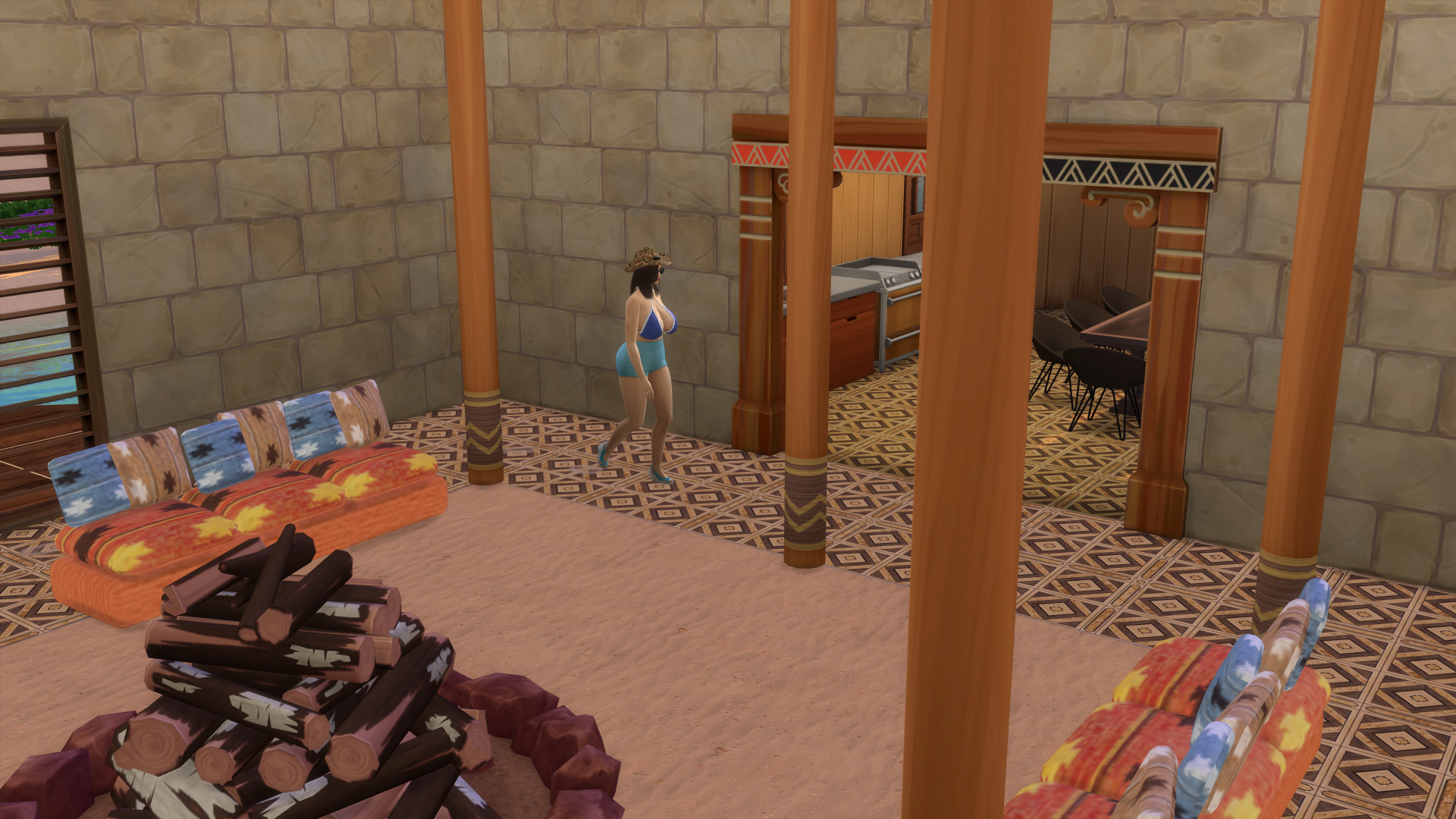 Interesting interior... Looks like they bought some stuff from elsewhere. So, not entirely ancient. Certainly not with modern kitchen equipment. 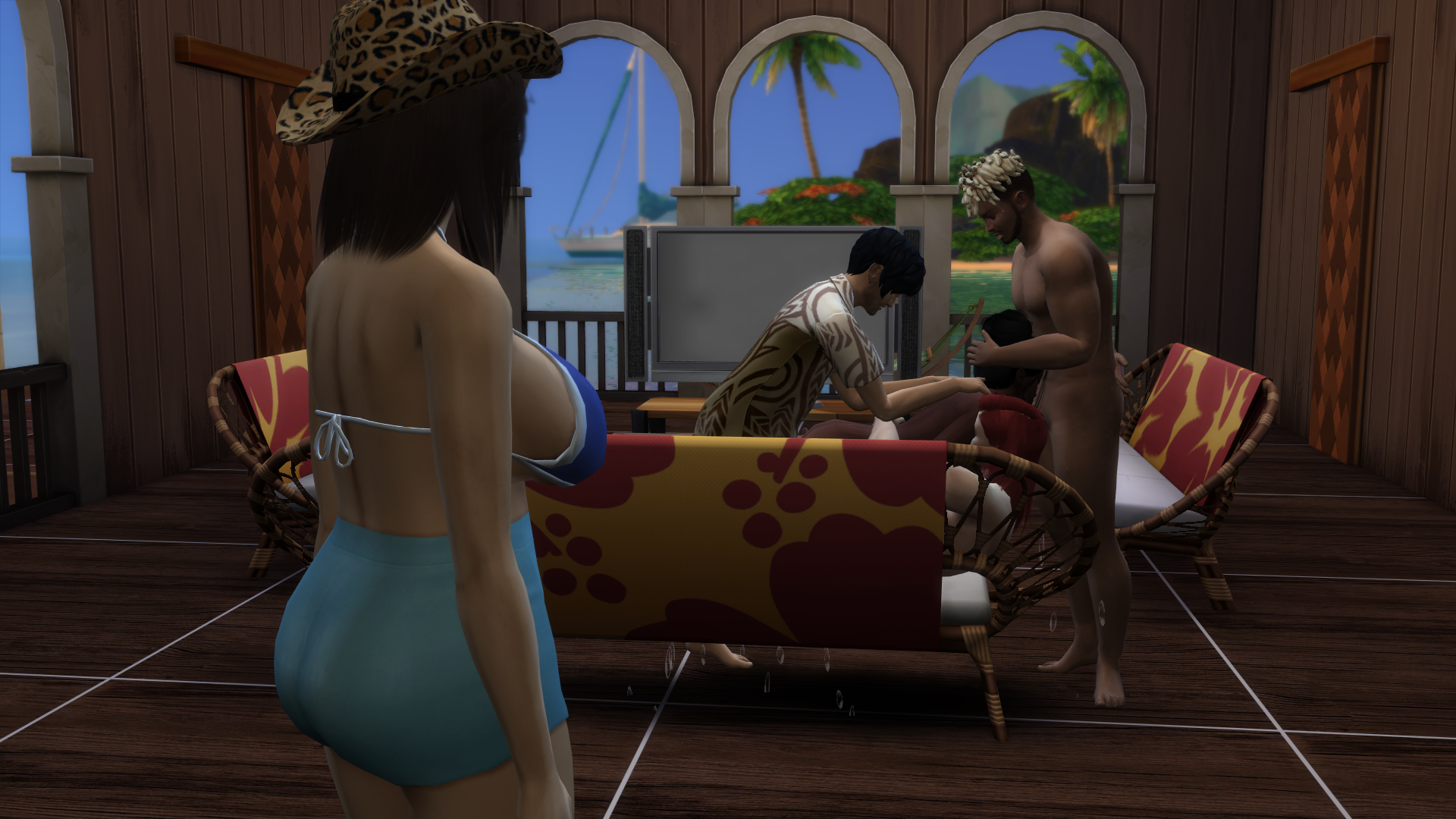 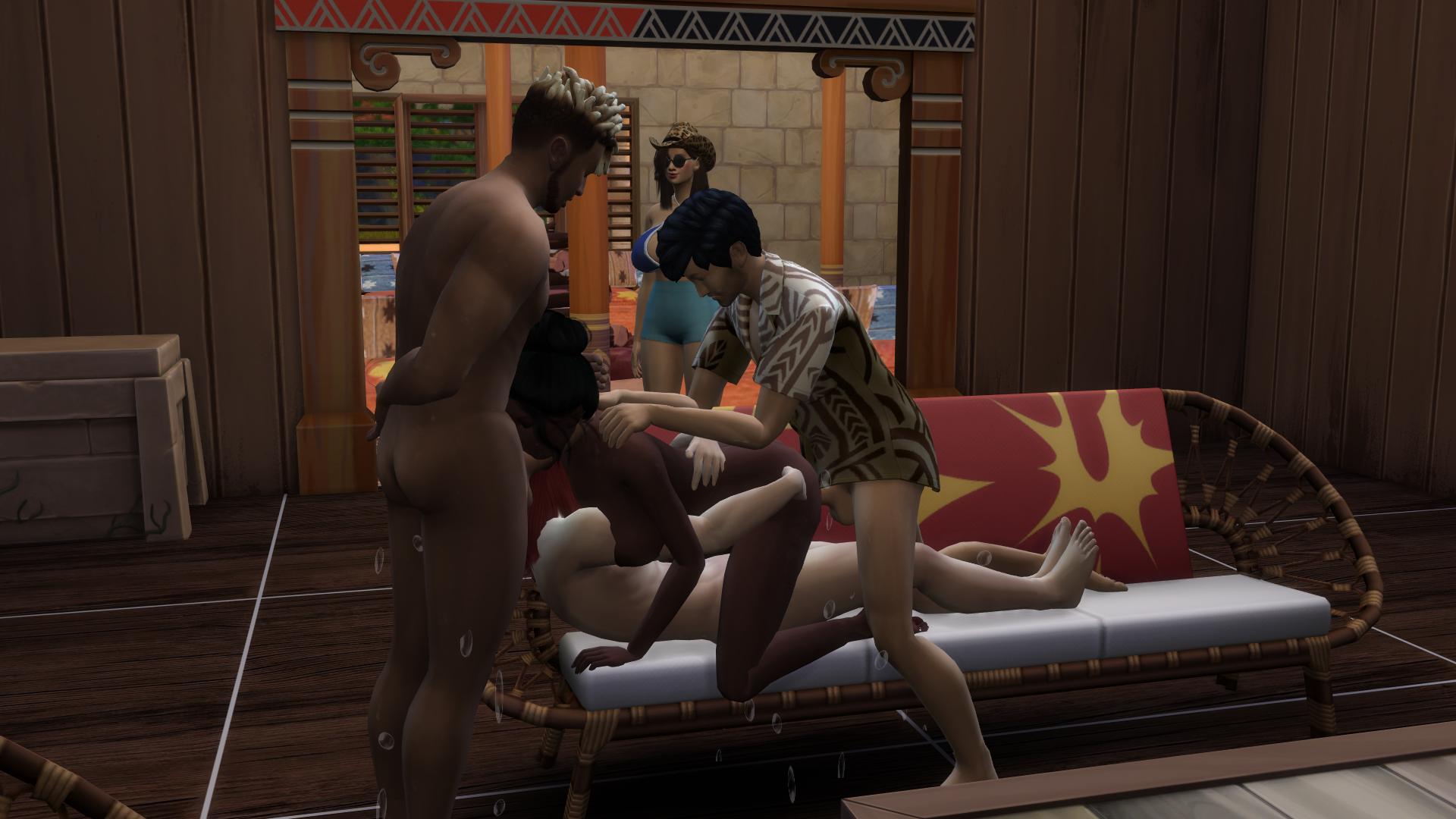 Three sexy men, ready to hammer into my pussy, mouth and ass like a battering ram at a wooden fortress door? 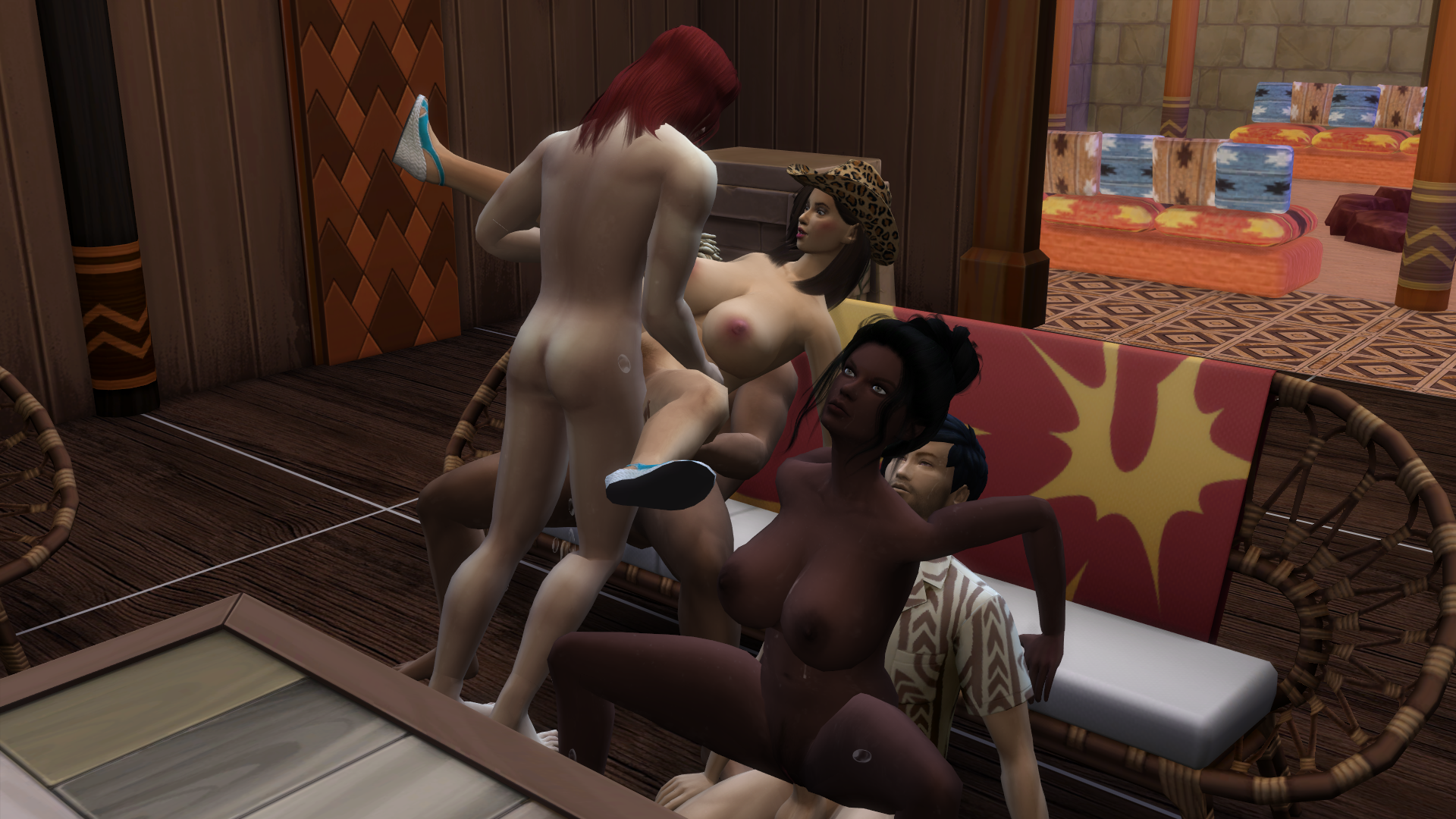 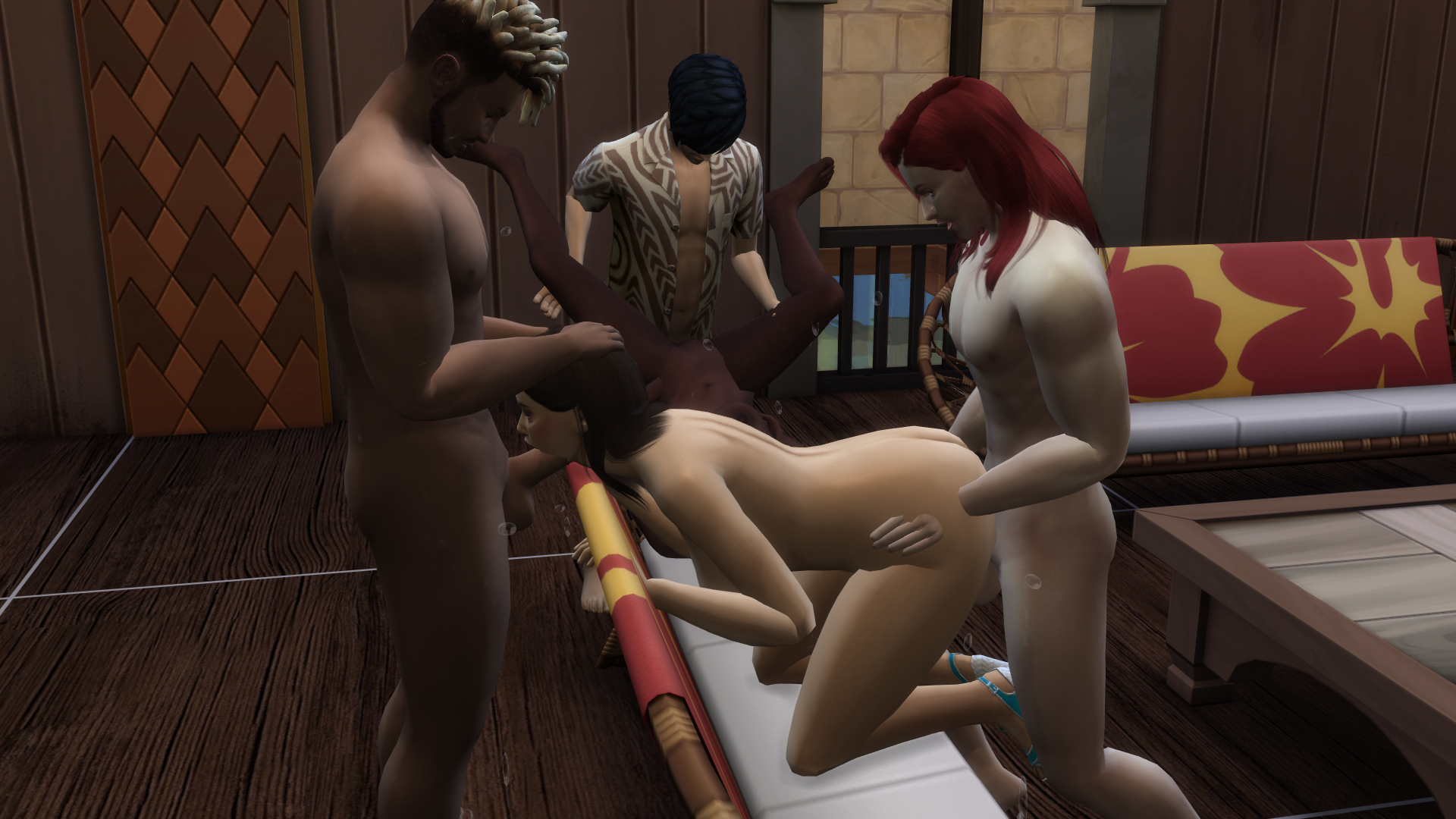 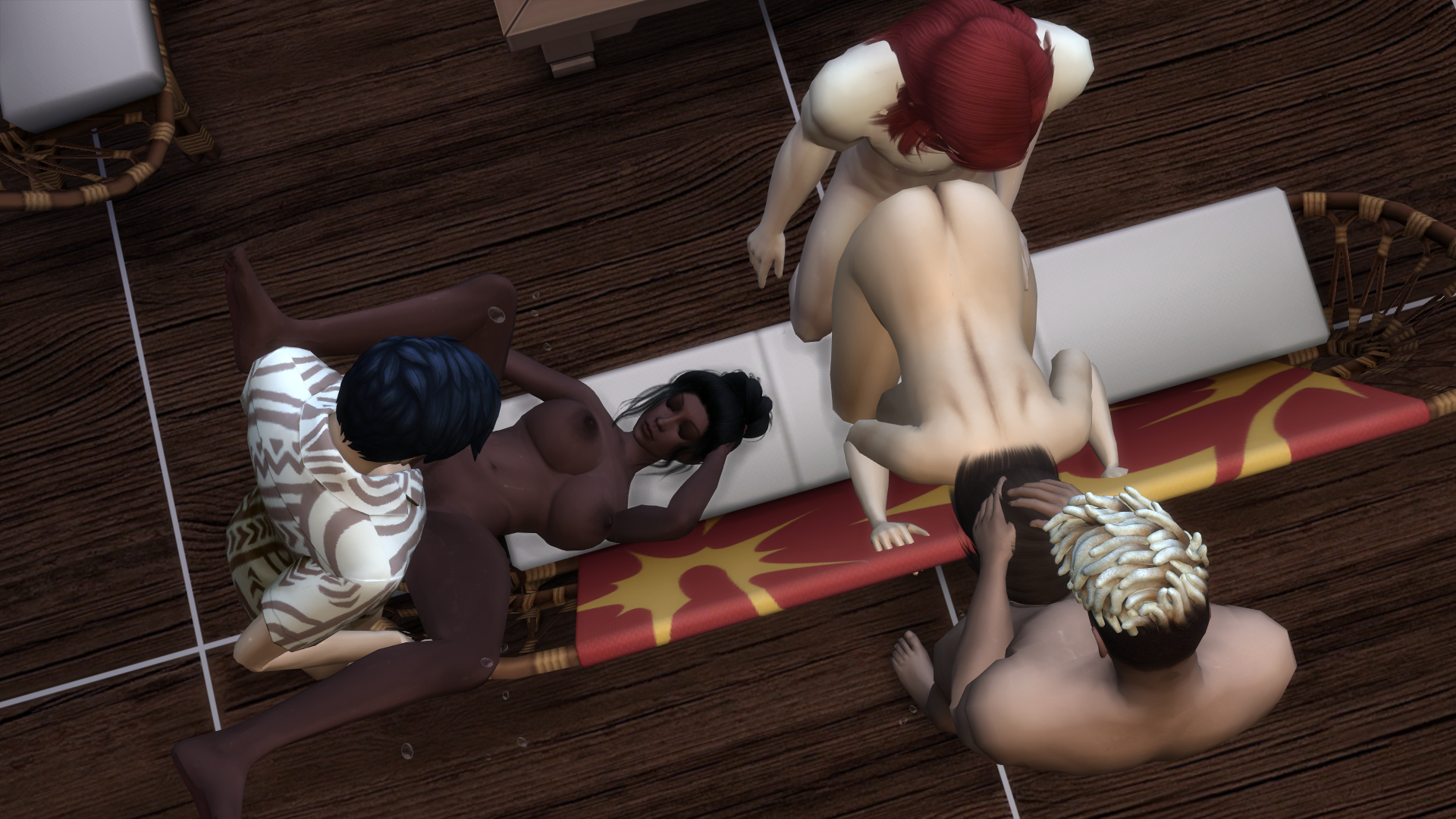 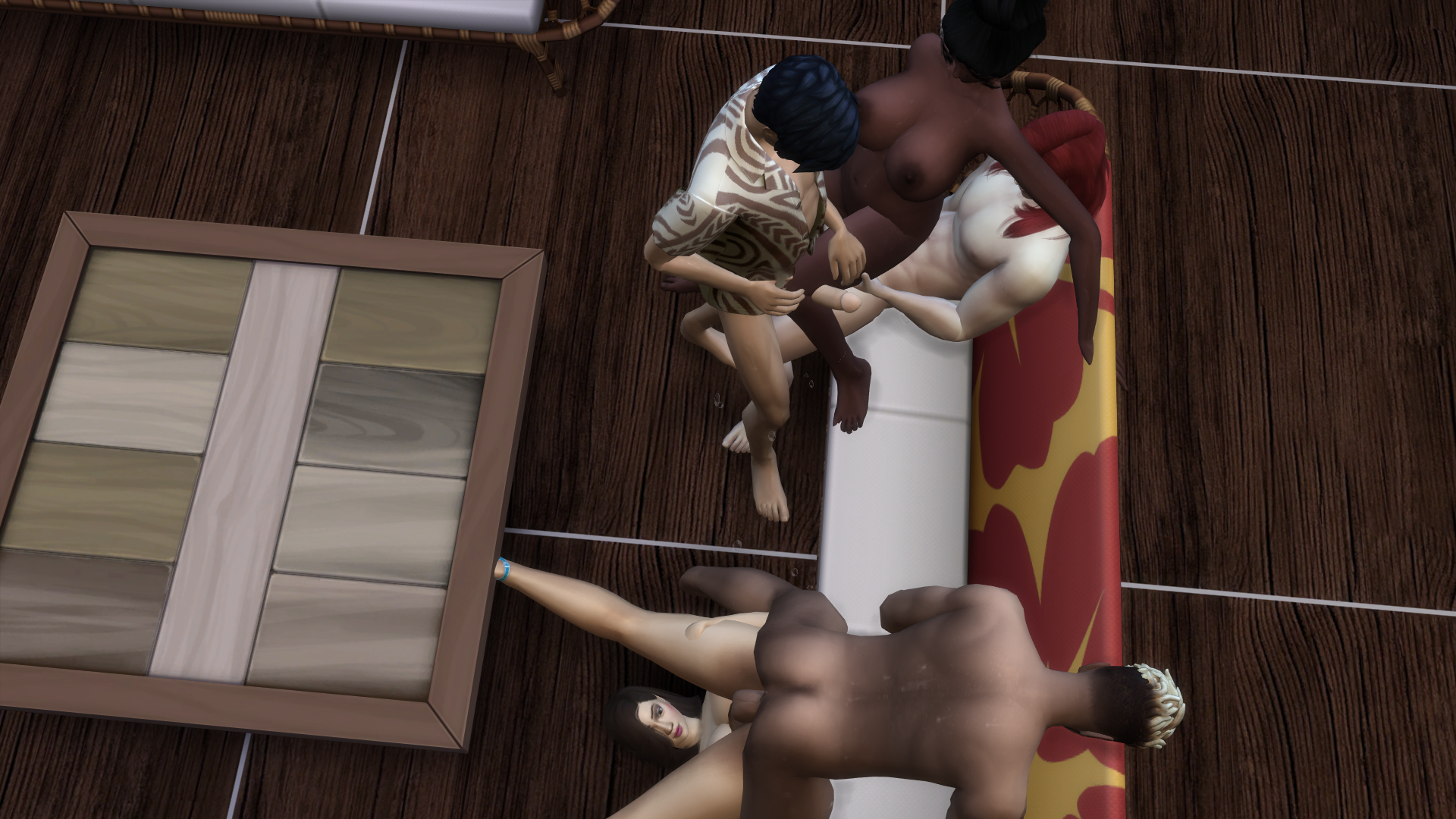 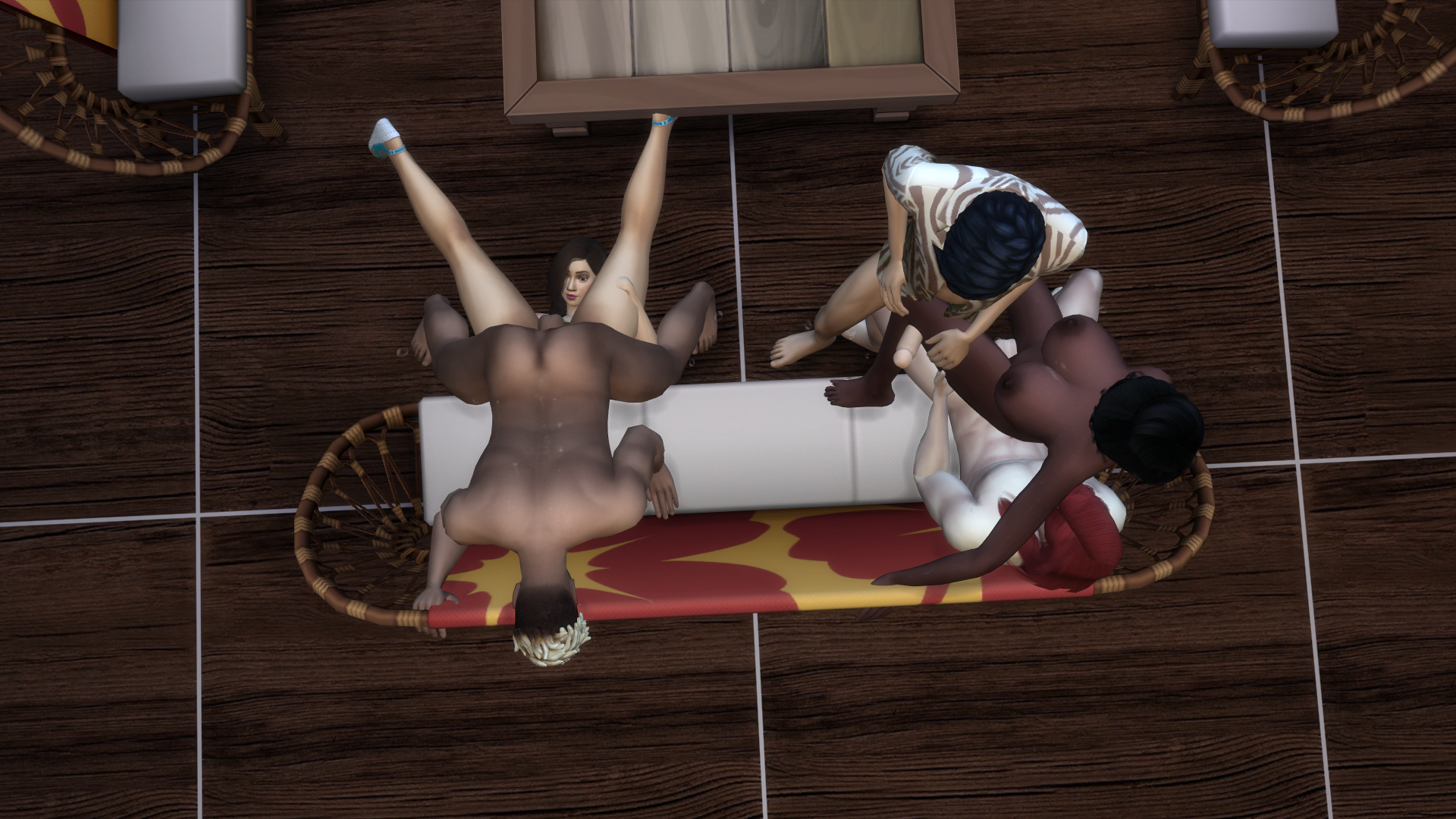 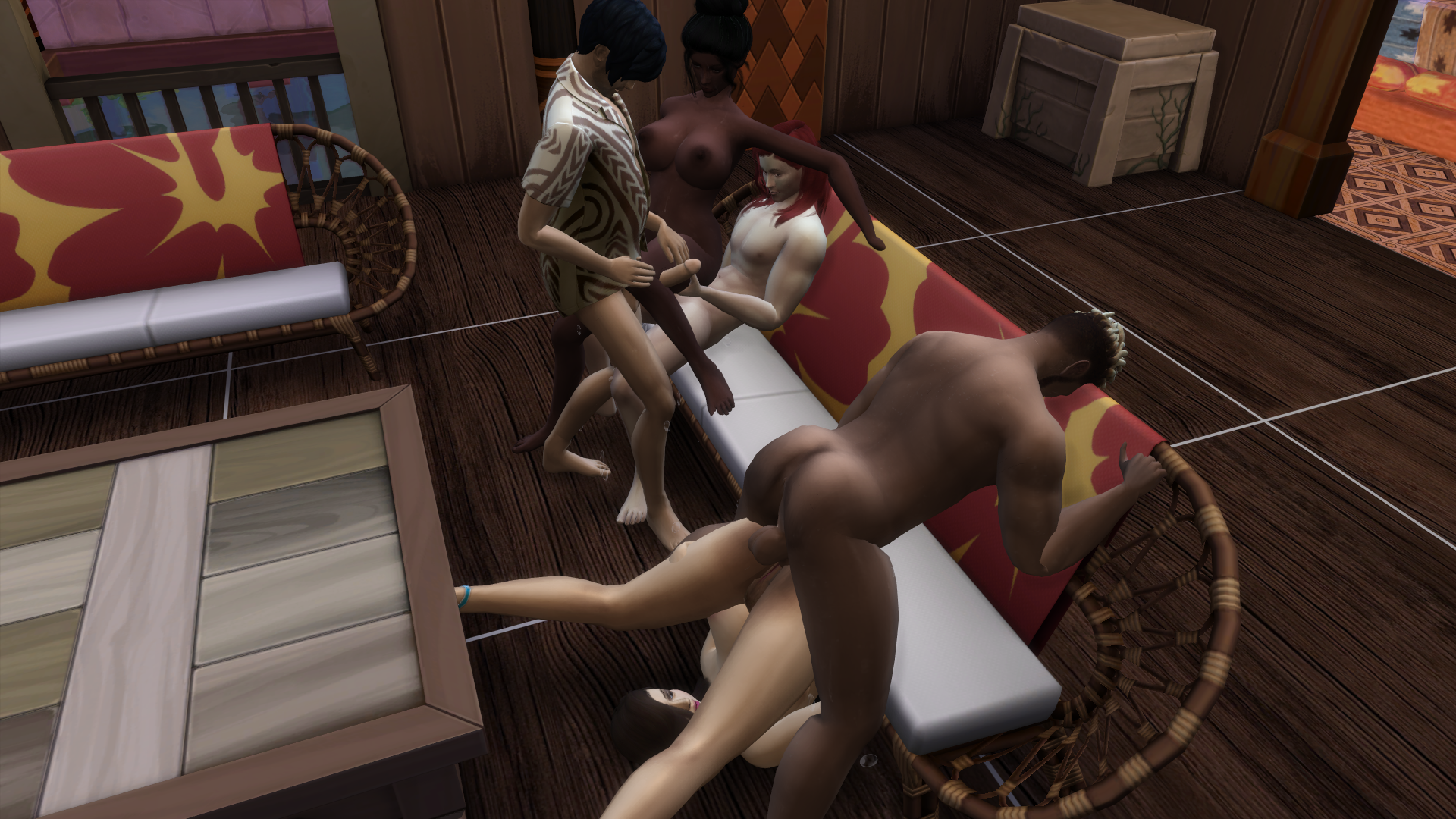 Unexpectedly, Gina got a call during the fun. It was Kabir.

This can't mean good news... I better take the call... 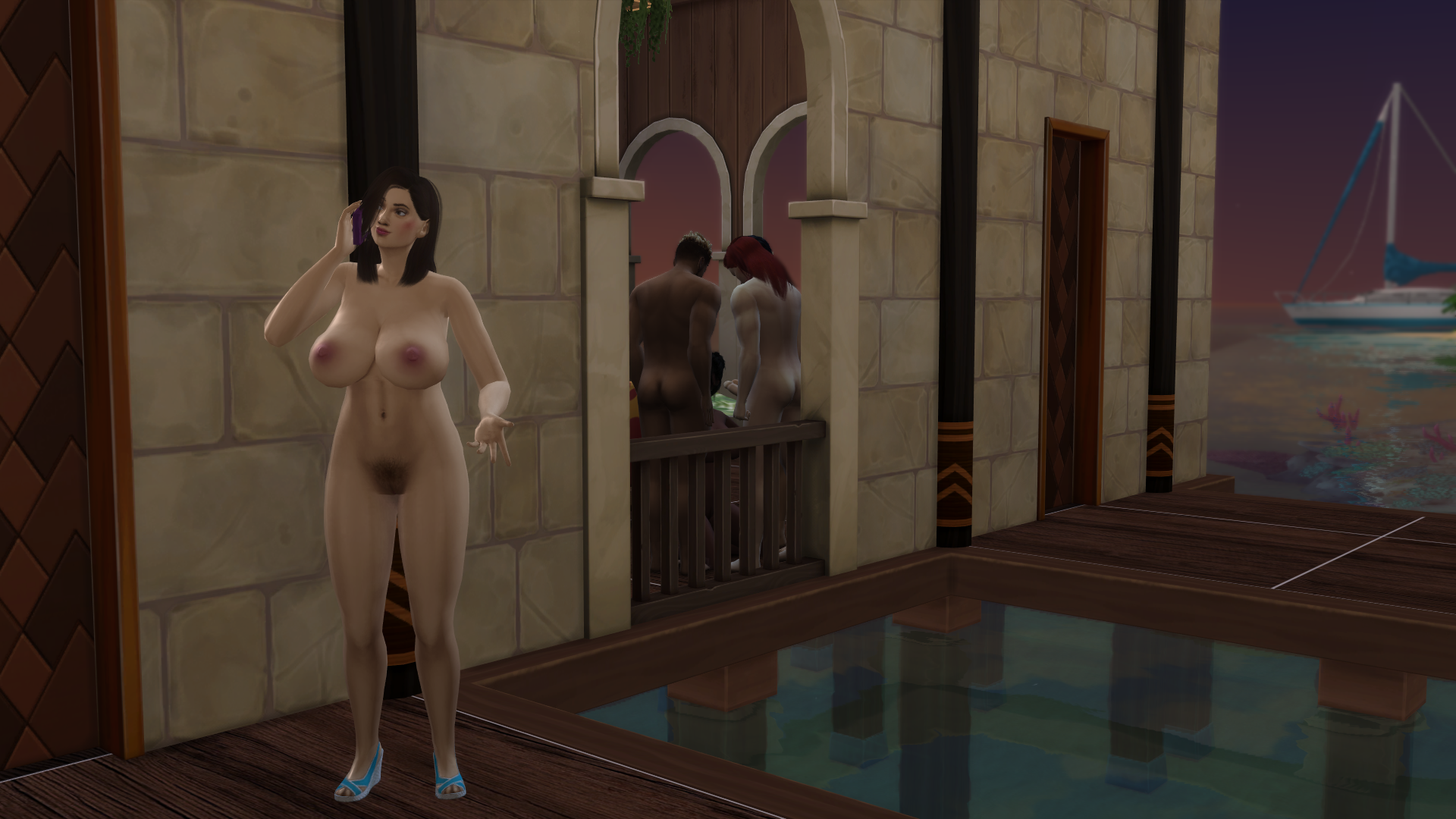 Kabir: "Miss Kyron, where are you? The Party has been asking for your whereabouts, we've got something important going on here!"

Kabir: "Listen, it doesn't matter where you are. You have to come back quickly to Frederickston! The President is in the middle of a scandal, everything is in chaos!"

Kabir: "Yes! He will face a vote of no confidence next week! We need every single Member of Parliament we can get behind this, we're scraping the barrel of every government MP we can get, but it can only work if the Popular Front is a 100% present!"

Shit. This is perhaps the most important thing I ever get to vote on. My presence will decide the future of Millions.... and I'm here getting slapped by three cocks, like the worthless bitch that I am...

I have to escape Newland somehow... Could he have predicted this? He knows the President personally, so it's possible he knew about whatever he did to deserve that vote of no confidence and got me here to be absent from the vote.

That sneaky little bastard... He didn't want to fuck me or ransom me for Sex, he wanted to sabotage the Popular Front and my image!

I will think of a plan tomorrow... for now, I should get some sleep...