Don't mind the title, it's just what I renamed my Fallout 4 install directory to, of course this was before Fallout 76 was released even though I have no intention of even touching that game. But anyway I promised in my last entry to have images of the new character I mentioned, well in the time between then and now I created a 4th character. They'll be in two different spoilers below with a bit of a description.

So this is the character I was talking about in the last entry, her name is Scarlet and as you can see her dress sense changed between her initial appearance (the first shot) and her current appearance (the second shot) I originally was going to have her as the institute's answer to Cris ('cos you know how destructive Fallout Cris can be) but I scrapped that idea as I can't be fucked with an extended storyline, you'll maybe see the odd short comic but unlike with New Vegas and the Elder Scrolls games. But anyway in comparison to Cris Scarlet is every bit as dangerous but without the irreverant attitude to everything and everyone, however she's also a lot more flirty than Cris is and intentionally dresses more provocatively. 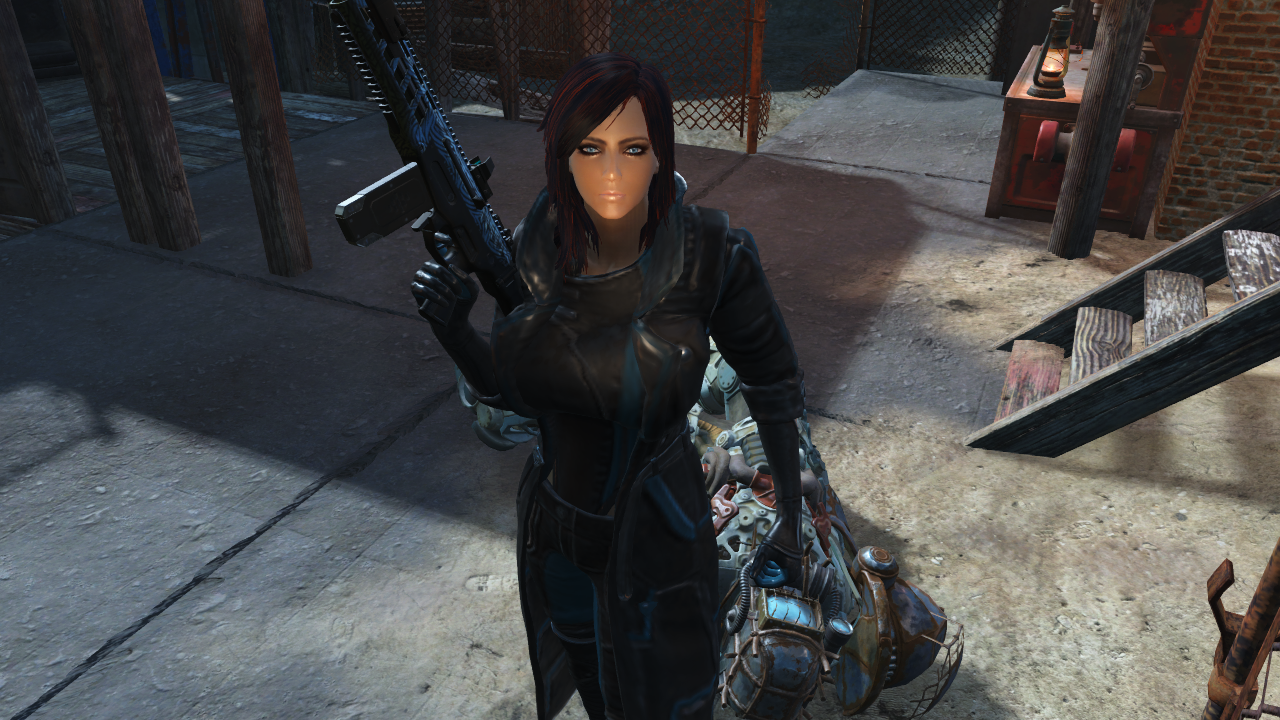 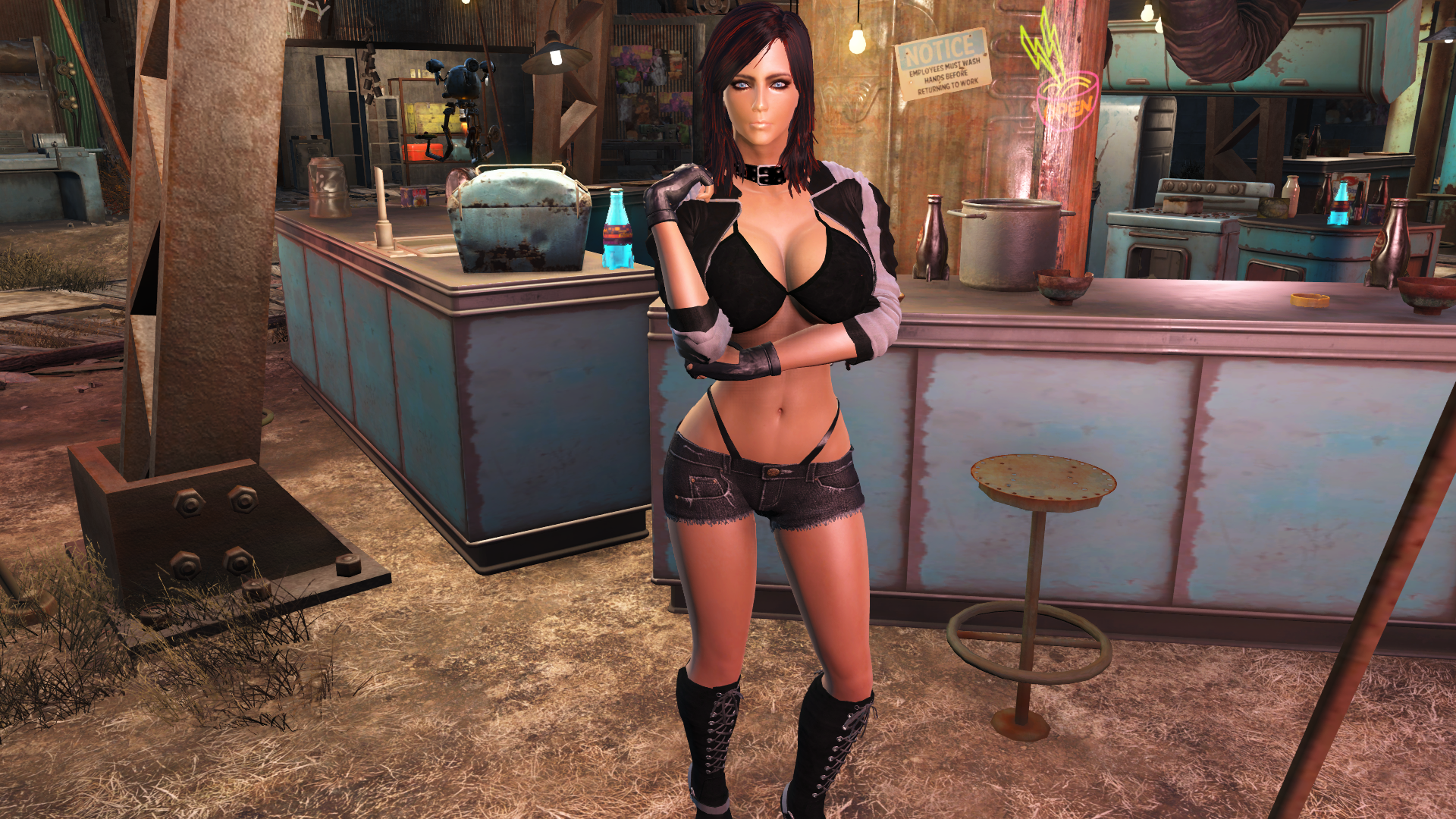 And this is Claire (no relation to the Claire from New Vegas) and that's all I have for her. I literally made her because someone released a Lightning preset (and you should all know how much I love Lightning) I might do some stuff with her, I might not. 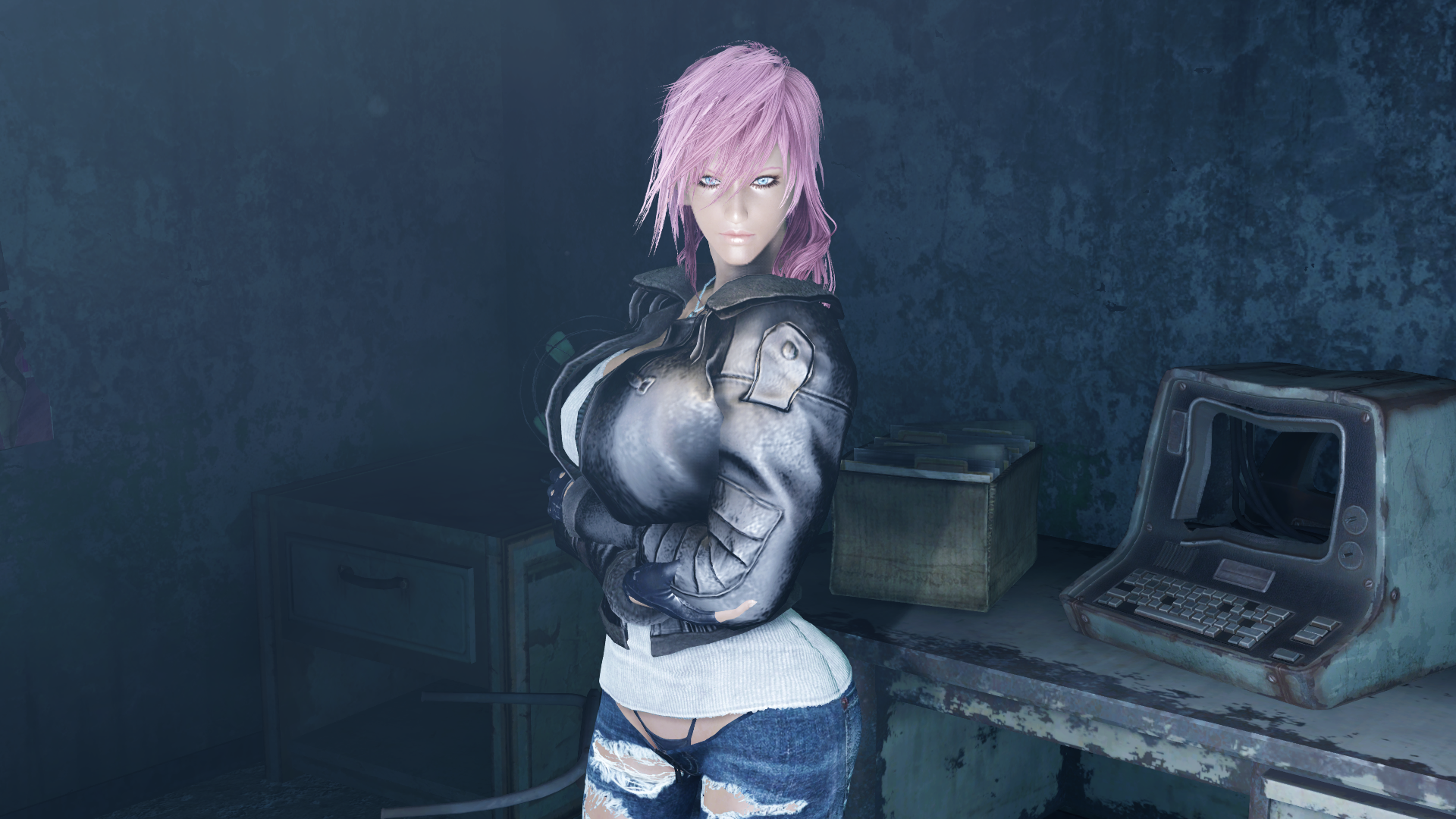 Also my new PC arrived today so I might be able to start doing Skyrim stuff again.