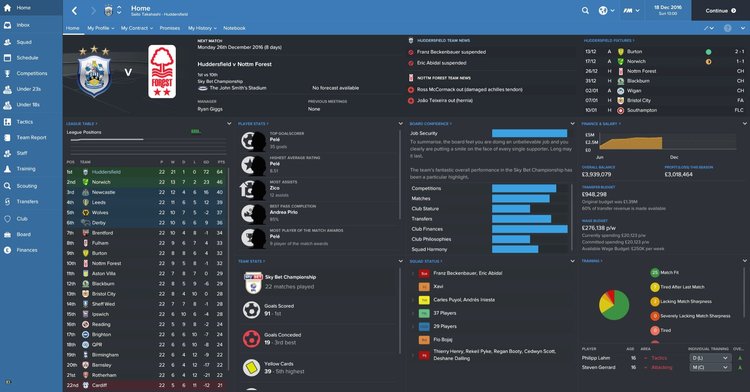 So in my last entry (https://www.loverslab.com/blogs/entry/7348-fun-with-fm-mods/) I shared the team I made with Football Manager mods. I wasn't sure when to do my updates on it but I decided to just post this mid season update (mid season of my first season) and as you can see I've just ran away with the league. The stats you can't see are my yellow and red cards, Beckenbauer leads with number of yellows at 10 and Eric Abidal has the most reds with 1. I don't have much else to say about the season so far and since I plan on going up to 3 seasons with this save (the current one, my first and second seasons in the premier league) just to see how well I can do with this ultimate team.

But yeah quick update for anyone interested, also I very rarely use my actual name for football manager and this one I'm using now was initially created as an experiment to see if a well known japanese manager could attract japanese talent to a club.