Physical Description: Ashanaria, while starting as a stereotypical lithe and whispy blood elf, has been transformed through lust and dark magic to the voluptuous embodiment of sexuality she is today. Her breasts, hips, and ass are all unnaturally large for a blood elf while her frame remains petite, which attracts many curious glances from passers by. Her long, luxurious hair is golden and shines in the sun while her eyes burn green with the fires of lust and desire.

Backstory: Ashanaria began her journey not as a her, but as a he: Asharan the priest. Prior to traveling to the western continent, Asharan was a humble neophyte working in his temple to the light when most of the inhabitants were slaughtered by remnants of Arthas’s undead army, including his mentor Aramathes. Vowing to avenge his mentor and fellow priests, he sought aid and strength from Silvermoon but received none. Refusing to be disheartened, he travelled to Orgrimmar to seek help from the mighty orc and troll shamans, but he was once again turned away, as the Horde’s resources were already stretched thin.(edited)
?
1
However, while packing to leave Orgrimmar, Asharan met a traveling orc shaman, Ikkath, who listened to his story intently and offered his own form of help: the power to avenge his fallen companions but at a steep price - his freedom....and his manhood. Willing to accept anything at this point, Ash accepted Ikkath’s offer and soon found his body twisting and contorting, leaving him as a beautiful young blood elf woman.

Now Ashanaria, the young priestess found herself helplessly attracted to the shaman and his massive orc manhood, spending the first 15 minutes of her new life on her knees worshipping a new god - long and thick. Although she was enslaved by his power and lust, her own powers began to grow after each service, but twisting from her old teachings into something dark and primal, something fed from lust and pleasure. Her body quickly began to change to meet her growing appetite for pleasures of the flesh, completing her transformation into Ikkath’s dark priestess. 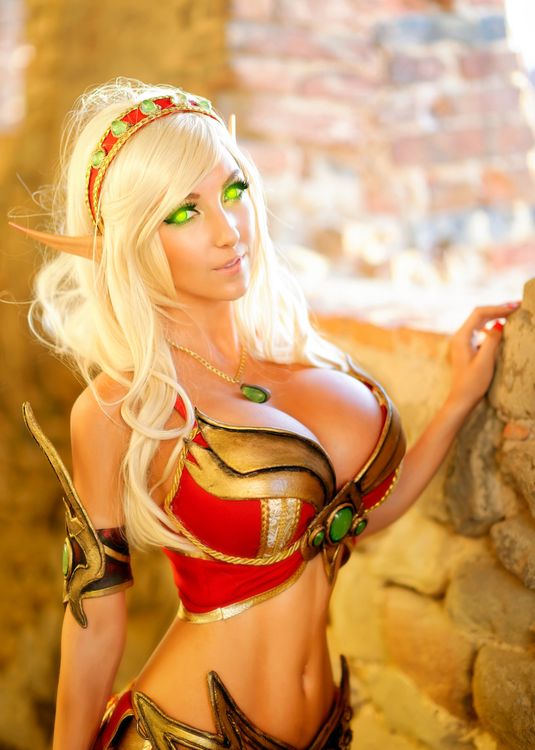