Remember how way back when I did the variable limb version of the Bikini set, I mentioned that I skipped doing the individual legs because it would require me to make new lower legs that weren't built for the original's crazy-high NiOverride settings?

So yeah, I did that. 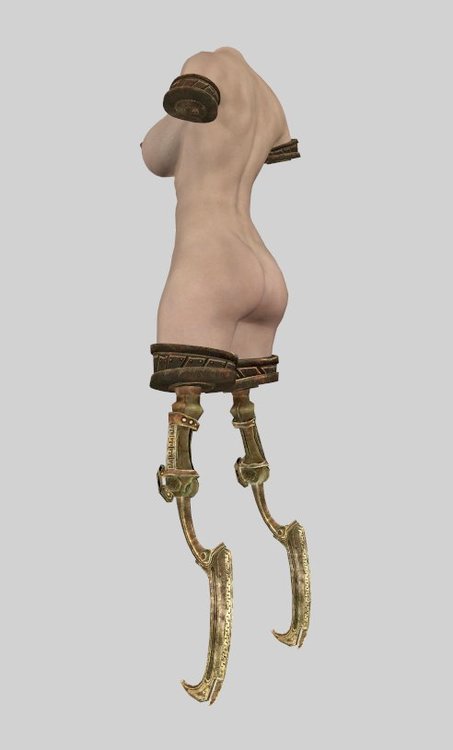 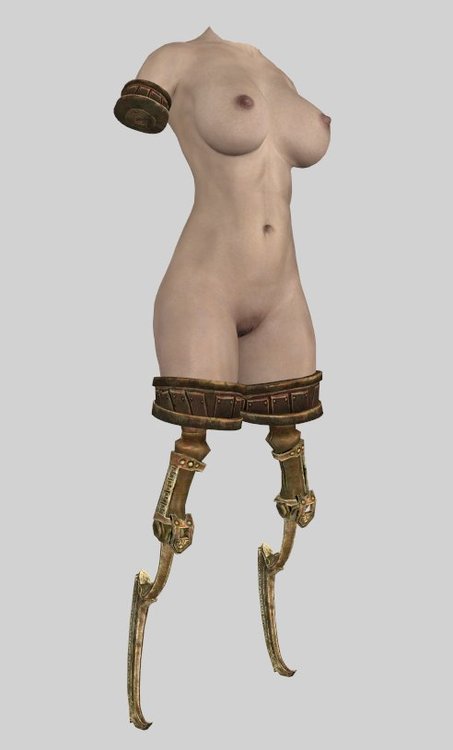 Wanted to have something that had a swept design similar to the original legs, so the Dwarven bow seemed like a logical place to source from. Also gives it a look evocative of real-world spring type prosthetics, so that's a bonus.

Actually managed to get it positioned and weighted properly for in-game use on the first try, which doesn't happen nearly often enough. Especially when joints are involved. 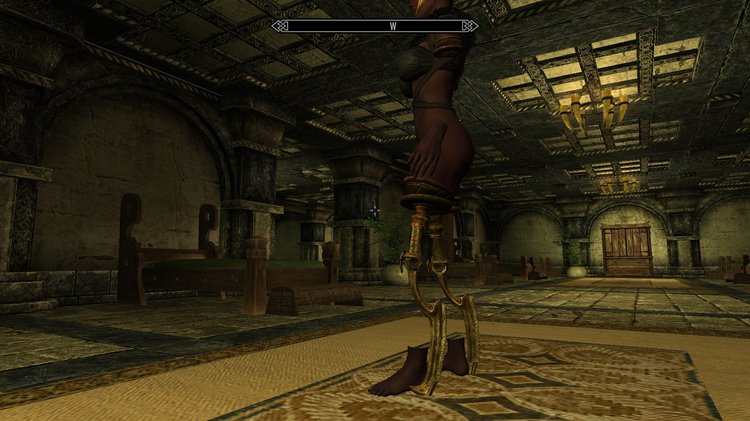 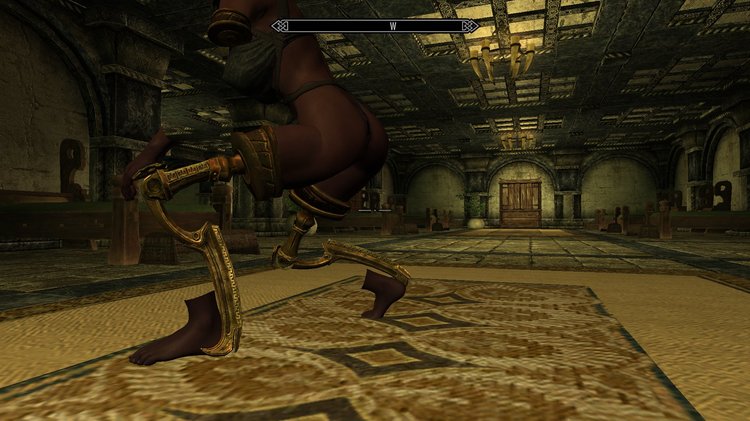 (This is what happens when you don't block off the hand and feet slots for one of these armors. But doing that requires the Creation Kit, and this is the testing armor entry that I made to swap .nifs into specifically so I wouldn't have to open up the CK all the damn time, so.)

The only downside positionally is that the right 'foot' ends up a couple inches off the ground while crouching, but you get similar shit with a lot of armors. I'm actually more concerned that the visual balance between the parts is off. I wanted to use the Blade-type legs to give it a more skeletal look, but the thigh 'bones' are a bit too thick for the shins. I'd like to thin them down a bit, but I already had to massage the upper ends of the bowstaves down to get them to fit into the joint so I'm not sure how much I could realistically do there. It might actually work better to go in completely the opposite direction and use the armored thighs from the Arms-type legs instead. I mean, if you're stuck with a weird visual balance, you might as well commit to it.