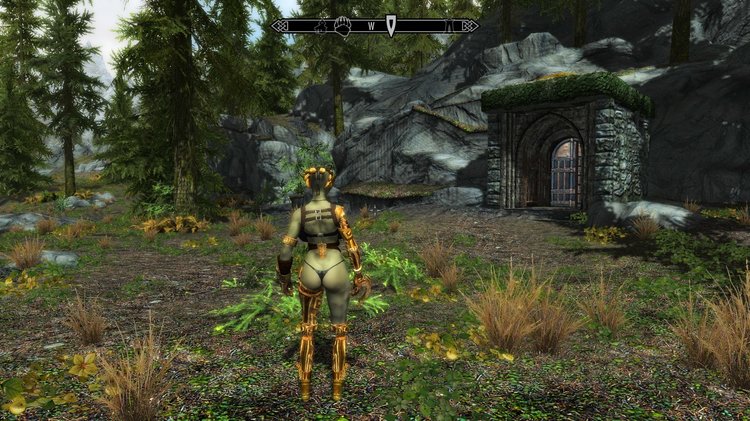 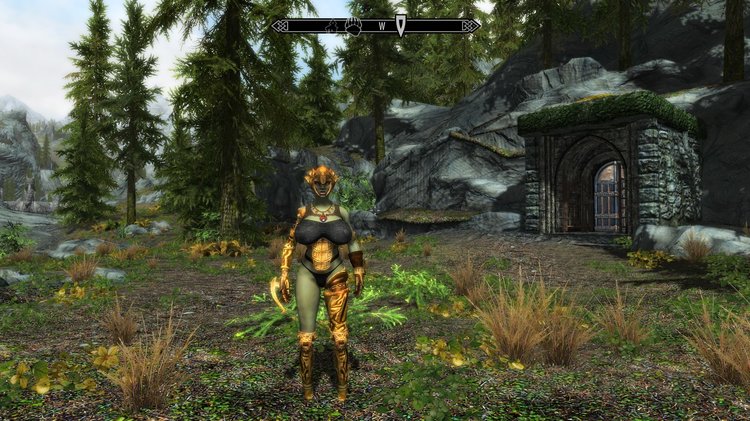 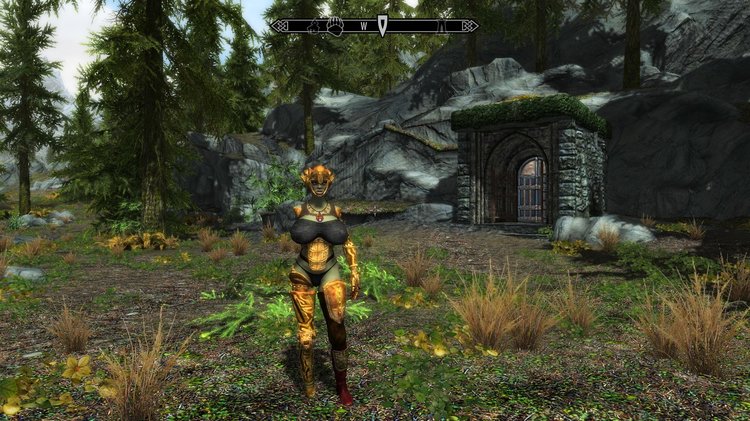 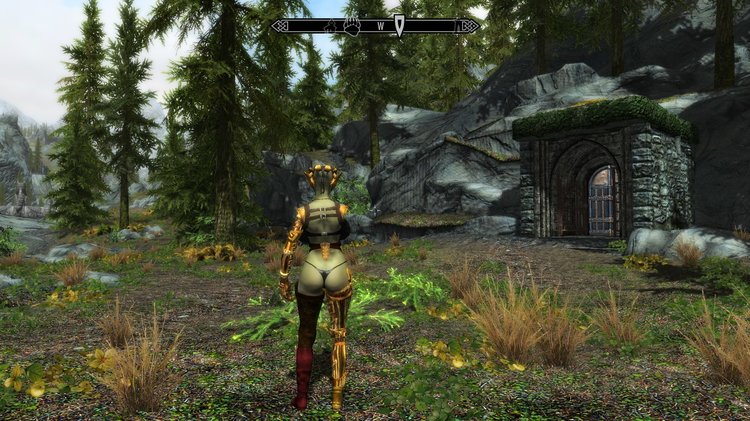 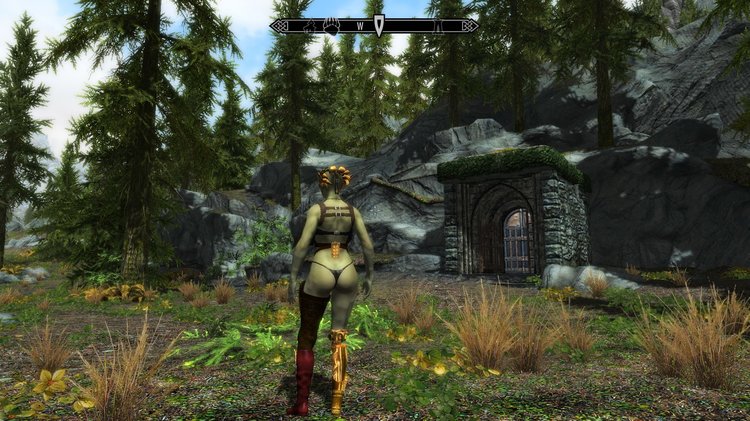 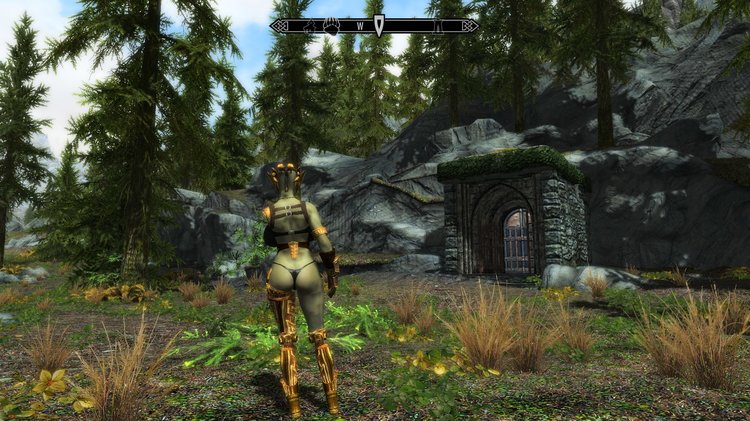 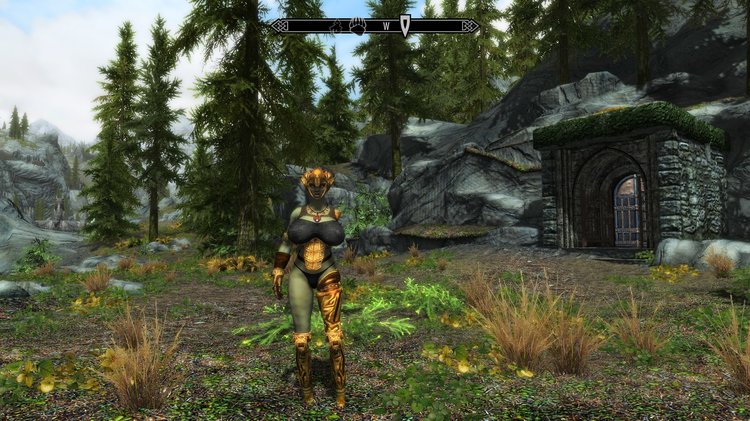 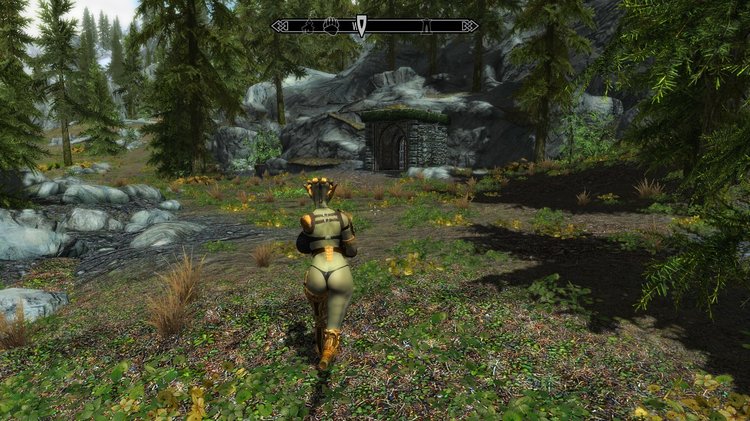 God, adding 160 items to the Creation Kit is tedious as hell. But I'm through it, aside from a few little error fixes that need to be done. The Gynoid Variable set is officially in the bag. Every feasible limb combination (sans any 'single missing leg' versions, because I wouldn't be able to make them hop), new at-the-knee cyborg legs, new boot and hand sets to match them.

And every single thing in the Gynoid set now has its own ground model. 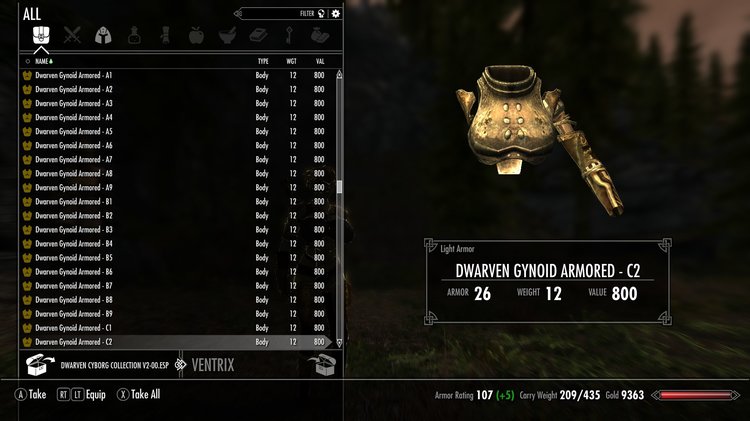 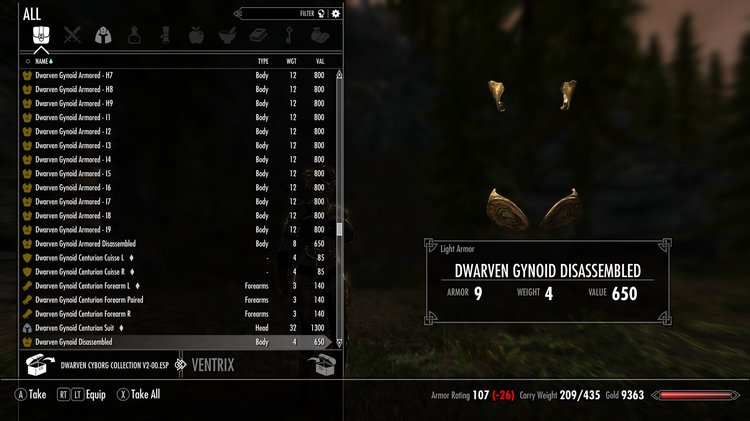 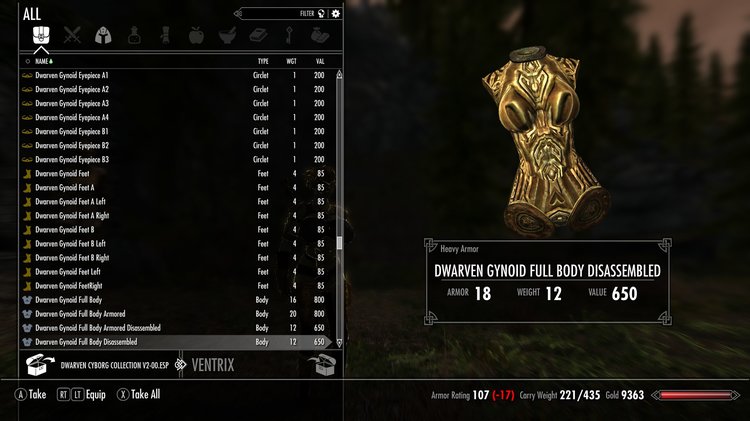 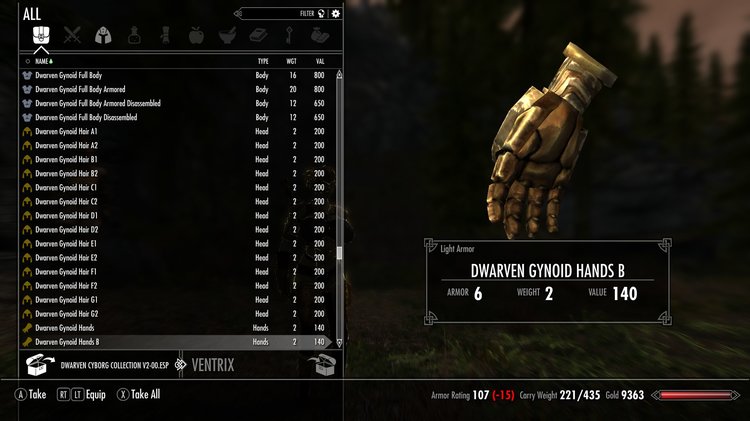 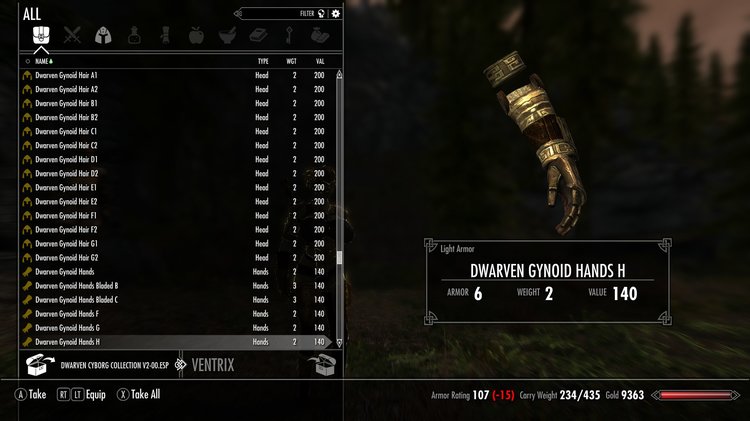 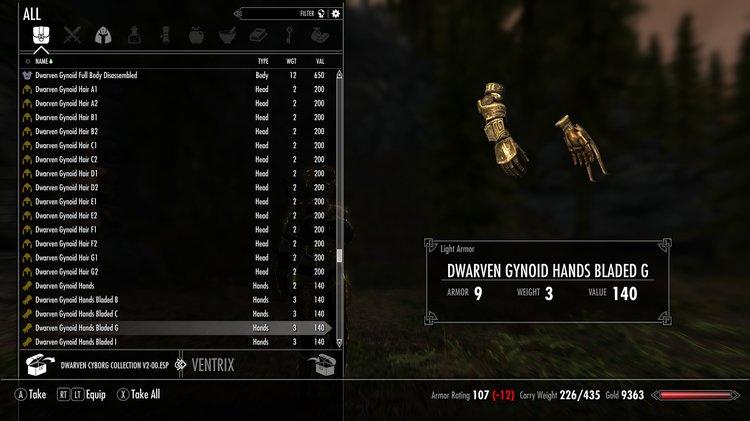 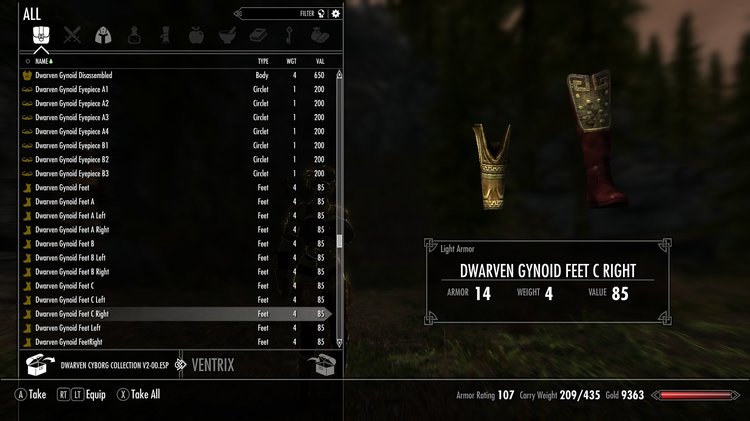 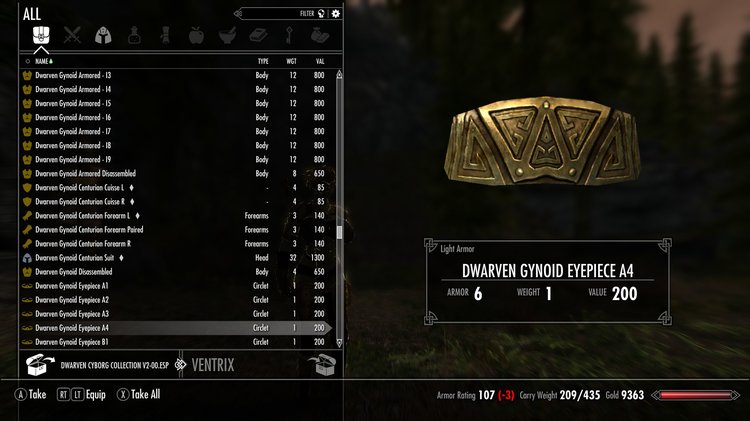 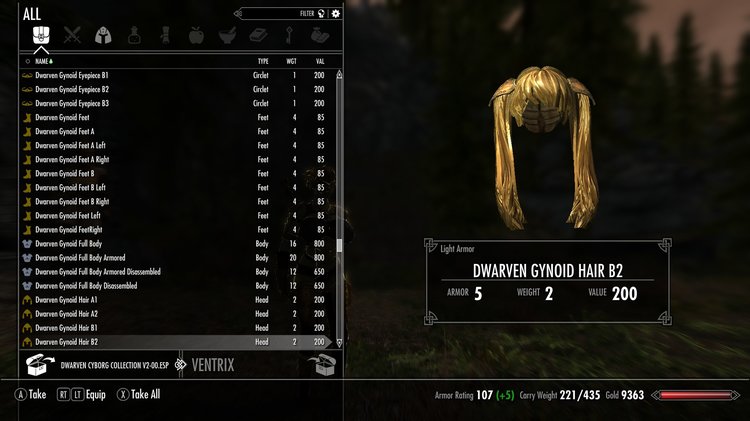 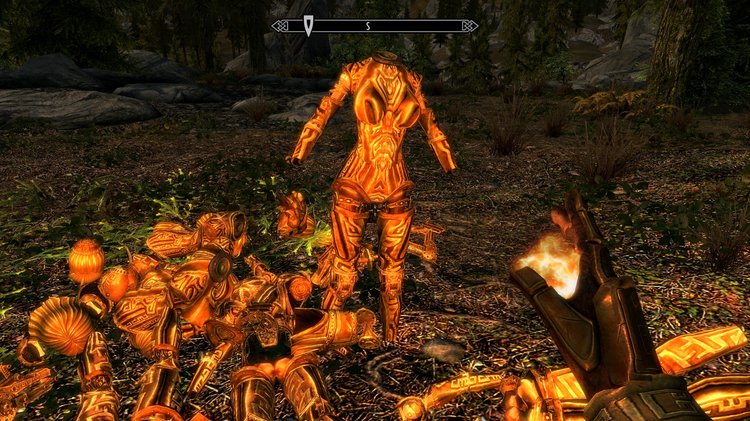 There are some problems with these- I'm still using the same root data I stole for the Bikini ground models, since I know it works, but while the inventory displays are nearly perfect, the dropped items have some kinks that need to get worked out. The head-mounted parts, in particular, spawn with their center of gravity about a foot below the actual object. They're good enough for now, but I'm going to try to find a fix for that before I do the ground models for the Heads set.

This puts me in the home stretch for the next update. Just got those few easily-fixed errors to take care of, and a couple of things to polish up for the Extras pack- a version of that top from the Blades Hakama set on the character above, for one- and then it's just screenshots and writing up a new description. Should hopefully have it out by the end of the month, unless I get lazy.

After that I'll start work on the Edhildil Variable set for the following update, and then there's just one more thing that I want to do with the bodies before I'll consider them properly 'done'. I might look into doing a CBBE version after that. I don't use CBBE so it hasn't really been a priority for me, but offering the option would make including stuff from here in other mods much more feasible, so I do feel like I probably oughta get around to it at some point. On the upside I have learned a lot about how Outfit Studio works and now know some tricks that I think will make things a bit simpler. On the downside, I haven't actually tried to apply those tricks to a complete body conversion, and don't know if they'll actually work yet. And I haven't been able to find a way to directly convert a UUNP outfit to CBBE yet, so that'll take some more research. But at least I won't have to redo he Creation Kit work.

And of course I'm still messing around with various experiments as the whim strikes me. I'd like to see if I can get that head-in-a-jar stuff working by the time I'm done with the bodies, for one thing. And then there's stuff like this... 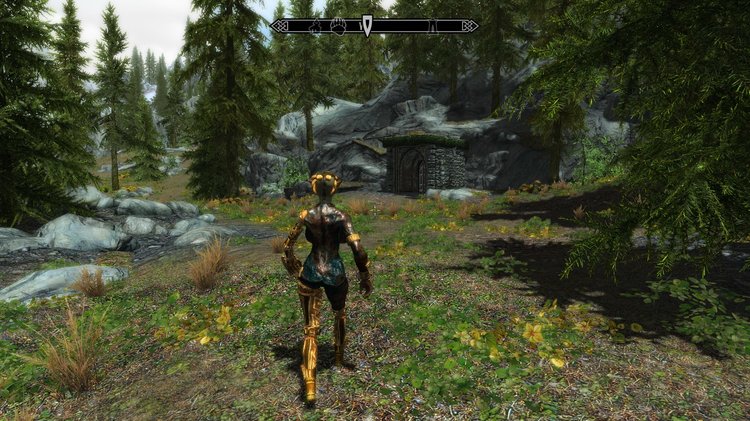 Don't think it's really workable to do this for all the bodies, since the effect is part of the armor add-on entry and thus would require completely duplicating the entire set, but it could be interesting to use it for some specific 'special' limb sets...