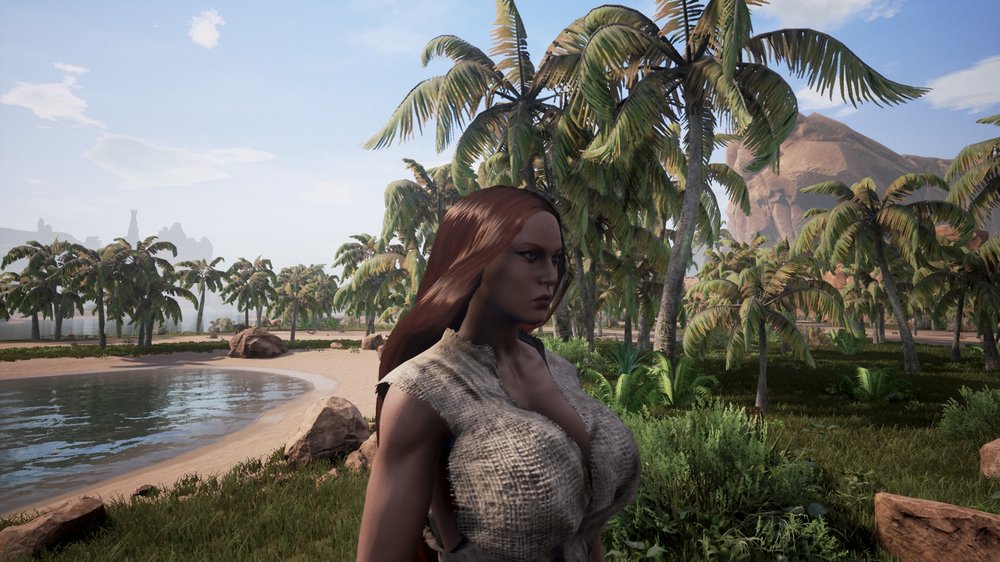 Kyceria was brought up to be a housemate, a wife, some man's property, and nothing more, nothing less.

The girl was pretty much a true bred Hyborian from Northern Aquilonia. She was short of stature, overly blessed, long thick tawny hair, with eyes a pure color of grey, almost silver. Her father, seeing her beauty at an early age, had hoped for a marriage into nobility, and had done everything possible to prime her for that. Kyceria was brought up to be modest, as many Aquilonian nobles were, and knew her place in the society. She accepted that, and was fine with it. Inwardly she was fascinated by Ibis, but outwardly, she worshiped Mitra, because thats what she was told to do, and she always did what she was told.

Then on that fateful day, everything changed.

Kyceria was at a marketplace, buying food for the household. She had taken a shortcut through some little used alleys to get to another part of the town. As she rounded the corner, she came upon a scene of horror. A man lay dead in the street, strangled, it appeared, and he looked to be somewhat important. Three ruffians stood around him, looting his body, and there was quite a bit of money being taken. At that exact moment, there was the unmistakable commotion of the city guards coming from around the other corner. The looters looked up, recognizing what was about to happen, and one of them told the others to run. As they started to head her way, she heard one of the men say to the first one, that they were caught.

"Not necessarily," she heard the leader say, "watch this..."

He paused just slightly in front of Kyceria. As she stood there gaping, the man waited and it was as if time stood still. Then, just as the guards came around the corner, he shoved a couple purses of the gold into her stomach. Kyceria caught them and held them in her hands, a simple involuntary reaction to the movement.

"Good plan, you three," he shouted to Kyceria and the two bandits now beside her, "but its everyone for him or herself now! Get out and meet up at the hideout!!"

With that, the three men all ran off, down the alley from whence she came. Kyceria stood there dumbly, holding two full purses of gold, as the guards swarmed around and past her, not realizing what had just happened until it was too late.

Her words fell on deaf ears. The guards tried to make her talk, but there was nothing she could say except the truth, and they didn't believe that for a second. Her father did not have enough money to pay the guards to free her, especially after they had had their fun. She was tainted now, he said, and his noble plan was failed.

So Kyceria hung on a cross, with a note pierced onto her, claiming she had murdered a money lender and had participated in other general banditry.

Just before she passed out, man came and cut her down. He explained that she was a prisoner, exiled to this land, and the bracelet she now wore would rip her soul out if she removed it, or crossed any of the ghost fences.

Kyceria didn't know how to fight, how to survive, or how to do anything other than cook and sew. She followed the road the man had set her on, and found a river. She managed to make herself some clothing with the plant fibers she gathered. She had made her way upriver, mainly just running from every creature that noticed and attacked her. She saw several little houses along the way, so she assumed other people were living here, but so far she had seen no one, or they were sleeping behind locked doors. Not wanting to disturb anyone's abode, she had finally found shelter against the cliff wall, an out of the way place that would at least protect her from the desert sun and wind. The river was nearby, so she had water, and there was a nest of shellbacks, so if nothing else she could steal their eggs for something to eat.

She sat by her little campfire and bedroll that she had made, contemplating what would happen next.