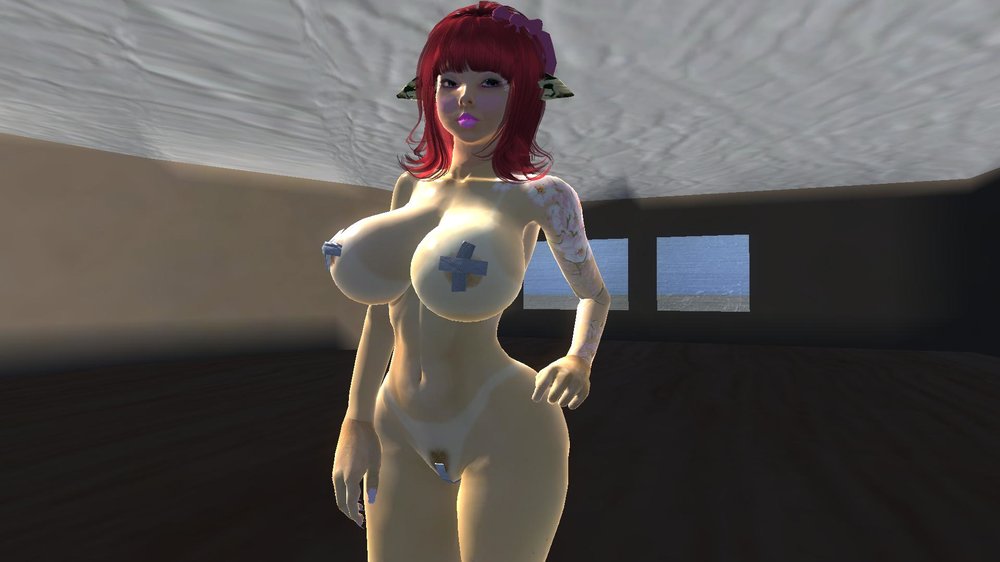 I wanted to first take a moment to wish you all a very Happy New Year! I hope that everyone has an amazing year with nothing short of happiness and success. May you all accomplish your dreams. Sorry I was late on it but I've been so busy with so much and I wanted to post with some news for this year. Though busy, I was putting a decent amount of time into creating content for this year. More planning as well.

There are several things I am going to discuss. I warn some may be a bit shocking and may disappoint or make happy, some users of my works or perceptive ones. As you all know, I'm always trying my best to see what people want and don't want. I try to take into account many things one of the major ones being analytic of my own blogs. As mentioned before, I've closed down my "New" but no rarely used blog because I've seen both this and my other blog the one that people know and love. This also goes for my bodies. No, I know Oblivion itself is 10 years (come March 20th) but people still play it, albeit not as much as 6 years ago when mods were released constantly, oh I love that duke city mod and some of the other great modders works, I will continue to mod Oblivion but I may take a small step away if I find Fallout 4 modding to be what appeals to me. Though this is solely dependent on Blender and Falout 4 import export ability. My main game is still Oblivion and when I see modders like Speedbuster, (my personal favorite modder -sorry if you're not SPB), it keeps me modding as his/her work motivates me. I am rambling so I suppose I should veer more on point.

Announcement 1: After careful consideration and anger for the lack of mod releases (totally understandable), I have decided that I will do my best to touch up and release some of my old works as well as make more new works for public release.

Announcement 2 (related to A1): Because of my decision, despite me adding two bodies to my list of bodies, I will be making various mods for the other body types. I will not make each and every mod for all bodies. I will look at how much support/ comments/ interest, each body gets and I will plan my releases accordingly. This is a tough decision as I know some who like all of my bodies, but I fin making each mod for all bodies can be a bit much and it actually takes away time from the simple process of making GND models, and icons for the mods. It also takes away from making as perfect mesh as possible as I have to then convert it to my other 3 bodies. This is actually a major reason why so many mods are not shown, it is my fault for over promising of course.

Announcement 3 (related to A2): While I am stern on this point, I am not against doing other bodies of mine that are not released and in many cases, I've already made a rough conversion. But I will ONLY release them if requested directly, I'll be creating a new Loversab account soon as my inbox on LL is full and I have conversations I will not delete to honor certain memories with some members that I humbly miss

Announcement 4: One major point of deliberation was the decision to start modding the DMRA body. Yep, that's right, after years of refusing to work for that body, mostly do to the amount of mods already made for it, I've decided I should just start working on it. I've also noted the reaction my DMRA High Lace Thong has gotten. This mod alone had some of the greatest support and I want to continue that trend. I love my other bodies but without DMRA, I would have never laid a hand on Oblivion as I wanted a more curvy body and tbh, some of the others were not cutting it for me.

Renouncement 5: I am working on something very exciting for spring, it is nothing spectacular but when it is released, I think everyone will be surprised at it, especially because of the detail put into it. More on that in a future post, but one thing to note is I've spent a a decent amount of time makingmy own body type. The body I've made takes elements from all the bodies I enjoy. It has elements of the DMRA, Suiguts, Suicup FCPA and the now defunct BTRA body. IT is taken from the DMRA with it's big breasts and curvy but well portioned lower body with tat extra plump ass, the sui guts and FCPA with the killer curves, the suicup with the killer curves but less muscle tone but tick wider butt and the BTRA with the slightly bigger breast that have a little sag to it. It is actually a perfect middle between all of the bodies so it is my preferred body. When I can muster a name to it, I'll release it for the public to play with. If it gets a good response I'll aim to release my spring WIP or it (already have an early apha for it). Here's a few pictures. 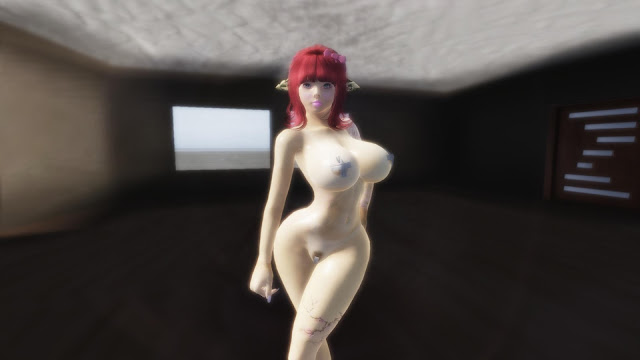 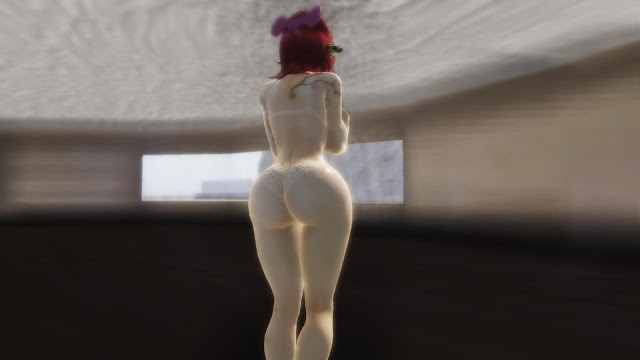 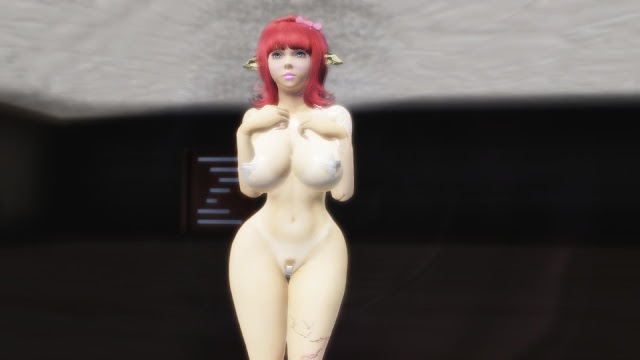 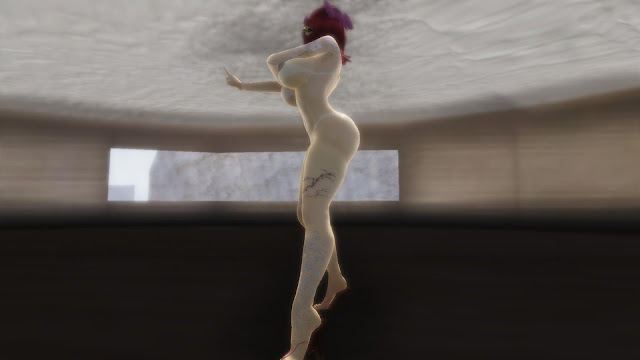 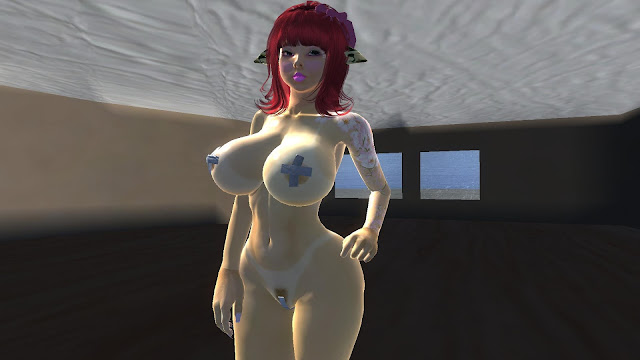 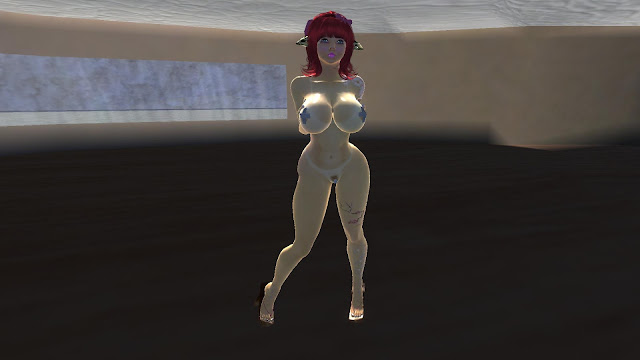 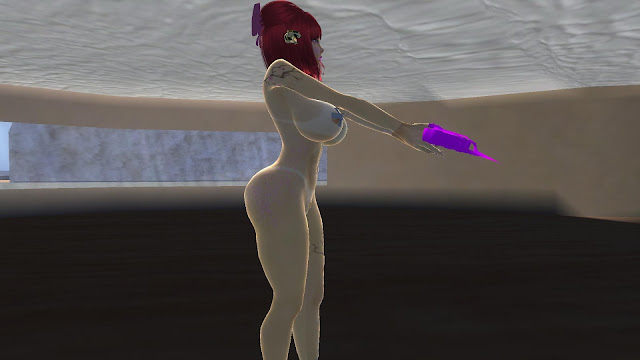 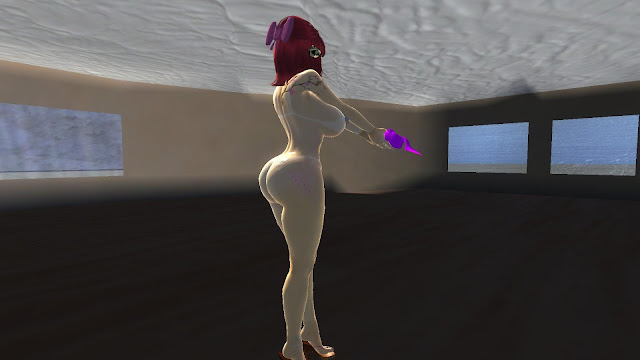 This is with a quickly converted outfit 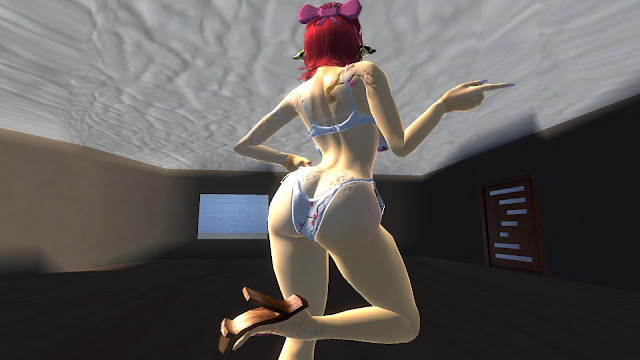 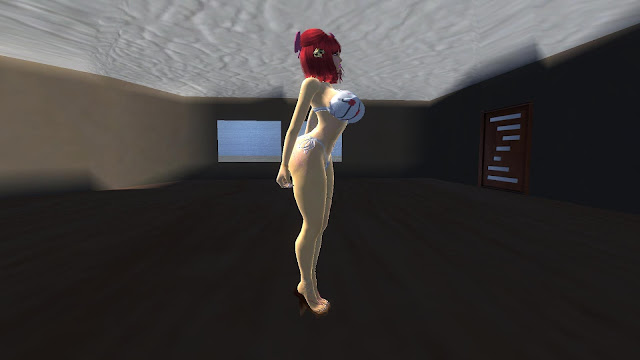 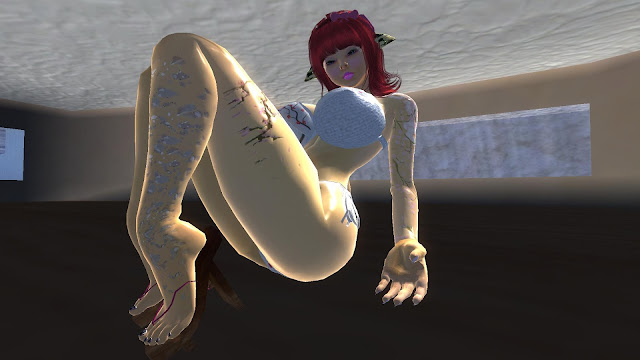 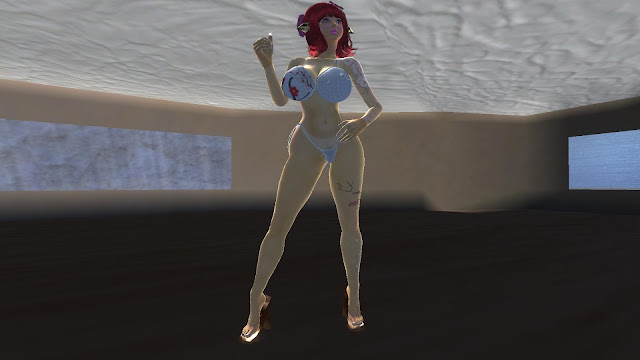 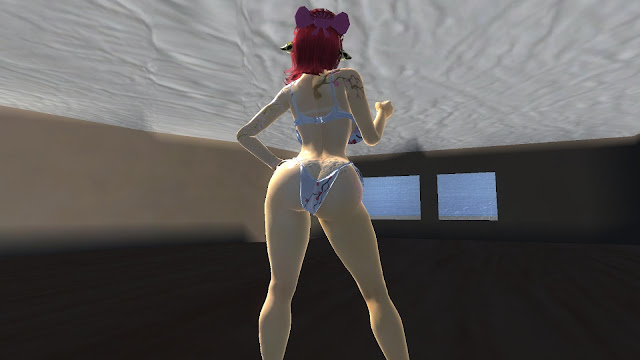 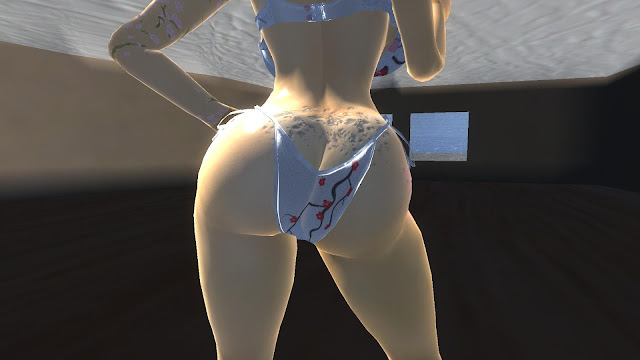 Lastly, I would do my typical resolutions posts but this post is long enough as is and for the most part, the announcements more or less covered it

. But I'll probably make an official one at a latr date.