The plan is to go round the circle, praising and punishing until everyone seems stable, and then to pick one slave out for some special attention.

So this is the first of my Special Attention girls. 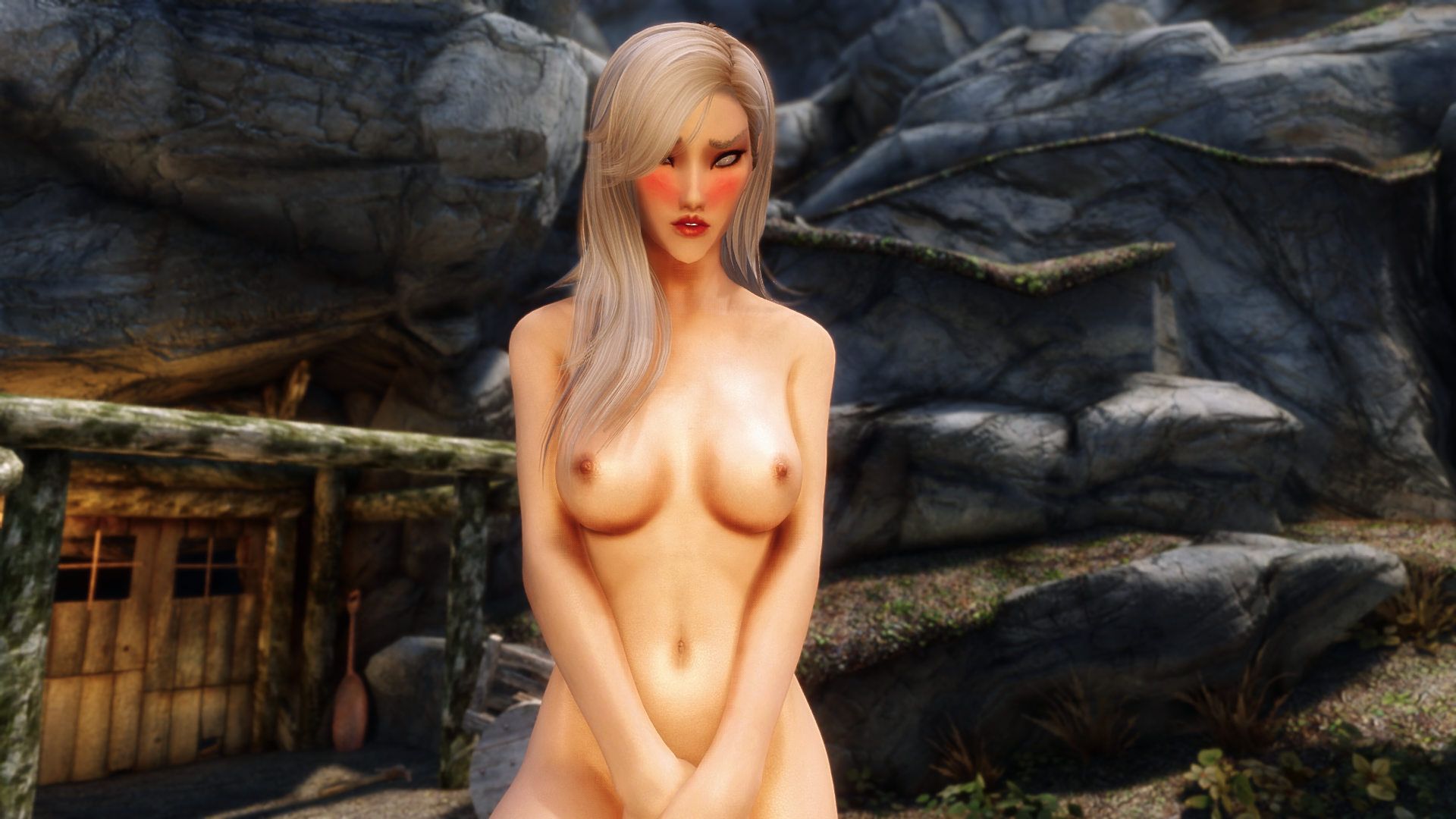 She had some fancy elf name like Lilandria or Leylandi or somesuch thing, but that's a bit fancy for a slavegirl, so I'm calling her Lilly. Also having taken a picture for the record, the hood is going back on.  I'm hoping it will help discourage runaways, but even if not, it can stay there until I'm statisfied with their initial training level. Then I'll de-hood them and move them to the back of the circle so I can keep track of who's done and who needs more work. 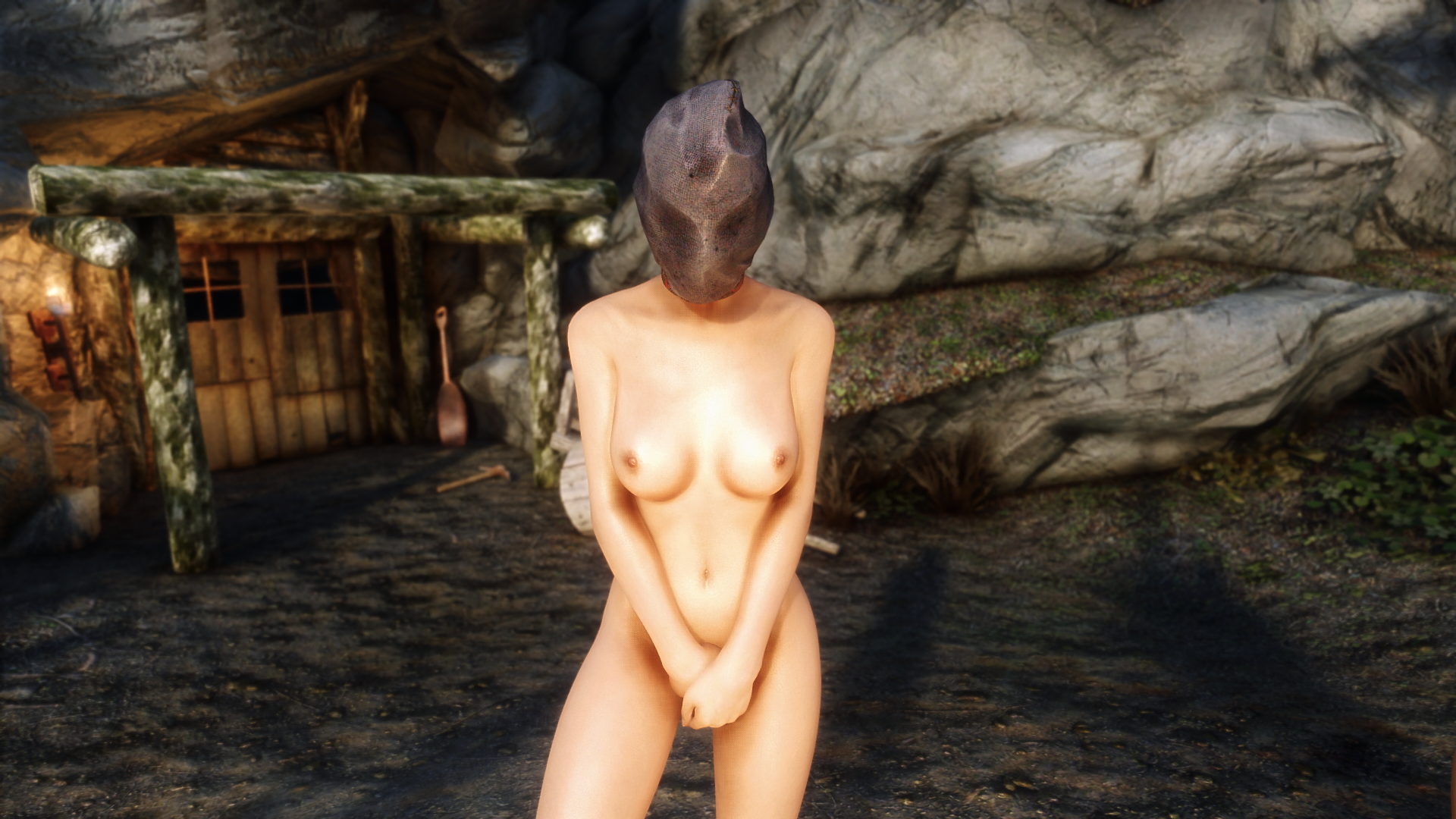 Anyway: special attention. I stood her up, tolder her to touch herself, and wend to do a quick check of the circle. When I get back, I find I can punish her for "didn't listen". Apparently I told her try harder when touching herself and she wasn't interested. So now a quick taste of the whip is in order. Well, when I say whip ... 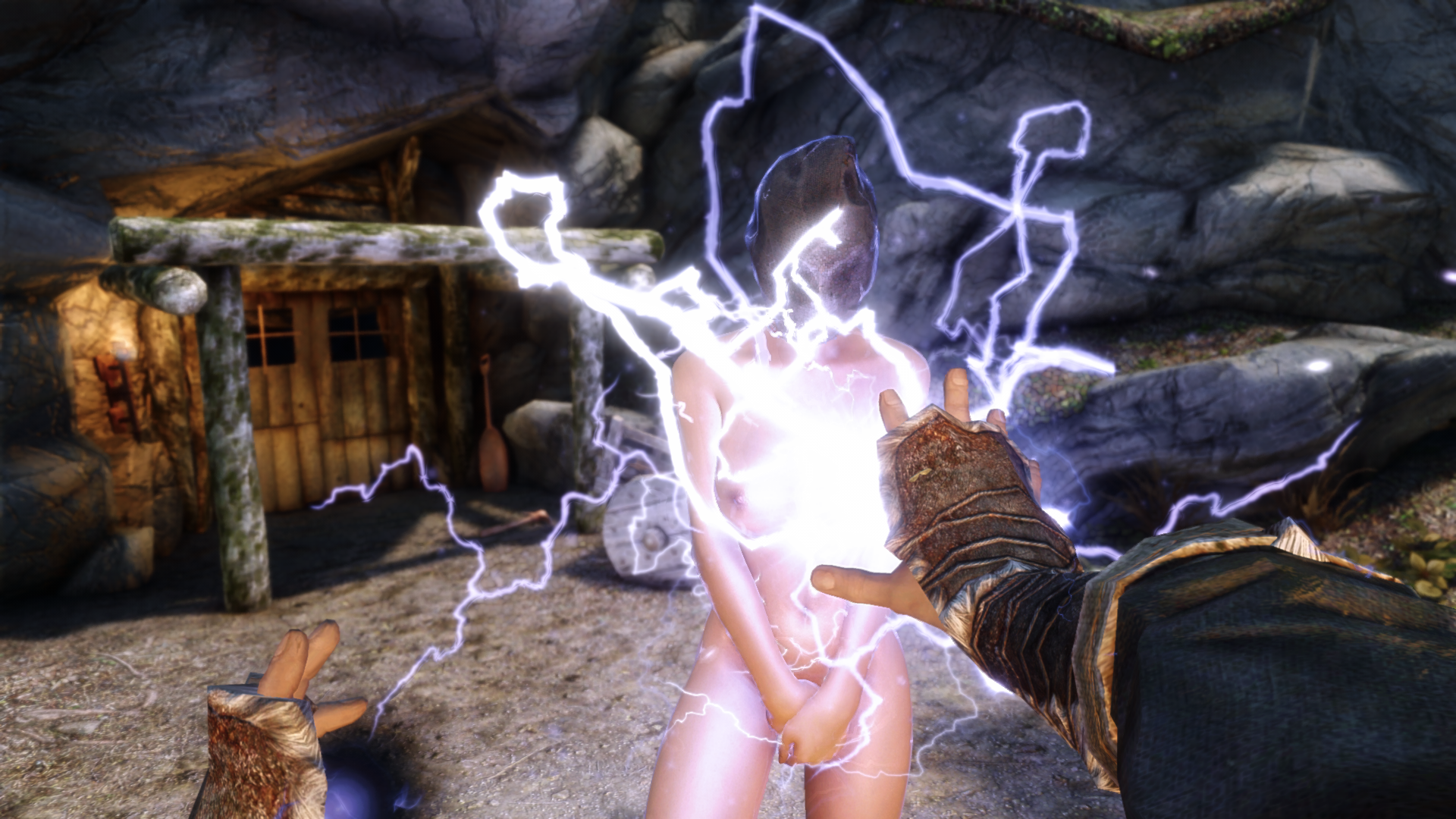 What can I say? I don't even carry a whip. Although smacking a slave agcross the butt and boobs with a fishing rod does work quite well.

Anyway, I disciplined her for not listening, and she got angry at me. So another round of Sparks for Lilly. Trouble is, anger states can be hard to shift. I'll have to warn her about anger. That should speed up the anger management process. 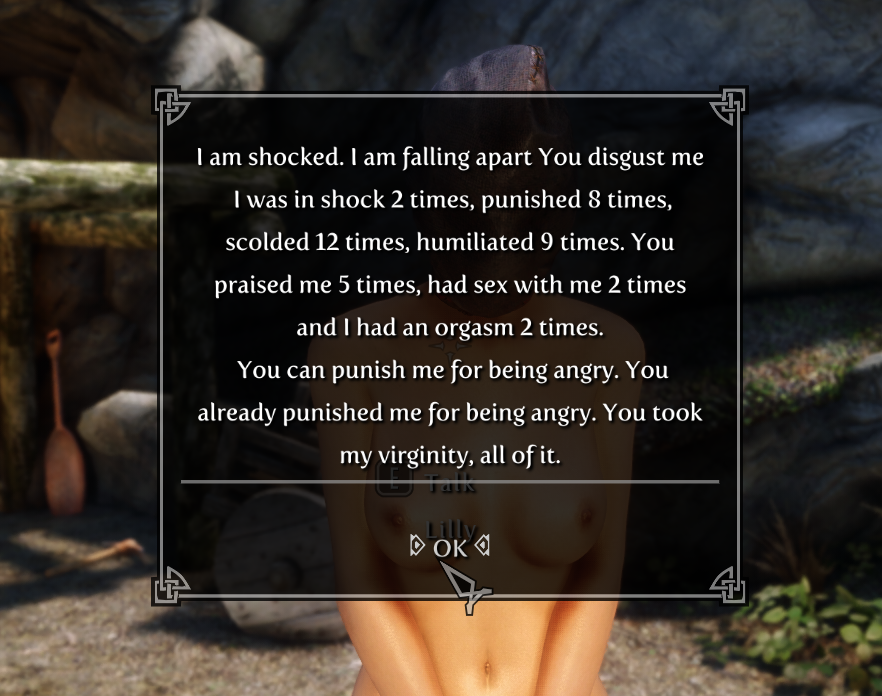 Oh, right, yeah. I took her virginity. Like I said, I'm short on food in Werewolf form rape counts as feeding, which has the happy side effect of satisfying survival mode. Lilly was already singled out so I just let my inner beast have his way with her until the stomach rumbling stopped.

Didn't get any pictures though. I'm sure there'll be other occasions.

I did a quick trip round the circle, checking on the others. It's too easy to get focused on one girl and miss the escape attempt going on behind you, so I make sure I do this fairly frequently. This time I find a couple of crybabies, and quite a few strugglers, including one that wasn't tied at all but was just kneeling, biding her time.

And after that, it's time for a nap. I'm running on half magicka at the moment, and for a mage, that's not good. For a vampire mage who can't easily regen magicka in daylight, that can be serious. I;m a little worried about using the Knifepoint bedding and being out of line of sight of my prisoners for too long. Luckily there's a Craftable Bedroll mod that lets you make a bedroll, drop it to sleep and then (if you're like me) forget to pick it up and leave the damn things scattered across the face of Skyrim.

Four hours later and I wake up feeling Drained. If I was a bit more confident in the girls' good behavior, I'd drop the roll in the mine and get a better sleep. As it is, I think I'll make do.  Now for a quick round of the girls and see who needs some correction after so long unsupervised.