"I really do love how this outfit shows off your cunt." Gascayn is grinning his usual sardonic grin. "It's amazing how fresh and delicate it looks given how much you're whoring yourself out. It really is quite incredible."

He smiles at the nearby serving girl. "What do you think? Does it look like the most fucked snatch in Riften to you? No, right? I think Elves have magical cunts...." The girl giggles into her drink, embarrassed and amused in equal measures. "Elves certainly have magical cocks, don't we? What do you think Ephy? You've taken a lot of cocks... is there a difference?"

Ephedrina just nods, blushing. How can he still find ways to make her feel humiliated, even in this degraded state? Maybe it's a good thing she's not completely used to it... but still.... 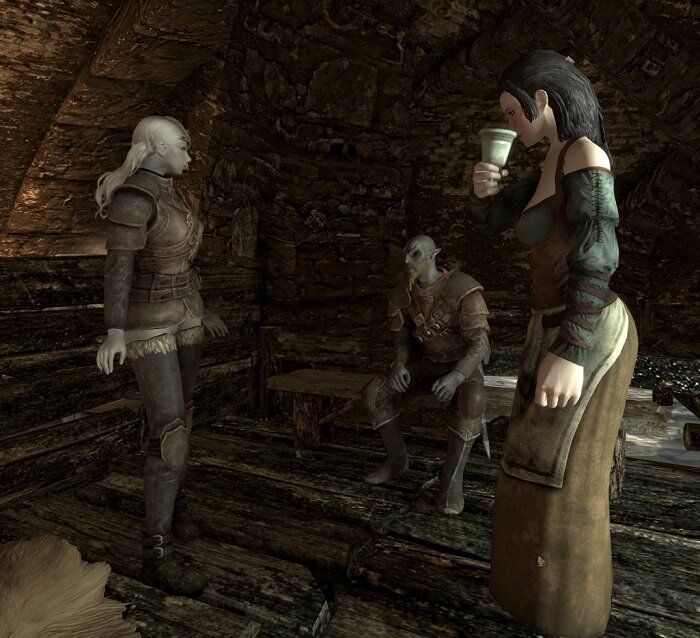 ... it's enough to push Ephedrina to buy out of the "whore armour" deal. She'd managed to steal some valuables at Goldenglow, and this is how she spends the cash. She buys out of the jewelry deals too.

Not that she doubts that Gascayn will find other ways to make her squirm... but Ephedrina is not ready to give up yet. She knows he enjoys the game, enjoys watching her struggle. Why wouldn't he? He's the one who's making up the rules. Not that she has any options except playing along.

Gascayn greets her as she returns, dressed in some stolen robes. "Fuck-moll, we're going Whiterun." 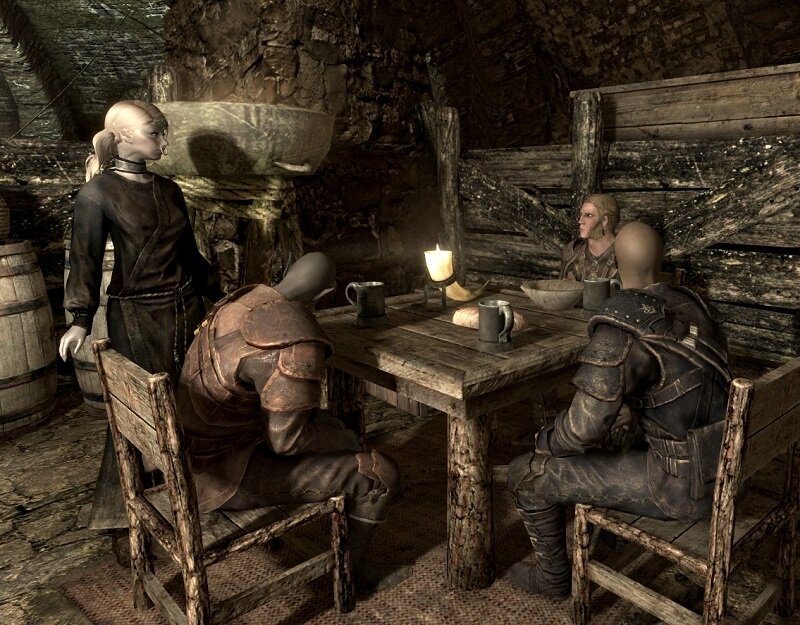 The roads are dangerous, but so are the two of them.

Ephedrina loots everything she can, including weapons and armour. 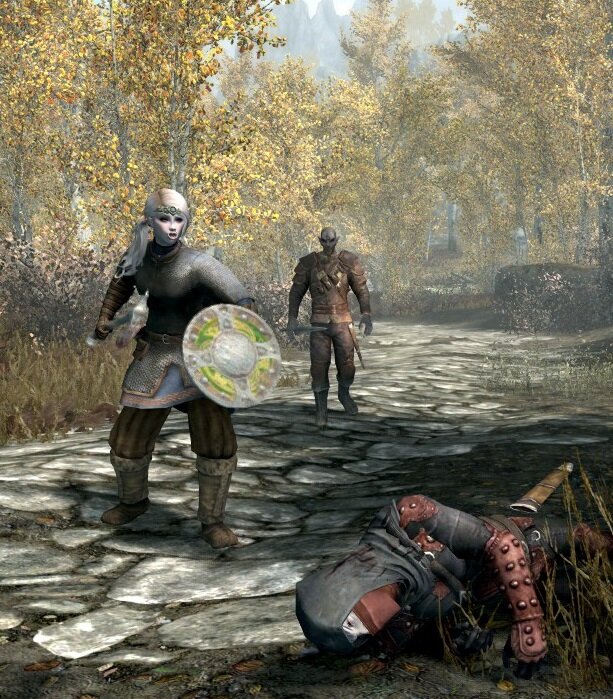 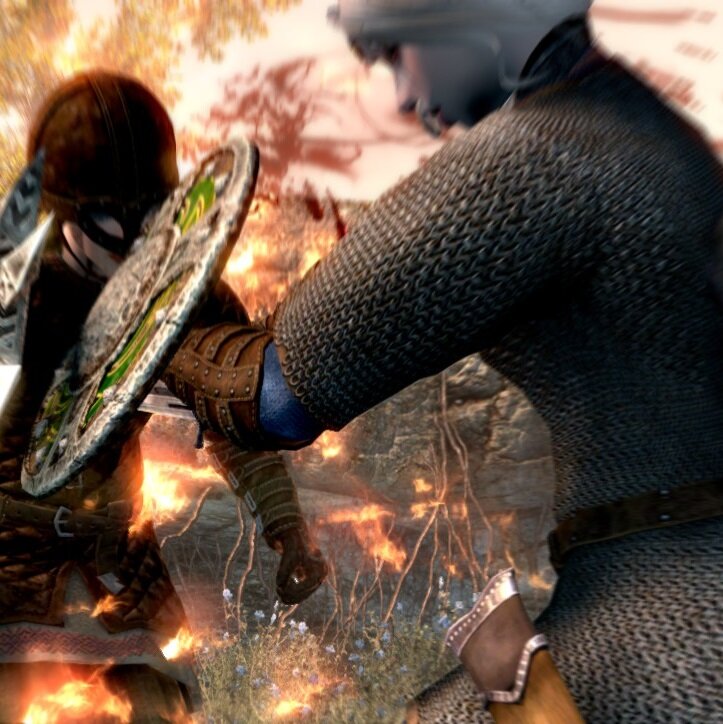 Still, he knows her body well. He takes time and care, to make sure she climaxes... once... or twice... or three times. The bastard. She's agreed to offer him her body at least once a day. He never refuses. 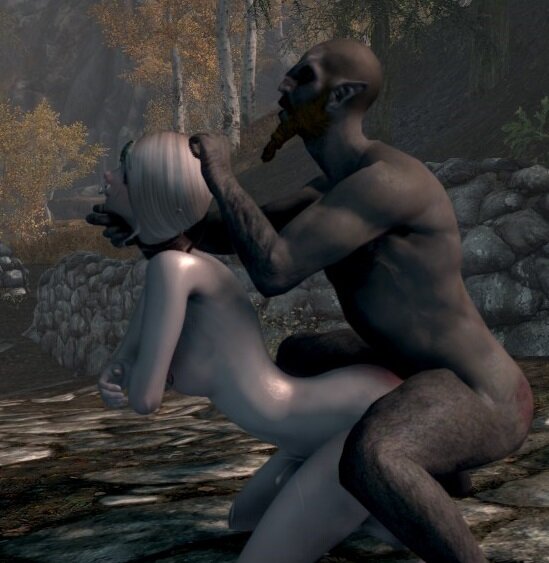 There are moments where Ephedrina can rest and reflect. She's no longer desperate. She's settling into the new routine. Gascayn is still a prick, but most of her time is spent travelling, fighting, and looting. That's what she wanted to do. It's alright.

... was she lucky that Gascayn's the one who bought her? Would someone else have been worse? Was he right to hold it against her that she left him?

It's unsettling to even consider the question. Ephedrina pushes the though from her mind and tries to sleep. 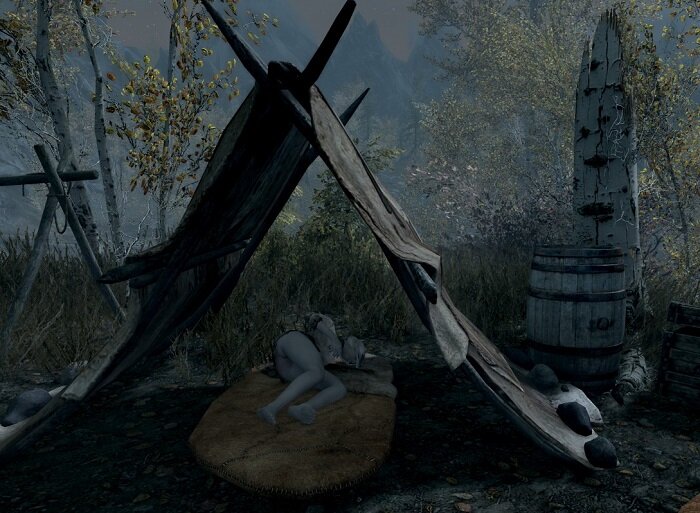 The next days are more of the same. It's glorious. Even with the stupid diadem and the nose ring... and the cuffs... and the collar... it's glorious. Skyrim is beautiful. Ephedrina is collecting loot. She's going to pay off her debt to Gascayn. It's going to be alright. She'll be alright. 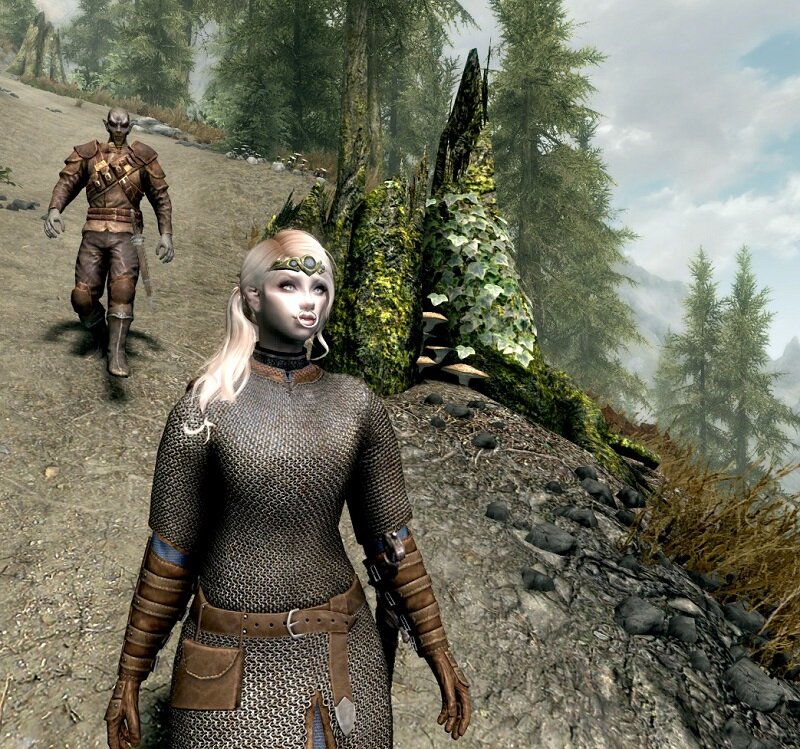 Finally, in the distance. Whiterun.

The bandit camp is not that far off. She wonders if they're still there. 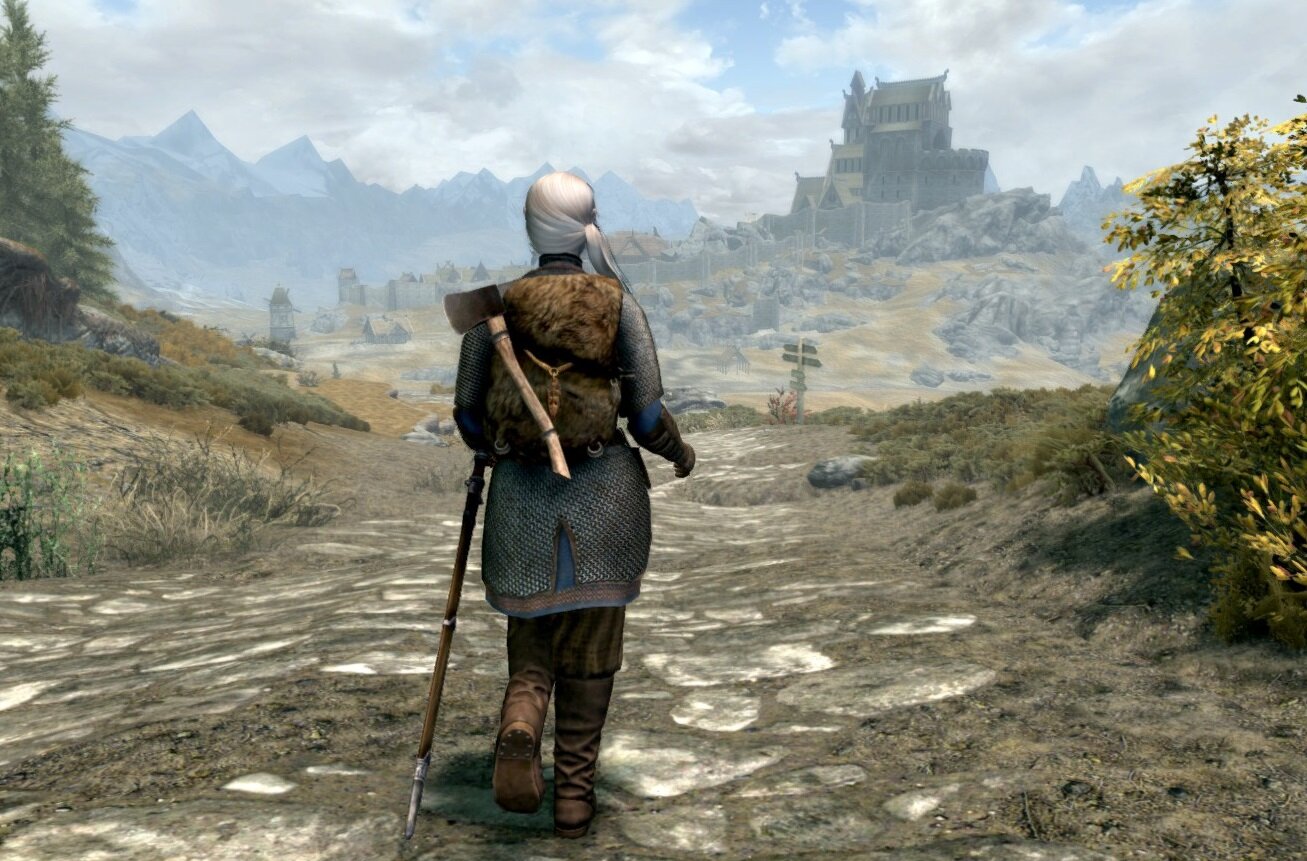