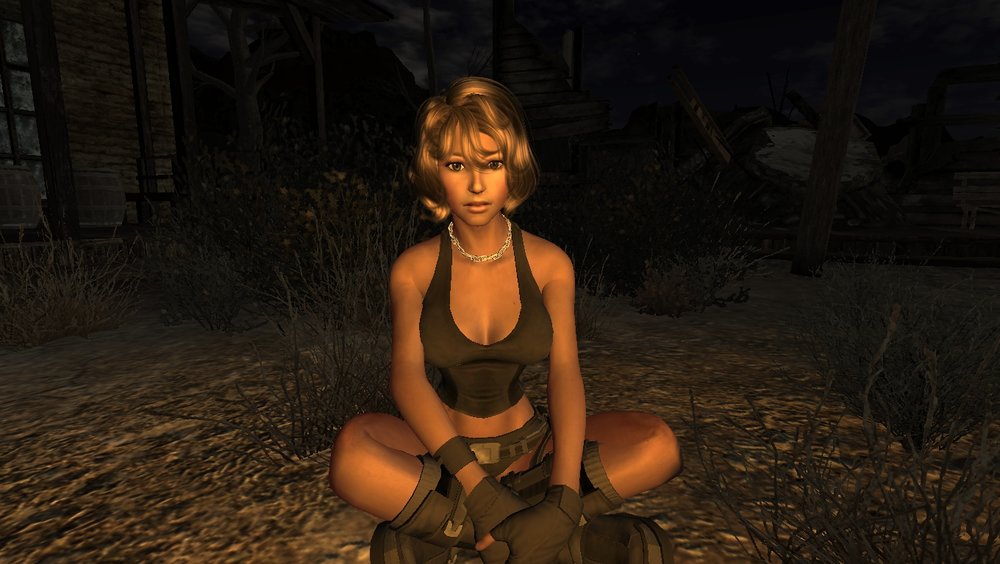 Having a cold does nothing for my creativity, it drives the idea ninjas away*. So here's a basic shot of Kara camping (yes there's a fire there, but I didn't like any of the angles that let me show both Kara and the fire.) Still not sure how far I can push it, I'm pretty sure profanity in my comics would be fine but not sure about nudity (I did read the rules, but I've forgotten them) which could mean the difference between me posting images of my female characters not wearing very much or leaving those kinds of shots out. I also do have an idea for a comic (a unique crossover comic between Oblivion Cris and NV Cris) but I haven't gotten round to taking the shots for them.

*for anyone unfamiliar with the idea ninjas, it's this belief I have to explain why I do and don't get ideas at certain times. Whenever I mention them I usually prefix them with the word "fucking" because they have ruined many a screenshooting break by hitting me with ideas.