I just made a new screenshot project. This time its an actual story, with words and stuff!

Intro: Angela is in the Arcane University Library researching a spell for the Arena District when she is approached by two librarians, who use her presence after hours as a pretext for seduction.

There is actually a part two, but I haven't finished "shooting" it yet. Unfortunately if I can't figure out how to load my old save, part two may never get finished.

This is the most ambitious project I've done yet, both in scenes and in dialog. I have a few more in the queue, but not this detailed. I'm actually trying to keep my ambition in check so that I can finish more projects sooner instead of keeping them queued up forever.

As always, most of the clothing pictured can be found in the DMRA conversion threads by Nephanee13 and / or Thorazine.

Here's how it all starts, click to view the whole gallery: 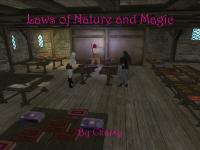 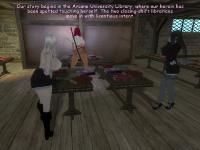 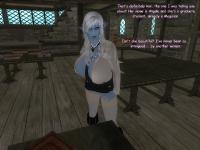 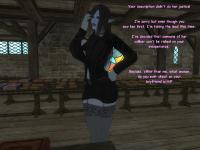 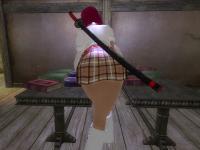 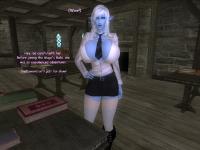 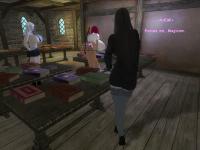 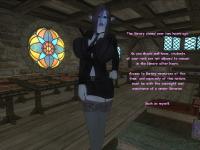