This posting is going to cover several things so I will categorize them for those who are not really interested in hearing random stuff they may not be interested in.

Companions (Mainly on the TS Blog)

To Quick view just press Ctrl+F and copy and paste any of these names in to get right to the area.

So finally Yesterday has been a great day. Yesterday I made a move that will impact the rest of my life. After many mentionings of my lovely wife I had one issue, though I knew and felt she would be my wife it was in fact not the case at the time. We have been together for over 8 years and a Loyal and Committed relationship (with eyes that are allowed to wonder

). We have been loyal for so long and for many years people would ask us, when you two going to get married? Well the last few weeks I have been busy and really we have. Yesterday we both decided to finally put an end to the question. We actually have been debating on this for quite sometime and then like 2 weeks ago we put in the paper work to get a license. Finally all in all was done we got ourselves a Marriage License. Because of all of this I really had little time to mod but I am enjoying the time with my lovely wife and I am proud to call her my wife.

As of late I have not really released much in light of Alpha works, but it does not mean it is done. Just I really am working on a better way to remember and Identify who likes/endorses/supports and provides constructive feedback to my work. I will be starting on a clean slate but my usual few that have been actively messaging me (in a sense reminding me) that I have them in good terms. I will be making an Excell file soon that I will update for the level of users and to manually track Endorsers and likers to give them the extra perks and Alpha's as well. As always I will be nice and let a few non usual's try out beta's.

When it comes to mods, well as it is known the Sui Cup body has undergone a new cut. With this comes the need to make new outfits. Now there is an issue. My older Conversions (And the big project) will be used for the less expressive weighting and maybe in the future will be updated to be the more bouncy weighing. See the issue when it comes to doing a whole new bone weight from a different body (the BTRA) is that when it is re-cut and re attached it will cause unsightly gaps from the two parts of the body. This is why I will be making my clothing with the intent to not be combined with the actual replacers (in the mean time) This also applies to 2 Piece clothing shown and released till today. I will not mind doing the conversions for it and fixing up if need be, but I only do this via request as I feel like my future works will be much much better. So please keep that in mind that for a little while you will deal with Gaps if using prior to today releases (and the Seductive Frill set) It is also because of Time Constraints, I am working on a couple of HUGE projects and small but time consuming changes are not going to be done unless it is requested, in which I will be able to tell that my fans want it changed. Just like the with Valentine Set. There can be several fixes there but no one has requested it, so I did not jump into it. Of course some changes will be made in time automatically, but requests to do so will certainly expedite it. The same rule goes for the Body Types, my older mods will not be availible in A-Cup unless it is requested and same for TS and Female variants. The old mods will only be supplied in the other variants if requested. New mods will include all body types

Indeed something several have requested though not so much in regards to my female forms. I will be very honest here, I will make female companions, but they will most likely be female dups of the transsexual ones. Being that the request I have received have been ALL for Transsexual companions to date.

Things have been so busy IRL last few weeks. I did not do as much modding as I can, and with School starting again I have been all but tied up. I still have a high desire to bring stuff that is unique to Oblivion and I will. As a Matter a fact I did a couple of outfits as of recent. I of course know this is a bikini but there will be many bikini's for a bit as it is to fit a theme of mod I am working on atm.

First here is the other Bikini that I made. 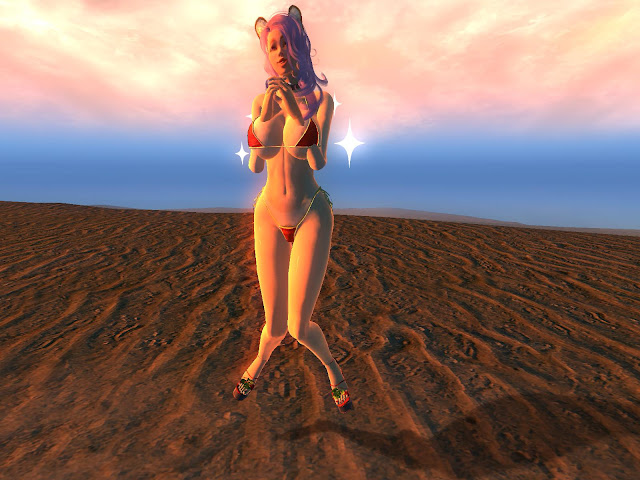 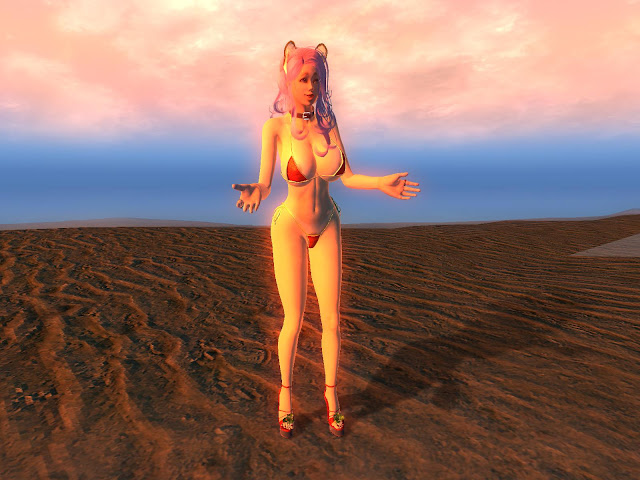 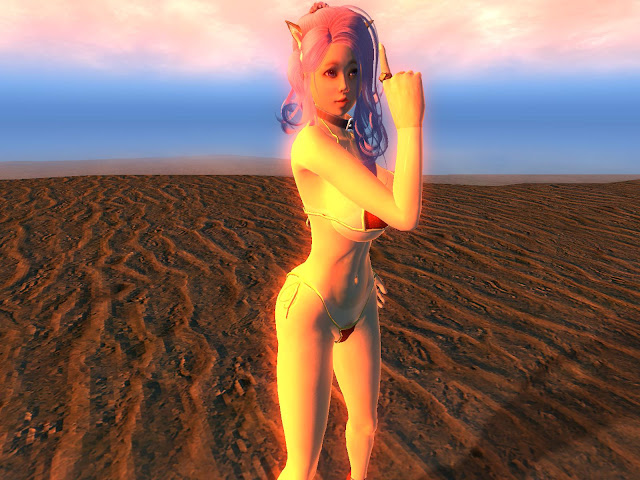 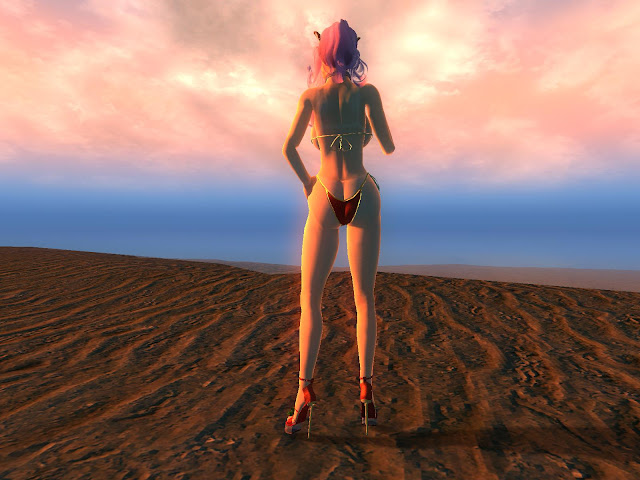 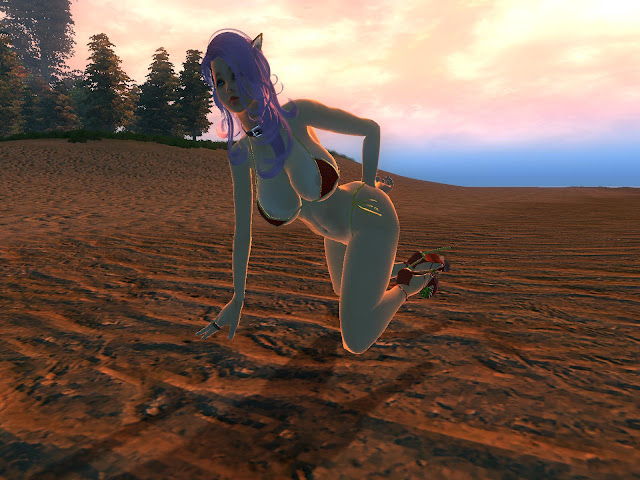 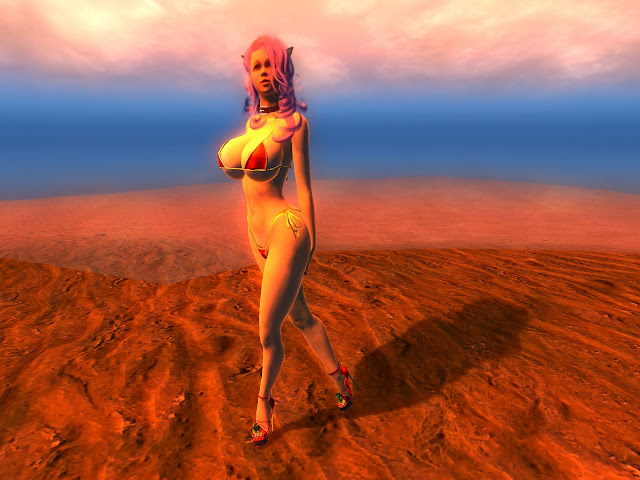 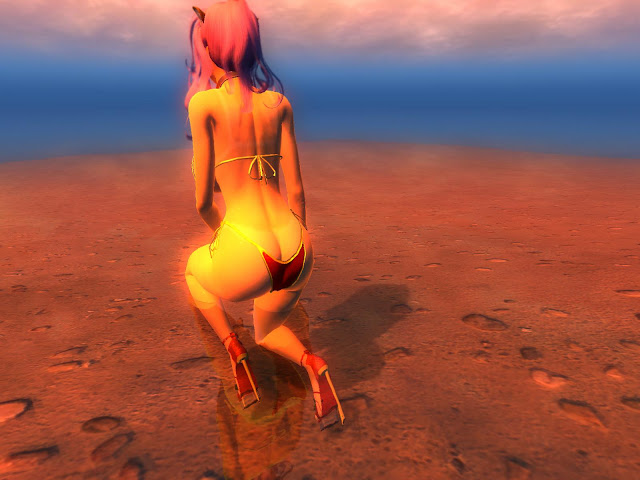 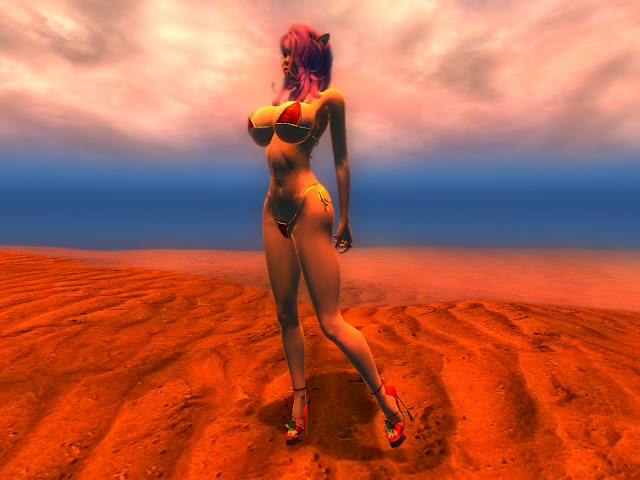 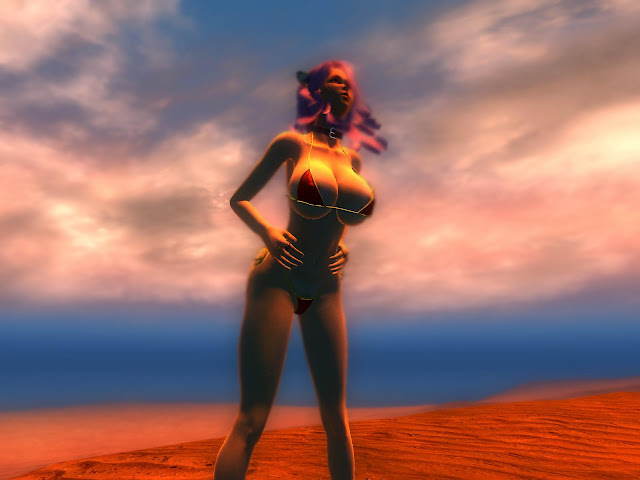 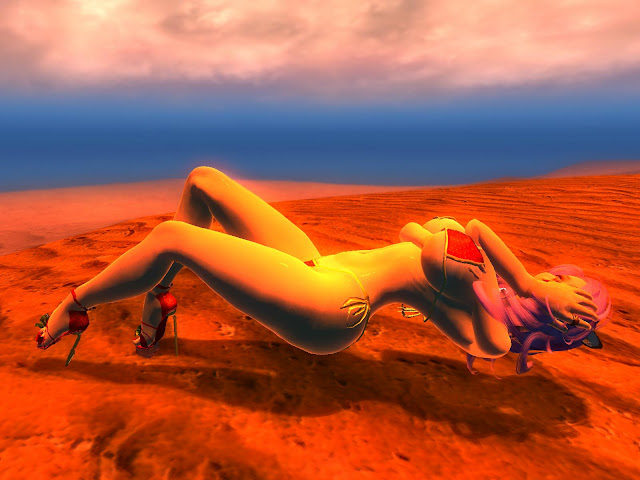 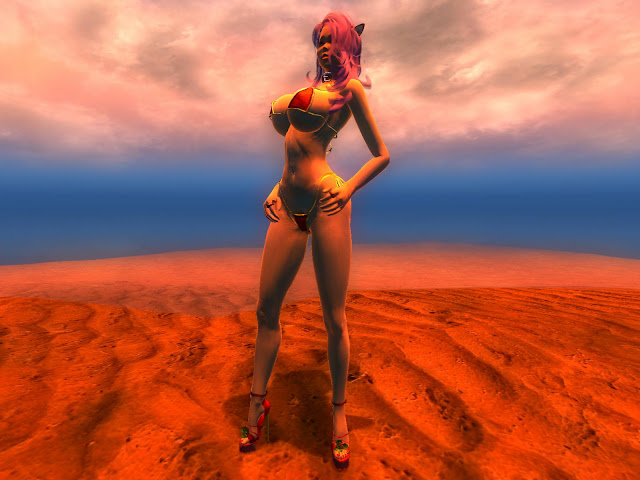 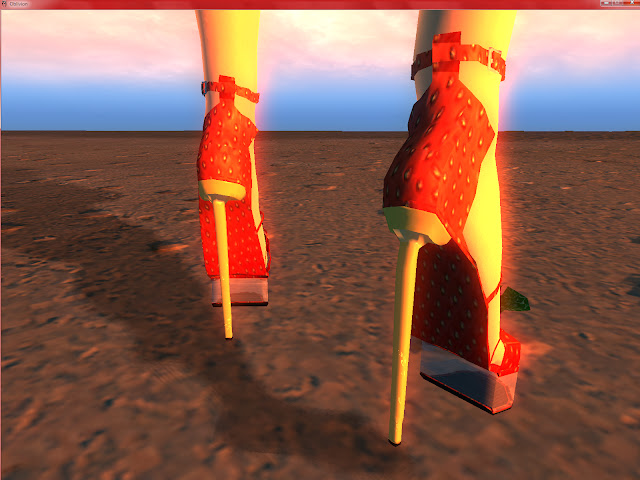 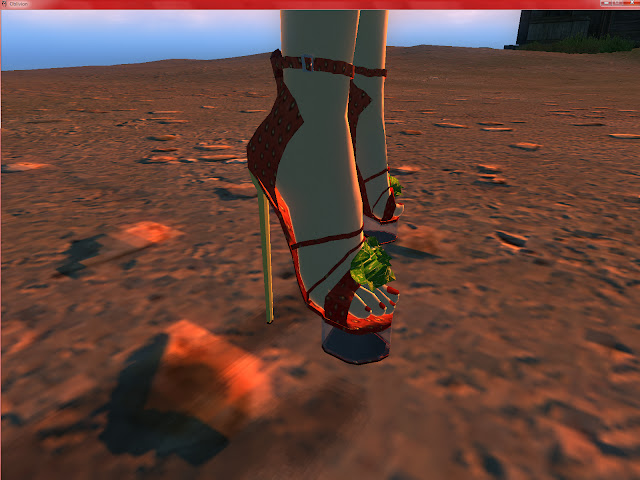 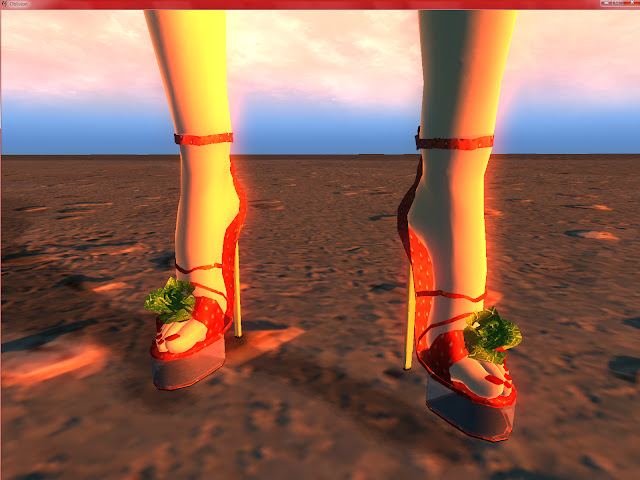 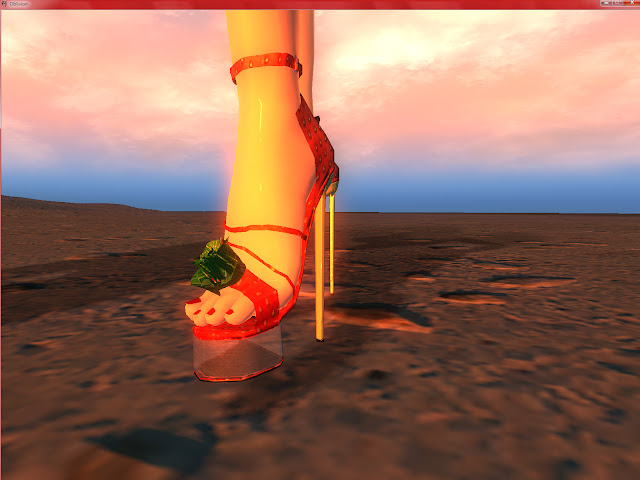 With this Outfit I made custom Bikini and Shows to go with the them. I actually used a new method on the Bikini and Shoes. The Bikini was made in several peices so I can have a more realistic Stringy touch to it. The shoes I spent much time fixing them up. Had a lot of issues, but I think they worked out well. Though they are not done. The actual shoes are thinner then usual and also was realsitic that with heels there is often a little toe hangover in the front (if they are open toed) I really put emphasis on not making the Shoe Bed look too big like on some of my older works. This one is also for Sui Cup BB++.