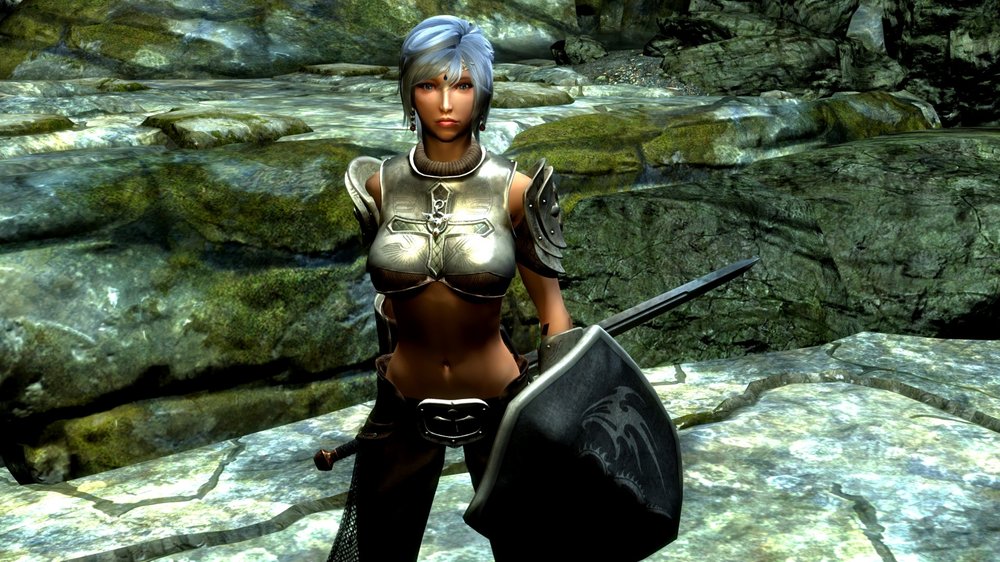 Thought I'd stop being lazy and finally do something about Mist's backstory, I even decided to add pictures to each part of it so you had something pretty to look at while I rambled (they're spoilered for my convenience, not yours.) There will also be breaks from the story for author comments (in brackets and in a different colour.) 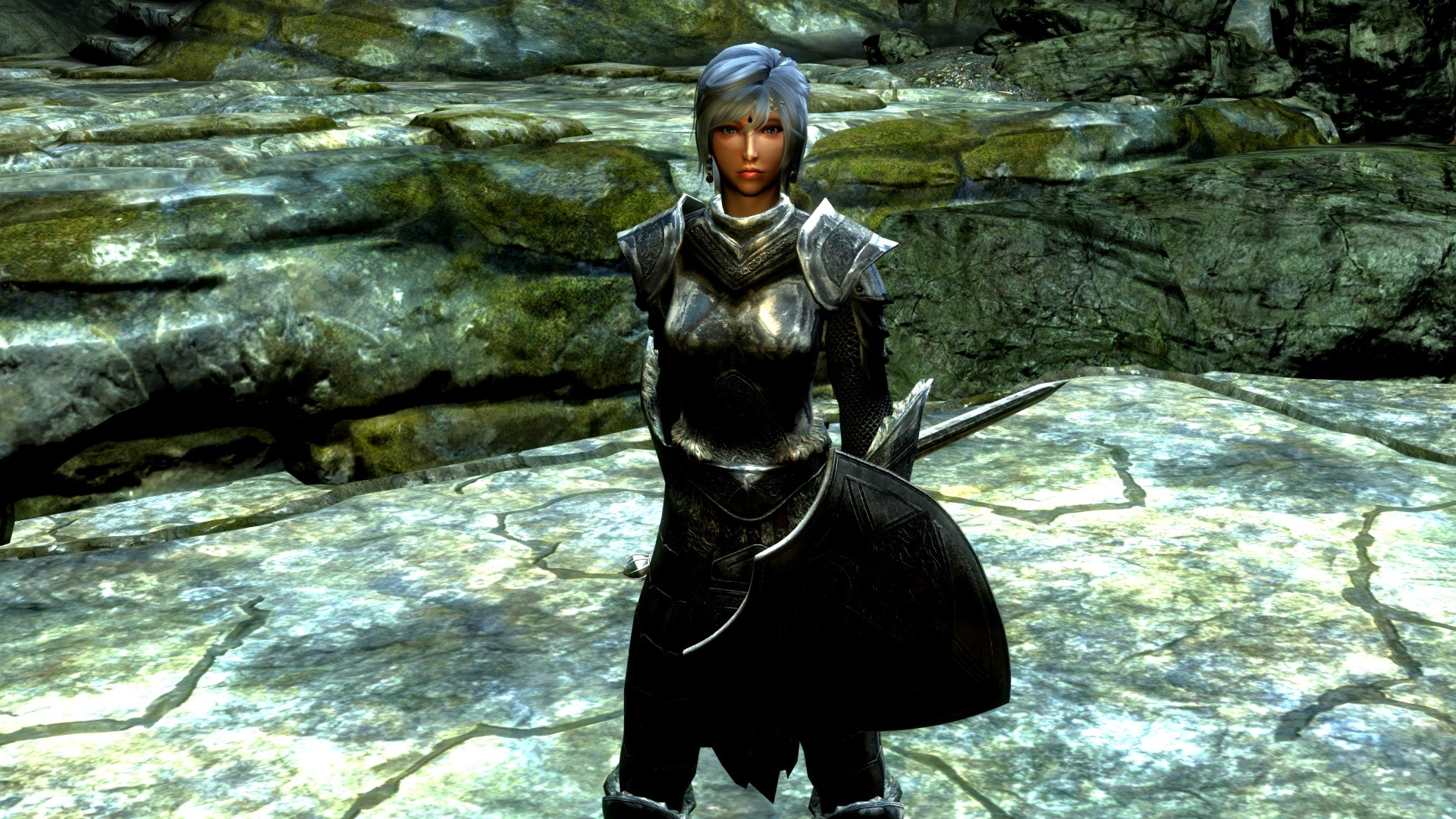 No one knows where Mist comes from, she just appeared after (supposedly) being left for dead after an attack by bandits, however she has no knowledge of this event or her past (Yes I'm going the amnesia route for her, you can all suck it if you don't like it she's my character and its my story) or even what she is for that matter as the only response she gives when asked is that she is a Valkyrie (despite there not being any Valkyries in Nirn's universe) this didn't affect the chances of her getting any work however as she had obvious skill with a sword and shield as well as looking more comfortable in the heavy armour she preferred wearing than in anything else. During one job she found out about a dragon attack on Helgen and after investigating (And taking it to the Jarl of Whiterun) she found out she was dragonborn (or at least had the powers of a dragonborn, she is a Valkyrie supposedly) this led to her chasing down and killing Alduin, however things weren't as they seemed after she learned the dragonrend shout. 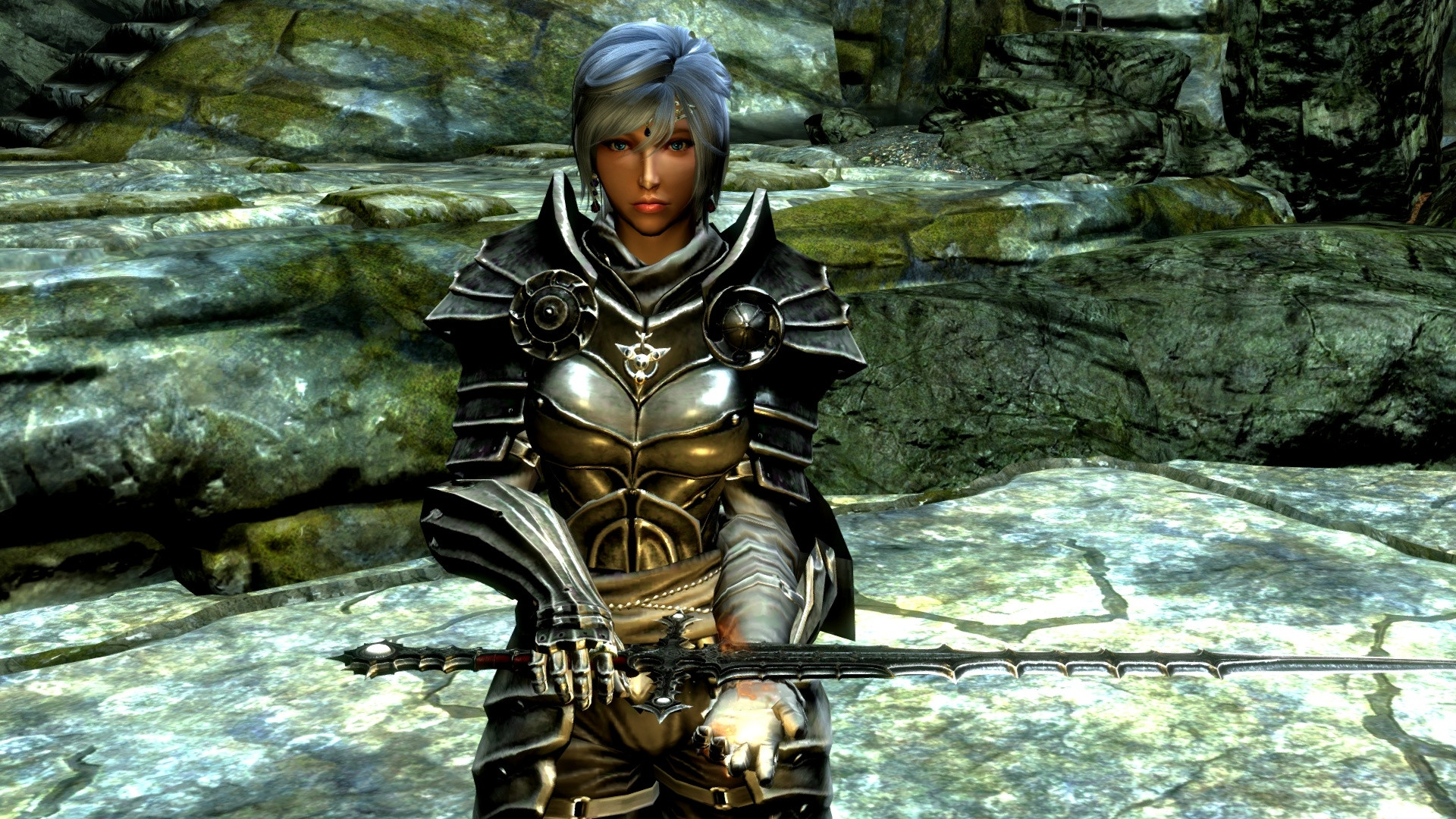 Learning Dragonrend unlocked something dark within Mist, she managed to keep it in check during her time dealing with Alduin but it was unleashed when finally killed him and returned to Skyrim from Sovngarde, this resulted in her abandoning her shield in favor of dual swords or a sword in one hand and powerful destruction magic in the other (skills she has retained) and adopting a ruthless nature causing all who stood in her way to be cut down, it was during this dark period she joined the dark brotherhood but she felt that being a petty assassin was beneath her and abandoned them (they ended up being killed by the penitus oculatus as a result) leaving her wandering around until she finally met Storm. Storm was the one challenge that mist couldn't overcome, she at first tried using magic and shouts to defeat Storm only for them to be rendered useless by the battlemage's powerful wards she then attempted to best her in hand to hand combat only for Storm's superior combined swordsmanship and magic to render all of Mist's tactics and attacks useless. Storm had managed to defeat Mist in combat but rather than kill the corrupted Valkyrie (or whatever the hell Mist is) she decided to spare her life and purify her of the corruption (Mist still retained all her skills from he corrupted state however making her even more powerful) at the cost of the (so called) Valkyrie abilities Mist had used during her fight with Alduin (although Mist did keep her "Dark Valkyrie" armour, because it looks awesome as a reminder of her inner darkness.) 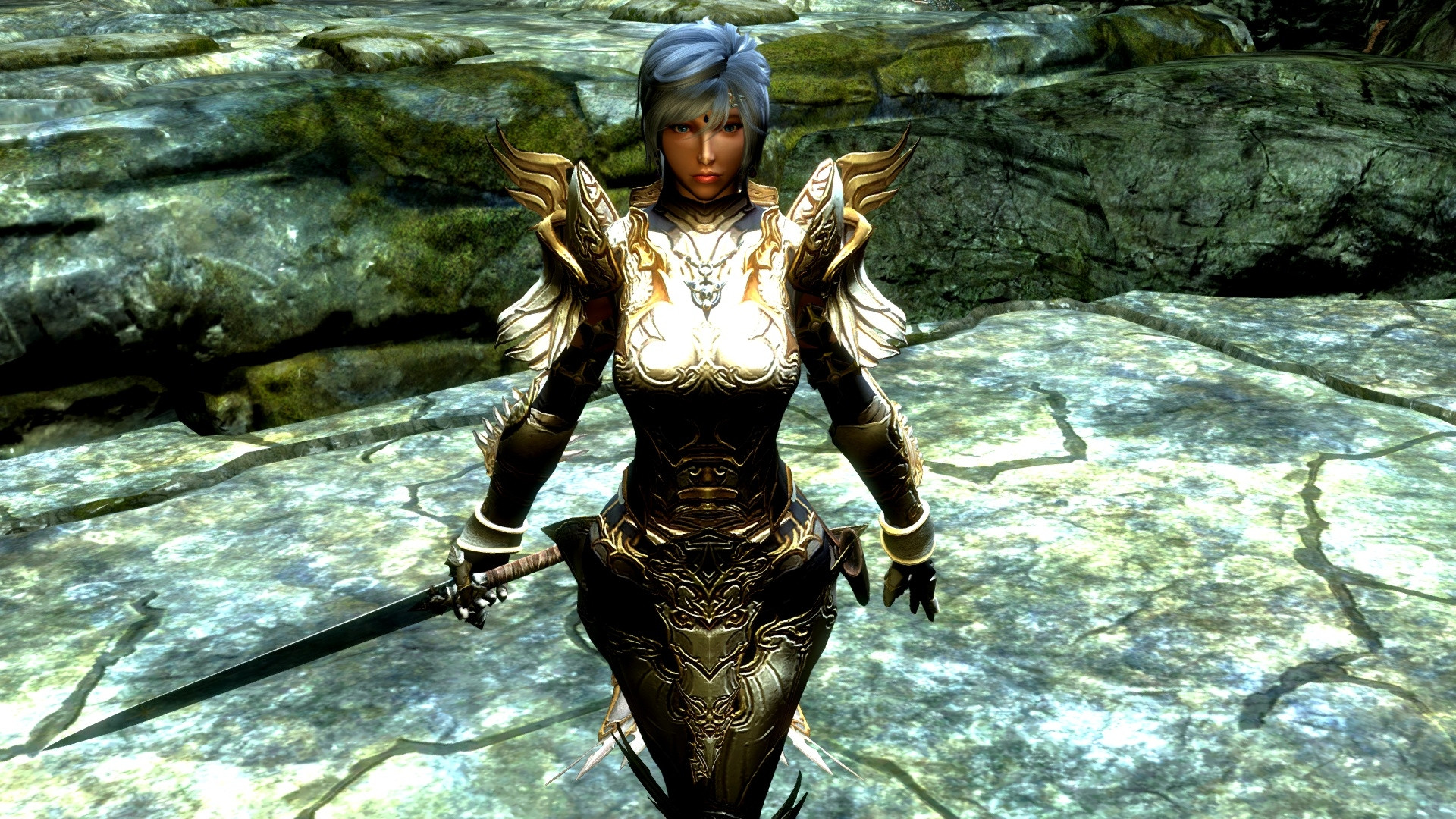 After her fight with Storm and subsequent purification (See Storm's backstory as to how she got into Mist's universe) Mist wondered aimlessly repairing the damage she had done under the effects of her darkness (thankfully no one had seen her face while she did the things she did, only her swords) and joined the companions as a result (the cover image that I uploaded as the entry image is what Mist would have looked like during her time as a companion) which added to her fame, it was during this time she was attacked by a pair of cultists serving Miraak which prompted her to go to Solstheim and find out what was happening and during the events that occurred there (basically the events of the Dragonborn DLC, I don't need to explain that) Mist managed to not only defeat Miraak in her massively depowered state (non of her "Valkyrie" powers, most of her spells and shouts where also at half power) but undo the damage she had done to herself in the aftermath of Alduin's defeat, regaining all of her power as well as two new suits of new armour.

So yeah that's Mist's story, the armour that aren't depicted (that Mist has used frequently) are the Schwertleite armour and the Trilek armour. The former is because it's one of the two sets she gets after the events of Dragonborn (although the armour she's wearing in the image for that section is the other, I couldn't be bothered taking another shot) and the Trilek armour is a set I decided to remove from Mist and give to Storm, so she technically doesn't have that set.