As the first entry on this blog, I need to explain the current state of the mod.  I have fully mapped out all of the new areas and touched up the original content.   This house has a Mage's Guild origin, due to the origins coming from an alternate universe.  I had some media in the third release which explained bits and pieces, but did not give the end user/gamer a proper grounding in what this other universe is like, and what the general beliefs or developments have happened in this other universe.  In order to do this, I decided to add another area that functions as an additional player home in addition to the story purpose for the location.  Another reason for adding player home functionality to this other section is to allow users weirded out by having souls within the master bedroom of the main house to own a section where the player or your family can enjoy the home.  I also dig deeper into some of the plot points from the quests in the main home.

I have done several things to improve upon the original house:

I need to provide the gamer with a feeling that this home has a rich story behind it, and integrating visuals from the Mage's Guild augments the story told in the various journals or books found within the Manor.  It will help generate mystery on the origins of the home, given that throughout Skyrim we learn that the Mage's Guild does not exist anymore since the war with the Aldmeri Dominion.  Here are a few of the screenshots showing off this content: 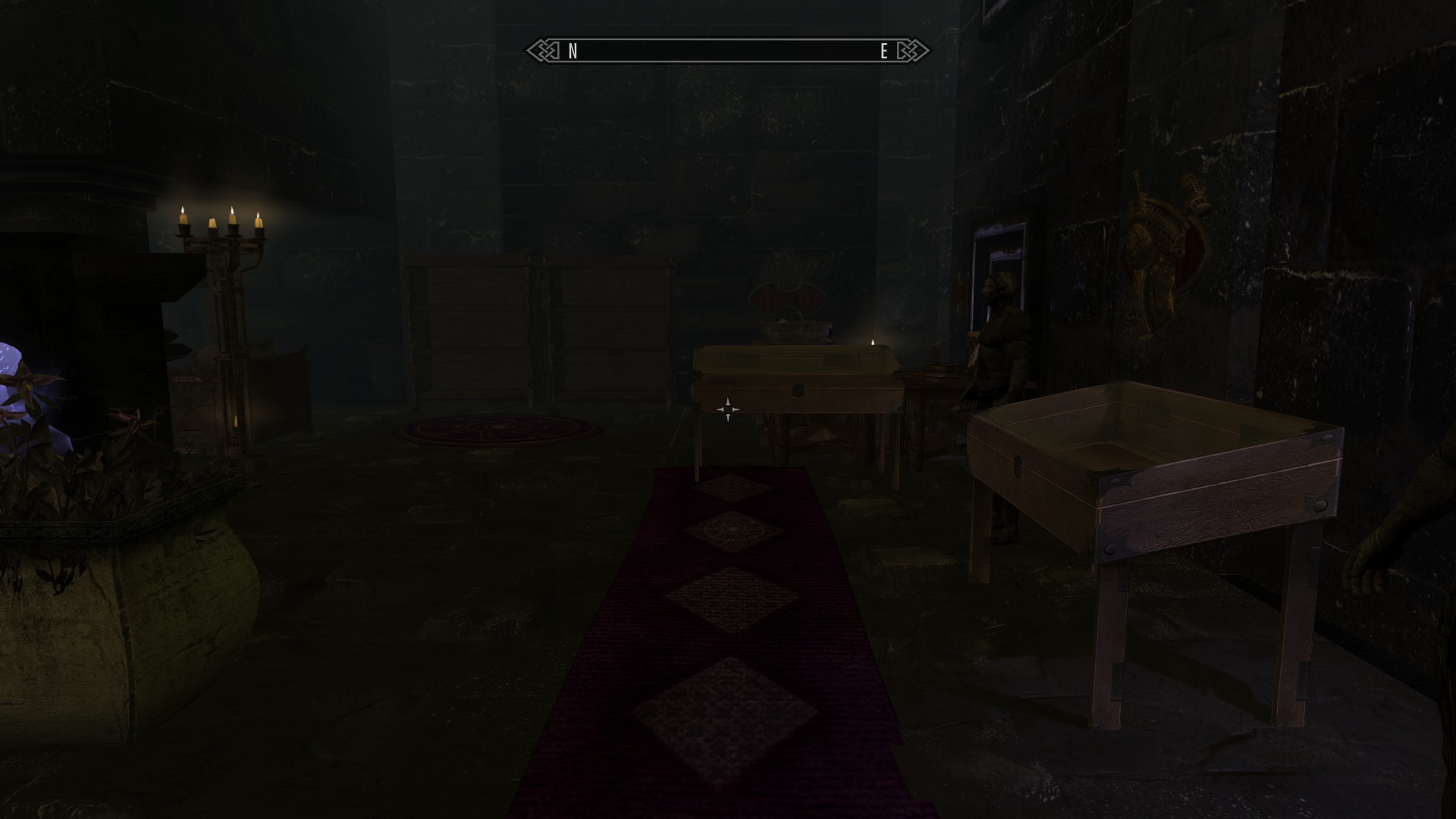 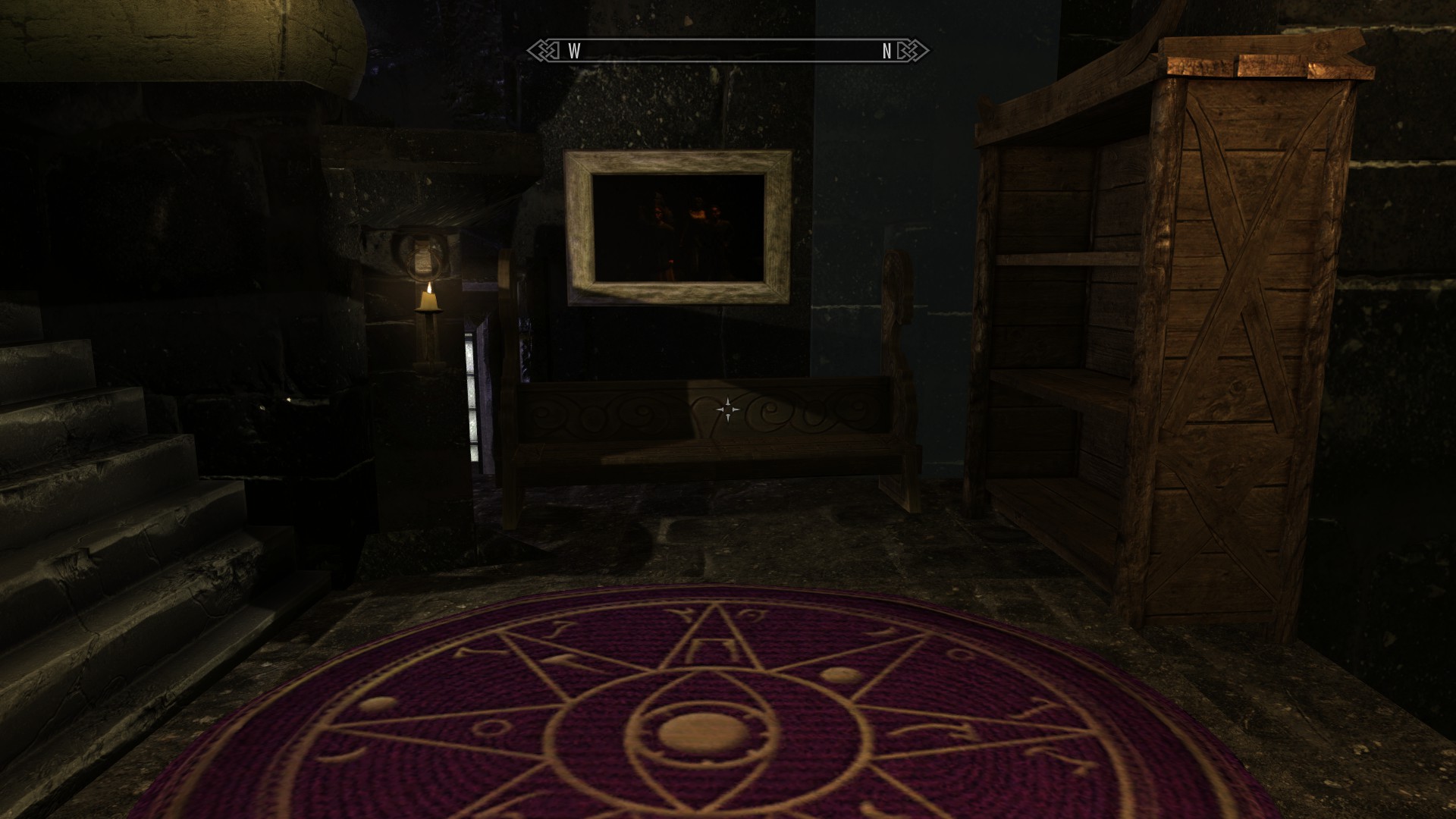 Another goal was to push myself on what I could do with a player home, so I decided that allowing for other placable items throughout the house might enrich the gamer's experience.  Each of these containers come from either unused existing Bethesda object containers, or reverese-engineered Bethesda logic to create a customer object container.  I have used this feature in the new research areas, but I started experimenting with the main home and came up with these items: 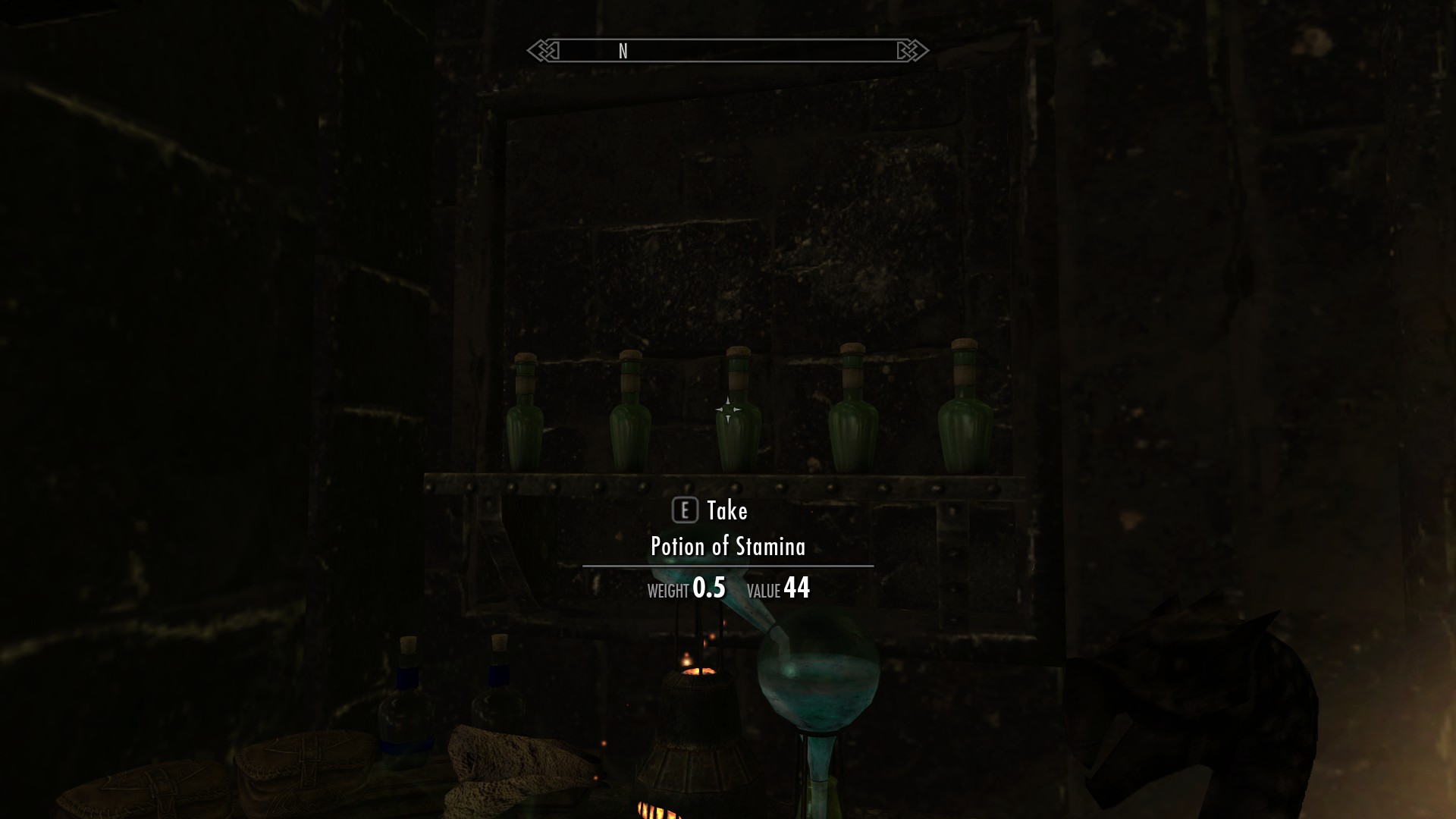 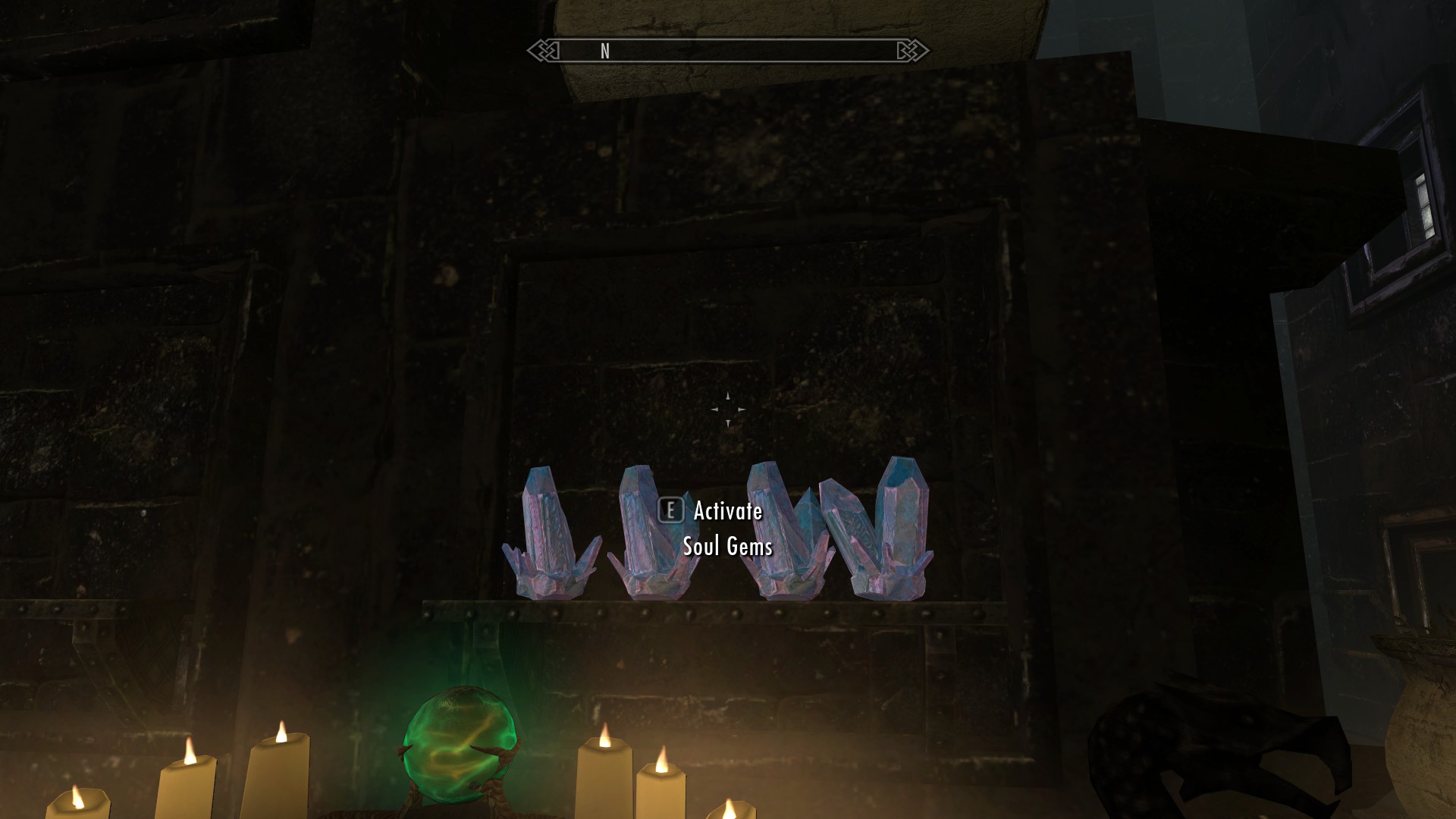 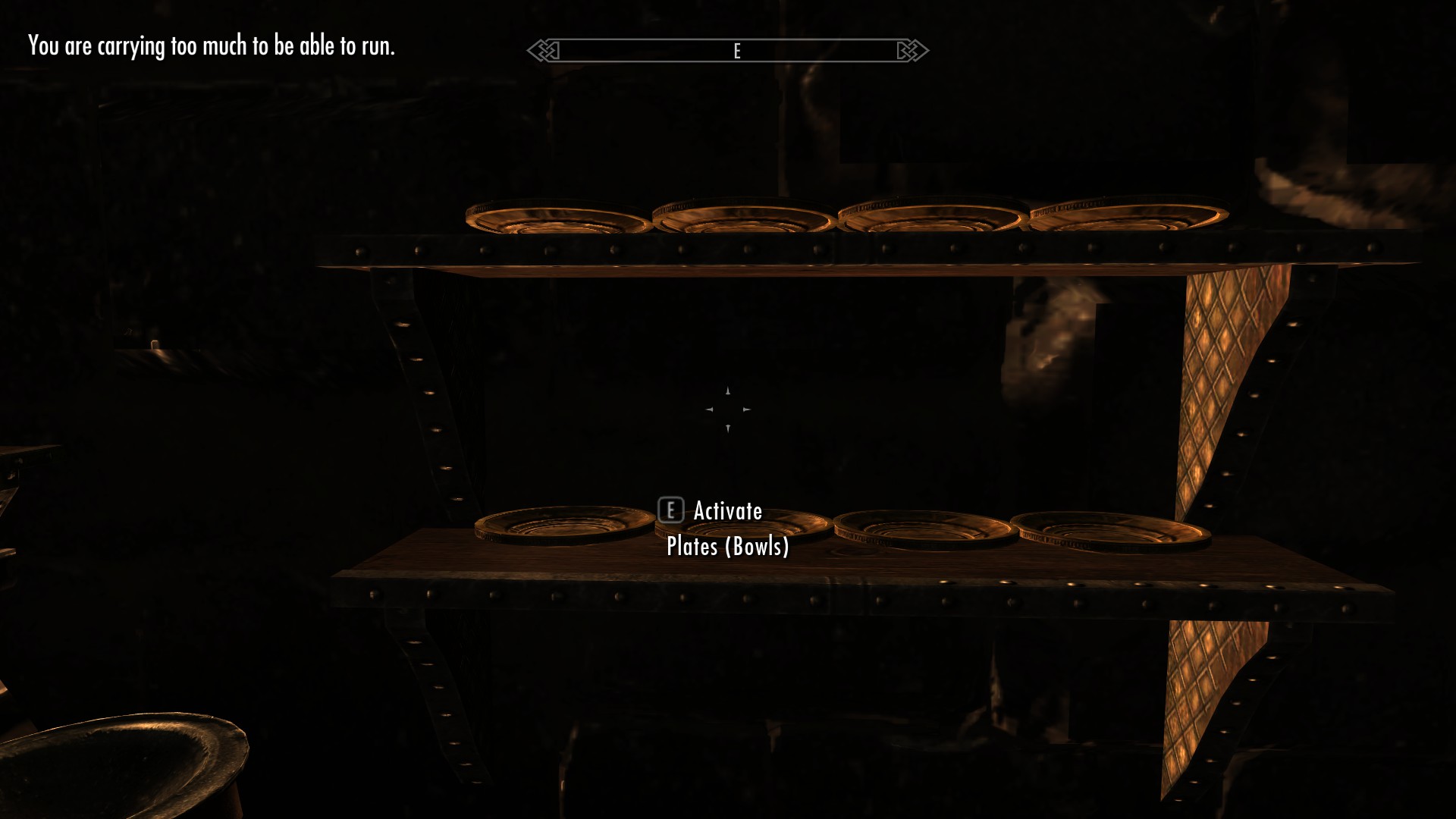 I needed to address the balcony area, as the original version was void of anything homely or anything that would explain any presence on the roof.   I also wanted to provide an explanation for the existence of occupants within the house that would make sense for the player.  Soul Gem-esque construct barriers are placed on the roof in the various corners in order to achieve this: 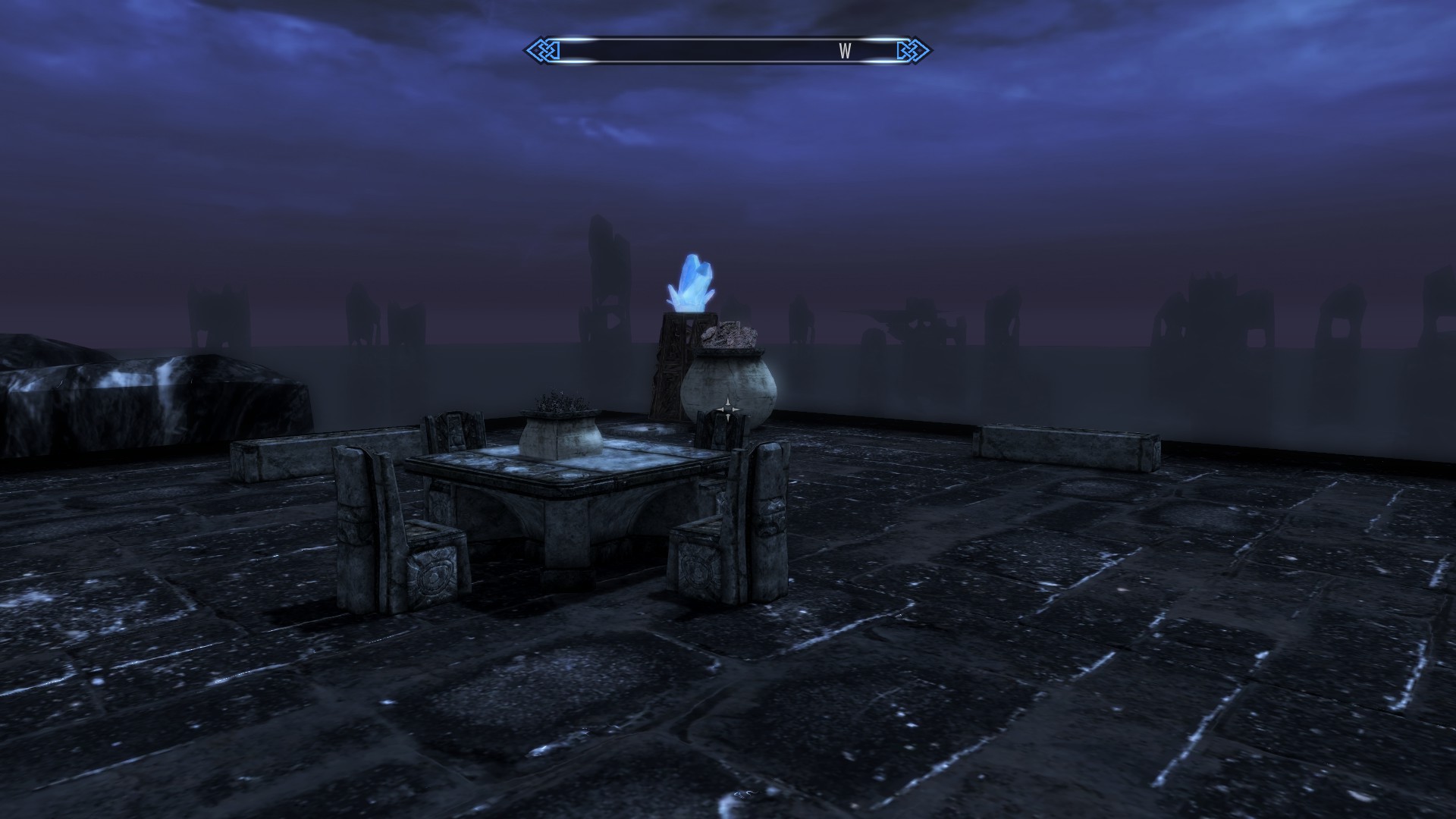 The final item I am integrating is various areas where you can construct Dwemer constructs to guard the research facility and guard areas of the home.   To give a surprise ending for the quest to create guardians, I wanted to integrate a Dwemer Centurion Sphere that becomes sentient upon activation and is quite confused as a result.  I thought it would be interesting to have a companion created where you can have some unique interactions within the Pneuma Manor narrative with this companion, where it is learning what it means to be alive.  I haven't developed too much on this feature, so I am unsure if it will survive the initial overhaul.

I reveal the purpose of Pneuma Manor when the player stumbles upon an interesting hidden passage within the original house.  They will encounter a new character, Didoneric Guerd, a living caretaker for the research facility.  It is divided into a farming area, living quarters for the caretaker, a locked off section containing vital facility functions, an office of sorts for Didoneric, and the main research area.  The main area is divided into the entry floor, the research basement, and a library/living quarters region.  Here are a few choice images of these areas: 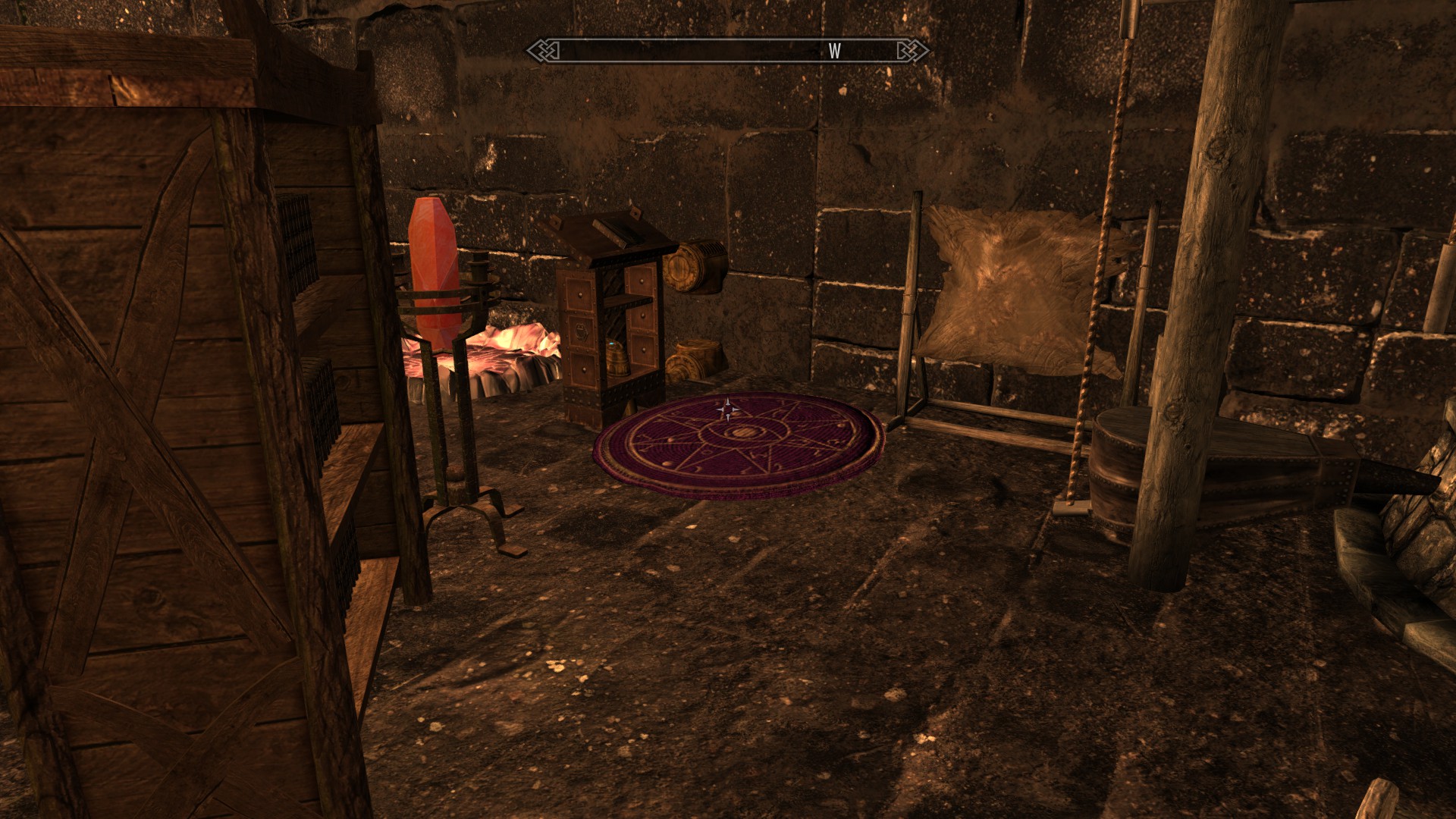 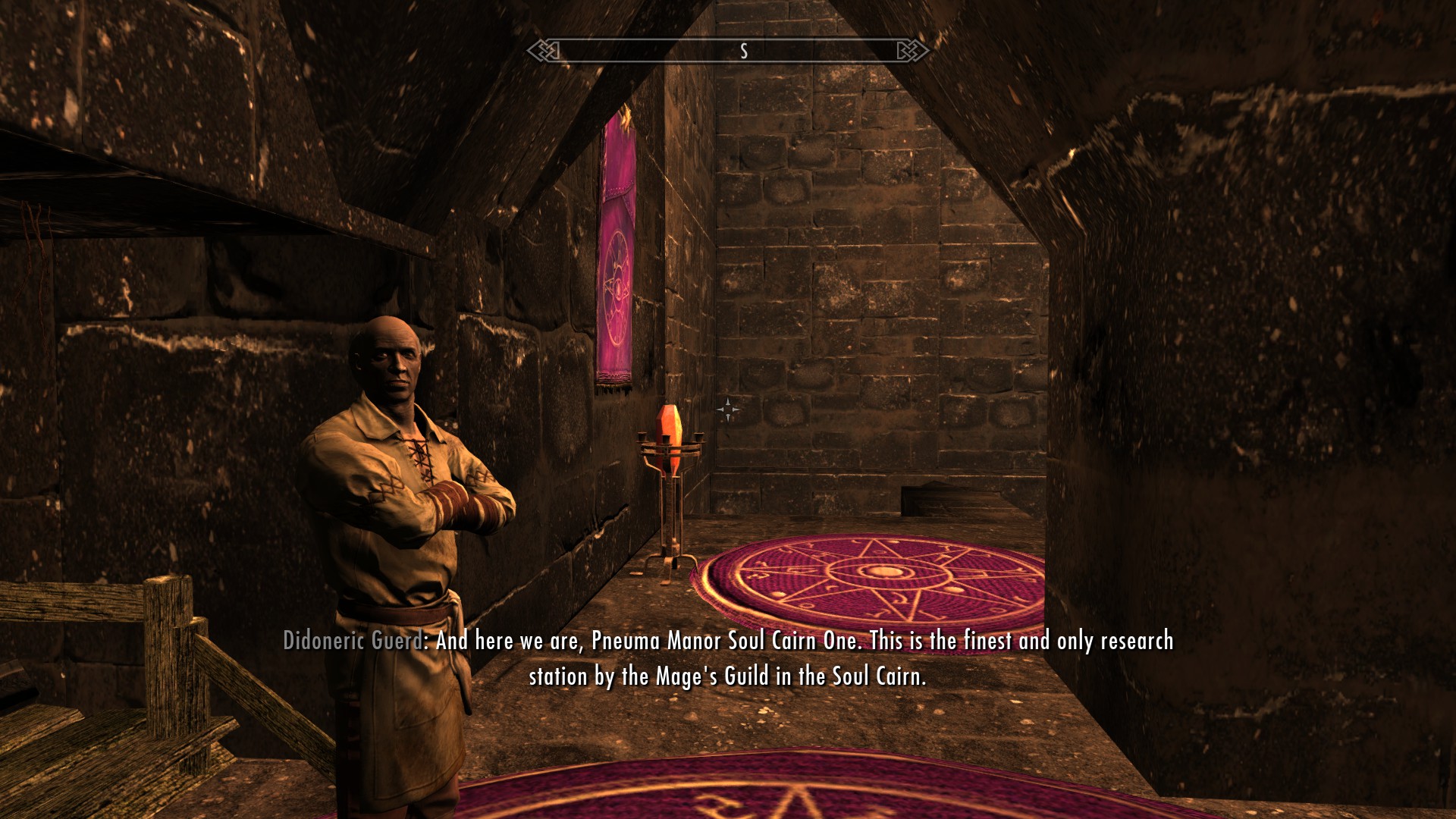 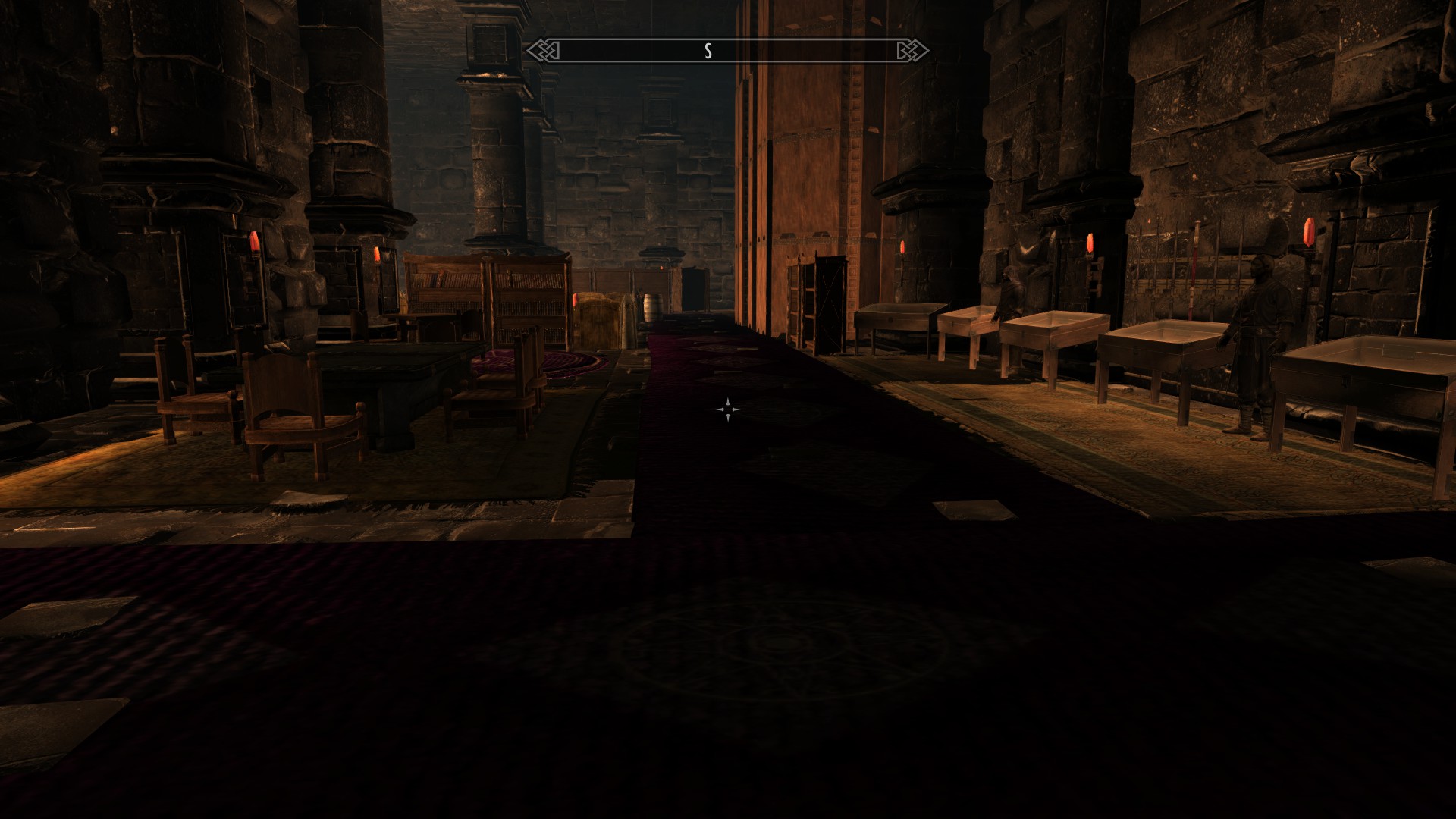 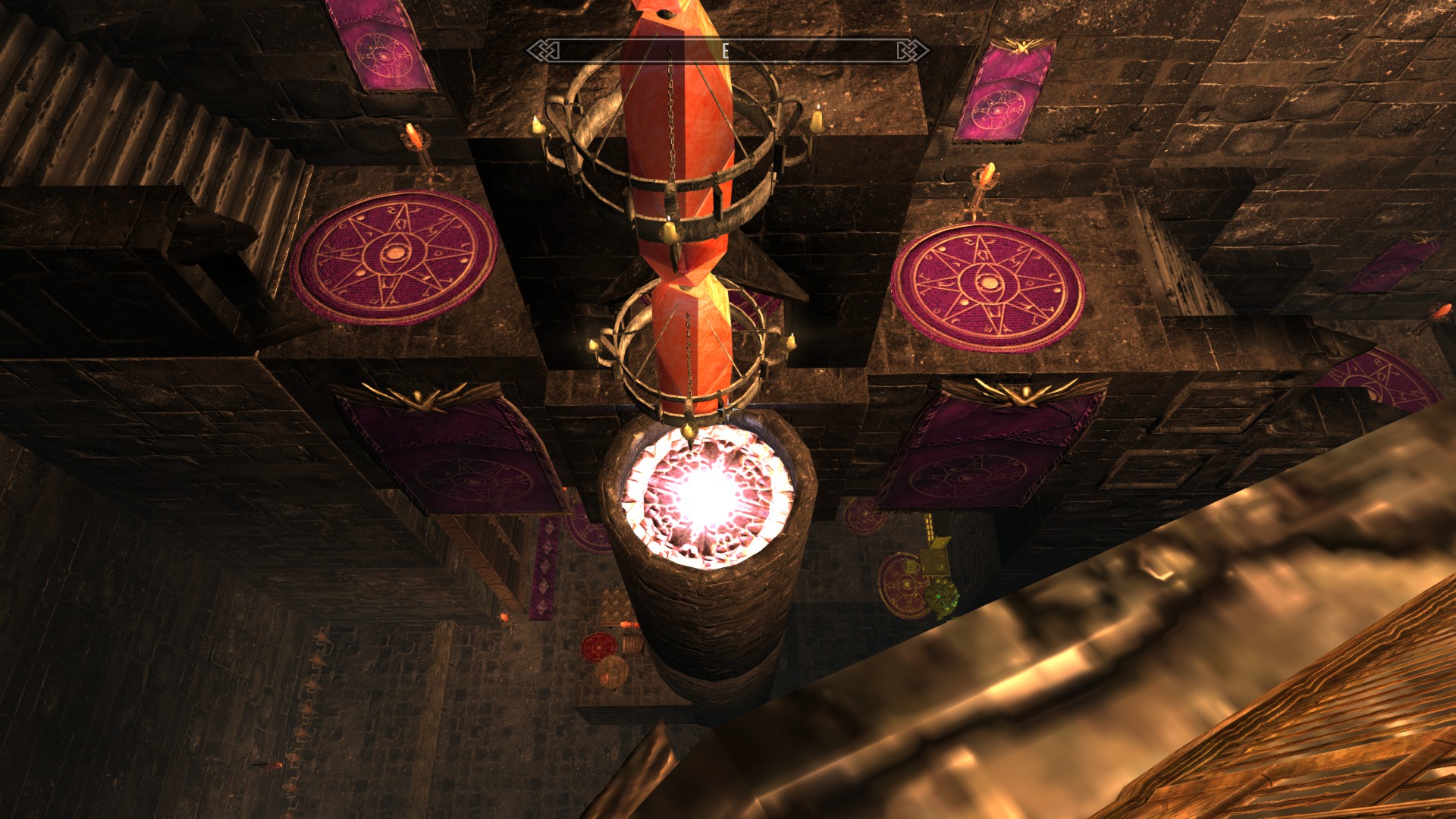 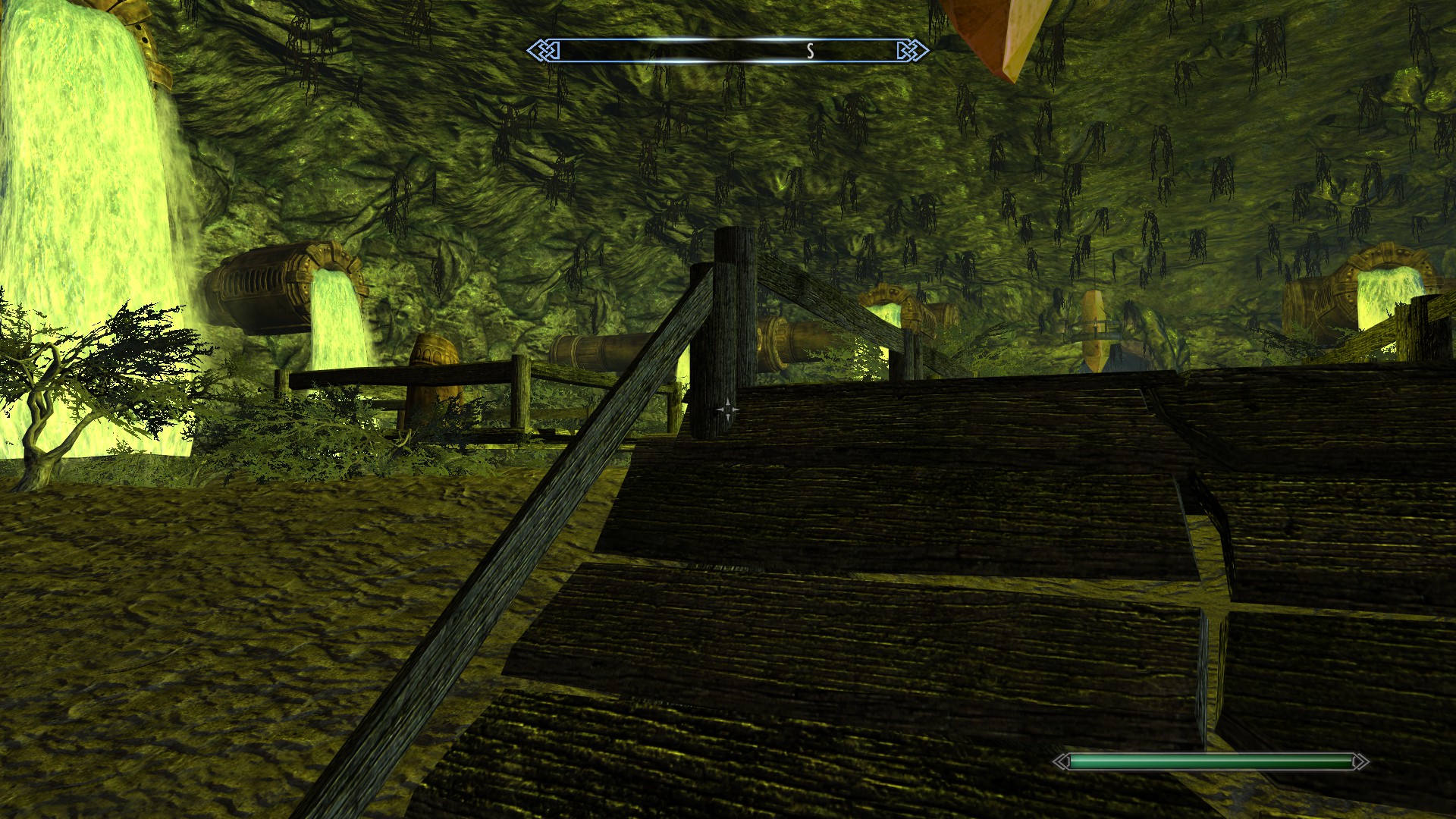 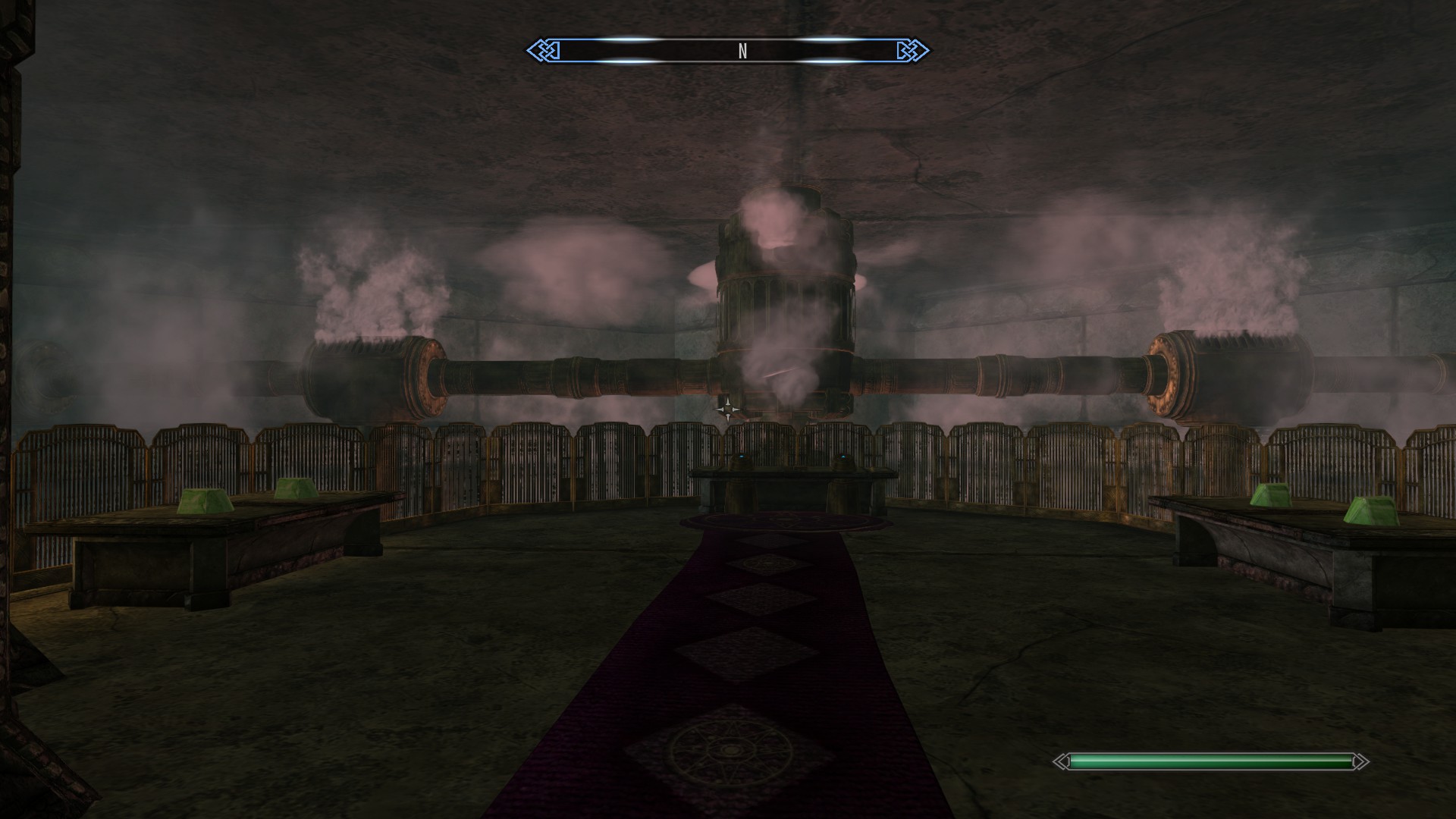 The player will go through a guided tour, and will be left to explore the research area at the end.   There is a lot of ground to cover, and it is easy to overlook items as they proceed through the main quest content of the research area.  Quest Markers were not really prevalent in the original release, and it will be about the same in the new content, requiring player exploration and reasoning over the information presented to them.

One of the features of this new section will become immediately apparent, usable light switches tied into a power mechanic.  Some of the displayable item features are carried over into this new area.  Here is one that I believe is cool, as I haven't really seen this from other mods: 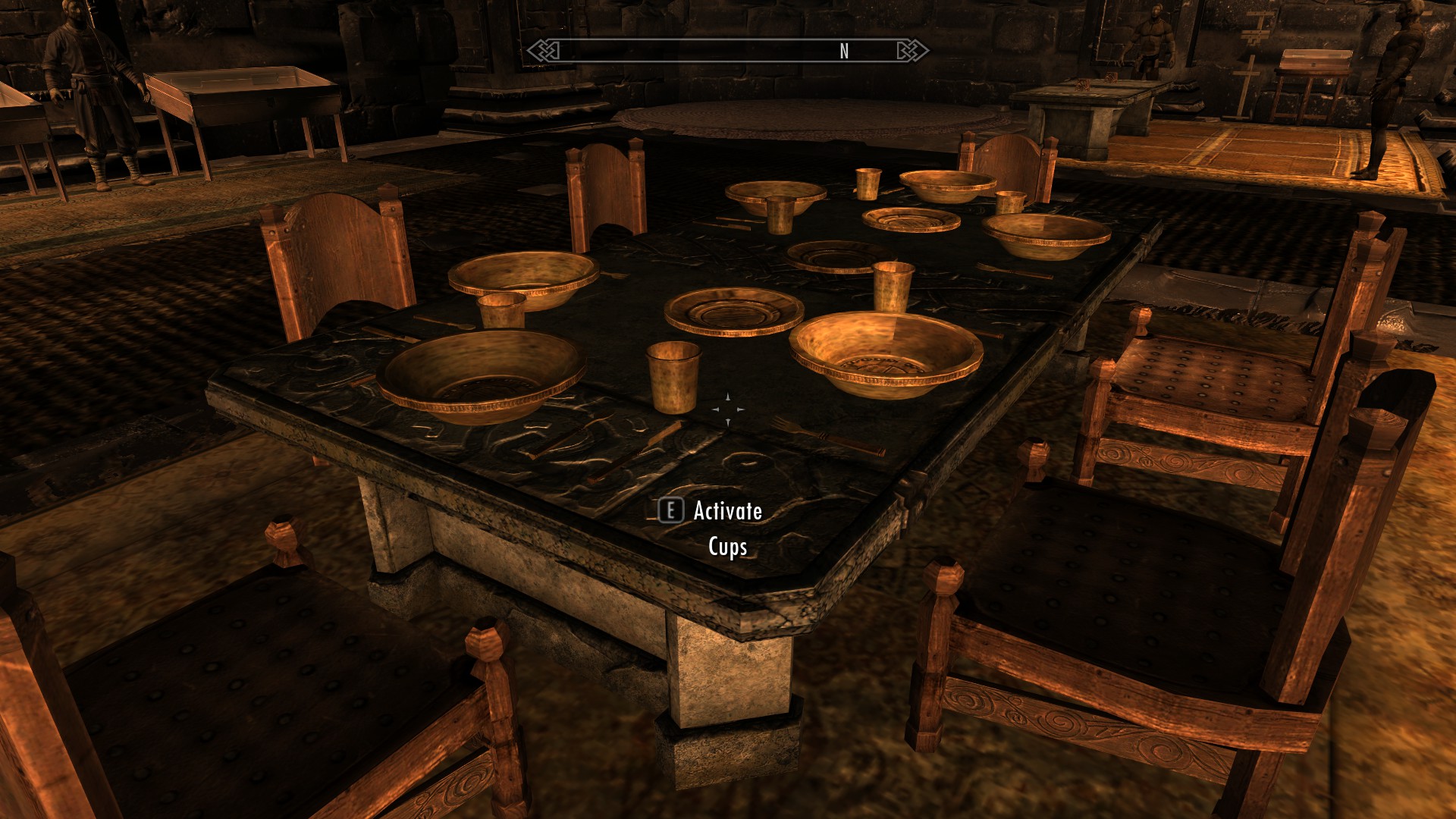 The research section of the home will have a few spells hidden amongst the materials, and will have a new feature for the would-be enchanter: 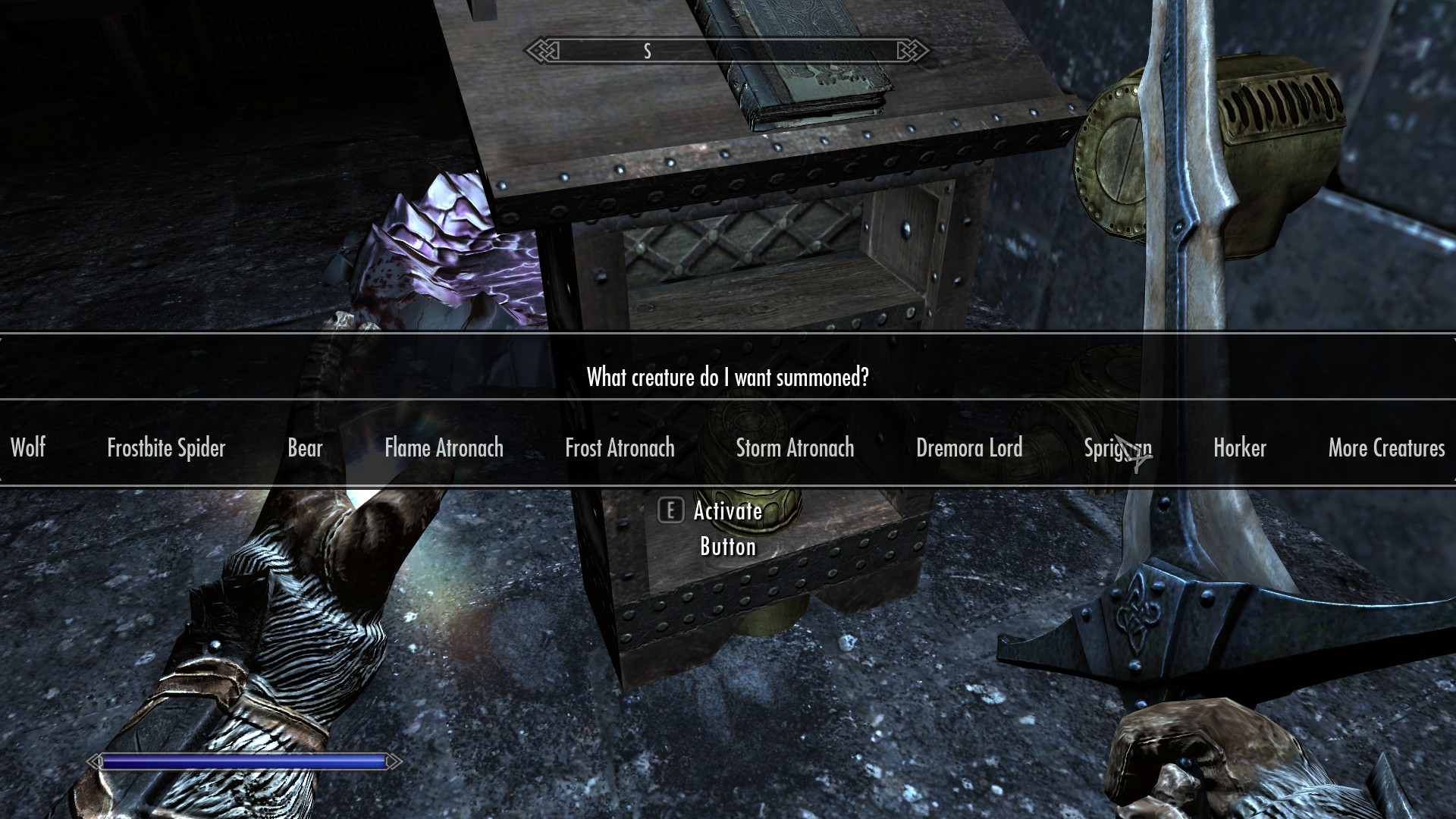 In the farm area, it will have various fauna and flora that will yield ingredients, animal parts, or food on occasion as Didoneric goes about his normal routines.  You will also find Soul Husks in the flora bundles on occasion.  The unique feature is supporting the growth of any input ingredient into a yield, with a written text on how to use the system with required irrigation of the potential yield.

There are other mechanics in place, but for the sake of the story, I will not divulge the content.  Some of this content will seem half-realized, as development reality kicks in for the features due to Creation Kit limitations.  I might have been able to flesh them out if I delved into the Scripting Extender, but I want to keep the scripting to vanilla Bethesda scripting objects to allow for a wider audience coupled with transitioning to Special Edition for Xbox One and PC users.

The challenge is to expand on the alternate universe hinted in the previous release by the previous owner's wife in a text found within the last original quest.  It makes sense to add another text from the previous owner's perspective on realizing the truth of the player's realm.  I proceeded to write in books about alternate events within the Cyrodil Empire, alternate fates for the Falmer and Dwemer, rejection of the Nine Divines in favor of Daedric Deities, and the utopian atmosphere of their current era.   There is a time difference, as well as a technological difference between Vanilla Skyrim's Fourth Era, and the Alternate Universe's Era.  I am also placing content to show struggles within their universe and gave an alternate version of the Skyrim Civil War.  The books will also touch on some serious topics that might hit close to reality, but I feel expressing the ideas through the alternate universe is important and necessary.  I also expand on the dark past, as well as dark figures surrounding the previous owner.

-Integrate Portal Mechanics Between Research Area and Outside Areas

Thanks for reading this if you have, and I will post additional updates as I progress in development.