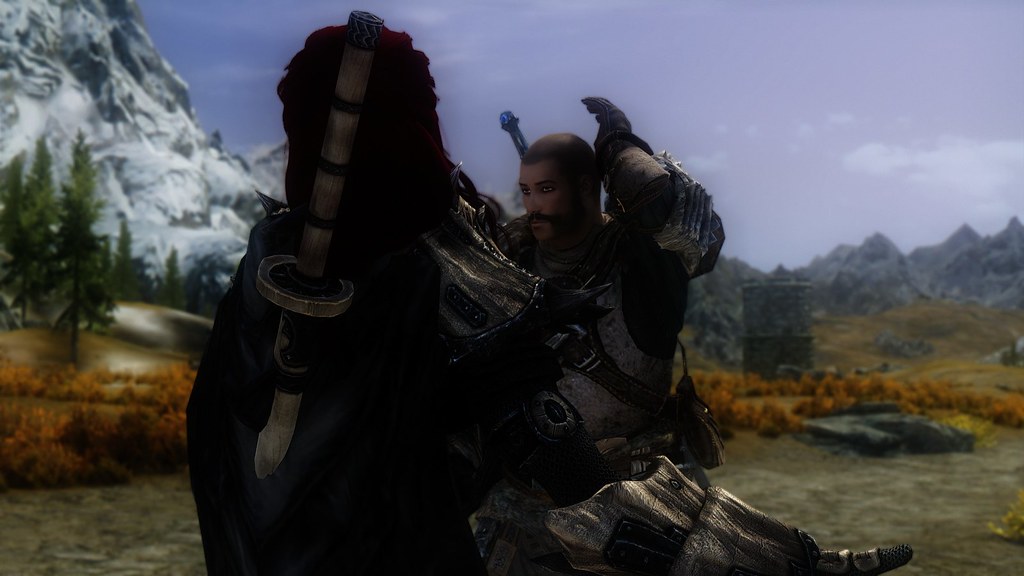 After her promotion to the Second General of the Imperial Legion, Leandra walked through the streets near Whiterun with her Housecarl of the Pale, Gregor, when he stopped her to talk.
Gregor: Eer, so Leandra do you want to have a date with me?
He asked so fast that Leandra nearly wasn’t able to understand it. As she got the meaning of this words she began to smile.
Leandra: Finally you’re asking! Of course I want!
She said to him and hugged him. 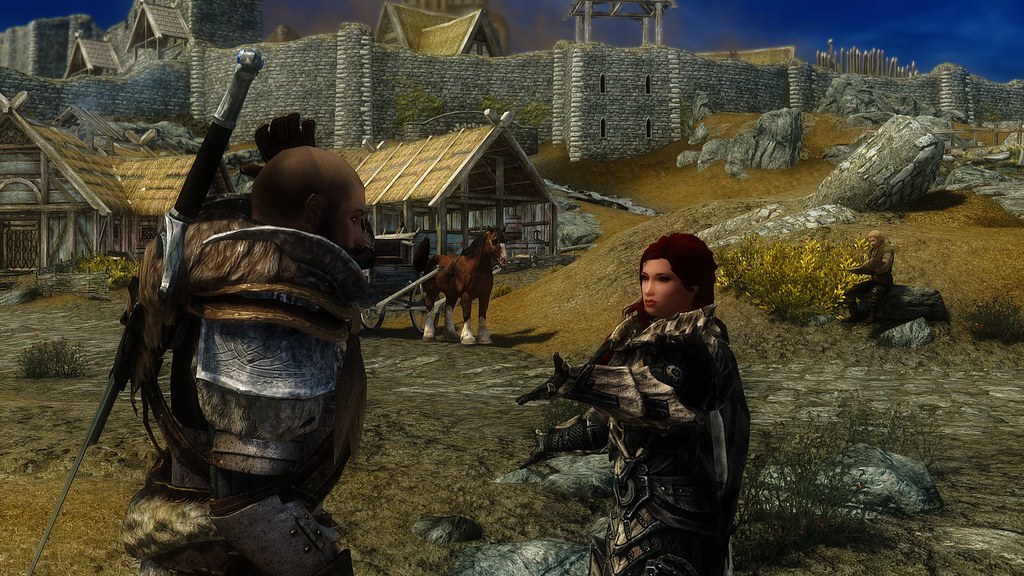 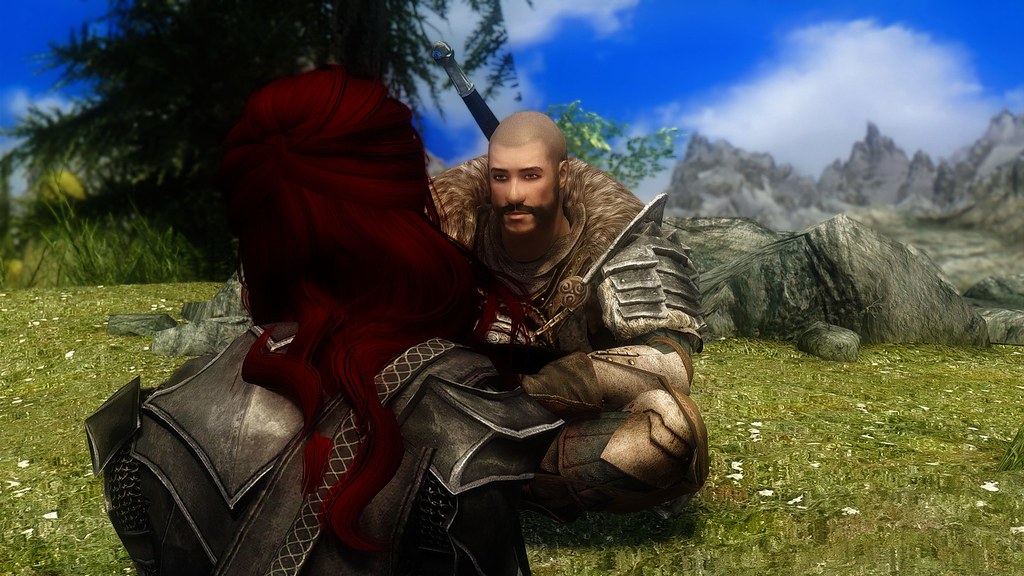 They took a short walk until Gregor told the vampire that they were at the place he wanted to go to. It was on an island in Lake Ilianta with a few trees and an already built tent.
Leandra: So why don’t you tell me something of yourself?
She asked him and sat down, wearing her casual clothing which protected her a just a little bit.
Gregor: Well I was born in the Pale as the son of a mercenary and a townswoman he seduced. I’ve never met him, but when I was 16 years old my mother gave me his sword and told me he gave it to her and he instructed her to give it to me when I would be old enough. Then I trained to be a mercenary but the Jarl decided that I should be a Housecarl for the next worthy thane and I wouldn’t have dreamed that this could be the famous Dragonborn, or such a beautiful and kind woman like you are. Why don’t you tell me something of you? 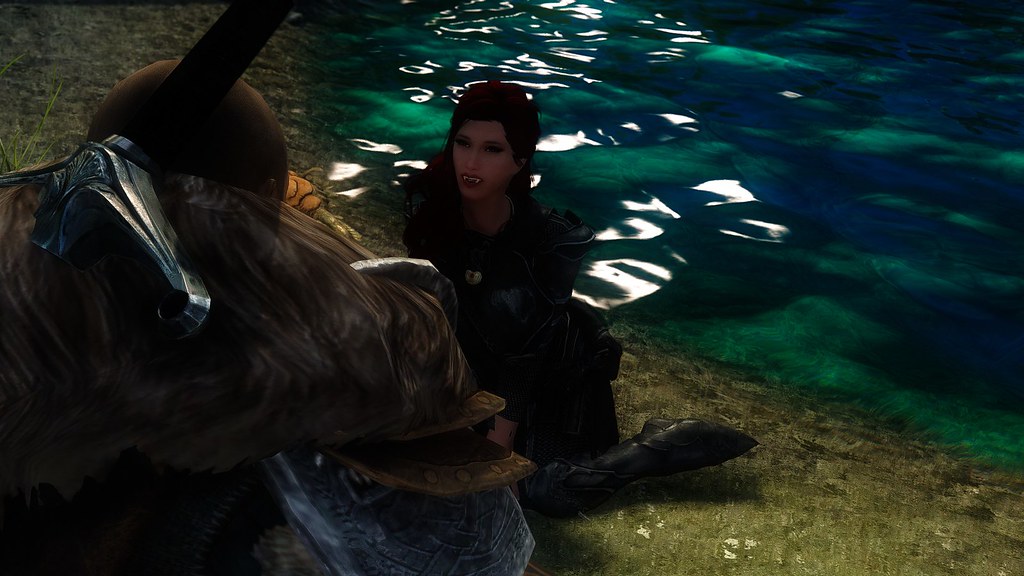 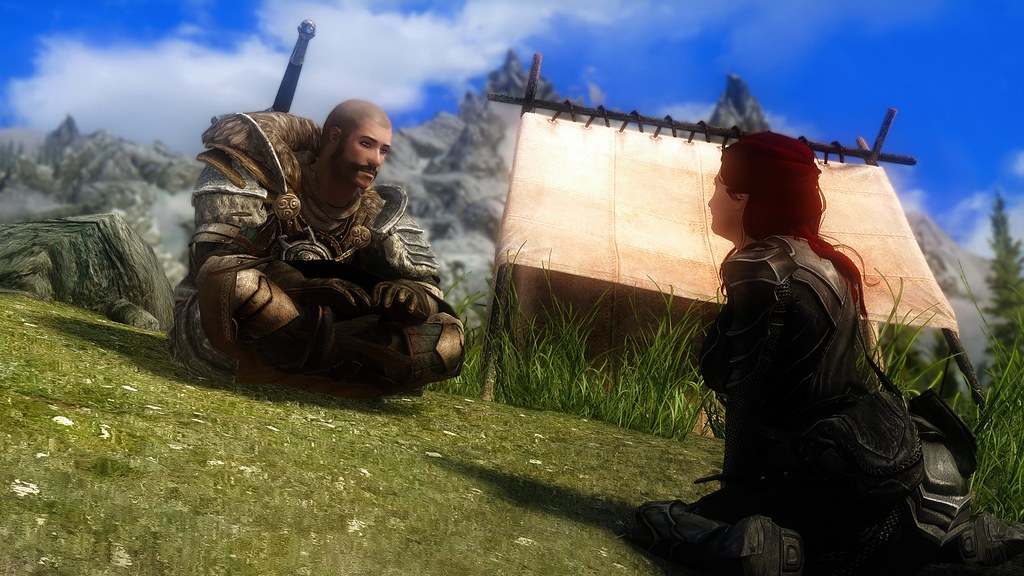 Leandra began to smile, but thought of the wounded rebels she decided to kill. But then she began to tell him of her life and how she found about her being the Dragonborn. 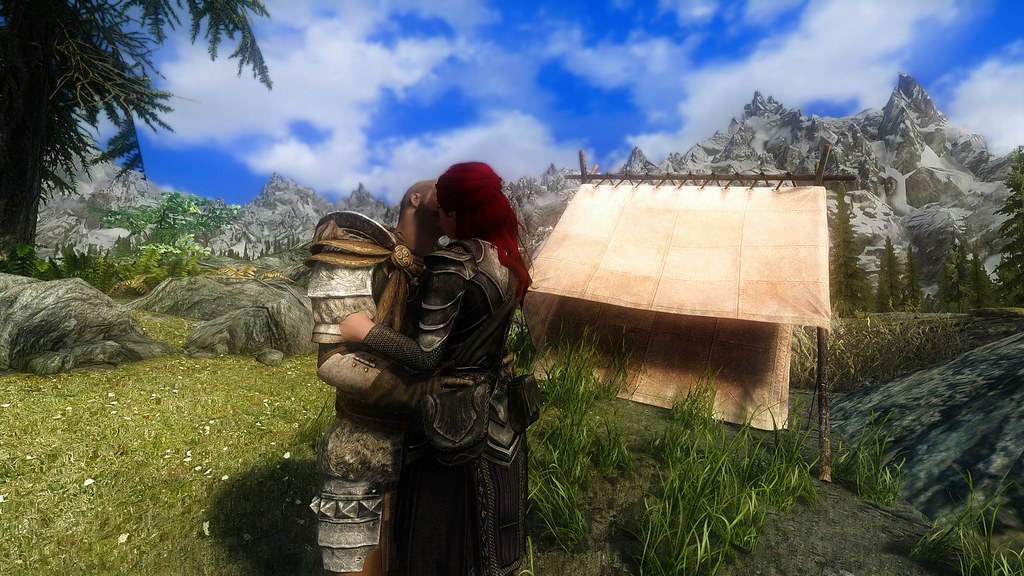 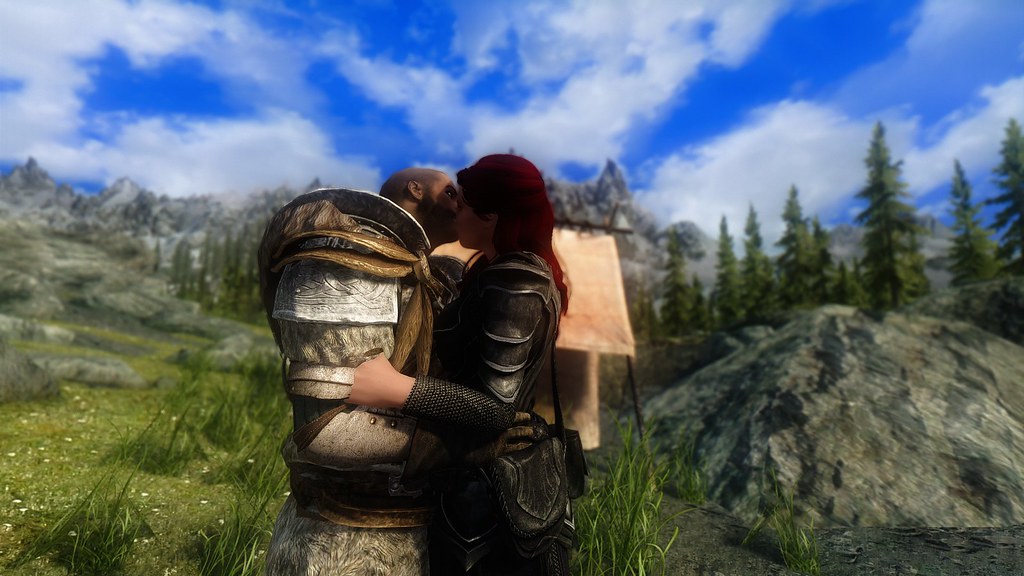 Then they got nearer and nearer until they kissed each other. Leandra felt like the time stopped as she kissed him and relaxed in his arms.
When their lips departed Gregor began to stroke her hair and Leandra tried to open his armour.
Gregor: Oh, you want to do this?
He asked and began to open her clothing. 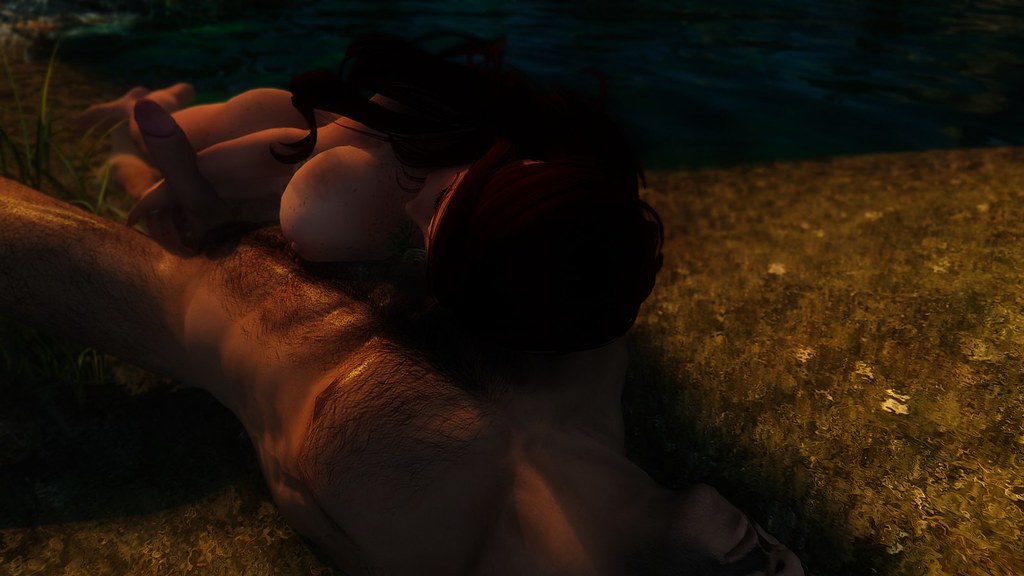 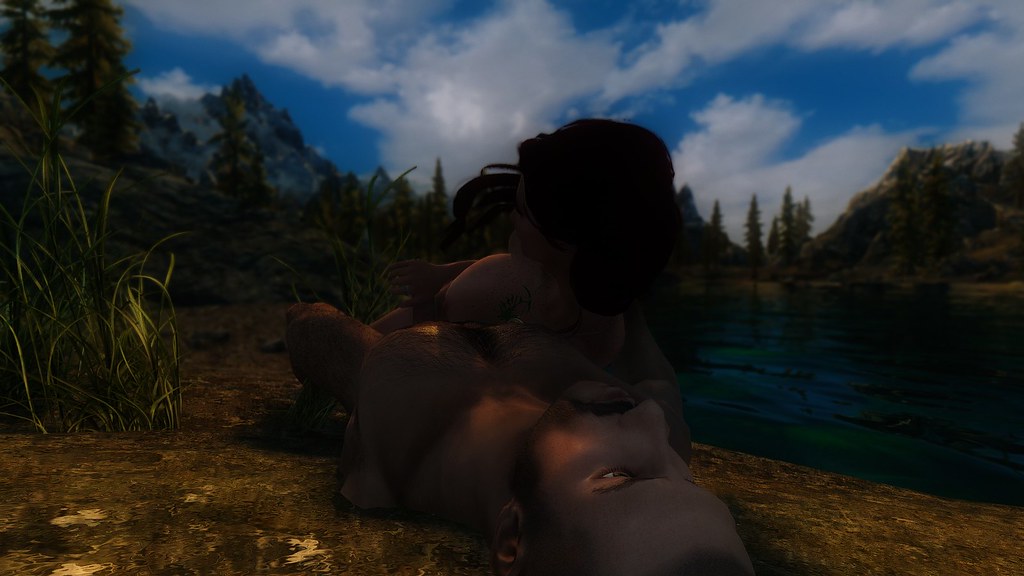 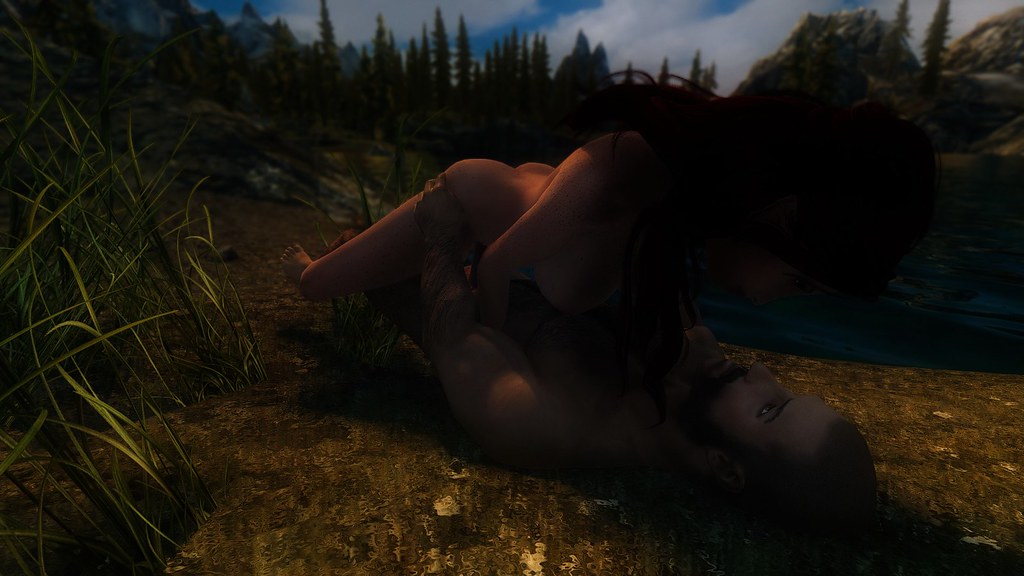 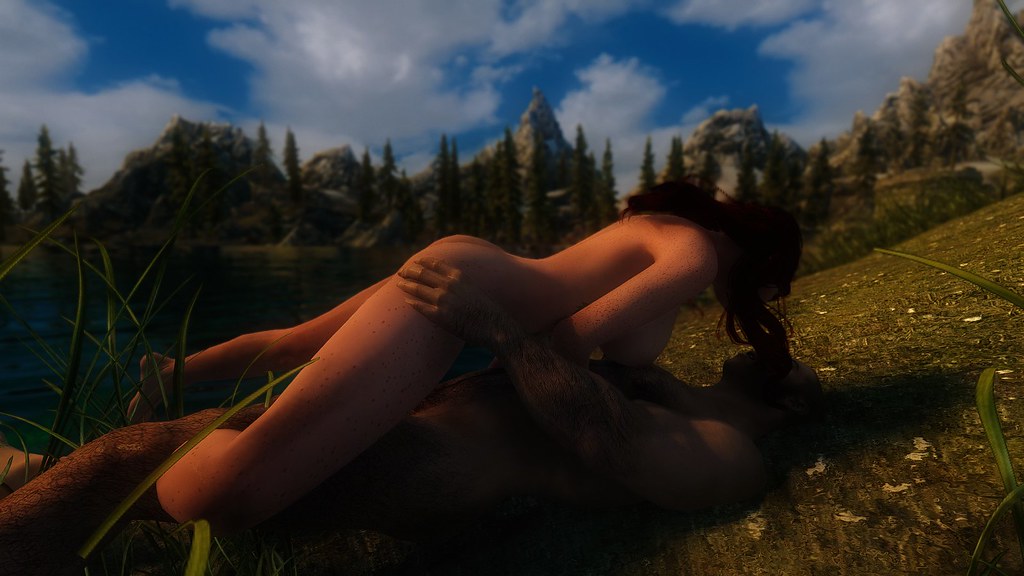 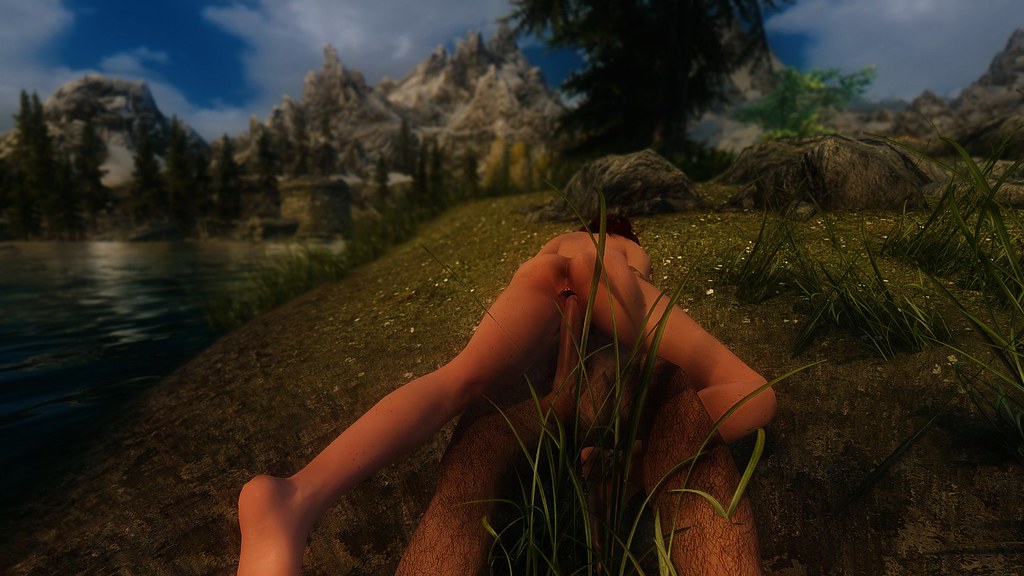 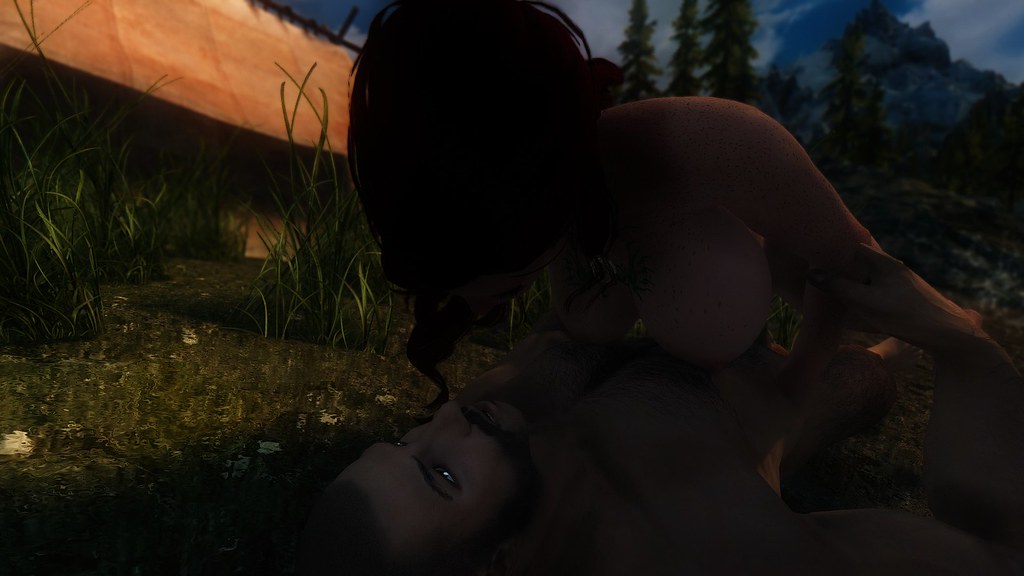 After they both were naked they lay down and Leandra fondled his cock. Gregor let out a moan and after a while Leandra put the tip of his member inside and began to move until they both came.

Since the sun was setting they slept in the tent, as soon as the morning was there they got out and Gregor lay down. 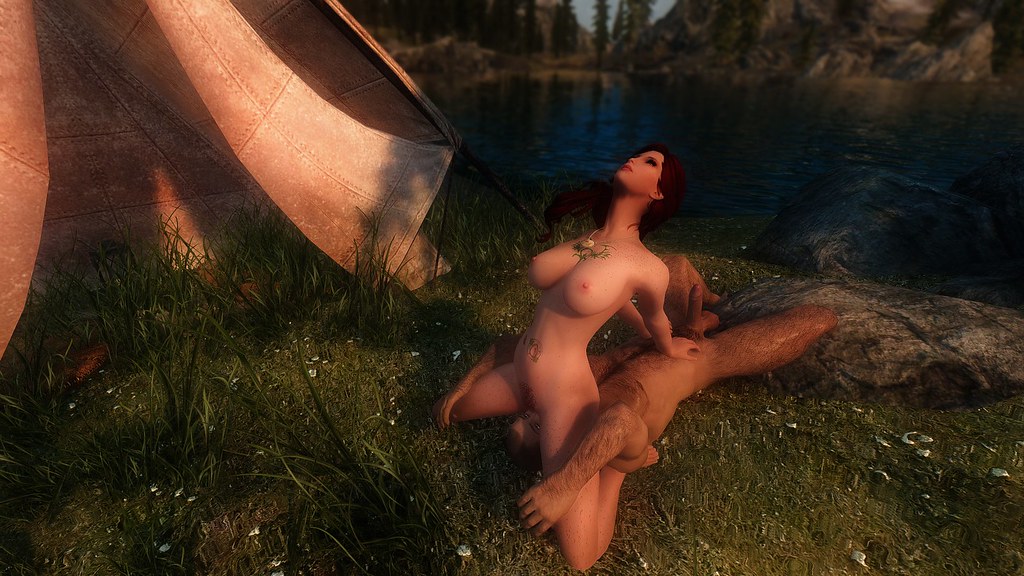 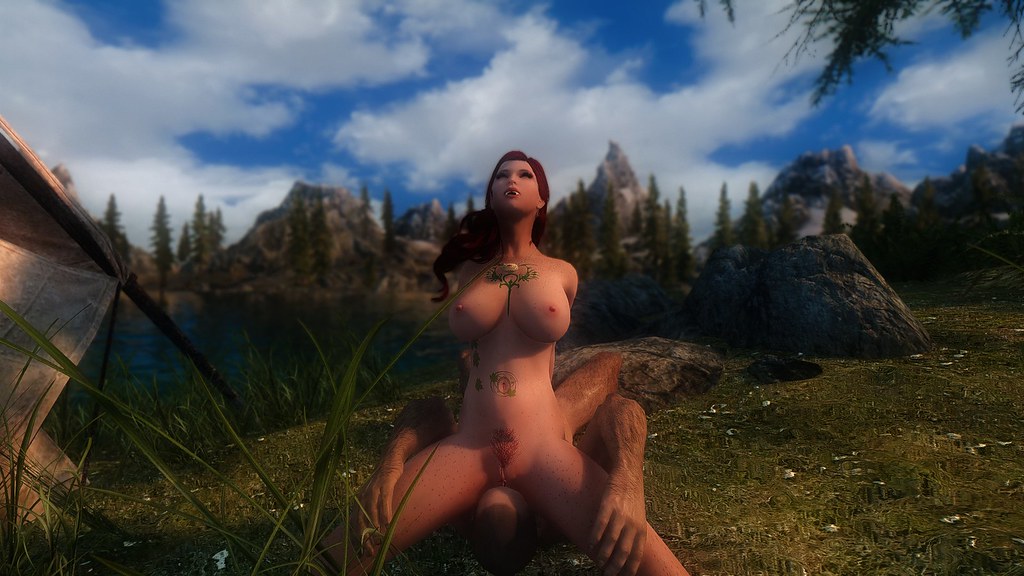 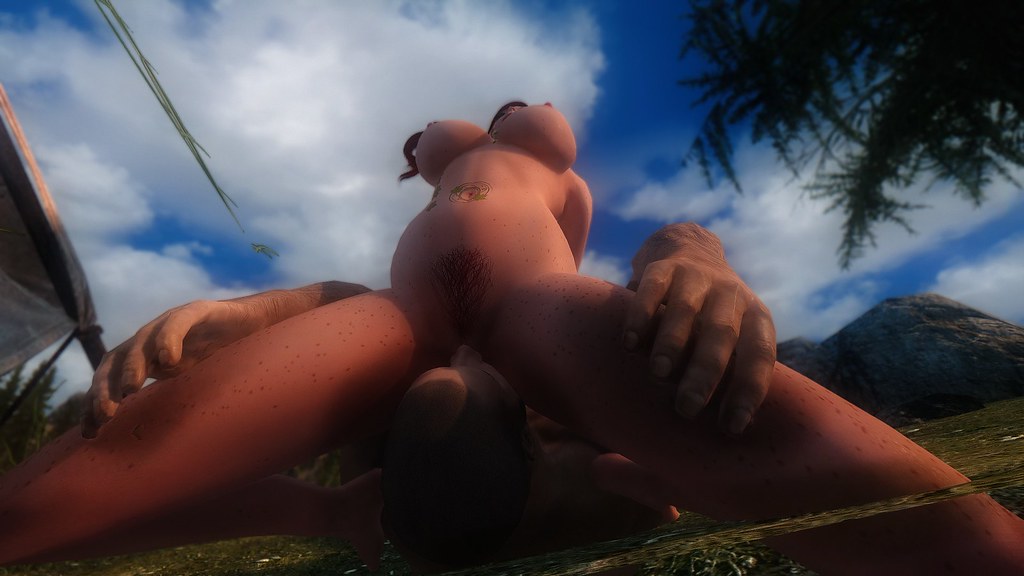 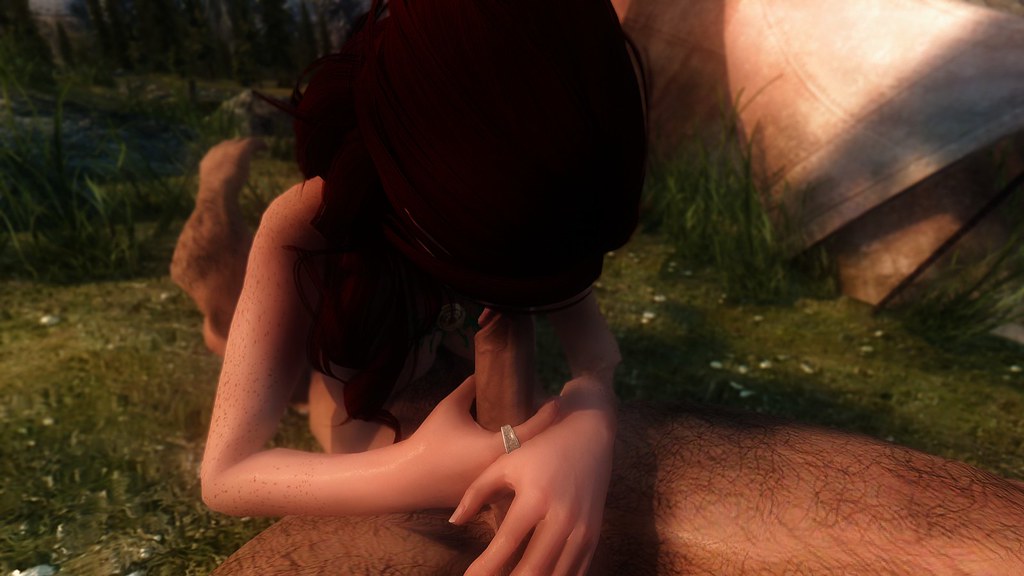 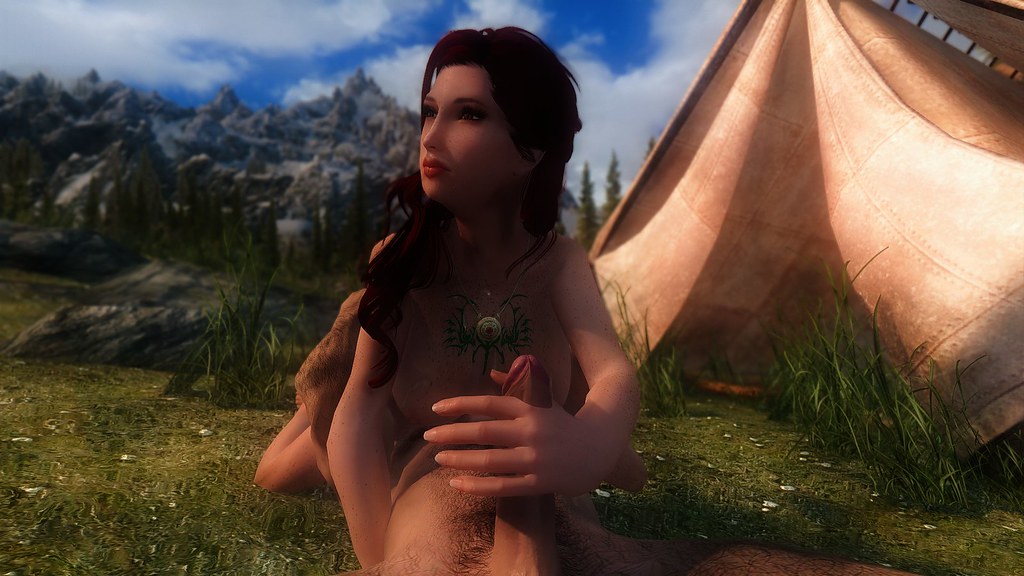 Gregor: Come here. I want you to feel good.
He said and waited until Leandra’s pussy was above him. She moaned in pleasure as she felt his tongue inside her and after a while she began to suck and rub his cock until he came. He continued to lick her pussy until she also came.
Leandra: Oh, that was awesome!
She exclaimed and laid down beside him, her breasts touching his skin.
Gregor: I’m glad you liked it, since this was the first time I had sex with a woman.
He told her shyly.
Leandra: Really? You were really, really good. I’ve fucked men who were very experienced but didn’t made cum and feel good as you did.
She told him and kissed him and felt a warmth in her heart.

Sorry again for this long absence but the weather where I live was very good and I suddenly began to like Dead by Daylight again.