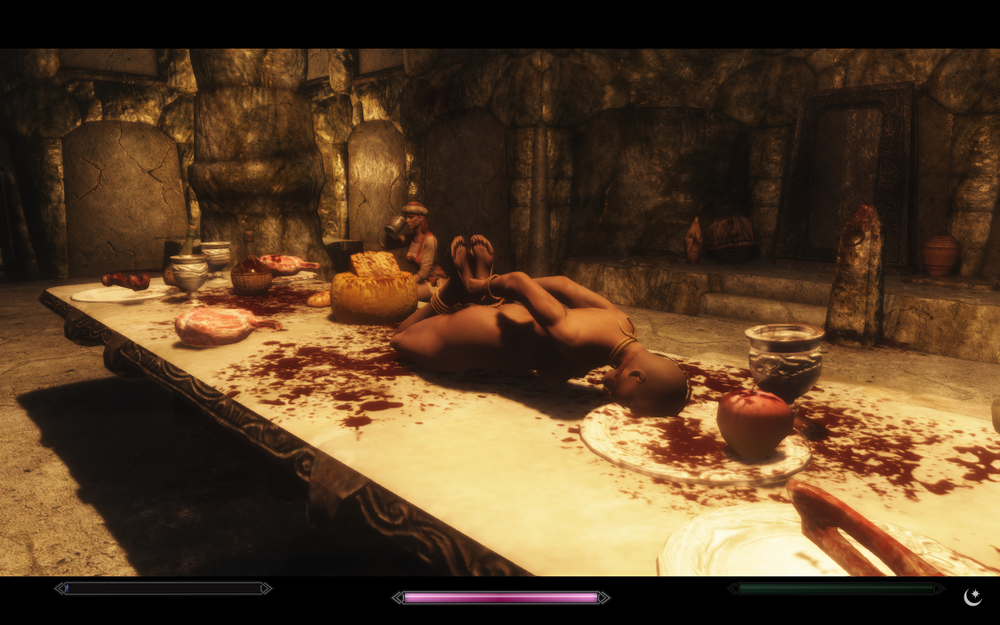 When I wanted to add a few easter egg scenes to SexLab Stories, one of the first scenes I had in mind was the ritualistic murder from 'True Detective' - the symbolism in the way it was stage would fit perfectly in Skyrim.

That and the fact that there are many references to H.P. Lovecraft in Skyrim overall. It would be fitting to add a reference to the 'King in Yellow' as well.

The problem is, the main option to add a corpse to Skyrim is to mark them as dead in the editor, which causes the body to collapse in a heap. Posing an NPC as a corpse requires some trickery.

1- Create a Corpse race - this includes:

- adding a set of hands, feet and torse

2- Make copies of clothing, armor, props - and make them compatible with the new race

3- Make the Corpse race immobile, with no interaction to the Player (check race settings)

You can use this for Necromancer rituals, dream scenes, dead prisoners, and so on...