Having got the cross working more or less as I want, it's time to get back to the original idea. 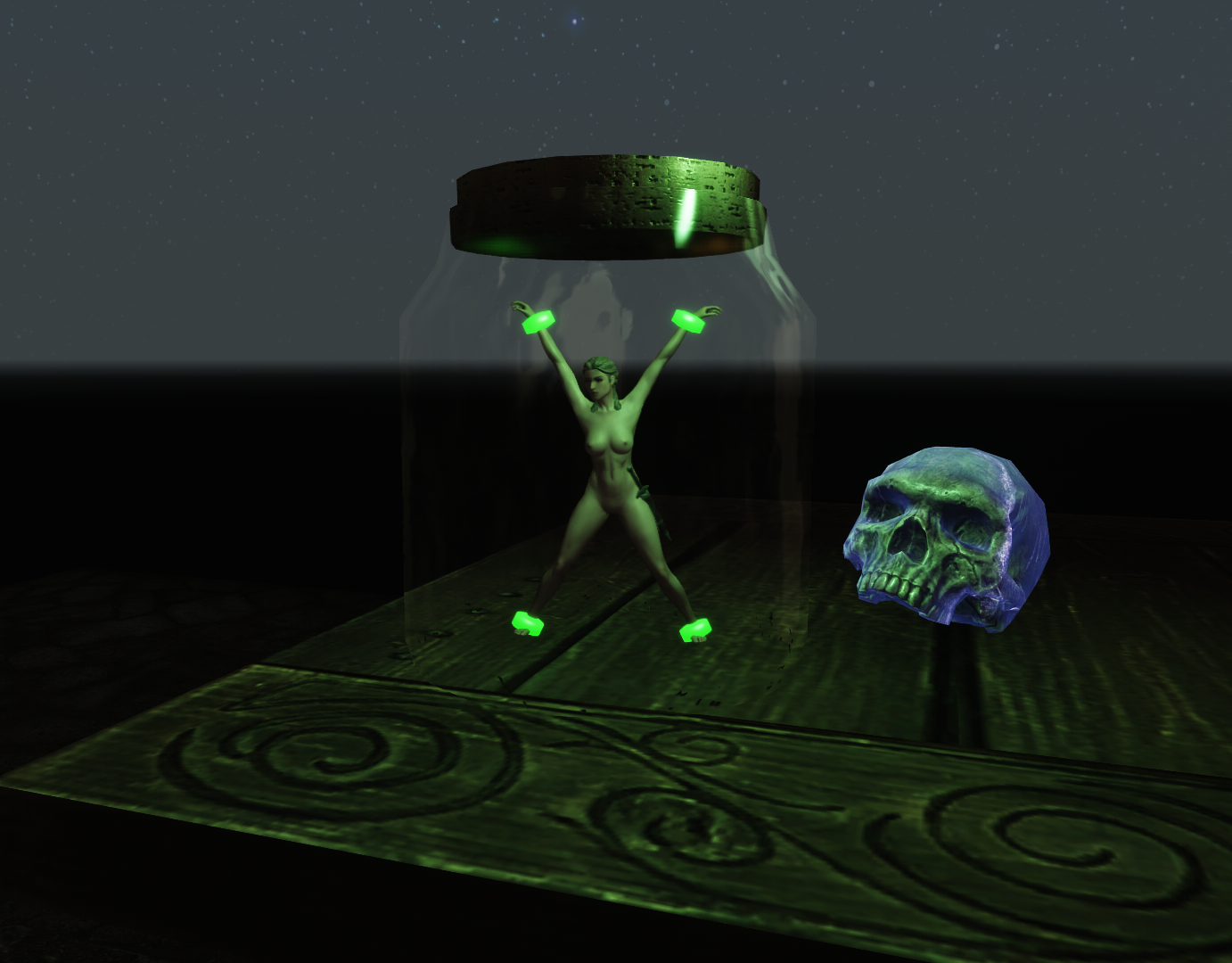 The previous girl in a jar shot was something of a cheat. I scaled down a clone of Olfina Grey-Mane, scaled down a cross, and linked the two. Then I copied the "jar" part from a bug jar, pasted it into a nif with no collision, and positioned that over the pair of them.

That worked well enough for screenshot purposes, but there was a lot you couldn't do with the result. In particular you couldn't move the damn things, and I want to be able to make a bookshelf with all these girls laid out just so.

This version, I did things differently. The cross isn't furniture, it's an AnimObject attached to the idle. I had to copy a hkx file and then define a new AO animation in FNIS, but now if I send the right animation event, Ofina adopts the pose and the jar equips itself around her. Better yet, it scales itself to the actor, so if Olfina is already shrink to a sixth of her normal size, the jar will scale to fit her. Which simplified the scripting a lot.

Better yet, I can move her around with Jaxonz Positioner. I had hoped that grabbing with the Z key would work, but it doesn't look like it will, but Jazonz is fine.

Next, I want to see if I can raise that up just a smidge. Enough that her feet don't touch the ground and that you can see the base. And I need to make the word rings reapply when the cross deploys in this manner. And I really should sort out  proper ENB lighting, or at least attach a conventional one to the jar so I don't have to keep fudging the lighting.

And after that, sex!