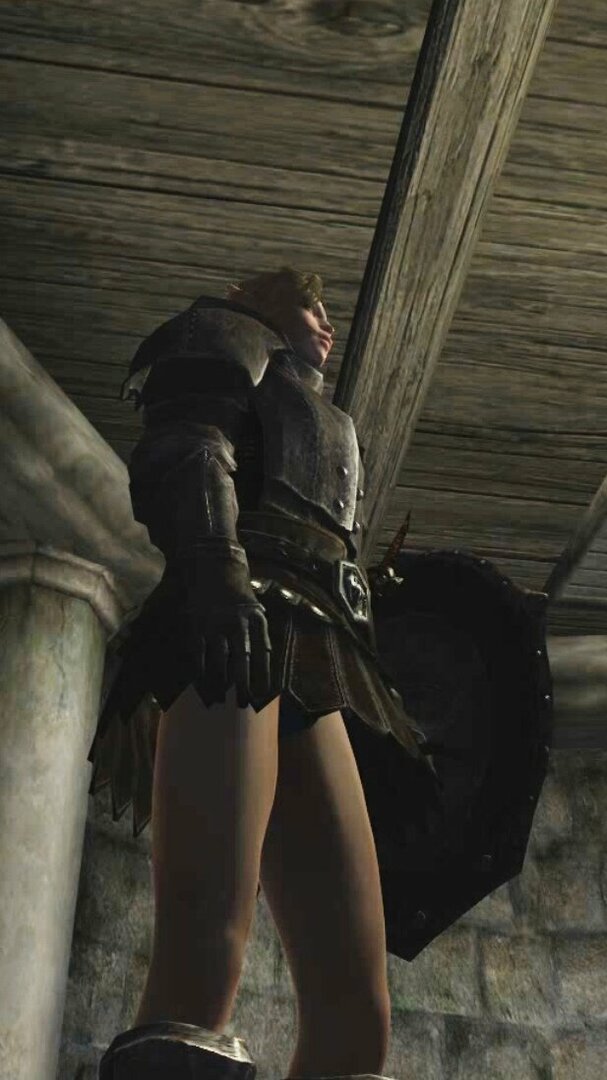 I want to tell you a little secret. I took the leather armor skirt idea from Oblivion. I modified this game so that the imperial armor looks beautiful without pants. And now I enjoy the beautiful legs and ass of the elf from this game.

I love this game and love to watch the enemies deal with the elf in this game. In this elf I see myself. And after creating the mod, I began to take screenshots of the game very often, which cause me to have vivid sexual fantasies.

Some of the poses from the screenshots give me pose ideas for photos that I want to do in the future in my fully finished suit. This is how my character looks in Tes IV: Oblivion. The armor is original. The skin, appearance and underpants have been changed. Instead of dirty cloth, the elf wears tight briefs that accentuate the contours of his penis.
Unfortunately, I could not make a free camera in the game. Therefore, it is impossible to consider all things in detail. If I were the commander, then I would only photograph all elven soldiers in skirts from this angle. I think the legs and butt can provide a lot of useful information about the elf. It is by them that you can determine the appropriate type of squad for an elf. For example, elves with large hips are able to maneuver for a long time, so they are ideal for being archers. Elves with slim hips are capable of cleverly dodging attacks, so they are perfect to be warriors.
The penis can also regulate the psycho-emotional background of the soldier, which is why every elf is sexually tested. According to its results, each elf receives underwear according to the peculiarities of the structure of his penis and wears the armor that matches his sexual portrait.
It was concluded that armor is not a high priority for the archer. But it is very important that the elf in battle has sexual desire. It is this that allows the elf to shoot quickly and very accurately, making such a squad of elven archers very dangerous for the enemy. 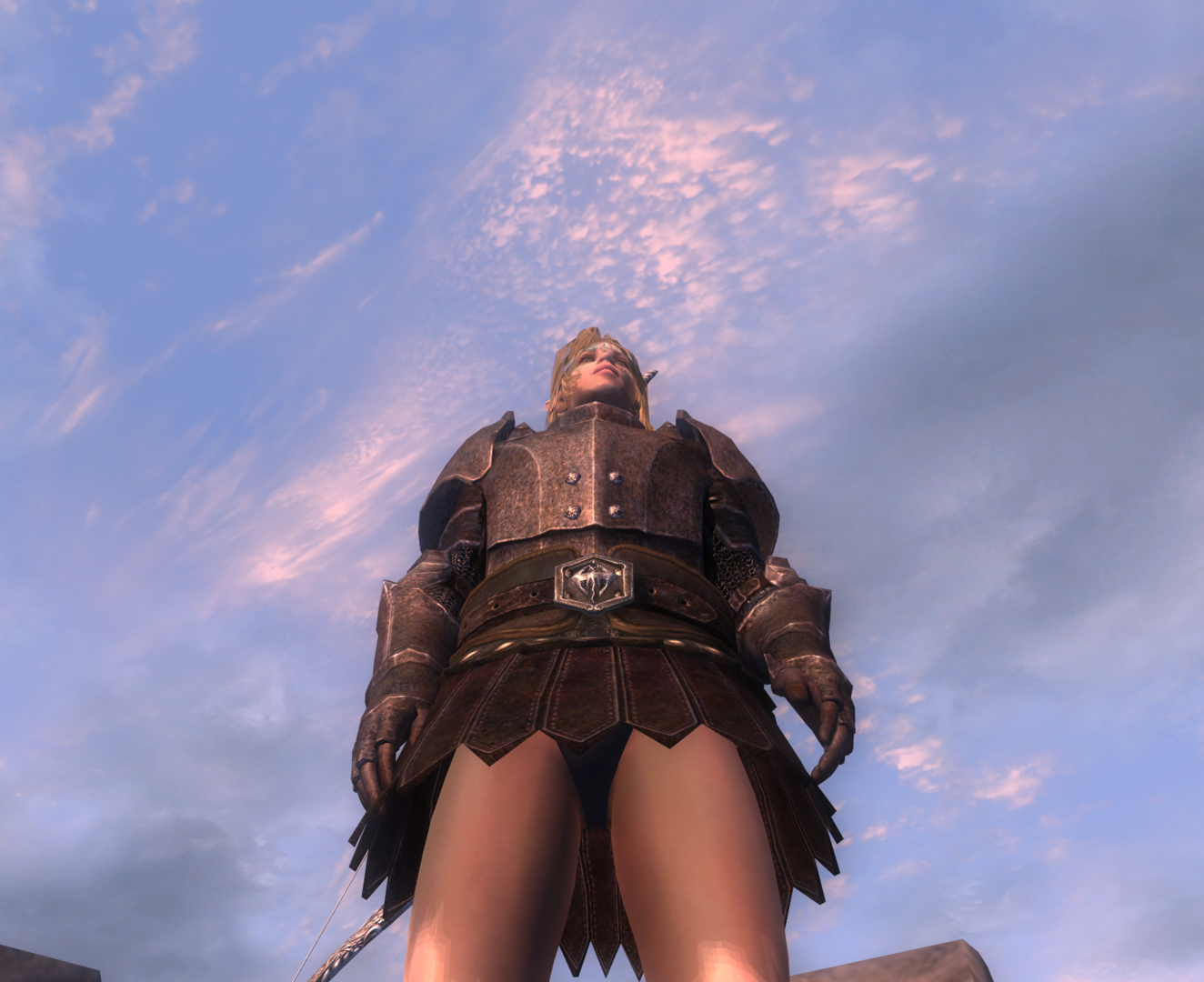 Elven archers often experienced wet dreams during battle. But that didn't bother them, because they knew they had a lot of clean briefs in their chests.
After the battle, few elves had clean briefs. Most of the elves had dirty briefs. Someone in their briefs had a few small drops. Someone after the fight had very wet and dirty briefs. And for some, the briefs became so dirty that the protein mixture dripped down their thighs right in the fight.
The wounded and dead elves had the dirtiest briefs. When they were sexually tense, they would often orgasm while taking damage, which eased their pain. Therefore, it was very common to find elves lying on the ground, whose panties, skirts and thighs were covered with various traces of semen. These elves smelled sweet, which made them stand out from other soldiers.
The fact that elves secrete liquid protein is known to many. Therefore, witches often came to the battlefield, who collected this liquid protein in their test tubes, masturbating the penises of the elves who died in battle.