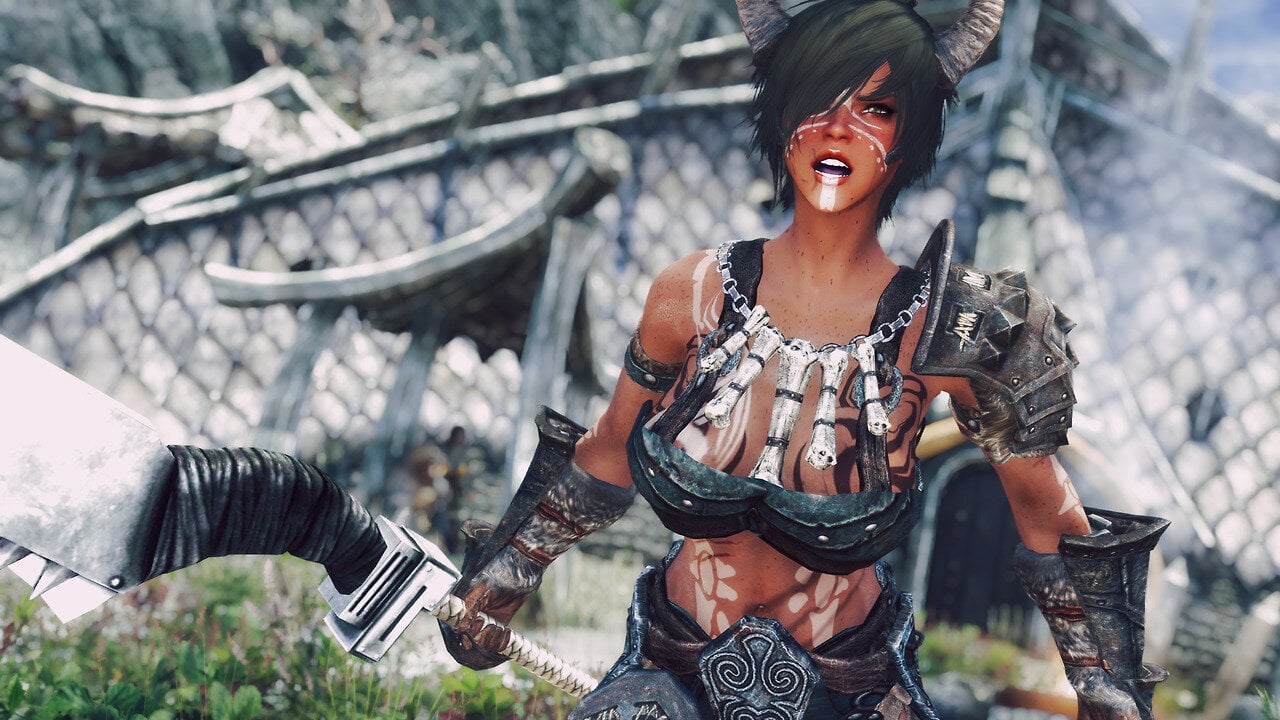 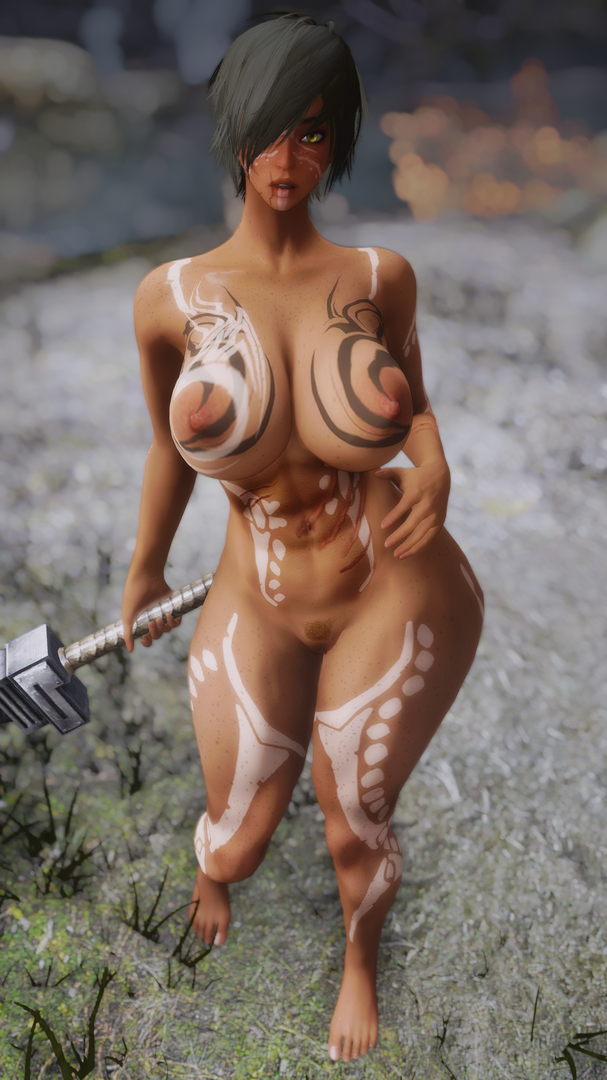 When people in Skyrim hear tale of demons, they either associate the term with Daedra, or people over exaggerating how strong someone was. However, when people hear tale of the Little Demon, fear grips them for they know that they’re about to hear something quite outlandish… But very much so true…

Agrathia, born as Taviia Rhoshte, and was born to a wealthy pair of Redguard merchants and an heir to a franchise that was soon to become a dynasty. However, that would never come to pass as when she was but only sixteen months old, Taviia’s parents and their guards were attacked and killed by a group of bandits. Not ones so meaninglessly slaughter children, the bandits spared her, but left her to face her impending death as nature would have it… That is until the Orsimer, Burguk the Chieftain of Dushnikh Yal, found her and took her back to his stronghold where he grew Taviia up alongside his other offspring: Nagrub, Umurn, Lash gra-Dushnikh, and the child that Ghorbash, unknown to Burguk, had had with an outsider and was previously on the outskirts of, Sarvei.

Shel, Burguk’s favorite wife, gave young Taviia the name Agrathia for the Orsimer knew not what her real name was and needed something to call her by, and although Agrathia was not an Orc, Burguk tried to have her raised as his own daughter. However, no matter how good she did or how well she was able to grasp the concepts and traditions of the stronghold, Agrathia wasn’t accepted by most of the Stronghold. This was especially true when it came to Burguk’s own children and although Sarvei tried her best to make Agrathia feel at home, the young Redguard felt more and more alienated by the day than Burguk had ever wanted her to for years into her childhood… And then an outsider showed up.

When Agrathia was nine, a young female Orsimer who was but a year older than her, showed up to the stronghold to challenge Burguk for the right to be chief. It was a laughable notion and went against their traditions; however this young girl would not relent on wanting a showdown with Burguk. So for four months, this girl came to challenge Burguk and was immediately turned away.  One day when Burguk was out hunting, the girl showed up and no one would answer her. Upset that no one would either shun the girl or fight for her “father’s” honor, Agrathia went out and faced her. Agrathia thought that a challenge would be nothing but a spar like she’d done with Burguk’s lot before. However, the young girl swiftly dealt with Agrathia. But before she could land the finishing blow, Burguk showed up and disarmed the young Orc and forced her and his children into his longhouse.

Burguk was furious that none of his legitimate children thought to deal with this “threat” and punished each of them for the same amount of time that the outsider had been challenging him for. As for Agrathia and the Orc girl, Burguk gave them one week to prepare for they would do an official battle with these stakes: if Agrathia lost, she’d be exiled from the stronghold and the Orc girl would indeed be able to challenge Burguk for the right to be chief. After a week, the pair fought to a draw in a fierce battle that to this day is still talked about throughout the stronghold. Although she didn’t win, Agrathia had finally began to garner respect and acknowledgement from others in the stronghold, and seeing as there was no clear winner, Burguk allowed the girl, Gonka gra-Atulslag, to stay in Dushnikh Yal until the day that they next did battle.

Though the beginning was rough between the two girls, through the next three years their animosity toward each other turned into a rivalry, which in turn blossomed into a great friendship, wherein Gonka helped Agrathia fit in with the rest of the Orcs so much so that rather than calling her Blood-kin they simply saw her as one of their own flesh and blood. It soon became clear that Agrathia was becoming a force to be reckoned with, and rather than stifle her potential, Burguk offered her a challenge in order to push her to her absolute limit. He told her that if she weren’t able to find a mate or a challenge worthy to have their stories told throughout the ages by her 22nd birthday, then she would have to become his next wife.

Rather than feel anxious about such an absurd task, at the age of twelve Agrathia decided it was time that she traveled the land to hone herself, and find exactly what Burguk sought from her. One year after that was when rumors of the one called the “Little Demon” began to circulate around the various Holds in the province. Stories of a girl, clad in the armor of her victims, going around and wreaking havoc for various bandit gangs. Tales of a young girl, facing odds against creatures that even seasoned veterans dared not face. The tales kept on building up until her seventeen year… When the dragons started coming back to life.

Agrathia didn’t slay a single dragon throughout the entire crisis, however her actions during the first dragon sighting after Helgen were nothing short of legendary. Agrathia happened to be the first one onto the scene, before both the Dragonborn and the Companion’s Harbinger, and she was able to keep the dragon at bay for an entire thirty minutes without involving anyone else… And while keeping damage to the surrounding land to a minimum.

Since then, Agrathia has been utilizing her time in the aim of getting strong enough (in her mind) in order to carry out Chief Burguk’s challenge to her… As well as assisting Gonka on a myriad of assignments throughout the province.