Much has been said about how flawed the game is, many speaking on various points. While I can certainly see and understand the majority of the usually mentioned issues, I tend to see the game as, at least. good. Though my own issues with the game tend to be much smaller details, which could have easily been done better, but for some reason, was not. Granted, mods likely fix some of these problems, but not all of them.

To put this in perspective, this problem means I CANNOT play a male Argonian, and do the main quest. It just does not sound right. It seems odd, though, how both the Khajiit Male and Female, along with the Argonian female options have the proper VA for the shouts.

NPC Recognition of  a Non-Nord Dragonborn

Now, I'm not talking to the extent that some NPCs would actively disbelieve the claims that you are Dragonborn if you are playing, say, a Khajiit, but some reference to that, perhaps even momentary instances of Ulfric being taken aback, if not outright thinking you are playing a joke on him when you arrive to request his presence in High Hrothgar during the Season Unending quest, and it would take proving it to him, in order to have him attend. Along with similar, albeit smaller scale encounters for other NPCs and/or quests.

Tanning Rack and Smelter give no Smithing experience?

Granted, I know the basic reason for this - it is highly exploitable. Meaning that you can craft whatever you can, break it down at the Smelter, and if you have enough materials left, craft it again, and again. But the fact that in the vanilla game, you get no experience, not even halved or at least some small amount, is odd. As both tanning hides and smelting metal and raw ore, are part of the process.

Complete Crafting Overhaul Remade - This mod not only makes a number of changes to some armors, clothing, etc, but also ties into some popular mods like Immersive Armors, Immersive Weapons, etc. But the main point here, is that it has a option to have an amount of experience gained for using the Tanning Rack and Smelter.

A simple issue. When not moving, there is no problem. But once the player begins moving, the character's arms are held as if they are holding two swords...even if you only have one equipped.

Left Hand Fix For One Handed Weapons - This mod makes the character use the same animation as when wielding a one handed sword and a spell, while only using the One Handed Sword and no spell equipped, while moving. The effect this has is to seem as if the character is keeping their other hand at the ready, and not a closed fist like they are holding a second sword.

Many have remarked on this particular skill being one that, like in Oblivion, relies on the player's skill for the mini-game, and the actual in-game skill only makes the mini-game easier in some respects. But my irritation is that, I don't have a serious problem with the mini-game, at least not overall. Save for two issues. The first would be, that it seems the lockpicks are made from a very brittle metal, leading one of my first thoughts to suggest that, all the picks in the game where made by the Blacksmith assistant in Markarth. The second, would be how just before a pick is to break, it seems to stick, and you are occasionally unable to correct a possible mistake, no matter if you have found the right spot or not. Also annoying in that same vein, would be the higher lock levels occasionally breaking a pick when you first try a spot, yet the second won't be so quickly broken. What?

The second point here, is locked chests. What I mean by this, would be chests that are locked, and there is no key - but the chest is supposedly in a bandit hideout, or anywhere else where it seems the chest is being used by the location's occupants,. But they don't have a key for it. So do they have to pick it open too? The idea is, these chests are locked only for the sake of gameplay, with little or no consideration for, if being locked makes any sense.

Also, I have to point out that, on a somewhat unrelated note, the game has at least one instance of a locked chest, behind a locked door. Both of them being locks with high lock levels. Seriously? Which then there lies the problem if a lock's level not scaling the loot inside. Ugh.

"You're not supposed to be in here" and Trespassing

Why do I have a problem with this aspect of the game? Easy. Imagine having any instance where, a location should be perfectly open for the player to explore, regardless of if the player can't take items without it being considered stealing. Then imagine that soon after, something changes, and suddenly the player is not supposed to be there. But this is no easy transition. No being politely asked to leave, if necessary. Oh, no. It is an instant YOU HAVE TO LEAVE, NOW. sort of deal. What makes it worse, is when this is due to a bug. Such as... 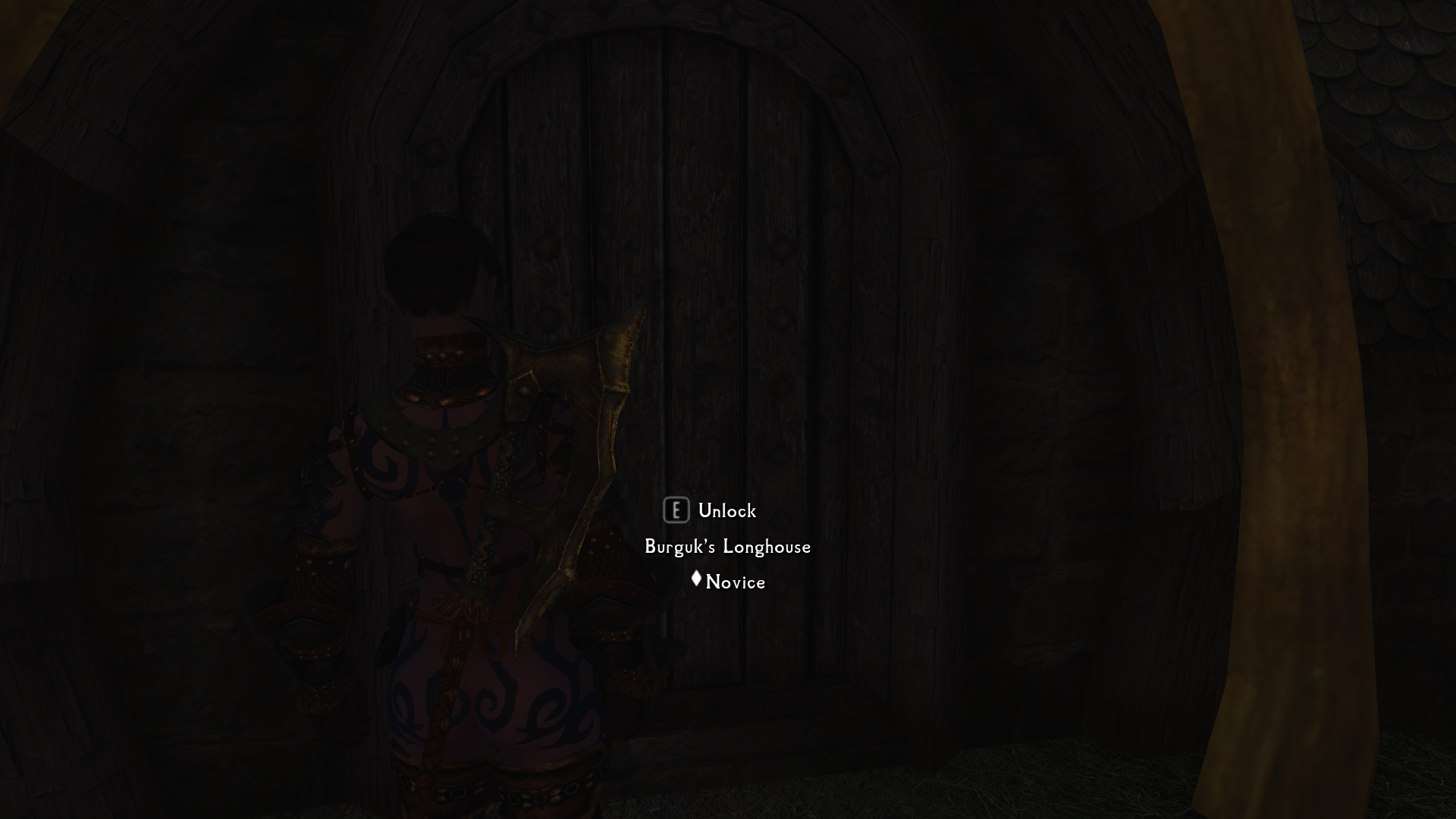 See the problem? Could be a mod conflict, sure, but really.