UPDATES FROM THE KE TEAM

Recently on KE I wrote a post breaking down our numbers after being online for 6 months - 6 Days ago.  Figured I would post it here  with updated numbers in addition to some other stats, just to give folks an idea of how far we have come. For those of you on the outside looking in wondering whats going on in there, the community has been busy.  If you are wondering where everyone is at...well come join the party.

Just got to say in under 6 months the community have come roaring back from a "we are on life support" mode to as strong as ever.  I think Moro would be proud. These numbers have nothing to do with the the 6 of us admins.  This is all about the community at large who basically said the end of MG is not going to be the end of the Community.  None of this is possible without them.

And can we talk about the Modding Community......Damnnnnn son

Something new that we did was polled the community for a change. One of the most active threads we have going is a friednly debate around the importance of Hook5, 64Bit, Will here be a Hook6, and where users preferences are at with all that is going.  So...we posed the simple question in a poll.

What did we learn? With almost 296 Members responsing (Putting the Margin of Error at about  +- 8%).  Some surprising conclusions 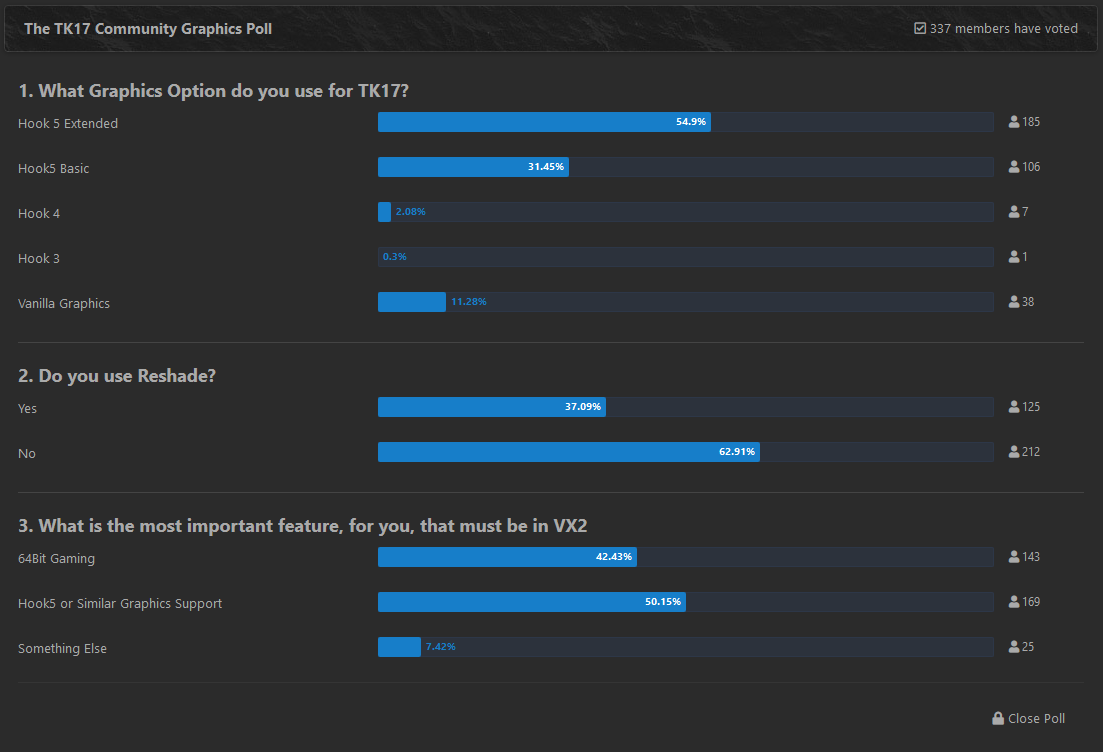